I am informed that the Board of Trustees at the University of North Carolina at Chapel Hill has adopted both the Chicago Free Speech Principles, and the Kalven Principles that undergird free speech at the University of Chicago. The former guarantees the freest speech of any American university;  the latter ensures that no units of the university can make official pronouncements on morality, politics, or ideology unless they affect the direct mission of the institution. Here’s the directive taken from this meeting; the last two paragraphs are the important ones. 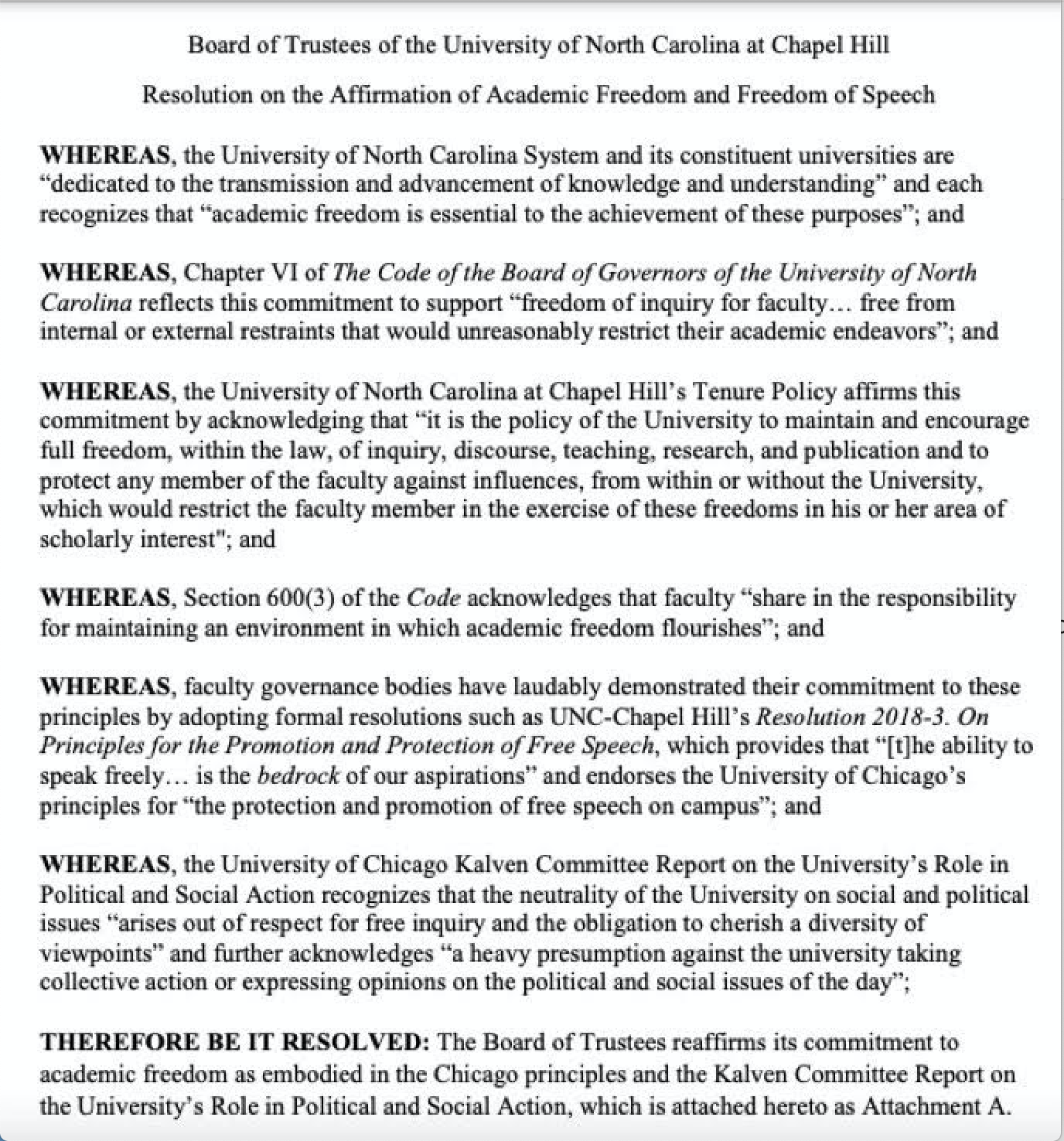 While more than eighty universities have adopted the Free Speech Principles, I believe that UNC Chapel Hill is the first school to adopt the Kalven Principles. That’s a harder thing to get done, for schools, particularly these days, just can’t resist making statements about their ideological and political principles, even though such statements chill the speech of opponents and therefore work against freedom of speech.

I hope that trustees and regents of state universities across the country will take note of the action of the UNC Trustees and follow suit. https://t.co/Cp7TR98WLZ