We have had two young ducklings, offspring of Audrey, disappear in the last two days. Since they’ve just learned to fly, I hoped that they simply flew away.

And indeed one did, but to its death. I was called this morning by a student who knew me, telling me that there was a dead mallard in front of the Regenstein library, right across the street from the pond. I immediately knew what happened. I ran across the street, and sure enough, it was one of our “babies”. It had flown away, but wasn’t able to see the building. It had clearly been killed instantly.

I am putting up photos, but you don’t have to look.  I just hope the first one that disappeared yesterday made it to safety. 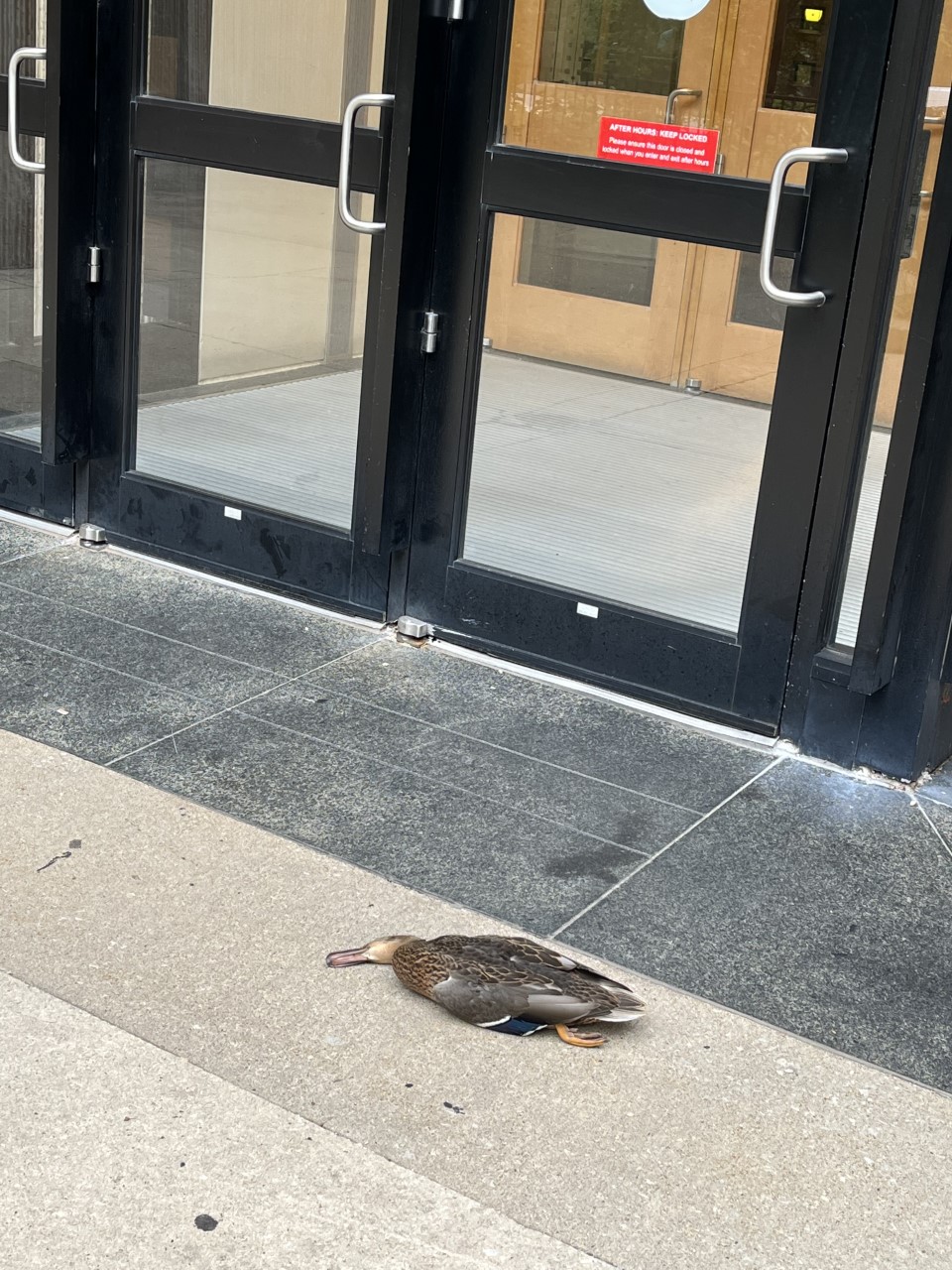 Our baby. It was so beautiful. 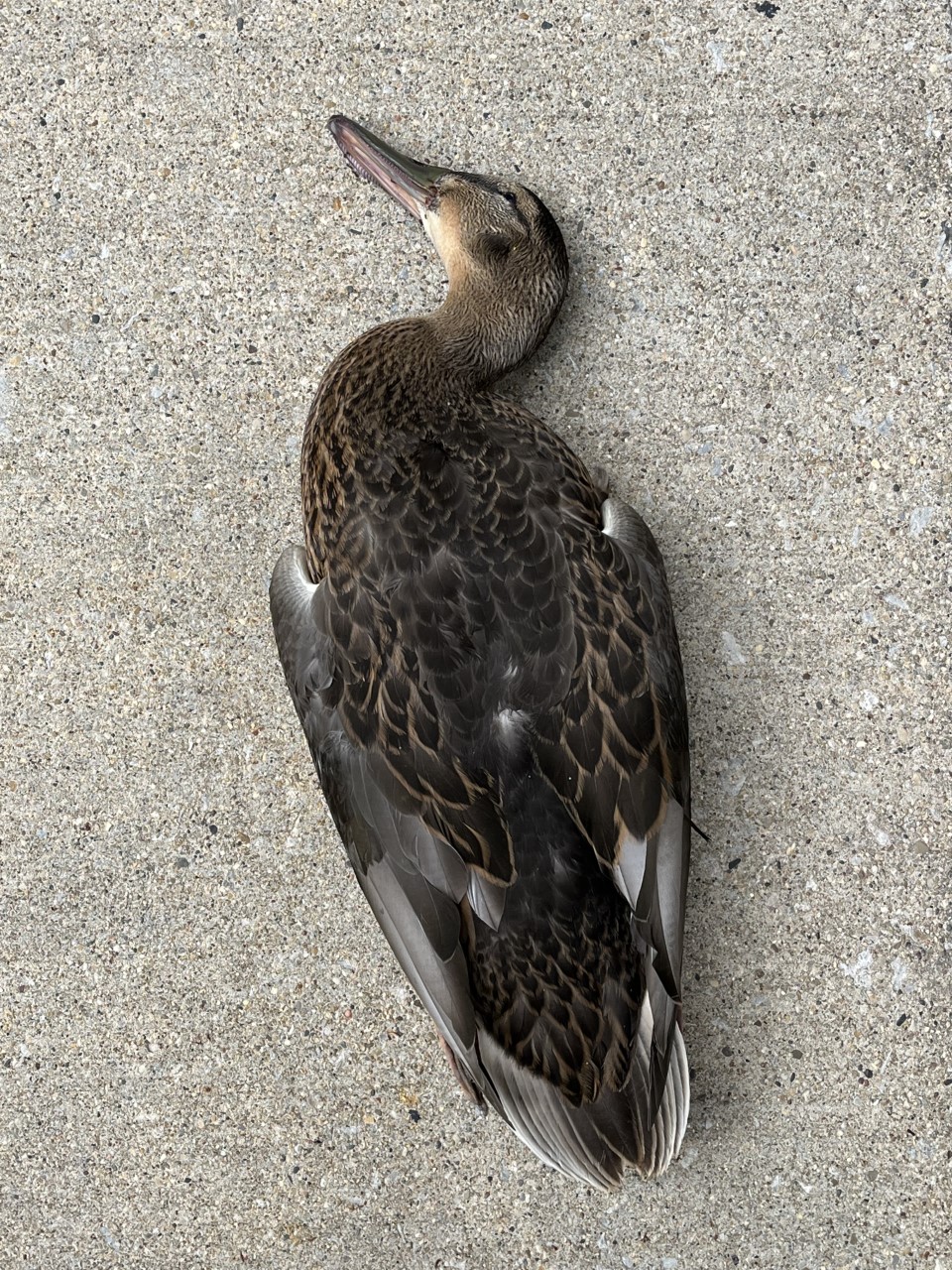 These wings were meant to help it soar high up and away to the south. 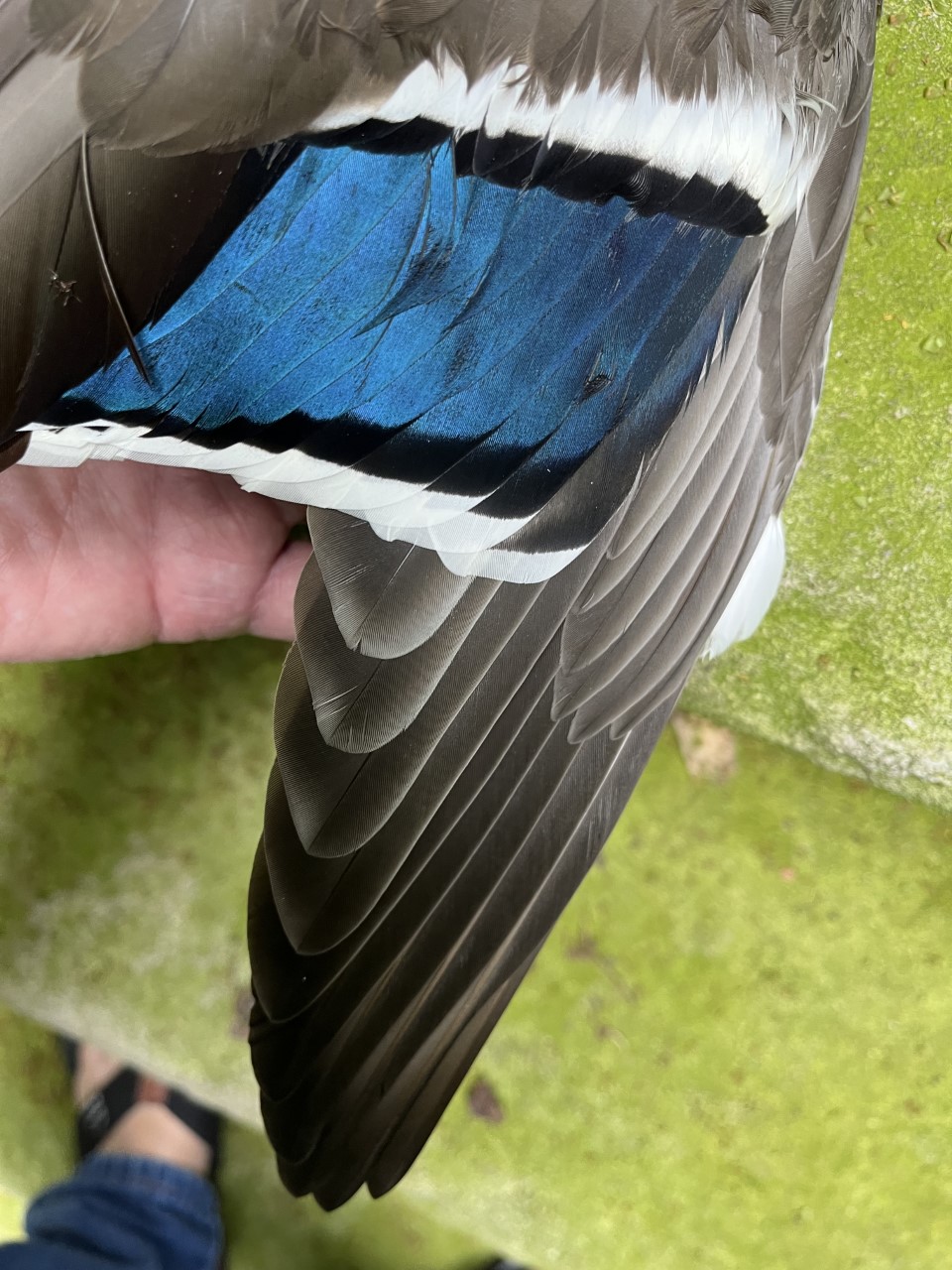 Please don’t tell me that the library should do something about its windows so this won’t happen to birds. I will ask about that, of course, but today I don’t need advice. Posting will be light or nonexistent for the rest of the day.

Facilities has a procedure for disposing of dead animals, and I’ve asked them to take care of it. But first I carried it back to the pond where it grew up, and laid it down there. It will be taken away.

It’s been a tough year at the pond, what with the antagonism, the need to rescue newborns, the separation of mothers from babies, and now this. This baby never got the chance to live out its life in the wild as a free mallard.

RIP, sweet duckling. We helped them grow up from the very first day they entered the pond. I hope the others don’t meet this fate.

24 thoughts on “RIP, one of our juvenile mallards”