Here are two cases of apparent religious discrimination exercised by employees of the drugstore chain Walgreen’s. I’d like to know what readers think about the legality of these situations, which will probably be decided this fall by the Supreme Court.

According to several sources, including NBC News and USA Today, a Walgreen’s employee in Wisconsin refused to ring up condoms at the checkout counter, and a pharmacy employee at a different Walgreen’s refused to give a women her prescribed birth-control pills—both on religious grounds. Click below to see the two stories:

Below is a tweet by Nathan Pentz, who went to a Walgreen’s in Wisconsin and was embarrassed when the cashier wouldn’t ring up some condoms:

Nathan Pentz tweeted earlier this month that his partner, Jess, went to buy condoms at a store in Hayward because she forgot her birth control. He said when she went to the checkout, the cashier said he would not ring up the condoms, because of his faith.

Pentz also tweeted the couple’s customer service response to Walgreens, which said the employee “embarrass[ed] [her] in front of other customers because of her reproductive choices.”

The thread goes on, and includes an eyewitness who saw the whole thing:

We went to Hayward to get some groceries and a stop at @Walgreens because we had left Jess birth control at home. As Jess was checking out, cashier John told her he couldn’t sell her the condoms. “Oh I got them from over there.”

In a statement to NBC News, a Walgreens spokesperson said its employee’s actions did not violate company policy.

“Our policies are designed to ensure we meet the needs of our patients and customers while respecting the religious and moral beliefs of our team members,” the spokesperson said. “The instances are rare, however when a team member has a moral or religious conviction about completing a transaction, they are required to refer the customer to another employee or manager on duty who will complete the transaction, which is what occurred in this instance.”

But what if there is no other cashier on duty? Sometimes I go to Walgreen’s to get milk on my way to work, and at about 5:30 there is only one cashier on duty. Or what if every employee refuses services on those grounds?

Now I suppose you could say that the employee was simply exercising his religious freedom. More on that below, but NBC News notes this:

Incidents of faith-based objections in business have received more attention in recent years. In the most prominent example, the Supreme Court ruled in 2018 in favor of a cake-maker who objected to baking a cake for a gay couple, though the court did not address the larger issue of whether businesses can refuse service outright on religious grounds.

In February, the court agreed to hear the case of a web design firm in Colorado that objected to providing services for same-sex marriages. That case will be heard in October.

Pillgate: This incident is even worse because it involves duplicity on the part of a pharmacy. Click to read:

TikTok user Abigail Martin said she has been using birth control for six years. She said she called in her prescription on a Saturday, only to receive a response saying that she was out of refills.

After waiting on hold and receiving no response, Martin said she went into a Walgreens location to talk to the pharmacist.

In a recent TikTok, Martin said the woman at the pharmacy, who she said was wearing two crosses around her neck, looked Martin up and down before saying she couldn’t refill the prescription.

“I said, ‘You won’t refill it or you can’t refill it?’ And she goes, ‘You just need to call your provider,'” Martin said.

The four-day delay was apparently imposed by Walgreen’s itself, who said the pills were “out of stock.”  (That was surely a lie.) The woman who refused to provide the pills apparently does this regularly.

Here’s Martin’s TikTok describing the incident (she has nearly a million followers). Do watch it (she begins to break down at the end—the wages of discrimination):

i am so beyond pissed at our country right now. #roevwade #prochoice #womensrights #birthcontrol #vanlife

Below is Walgreen’s policy, which, as you see, allows religious people to refuse to sell certain items BUT the religious person must find someone immediately to sell the item. Pentz was rung up by a manager, but Martin wasn’t even informed of the company policy.  They should at least force the woman wearing the crosses to tell the customer that they will find someone to fill the prescription. And what is Walgreen’s doing delaying the prescription for four days and lying about it being “out of stock”? Company policy should not allow lying.

Our policy allows pharmacists to step away from filling a prescription for which they have a moral objection. At the same time, they are also required to refer the prescription to another pharmacist or manager on duty to meet the patient's needs in a timely manner.

Now my question, and the question to the readers is “Is this kind of religious-based discrimination against customers/items legal”? After all, the First Amendment guarantees one the right to practice religious freedom. But that is not an unlimited permission: teachers, for example, are not allowed to pray in class because it violates the religious freedom of those who hear it, who might feel coerced. And there are “public accommodation laws”, as in Colorado, which forbids businesses serving the public to discriminate against customers, even on religious grounds.

That Colorado law was the reason why the Supreme Court had to decide a related case, when bakers at the Masterpiece Cake Company in Lakewood, Colorado, refused to bake a wedding cake in 2012 for a legally married same-sex couple, Charlie Craig and David Mullins.

The couple filed a lawsuit and the state court decided in favor of Craig and Mullins. As Wikipedia notes, “the cake shop was ordered not only to provide cakes to same-sex marriages, but to ‘change its company policies, provide ‘comprehensive staff training’ regarding public accommodations discrimination, and provide quarterly reports for the next two years regarding steps it has taken to come into compliance and whether it has turned away any prospective customers.”

Masterpiece appealed, and the appellate court upheld the state court decision: there could be no discrimination against customers, even though the bakery claimed that not making any wedding cakes, which they decided to do, cost them 40% of their business.

The next step was an appeal to the Supreme Court, which ruled, in the case of Masterpiece Cakeshop v. Colorado Civil Rights Commission (the vote was 7-2  with Ginsburg and Sotomayor dissenting), to uphold Masterpiece and strike down the appellate court decision. But the grounds, which did include First Amendment considerations, were not that the bakery discriminated against the customers’ homosexuality. Rather, they ruled that the Colorado Civil Rights Commission itself had shown hostility towards religion. I quote from the court’s majority opinion; bolding is mine:

The Commission’s hostility was inconsistent with the First Amendment’s guarantee that our laws be applied in a manner that is neutral toward religion. Phillips was entitled to a neutral decisionmaker who would give full and fair consideration to his religious objection as he sought to assert it in all of the circumstances in which this case was presented, considered, and decided. In this case the adjudication concerned a context that may well be different going forward in the respects noted above. However later cases raising these or similar concerns are resolved in the future, for these reasons the rulings of the Commission and of the state court that enforced the Commission’s order must be invalidated.

The Commission was deemed “not neutral”, ergo a violation of the First Amendment.

Note that the court did not rule whether an individual business serving the public (including Walgreen’s in the cases above) could discriminate among customers based on the faith of the business’s employees. That, said the court, would be left to a future decision.

And that decision will be made this fall, almost surely in favor of allowing businesses to discriminate on religious grounds. Here’s the case that will be decided this fall:

The Supreme Court granted certiorari to 303 Creative LLC v. Elenis in February 2022, which again dealt with Colorado’s anti-discrimination laws as they apply to public businesses. The case concerns a Christian web designer who seeks to make wedding announcement websites for heterosexual couples only. She fears punishment under Colorado’s anti-discrimination law and thus aims to block the law as a violation of her First Amendment rights.

Does anybody doubt that the highly religious Supreme Court will allow this kind of discrimination? And in the case of Walgreen’s or other businesses, it could well rule that if Walgreen’s owner was religious, the entire company would not have to sell birth control to anyone based on religious grounds. They wouldn’t of course, as the public would simply boycott the company to death (there are already calls to boycott Walgreen’s). But this is possible for smaller businesses, and wasn’t settled in the Masterpiece case.

But suppose, for instance, that one’s “religion” allowed other forms of discrimination, say against sex or ethnicity? That would not be allowed under any construal of the Constitution, as it would constitute illegal practice. Why, then, would discrimination on the grounds of religion be permissible? Would restaurants be able to refuse to serve gay customers?

My own view is that if you serve the public, you have to serve them equally, and public good takes precedence over the religious beliefs of a business owner or employee. (Remember, we have a conflict between two constitutional “rights” here.)

As to whether a single employee, as in the condom case above, should be able to decline service but immediately get someone in the business to provide that service, I don’t know. There is no discrimination by the business, but by an employee, and in the end there was no discrimination in sales. Still, can’t a company require its employees, as a condition of employment, to serve all customers equally? Can it fire someone who doesn’t? Or does that requirement violate the First Aendment

These are issues that are legally unresolved, but will be this fall. And, I’m afraid, most of us won’t be happy with the decision. 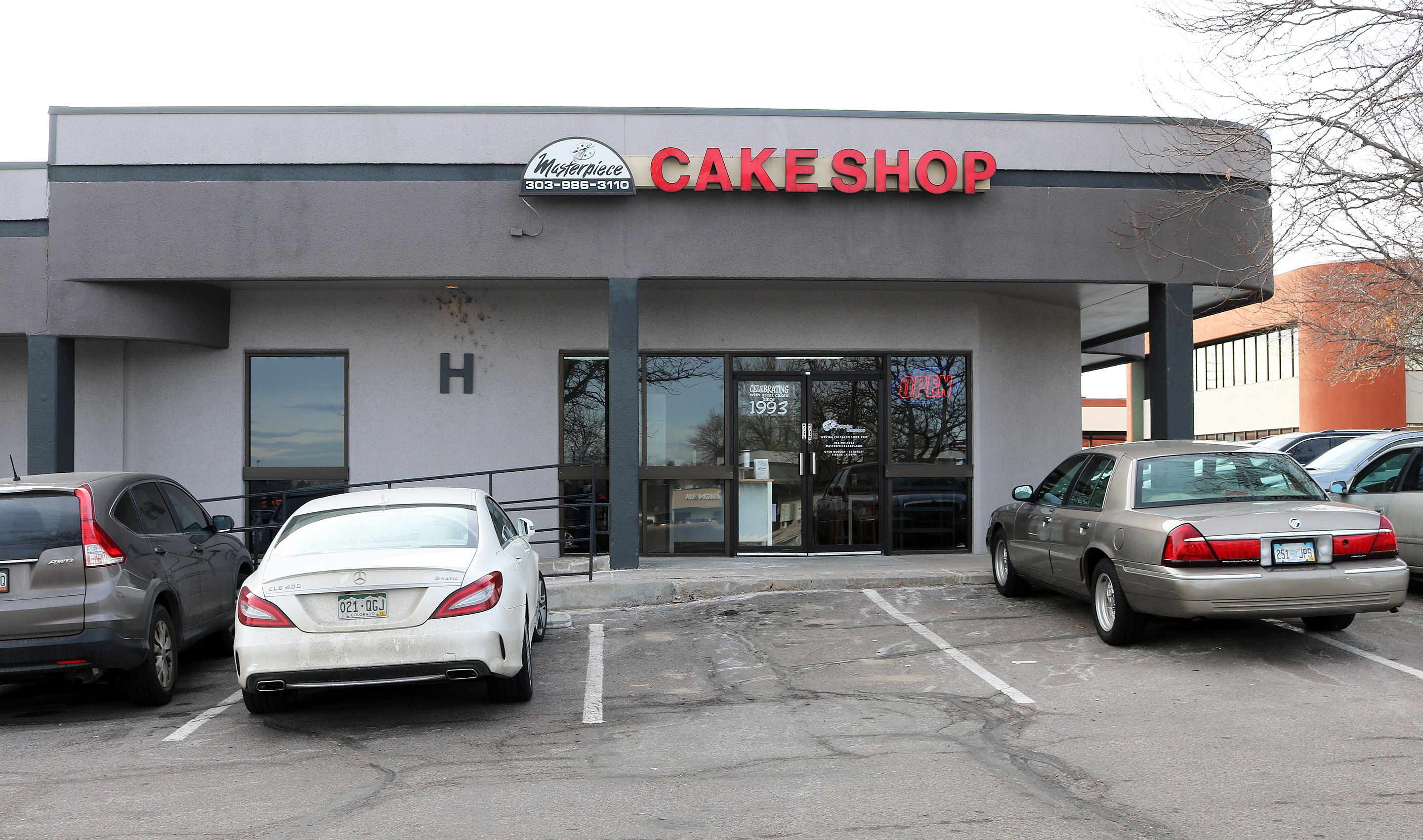 104 thoughts on “Some Walgreen’s employees refuse to sell condoms and birth-control medication because it violates their faith; company says that’s allowed by their rules, but the Supreme Court will rule this fall”