Reader Rick Longworth observed a family of robins this year. His photos and videos are below, and you can click on the photos to enlarge them. Rick’s test is indented. Be sure to watch the video!

A pair of American robins (Turdus migratorius ) built a nest in our breezeway this year and they are finally fledging.  At first, I paid little attention as the couple constructed the nest and the 3 eggs were laid. Later the noise of the chicks begging for food caught my attention.  I noticed the nest was very tall and seemed layered, so I thought it might be a new nest built on top of an old one. I know they often have multiple broods in a season. 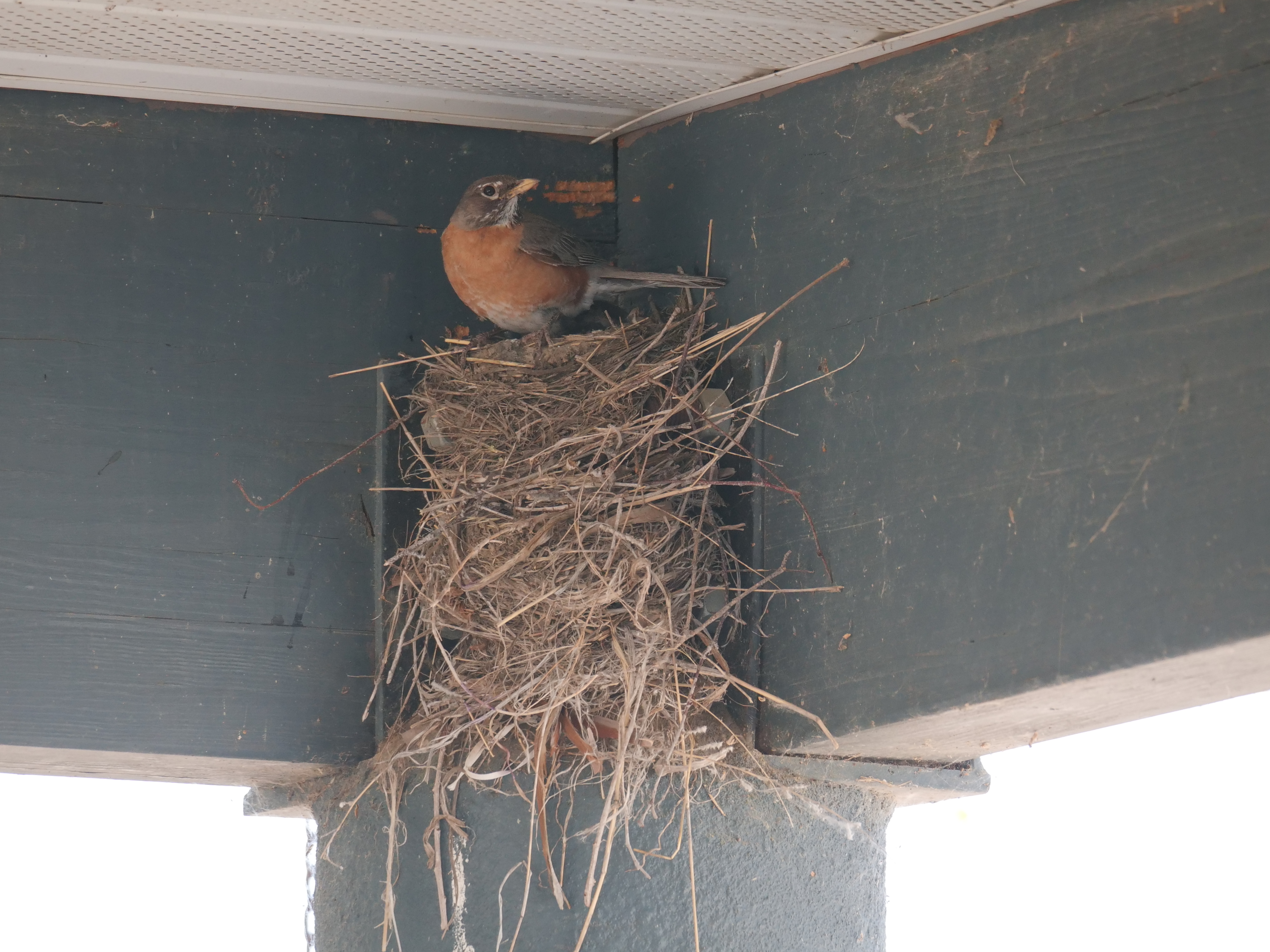 In the afternoon heat, sometimes above 100°F, the chicks kept their beaks open. 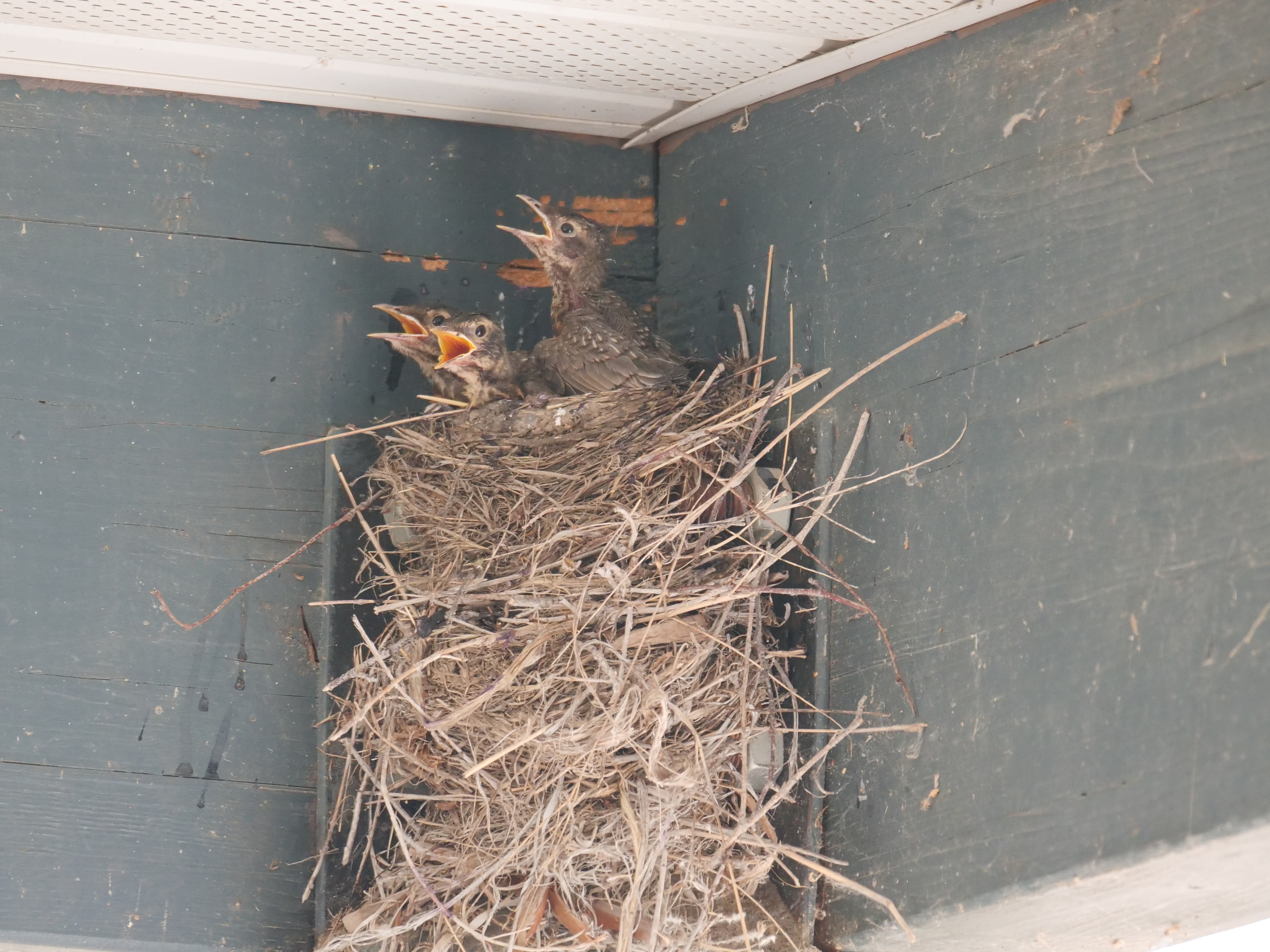 When the chicks were growing too big for the nest, I hoped to film the fledging event and I set the camera to run for a while as the largest nestling exercised its wings. Fortunately, it jumped while the camera was rolling. First, all three are fed a beak full of earthworms. Then the jump. Mama robin with her worn and tattered plumage makes an attempt to reward the jumper with more worms.

That mother is WORN OUT!

The poor mom looked like she’s been run through a laundry dryer she was so overworked.  The next morning the other two chicks fledged and followed mom into the hedge behind the house. The parents will find bugs for them for a few more days until they get the hang of it. Now that the young were off on their own, I hoped mom would recover quickly. 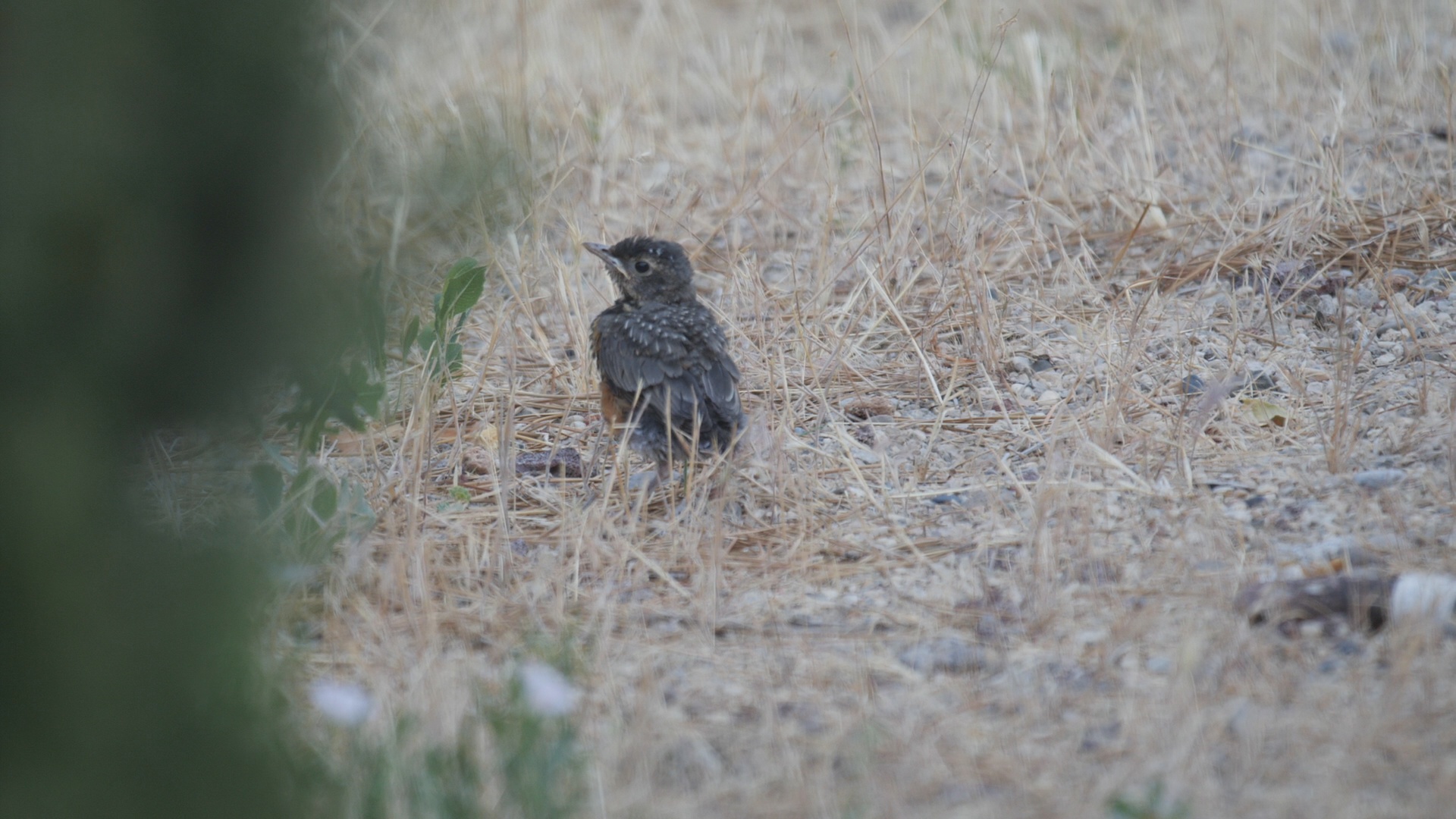 Finally, I dissected the nest to see why it seemed so tall.  It was 10” high and seemed to have a false start at the 6” level. There was a “bowl” shape, but not finished. 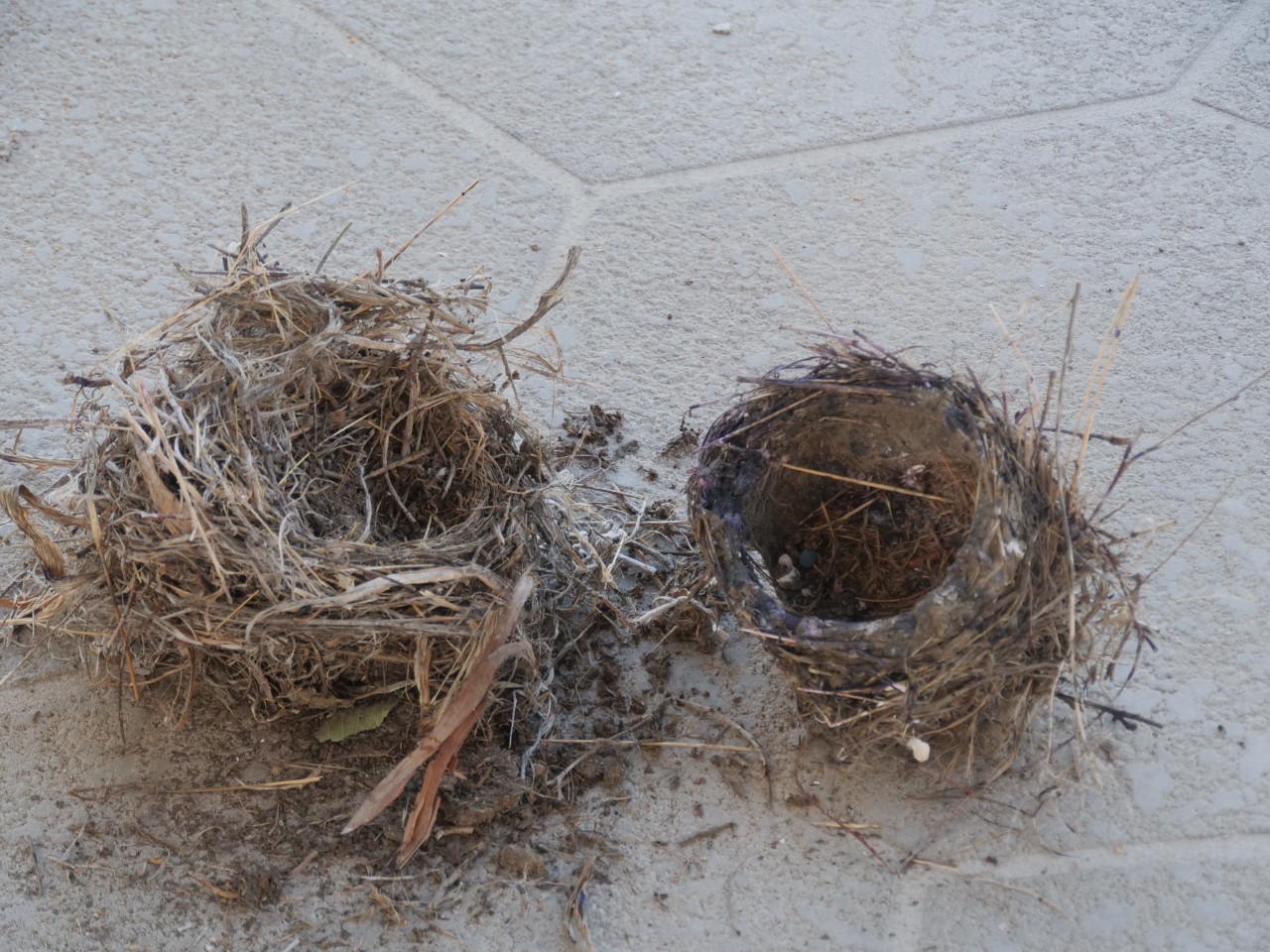 I originally thought, based on Rick’s surmise, that this was the third time the robin had nested, and her nests were build successively on top of each other. His dissection showed that we were wrong. He emailed me this:

I assumed wrong.  I have now dissected the nest and find that it was not a three story nest at all.  A little data goes a long way.

The nest is 10″ high and the lower part is simply foundation material.  There is no finished “bowl”, only the suggestion of one at the 6″ level.

It appears she started to finish it but then decided it wasn’t high enough and put more material on top.

Attached is a picture of the dissection showing the lower and top sections.

Earlier activity in the spring must have been nest building and brooding of the current clutch.