The latest Jesus and Mo strip, called “sects”, comes with a comment: “at the very least.”

“Comms” apparently means “communications”, and the barmaid’s argument is an oldie and a goodie. I love to ask believers who are, say, Southern Baptists, why they think the claims of their faith is right when if they’d been born in Saudia Arabia they would be Muslims, having a completely different point of view and different factual beliefs. I’ve never gotten a satisfactory answer, which means that most believers don’t ponder the important question of why they believe what they do. Most of the time, of course, it’s simply what they were taught when younger. Often those teachings disappear for a while but return to an adult in one form or another. Lapsed Christians, for example, may not return to Christianity, but many of them become soft on Christianity. 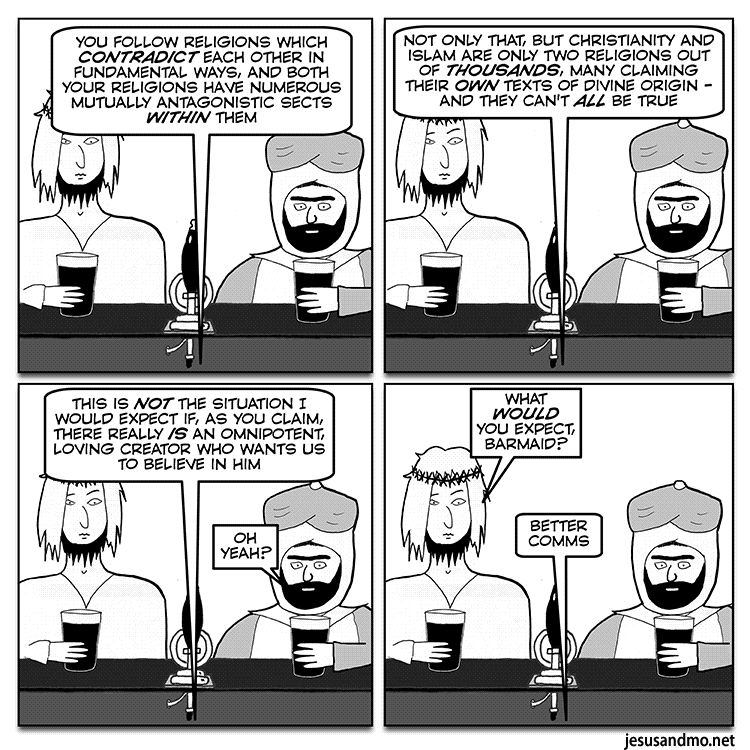