Every four years since 1936, the prestigious Fields Medal is awarded to a maximum of four young mathematicians (under 40) for outstanding accomplishments. The awarding organization is the International Congress of the International Mathematical Union.

It’s seen as the “Nobel Prize in Mathematics,” even though it isn’t formally a Nobel. But in one way it’s better: it’s awarded every four years instead of yearly. Since the Nobel Prize in any area can be given to up to three people, the maximum number of Nobelists in four years is twelve—compared to four for the Fields.

The down side, if there is one given the immense prestige the Fields confers, is that it doesn’t come with a lot of dosh—about $15,000 Canadian. In contrast, a Nobel Prize comes with a sum of 10 million Swedish kroner—almost exactly one million U.S. dollars. (If there are two winners it’s split evenly, if three the division is decided by the Swedes.) $15,000 won’t enable you to buy a beach house, as Feynman did with his Nobel money. But money seems of much smaller consequence than the fact that winners are topped for the life with the halo “Fields Medal Winner.” (See the movie “Good Will Hunting.”)

The Fields was just awarded to four people, including only the second woman ever to win. And she’s from Ukraine! 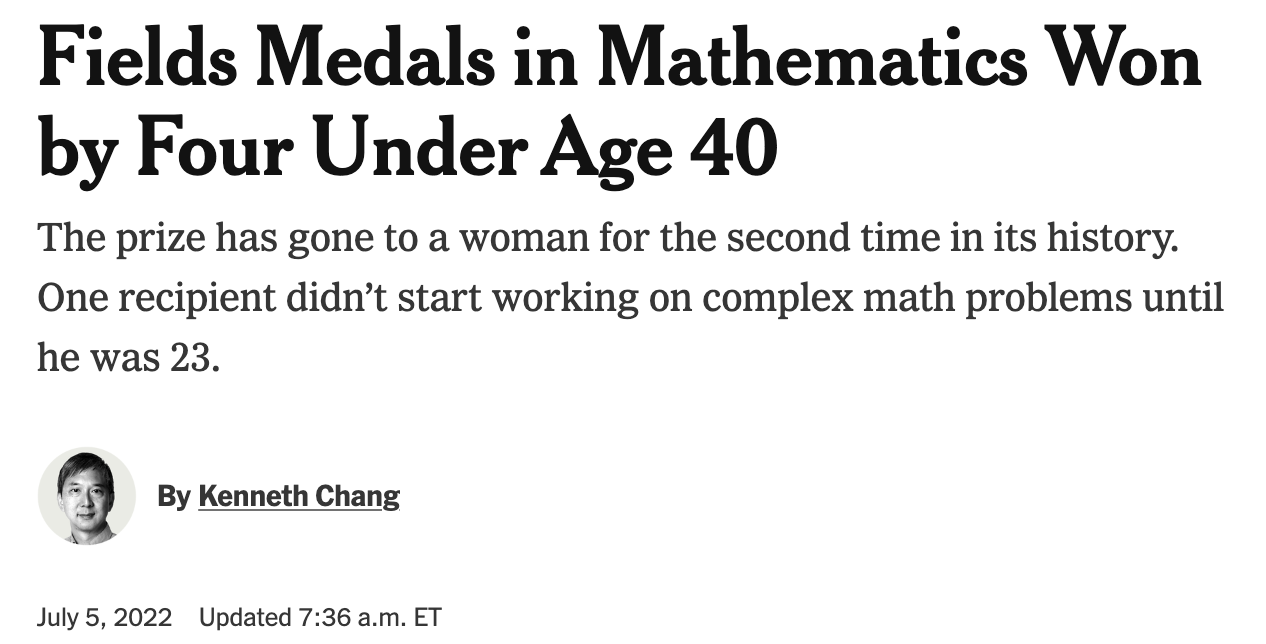 The details and accomplishments of the four are in the article, but here are their names and institutions:

Viazovska is the only woman to win the prize besides Maryam Mirzakhani of Stanford, who won in 2014 and is of Iranian descent.

I’ll highlight Maryna Viazovska to applaud not only the advance of women in math, but as a boon to the much-beleaguered Ukraine. Here’s what the NYT says about her in a summary by Kenneth Chang:

Maryna Viazovska, a Ukrainian who is now a professor at the Swiss Federal Institute of Technology in Lausanne, is known for proofs for higher-dimensional equivalents of the stacking of equal- sized spheres. She is also only the second woman ever to win the Fields Medal.

Of the 60 mathematicians who won Fields Medals before this year, 59 were men. In 2014, a Stanford mathematician, Maryam Mirzakhani, was the first and, until now, the only woman to receive one.

“I feel sad that I’m only the second woman,” Dr. Viazovska said. “But why is that? I don’t know. I hope it will change in the future.”

Dr. Viazovska’s work is a variation of a conjecture by Johannes Kepler more than 400 years ago. Kepler is best known for realizing that the planets move around the sun in elliptical orbits, but he also considered the stacking of cannonballs, asserting that the usual pyramid stacking was the densest way that they could arranged, filling up just over 75 percent of the available space.

Kepler could not prove that statement, however. Neither could anyone else until Thomas Hales, then at the University of Michigan, succeeded in 1998 with a 250-page proof and, controversially, the help of a computer program.

Proving something similar for the packing of equal-size spheres in dimensions higher than three has been impossible so far — with a couple of exceptions.

In 2016, Dr. Viazovska found the answer in eight dimensions, showing that a particularly symmetric packing structure known as E8 was the best possible, filling about one-quarter of the volume. Within a week, she and four other mathematicians showed that a different arrangement known as the Leech lattice was the best possible packing in 24 dimensions. In high dimensions, the filled volume is not very full, with the Leech lattice of 24-dimensional spheres occupying about 0.2 percent of the volume.

What’s so special about eight and 24 dimensions?

“I think that’s a mystery,” Dr. Viazovska said. “It’s just in these dimensions, certain things happen which don’t happen in other dimensions.”

She said that a method that generally gives an upper bound on the packing density turns out to be the exact solution in these cases.

High-dimensional sphere packings are related to the error-correcting techniques used to fix garbles in the transmission of information.

She said that the Russian invasion of Ukraine had taken its toll on her family. “It’s very difficult,” she said.

Her parents still live near Kyiv, Dr. Viazovska said, while her sisters, nephew and niece left and joined her in Switzerland.

Here’s the Fields Medal (caption from Wikipedia, the Latin translation is “Rise above oneself and grasp the world”), and a photo of Viazovska:

Maryna Viazovska, from the Guardian: 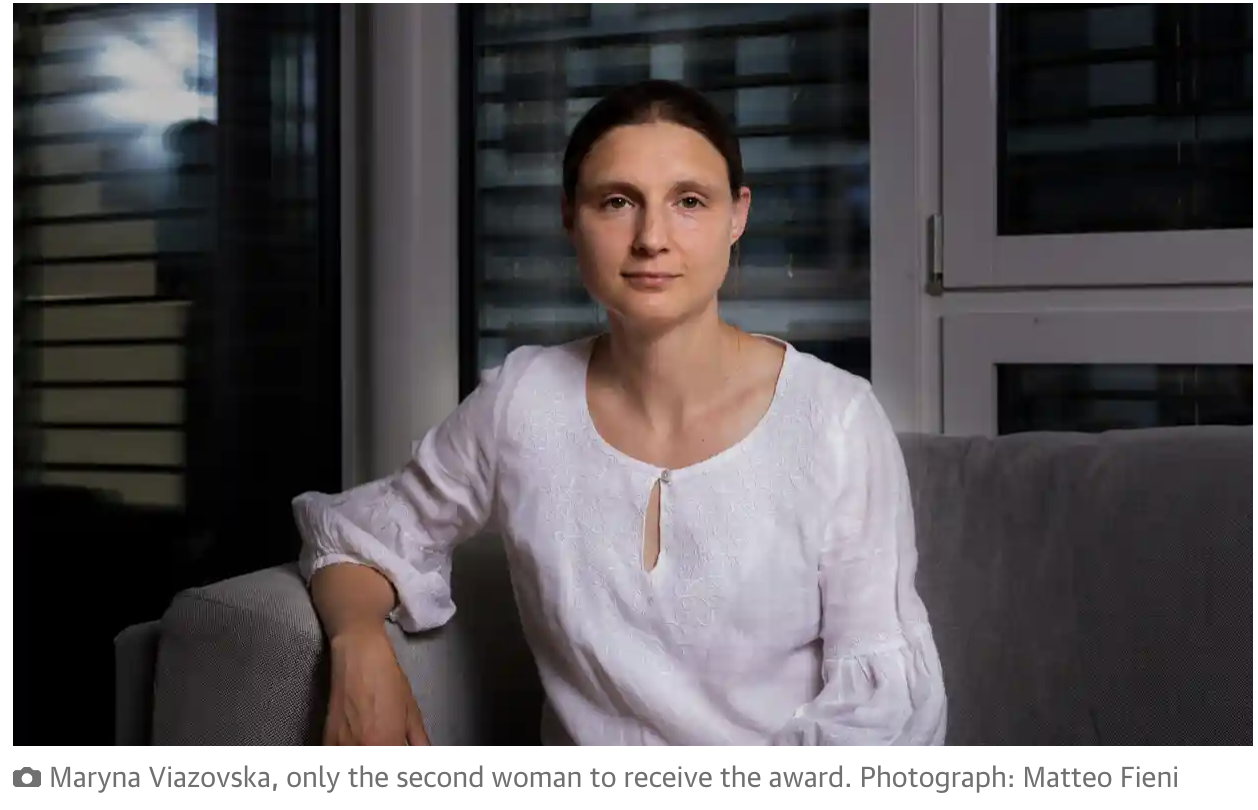 12 thoughts on “Four awarded the Fields Medal for mathematics, including only the second woman to get it (and she’s Ukrainian)”