Unfortunately, the mother who left the pond with her six babies returned this morning, and the usual fracas of pecking and fighting ensued.

This time I was determined to save the babies, as they had no chance given the assault they were under from both Audrey and her babies.  And, of the six that were there, I managed to catch five, which are going in today for rehab. They are all dried off and resting, and in an hour they’ll go to the rehabber.

And I had to jump back in the pond to get them all (I got two that way), so I’m in for another bout of swimmer’s itch. It’s worth it, though, for this: 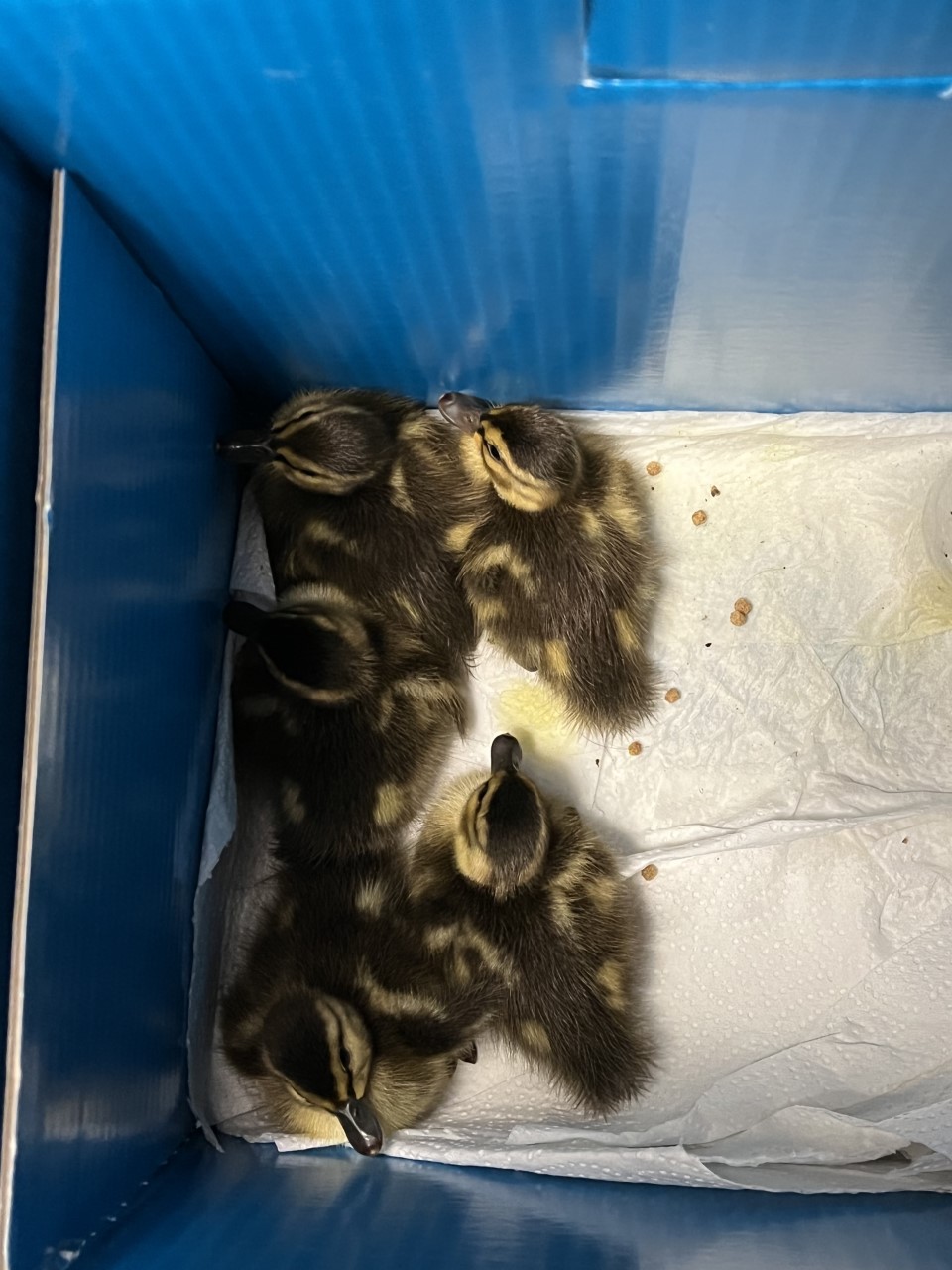 The sixth one, tragically, was pecked to death by Audrey and her brood on the duck plaza.  All told, we rescued six of the original eight, which isn’t bad. But it’s so sad to deprive a mother of her babies this way, and vice versa. And the fighting and killing is more than we can bear.

Audrey and her twelve, of course, are doing splendidly. 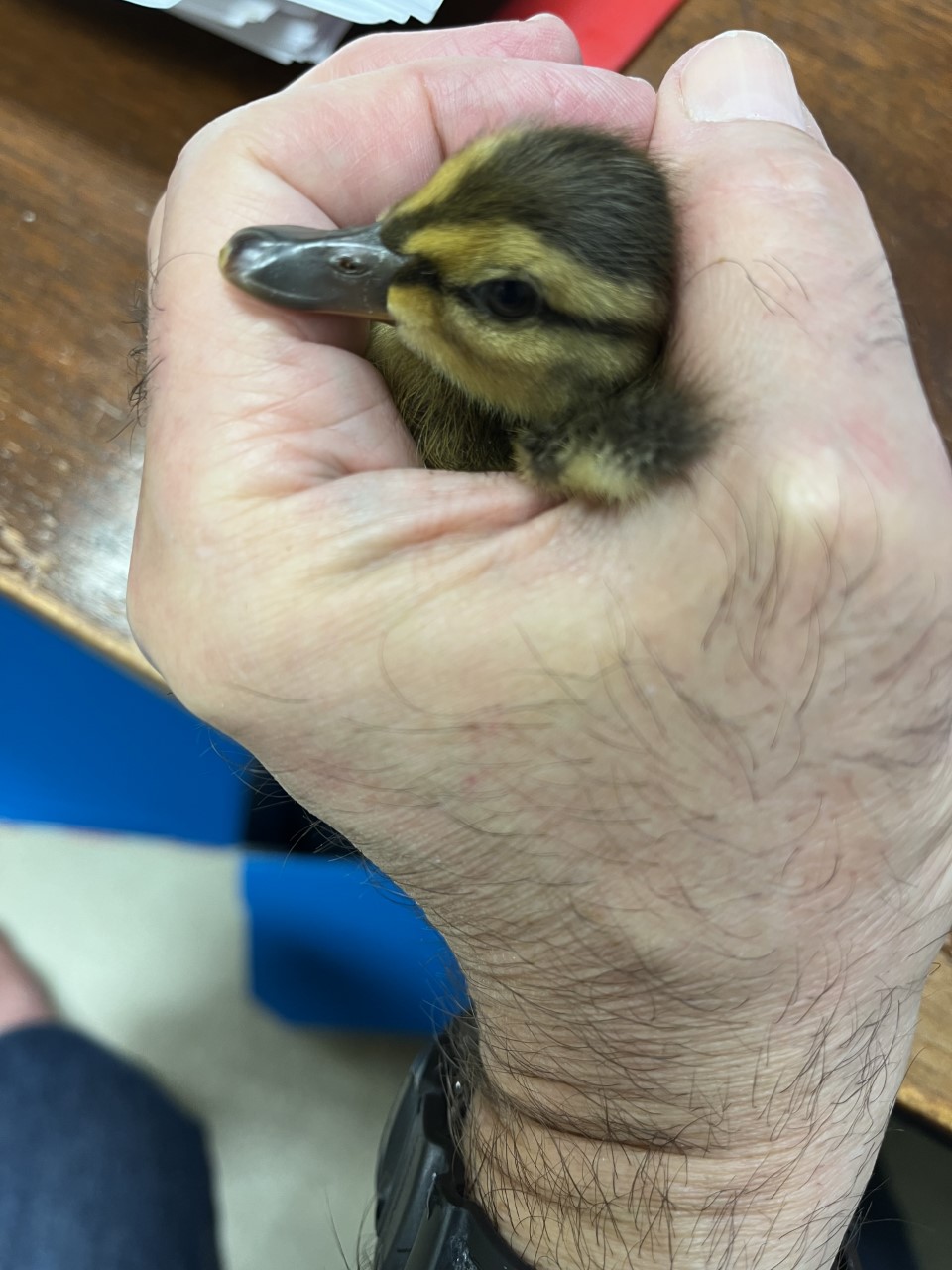 Posting may be light for the rest of the day.