Good morning on Friday, June 3, 2022: it’s Graduation Weekend at the University of Chicago, as well as National Chocolate Macaroon Day (see below how to distinguish macaroons from macarons from Macrons. It’s also World Bicycle Day.

Stuff that happened on June 3 includes:

The real and then epistolary romance between Abelard and Heloise is one of the most famous cases of star-crossed lovers in history. This is their tomb (together at last) at Pêre Lachaise Cemetery in Paris, though it’s not 100% certain they’re buried there. It used to be a meeting spot for Parisian lovers, but seems to have lost that cachet. 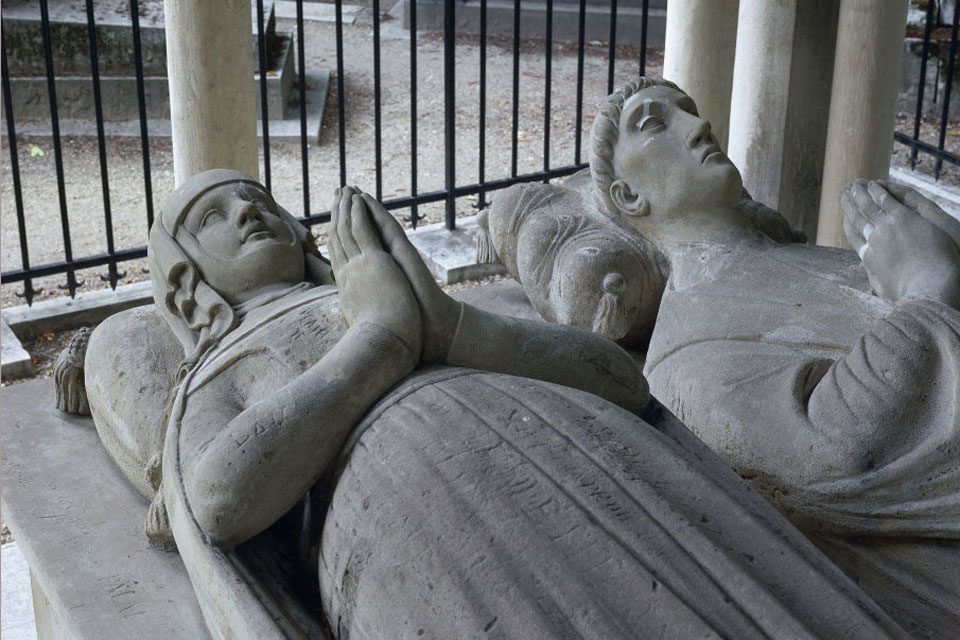 The last colony of great auks lived on Geirfuglasker (the “Great Auk Rock”) off Iceland. This islet was a volcanic rock surrounded by cliffs that made it inaccessible to humans, but in 1830, the islet submerged after a volcanic eruption, and the birds moved to the nearby island of Eldey, which was accessible from a single side. When the colony initially was discovered in 1835, nearly fifty birds were present. Museums, desiring the skins of the great auk for preservation and display, quickly began collecting birds from the colony. The last pair, found incubating an egg, was killed there on 3 June 1844, on request from a merchant who wanted specimens, with Jón Brandsson and Sigurður Ísleifsson strangling the adults and Ketill Ketilsson smashing the egg with his boot.

BASTARDS!  here’s a mounted specimen of one killed in 1844 on Eldey: 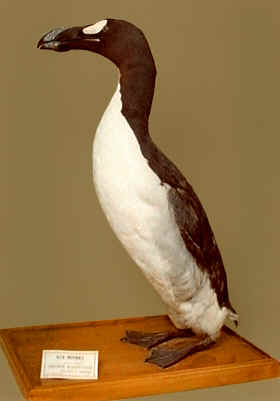 The Duke, already King Edward VIII, abdicated the throne as he didn’t want to give Simpson. The pair is below along with the declaration of abdication. 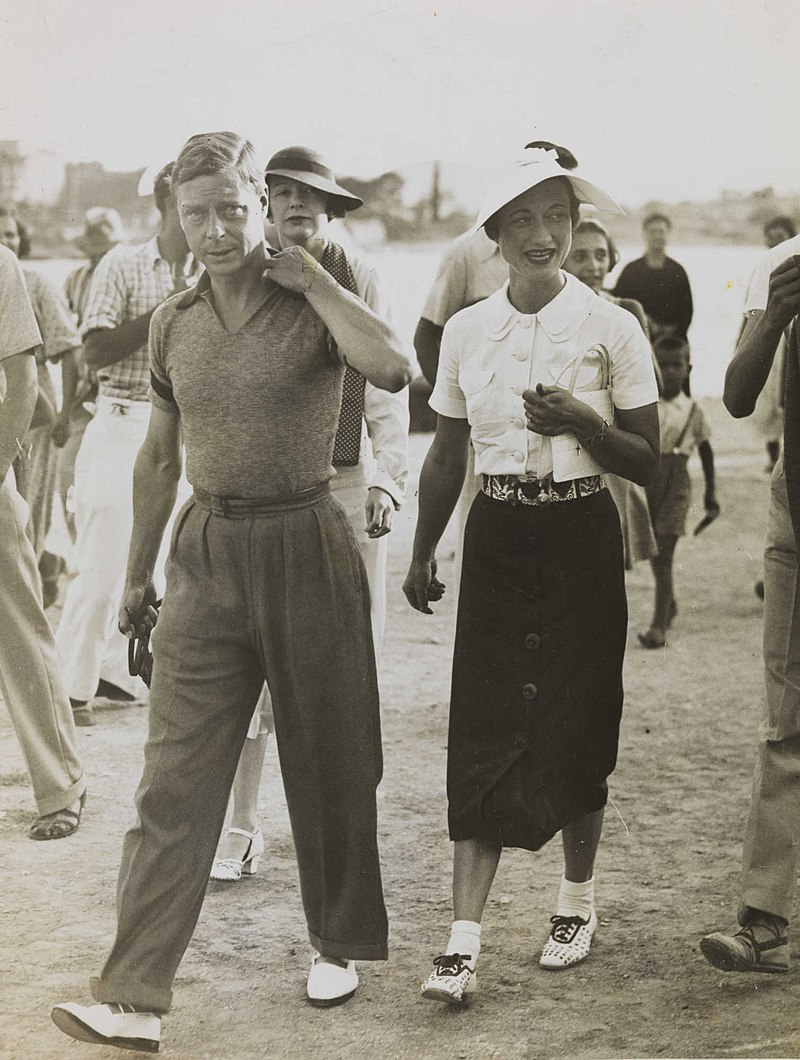 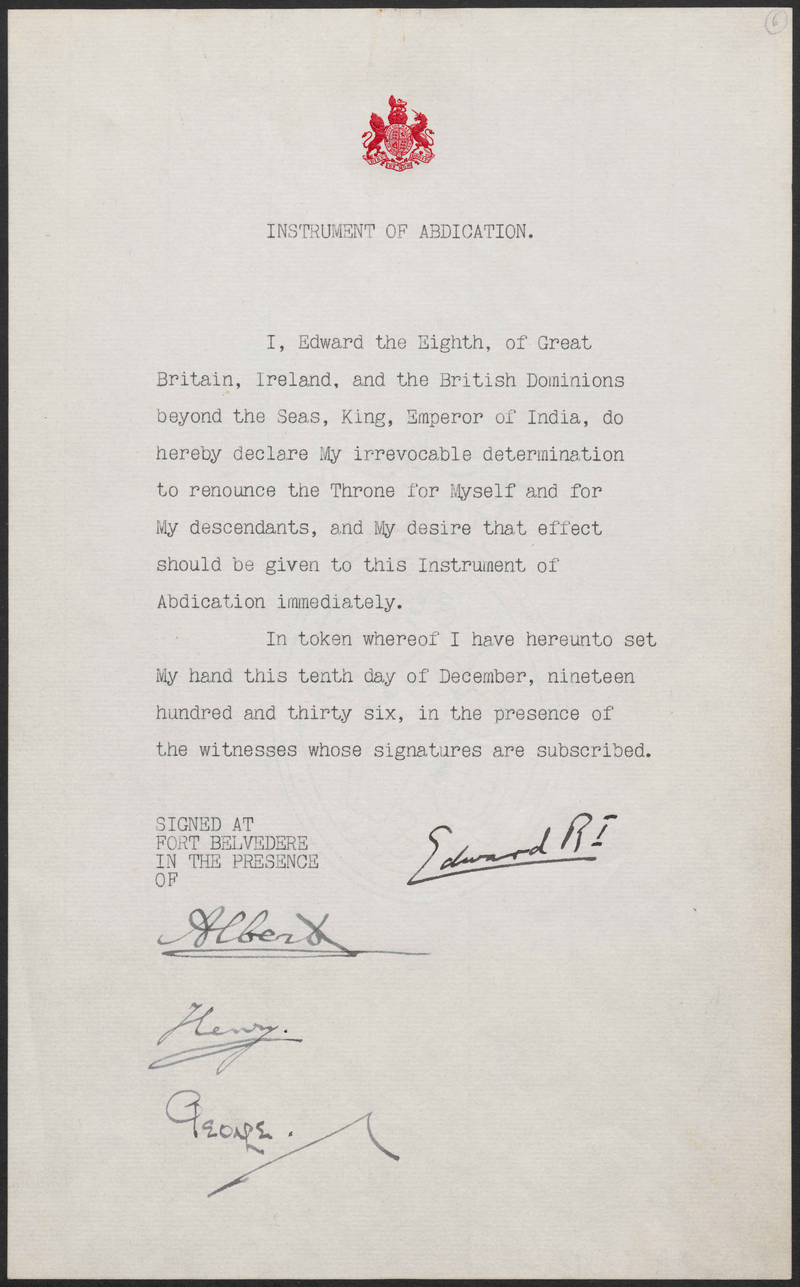 Here they are, with Lachenal on the left. It was successful in that both reached the summit, but both paid a price: Frostbite cost Lachenal all his toes and Herzog all his finger and all his toes. (Herzog’s hands are bandaged; his digits were mostly amputated as they carried him on the long trek from Annapurna out to Katmandu. 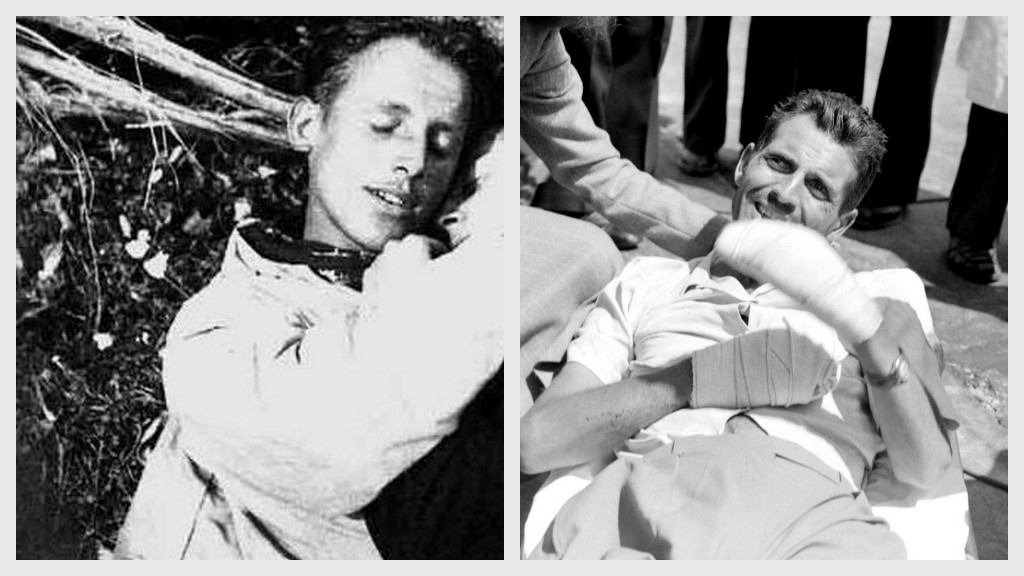 Here’s a video about that spacewalk:

Wine of the Day: Here we have a magnificent Ribiera del Durero from Spain, a wine that could, as I discovered, improve for years. (I had it with my weekly steak, a strip steak, along with rice and tomatoes.)  Along with Riojas, Ribieras constitute one of the two great red wine values of Spain.  This one wasn’t that cheap ($32), but it was well worth it—the equivalent of a $70 bottle of Bordeaux.

The 2018 Valderiz, highly rated by experts (and me), is gutsy, deep purple, and bears some similarity to a full-bodied Rioja. There are notes of minerals (the critics say “earth”) and berries, and is pure pleasure to drink. In fact, to me this should be a wine best drunk on its own, even though it complements food well—perhaps with a bit of cheese as an aperitif, but don’t kill its flavor with a food that lingers on the palate. The best wines, I always say, should be drunk with the simplest foods.

The grapes:  95% tinto fino and 5% albillo, and made organically. Highly recommended. 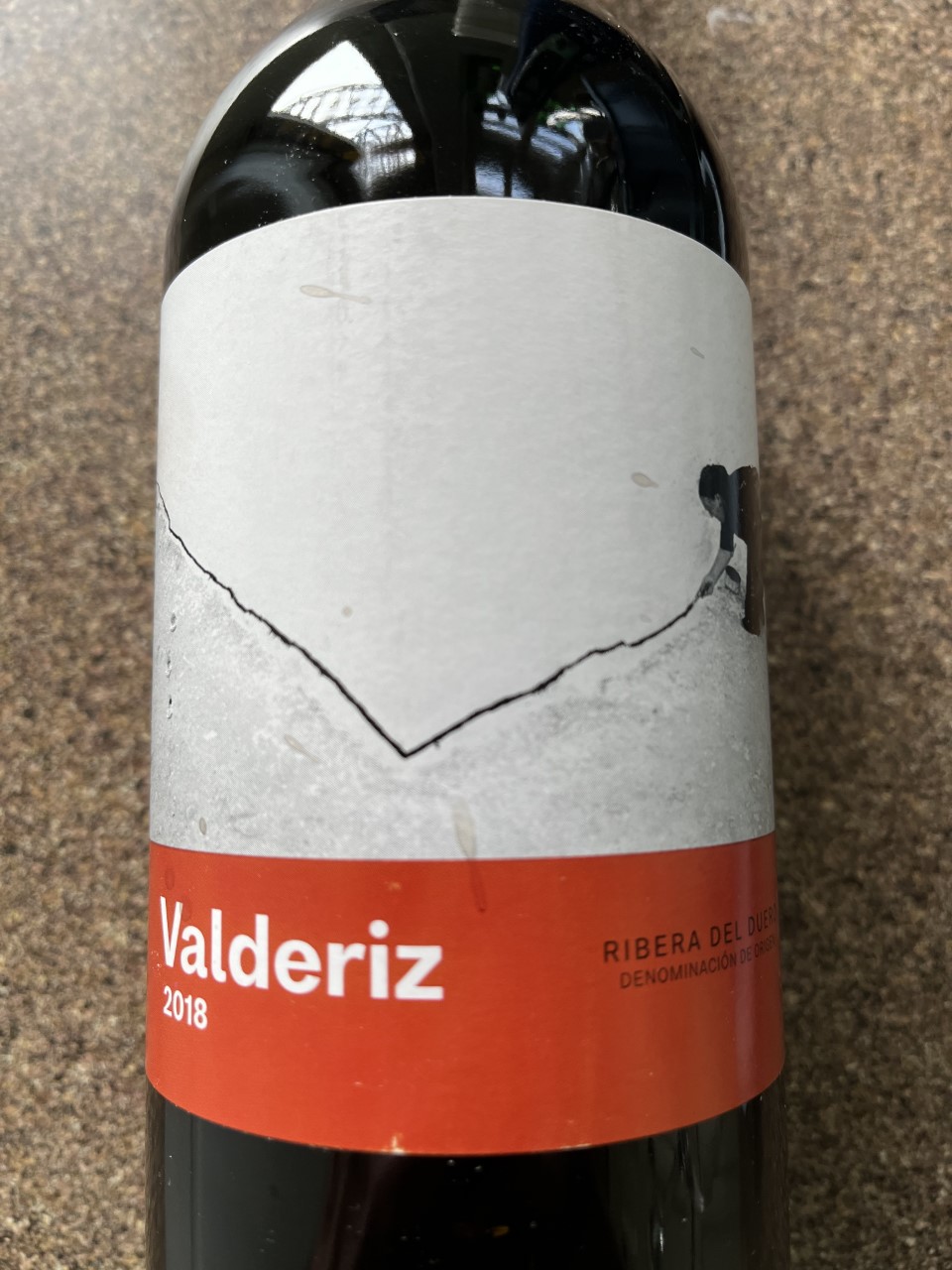 In a rare evening address to the nation, Mr. Biden dared Republicans to ignore the repeated convulsions of anger and grief from gun violence by continuing to block gun measures supported by large majorities in both parties, and even among gun owners.

“My God,” he declared from the Cross Hall, a ceremonial part of the White House residence, which was lined with candles in honor of victims of gun violence. “The fact that the majority of the Senate Republicans don’t want any of these proposals, even to be debated or come up for a vote, I find unconscionable. We can’t fail the American people again.”

I love that heartfelt slap at Republicans! Will anything happen now? In my view, a few cosmetic restrictions that won’t accomplish much. It’s most those damn Republicans and their misconstrual of the Second Amendment, but Dems need to get their act together as well.

*President Zelensky of Ukraine now claims that Russia has taken over one-fifth of the country. They will get more.  The latest summary from the NYT:

As Moscow’s war in Ukraine approached its 100th day, President Volodymyr Zelensky on Thursday said that Russia now occupied one-fifth of the country, with fighting raging from Kharkiv in the northeast to the city of Mykolaiv in the south.

The consequences of the war also appeared to be reverberating far beyond Ukraine on Thursday, with the group of oil-producing nations known as OPEC Plus agreeing to a larger increase in supply than planned for July and August.

*Britain is celebrating Queen Elizabeth’s “platinum jubilee,” commemorating her 70th year on the throne. I think she’ll hold onto power so long as she’s sentient, but she appears to be failing. As the WaPo reports:

The 96-year-old Elizabeth made two appearances on the Buckingham Palace balcony — looking well enough — wearing light blue, her gloved hands resting on a cane. But the palace later announced that while she “greatly enjoyed” the parade, she “did experience some discomfort” and would miss Friday’s thanksgiving service at St. Paul’s Cathedral.

In the crowds outside the palace on Thursday, it was a party. But people wondered aloud what happens to the monarchy after Elizabeth.

What’s the issue? Prince Charles becomes an aged King? Then Prince William and so on ad infinitum.

*The Volokh Conspiracy on Reason, taking a piece from the Times (I couldn’t get hold of the Time piece even using our librarians), reports that the BBC actually changed the words of a rape victim (a lesbian raped by a transgender woman) to reflect “proper” pronoun usage. (Does that remind you of the ACLU doing the same thing to RBG’s words in an ad?) From the Times:

The BBC changed the testimony of a rape victim after a debate over the pronouns of her transgender attacker, The Times has learnt.

The woman referred to her alleged rapist as “him” but insiders said that her words were changed to avoid “misgendering” the abuser in an article on the corporation’s website….

The victim’s quote was published last year in an online BBC News article about lesbians being coerced into sex with transgender women….

An anonymous participant told researchers: “I was too young to argue and had been brainwashed by queer theory so he was a ‘woman’ even if every fibre of my being was screaming throughout, so I agreed to go home with him. He used physical force when I changed my mind upon seeing his penis and raped me.”

The BBC article replaced every reference to “he” or “him” with “they” or “them”….

“They were originally all male references but the woke bros at the news website wanted to make them female because of misgendering,” said a person with knowledge of the matter. “It’s quite shocking. I can’t think of any other situation where we would change the words of an alleged rape victim.”  (h/t Williams)

*We’ve discussed the pros and cons of using “indigenous ways of knowing” as part of science, but there are undoubtedly cases when that knowledge it makes a valuable contribution. However, conservation may sometimes be an exception. The Māori in New Zealand, for example, drove the flightless moas to extinction (and burned a lot of forest). Now we have an example with the narwhals in Greenland, whose populations off the east coast are crashing because of local hunting (h/t Jez):

But the appetite for the marine mammals is causing conflict between scientists, who say hunting must be banned to protect populations of the cetacean in east Greenland from collapsing, and hunters, who accuse scientists of disregarding their culture and deep understanding of the sea.

Narwhals are found in Arctic waters mostly around Greenland and Canada, and are estimated to number about 120,000 globally. These elusive animals face threats, including noise pollution from ships, which can disturb their navigation and ability to find food, as well as warming waters due to global heating. As the ice melts, they lose their habitat and food.

. . . Yet, despite hunting restrictions, populations are plummeting, according to surveys by the Greenland Institute of Natural Resources, a government advisory body that monitors the environment. In 2008, surveys estimated there were about 1,900 narwhals in Ittoqqortoormiit, the main hunting location in east Greenland. At the last count in the area, in 2016, the population was put at about 400.

. . .The Greenland Institute of Natural Resources has warned that narwhals are at high risk of extinction in east Greenland and last year advised a ban on hunting in the three areas.

“The stock will disappear if the hunting continues at any level,” says Mads Peter Heide-Jørgensen, a biologist at the institute, who has been studying and tracking narwhals for 20 years.

*Finally, according to the AP the name of the country “Turkey” is about to disappear:

Turkish Foreign Minister Mevlut Cavusoglu has sent a letter to the United Nations formally requesting that his country be referred to as “Türkiye,” the state-run news agency reported. The move is seen as part of a push by Ankara to rebrand the country and dissociate its name from the bird, turkey, and some negative connotations that are associated with it.

Anadolu Agency said Stephane Dujarric, spokesman to U.N. Secretary General Antonio Guterres, confirmed receipt of the letter late on Wednesday. The agency quoted Dujarric as saying that the name change had become effective “from the moment” the letter was received.

President Recep Tayyip Erdogan’s government has been pressing for the internationally recognized name Turkey to be changed to “Türkiye” (tur-key-YAY) as it is spelled and pronounced in Turkish. The country called itself “Türkiye” in 1923 after its declaration of independence.

To paraphrase the old song:

“Why did ‘Turkey’ get the works?
That’s nobody’s business but the Turks’.

Meanwhile in Dobrzyn, Hili catches the scent of a rodent:

Hili: Sometimes all that remains is an olfactory trace.
A: Trace of what?
Hili: Of something of the right size. 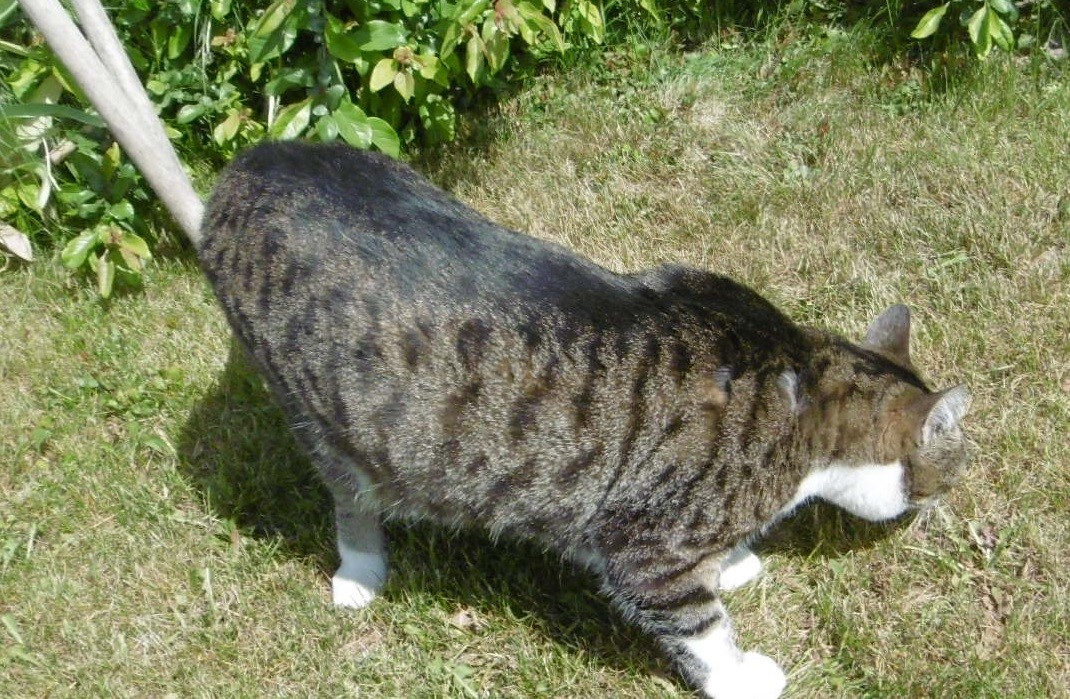 Matthew says: “Find the ducks” (his photo). The reveal is below the fold: 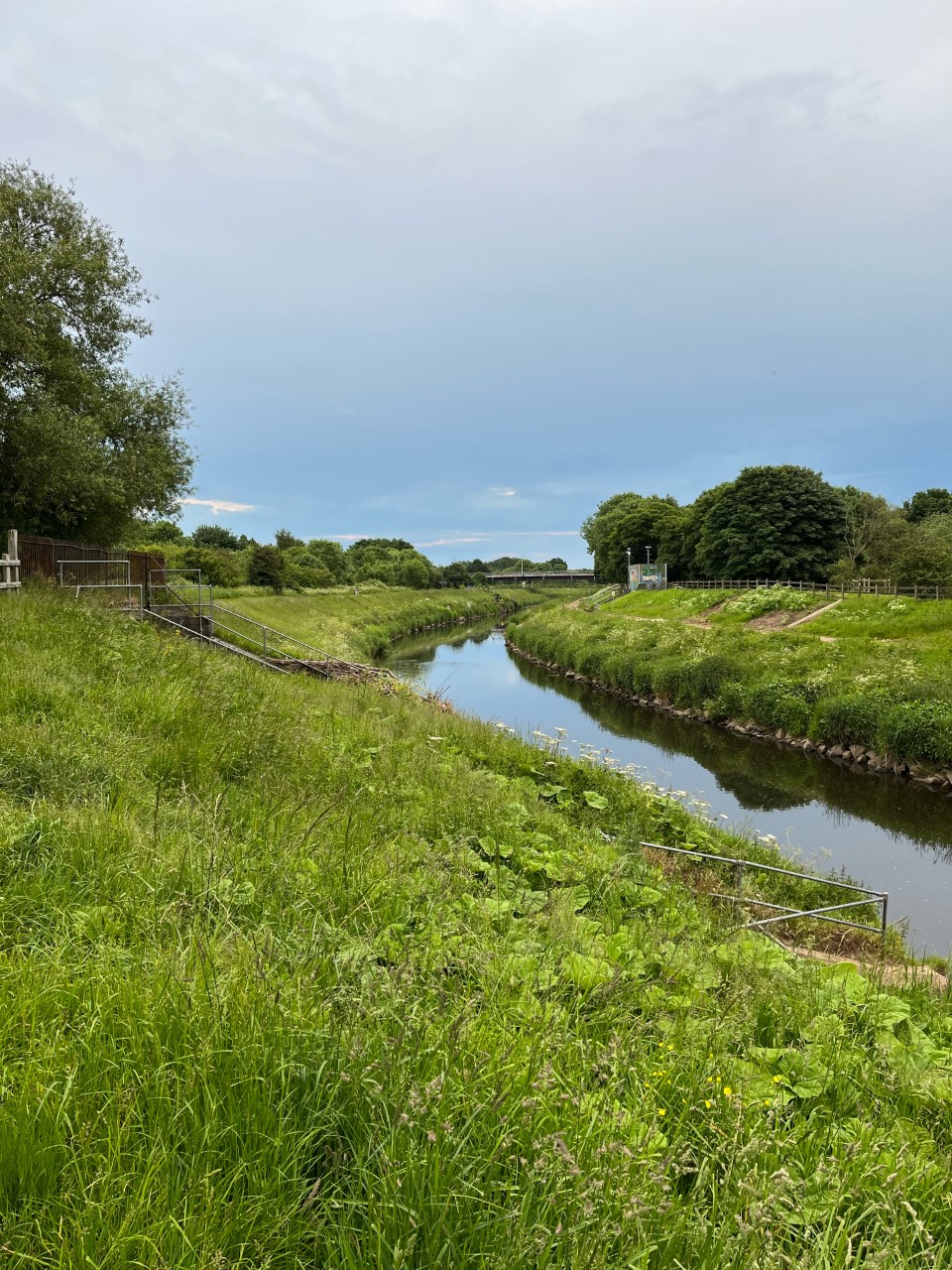 Here’s Anthony Hopkins playing piano for his cat! Don’t miss the bit when Hopkins and his cat look tenderly at each other.  (h/t Malcolm)

From David. If this is real, it must be in a biker bar: 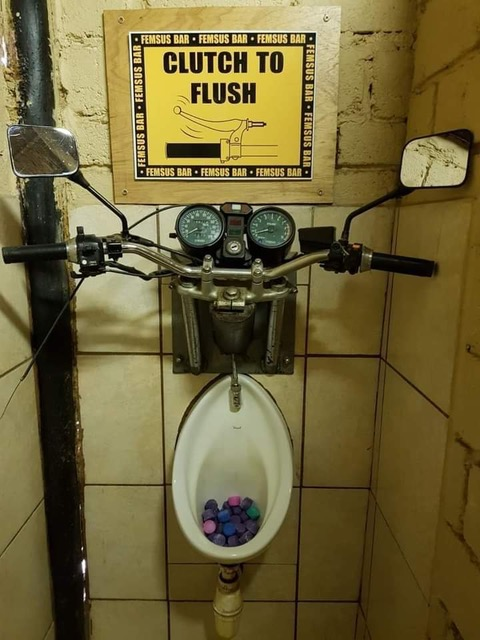 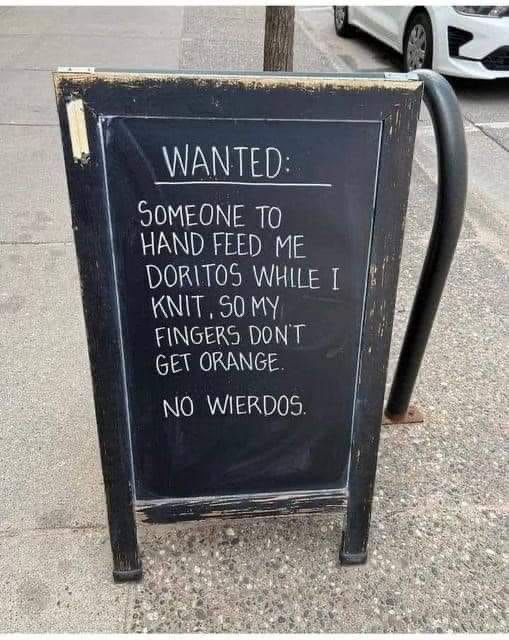 A tweet from Paul. You’ll have to check your pupils yourself, or have someone else do it:

The ‘expanding hole’ is an illusion new to science, strong enough to prompt the human eye pupils to dilate in anticipation of entering a dark space.

From Barry, a ctenophore unknown until relatively recently:

The bloody-belly comb jelly is one of those creatures that has likely lived in the ocean completely unbothered by humanity until about 20 years ago, when it was spotted during a remote excursion conducted by researchers. https://t.co/iNbZA7v5dX pic.twitter.com/cliWCOLIQh

This may well be the world’s first-ever video of a bloody-belly comb jelly pooping! pic.twitter.com/QR0cTzGiqD

He arrived at #Auschwitz on 13 February 1944 in a transport of 1,500 Jews deported from Drancy. He was among 1,229 of them murdered in a gas chamber after the selection. pic.twitter.com/vbbddLfPRn

Tweets from Matthew. What a beautiful sculpture! Why could the Egyptians sculpt cats so well but Europeans two millennia later couldn’t paint a decent cat if their lives depended on it?

Egyptian bronze head of a cat with amber eyes and a golden scarab, c.500 BC, Ny Carlsberg Glyptotek pic.twitter.com/WIgTmiSEZP

The most bizarre “typo” (if it qualifies as that) I’ve ever seen. Enlarge it to read:

in honour of the jubilee it seems appropriate to resurface this newspaper printing error which is the single funniest piece of text in the ostensibly English language pic.twitter.com/c9rkrTMvEE

I’ve shown these signs before but not in their full context. Matthew says that Furness Vale is between Manchester and Sheffield. And “cats’ eyes” are put on the roadway to guide traffic; they reflect headlights at night.

Excellent temporary signage on the A6 through Furness Vale this morning. pic.twitter.com/Jb0fbKg8Mr

Click on “read more” to see the reveal of Matthew’s ducks. 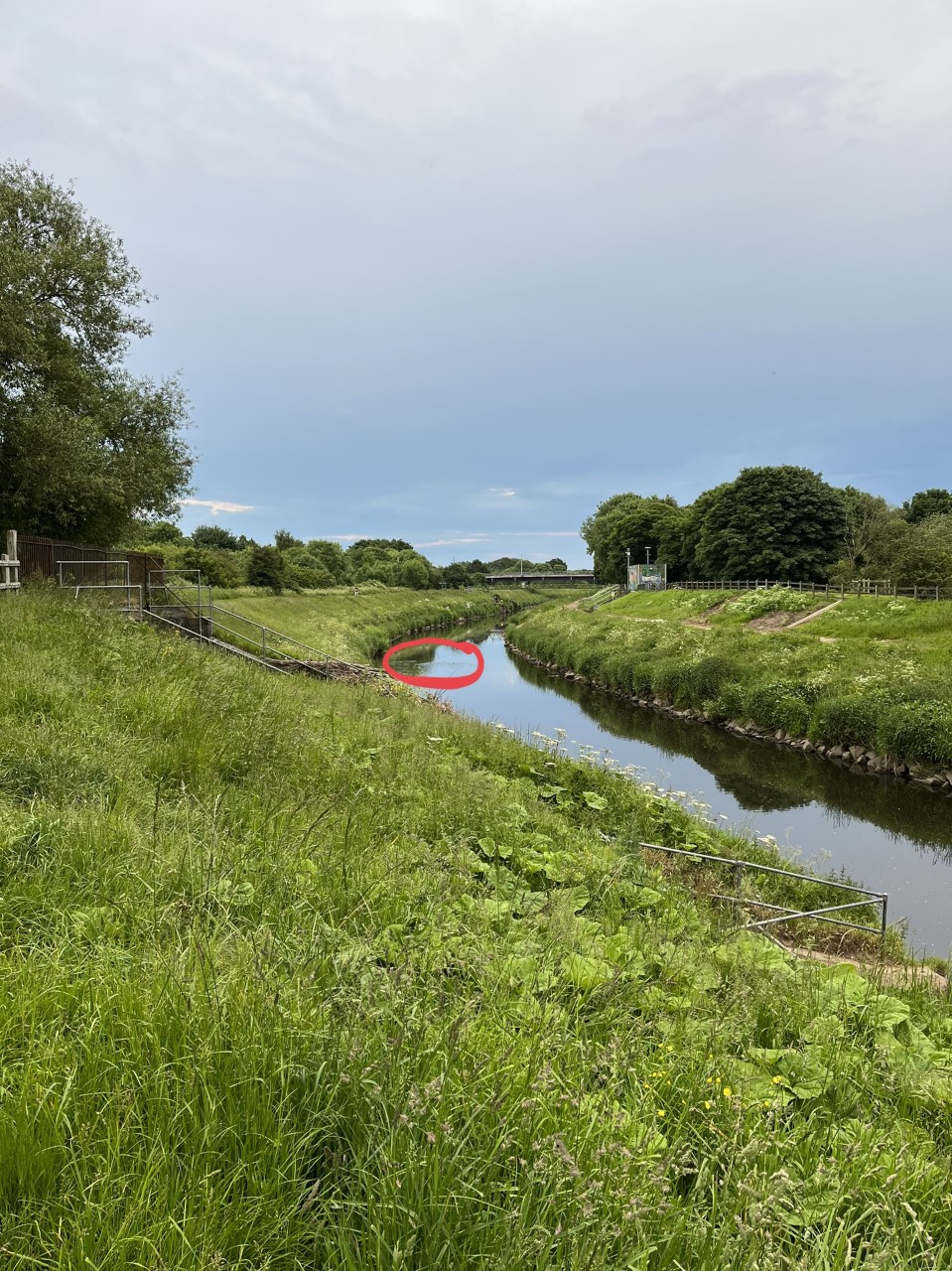