YouTube is full of photomontages like this saying, “50 rare historical photos” and so on, but most of them are lousy. This one, however, I found interesting, and there are some doozies in here.  My favorites include the Ukrainian-American restaurant offering free borscht on the occasion of Stalin’s death, and, especially, the Jew wearing his Iron Cross, earned in WW1, standing in front of his shop in Nazi Germany, along with a Nazi soldier trying to intimidate customers from entering the store.

Here’s the one I mentioned: 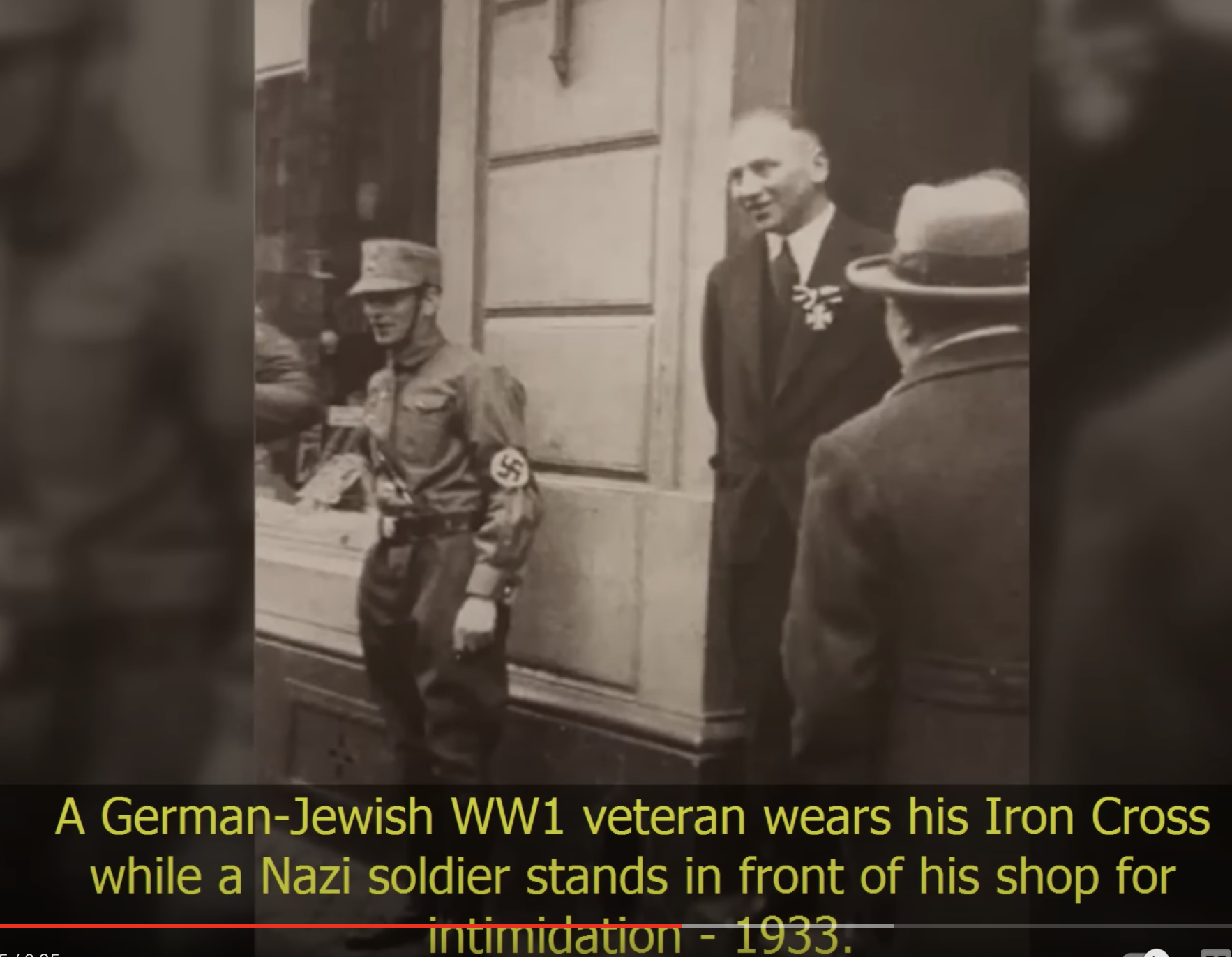