Greetings on the ultimate day of May, and the cruelest day of the week: My 31, 2022. It’s National Macaroon Day, a hoity-toity cookie now popular among Francophiles (“macaron”). I’m not a big fan, as they are not substantial cookies. Avoid these:

I have a long-postponed tooth-cleaning appointment today (pandemic) and must go downtown. Posting may be lighter than usual, but hey–you get it for free.

And thus ends all that I doubt I shall ever be able to do with my own eyes in the keeping of my journal, I being not able to do it any longer, having done now so long as to undo my eyes almost every time that I take a pen in my hand; and, therefore, whatever comes of it, I must forbear: and, therefore, resolve, from this time forward, to have it kept by my people in long-hand, and must therefore be contented to set down no more than is fit for them and all the world to know; or, if there be any thing, which cannot be much, now my amours to Deb. are past, and my eyes hindering me in almost all other pleasures, I must endeavour to keep a margin in my book open, to add, here and there, a note in short-hand with my own hand. And so I betake myself to that course, which is almost as much as to see myself go into my grave: for which, and all the discomforts that will accompany my being blind, the good God prepare me!

Big Ben is neither the clock tower nor the clock; it is the name given to the largest of the five bells that chimes the time. Here is Big Ben!:

The bow of the Titanic, photographed in 2004: 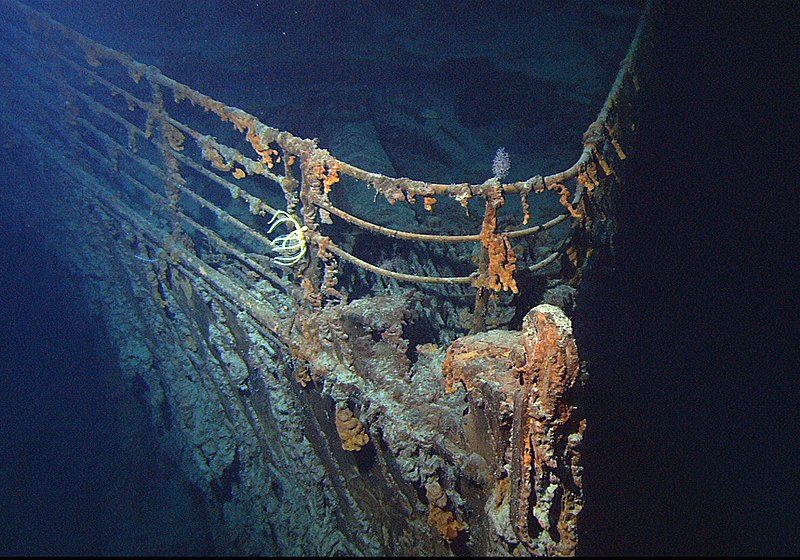 Here’s one of the submarines being recovered; the attack was a total failure. Caption from Wikipedia:

The current record is an astounding 9.58 seconds, also set by Bolt in Berlin. Here it is (watch at the link)

There has to be some physiological limit to the time of the 100 m dash. It can be run in 9.58 seconds but not in one second. Ergo there’s a limit. This video claims that the limit lies near 9 seconds:

*People like me, fed up with gun violence, are begging President Biden to “do something” about massacres like the one in Texas. But, as the Wall Street Journal notes, and despite Biden’s promises that he will act, there’s precious little he can do in the face of a sluggish or oppositional Congress. And we know that:

President Biden said Monday he was hopeful that a divided Congress could act on gun-control measures following two mass shootings this month.

“I think things have gotten so bad that everybody is getting more rational about it, at least that’s my hope,” Mr. Biden told reporters at the White House ahead of Memorial Day events.

“I’ve been pretty motivated all along,” he said. “I’m going to continue to push and we’ll see how this goes.”

Mr. Biden didn’t specify what measures he would like but suggested restrictions on the high-powered weapon used by the 18-year-old shooter in Uvalde, Texas.

I don’t think Uncle Joe is going to make progress by redefining of the Second Amendment. The Onion headline still applies.

*A NYT op-ed by Alex Kingsbury is called “No one can hide from this weapon in the war in Ukraine.” What’s the weapon? A drone of course.

A vast number and variety of drones — unmanned aerial vehicles — have been used on both sides of the war, including large military-grade machines and smaller consumer models. Drone operators are the new snipers, even though they are often miles from the battlefield.

Consider a video that circulated widely on social media in the past few weeks: A drone hovers above a bomb-shattered neighborhood in Ukraine.

Below it, several troops in Russian uniforms get into a truck. The drone releases a small explosive, which plummets toward their parked truck.

Then the driver throws the vehicle into reverse. Just as the truck begins to roll, the explosive drops straight through the truck’s open sunroof and detonates.

The windshield explodes out over the hood, and the interior is engulfed in smoke. Injured men in the wreckage writhe and clutch their wounds. (The Times has not confirmed the authenticity of the video, which was shared on Twitter late last month by Anton Gerashchenko, an adviser to the Ukrainian government.)

The link above goes to the YouTube video (another version is here), which I found sufficiently disturbing that I didn’t post the video, and will leave it to your discretion. But unmanned vehicles of destruction are the weapons of the future, though they are aimed at people. It’s not a war of robots. (The NYT has a new op-ed about the wisdom and morality of showing bodies of the dead.)

*According to the Guardian, the Chinese government has forced Hong Kong to suspend the last remaining memorial to the Tianenmen rebellion and massacre.  (h/t Williams)

For the first time in 33 years, church services to commemorate the Tiananmen Square crackdown will not be held in Hong Kong, erasing one of the last reminders of China’s bloody suppression of the 1989 protests.

Since Beijing imposed a sweeping national security law in 2020 to snuff out pro-democracy demonstrations, once-packed candlelit vigils have been banned, a Tiananmen museum has been forced to close and statues have been pulled down.

The annual Catholic masses were one of the last ways for Hong Kongers to come together publicly to remember the deadly clampdown in Beijing on 4 June 1989, when the Chinese government set tanks and troops on peaceful demonstrators.

But this year, they too have been cancelled over fears of falling foul of Hong Kong authorities.

*It’s Monday afternoon with the Memorial Day holiday not even over, but already, as the Washington Post reports, there have already been fourteen mass shootings since the Texas massacre. (These are defined as shootings that have had at least four victims.) The toll so far—and it will rise—10 killed and 61 injured. I am furious at the inaction of our government, but have no idea what to do. Writing to my Congresspersons won’t help: they’re all Democrats and in favor of gun control.

*And in my hometown, as of 6 pm yesterday, the toll of gun violence was 42 people shot and eight dead. This city is a nightmare for such violence, but not much has been done, and I wonder if it will hurt the re-election chances of Mayor Lori Lightfoot. (Tuesday a.m.: the toll is now 49 shot and nine dead.)

*You’ve probably heard about the firing of tenured classics professor Joshua Katz from Princeton University. It’s a mess: he had an affair with a student, was disciplined in 2017 by facing a year off without pay. That was the apparent end, but then Katz wrote an article in Quillette criticizing some demands of black students, and characterizing the group as “terrorist”.

That apparently re-activated the old charges of consensual sexual involvement with a student, and so the invertebrate President of Princeton, Christopher Eisgruber, simply revoked Katz’s tenure and fired him. It’s all murky what with the reactivation of old charges as well as apparent punishment for free speech, and you can read a defense of Katz in the latest Quillette: “The disgraceful firing of Joshua T. Katz“.

This is surely going to wind up in the courts, especially because Princeton will not divulge the reasons for firing Katz, so I’ll wait to see if more facts come out. Right now, though, Katz has been ostracized by his colleagues, and I don’t think it’s for that consensual sexual relationship.

Meanwhile in Dobrzyn, Hili is ambiguous: “She is looking at the flowers with the name “forget me not”. It may be about refugees, it may be about Darwin and Cyrus. Or all of them.”

A: What are you thinking about?
Hili: About those who are no longer with us. 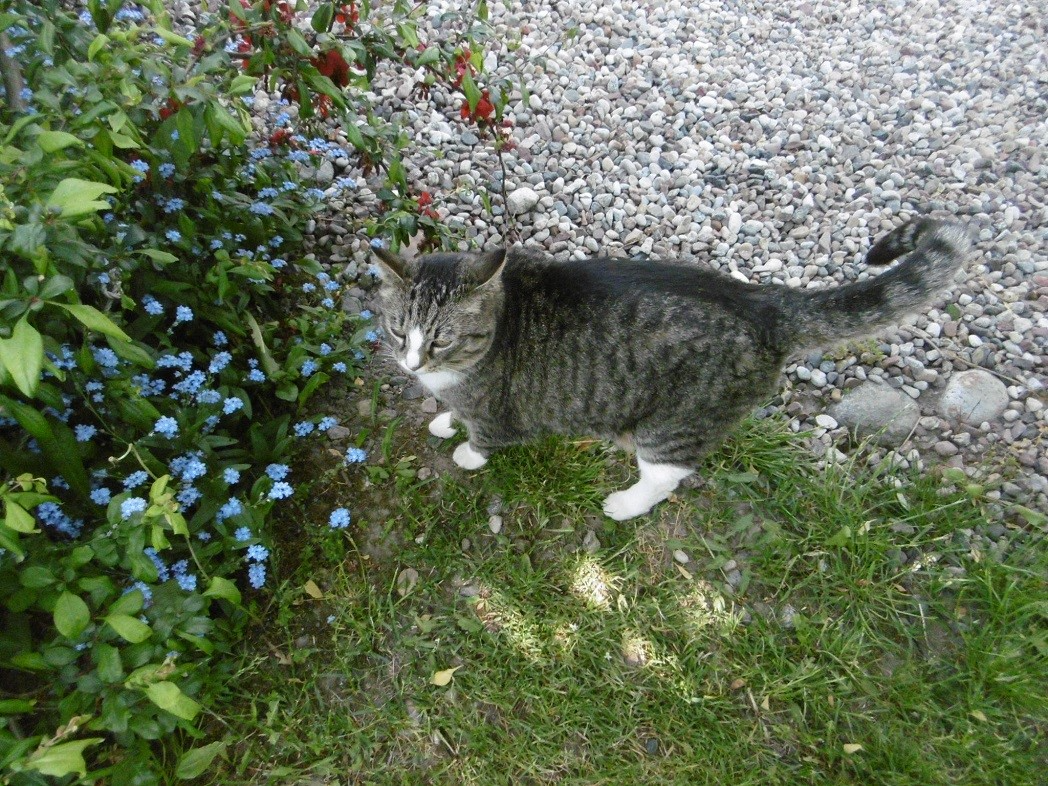 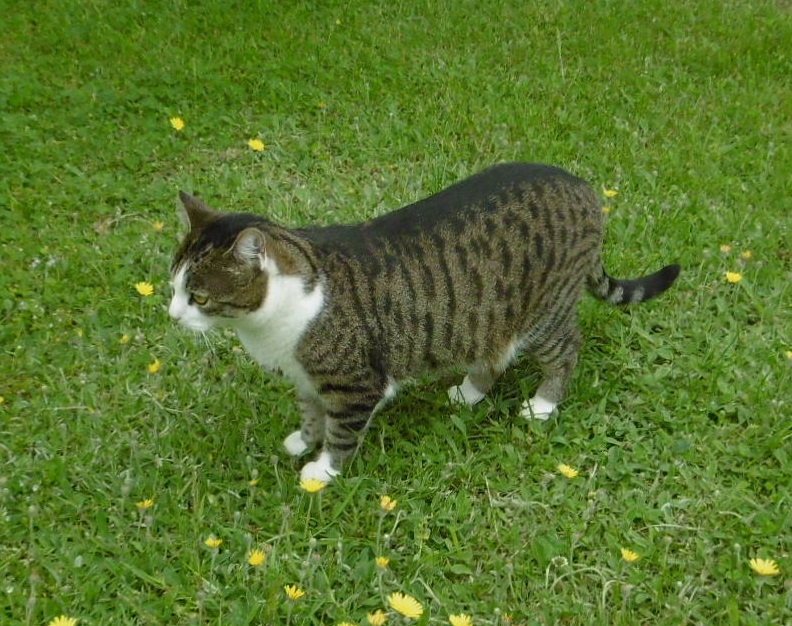 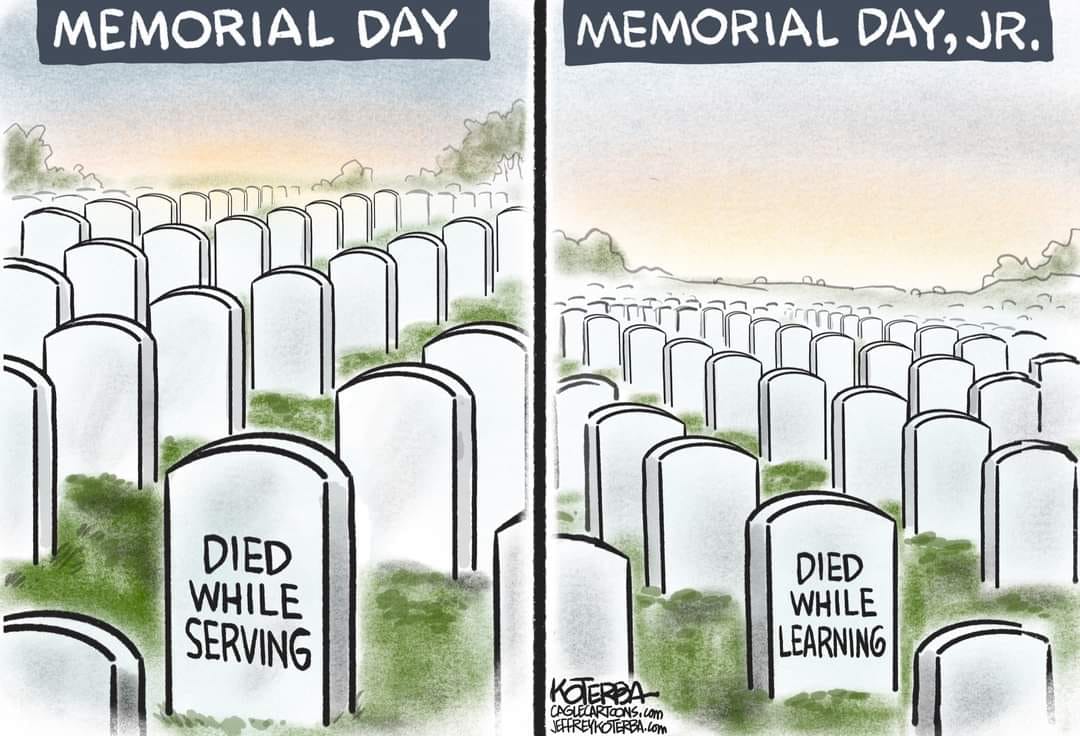 From Graham, who says that this is “one of the best cat cartoons ever!” 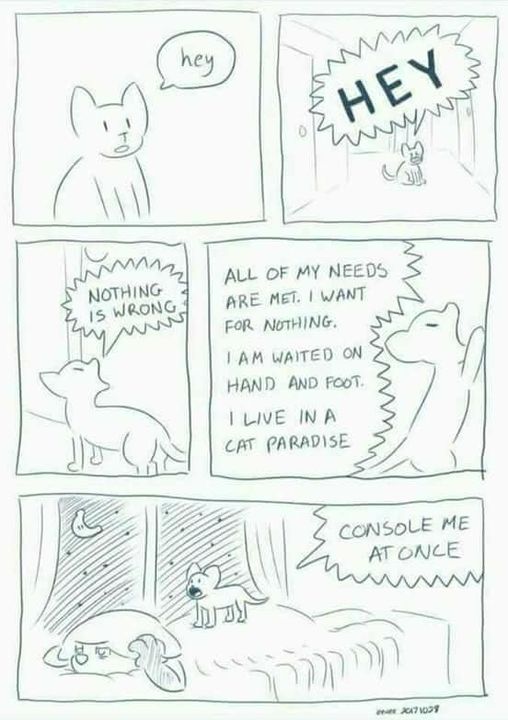 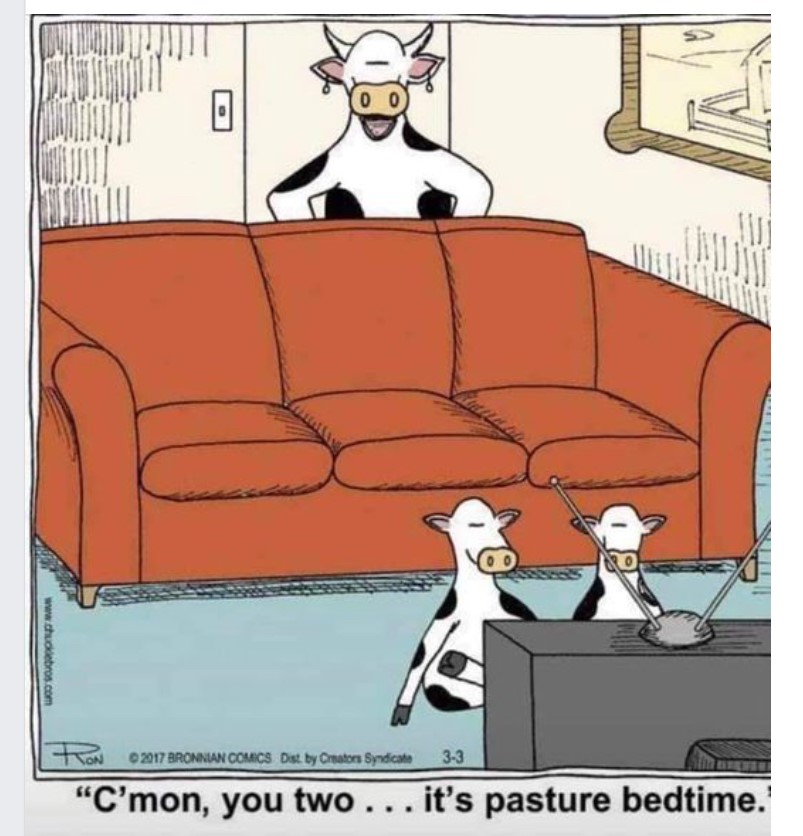 “Savage deadpan” directed to the head of the NRA. From readers Barry and Simon. Do you think LaPierre realized he was being mocked?

We spoke directly to Wayne LaPierre at the NRA Convention and thanked him for all his thoughts and prayers. pic.twitter.com/EfdDrgD4Af

From Malcolm: the dumbest sheep I ever did see:

From Ginger K. I agree!!

I would like something like a book club except it's about cats and everyone goes to a different person's house each week to admire their cat and hear stories about it.

From The Auschwitz Memorial:

On 23 October 1943, he was murdered in a gas chamber at #Auschwitz II-Birkenau. He was killed together with his sister Césira and his brother Sandro. pic.twitter.com/wSqwEzDctX

Tweets from Professor Cobb. Matthew says this first one has been “massive on Twitter”.  I’m baffled, and one was in Sweden!

Not here to judge but I don’t understand this. How’re you going to eat without inviting your friend? pic.twitter.com/bFEgoLiuDB

Other primates, including the great apes,, have a baculum, or penis bone. Humans don’t, and we don’t know why. Here’s a new hypothesis: its absence prevents penile damage during male/male competition. I have no opinion:

The missing human baculum: a victim of conspecific aggression and budding self‐awareness? https://t.co/SP05pylan3

Lots of ducks and two emus on the farm yesterday:

As I have come to attempt to write my own keys, my admiration and fondness for Hayward and Rylands Handbook of the Marine Fauna of NW Europe’s initial couplet has only grown pic.twitter.com/8AxfjqstoF