Send in your photos, and please make sure they’re of the quality consistent with what appears in this feature.  With luck, a new link will appear on the sidebar today with the instructions, “How to send me photos”, with all kinds of useful information (including the email). Keep your eye peeled and get those photos ready.

Today we have insect and spider photos from regular Mark Sturtevant. His IDs, links, and captions are indented, and you can enlarge the photos by clicking on them.

Here are more pictures of arthropods taken near where I live, which is in eastern Michigan.First up a plume moth, so-named by their having wings that are divided into feathery plumes. One can see this better in the attached link. This particular plume moth is in the genus Geina. 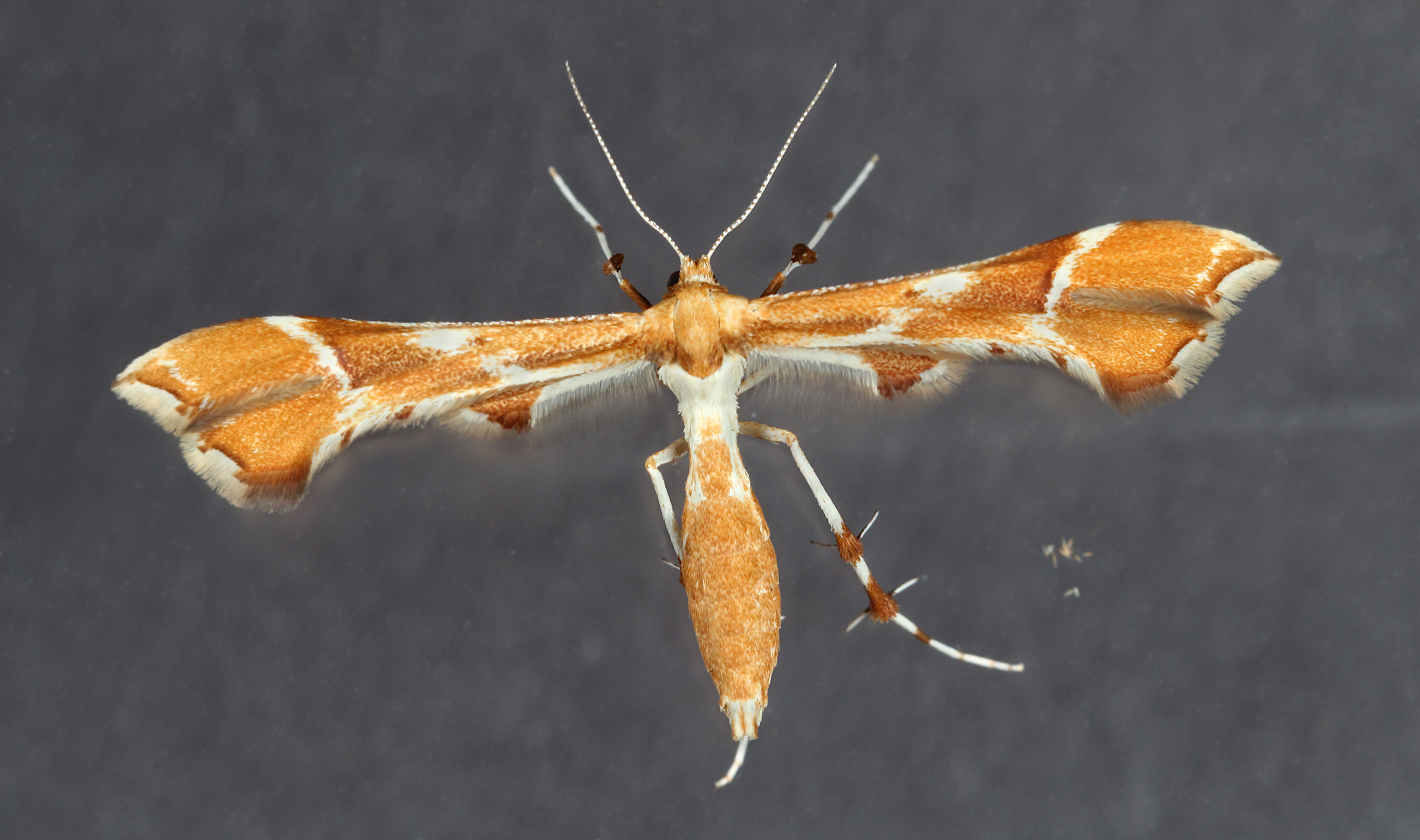 Next up is a clear-winged sphinx moth, Hemaris thysbe. There are a large group of similar species of these diurnal moths that are clearly bumble bee mimics. This one was lingering over a large patch of bergamot. As it circled each flower, pausing to probe each floret, I could at times anticipate where it would be next and get into position to take pictures. There were still many misses, like the last one, but I still like how it turned out. Can you spot the weevil? 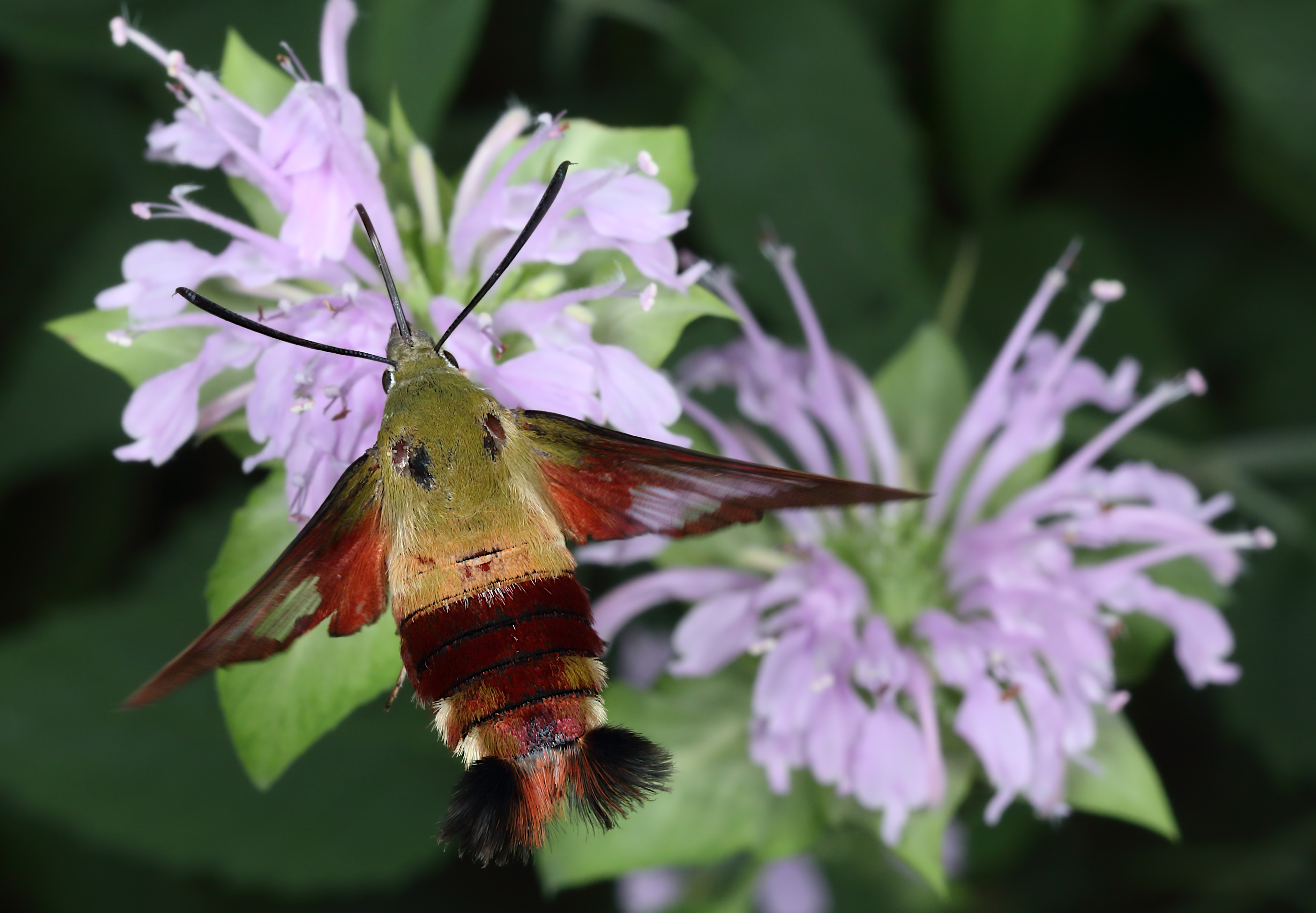 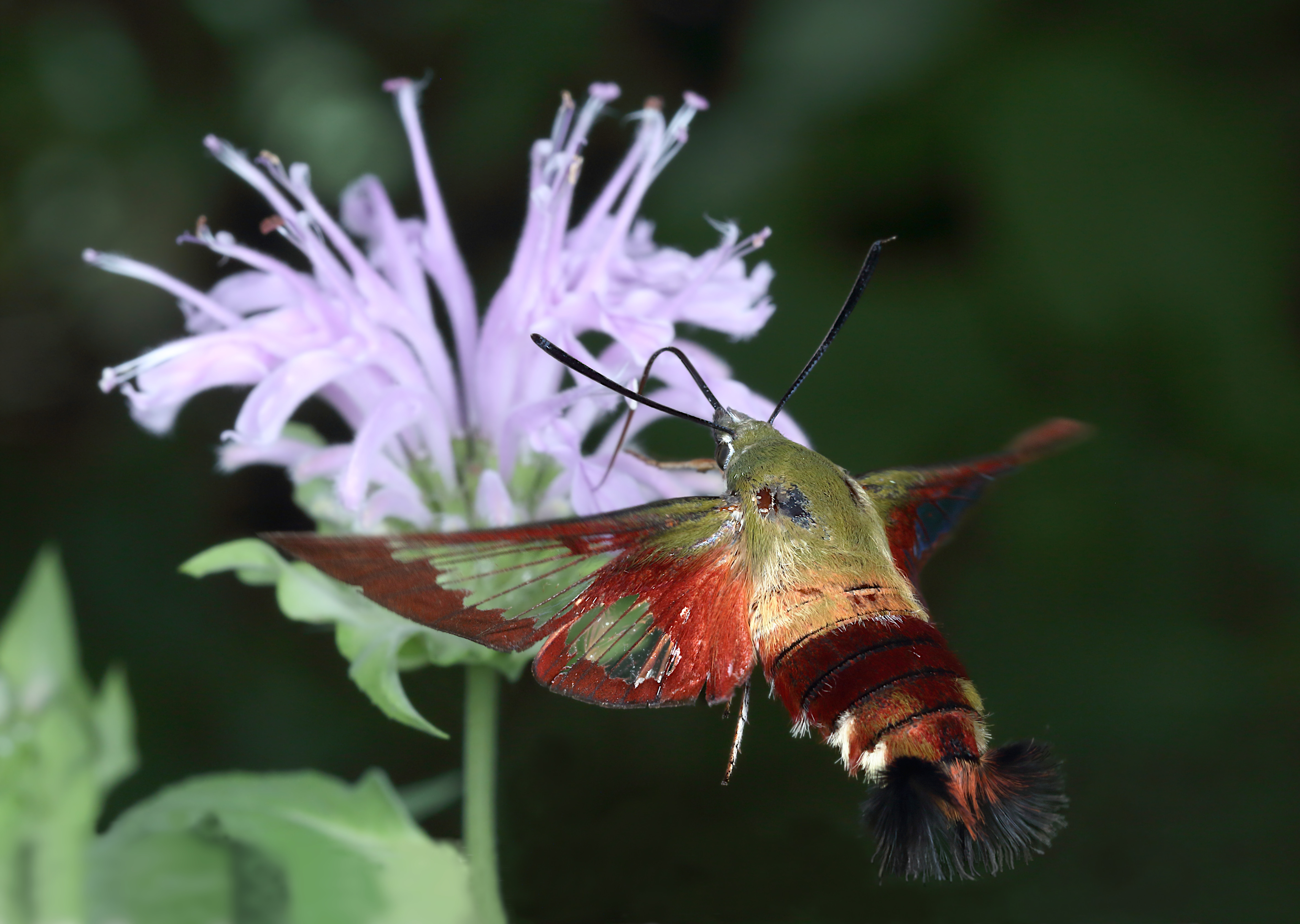 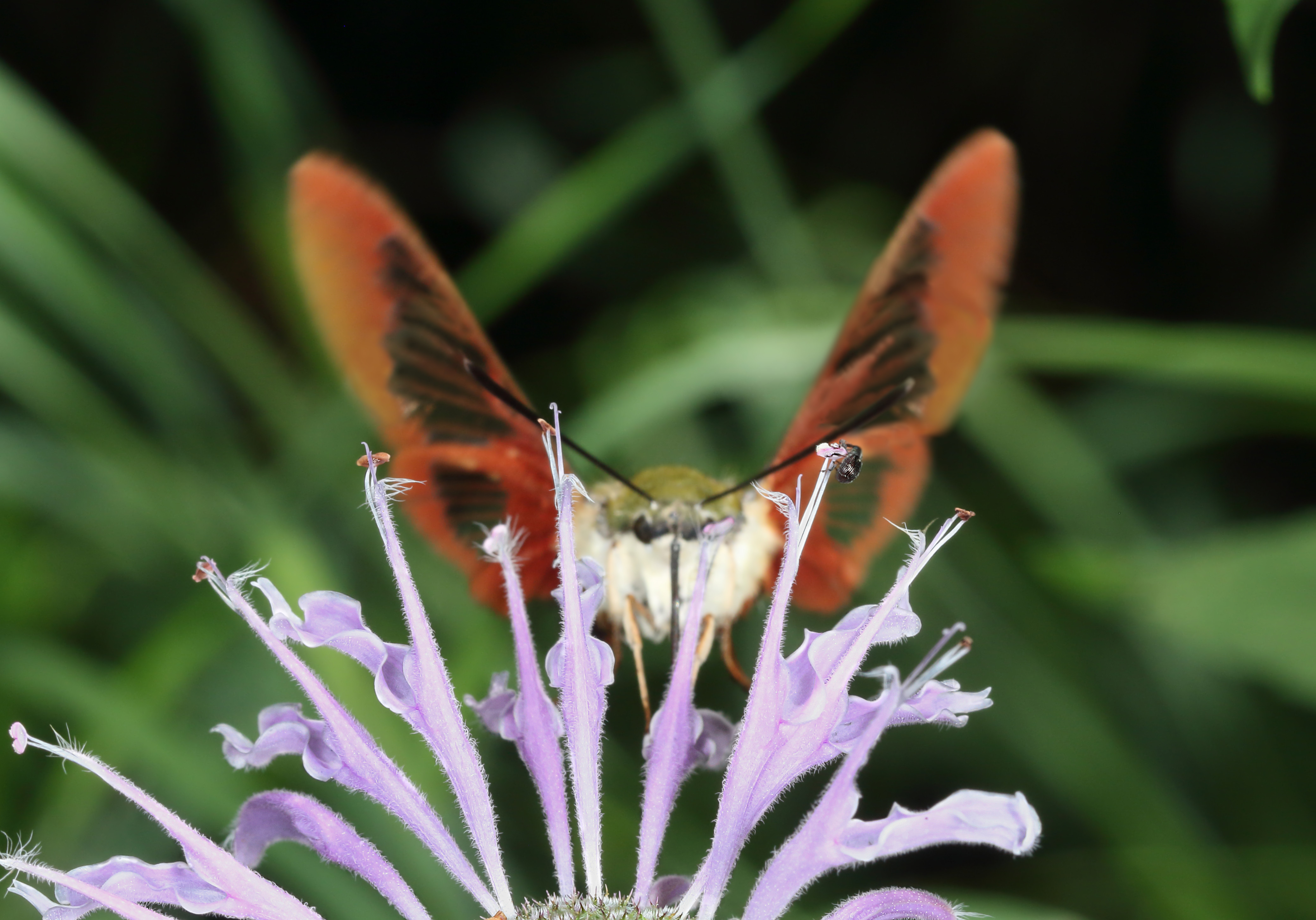 The odd-looking colony of insects in the next two pictures are bark lice. These belong to the insect order Psocodea (formerly known as Psocoptera), and that includes the parasitic lice that live on mammals and birds. But bark lice mainly feed on lichens and algae on plant stems. This species (Cerastipsocus venosus) is known as “tree cattle” because of their herding behavior, and that is a species where males grow wings while females remain wingless.

I was quite unfamiliar with their behavior as I’ve not seen them before. But this herd demonstrated that although they are kin to parasitic lice, bark lice are surprisingly alert and zippy. After the slightest vibration on their twig they rapidly began to spread out in sudden, synchronized little stampedes. In moments they were well dispersed. 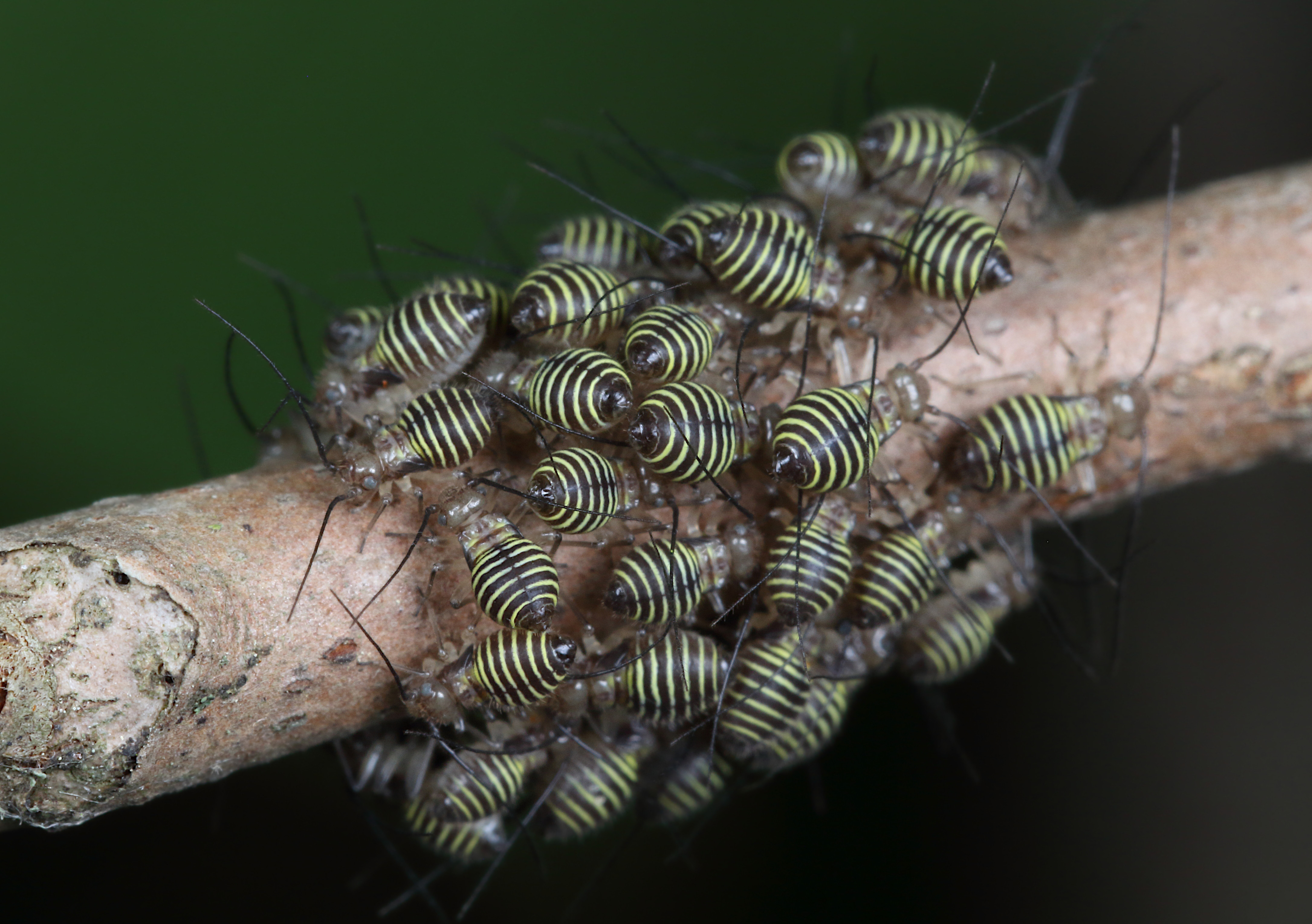 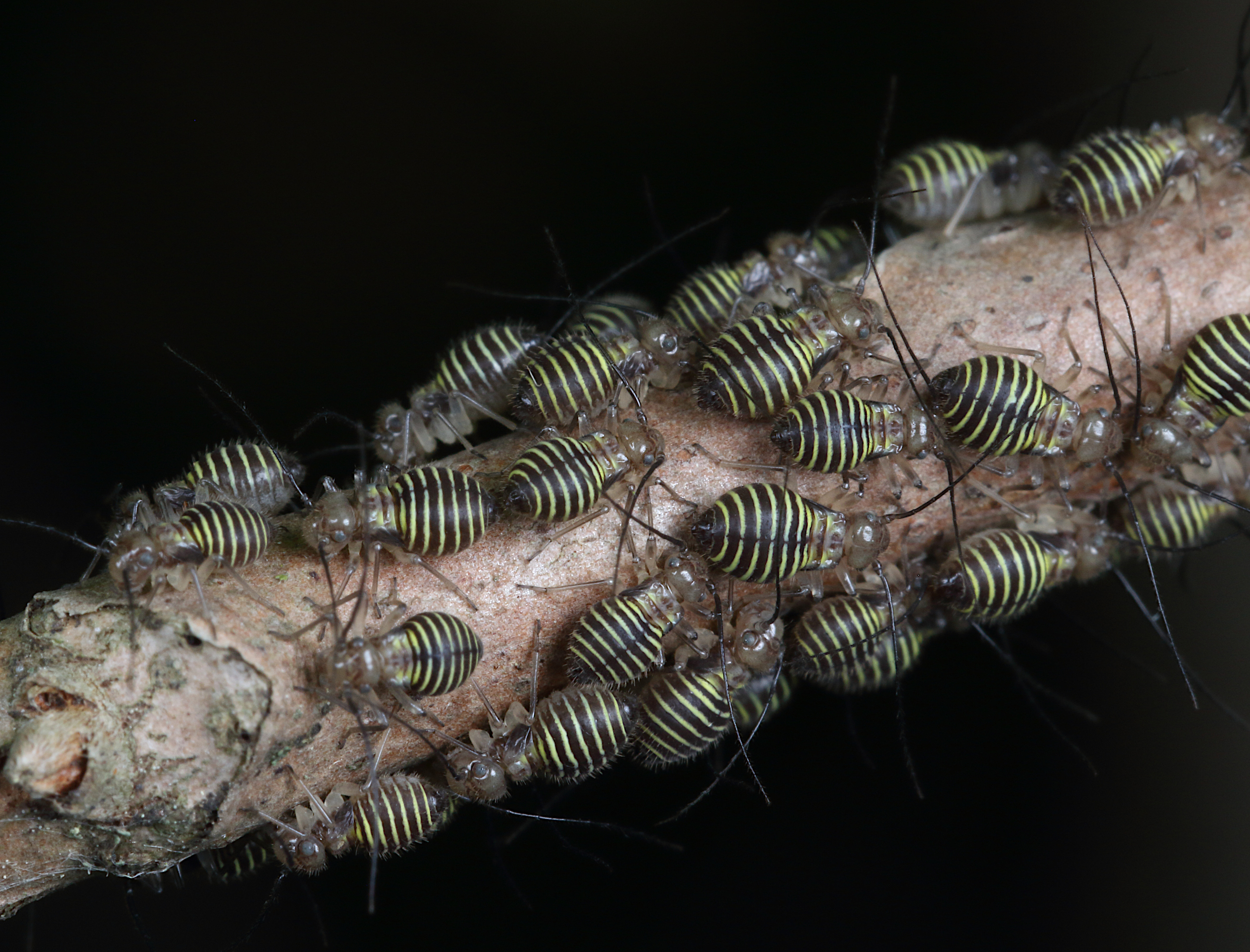 Next up is a group of linden lace bugs (Gargaphia tiliae). Those black dots on the leaves seem to always accompany them, but I don’t know what they are. Maybe egg masses, or a fungus that grows where they feed? In any case, if you want to find lace bugs (there are many different species), look for the black dots on the underside of leaves. Lace bugs will not be far. Different species prefer different host plants. 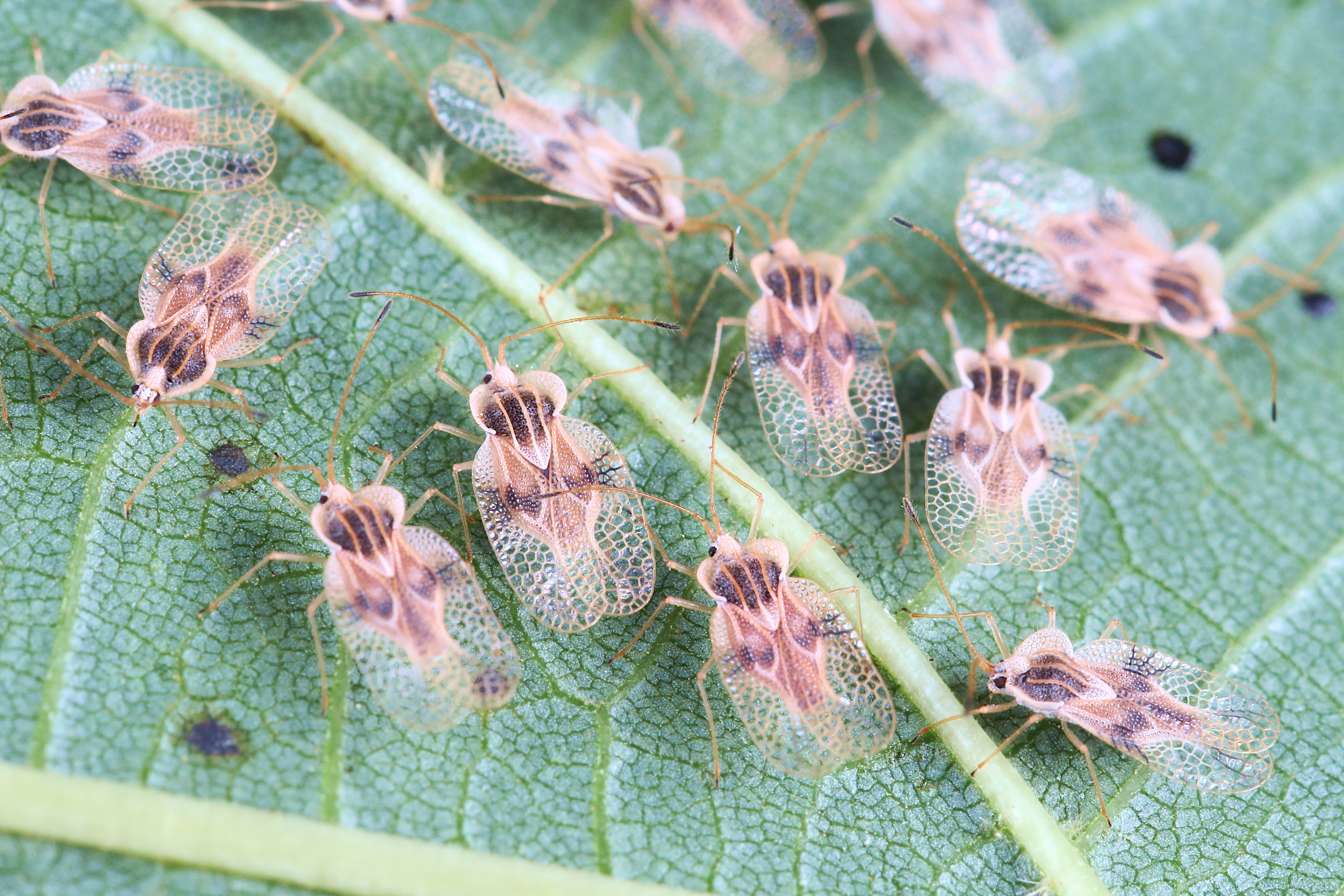 Finally, here is a crab spider. The eye morphology and the relative length of its legs identifies it to be a ground crab spider in the genus Xysticus. She was feeding on a beetle when I started photographing her, but the disturbance made her drop it just before these pictures were taken. She looks annoyed with me in the last picture (Sorry!) 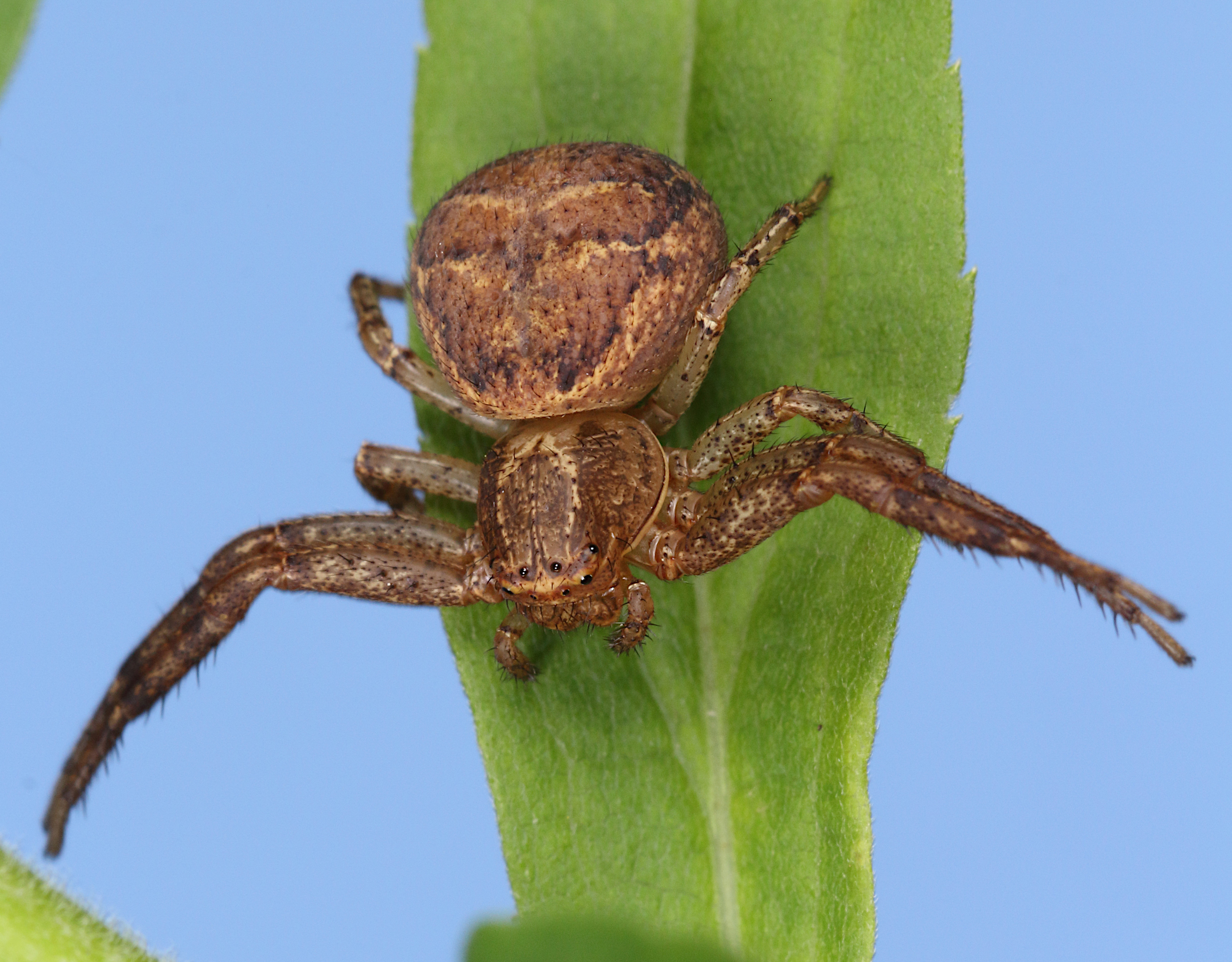 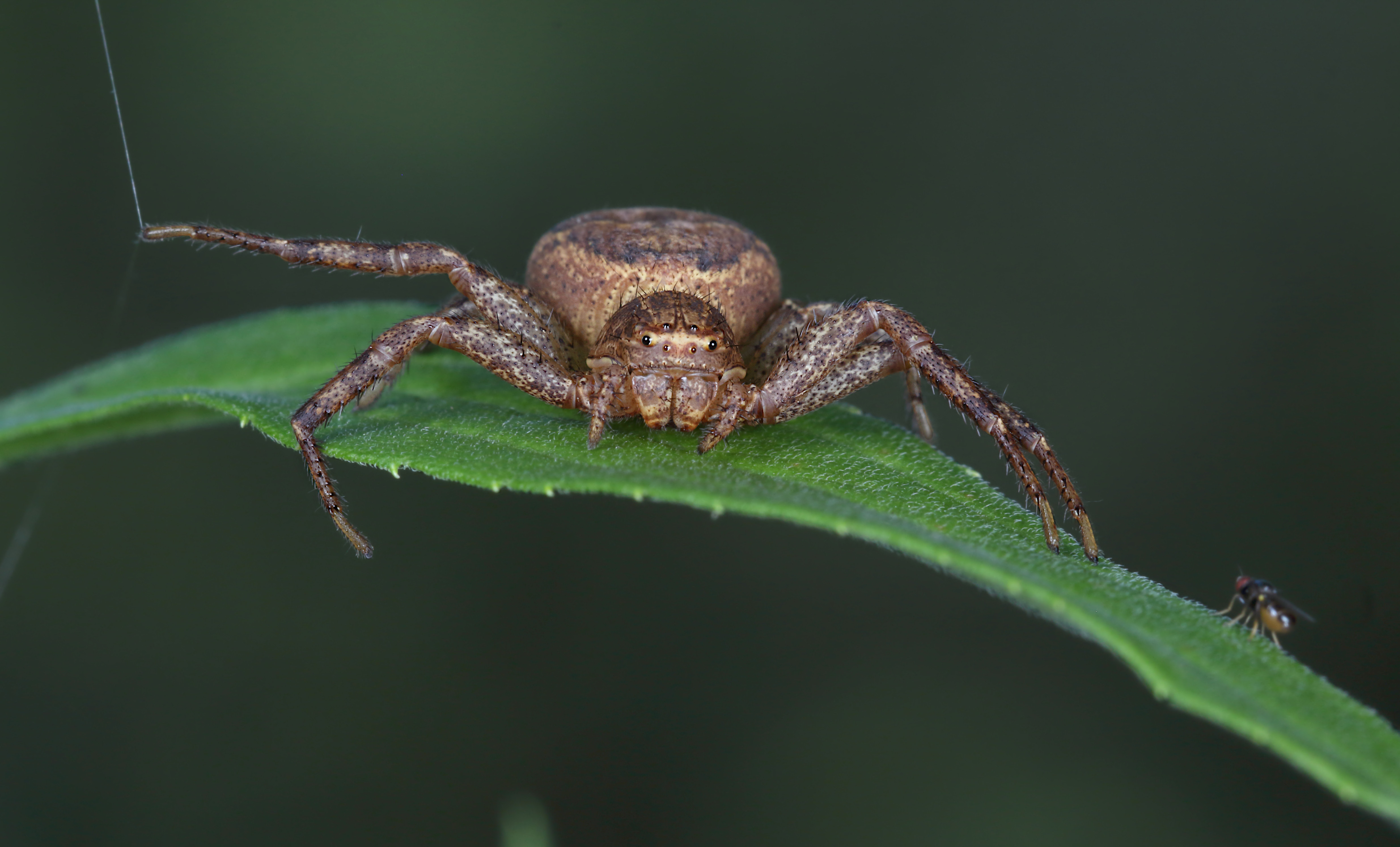