Intro by Jerry:  One of the pillars of neo-Darwinian evolution is the assumption, supported by a great deal of evidence, that mutation is “random.” This does not mean that mutations occur with equal frequency everywhere in the genome (they don’t), that different genes have the same mutation rate (they don’t), or that even within a gene some mutations don’t occur more often than others (they do). Rather, the statement that “mutation is random” means that the likelihood of a mutation occurring does not depend on whether in a given situation it would be advantageous or deleterious.

The idea that mutations are “nonrandom”—usually meaning that adaptive mutations are more likely to occur in some situations (e.g., a change in environment)—has been bruited about for years, mainly because if this was a fairly common phenomenon, it would create a substantial rethinking of the neo-Darwinian theory of evolution. But there is no way we know of that the frequency of an error in the DNA sequence, which is what a mutation is, can be elevated in the adaptive direction when the environment changes. (We know that environmental changes can raise the overall mutation rate, but this is not an adaptive phenomenon because the vast majority of mutations are harmful.) Because of this lack of evidence for “adaptive mutation,” and the absence of a mechanism whereby it could occur, evolutionists continue to accept that mutations are “random” in the sense I defined.

Recently, a paper appeared that seemed to show that at least one mutation in human hemoglobin—the one causing sickle-cell anemia when present in two copies—could occur more frequently in areas where the mutation is adaptive: malaria-ridden areas of Africa. The sickle-cell mutation, as Brian Charlesworth shows below, is adaptive, but only when present in one copy, when, together in a “heterozygote” with one copy of the “normal” hemoglobin beta chain, it confers substantial protection against malaria.  The heterozygote has higher survival and reproductive fitness than either the homozygote for the ‘normal’ allele, which is more prone to fatal malaria, and the sickle-cell homozygote, which has the disease sickle-cell anemia and is prone to die before adulthood.  The mechanics of population genetics show that if a heterozygote with one copy of each of two alleles has higher reproductive ability (read “survivorship” here) than either of the two homozygotes, it will be maintained in the population at a stable equilibrium frequency, regardless of how bad off the homozygotes are. The sufferings of those with sickle-cell anemia can be seen as the price paid because of the higher malaria resistance of heterozygotes carrying only one copy of the gene. It also shows that evolution doesn’t create the optimum situation: that would be a single mutation that causes malaria resistance when present in either one or two copies.

This, by the way, explains why African-Americans are more prone to sickle-cell anemia than people from other populations, for they still carry the “HbS” mutation prevalent in their ancestors who were brought to America as slaves. The frequency of the HbS mutation in the U.S., however, is now falling, and for two reasons: we don’t have malaria in the U.S., which is necessary to keep the gene at an equilibrium frequency, and because African-Americans have intermarried with whites, who don’t carry copies of HbS.  Eventually, prenatal testing and genetic counseling will be able to eliminate sickle-cell anemia, and the HbS allele, completely.

At any rate, the paper, by Melamed et al. (reference below), appeared to show that the mutation rate from the “normal” DNA sequence to the HbS “sickle-cell” sequence was higher in Africans than in Europeans. This was quickly picked up by the popular press as an example of “adaptive mutation” and as a refutation of modern evolutionary theory. (The “Darwin Was Wrong” trope still sells newspapers, especially in America!) Many readers wrote me and asked me about this paper, which I hadn’t yet read, but I told them that a better analysis was in the works.

I pointed this out to my friend, colleague, and ex-chairman (at Chicago) Brian Charlesworth, one of the world’s premier evolutionary geneticists. He quickly spotted the error in the Melamed et al. paper that refuted its conclusion of “adaptive mutation,” but was too busy to refute it on paper. After I kept hectoring him to write something up since the “Darwin was wrong” trope was associated with this paper in many articles in the popular press, he finally deigned to write a short and sweet refutation. Rather than submit it as a rebuttal to the journal (he said he has two refutations of other papers in press, and doesn’t want to get a reputation as a debunker), Brian allowed me to publish the rebuttal here. I’ve put it between the lines below.

Note that the error in Melamed et al. stems from a flaw in the assumptions: that all the new mutations analyzed were independent.

The hemoglobin S variant (HbS) causes the near-lethal sickle cell disease when homozygous (present on both the maternal and paternal chromosomes) and confers protection against malaria when heterozygous (present on either the maternal or paternal chromosome). The HbS variant exists at substantial frequencies in several populations in Africa, as well as in Arabia and India. It is the classic example of heterozygote advantage, whereby a mutation that increases the fitness of its heterozygous carriers cannot replace its alternative because of the loss of fitness to homozygotes. (Note that 2022 is the 100th anniversary of R.A. Fisher’s discovery of how this process works). The HbS mutation is a single change from adenine to thymine at the sixth amino acid position in the beta globin gene, resulting a change in the amino-acid in the corresponding protein for valine to glutamic acid (it was the first mutation to be identified as causing a change in the sequence of a protein). Studies of the DNA sequences of chromosomes carrying the HbS mutation show that there are five major classes of sequences associated with it, but recent analyses show that the mutation probably arose only once, followed by recombination events that placed it onto different genetic backgrounds. This provides a classic example of what is known as a “partial selective sweep”, in which a new mutation with a selective advantage arises on a single genetic background, so that variants present on this background spread through the population in association with it.

Melamed et al. (2021) claim to have evidence that challenges the standard neo-Darwinian view that natural selection acts on mutations that arise “randomly”, i.e., without reference to their effects on the survival or fertility of their carriers (indeed, most mutations with noticeable effects reduce the fitness of their carriers). The evidence for Melamed et al.’s claim comes from an experiment in which the authors applied a novel technique for identifying new mutations in millions of sperm cells. With regard to the detection of HbS mutations, they characterized sperm from 7 African and 4 European men. They observed 9 instances of the HbS mutation in the sperm of Africans and none in the Europeans. They pointed out that HbS is at a selective advantage in Africans but not in Europeans, and suggested that the seemingly higher mutation rate is the result of a hypothetical process proposed by Adia Livnat, a co-author of the paper, whereby “adaptations and mutation-specific rates jointly evolve”. This claim has been disseminated in the media as evidence against the neo-Darwinian view of selection on random mutations [JAC: see below for some of these media references]– here it is claimed that mutations that are selectively advantageous in a particular environment arise more frequently than in environments where they lack an advantage.

However, there is no statistical support for the claim that there is a higher mutation rate to HbS in African men. While the authors looked at very large number of sperm, these came from only 11 individuals. Five of the nine HbS mutations occurred in a single individual, and 2 other individuals contributed 2 mutations each. The events within individuals cannot be treated as independent of each other, because there is a large population of dividing cells that are precursors of the mature sperm. If a mutation occurs in a cell that gives rise to several sperm after a number of divisions, there will be several copies of the mutation in the sperm pool. This is the cause of the well-established fact that the frequencies of mutations in human sperm increase with the man’s age. If we treat each individual as a single observation, we have 3 cases of HbS mutations among 7 Africans and 0 among 4 Europeans. Fisher’s exact test shows that the difference between Africans and Europeans has a probability of about 11% of arising by chance in the absence of any true difference.

There are other reasons for doubting this claim. First, it is exceedingly hard to see how there could be any biological process that could cause the HbS mutation to have a higher mutation rate in order to allow Africans to evolve malaria resistance, which is thought to have become a significant selective factor at most around 20,000 years ago. Mutations arise as errors in the replication of DNA molecules or as the result of damage to non-replicating molecules. There is no known mechanism whereby an organism could devise a process that would allow it to produce one specific class of mutation at a higher-than-average frequency just when that mutation is at an advantage. Further, the genetic evidence referred to above suggests that the HbS variant prevalent in human populations traces its ancestry back to a single ancestral mutation (Shriner and Rotimi, 2018; Laval et al., 2019) , so that there is no reason to believe that a high mutation rate has enabled multiple copies of the mutation to spread. 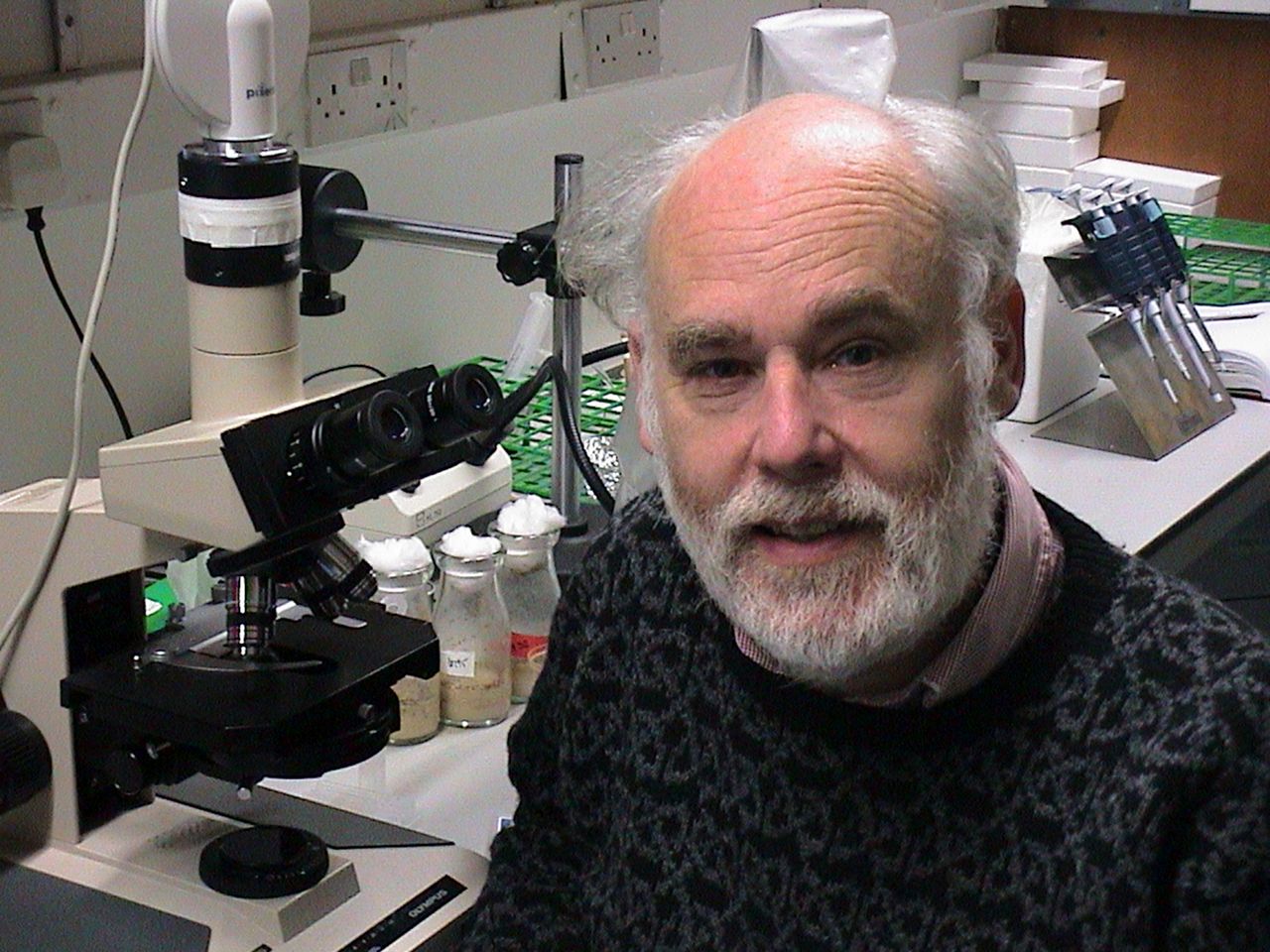