Nearly every day I pass this church walking home; I know it’s woke because of the signs it puts up occasionally. However, this sign particularly irritated me because of the section I’ve highlighted: 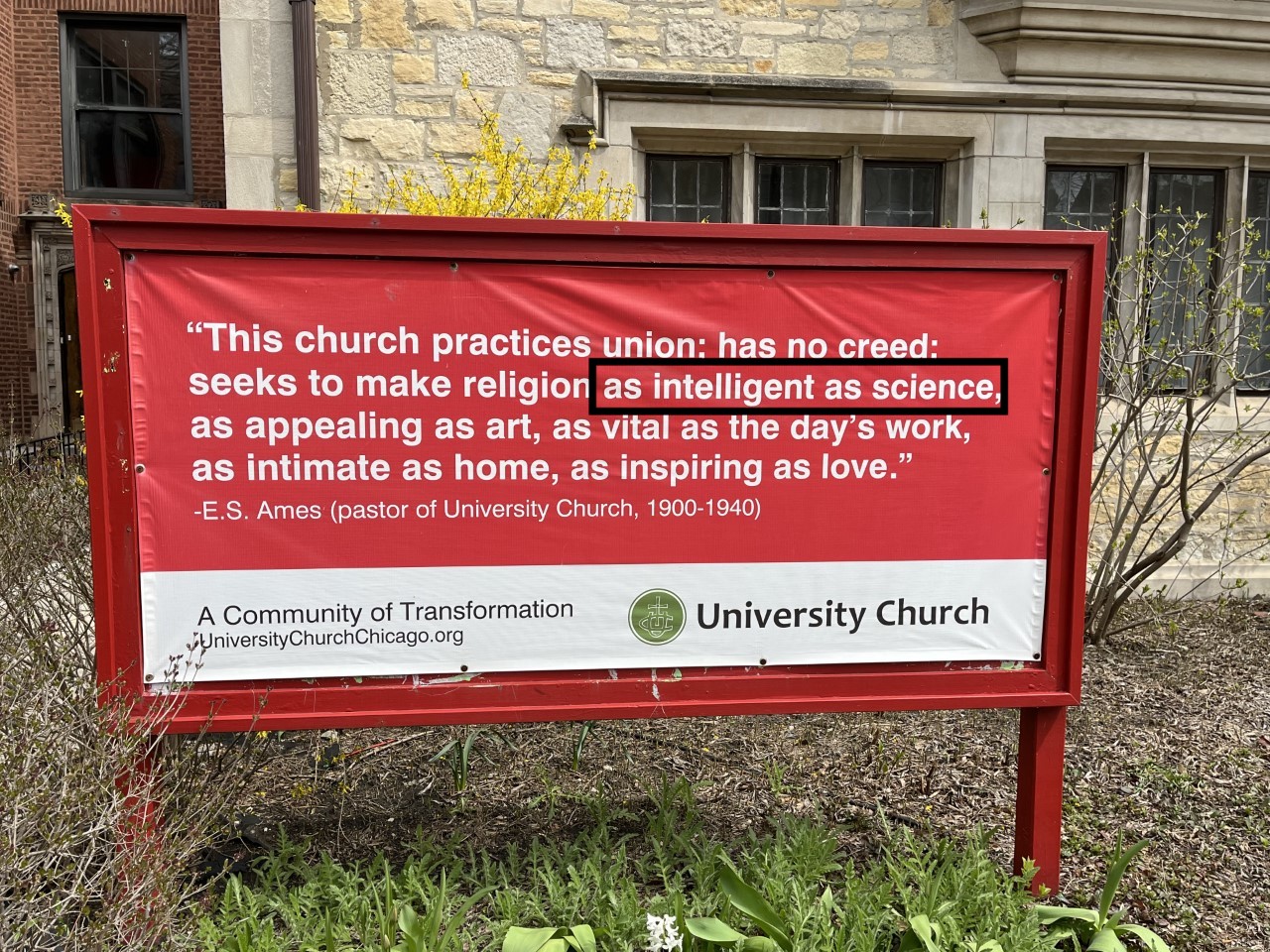 The instant I saw this I thought (not in these exact words),

“Okay, let’s make religion as intelligent as science. Take atheism versus religion. Adherents to the former don’t believe in an afterlife, but many believers do. Can you empirically falsify either position? If you’re an atheist who dies, if you were wrong you’ll know, for you’ll presumably be conscious that you’re living on in some form. But if you’re religious and you’re wrong, you’ll have no way of knowing, because you’ll be dead meat and won’t know anything.”

To take a Popperian stance, believers’ acceptance of an afterlife cannot be falsified, but the atheist stand can be.  Ergo, acceptance of the afterlife is not “scientific” to the religious.

Now there’s much more to say about this, and I’m sure some will disagree. For example, you can take a Bayesian approach and look for evidence that strengthens or weakens your belief. But crikey, it was just a thought, so don’t beat me up.  And you can hedge the “afterlife” in some ways that make my argument senseless.

Still, the claim that you can make religion as intelligent as science is poppycock. The former is based on faith, dogma, and authority; the latter on empirical evidence. Note, though, that in the last post I maintained that religion is largely based on empirical claims that in principle might be tested, and in some cases have been—and refuted (no creation, no Exodus, no Flood, etc.)

If you ask me what observations would make me reject evolution, I’ll give you a big list. (No such observations, however, have been made.) If you ask an Evangelical Christian, an Orthodox Jew, or a pious Muslim what would make them reject their faith, they will more likely than not say, “Nothing, for I know it’s true!” This is the stand of Tish Harrison Warren in the last post.

Happy Easter/Ramadan/Passover! (Today they coincide, which explains all the antitheism on the site).

26 thoughts on “A photo and an aphorism”