Today’s photos come from Paul Edelman, an emeritus professor of Mathematics and Law at Vanderbilt University. His notes are indented, and you can click on the photos to enlarge them.

When we were down in Sanibel, FL we once again visited Harns Marsh in Lehigh, FL.  I’ve sent you pictures from there before.  This time we were fortunate enough to see the Snail Kites (Rostrhamus sociabilis).  South central Florida is the only place in North America where one can find these birds and this population is under considerable threat.  The University of Florida, in conjunction with the United States Geological Survey, is currently monitoring and researching the Florida population. 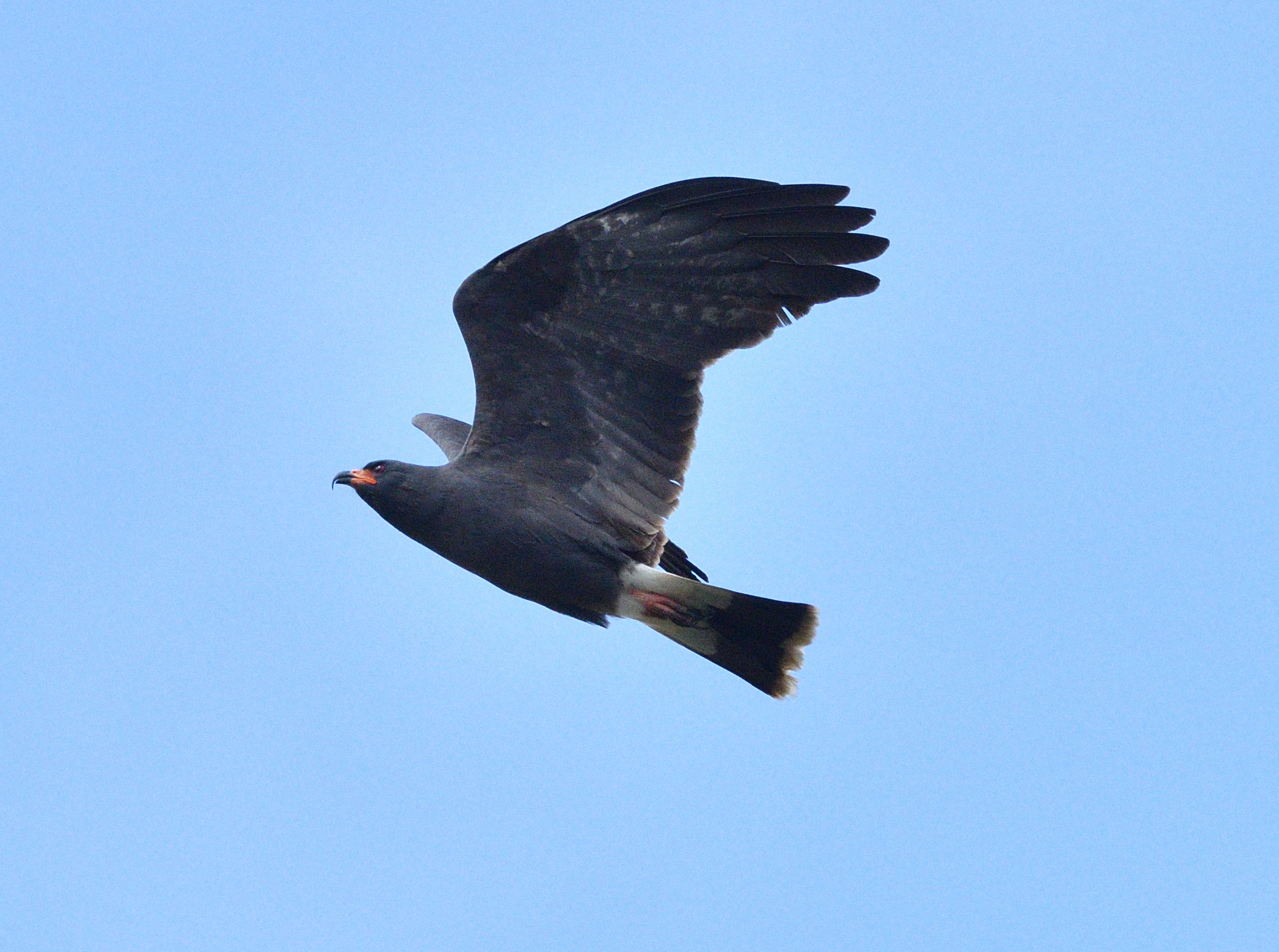 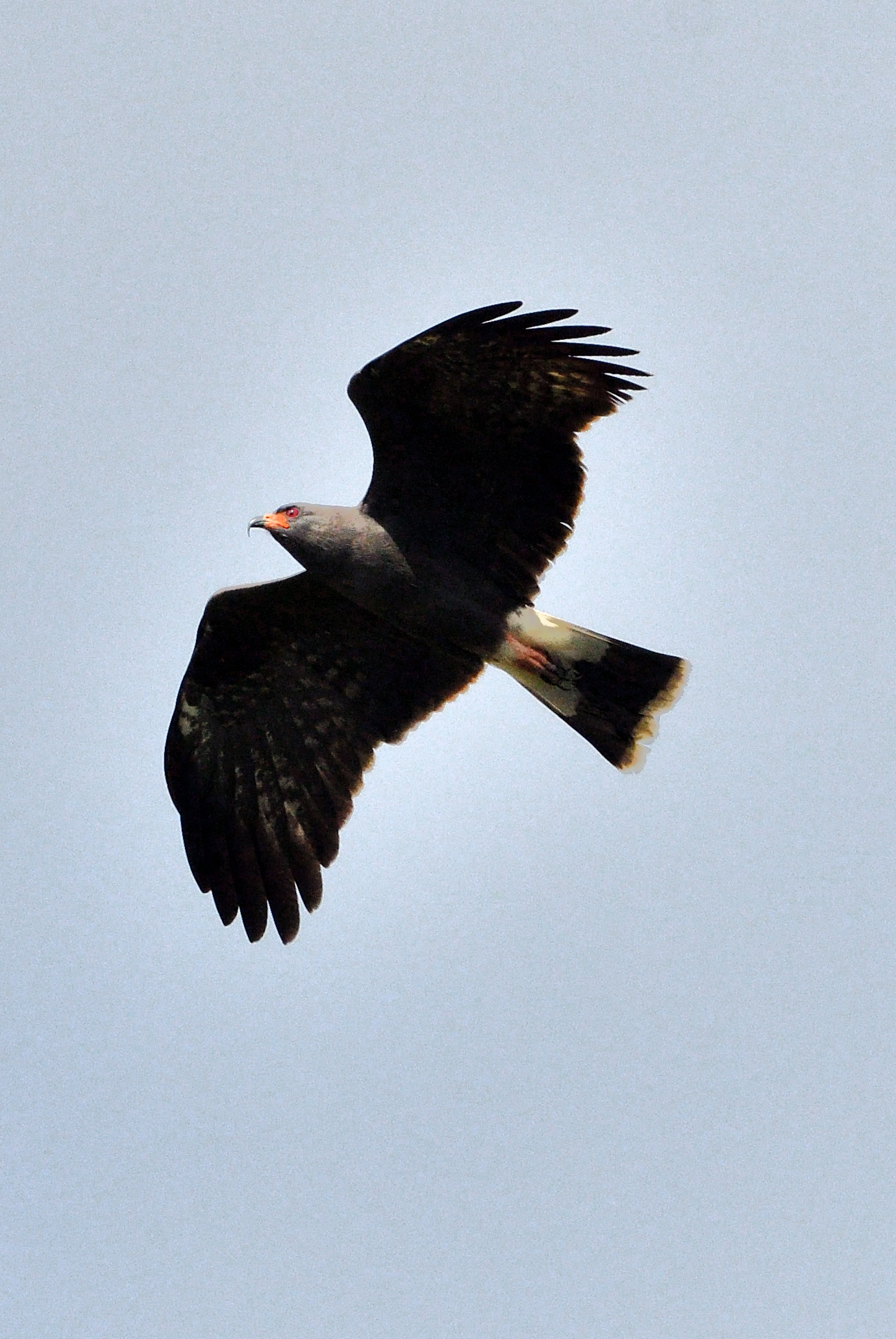 One problem for the snail kite is that its diet consists almost only of apple snails (genus Pomacea).  At Harns they are in competition for the snails with the Limpkin (Aramus guarauna), but since they hunt for these snails in different fashion (the kites from above and the limpkins from below) they seem to peacefully coexist.  The real threat is eradication of the marsh habitat cutting off their supply of food. 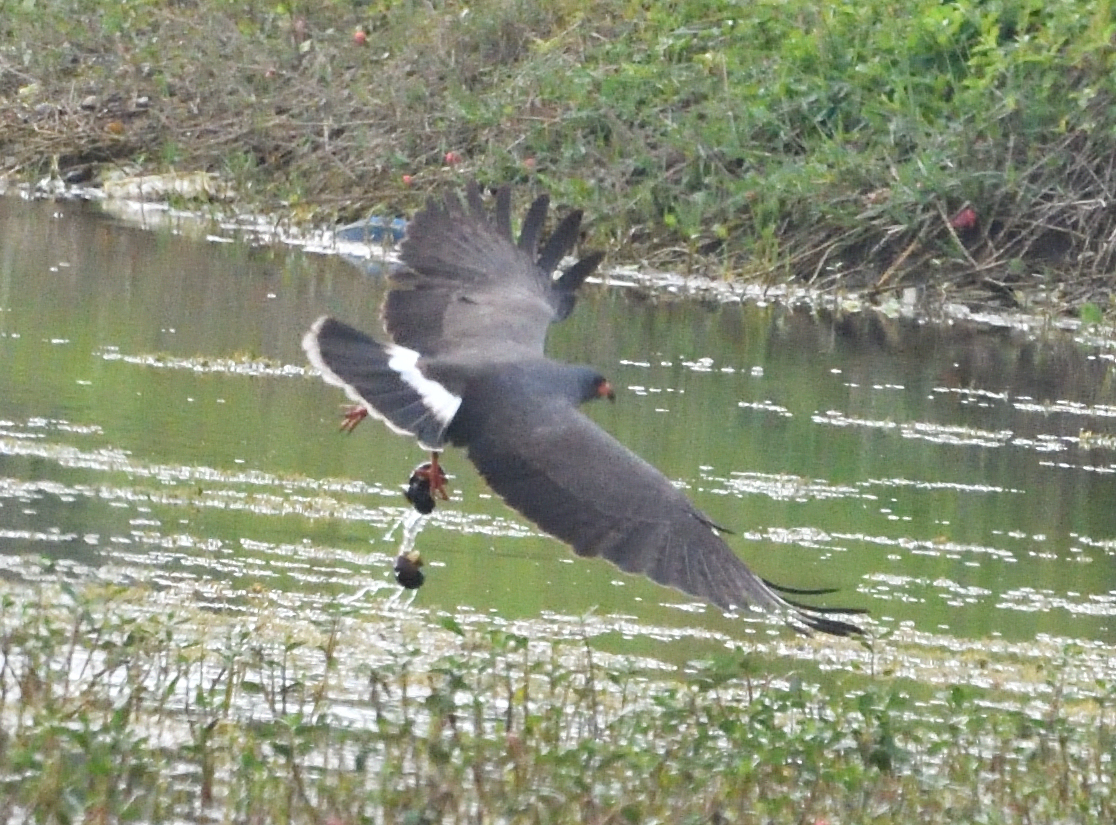 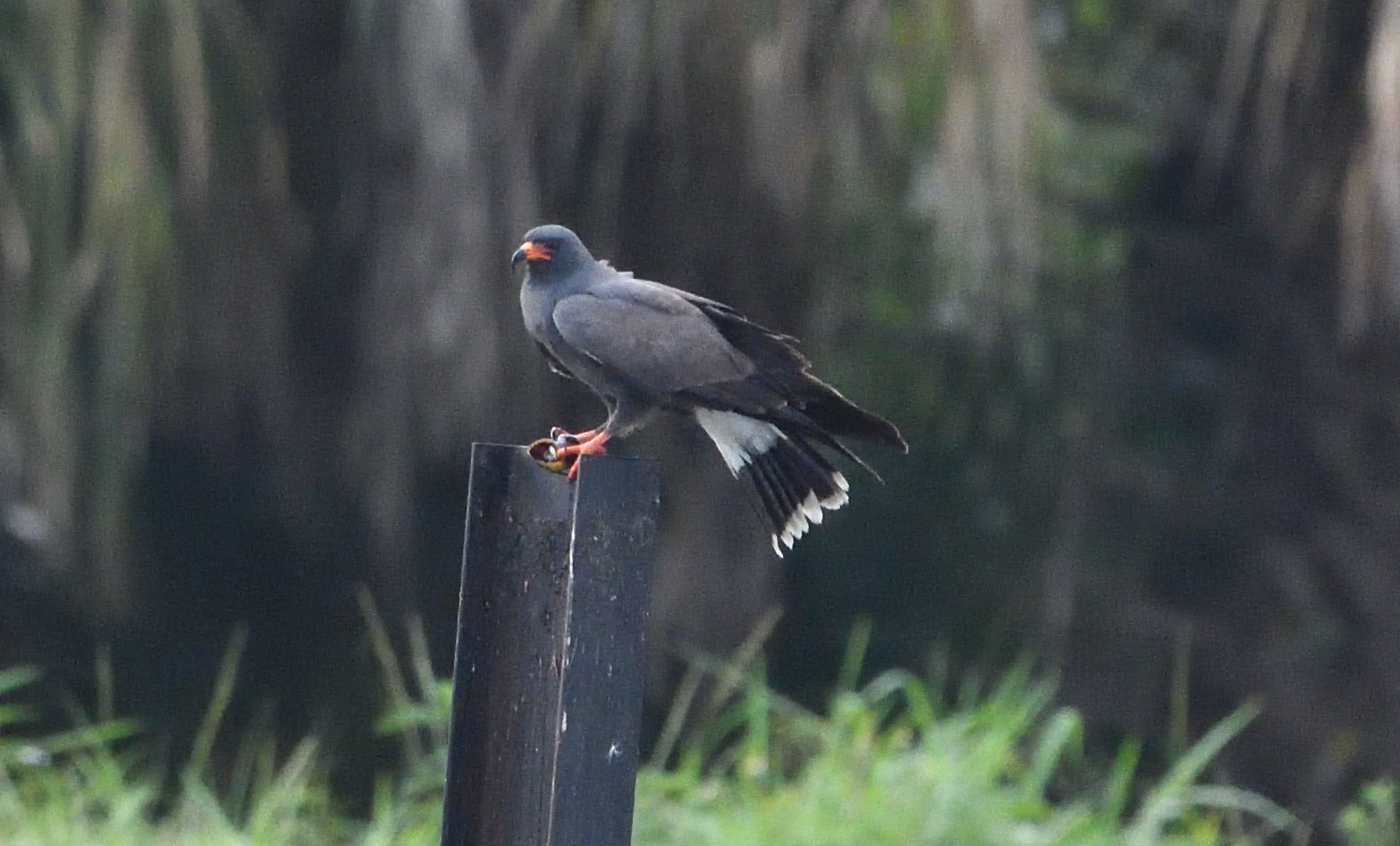 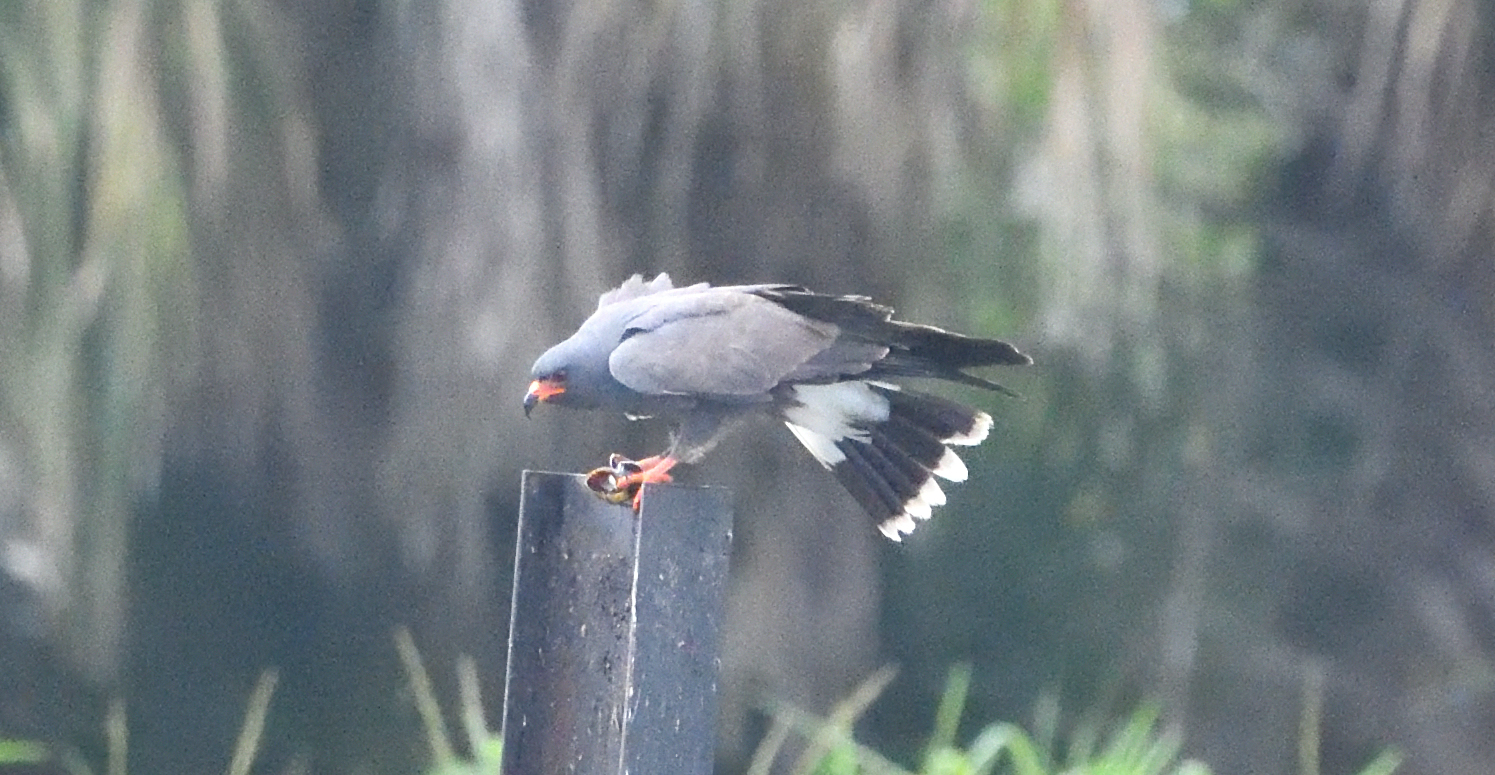 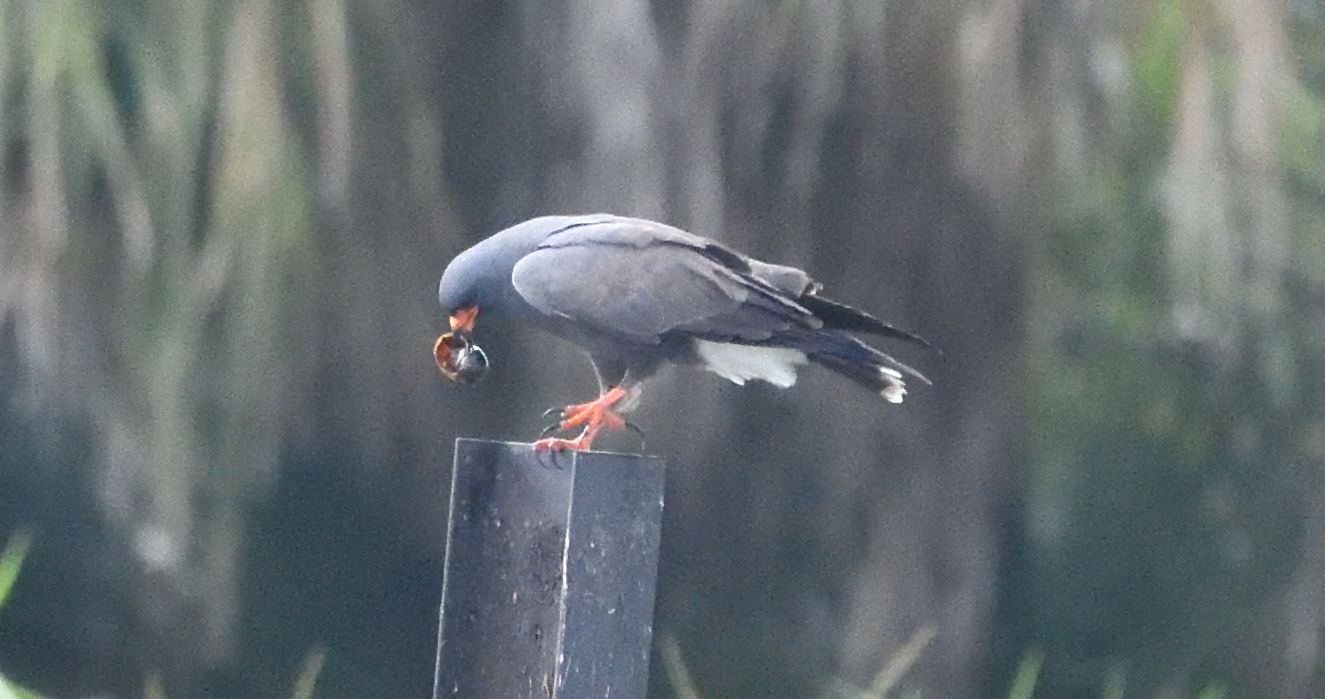 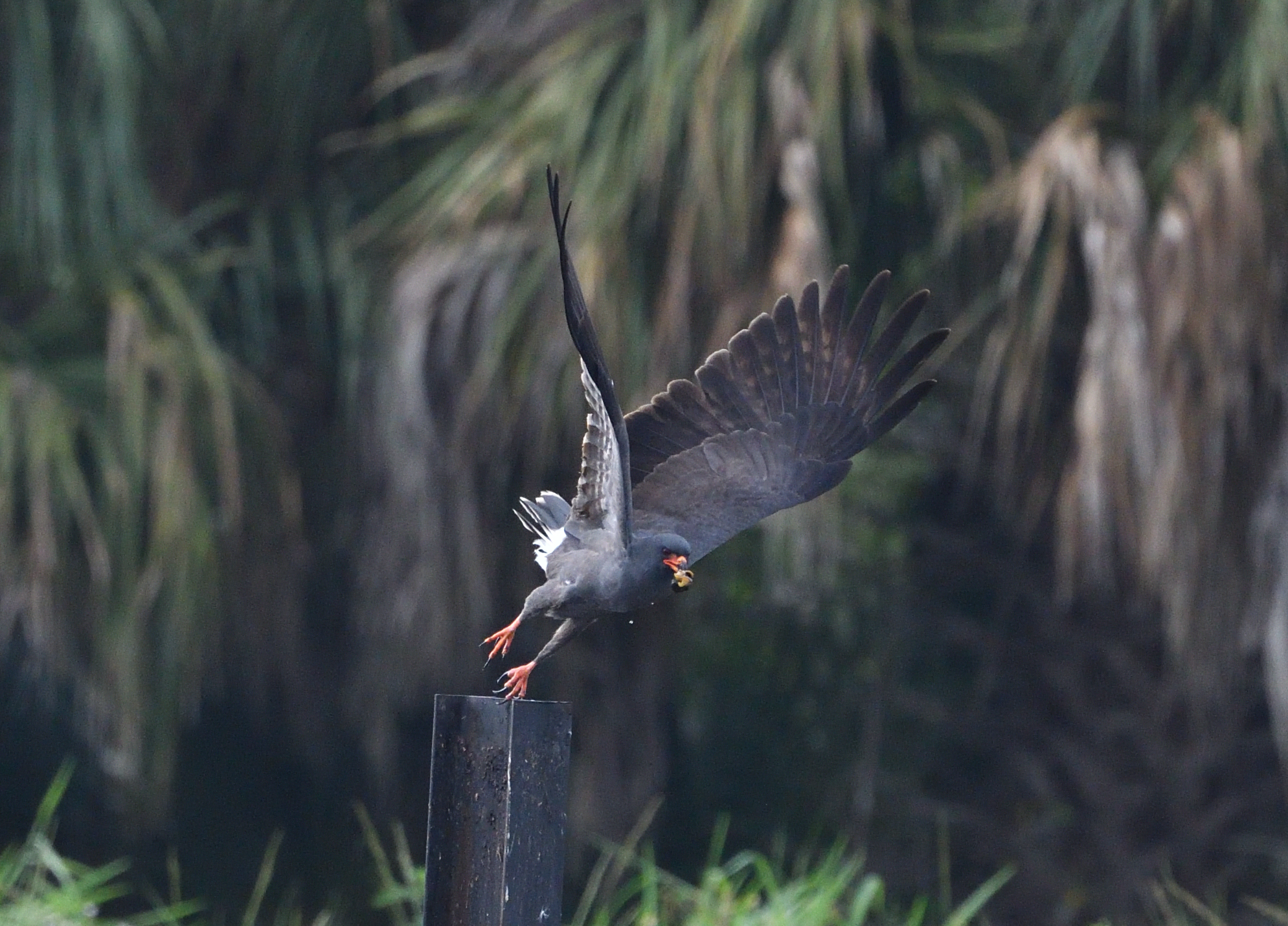 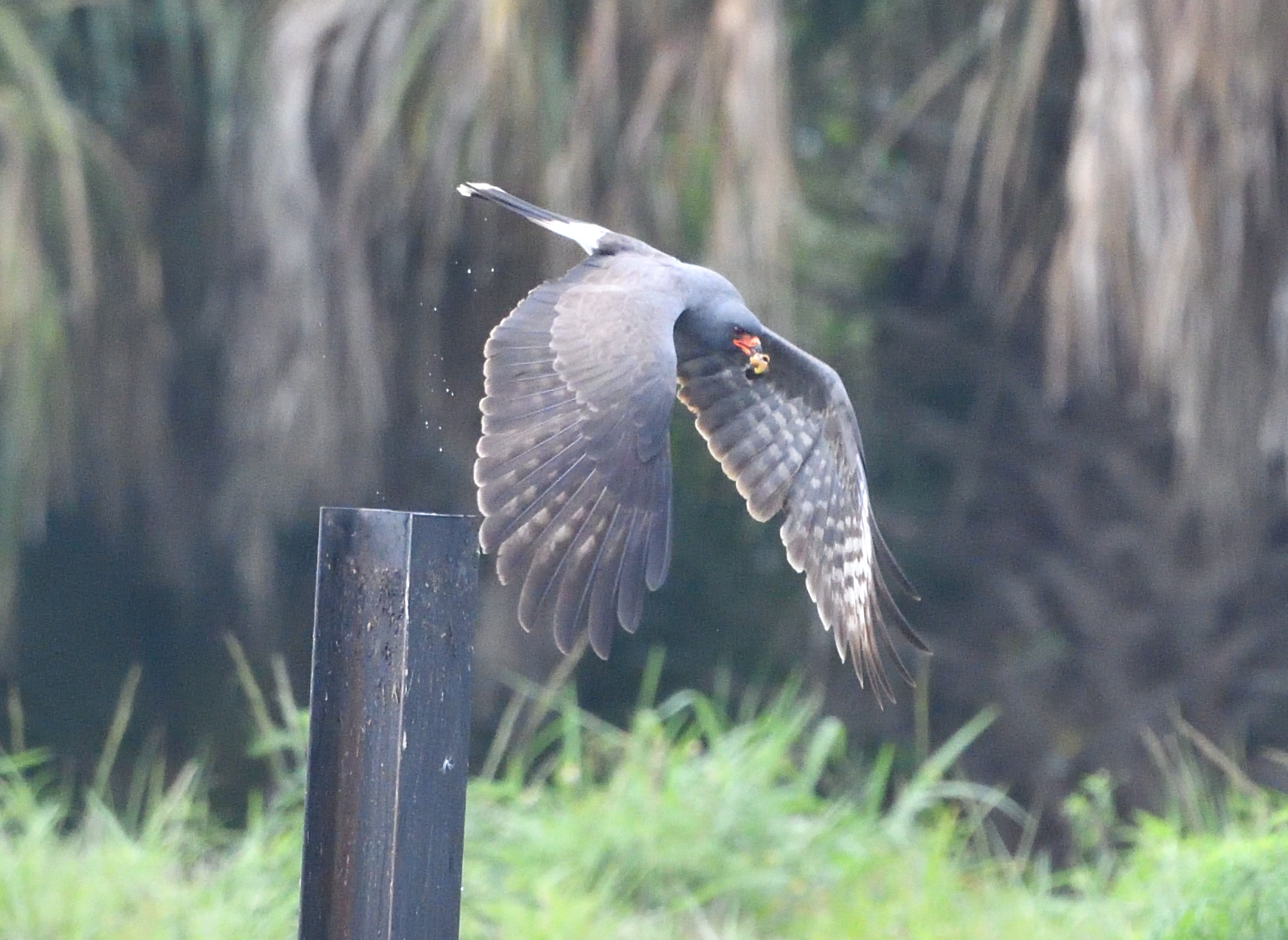 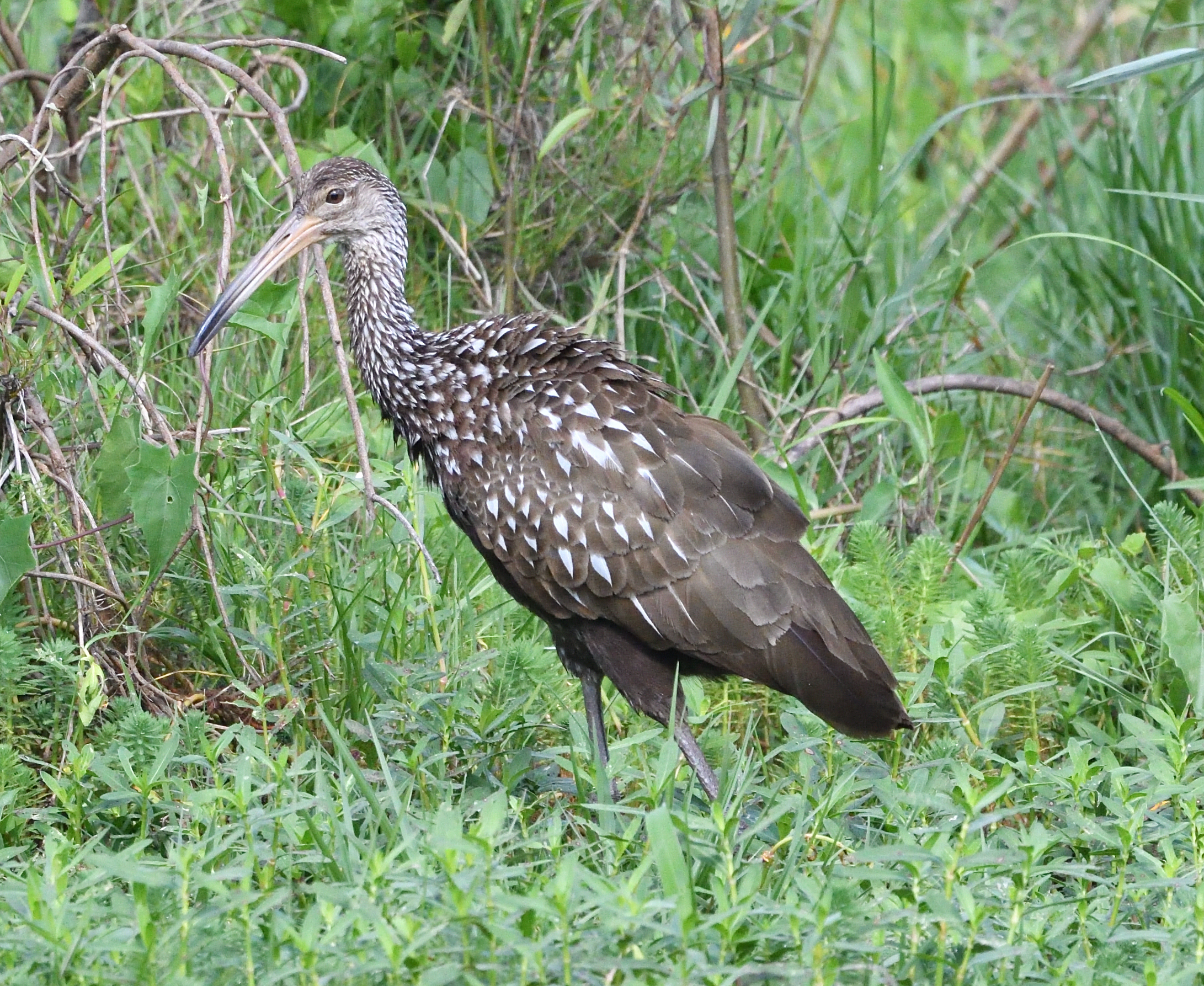 These birds are just gorgeous.  I apologize for some of the pictures being less than stellar, but the birds were not being particularly cooperative.  Nevertheless, the birds are quite unusual in many ways and I thought your readers would enjoy seeing them.