Where we are now: The ship’s real-time map shows that we’re in the Drake Passage heading back, this time to Valparaiso, (the port for Santiago, and a lovely city in its own right). The next few days will be spent cruising along the coast of Chile. Farewell, Antarctica! Will I be back? 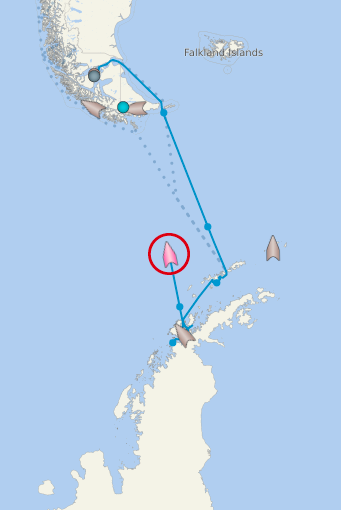 It was the roughest night in the Drake, and still is. It’s not the ship’s rocking in heavy waves that’s discombobulating, but the ship’s bouncing up and down several times a second—and has been doing so for hours. Ergo, I didn’t get not much sleep and I just found out I have to give a lecture at 8:30 a.m. The lecture hall is now open for attendees, but I doubt there will be more than a handful given the early hour and the bouncy night on the ship. And of course there’s no picture worth taking from the ship, as there’s water, water all around, but not a drop to drink.

In the dining room things are extra unstable since passengers are trying to walk around with plates of food. Some are being steadied by waiters as they head to their tables.

So a good but rocky morning on Thursday, March 24, 2022, as we bid farewell to the frozen delights of the South —a “quiescently frozen confection.” It’s National Chocolate Covered Raisins Day, a treat I used to eat in the movies when I was a child (nonpareils, on chocolate disks, was another favorite). My friends would call them “rabbit poop.”  Voilà!: 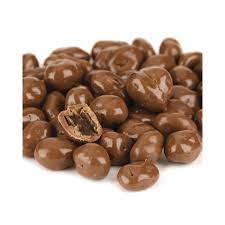 If you want to help out with “this day in history”, go to the Wikipedia page for March 24 and give us your favorite notable events, births, and deaths.

I’m in a rush, but here’s today’s NYT headline (click to read):

The big news here is that Biden’s in Europe to discuss not only increased sanctions on Russia, but the new deployment of lots of new NATO troops in the region around Ukraine. I’m not sure why this is, but it’s not a good portent. Here’s what the NYT says:

About 40,000 troops are currently deployed under direct NATO command across Estonia, Latvia, Lithuania, Poland, Slovakia, Hungary, Romania and Bulgaria. That is a twofold increase since Russian troops entered Ukraine on Feb. 24.

The largest contingent is stationed in Poland, with 10,500 allied troops, on top of Poland’s 120,000 troops. The country’s battle group is led by the United States

. . . .Speaking at a news conference before Thursday’s NATO summit in Brussels, the group’s secretary general, Jens Stoltenberg, said that he expected the alliance to make a decision on doubling the number of battlegroups on its eastern flank.

That would mean deploying more NATO troops to Bulgaria, Hungary, Romania and Slovakia. He said the alliance would also increase support to Ukraine and to other partners at risk from Russian pressure.

Will this accomplish anything except further enrage and incite an already unhinged Putin? Truly, now I am afraid of a wider war. What will the deployment of more NATO troops accomplish unless Putin is already poised to invade surrounding countries, and that means World War III. But I suppose the brass know what they’re doing.

But then there’s this:

NATO’s secretary general, Jens Stoltenberg, repeated his statements from Wednesday that “any use of chemical weapons would fundamentally change the nature of the conflict.” But when pressed, he said he would “not speculate” about how NATO might respond if chemical agents, borne by the winds, would drift from Ukraine into NATO territory.

*And the “allies” are talking about war crimes now:

The U.S. government has formally concluded that Russian forces have committed war crimes in Ukraine, Secretary of State Antony J. Blinken said in a statement on Wednesday.

But the statement did not mention Mr. Putin himself, saying only that “members of Russia’s forces” had committed such crimes. During a briefing for reporters on Wednesday, State Department officials declined to say whether their findings might implicate Mr. Putin.

Proving Mr. Putin’s responsibility for war crimes in a forum like the International Criminal Court, which is investigating the charges, could be difficult. It would likely require demonstrating Mr. Putin’s intent, something that could require proof of his communications with military commanders.

*The Washington Post reports that now there are “deep divisions in NATO” about how to deal with the Russians. The issue involves public discussion of strategy:

Allied leaders are discussing whether it is best to keep Russia guessing about what will trigger a bigger military response or to outline precisely what would draw NATO into a conflict.

Some NATO policymakers in Europe worry that there has been too much public messaging about what the alliance won’t do — send its troops into Ukraine, nor, for the moment, send fighter jets for which Kyiv has been campaigning. With the threat of Russian nuclear and chemical weapons looming over the battlefields of Ukraine, a better approach, they say, would be not to rule out anything publicly.

The idea is also that by telling the world what the U.S. or NATO won’t do for Ukraine, it makes Putin more aggressive in the Ukraine.

“I don’t think this is very productive when we say every so often, ‘We don’t want World War 3,’ or ‘We don’t want conflict with Russia,’ ” said Marko Mihkelson, the head of the foreign affairs committee of the Estonian parliament, who was in Washington last week to lobby for additional troops and equipment for NATO’s eastern flank. “That’s a green light to the Russians that we’re afraid of them.”

*And the headline of the Wall Street Journal (click on screenshot to read):

NATO estimated Russia has lost as much as one-fifth of its combat forces sent to Ukraine in about a month of fighting as President Biden and alliance leaders gathered in Brussels for a summit to discuss providing further support to Kyiv to repel the Russian invasion.

Between 7,000 and 15,000 Russian soldiers have been killed in Ukraine and up to 40,000 Russian troops in total have been killed, wounded, taken prisoner or are missing, said a senior military official from the North Atlantic Treaty Organization. Russia may also have lost 10% of its equipment, impairing Moscow’s ability to maintain its pace of operations, said another NATO official.

Yes but Russia has combat forces elsewhere that can be diverted, and will if the attrition continues. Given the unwillingness of NATO to engage Russia directly—a tactic that surely must be the right thing to do—we’re going to have to accept that whatever the peace terms, Ukraine is  destroyed as a functioning country, with a quarter of its population as refugees and much of its infrastructure gone. Further, I still don’t think that Putin will accept any settlement that doesn’t give him control of either part of or all of the Ukraine.

*Madeleine Albright, the female U.S. Secretary of State, has died at 84. Although you may remember her as a savvy diplomat and counselor to Bill Clinton, you should read the NYT obituary, as she had a far more interesting life than you’d suspect.

The galley proofs for Matthew’s next book came today (he emailed me). I’ve read it in draft, and it’s a good mixture of science and the history of science. The U.S. title sucks, but Matthew had no choice about that. Here’s his announcement on Twitter:

It got real. Proofs of THE GENETIC AGE just arrived. Aka AS GODS in the USA. pic.twitter.com/OoRaNKMv2l

Now pardon me, ladies and gentlemen, while I finish this note at 6:30, take a shower, review my lecture notes, and rush down to gulp my breakfast.  As the Germans say, “Bis bald!”

Hili is talking about the solution for Ukraine but also to other insoluble  problems (e.g, Iran). But the idea is for readers to decide for themselves to which problems there are no solutions but there are bad solutions and worse solutions.

Hili: There are no good solutions.
A: But there are better and worse solutions. 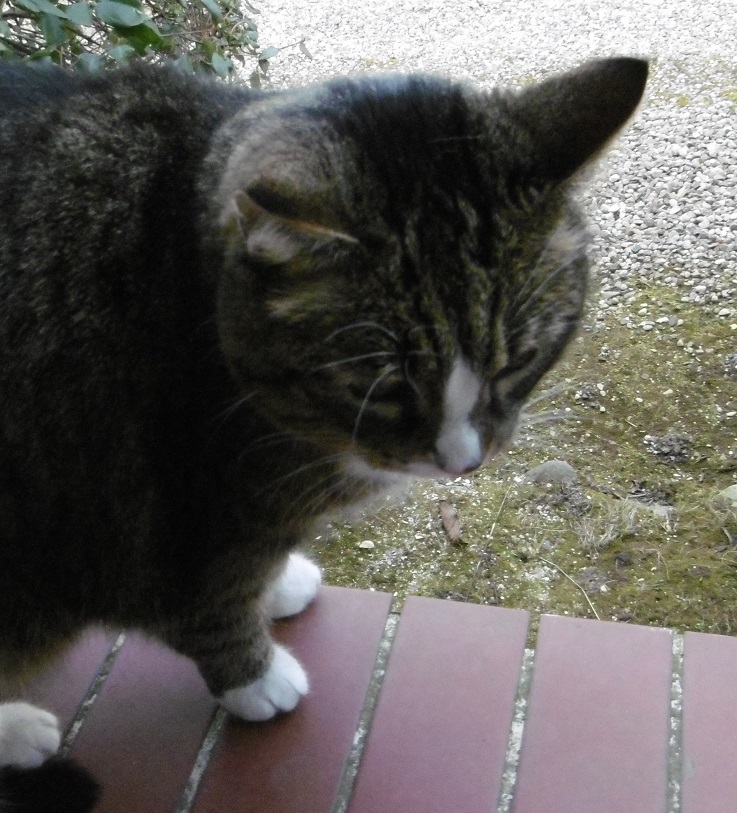 From Facebook, a mother crocodile and her babies. I had no idea they could have so many! 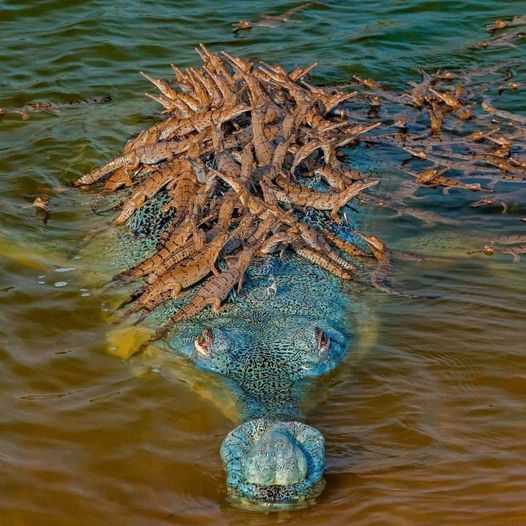 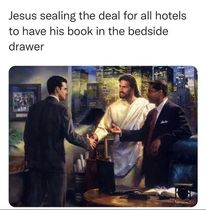 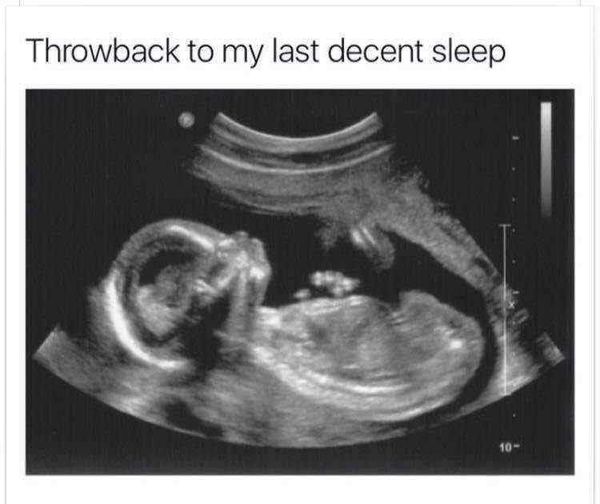 Two tweets from reader Barry. First, the difference between cats and d*gs. Note that the d*g also consumes the paper, explaining the reduced longevity of canids.

The difference between cats and dogs is pretty subtle. 😏🤣🐈🦮 pic.twitter.com/d9LNbLHdfb

And a lion—a very tiny one, but a fierce one—on the loose:

And several wily moggies. The d*g doesn’t even know enough to flee!

“Run! Run! The dog did it” 😅 pic.twitter.com/YipIBZV4gK

From the Auschwitz Memorial, 78 years ago today.

Jozef & Wiktoria Ulma risked their lives to help Jews during the #Holocaust. On 24 March 1944 the German police discovered the Jews in hiding.

The Jewish family was shot, as was the entire Ulma family – parents & 6 children. Wiktoria was 7 months pregnant. pic.twitter.com/JDbarBoTty

Do not try this at home unless you have a tame duck at home:

Remarkable things beyond our ken lurk in the briny deep. Look at this odd-eyed squid! I wonder if the asymmetry is directional (i.e., the right eye is always bigger than the left or vice versa) or “fluctuating” (one eye is always bigger, but sometimes it’s the left and sometimes the right. Explaining the evolution of directional asymmetry, which does occur fairly often (we have it ourselves) is a fascinating problem in evo-devo. How does a gene know whether it’s on the left or right side of a bilaterally symmetric animal?

Fresh from the deep!⁠
⁠
During a recent deep-sea dive, our team came across one of the most remarkable residents of the ocean’s twilight zone: the strawberry squid (Histioteuthis heteropsis). We spotted this crimson cephalopod 725 meters (2,378 feet) deep in Monterey Canyon. pic.twitter.com/h1von2qZI5

What kind of “camouflaged retreat” does this spider build? Apparently a net of thick silk that has a hidden trap door.

I retweeted this, wondering perhaps if there’s a part-time job for someone like me to vet these signs before they go up: