Although I’m far from Botany Pond, a handful of ducks have arrived, though they seem to come and go.  But one of the new “regulars” appears to be my beloved hen Honey, at least judging from the photos I’ve received and the behavior that’s reported to me.

Here’s a new photo. Note the distinctive black-pigmented triangle where the posterior part of her right bill meets her head (see red arrow). I have seen that pattern in no other duck. (This photo was taken by Team Duck member Jean Greenberg a few days ago.) Note as well the elongated black pattern anterior to that triangle. 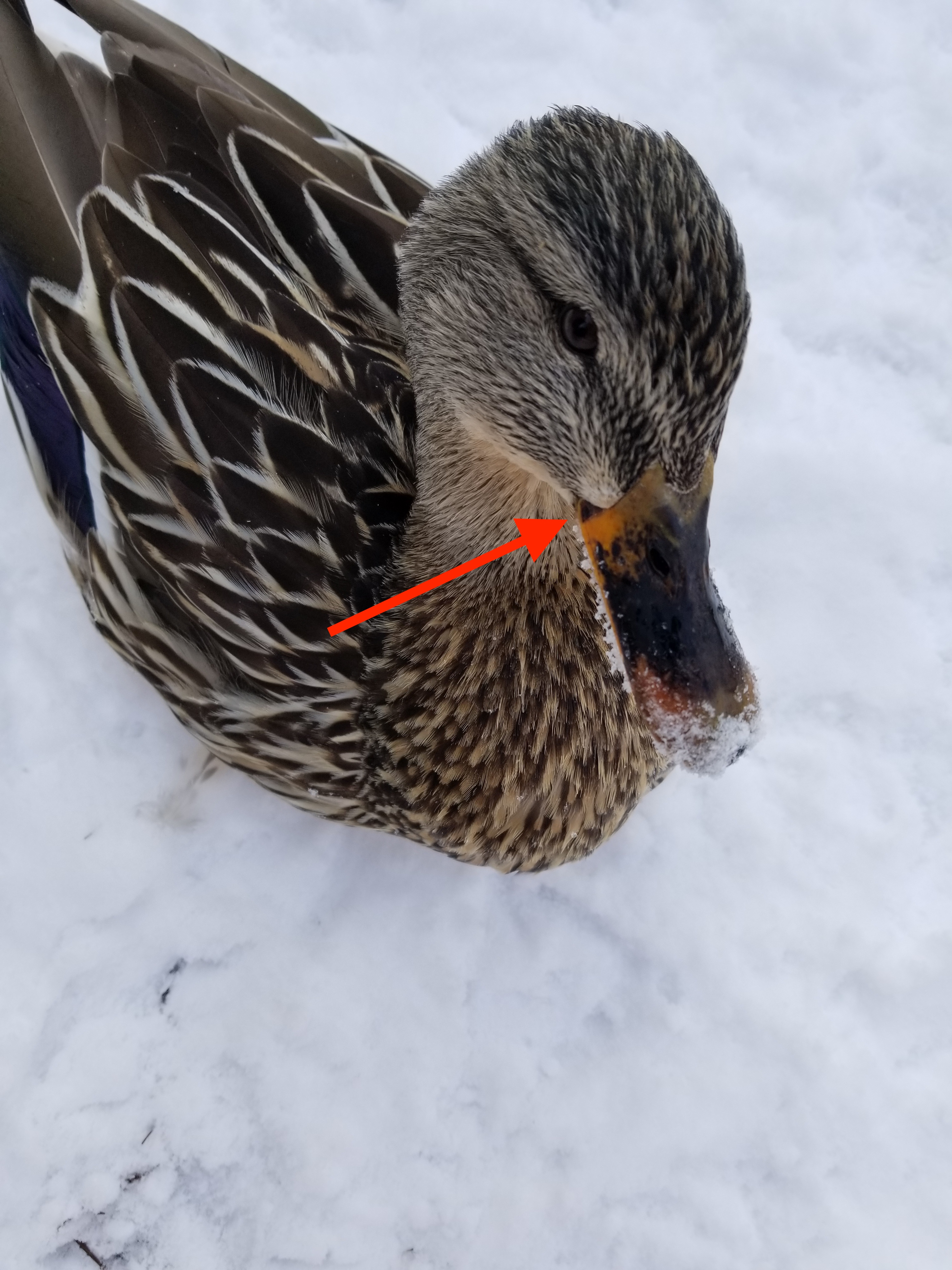 Both of these features have been seen in Honey in previous years, though the pattern changes a tad from year to year. 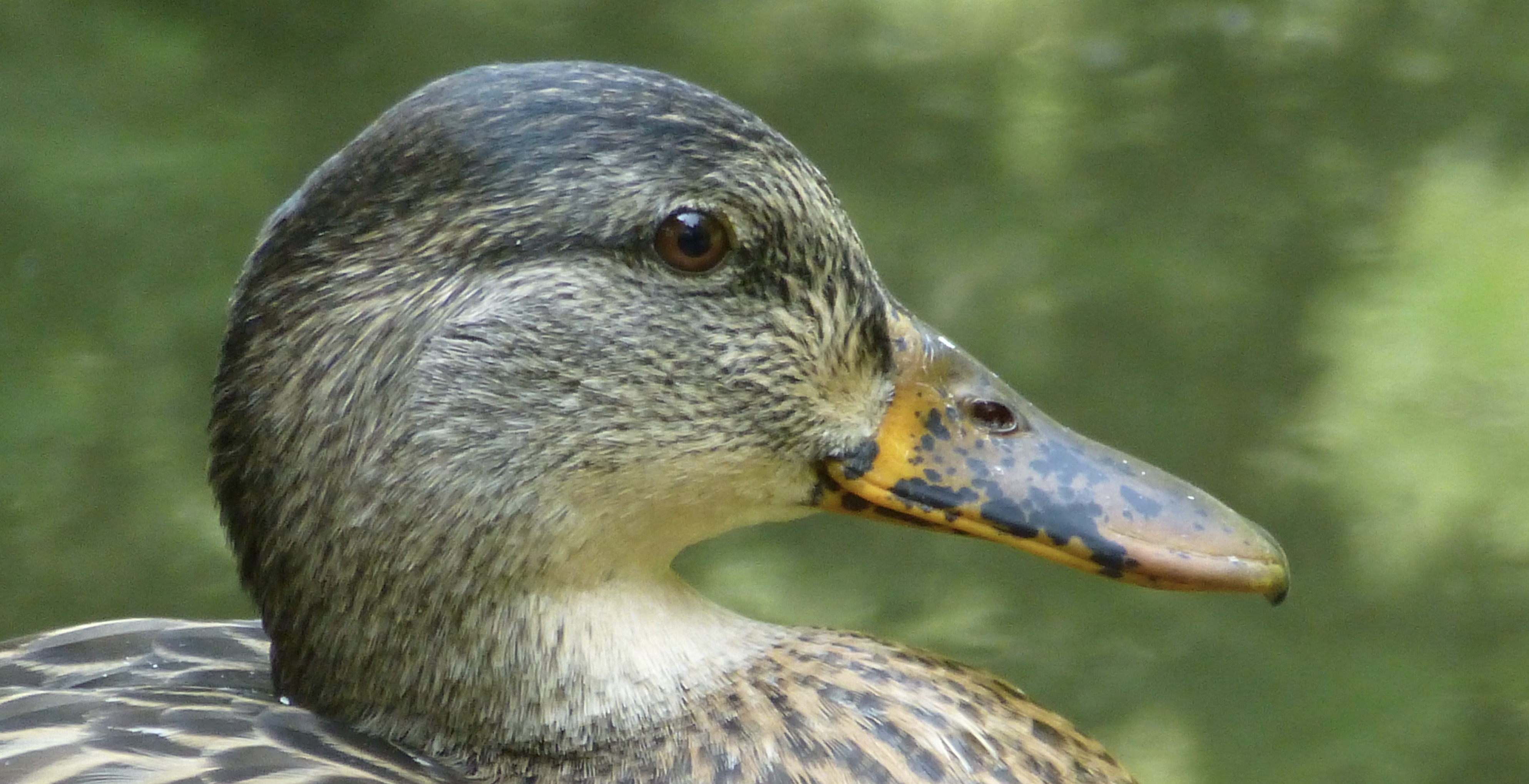 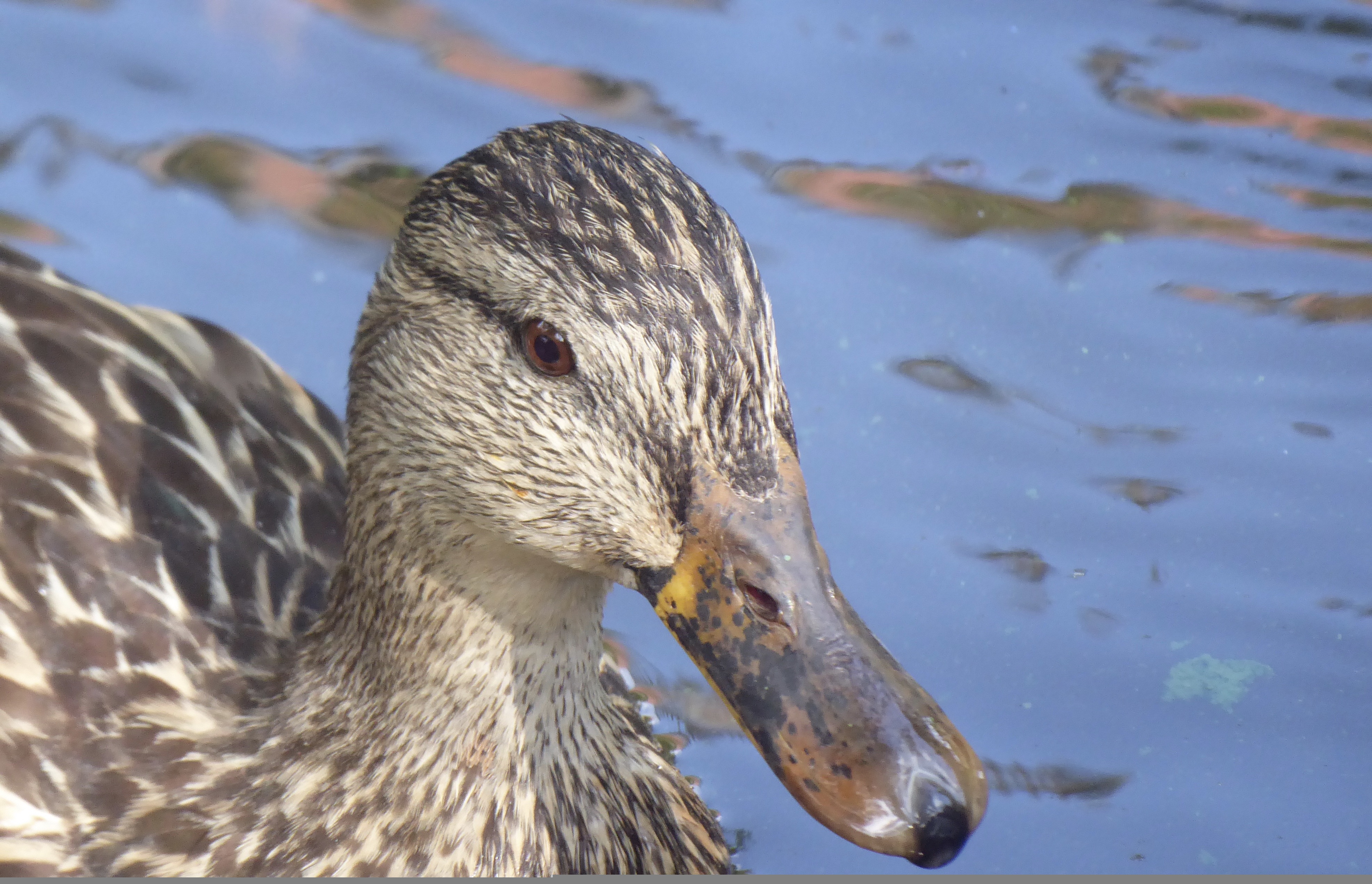 Not only do the patterns match, but so does her behavior. She’s always been the Alpha Hen of the pond, driving away the other ducks. She’s now eating from the hand, and driving away any ducks that intrude, nipping feathers from their butts. That is absolutely typical behavior of Honey.

If that is her, and I’ll verify for sure when I return, it will be her sixth year in a row that I know of in Botany Pond (I didn’t observe before that). She’s fledged thirty ducklings in all that time, and, if Facilities doesn’t decide to drain and redo the pond this summer, she’ll produce more. Keep your fingers crossed! It’s even possible that she’ll mate and start building a nest before I return in early April.