As Rodney Dangerfield used to say, “You think you had it rough?” Yesterday, as part of our 1.5-day voyage through the Drake Passage, the strait separating the tip of South America from the South Shetland Islands, we suffered the heaviest seas I’ve seen on this ship yet. But first a bit about the Passage from Wikipedia and then a map:

The Drake Passage (referred to as Mar de Hoces [“Hoces Sea”] in Spain and other Spanish speaking countries) is the body of water between South America’s Cape Horn, Chile and the South Shetland Islands of Antarctica. It connects the southwestern part of the Atlantic Ocean (Scotia Sea) with the southeastern part of the Pacific Ocean and extends into the Southern Ocean.

The Drake Passage is considered one of the most treacherous voyages for ships to make. Currents at its latitude meet no resistance from any landmass, and waves top 40 feet (12 m), hence its reputation as “the most powerful convergence of seas”.

The line above apparently delineates the part of the Passage construed as Argentinian territorial waters, to the right, from Chilean waters, to the left. We will be passing through the waters of both countries but will stop only at Chilean sites (Port Williams today to take on pilots and get clearance, and Punta Arenas for final docking.

The treaty contains a preamble, a maritime border definition, a comprehensive body of legislation on solving disputes, ship navigation rights and an exact definition of the border through the Straits of Magellan. Chile and Argentina, though never at war with each other, have named some of their border treaties as “peace treaties”.

The passage is rough because it’s part of the world flow of ocean currents, both deep and shallow, but the narrowness of the passage speeds up the flow of water. That, in conjunction with the local winds, often leads to very heavy seas. When you’re lucky enough to have a smooth crossing (as I have two times out of five), it’s called crossing the “Drake Lake.”

As I can’t see YouTube down here, I’ve embedded a video about making the Drake Crossing; I hope it’s interesting.

I can’t imagine rowing through what could be treacherous seas, but of course Shackleton did a lot of that on his journey from Elephant Island to South Georgia, and, just a few years ago, six guys rowed across the Drake Passage:

The first human-powered transit (by rowing) across the passage was accomplished on December 25, 2019. Their accomplishment became the subject of a 2020 documentary, The Impossible Row.

. . .and if you look up the documentary, you find this:

I can’t see YouTube videos here, but this is segment five of that movie. I trust it’ll be interesting but who knows?

It’s impossible to show you the heaving of the ship and the roughness of the sea in pictures (I do have video, but can’t post it here), but here are a few photos from my balcony, the bar, and the restaurant I’m just glad that I don’t get seasick, as this would be hell for the nausea-prone. 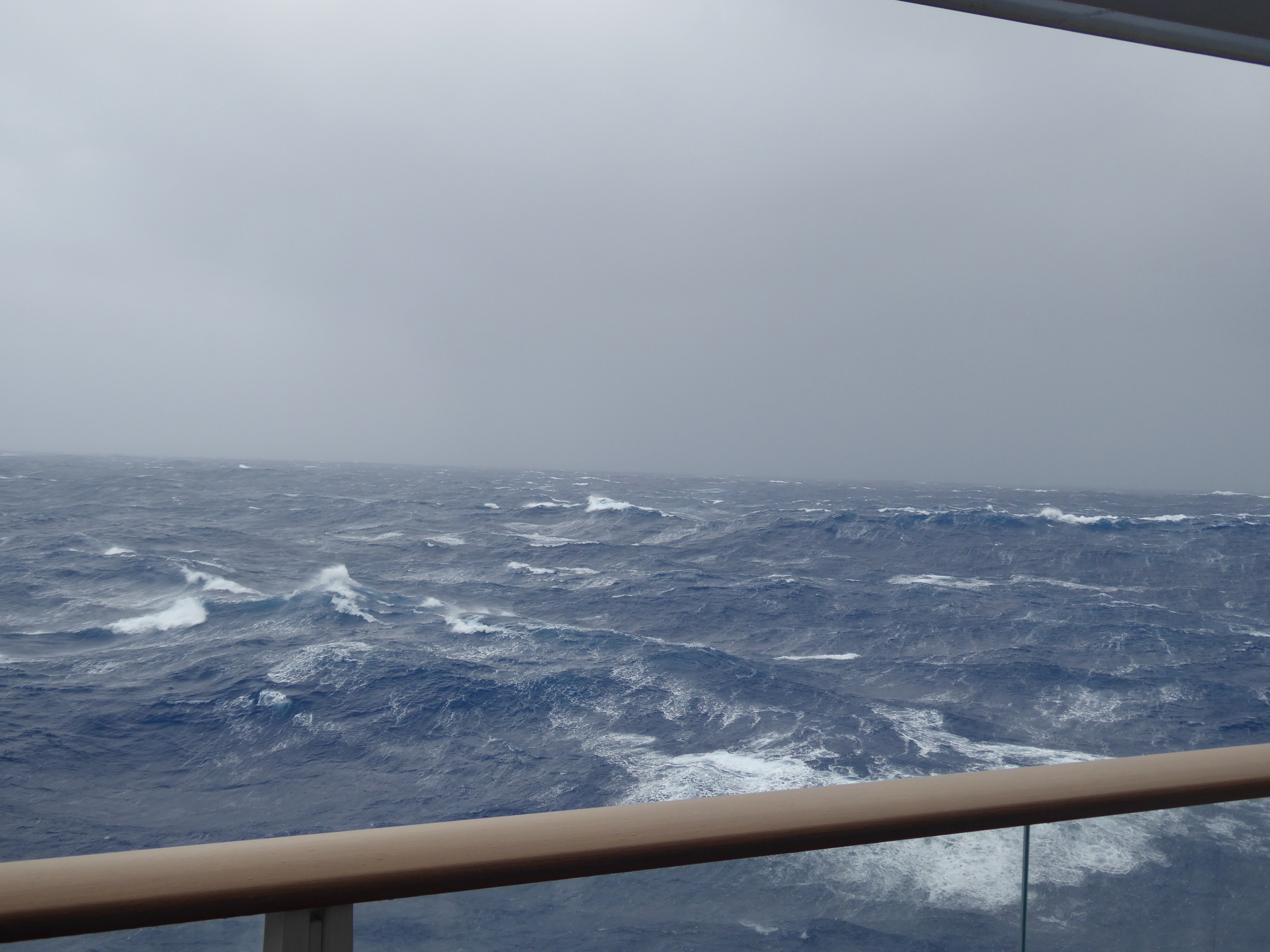 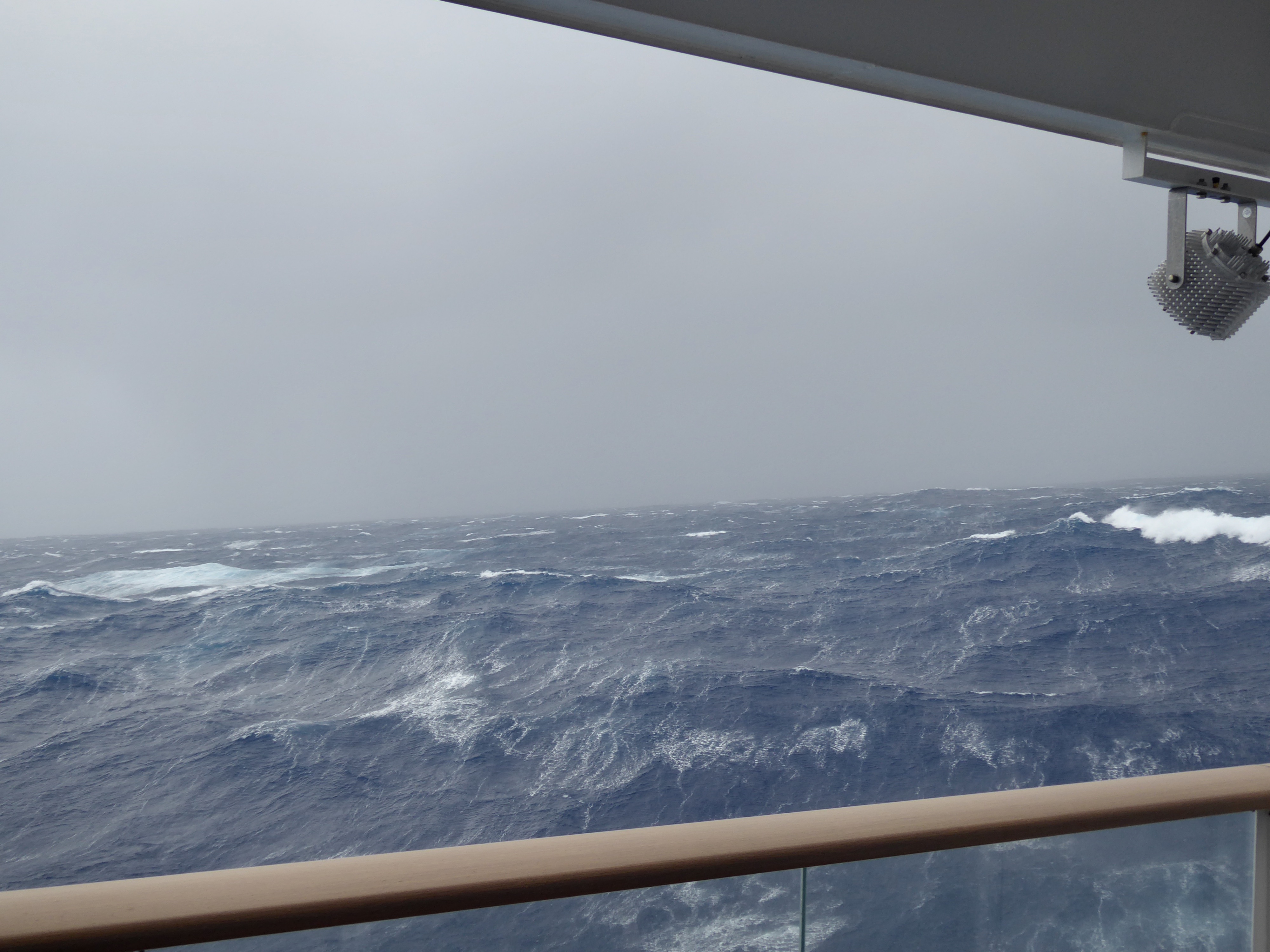 From on deck (later in the day we were forbidden to go on deck lest we get thrown overboard): 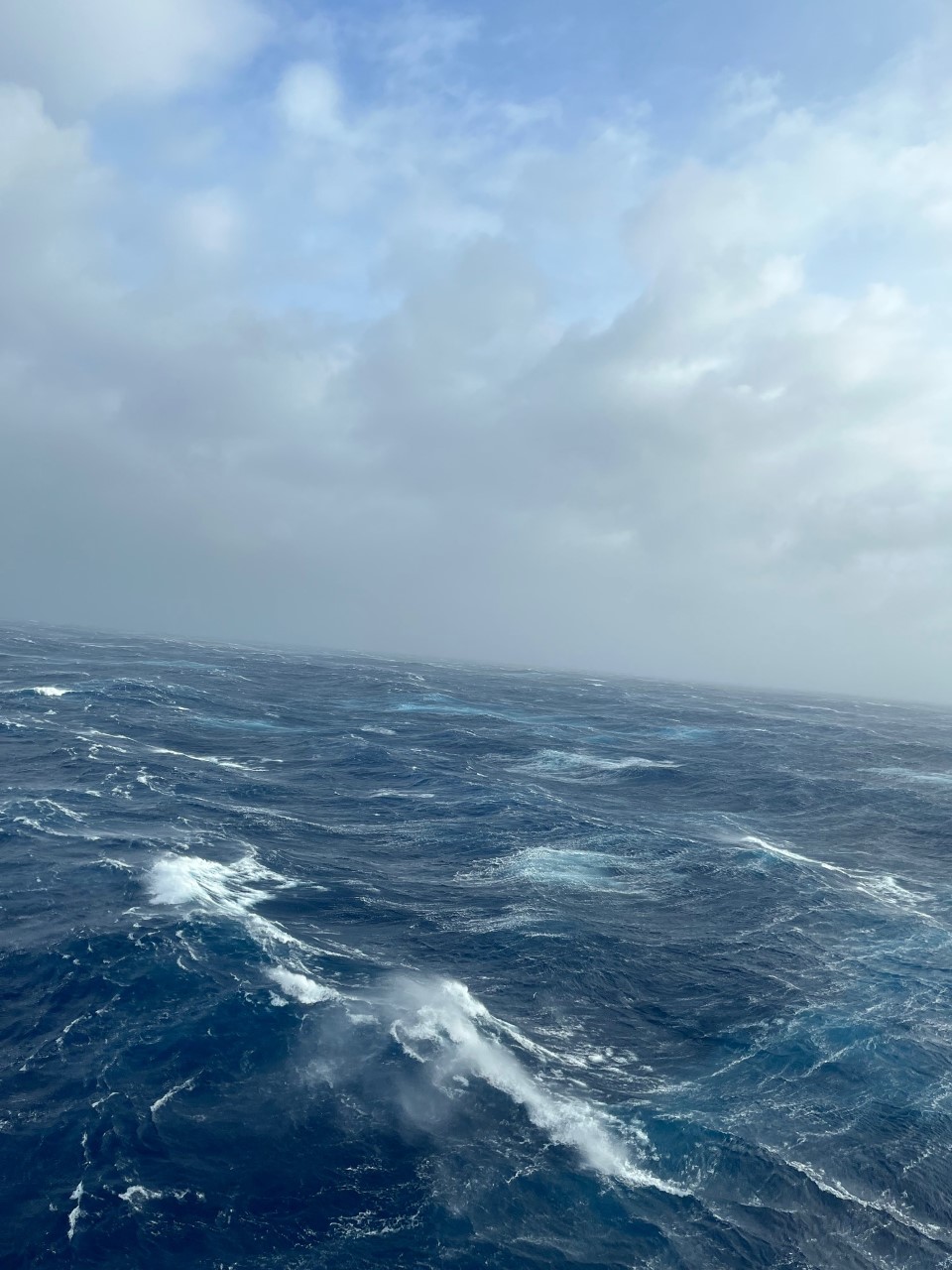 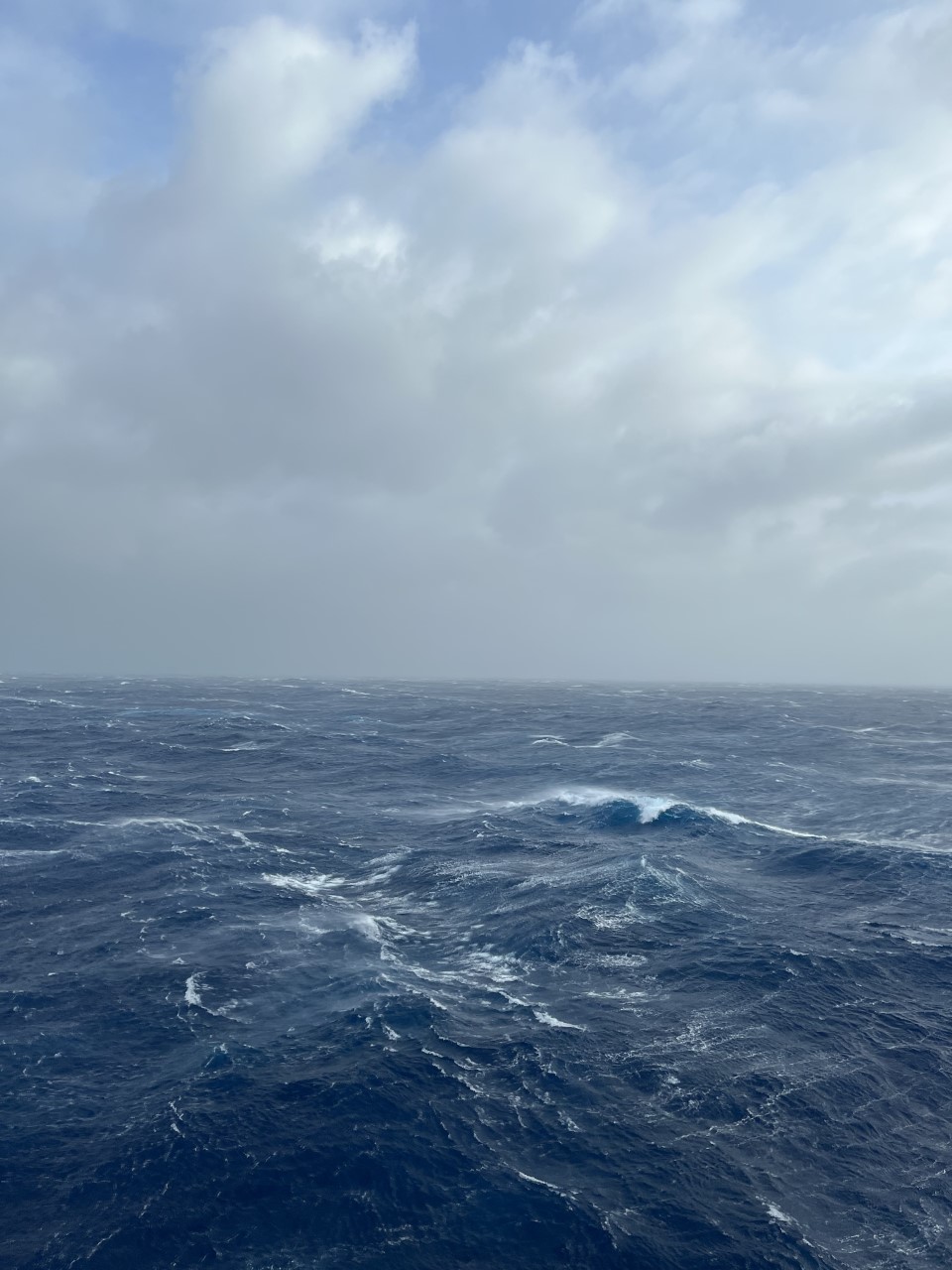 From the Fredheim dining room, where, since I had had a very light breakfast and no lunch (we’ve had no landings to work off calories), I tucked into a juicy steakburger for dinner. 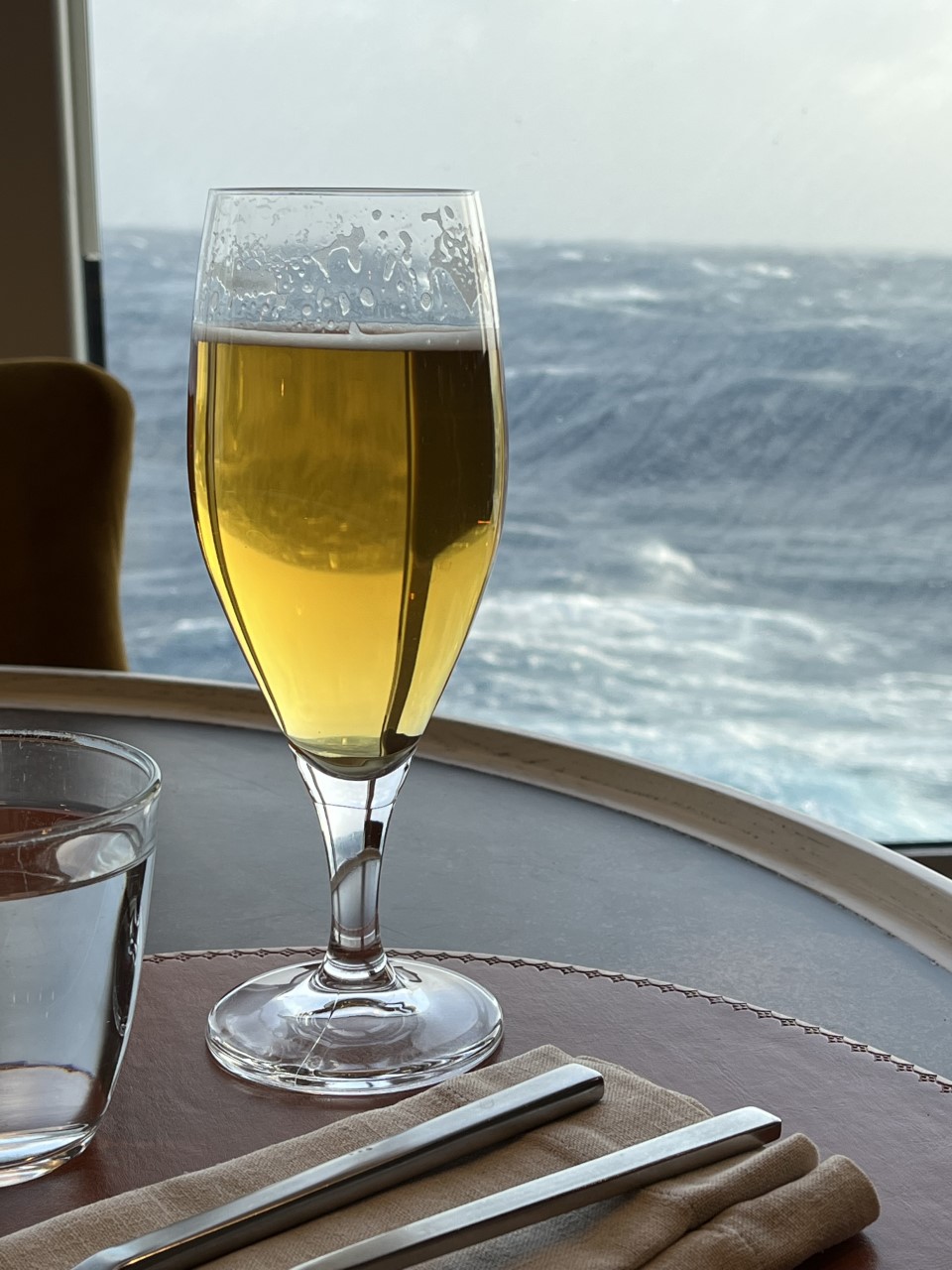 This hit the spot: 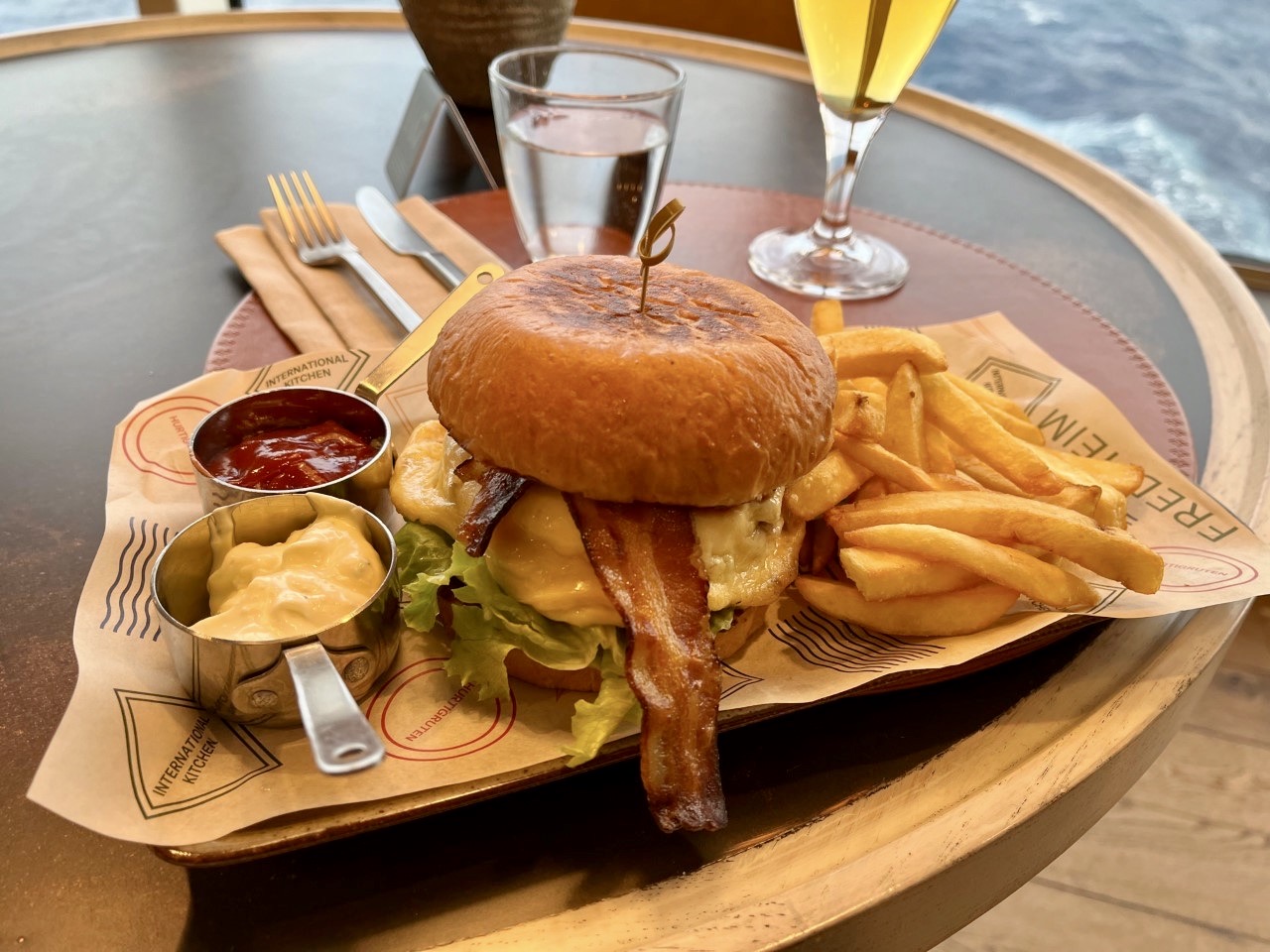 Now you may ask yourself, “What the deuce is buckthorn.?” I hadn’t heard of it either. It turns out that the buckthorns that are edible are the sea buckthorns, deciduous shrubs in the family Elaeagnaceae. The raw berries, below, are very sour and astrigent, but can be made edible. As Wikipedia notes,

Besides juice, sea buckthorn fruit can be used to make pies, jams, lotions, teas, fruit wines, and liquors. The juice or pulp has other potential applications in foods, beverages, or cosmetics products such as shower gel. Fruit drinks were among the earliest sea buckthorn products developed in China. Sea buckthorn-based juice is common in Germany and Scandinavian countries. It provides a beverage rich in vitamin C and carotenoids.] 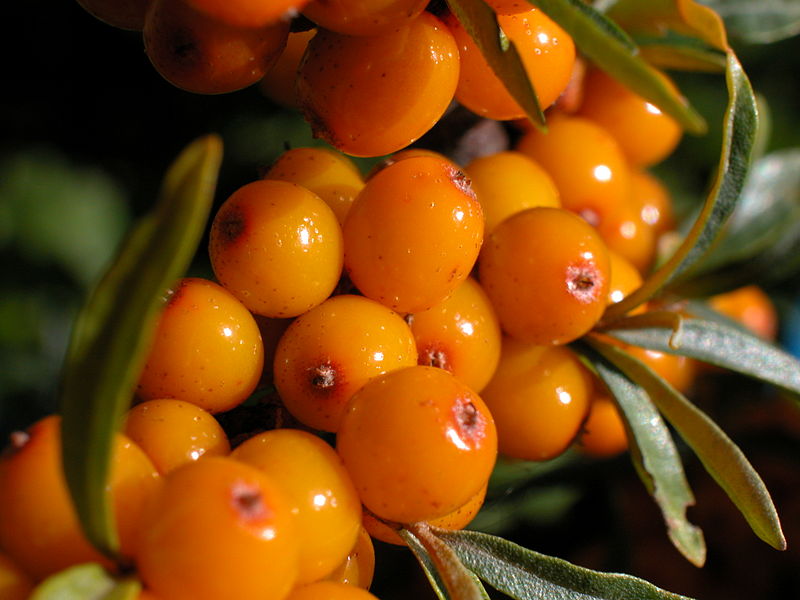 My crepes, which were very good. They aren’t that appealing looking, though: they fall into that class of food which one of my friends would look at and say, “Are you gonna eat that, or did you already eat that?” 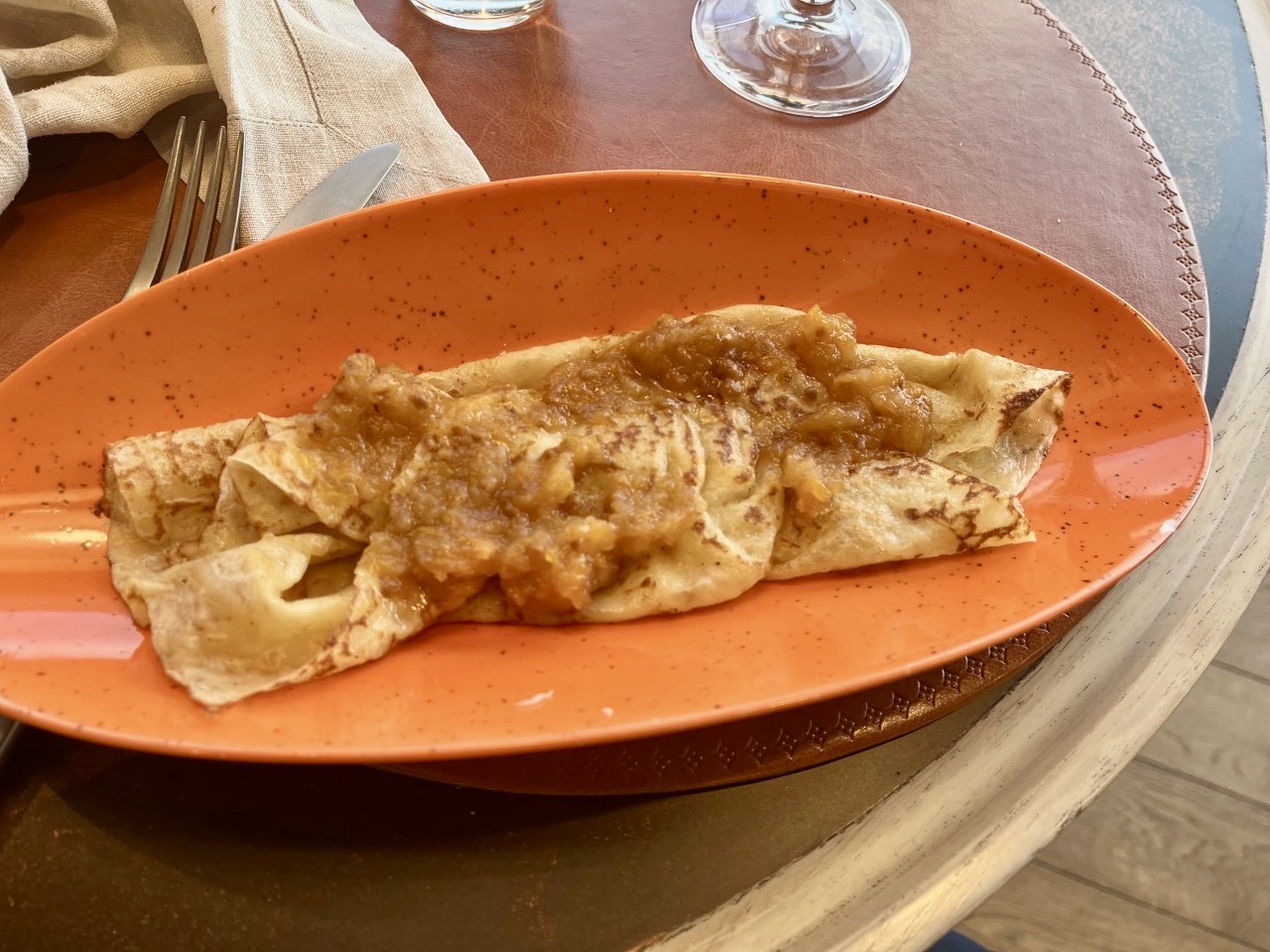 During dinner, during the swells, my chair would slide away from the table because of the rough seas, so I solved that by wrapping my legs around the table post. And right as I finished my dinner, the Big One hit, throwing my chair completely across the narrow dining room and dumping me on the floor. My emptied plates and glasses fell to the floor and shattered. The overturned chair in the foreground is mine. I thought it was funny, but of course the staff was concerned that I’d been hurt. It was nice of them, but although I’m old, I’m not feeble!

All the chairs out of place had slid across the room during a big wave. 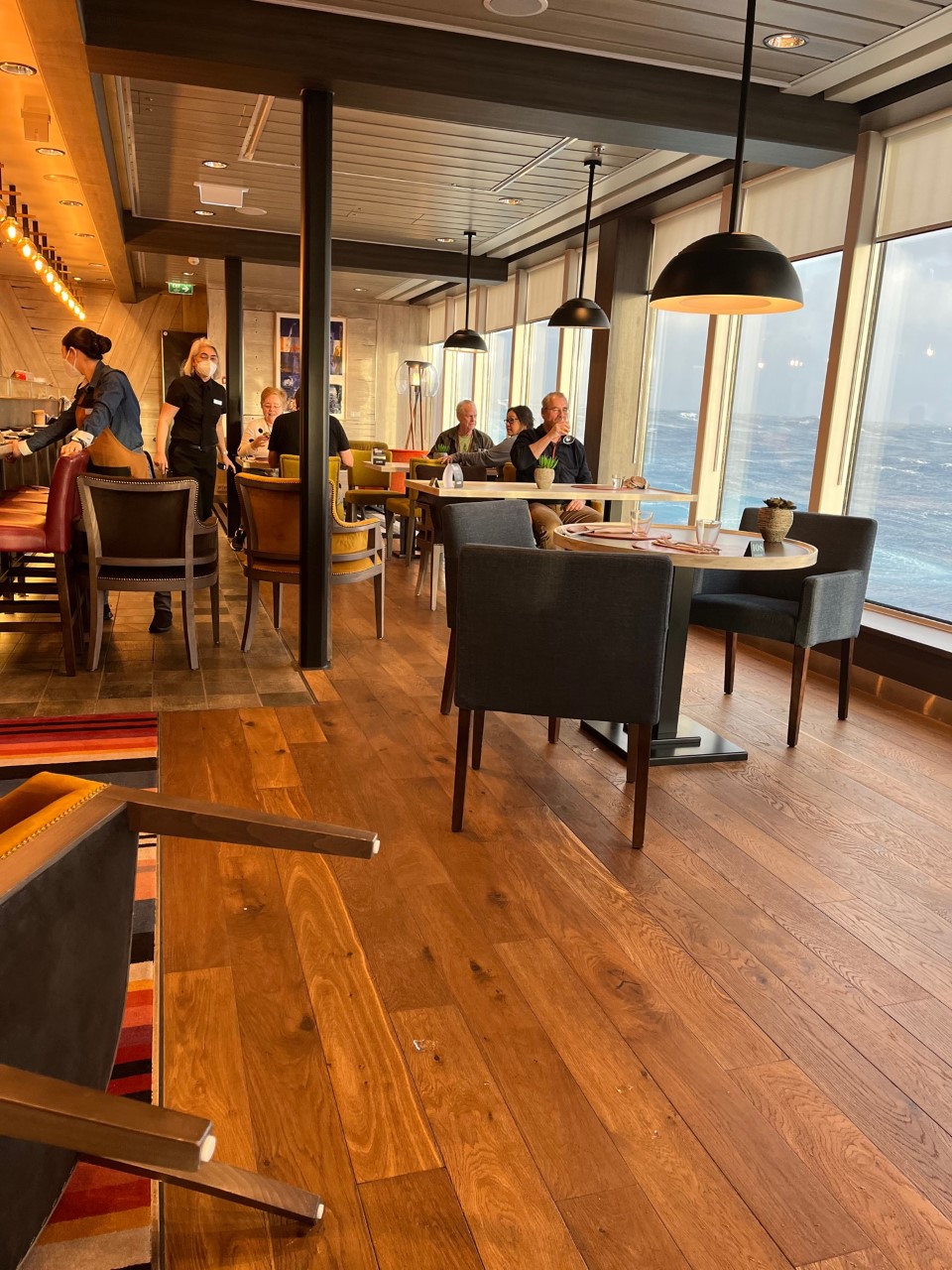 Last night I’d awaken periodically as things like toothpaste fell to the floor of my room and the closet doors, securely magnetized shut, would swing open. But I do find the rocking of the ship peaceful, as if I were a baby again.

42 thoughts on “Antarctica, Day 12: A rough journey through the Drake Passage”