Like every other evolution, behavior, and ecology society, the American Society of Naturalists (ASN) is going woke—engaging in performative acts that do nothing to deal with inequality but sure do a lot to flaunt virtue.  This time, however, they’re getting ahead of the curve, for they’ve decided that all their annual awards—and there are six of them—will be given different names no longer connected to well known scientists. I suppose that’s because one of those awards is the “E. O. Wilson Naturalist Award,” and, as you may know, Wilson has been accused of racism.

The rationale sounds bizarre: take the names off awards because it’s the recipient who should be honored, not the person after whom the award is named. But that’s unconvincing: everyone covets an award named after a famous person in the field. I remember when the Society for the Study of Evolution (SSE) started the Dobzhansky Prize, named after my academic grandfather Theodosius Dobzhansky. Designed to honor a young evolutionary biologist of outstanding accomplishment, I coveted getting it, but alas, I did not (however, two of my students and one of my grandstudents got it). At least to me, receiving a Dobzhansky Prize would have been much more satisfying than getting an “Outstanding Young Researcher” award. Why? I suppose it’s because some of the cachet of the name adheres to you too: I would have liked to have seen myself as an academic descendant of Dobzhansky (which in fact I really was). That’s why I’m proud of having gotten the Richard Dawkins Award. Though I can’t come close to his cachet, it’s an award for science, reason, and humanism, and if it were called “The Science, Reason, and Humanism Award” it wouldn’t have the same luster.

I see, by the way, that the SSE still has a few named awards, like the Stephen Jay Gould Prize, last given in 2019 to my ex-student Mohamed Noor, the W. D. Hamilton Award, last given in 2019 as well, and the Thomas Henry Huxley Award. Knowing that Huxley has already been canceled in some places for insubstantial accusations of racism, and knowing a little about Hamilton’s background, I suspect that those two prizes will be de-named, leaving only the Stephen Jay Gould Prize. And if there’s only one, better re-name that one, too.

I suspect that the real reason that the six ASN awards are being renamed (or rather, de-named) is because of fear that names might be “canceled” in the future on the grounds of racism. Why else would they say this:

Some awards will continue to commemorate individuals in their descriptions, as the ASN remembers the Society’s past while also working for a more inclusive and equitable future. The Council recognizes that removing names from awards is only a minor step towards dealing with the systemic problems in our fields. We are currently evaluating how to best use society funds to support more substantive initiatives to foster diversity, equity, and inclusion, and will announce first steps at the annual meeting in June 2022. New names for Society awards will be unveiled in the coming weeks.

In other words, taking the names off the awards will somehow make society more inclusive and equitable. This is the height of performative Wokeism, because it accomplishes exactly nothing. In fact, it erases some admirable histories that should be better known. Let’s take a look at the list of ASN awards whose formal names will be changed. Below I’ve left the links up to the six awards named after people—awards that will soon be given some boring names.

The American Society of Naturalists confers several awards each year to honor scientists of great distinction. The membership of the awards committees can be found here.

Sewall Wright was a famous theoretical population geneticist who, to my knowledge, hasn’t yet fallen victim to the mob, although his name is going off the prize, too. We already know about E. O. Wilson, damned, with meager evidence, as a racist. Jasper Loftus-Hills is a sad story: the ASN notes,

The American Society of Naturalist’s Young Investigator Award is in honor of Jasper Loftus-Hills, a young scientist who died tragically 3 years after receiving his PhD. This award goes to applicants who completed their PhD three years preceding the application deadline or are in their last year of a PhD program.

Lofus-Hills died in a car accident, and it’s my understanding that his family helped endow that award. Imagine how they’ll feel when his name is removed!

Ruth Patrick was a pioneer in limnology and botany, one of the earliest outstanding women ecologists. She won a slew of awards in her own right and did pathbreaking work in assessing environmental health using indicator species. She was given the National Medal of Science in 1996, and it baffles me why she wasn’t elected to the National Academy of Sciences. Further was the only one of 58 founders of SSE who was a woman.

Julia Platt was another women who achieved at a time when women were very scarce in science. As the ASN itself notes:

Julia B. Platt (1857–1935) had credentials to impress. She studied embryology at Harvard in 1887 and then conducted research at Woods Hole, Bryn Mawr, the University of Chicago, Radcliffe, Hopkins Marine Laboratory, and at several German universities. She received her PhD in developmental biology in 1898 and then published 12 articles in just 10 years, including one in The American Naturalist in 1899. Most notably, she showed that neural crest cells formed the jaw cartilage and tooth dentine in salamanders. This conclusion was rejected by her contemporaries, who believed that only mesoderm formed bones and cartilage. It took 50 years for her hypothesis to be confirmed. Despite her depth of training and her productivity, she landed none of the academic positions for which she applied. Platt then wrote, “Without work, life is not worth living. If I cannot obtain the work I wish, then I must take up the next best” (quoted in Zottoli and Seyfarth 1994). She moved to Pacific Grove, California (where the American Society of Naturalists has recently held its stand-alone conferences), and became its first female mayor. She is noted for initiating marine protected reserves that were crucial for the survival of the California sea otter (Palumbi and Sotka 2012).

Here’s a smart and accomplished woman who had trouble getting her work accepted, most likely because of her sex. Her name deserves to stand—both for her achievements and to hearken back to the time when a woman with academic aspirations had a hard time making a go of it. So two women who deserve to be known will, in effect, be “erased”. Nobody’s going to bother to look them up if their names aren’t on the award, even if they’re given a footnote on the website. Must we revise history so we can forget how women were discriminated against in science? When half the awards are named after women—as they would have eventually had been if these societies weren’t de-naming everything—you’d forget there was a time when a good woman scientist couldn’t even get a job.

Finally, there’s the Ed Ricketts Award.  If you know Steinbeck, you know the ecologist and marine biologist Ricketts, who collaborated with Steinbeck on the famous book The Log from the Sea of Cortez, a book I devoured when young (Ricketts’ name isn’t on it). Ricketts also was a good writer in his own right, producing the famous popular book Between Pacific Tides about intertidal ecology.  His lab, which I think now serves as a gathering place for biologists, still stands in Monterey near the Aquarium, at 800 Cannery Row (Steinbeck, of course, also wrote Cannery Row, whose hero “Doc” was modeled on Ricketts). 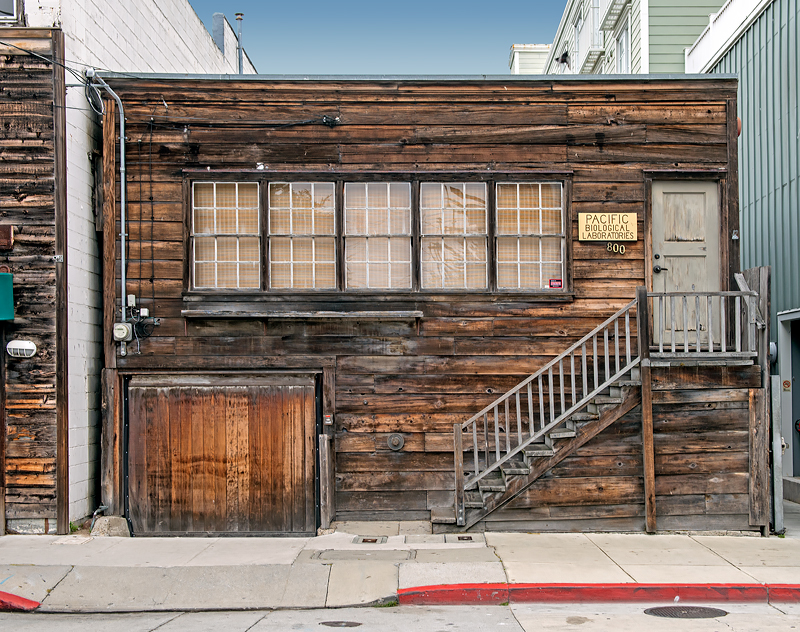 If you were a young biologist, wouldn’t you like to put the words, “Recipient, Ed Ricketts Award, American Society of Naturalists” on your c.v.”? Yes, Ricketts liked his drinking and carousing, but that’s not a banning offense.

So, we have a mass erasure here, and for no good reason. The explanation—that it furthers diversity, inclusiveness, and equity—doesn’t make a lot of sense. Not only will the erasure not do that, but they are erasing two women, one of whom was ostracized in science, as well as a young scientist cut off in his prime.

I am not convinced that having named awards discourages minorities from becoming scientists, an argument I sometimes hear. After all, you don’t become a scientist because you hope to win an award. And by the time you do, it’s too late: you’ve accomplished something! Further, two of the six awards are named after women who were minorities in their own time. If they want to make the awards more inclusive, why not name an award or two after an accomplished member of a minority group? As time goes on, the list of names suitable for such awards will grow.

Neither am I convinced that they’re taking the names off awards because that detracts from the honor of the awardee. The most likely explanation, which pains me if true, is that they don’t want social media mobs to find out that some of the awards are named after people who, by modern moral lights, didn’t pass muster (E. O. Wilson has been one of these, though I can’t cast him out of the pantheon). It’s ineffably stupid to rewrite history by putting into footnotes those accomplished scientists whose every word didn’t comport with the ideology of AOC.