I’ll be leaving in less than two weeks, so either get photos to me now, or hold onto them until I return at the beginning of April.

Today’s photos come from regular contributor Tony Eales from Queensland.  Tony’s celebrating today with his favorite spiders, and they are beauts. Tony’s captions and IDs are indented, and you can enlarge the photos by clicking on them.

Red letter day for me today. My favourite genus of spiders is the Australasian genus Arkys, and today I found five species in one day, including a new one for my life list that I’ve been searching for for years.

Arkys alatus, also known as the winged arkys. It was a big specimen, around 8mm long. 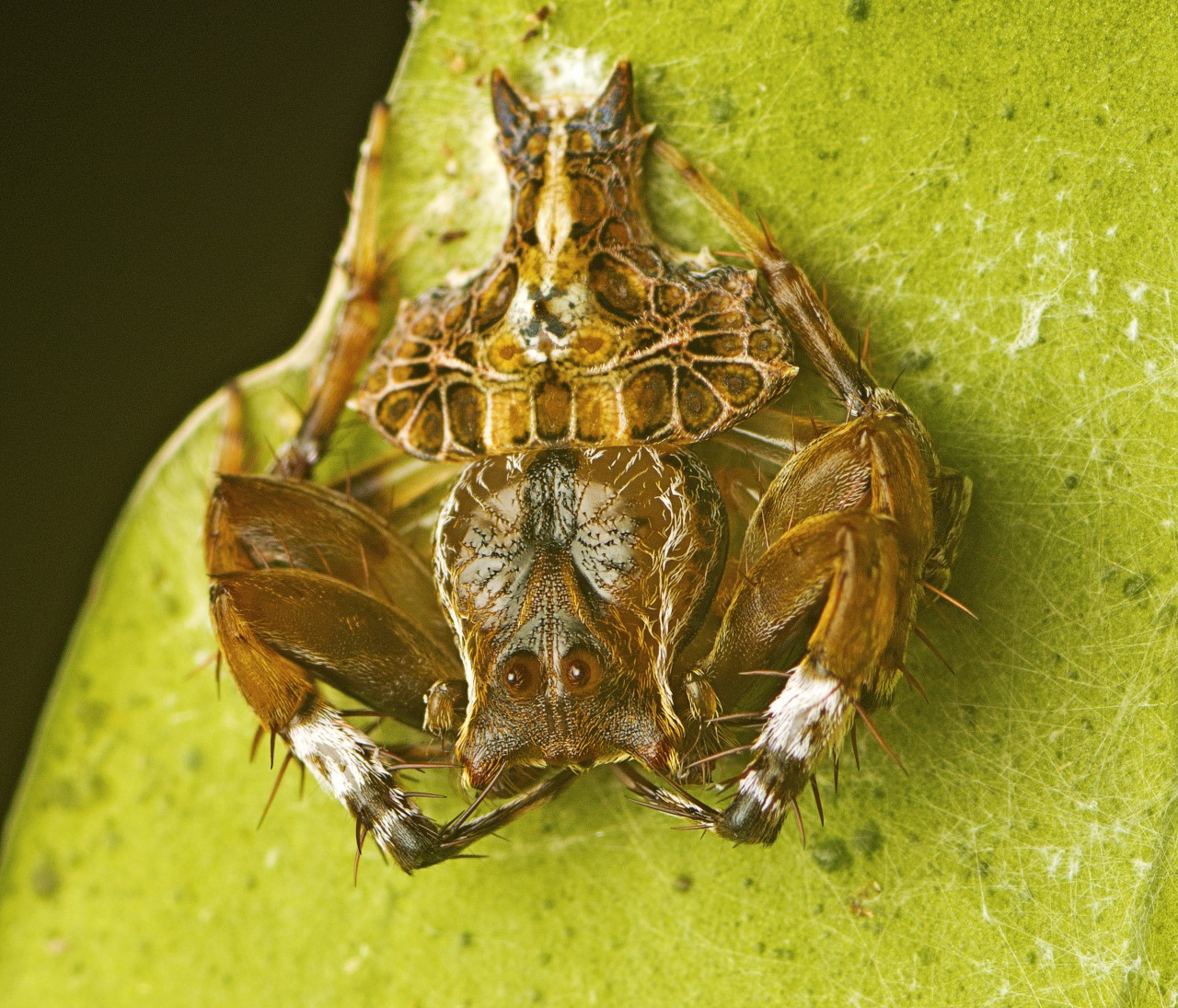 As it is starting to get late in the summer, the arkys are all fully grown and many are gravid with eggs. Like this Arkys lancearius, or common triangular spider. 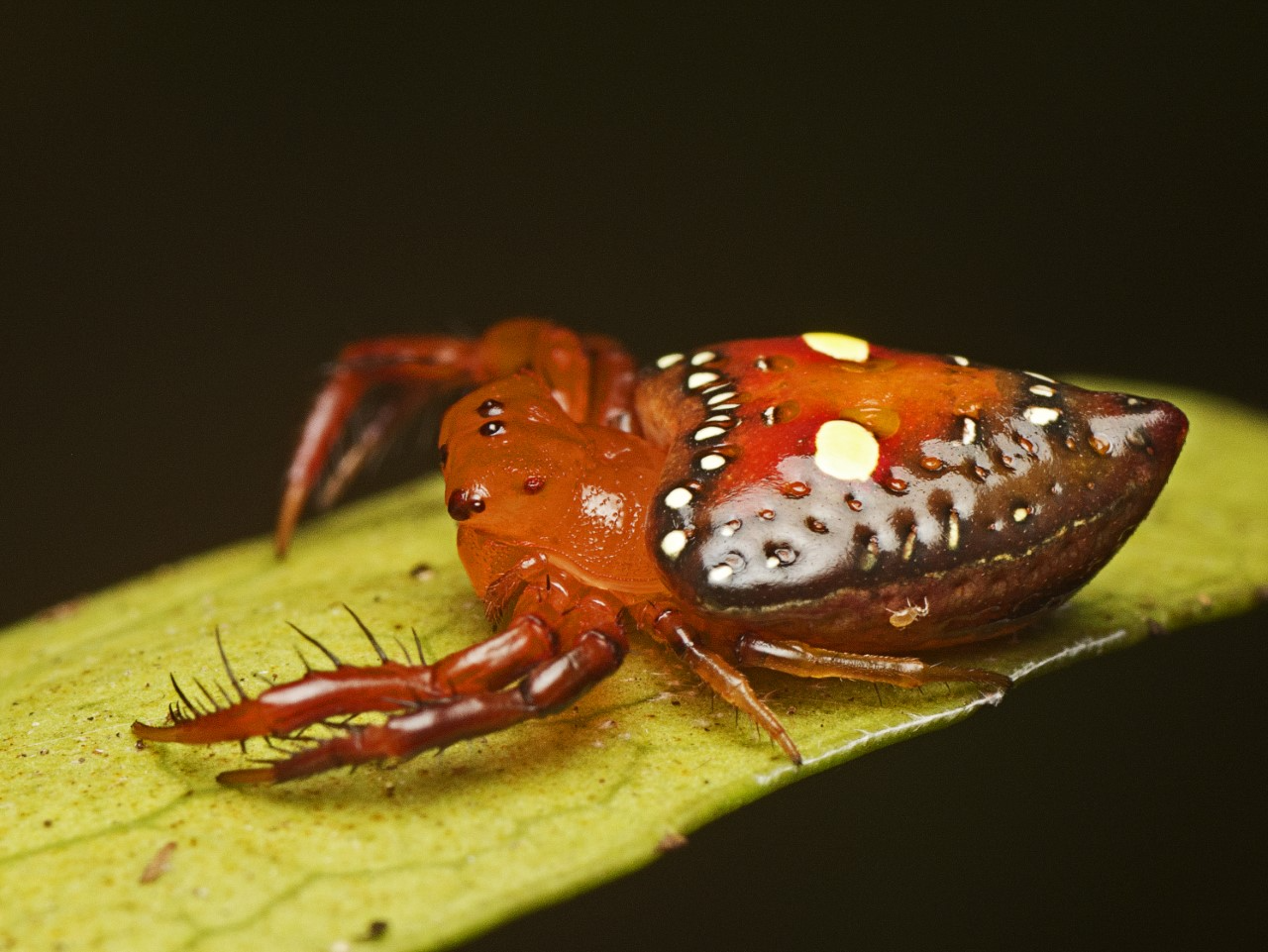 I also managed to find a fairly young Arkys furcatus. As they age they get red and gold colouring but juveniles are more white. 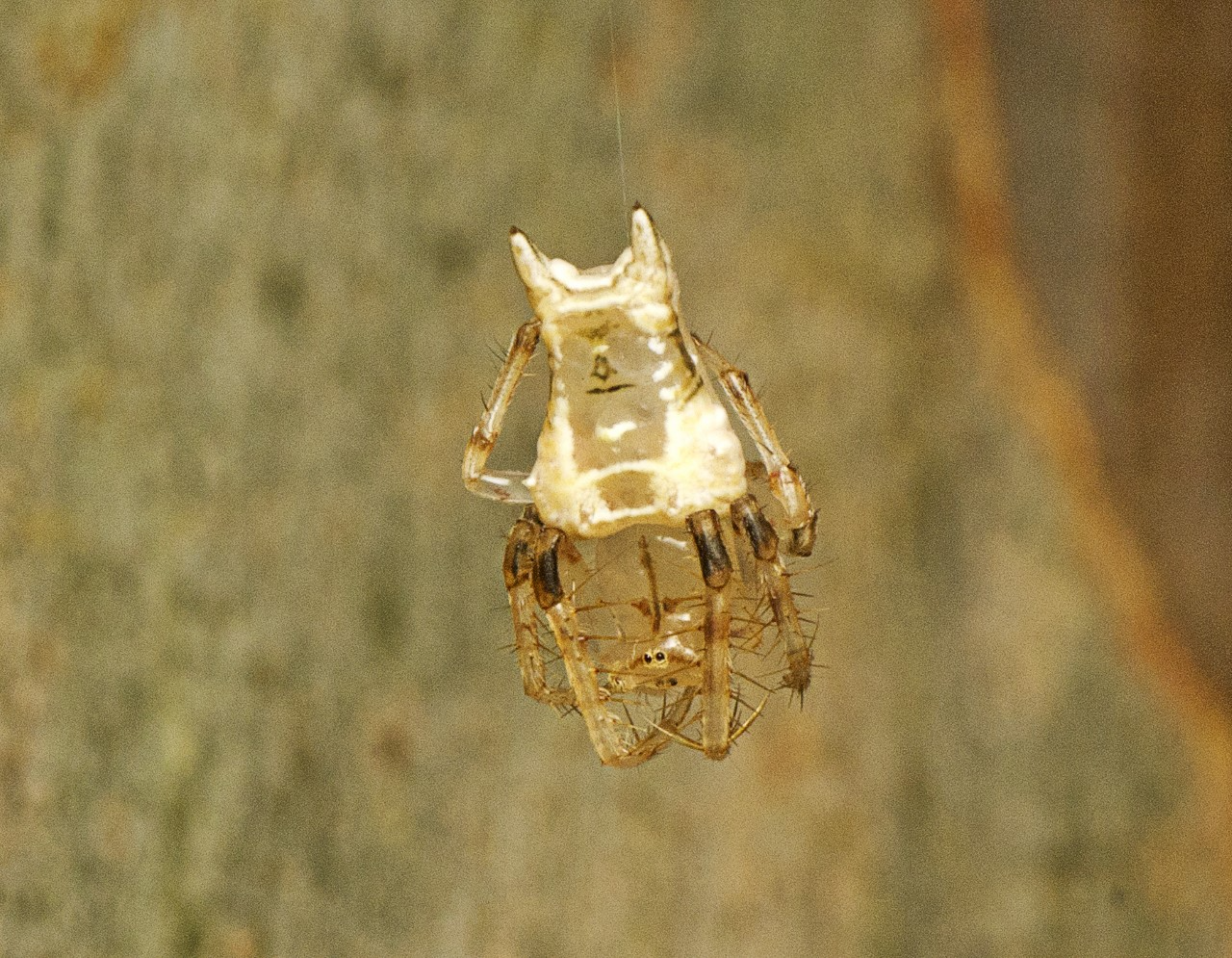 I started the morning in closed canopy subtropical rainforest. There were many Arkys speechleyi sitting on the surface of leaves of low shrubs in the understory, including this large gravid one. 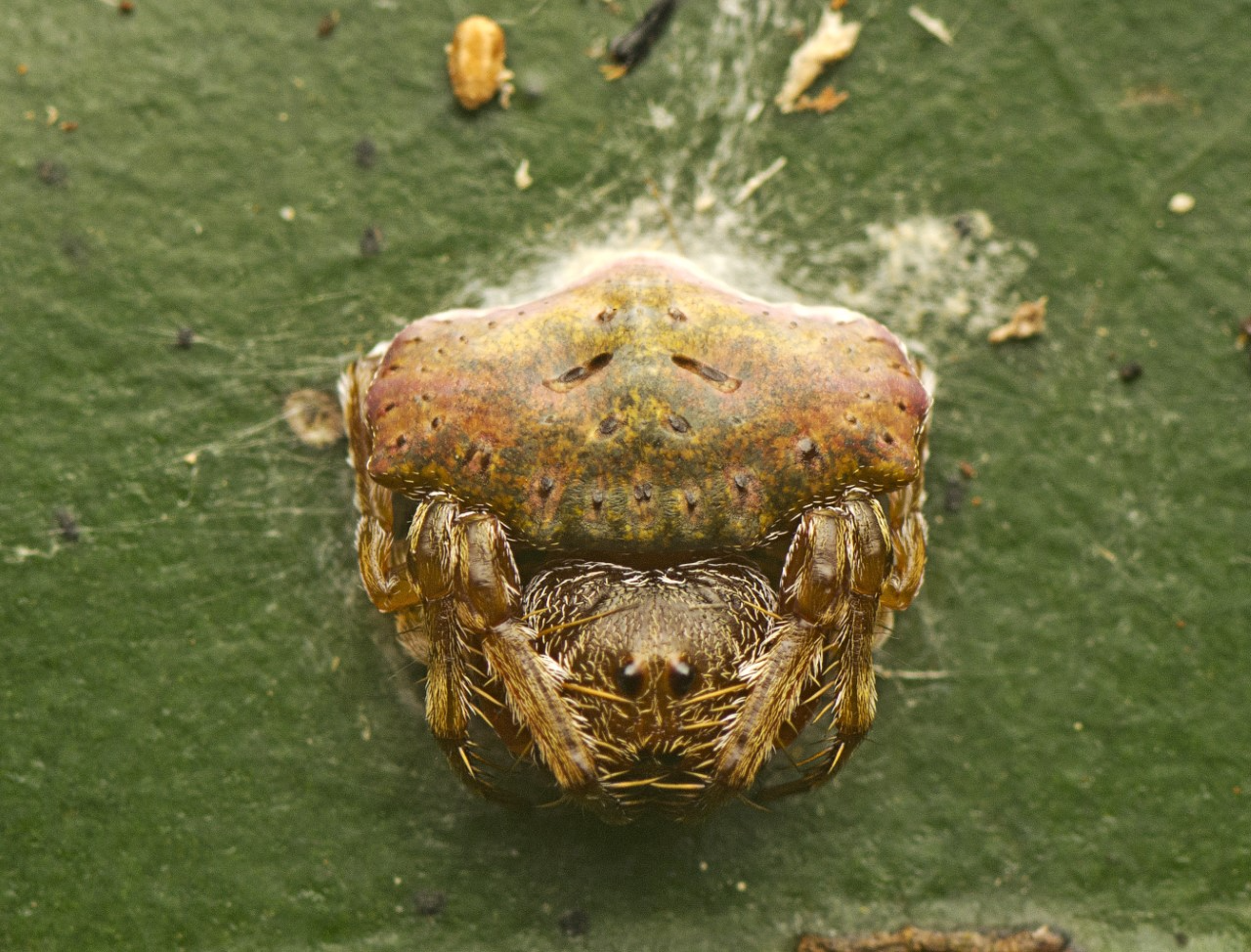 Arkys speechleyi are a variable species and several of them had dark cephalothorax with white abdomens. 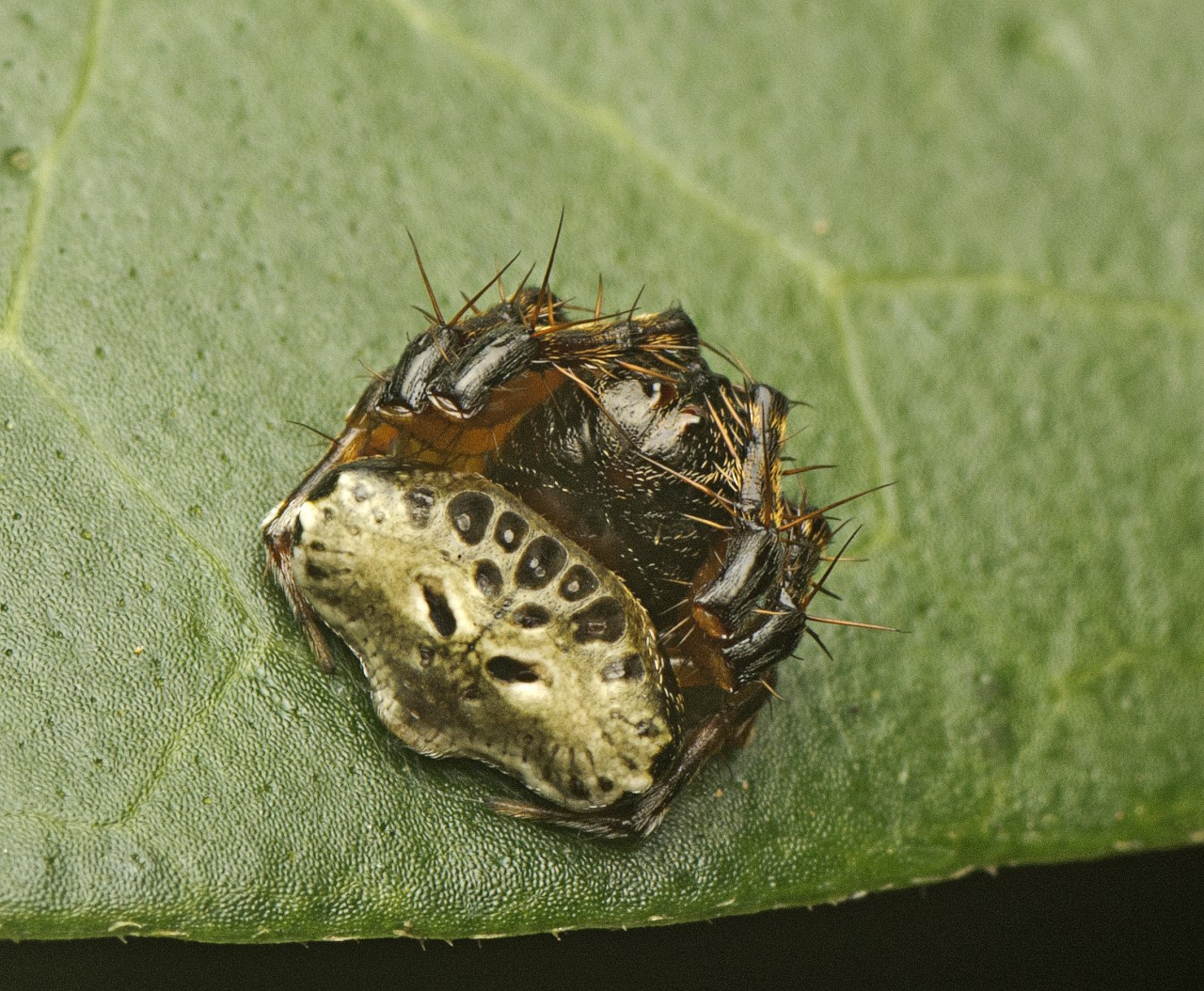 And on the forest edge I found a tiny Arkys curtulus or bird-dropping arkys. [JAC: doesn’t this look like a cat face?] 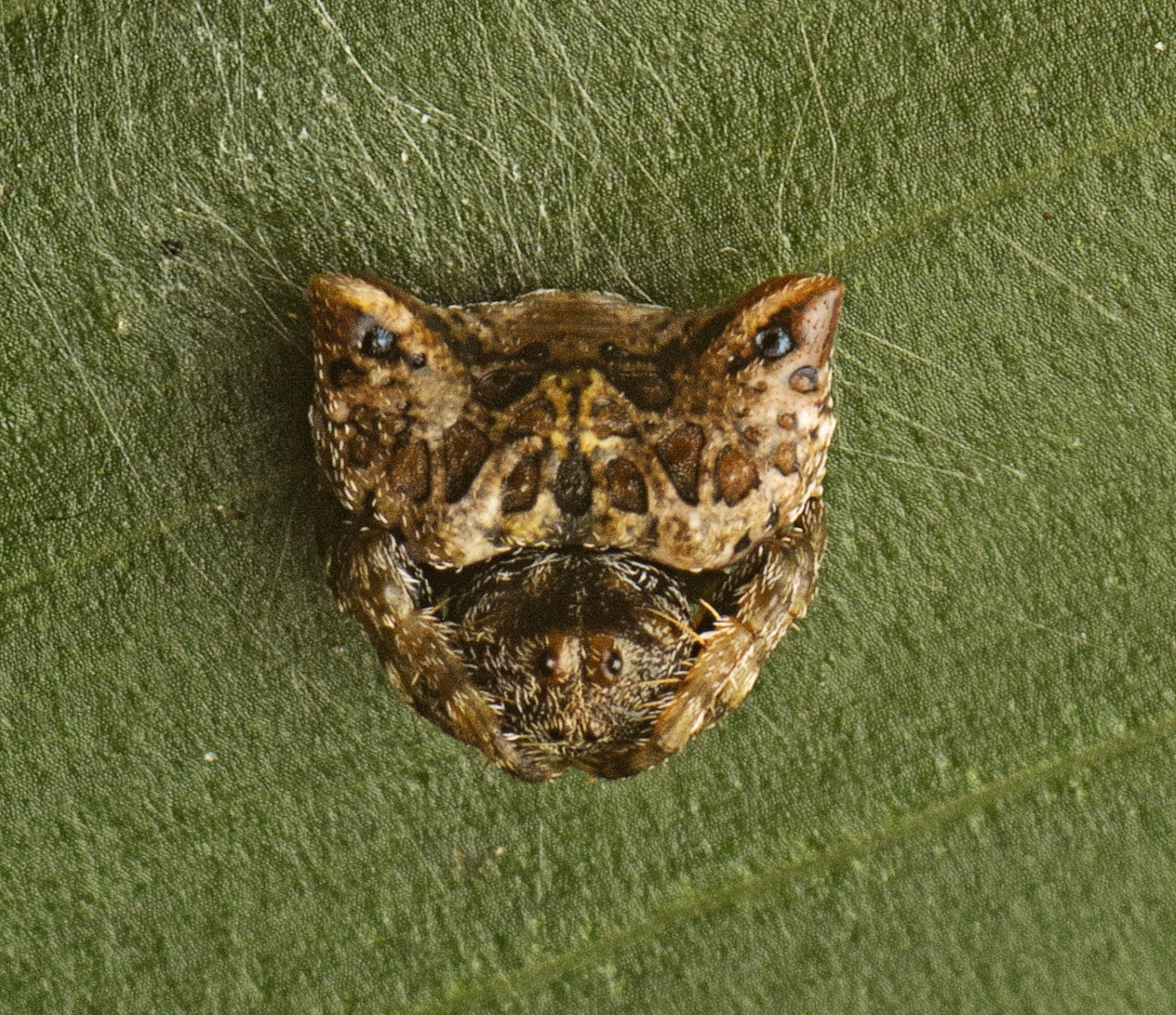