Today’s photos come from ecologist Susan Harrison at UC Davis.  Her captions and narrative are indented, and you can enlarge the photos by clicking on them.

Feasting at the Fish Farm

Nimbus Fish Hatchery in Sacramento isn’t really a “farm”; pardon the alliteration.  Spawning salmon and steelhead swim through the San Francisco Bay Delta and up the American River until, diverted by a weir below the Nimbus Dam, they climb a fish ladder into the hatchery. There they are “stripped” of eggs and milt, and their fry are raised in covered ponds until large enough to be returned to the river.

Common Mergansers (Mergus merganser), the largest inland duck in North America, congregated at the base of the fish ladder.  There’s one drake in this group. 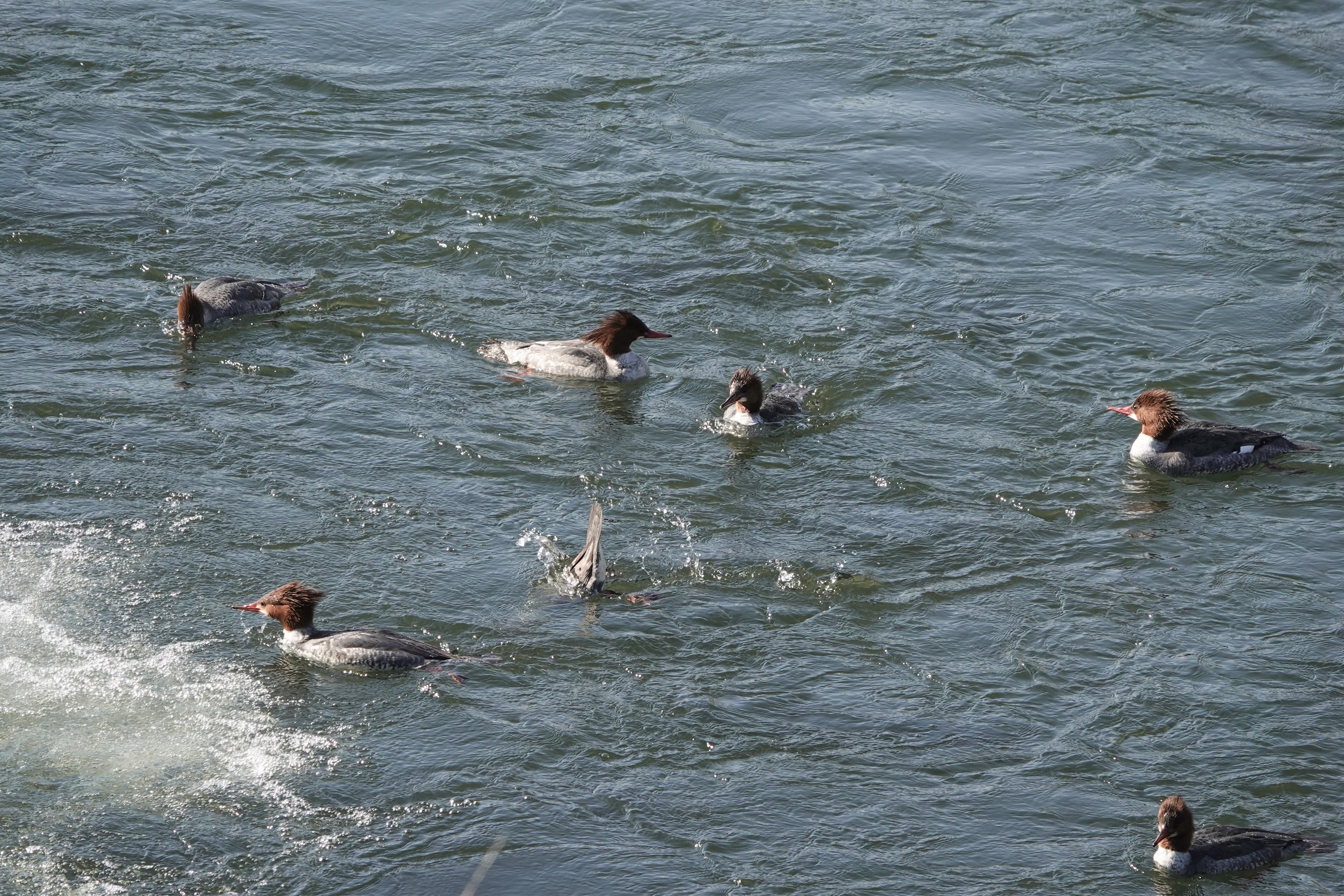 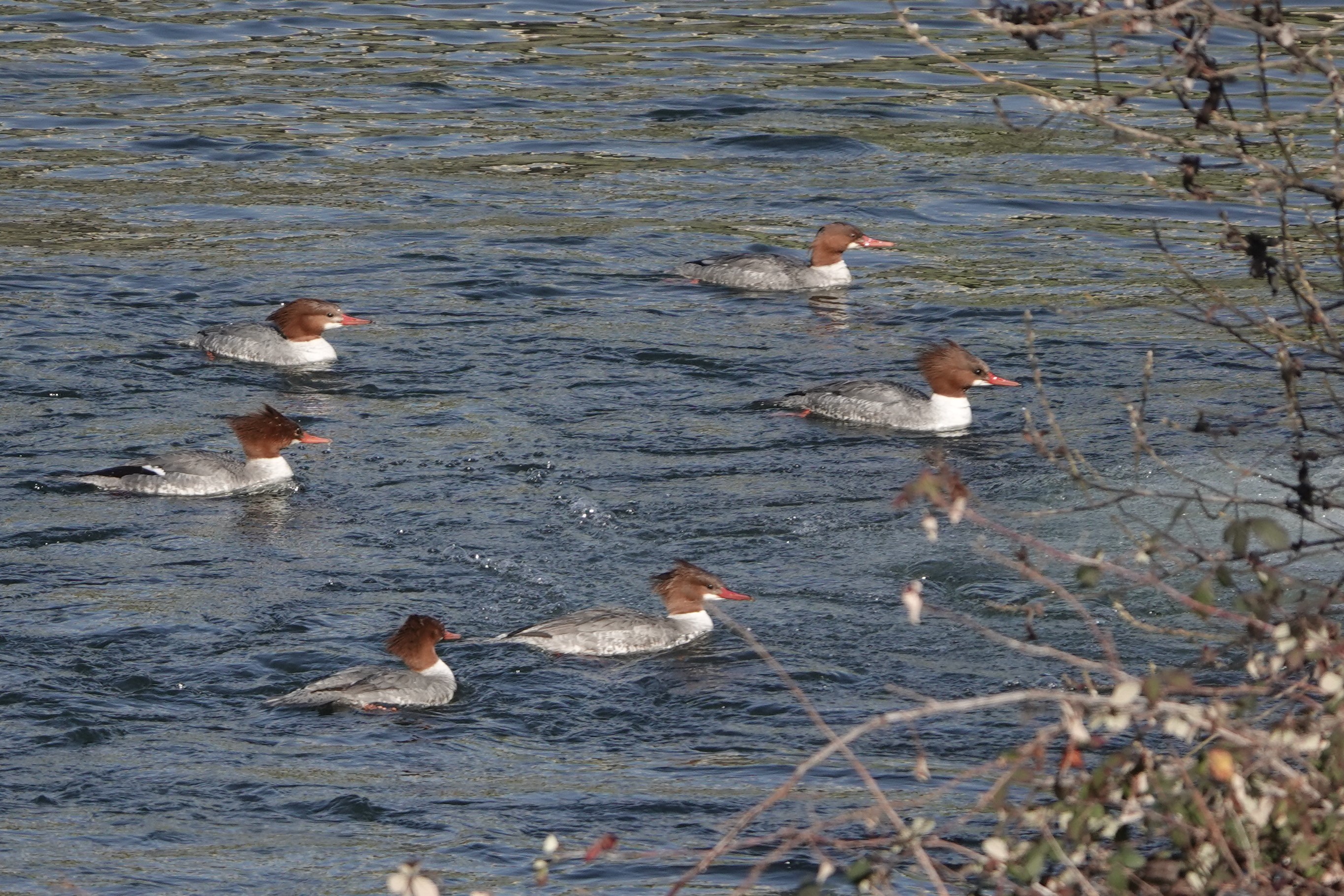 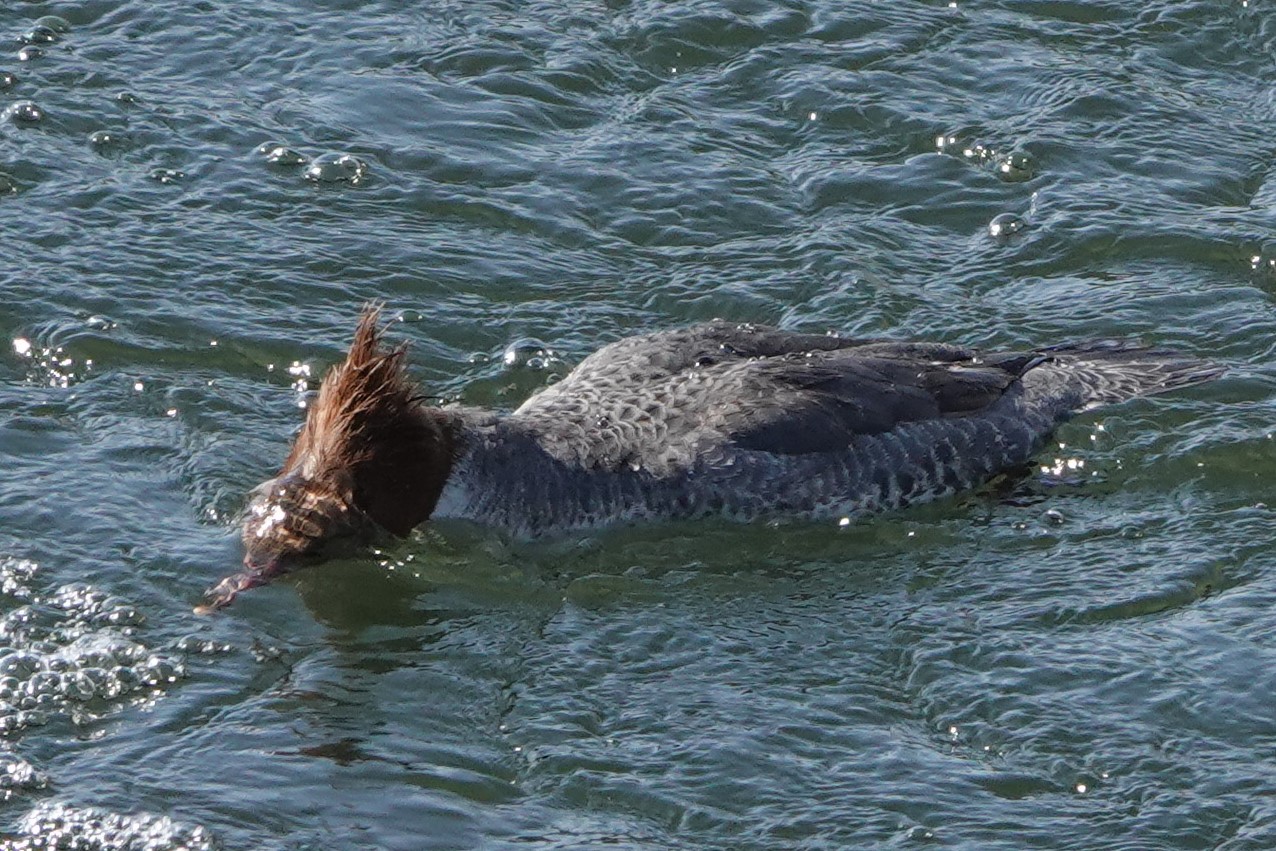 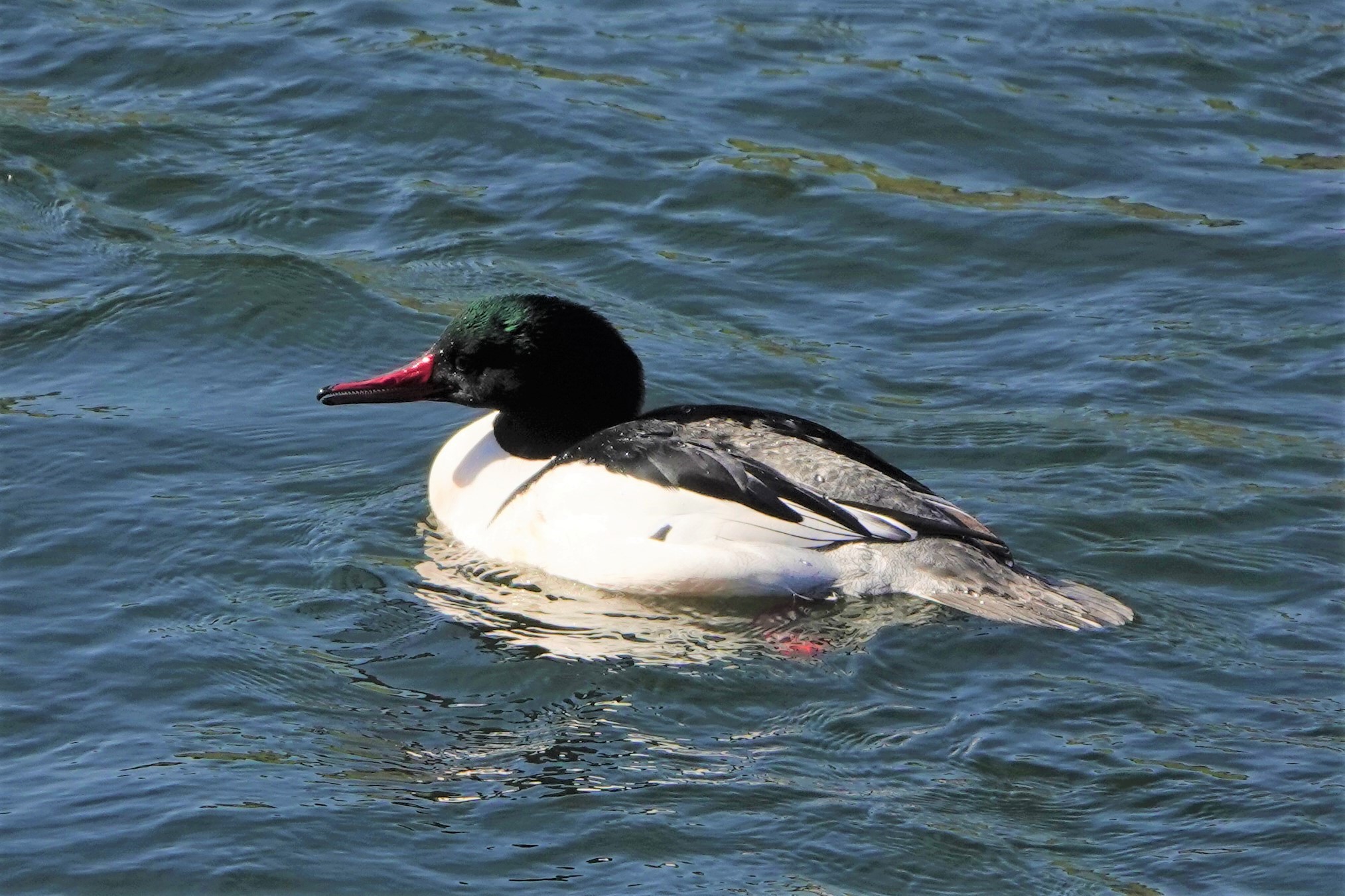 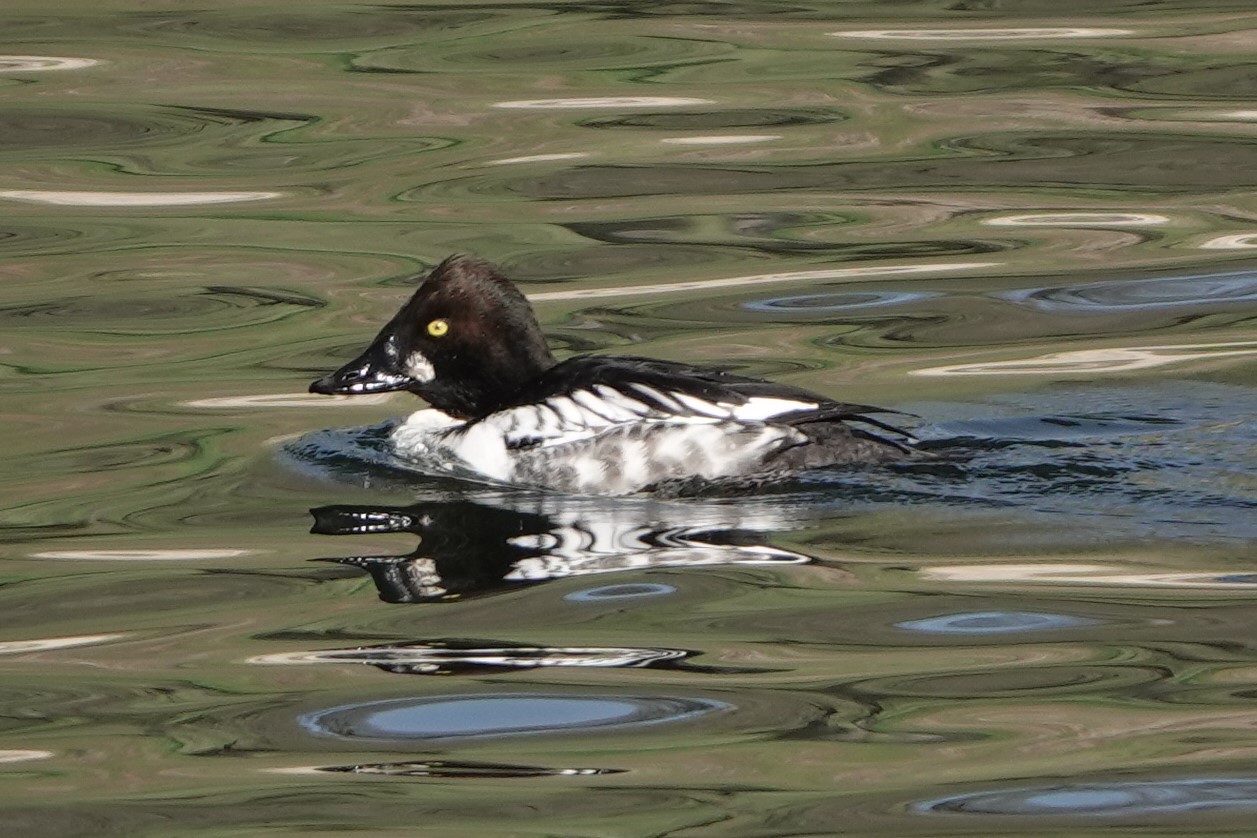 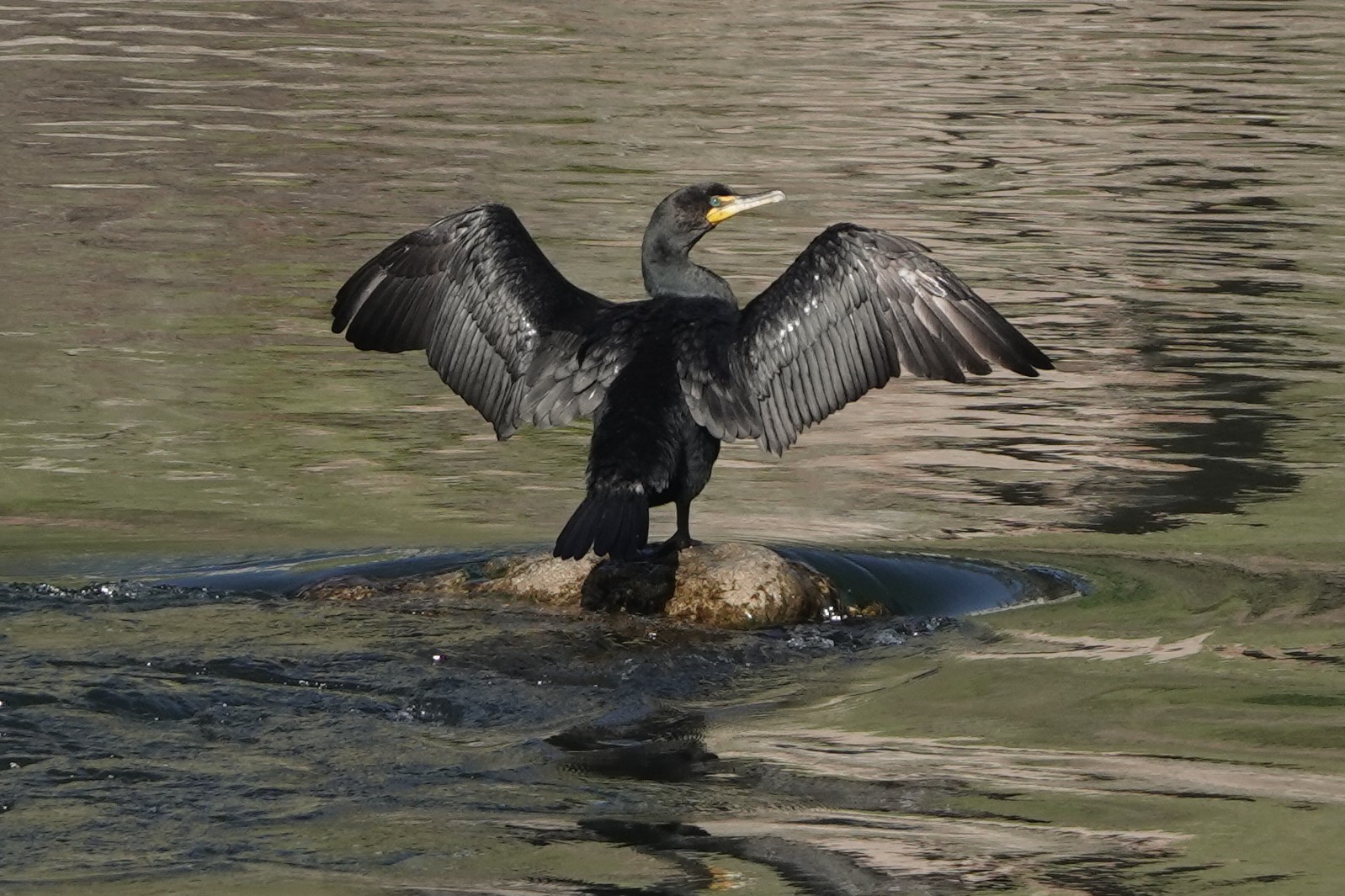 A Long-Tailed Duck (Clangula hyemalis), an Arctic-breeding sea duck rare for this region, drew a lot of birdwatchers to the hatchery. 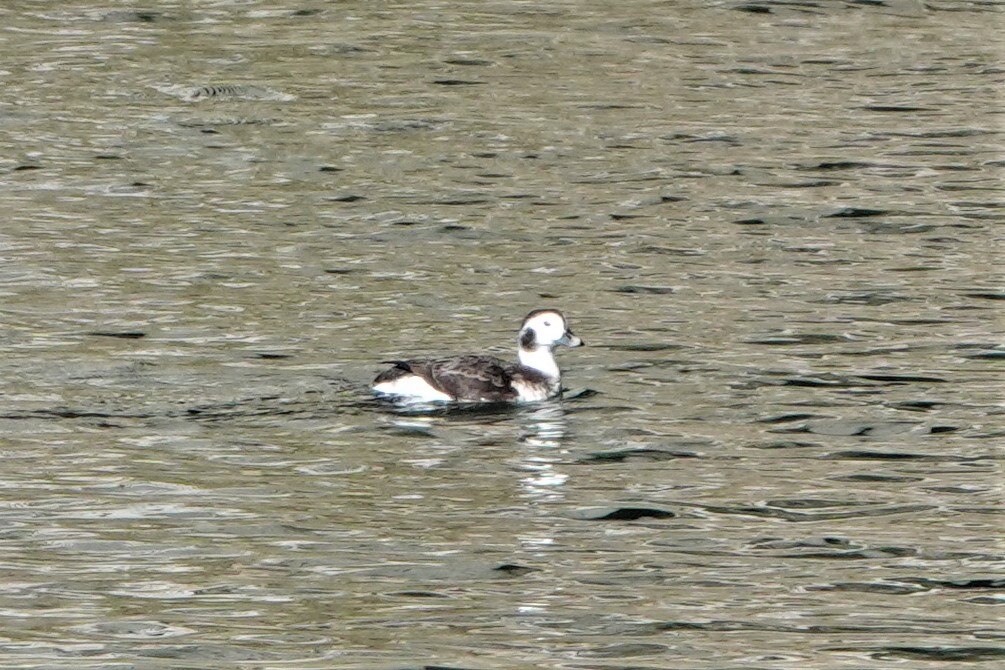 Not to be outdone by the beautiful diving ducks, a Mallard [Anas platyrhynchos] glinted purple in the setting sun. 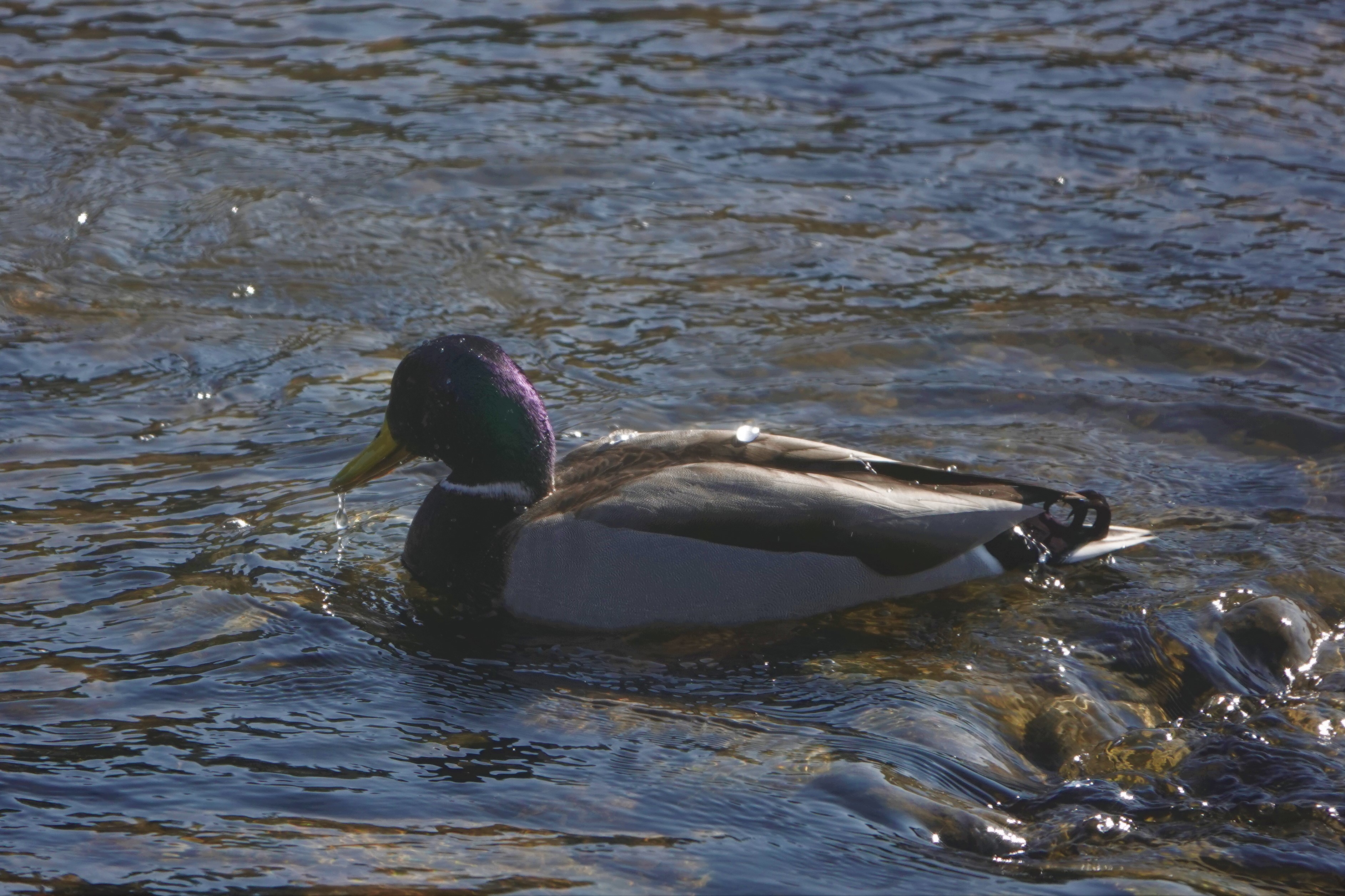 The hatchery is closed due to covid, so the fish ladder had to be viewed through a cyclone fence.  You can make out a leaping fish at the top and some swimming fish at the lower left. 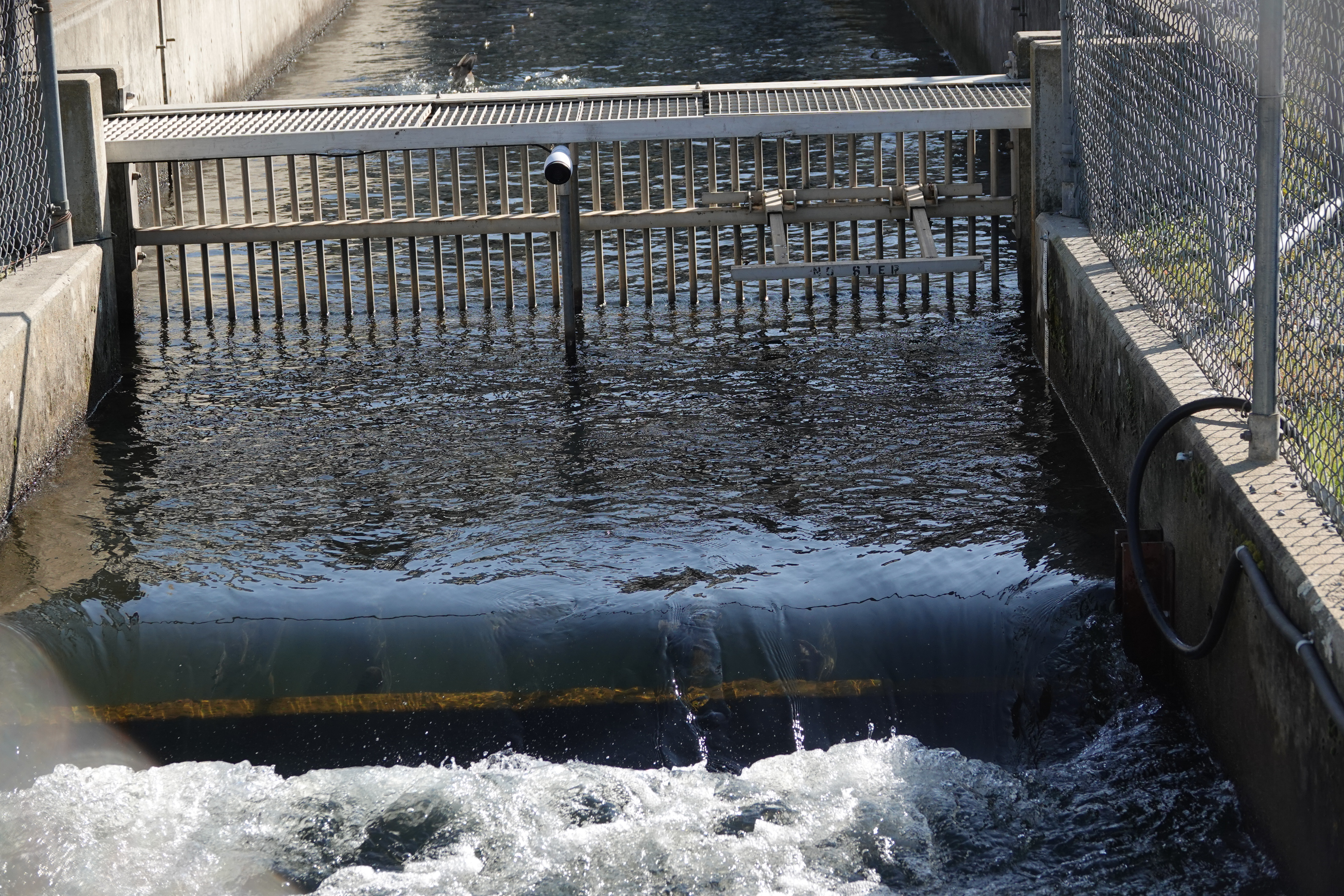 USGS fisheries workers were lowering an underwater drone from a tram to take a fish census. 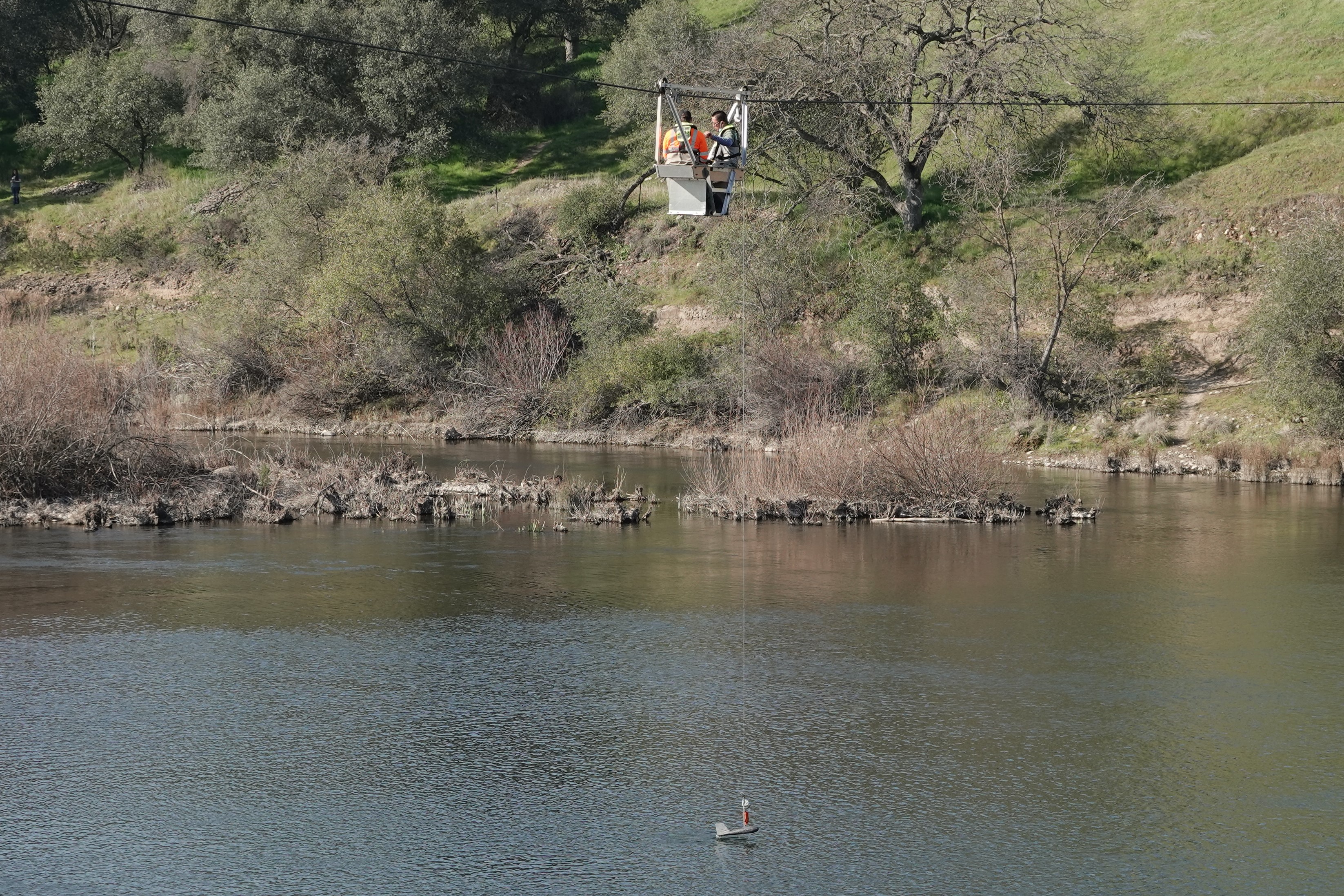 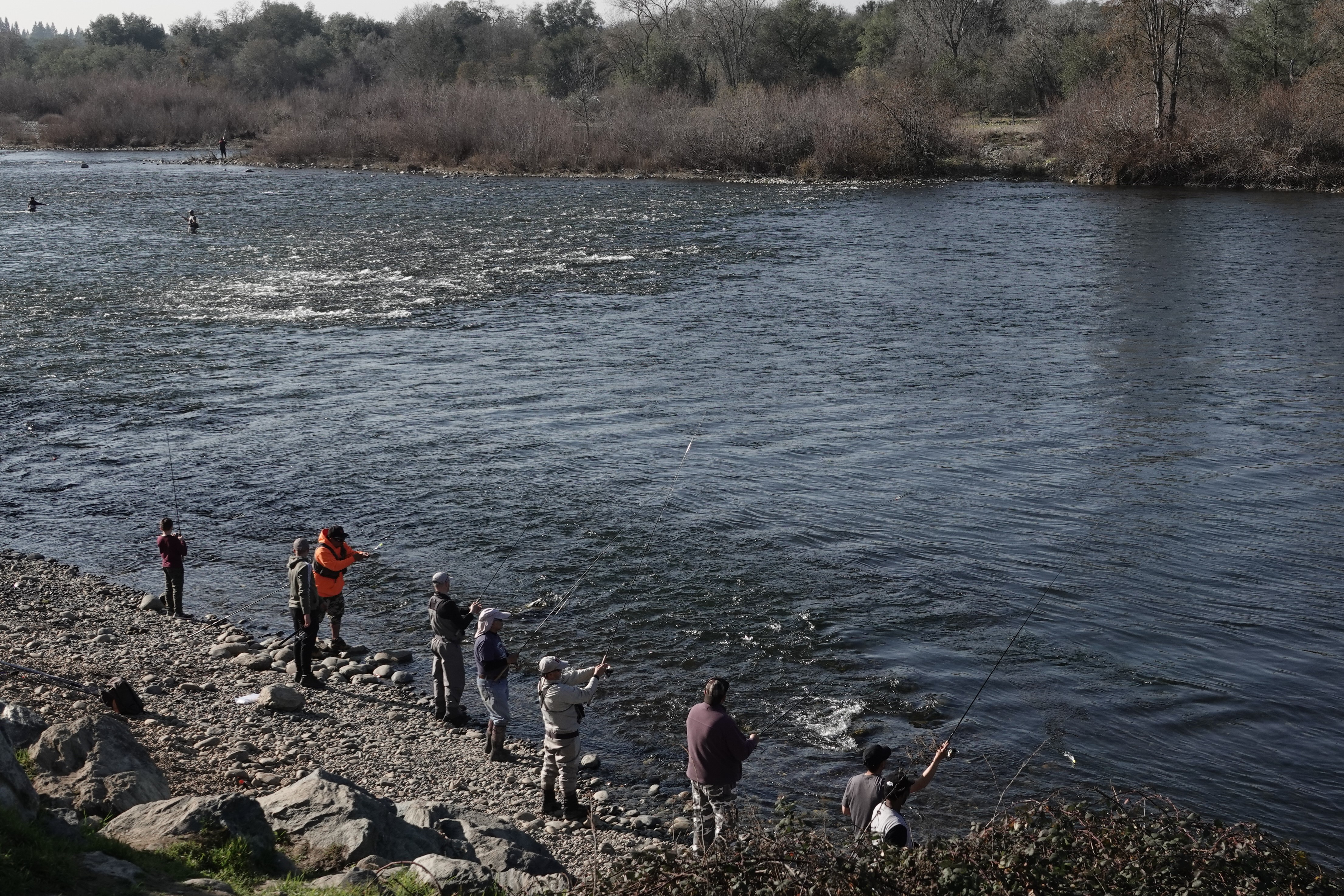