About 9 or 10 mallards come to Botany Pond on warmer days; they like to swim in the small pools that form around the “bubbler” that aerates the pond. Today, while we were giving them some noms, the ducks suddenly went quiet and stopped eating. This is what we call a “duck alert”, and indicates that’s there’s a potential predator around. It’s often a raptor, but it can be a large dog being walked nearby. (Ducks hate big dogs!)

After the potential predator leaves, the ducks resume normal activities, but it takes them a while to get over it—sometimes a few hours.

This morning, the ducks froze, and only about ten seconds later did we see a large raptor flying by. (Those ducks have very keen vision.) It sat in the trees by the pond, and kept buzzing the ducks, flying low over them as they remained still. I don’t know if a predator like the one below can actually take a full-grown mallard, but the ducks seem to worry.  And they never fly; my theory (which is mine) is that it’s easier to be caught on the wing than on the water or ground.

I yelled at the raptor and it eventually flew away, but then returned and sat in a tree farther from the pond. The crows, meanwhile, were going nuts—they must really dislike raptors, and I think they mob them sometimes.

Anyway can anybody identify this raptor? I’m not good at bird IDs, but it’s clearly a hawk of some sort, and it was LARGE. 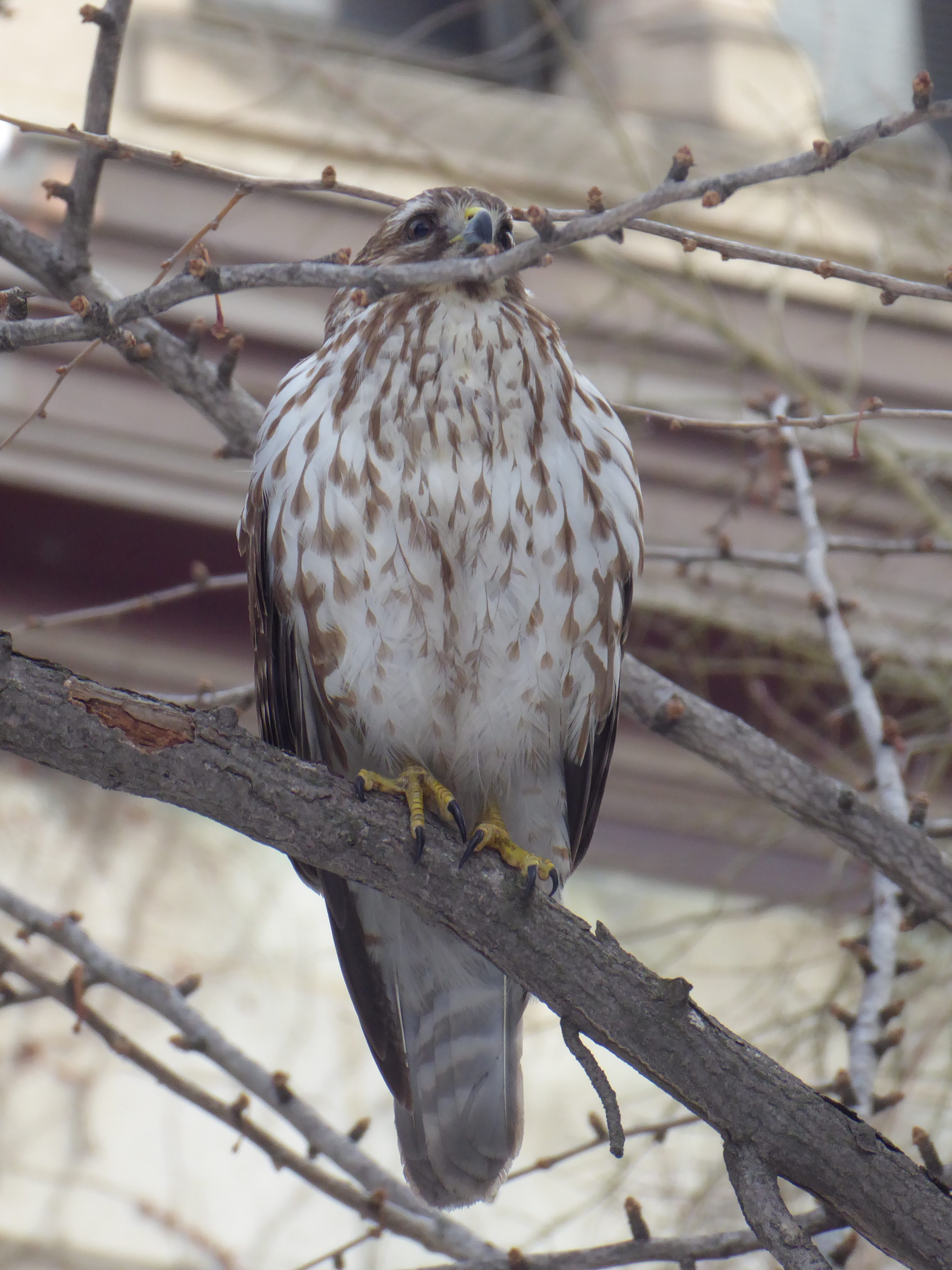 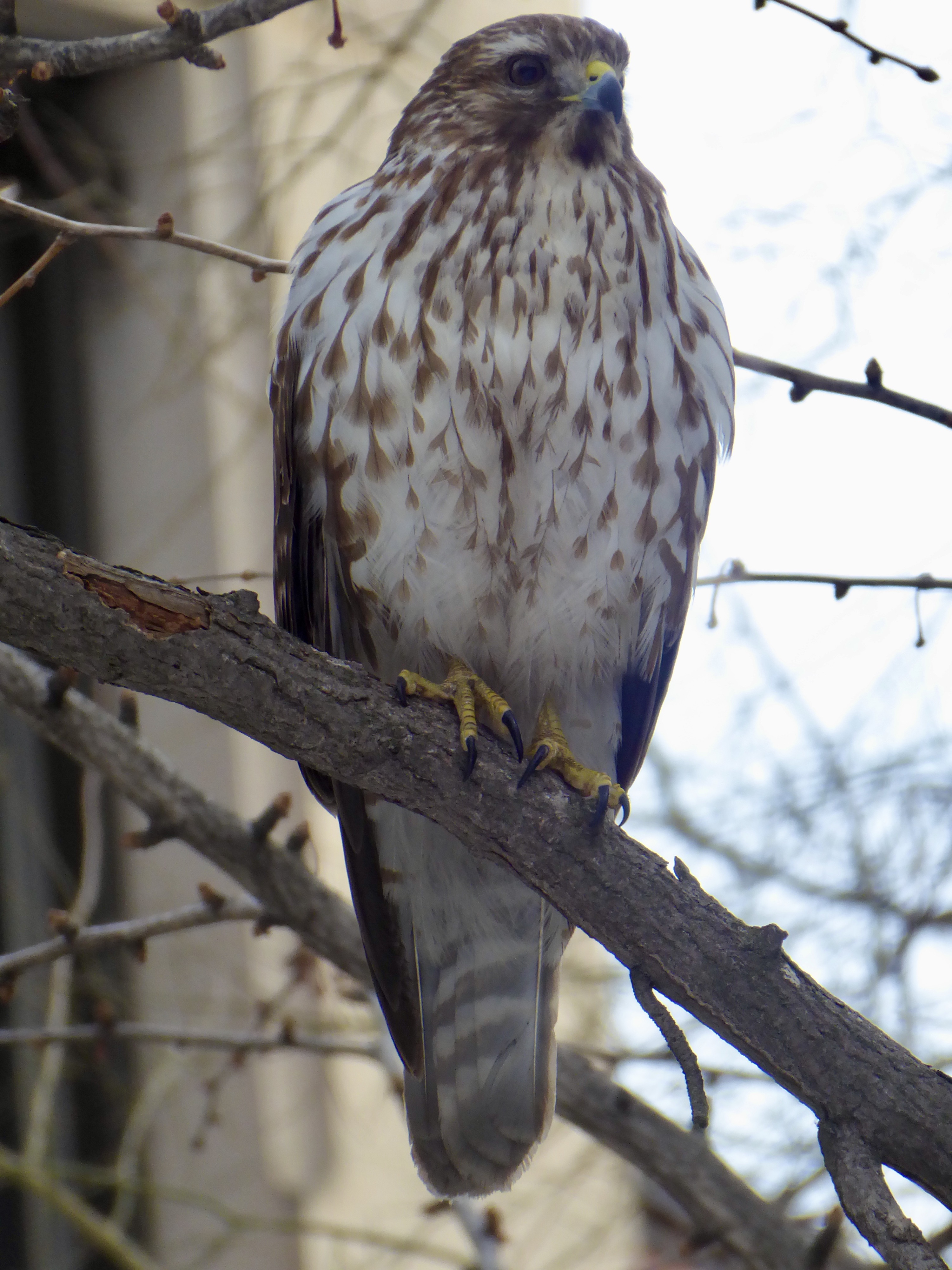 And here are the ducks on alert, standing or floating and facing the tree where the hawk was perched. You can see the two small patches of open water around the bubblers. 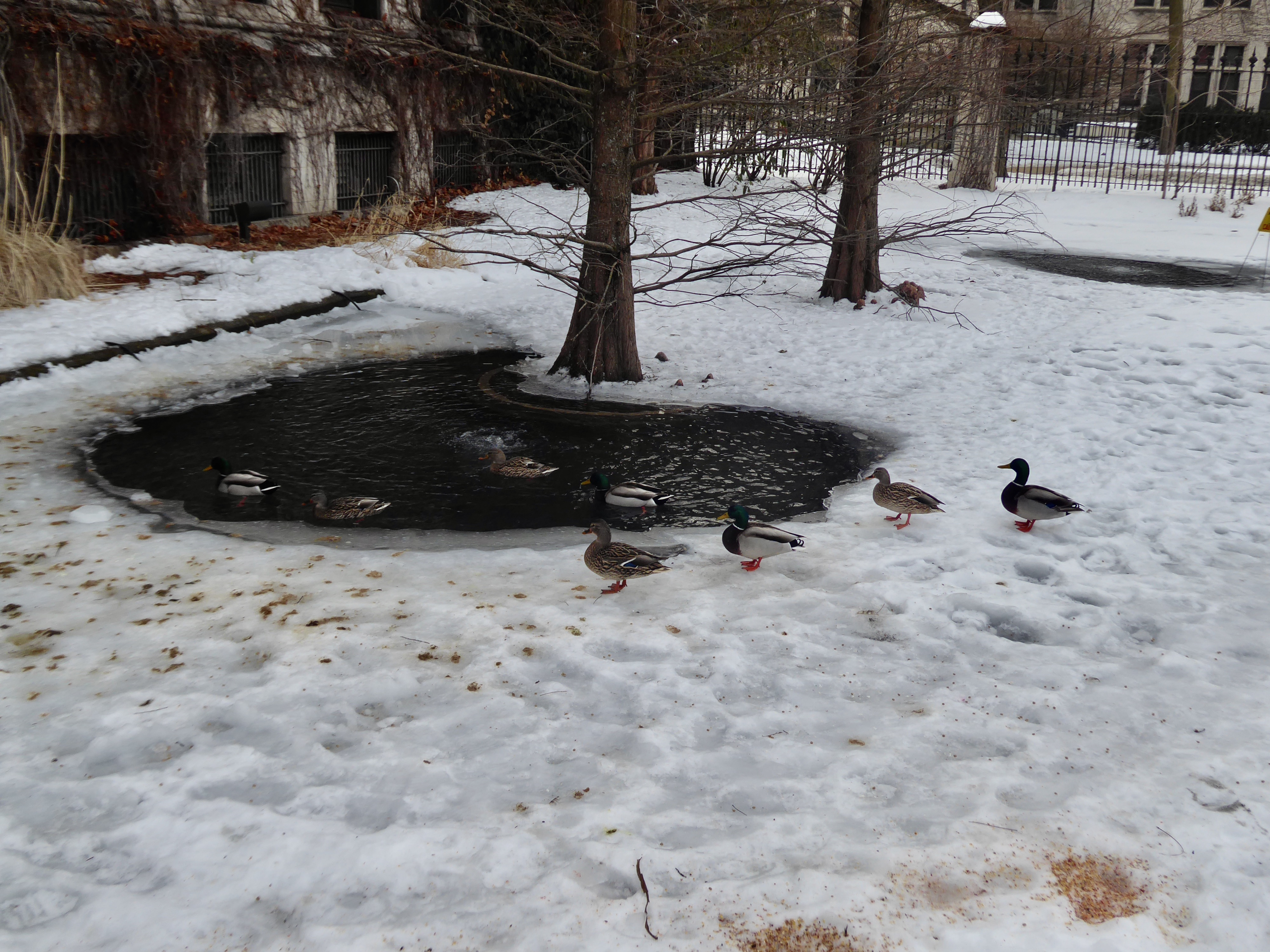 31 thoughts on “A raptor scares our ducks”