I haz a malaise today, and so will take a pas until tomorrow on what I was going to write about today: new accusations of racism against E. O. Wilson.  It’s taking me longer than I thought to process the accusations, and in fact I don’t know what I think. I think I’ll know what I think by tomorrow—at least so I hope.

Every day I get a lot of emails with the accusations against him from one article, and I guess people are demanding to know what I think, especially since I poo-pooed earlier accusations in Scientific American that Wilson (along with Gregor Mendel!) was a racist. I still reject that article since the writer’s claims since were based on no evidence, but now there’s new evidence from Wilson’s correspondence, and so we must reconsider.

Until tomorrow, then, I’m taking a break, working on my talks for Antarctica, and asking readers to fill in by having a discussion thread on this post. I’d ask you to leave the Wilson issues aside for the moment, as I don’t want to be influenced by anybody else, but there are a number of things to talk about. Here are a few suggestions:

1.) The Spotify vs. Neil Young, Joni Mitchell, and every other music artist issue. Were people like Young, who said “take me or Rogan, but not both” exercising censorship as opposed to the people who just bailed? Should Spotify let Rogan continue giving unsound medical advice?

2.) Was Whoopi Goldberg’s apology that the Holocaust was not about racism, but two groups of white people fighting each other, a sufficient apology? Does she deserve being suspended from “The View” for two weeks. Are Jews a “race” or not?

3.) Will Russia invade Ukraine? The build-up of troops is getting serious, and I’m worried.

4.) Is Wokeism on the way out? There are some signs, but not many.

Or talk about anything you want. I won’t be happy if there aren’t many comments, for I’ll have failed.

As Andrew Sullivan says, “See you Friday.” Till then, here are some winter ducks, braving the cold in Botany Pond: 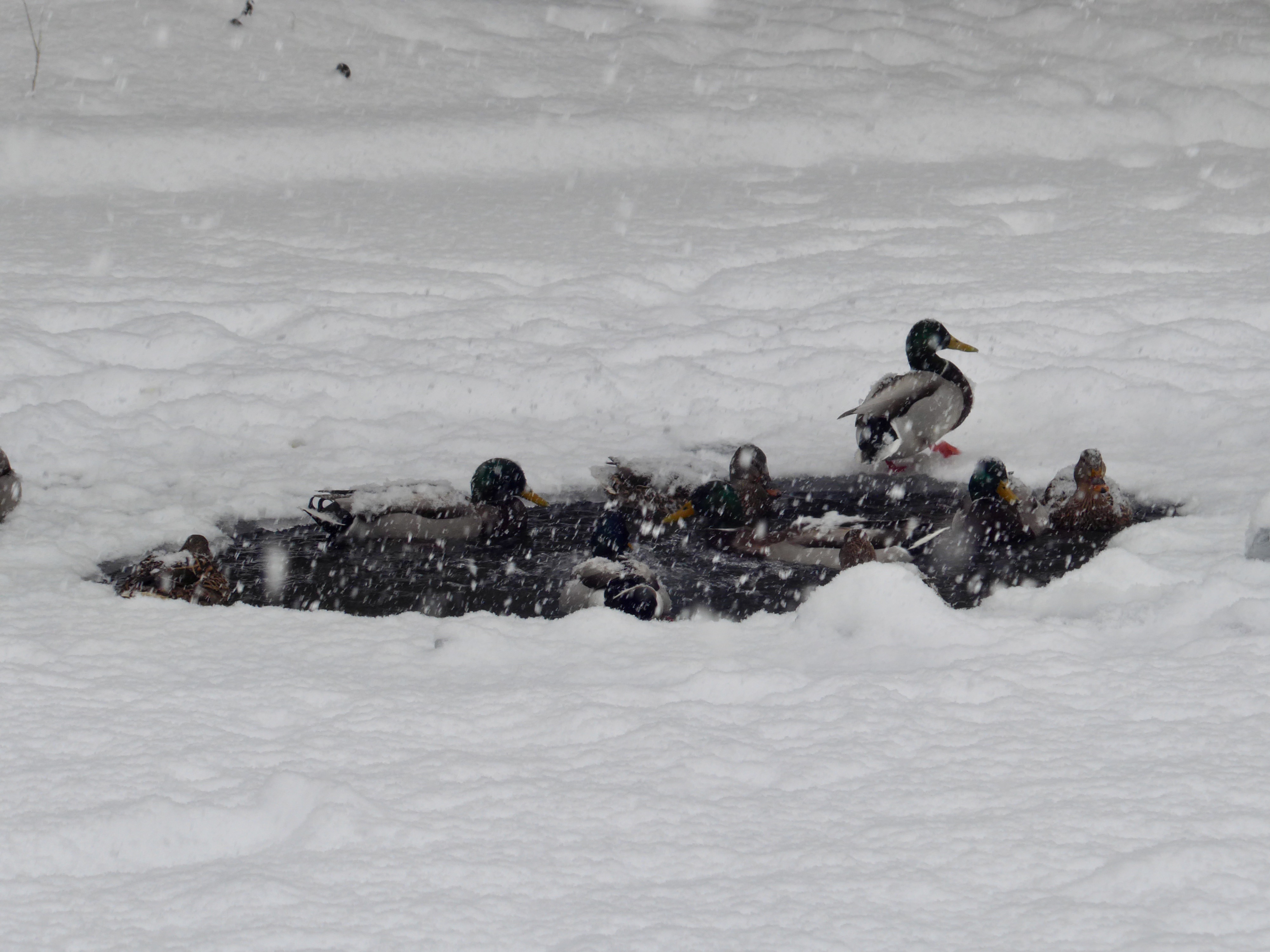