I’ve written a lot about New Zealand lately, in particular the schools’ and government’s attempt to force the teaching of “indigenous ways of knowing” (mātauranga Māori) into the science classroom as a system coequal in value with modern science. That means not only equal classroom time, but equal respect, treating indigenous ways of knowing as complementary if not identical to “scientific truth”. Note that I’m not dismissing the value of mātauranga Māori (henceforth “MM”) in some spheres, even science. For MM contains “practical knowledge”, like how to catch eels, that could conceivably be inserted into science courses.

And of course MM s the worldview of the indigenous people, and thus an important part of the history and tradition of New Zealand. It thus deserves to be taught in anthropology or sociology classes. But the science within MM is precious little compared with the larger titer of myth, legend, superstition, theology, and morality that are essential to MM. This other stuff is not a “way of knowing” and thus cannot be taught in science classes. Note as well that MM is also explicitly creationist. Do Kiwis really want to confuse students by telling them that Māori creation myths are just as “scientific” as is biological evolution?  Teaching MM as science is just as fraught as teaching any indigenous “way of knowing” as science: it’s a pathway that leads inevitably to the degeneration of science education in a country.

If you want to see what’s in store for New Zealand’s secondary schools and universities, have a read of the brochure below (click on screenshot to get a free copy), which is the University of Auckland’s “five year and ten year plans” for where it wants to go vis-à-vis education and reputation. I’ve read it twice, and have concluded four things:

a. There’s no “there” there: it’s all a bunch of chirpy aspirations about making the University a world thought leader, but without any tangible steps for doing so. I’ve rarely read a “plan” so devoid of content.

b. It’s abysmally written and loaded with Māori words that you can’t understand unless you’re fluent in the language (have a look, for instance, at the title).

c. It’s basically a plan for handing over half the curriculum and its planning to Māori, including teaching MM, though they constitute only 16.5% of the New Zealand population (Asians are 15.3%).

d. There is nothing at all about science in the plan except this lame quote from the “research and innovation page” of aspirations:

Be a research partner of choice for industry, policymakers and community organisations.

• Review promotion and reward systems to appropriately recognise the value of a range of research endeavours.

• Upskill and build capability of staff and students in research impact, engagement and science communication.

(“Upskill”? Is that a word.?) At any rate, you get the sense from the above of what’s in this screed: a lot of fine-sounding words without any substance. In fact, the one mention of science I’ve just quoted is the ONLY time that word is used in the entire 28-page vision statement, while the words “mātauranga Māori” are used six times. That’s way more than “coequal”!

The sole mention of science:

One of six mentions of MM:

And what kind of vision plan says nothing about science education? 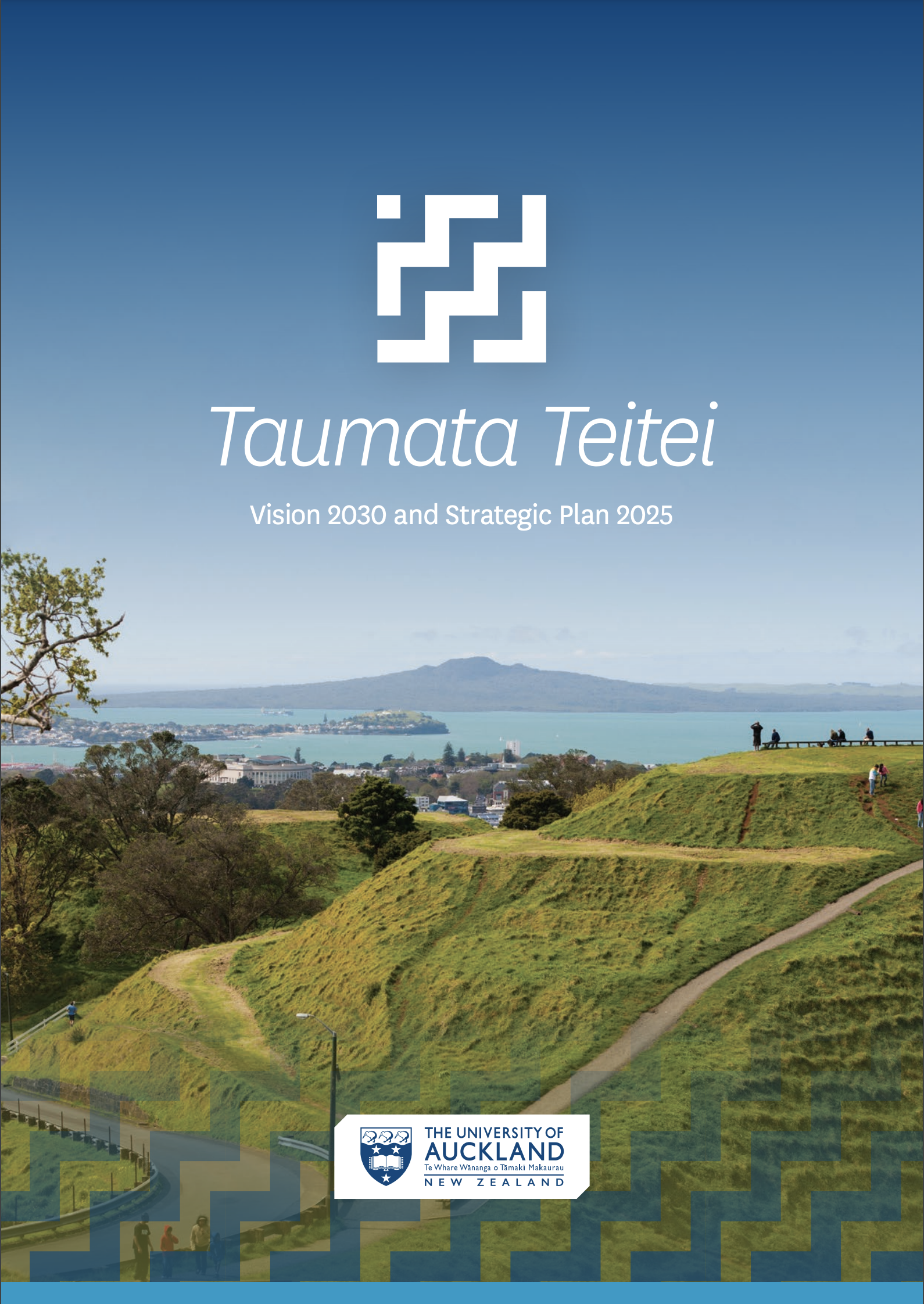 The deep-sixing of modern science in NZ is pretty much a done deal, as the Ardern government has decided that the initial agreement between the “Crown” (settlers) and the Māori—embodied in the 1840 Treaty of Waitangi, known in Māori as “Te Tiriti”) should be interpreted as meaning that  Māori should ultimately get not just equity (since they’re a minority of Kiwis), but extra equity: half of the money and half of the power.

Now pushback by minority groups everywhere is largely about power, which is fine because oppression is a withdrawal of power. But my reading of the government’s push is that power is to be apportioned to indigenous people so that they get at least half the say in everything.

It’s as if the government of the U.S. decided that Native Americans got not only half the research funding for science, but half the say in teaching their “way of knowing” in science classes. This just won’t do, as times have moved on. MM rarely changes, and most of it cannot be falsified, while science steams its way forward. This is not to say that Māori shouldn’t have more power than they do already (I can’t speak to that), but that the government of New Zealand apparently is so ridden with guilt that it’s ready to hand over its science and its universities—not to mention its dosh—to Māori or to anybody who claims Māori ancestry.

The money issue had escaped my mind until I read the article below, which appears at a reputable website (Point of Order) and was written by a reputable journalist, Graham Adams. His point is that the drive to establish hegemony of MM has as a main goal the acquisition of money for Māori-centric research (I know of examples of this, but they’re quite trivial)—in fact, half of all money allocated for research. If you want to hurt scientific progress in New Zealand, that’s a good way to do it. One can of course—and should—try to interest Māori in modern scientific endeavors, but that’s not what Adams is talking about.

The incendiary stoush was sparked last July by seven eminent professors stating in a letter to the Listener that indigenous knowledge is not science and therefore does not warrant inclusion in the NCEA syllabus as being equal to science.

Yet in the five months since the letter was published, virtually no one among those opposing the professors has argued convincingly that mātauranga Māori is scientific (even if some small elements of it could be called proto-science or pre-science).

On the face of it, the debate by now should have been declared a clear win for the professors and their supporters.   In rebuttal, their principal critics — including the Royal Society NZ, Auckland University Vice-Chancellor Dawn Freshwater, the Tertiary Education Union and prominent Covid commentators Drs Siouxsie Wiles and Shaun Hendy — have not gone beyond asserting that  mātauranga Māori is a valuable and unique system of knowledge that is complementary to science.

This view is not contentious in the slightest — and was explicitly endorsed by the professors themselves in their letter.

So, if most everyone agrees that mātauranga Māori is mostly not science but is nevertheless a worthwhile and complementary form of knowledge, the obvious solution to the standoff over including it in the NCEA curriculum would be to teach it as a component of, say, social studies. But not as part of the science syllabus.

That way, you’d think, everyone wins — Māori knowledge would be taught in secondary schools, and the argument over whether it is sufficiently scientific would vanish.

However, a simple accommodation of this kind was never going to be possible because the NCEA syllabus is merely the tip of a large iceberg of policies to recast our entire science education system — from schools to universities to research institutes — as an equal endeavour between Māori and non-Māori in which mātauranga Māori is everywhere accorded the same status as science.

And thats the rub, because “status” includes money.

The NCEA syllabus represents just one small step in fulfilling a much wider co-governance programme based on a radical view of the Treaty as a 50:50 partnership between Maori and the Crown. For that reason, advocates of incorporating Maori knowledge into the science curriculum cannot afford to concede even an inch of ground to the professors and their supporters lest their stealthy revolution be undermined.

In short, the push to promote indigenous knowledge cannot be allowed to fail at any level for fear it will fail at every level.

The project to gain parity for mātauranga Māori throughout science education and funding is detailed in Te Pūtahitangi, A Tiriti-led Science-Policy Approach for Aotearoa New Zealand.

Published last April, it can be seen as a companion to the revolutionary ethno-nationalist report He Puapua and shows how a radical overhaul of the education system could, or should, be implemented.

This overhaul in fact gives more than equity to Māori when it comes to funding, for their research quality gets weighted 2.5 times as heavily as does research from non-Māori. This is likely to translate into big differences in research funding.  Not even in the U.S. will the NSF and NIH prioritize grants and research evaluations based on ethnicity. The NIH tried to do that, but stopped the practice when it became public and was seen as unfair. One possibility is to fund only projects that involve Māori scientists. But since there’s a paucity of Māori scientists, the NZ initiative is, I think, likely to shake out as “no funding except for projects that combine modern science with MM.”

While the University of Auckland touts how wonderful it is and how much of a world-class research institute it will be, it and the NZ government is simultaneously ensuring that the research quality and reputation of the entire country will go into the dumper. And it’s largely done out of guilt, for equity alone simply cannot justify these actions. Robin DiAngelo would make a pile in New Zealand!

In the next installment (not for a while), I’ll give some examples of MM “ways of knowing” that have been touted as scientific.

49 thoughts on “More from New Zealand, a nation whose science is circling the drain”