Greetings on a cold (10° F, -12° C) Thursday, January 20, 2022: “National Cheese Lover’s Day“. Are they honoring only one lover of cheese, as the apostrophe suggests? Have they forgotten Wallace and Gromit? It’s also National Buttercrunch Day, International Day of Acceptance, honoring disability rights and Annie Hopkins, one of its greatest advocates, Women’s Healthy Weight Day (have they forgotten the mantra, “Healthy at any size?”), Take a Walk Outdoors Day (yes I will yes), and Penguin Awareness Day.  Here are some king pengies (and a photobomb by a species you should identify) that I photographed in the Falklands two years ago: 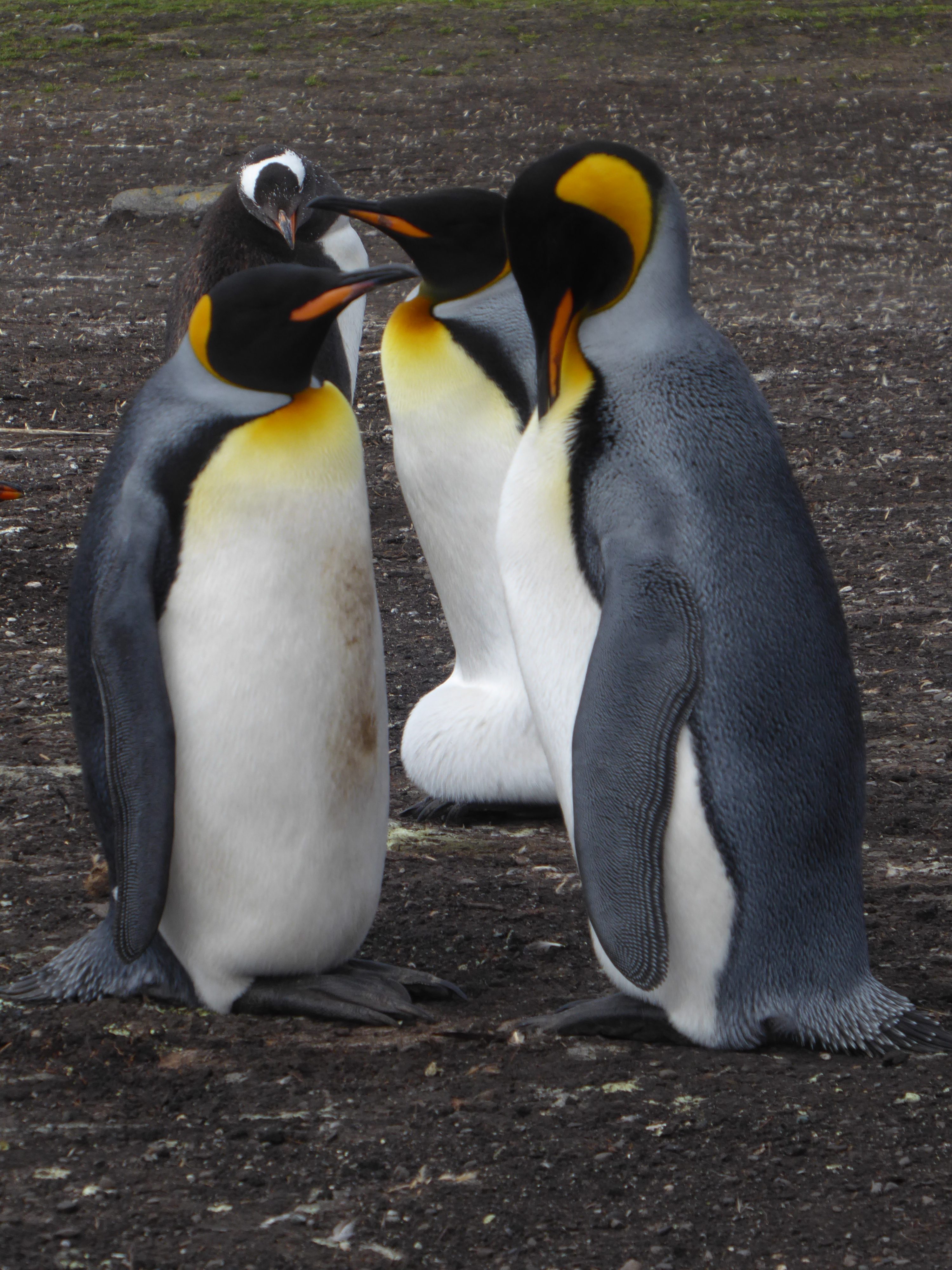 *The article below was in the December 20 Washington Post. Anybody want to bet me some $$ that a cat will be in the White House by January 31? I’m betting “no”, will give even odds. Click on screenshot to read about another of Biden’s false promises—and this one he can turn into reality! WHERE’S THE DAMN CAT, JOE?

*I hope that Biden’s political prognostications are as well founded as his feline forecasts because, according to the New York Times, he’s now announced that he believes Russia will invade Ukraine.

“Do I think he’ll test the West, test the United States and NATO, as significantly as he can? Yes, I think he will,” Mr. Biden told reporters during a near two-hour news conference in the East Room of the White House, adding: “But I think he will pay a serious, and dear price for it that he doesn’t think now will cost him what it’s going to cost him. And I think he will regret having done it.”

That is Presidential saber-rattling, because the U.S. can do precious little to punish Russian for invading Ukraine. My own prediction is that it will because it can, but of course nobody but Putin and his top military advisers know for sure.

I watched some of the press conference, which was a lackluster performance with the press going after Biden with unusual vehemence. He admitted that Covid testing on his watch wasn’t up to snuff, but in other areas just asserted that he’s calling a reset. He blamed the lack of bipartisanship on Republicans (even though he promised more bipartisanship, and Republican recalcitrance was absolutely predictable).

The Court has roundly rejected Donald Trump’s bid to prevent his presidential records pertaining to the Jan. 6th attack on the Capitol from being disclosed by the National Archives to the House select committee investigating that attack.

The vote was 8-1 against Trump, with only Clarence Thomas marching, as is his wont, to the beat of some polyrhythmic drummer inaudible to the others, dissenting without opinion.

*Even the NYT’s coverage of the press conference and Congressional news was grim. Because of Manchin and Sinema, the filibuster won’t be ended, the Build Back Better bill won’t pass, nor will the voting rights bill. It’s a grim prospect, and will likely be grimmer this November. But I don’t agree with the Chicken Littles who say things like this:

“Nothing less than the very future of our democracy is at stake, and we must act or risk losing what so many Americans have fought for — and died for — for nearly 250 years,” said Senator Gary Peters, Democrat of Michigan.

I beg to differ, as I think the resilience of our republic is stronger than people think. Even many Republicans, as well as centrists, were appalled at the January 6 insurrection. Yes, Republicans have made it harder for minorities to vote, but vote they will. What we need to worry about is how they will vote.

*Breaking news: last night the voting rights bill went down to defeat in the Senate after Republicans invoked the filibuster.

*The Washington Post’s editorial-board piece, “How Biden can fix his presidency,” is long on mourning what he did wrong, or didn’t do, and short on prescriptions. The three recommendations include (quotes are indented):

1.) In his second year, Mr. Biden must tack toward the practical. Mr. Manchin had offered to support a $1.8 trillion Build Back Better proposal last month, which would have included hefty climate change provisions, before his talks with the White House collapsed. The president should have taken up Mr. Manchin then. Mr. Biden should say yes to Mr. Manchin now, salvaging as much of that proposal as he can.

2.) Meanwhile, the gravest threat to U.S. democracy is not vote denial but that administrators or elected officials will attempt to tamper with legitimate vote counts based on lies about fraud. Mr. Trump’s continuing effort to discredit the 2020 vote, which experts say was the most secure presidential election ever, has spurred a wave of GOP candidates to campaign on his bogus conspiracy theories. A bipartisan group of senators is discussing a bill that would harden vote-counting procedures against partisan subversion. Mr. Biden should foster these discussions.

Agreed, this opposition to legitimate votes constitutes one of our most serious problem. But “Mr. Biden should foster these discussions”? How is he going to do that—calling the Senators and saying, “You go, Senators!”

3.) The president should also encourage lawmakers to keep working on reforming the Senate. Though Mr. Manchin refused to upend the filibuster to pass a voting rights bill, he has signaled openness to altering the rules in more modest ways. These could include making it more difficult for the minority party to sustain filibusters, which have become routine only recently. Doing so might require more talks with Republicans; the president should get those started.

That’s a passel of lame advice for Biden! Granted, with a deadlock in the Senate it’s hard to do much, but then let’s face the facts: we Democrats are screwed, and to some extent its our fault for ignoring the average Joes and Jills in America.

*The little good news we have is the administration’s promise that starting soon, 400 million N95 masks will be given away for free to the American public beginning soon:

The nonsurgical N95 masks will start to be available at pharmacies and community health centers late next week and the program will be fully up and running by early February, the White House official said. The masks will be sourced from the Strategic National Stockpile, the nation’s safety net of medical-equipment supplies.

“This is the largest deployment of personal protective equipment in U.S. history,” the official said. “Experts agree that masking is an important tool to control the spread of Covid-19.”

Warning; if you have to pick up a prescription at the pharmacy during the early days of mask distribution, either go early or wait till the initial rush abates. Everybody is going to want those masks. 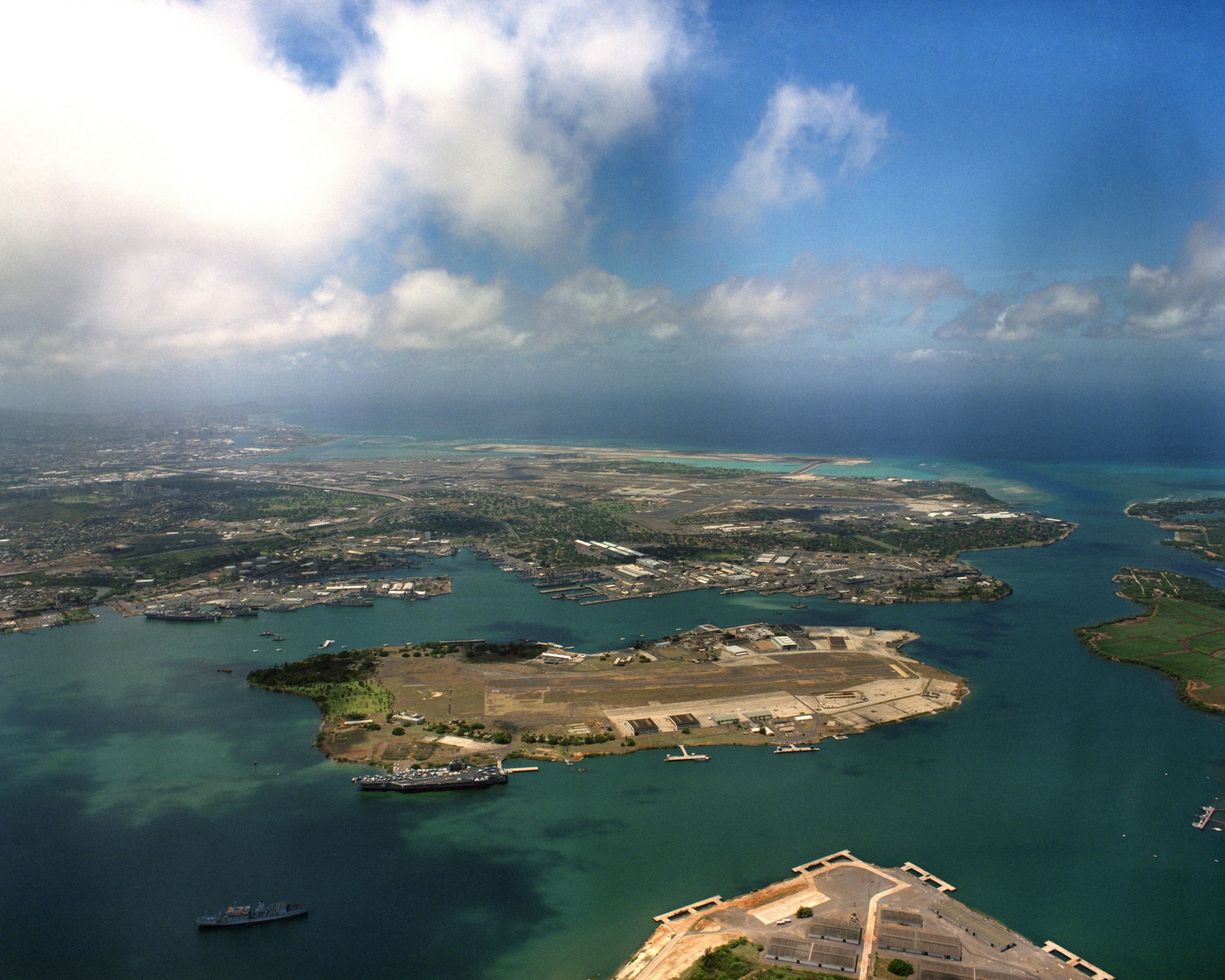 Here’s the whole movie. Some great acting (NOT!):

Here’s a letter following up on that conference. The Wikipedia caption:

In a February 26, 1942 letter to Martin Luther, Reinhard Heydrich follows up on the Wannsee Conference by asking Luther for administrative assistance in the implementation of the “Endlösung der Judenfrage” (Final Solution of the Jewish Question). 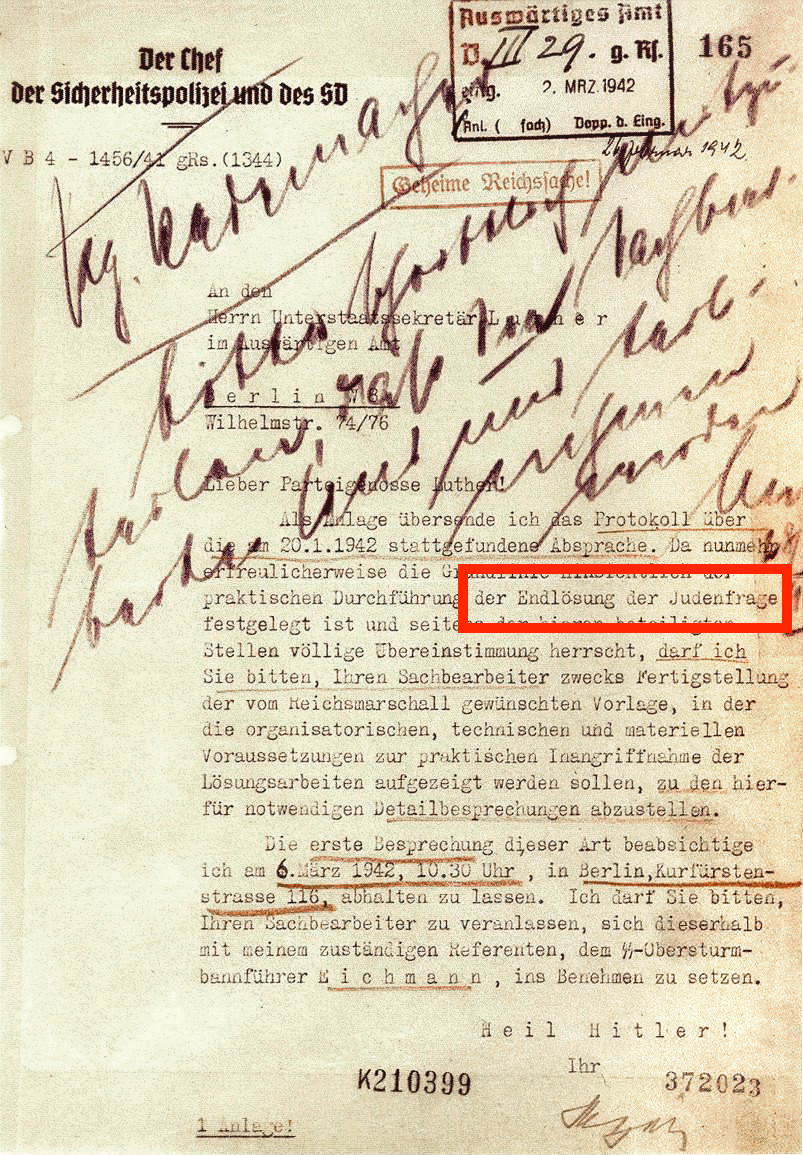 Here’s the inauguration and JFK’s address. But where’s Jackie?

Here’s Obama’s inauguration, with Michelle and the kids right there (speech, too):

Lead Belly singing his most famous song, “Goodnight, Irene” (he didn’t write it) in 1934:

His real name was Nathan Birnbaum, and here he is telling a story:

Born free: Here’s Joy and Elsa the lion: the first lion to be successfully released from captivity: 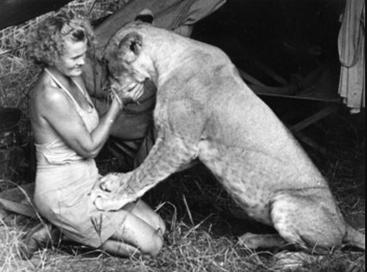 Those whose existence ended on January 20 include:

Garrick and his wife Eva, painted by, of all people, William Hogarth: 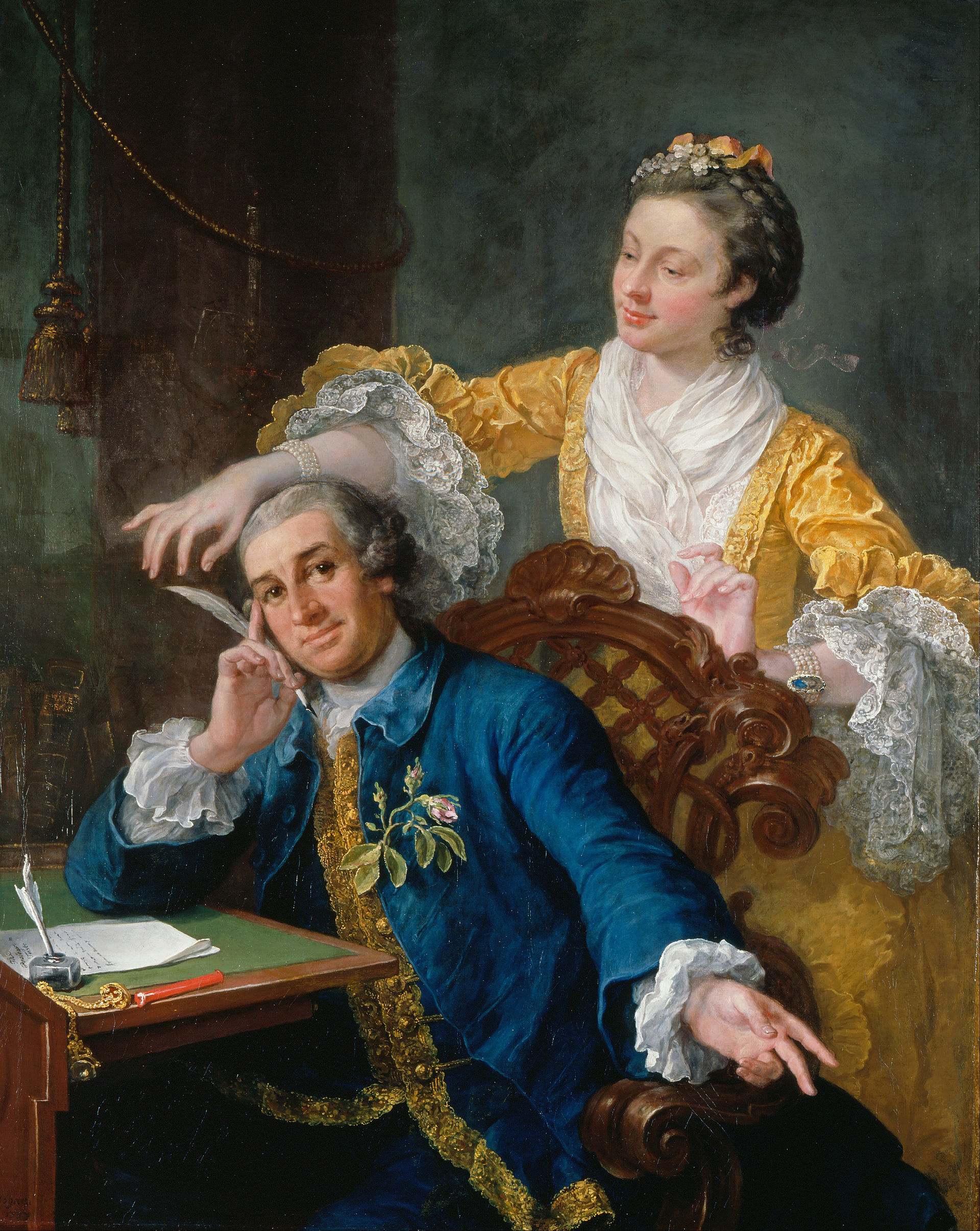 In my view, Millet is underrated, though he much impressed other artists, notably Vincent van Gogh. Here’s Millet’s “Man with a Hoe”, painted in 1862: 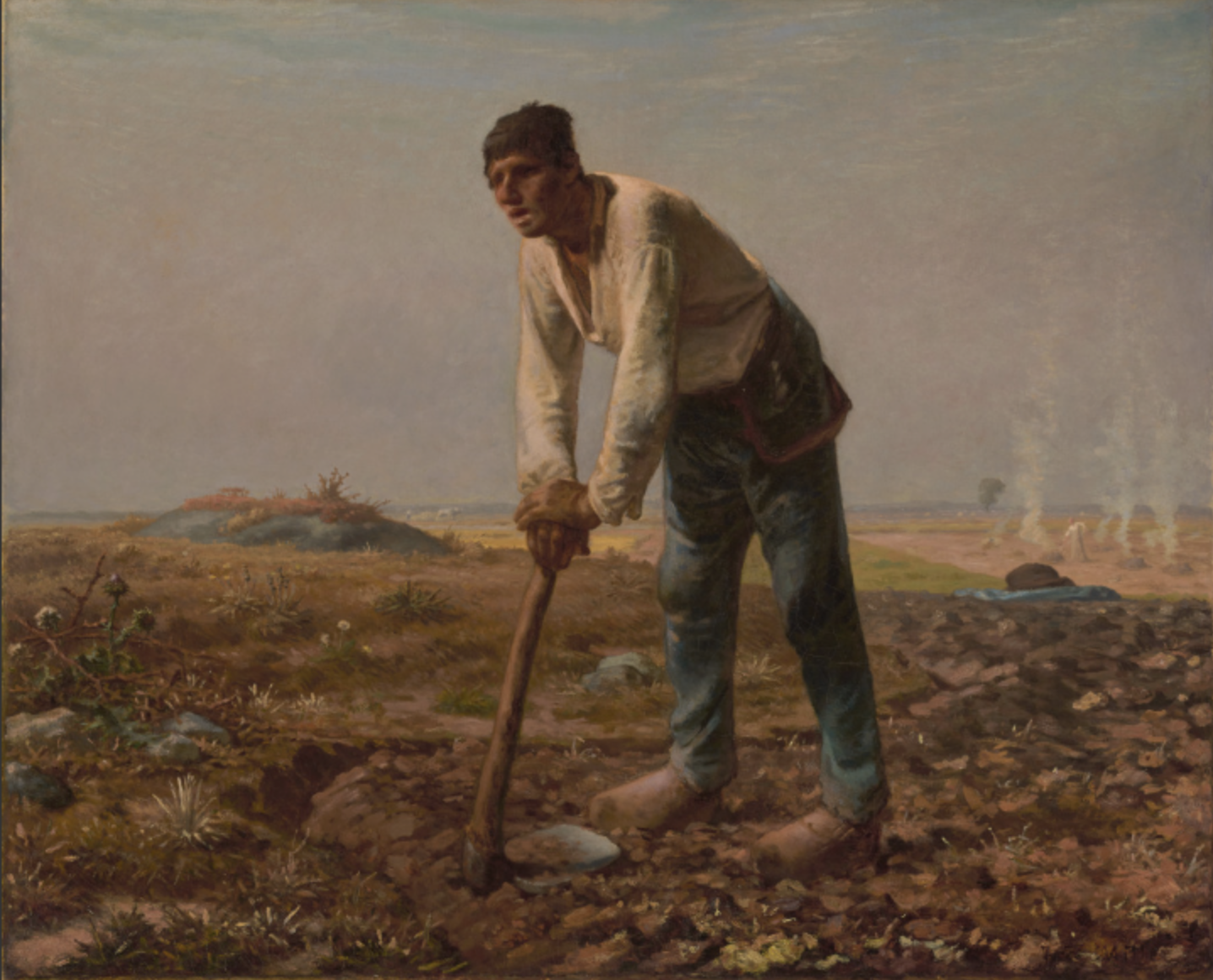 A black man, Gibson was barred from major-league baseball by segregaton, but he would have shone there. His lifetime batting average was .374, and his best single season average was an astounding .466.  He was the second player from the Negro Leagues (yes, that’s what it was called) to be inducted in the Cooperstown Baseball Hall of Fame. Here’s  a quote from Wikipedia and a picture of Gibson wearing the (Pittsburgh Homestead Grays outfit:

Even though Jackie Robinson became the first black player in modern major league history in April 1947, Larry Doby, who broke the American League color barrier that July, felt that Gibson was the best black player in 1945 and 1946. Doby said in an interview later, “One of the things that was disappointing and disheartening to a lot of the black players at the time was that Jack was not the best player. The best was Josh Gibson. I think that’s one of the reasons why Josh died so early — he was heartbroken.” [JAC: He died at 35 from a brain tumor] 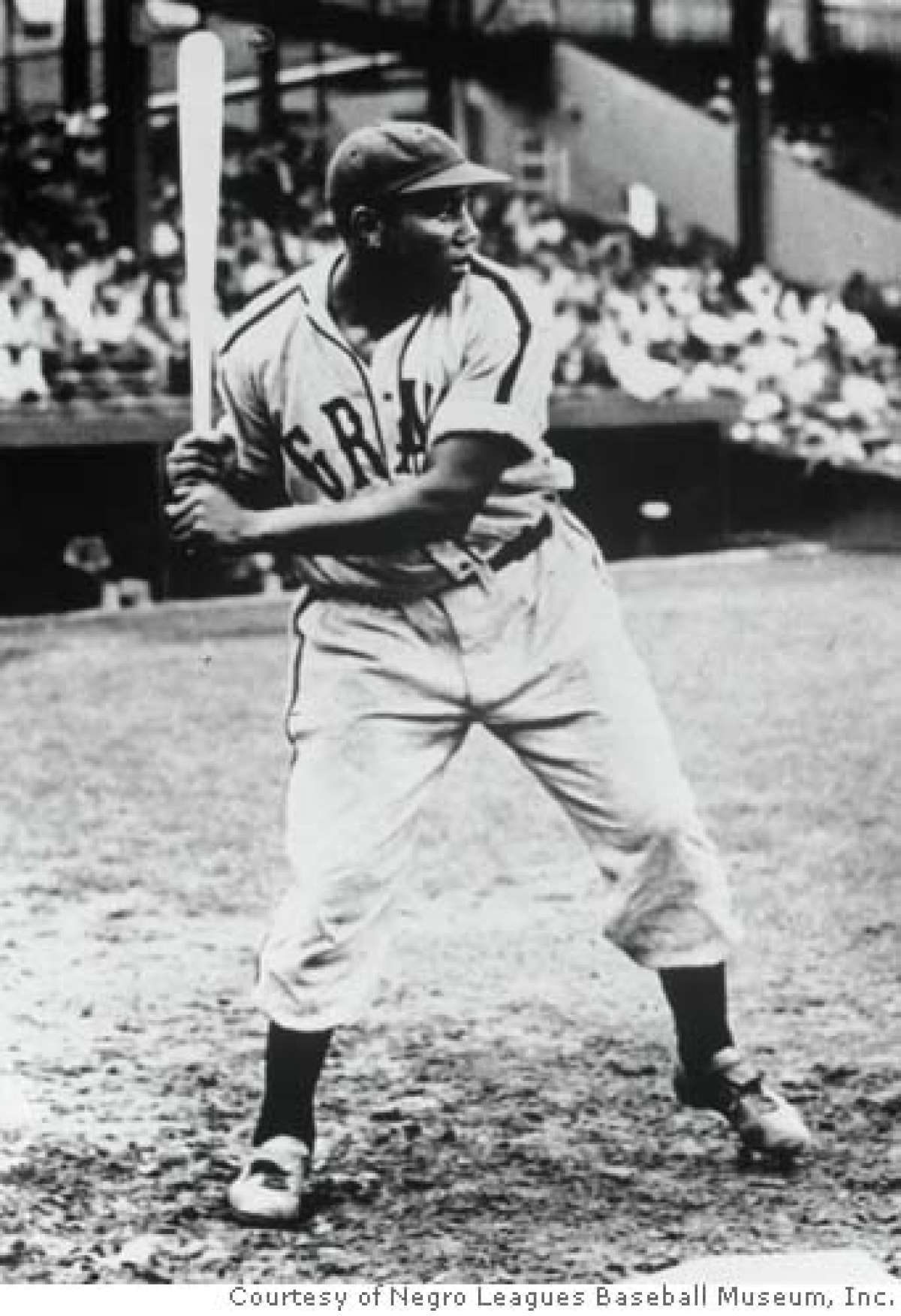 Yes, she was one of the Rothschilds, and decided to take up a career in entomology. She was eccentric and delightful; I met her twice at Harvard, where she’d come to work on the insect collections. A video (1 of 3), recounting her “Seven wonders of the world”. Do watch the 8-minute clip, which shows an enthusiasm for insects that I remember well in her.

Meanwhile in Dobrzyn, Hili is crawling between Andrzej’s and Malgorzata’s computer screens, which face each other on adjacent desks:

A: What are you doing there?
Hili: I’m checking the cables. 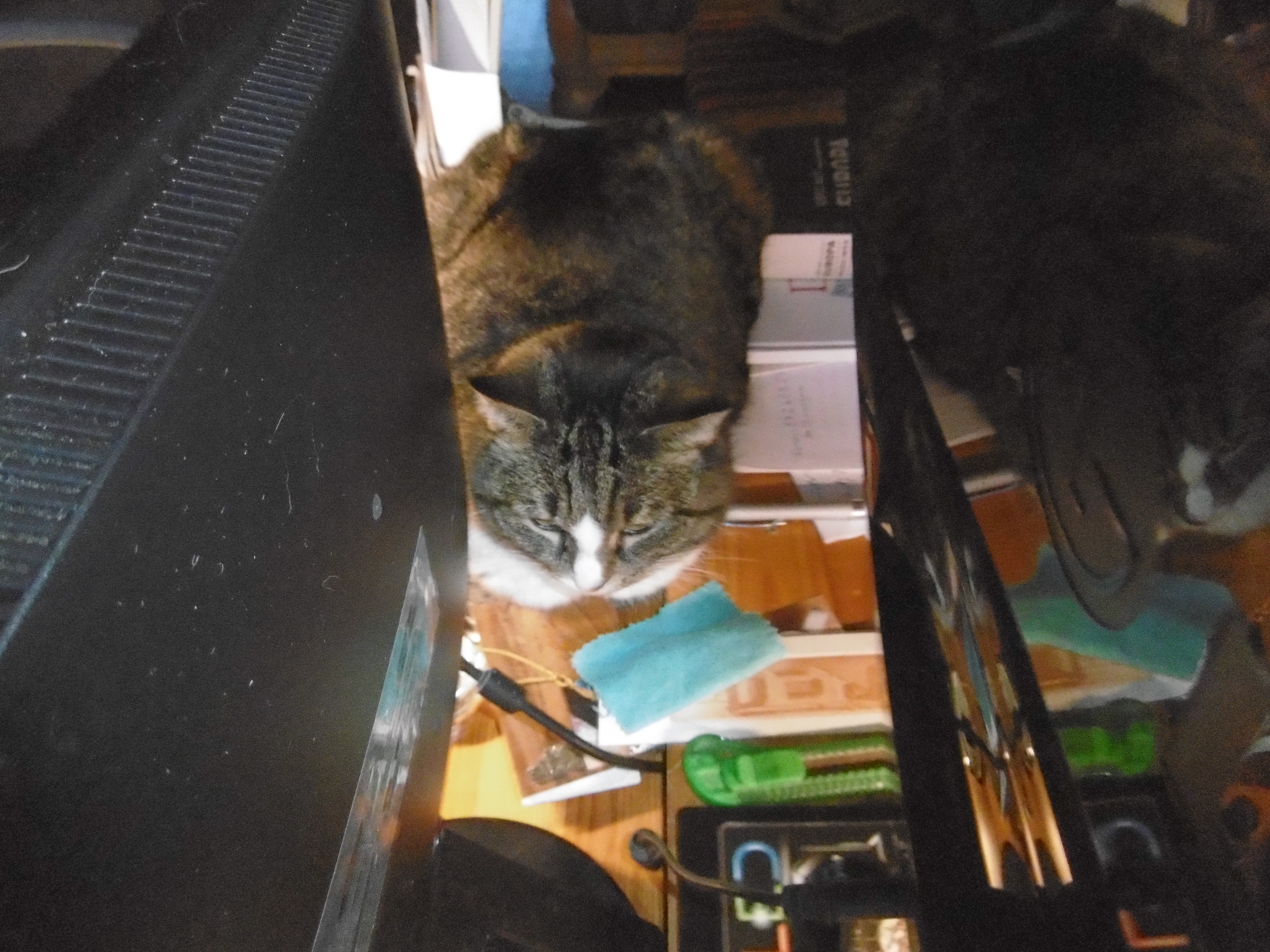 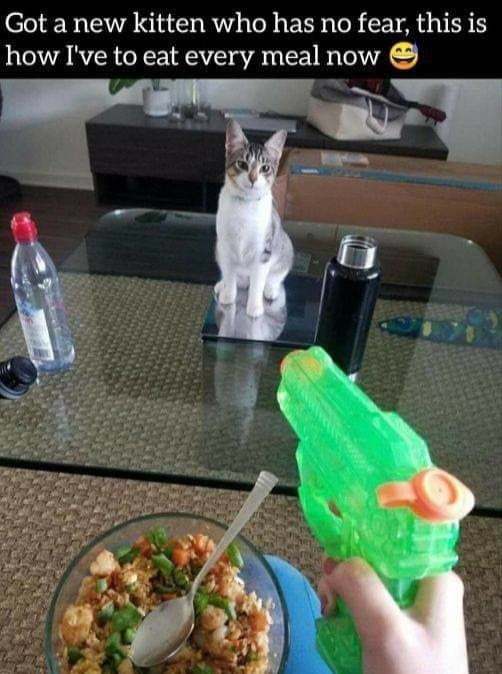 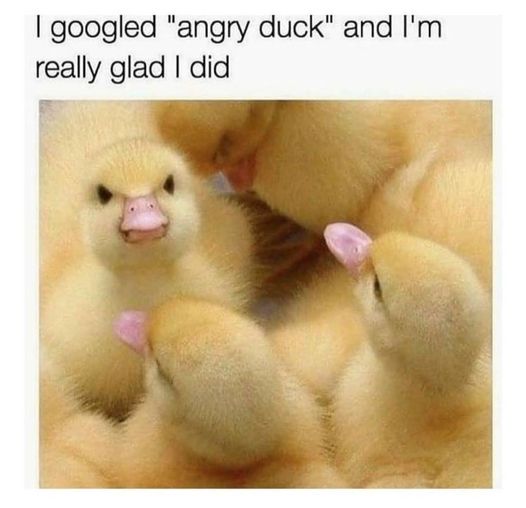 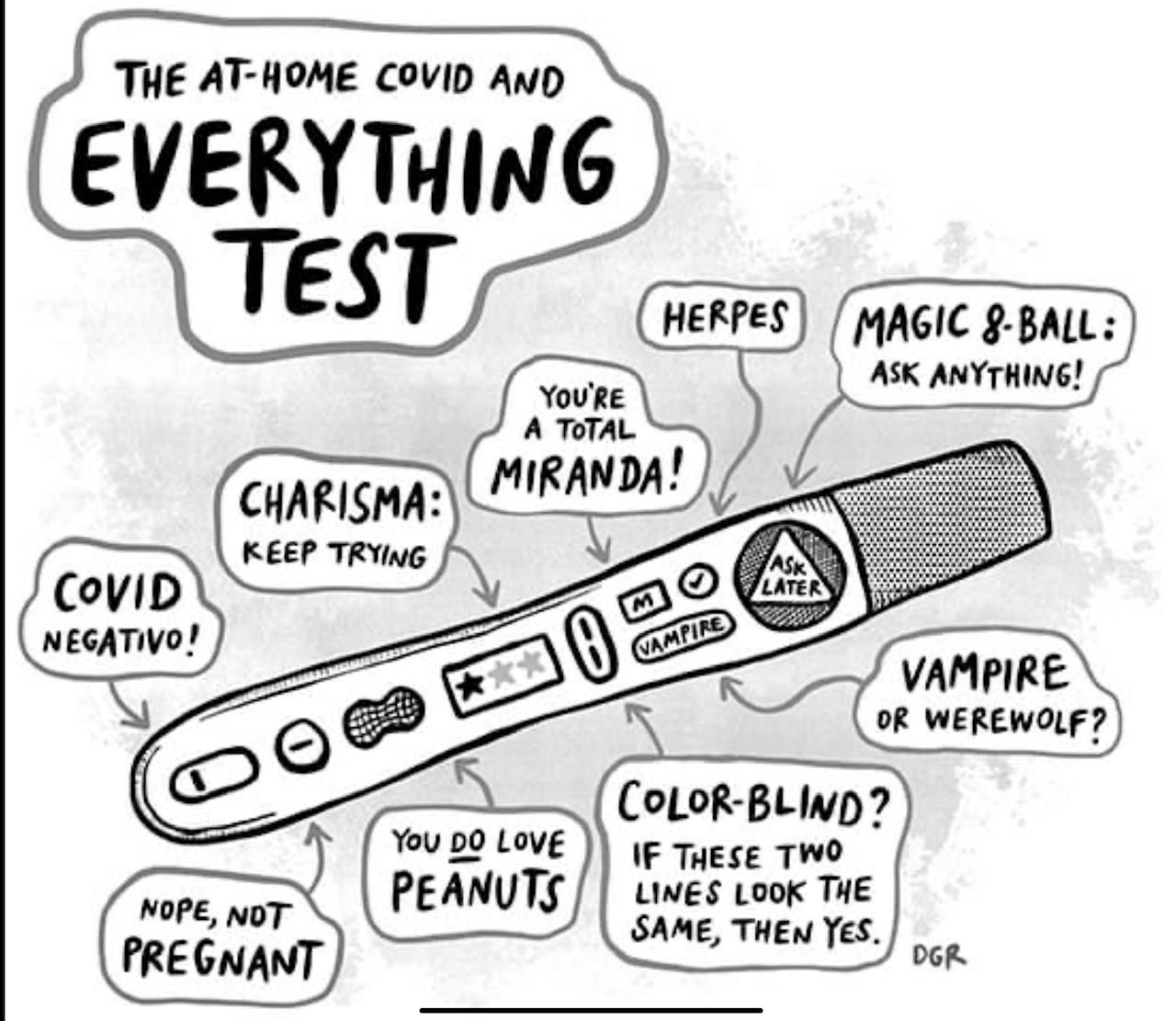 From Masih Alinejad’s site. So much for Taliban reassurances about women’s rights.

I am an athlete from Afghanistan. A member of the national taekwondo team in my country. I had so many dreams. When Taliban came, I couldn’t go out even with this hijab. I protest in streets. I was forced to leave my country recently. I want the Taliban to hear me. #LetUsTalk https://t.co/Mmmnuu1cVV pic.twitter.com/NiL2u9uB7n

From Barry, who notes that calling someone an ape is now hate speech:

From Simon, who says this:

This is pretty brutal as a takedown. The “cops” are part of the cast of Line of Duty which is a very popular British TV series (available here on Hulu). The TV show itself is well worth watching, the stories between seasons are separate but characters (including the three in this video) carry through. Lots o twists and turns – but not enough on its own to see me on Hulu – but perhaps enough to watch it on a free one month trial if the offer comes up!

I am wondering whether and for how long Boris will survive.

🚨“If you've got one shred of compassion for all those families who sacrificed so much, who lost so much, you’ll go”🚨 pic.twitter.com/AOl2D4f0Bc

I found this one, but by following a tweet that Matthew sent (see below). Listen to that howl!

And the tweet from Matthew that led me to the howler:

The Cranberry Bay Pack was only 4 wolves strong last winter and then they had 4 pups this past spring. It appears that at least 3 pups survived into the fall and possibly 4. Three of wolves in the video definitely look like pups and maybe a 4th but hard to say.

More from Matthew. I have a juvenile sense of humor, and found this pretty funny:

me: how can I impress my date

[later at the restaurant]
her: what?

me: I said how much do you want for your burger?

A graphic demonstration of global warming:

But the Chosen Pig isn’t kosher!

Each pig has its merits, but only one can be the chosen pig. pic.twitter.com/gU2FUtjaSo