Today we have a first batch of photos from ecologist Susan Harrison, taken in October last year at Half Moon Bay in California. Her captions are indented, and you can enlarge the photos by clicking on them.

Out at sea were many pelagic birds, including Black-Footed Albatross (Phoebastria nigripes): 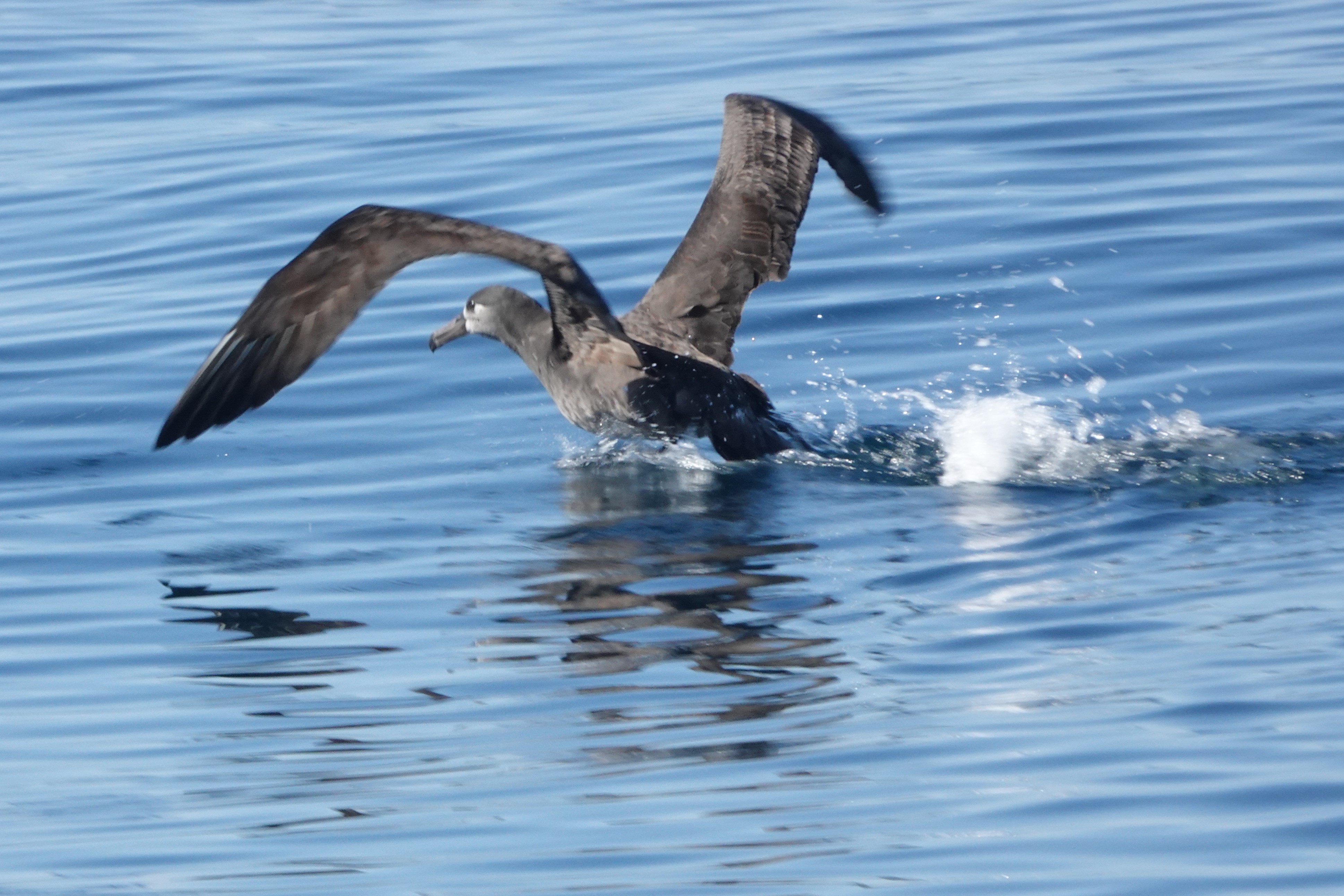 These Orcas (Orcinus orca) belong to the “transient” ecotype that hangs out offshore and eats marine mammals – most notably, calves of migrating Gray Whales (Eschrichtius robustus).  They are genetically distinct from the “resident” and “offshore” orca ecotypes, and some people believe all three should be designated as separate species.  We saw two mothers and three young, all individually known to the biologists studying them 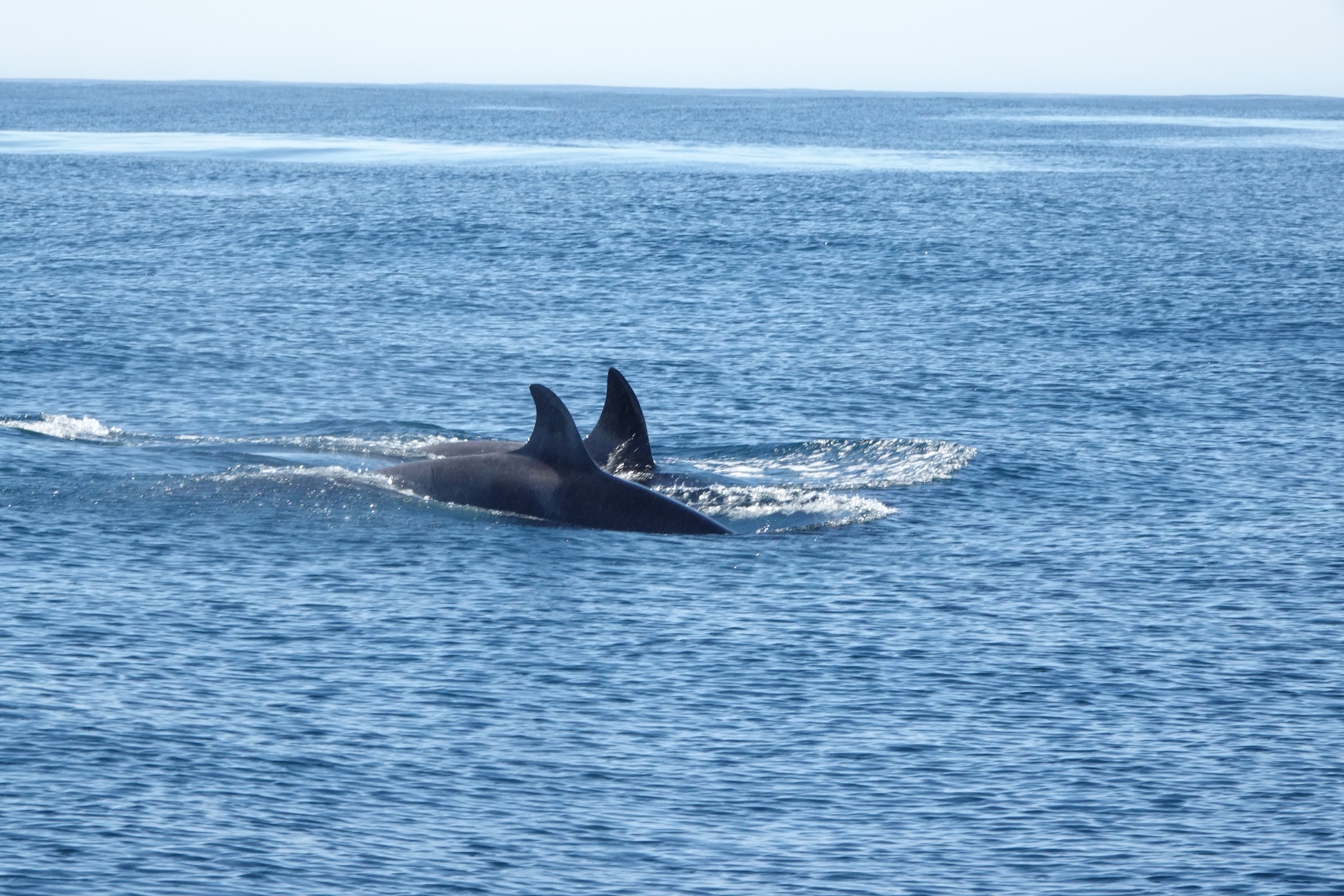 Back ashore, we stumbled on a flock of Snowy Plovers (Charadrius nivosus), which hide by crouching in sand indentations.  How many can you count in the first picture?   (I see 10.) 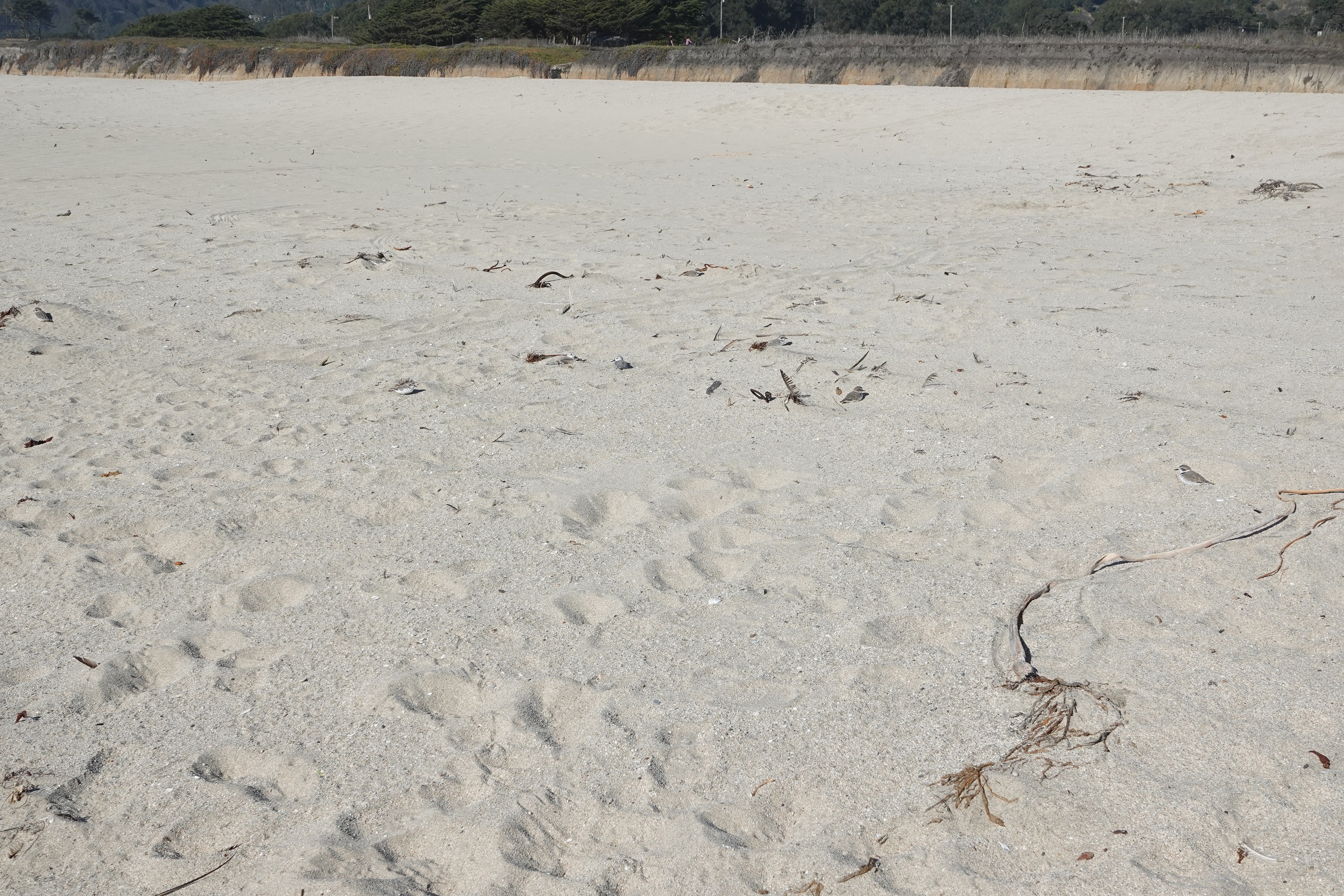 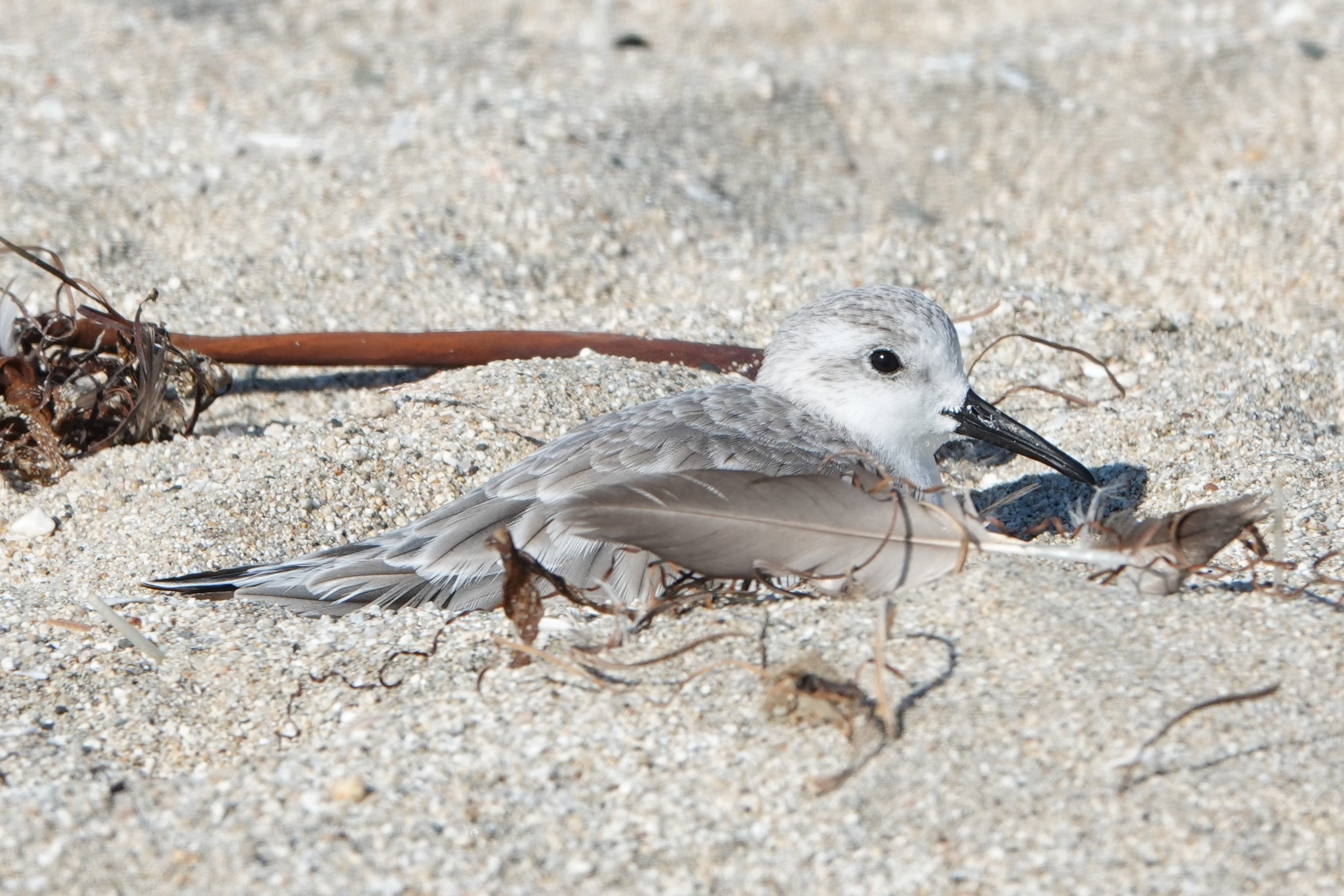 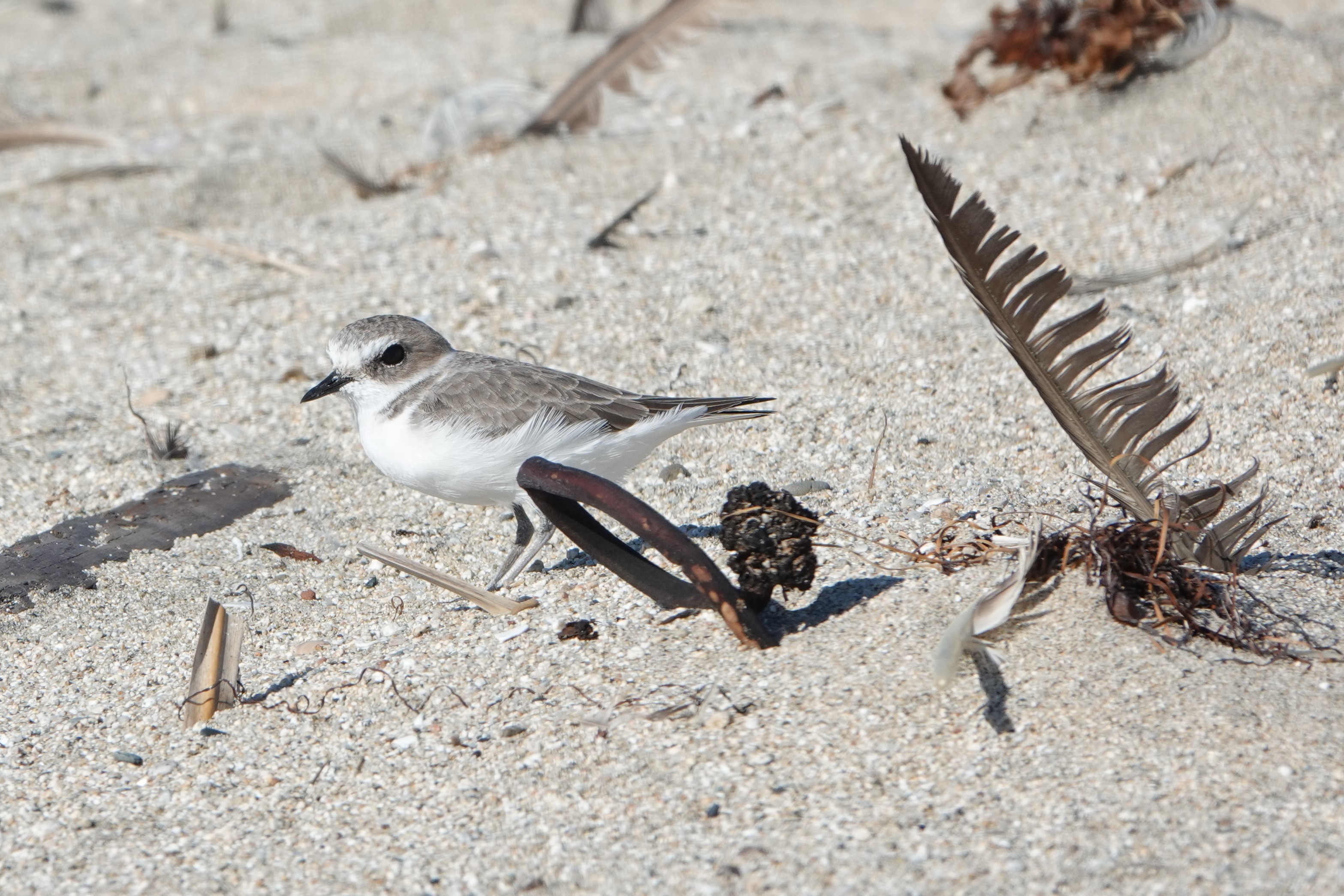 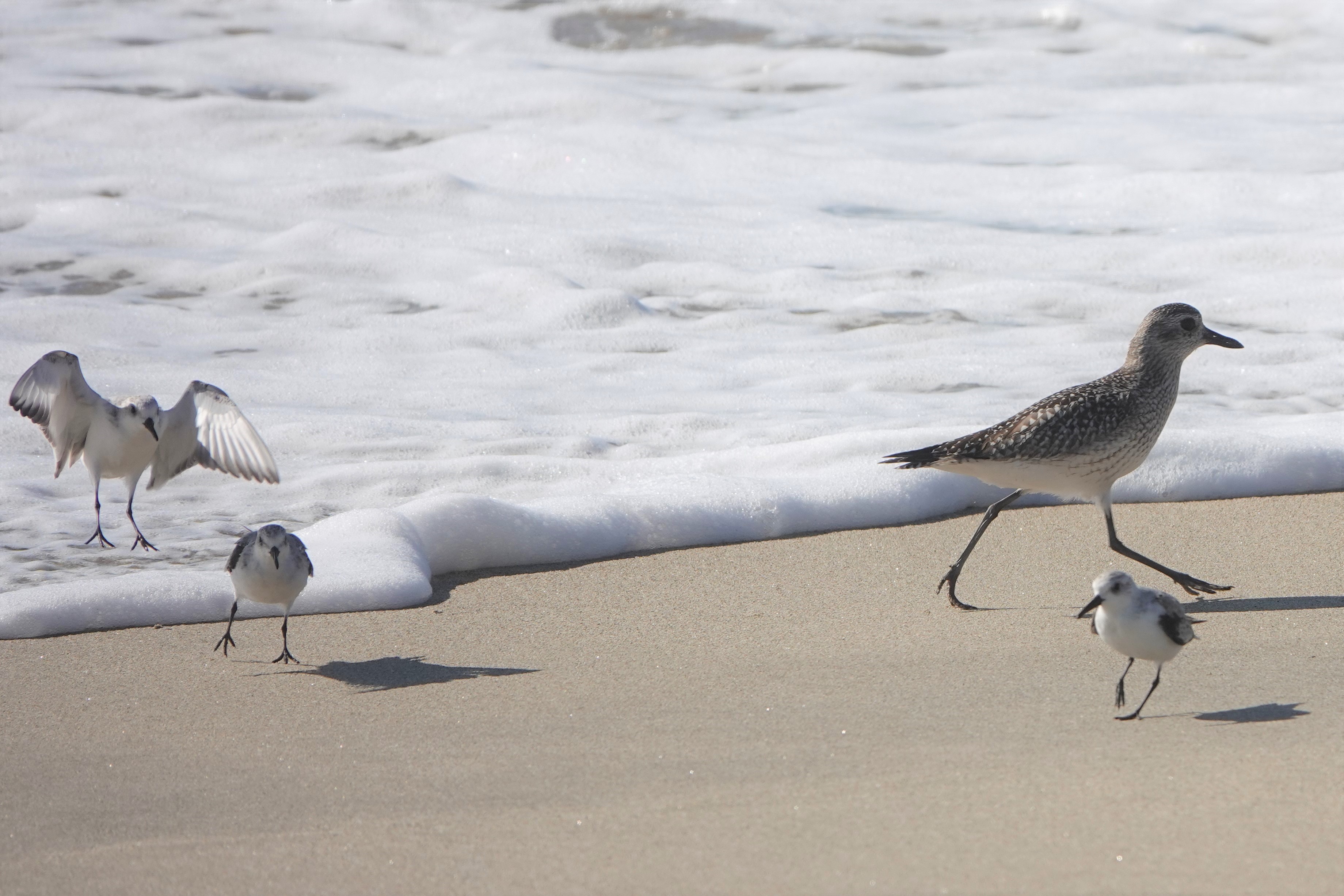 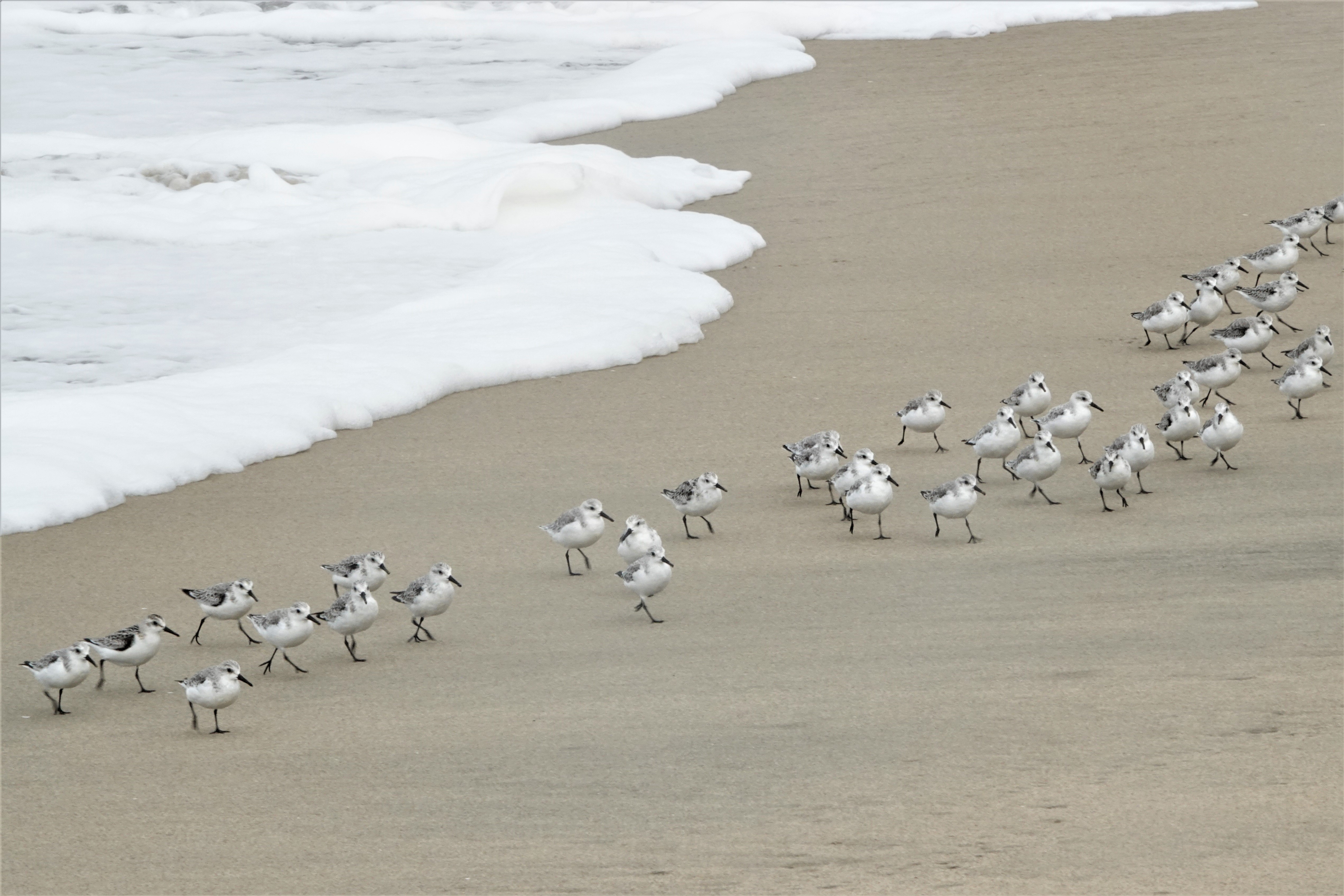 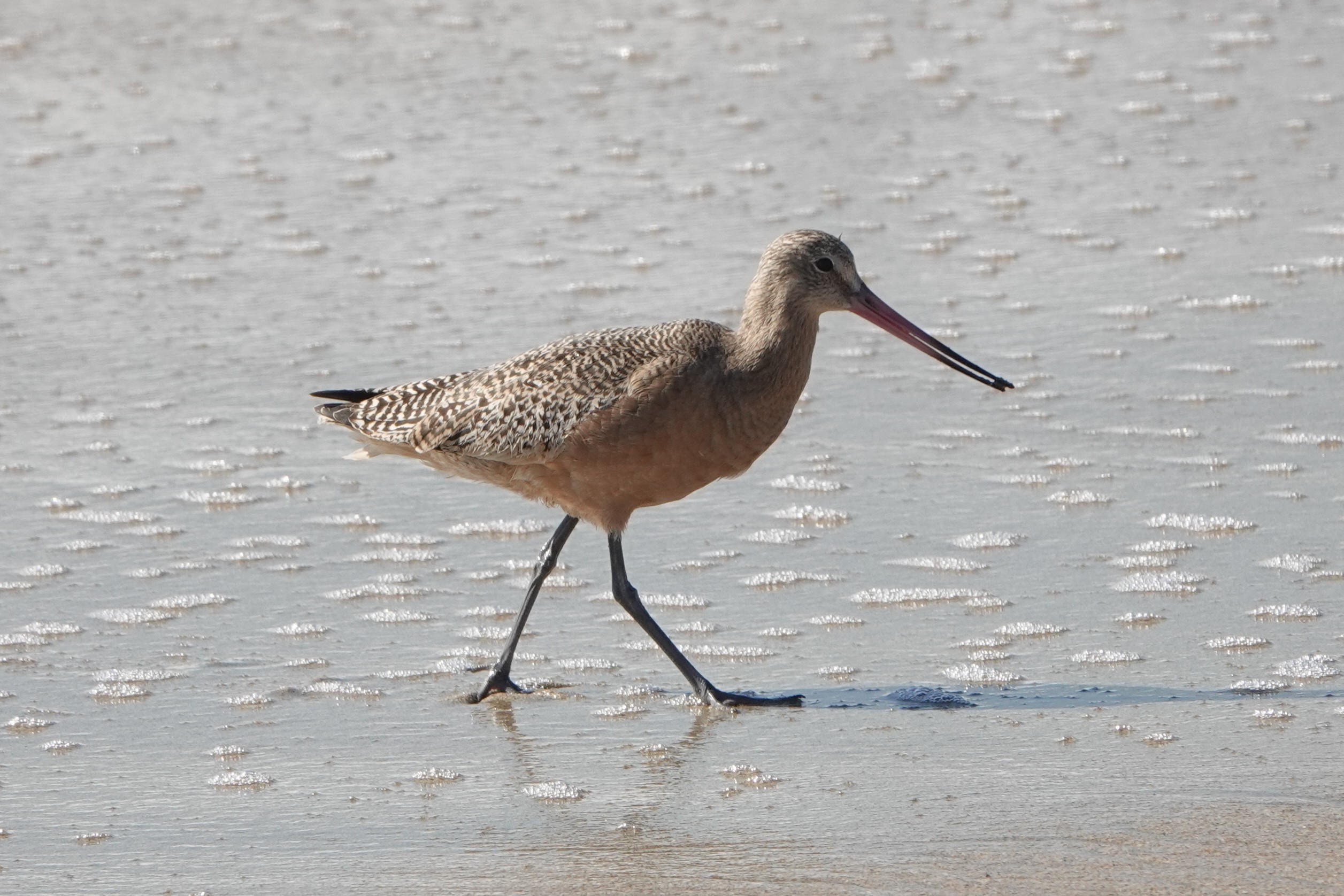