Doug Hayes from Richmond, Virginia, is back with Edition #16 of “The Breakfast Crew”. Doug’s captions and IDs are indented, and you can enlarge the photos by clicking on them. Thanks to all the readers who send in photos!

The 16th installment of the Breakfast Crew!  Things were quiet around the feeders for the past couple of months. With the end of summer and the arrival of fall, there was plenty of food in the wooded areas surrounding the Forest Hill (Richmond, Virginia) neighborhood.  Now with the weather getting cooler and food scarcer, the regulars have returned to the feeders. Sparrows, cardinals, house finches and robins are the most numerous birds, but Red-winged blackbirds have been showing up in large numbers for the last few weeks.

Northern cardinal (Cardinalis cardinalis) There are quite a few cardinals that visit the yard. They have nests in trees next door. The males spend much of their time chasing each other as they defend their territory. 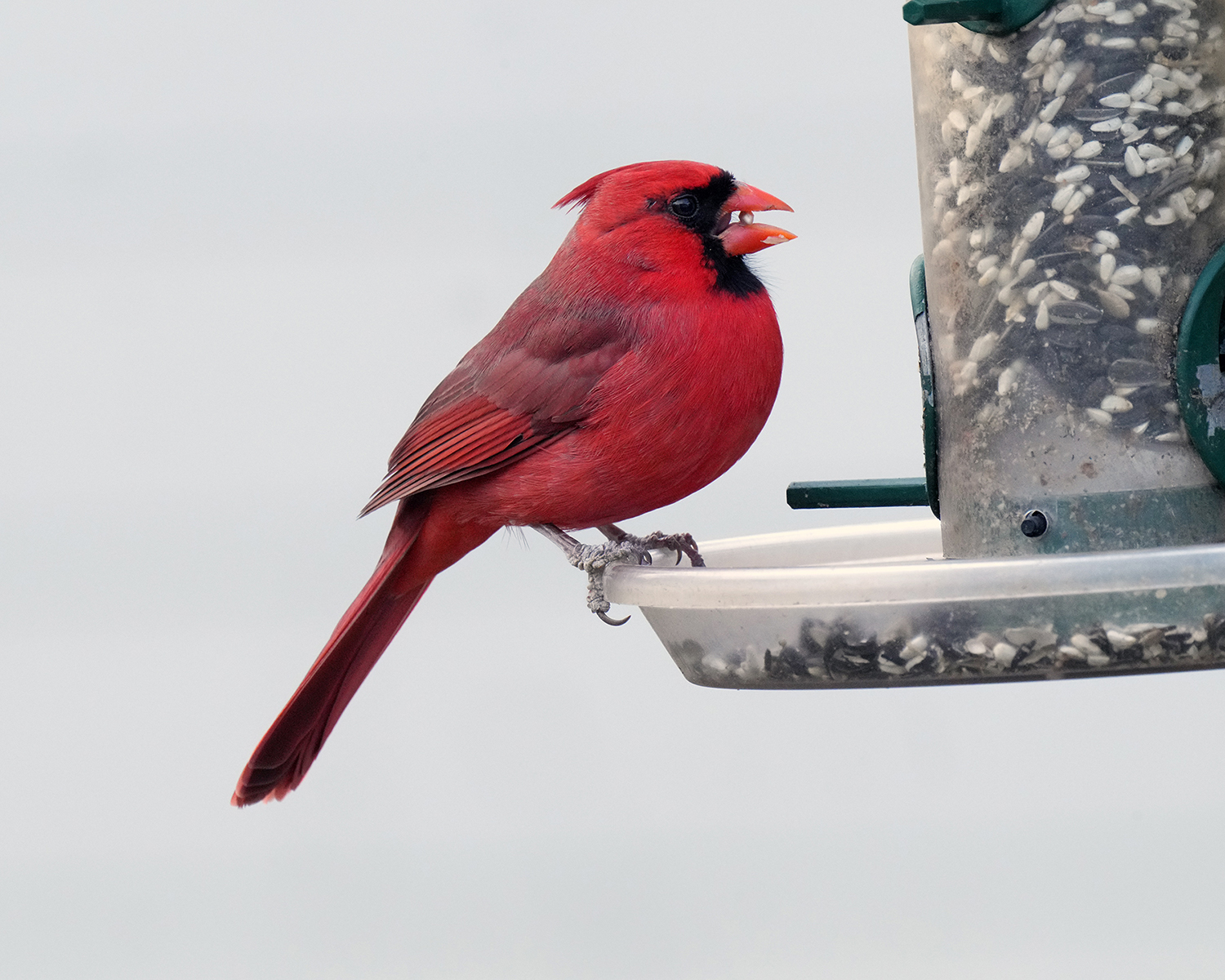 Red-winged blackbirds (Agelaius phoeniceus) usually stay in the marshy areas, sometimes turning up in the neighborhood during rainy weather. For the past few weeks, entire flocks have been showing up at the feeders even though the weather is fairly mild and dry. The flock seems to consist mostly of females and immature/non-breeding males with a few mature males in the group. 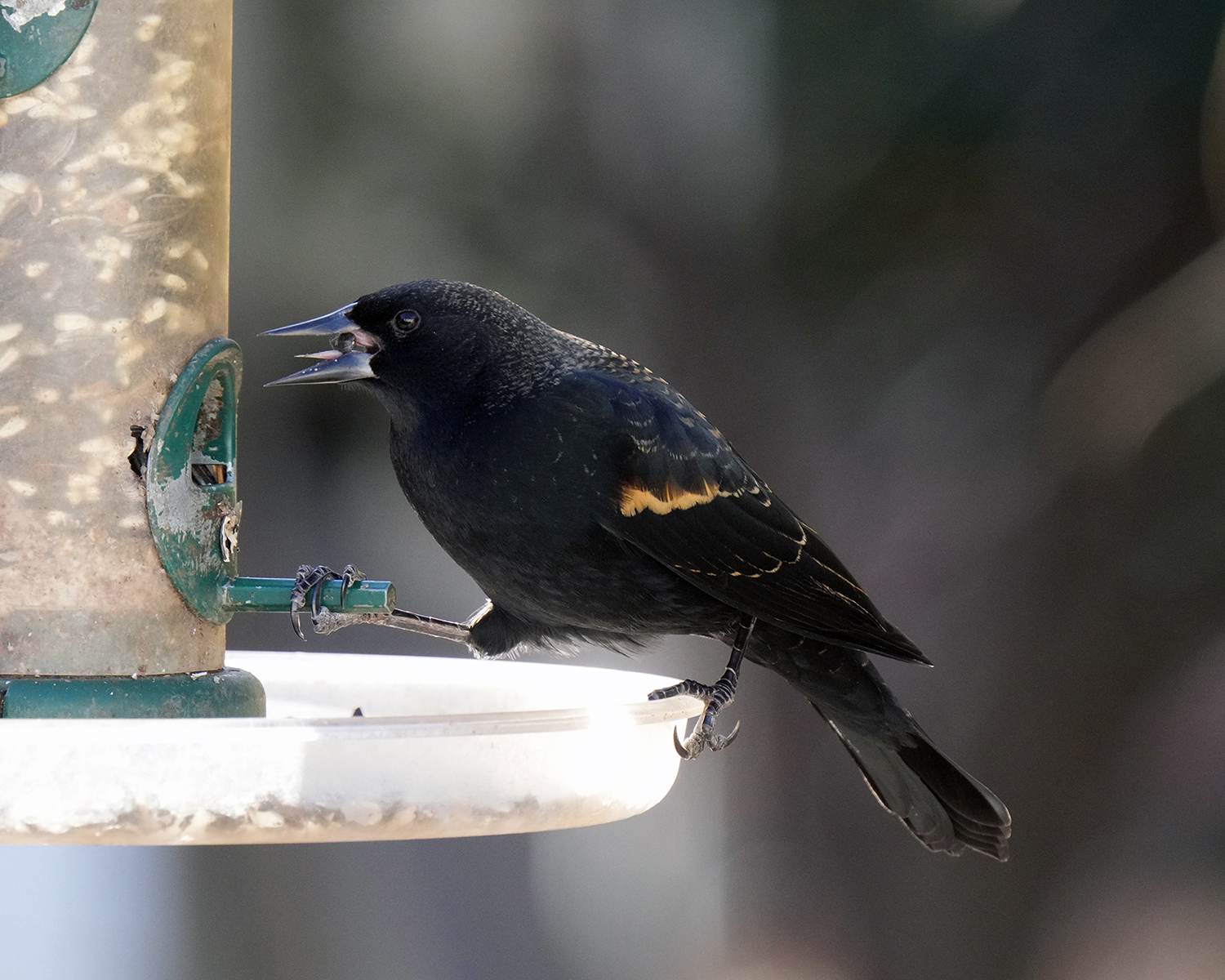 White-breasted nuthatch (Sitta carolinensis). These little guys are hit and run feeders. They rarely stay at the feeder longer than is necessary to snag a seed or peanut and fly off into the trees to enjoy their feast. 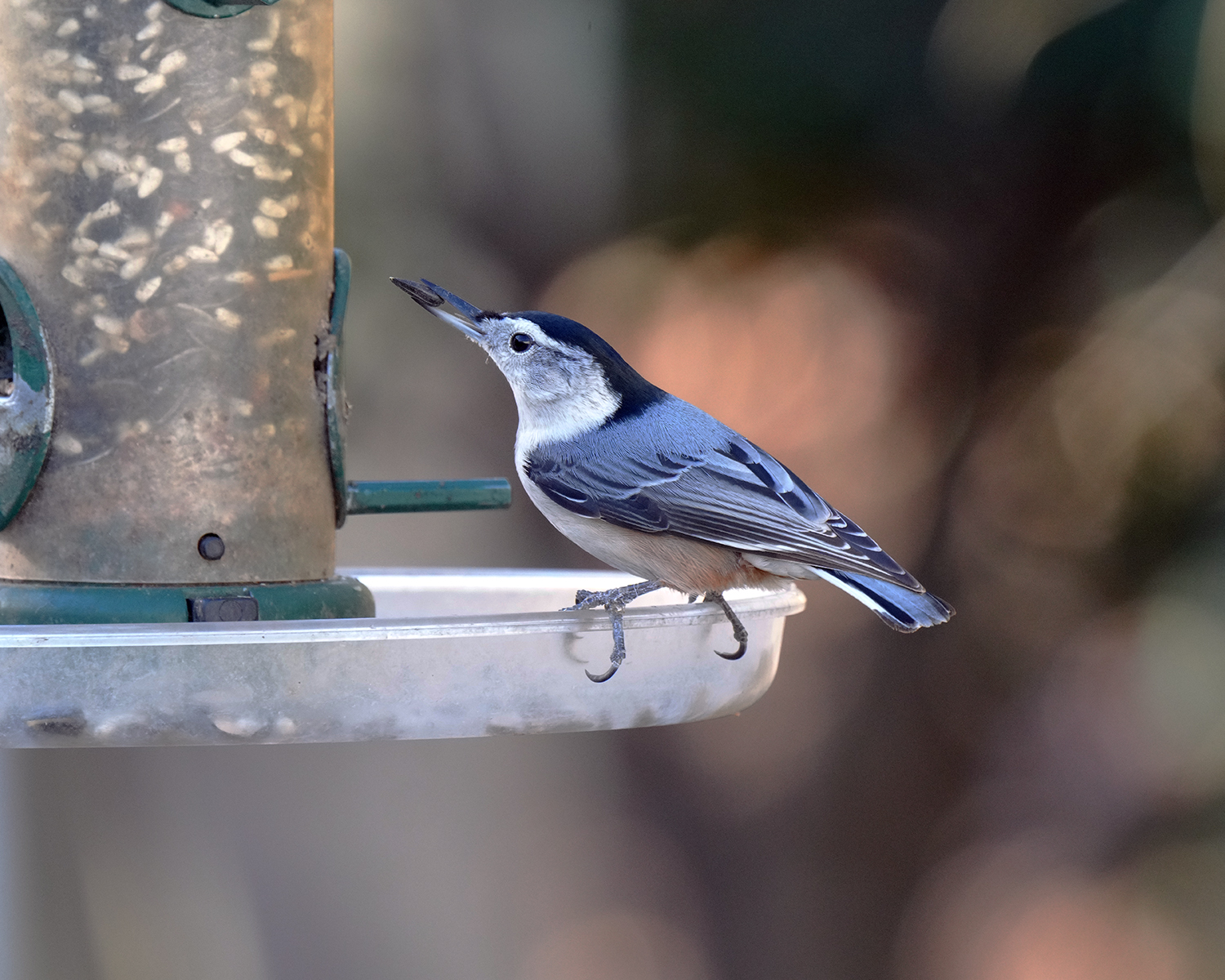 American Robin (Turdus migratorius). This one was hanging out near the fire pit. 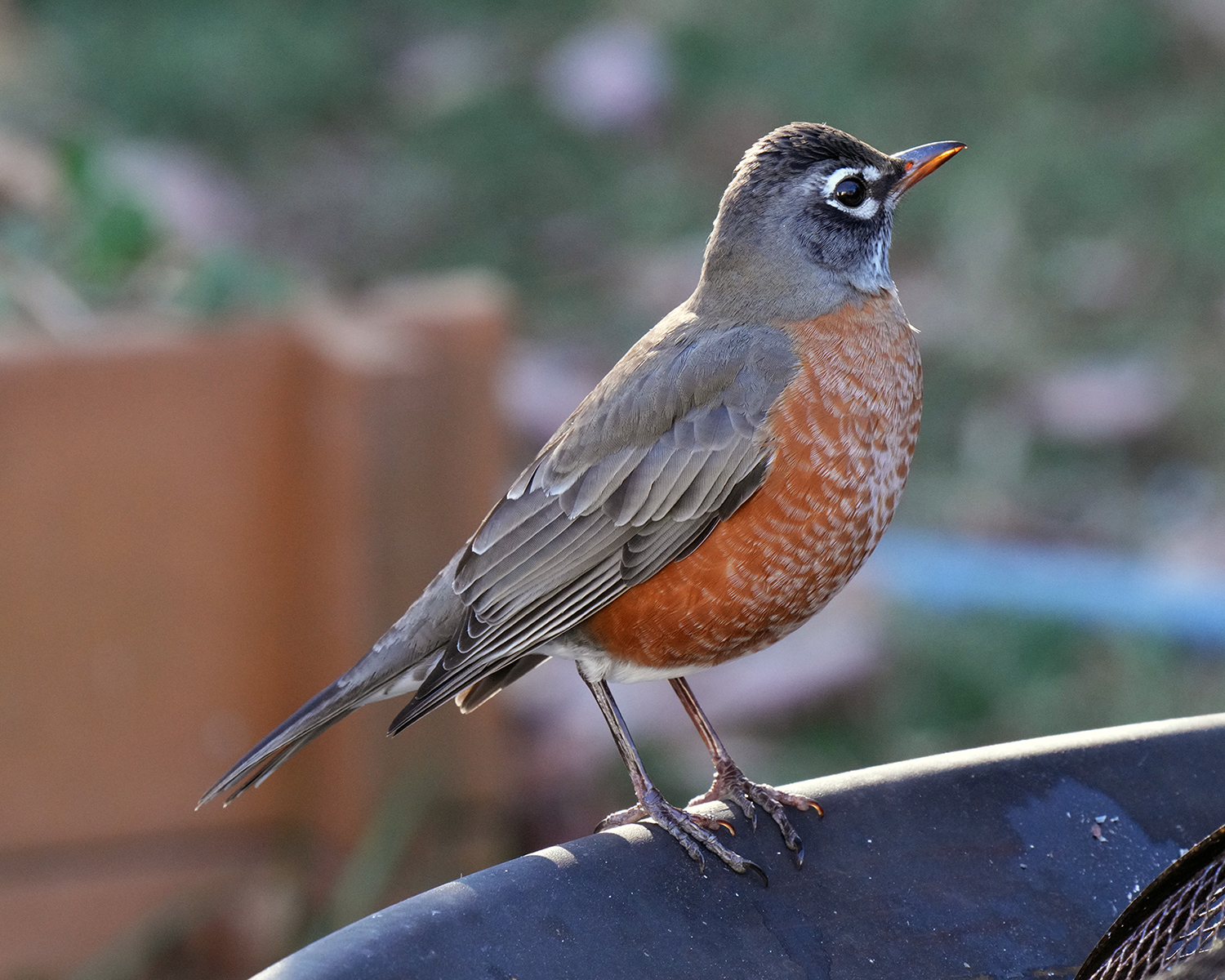 Ruby-crowned Kinglet (Corthylio calendula). These little birds are frequent visitors to the yard. 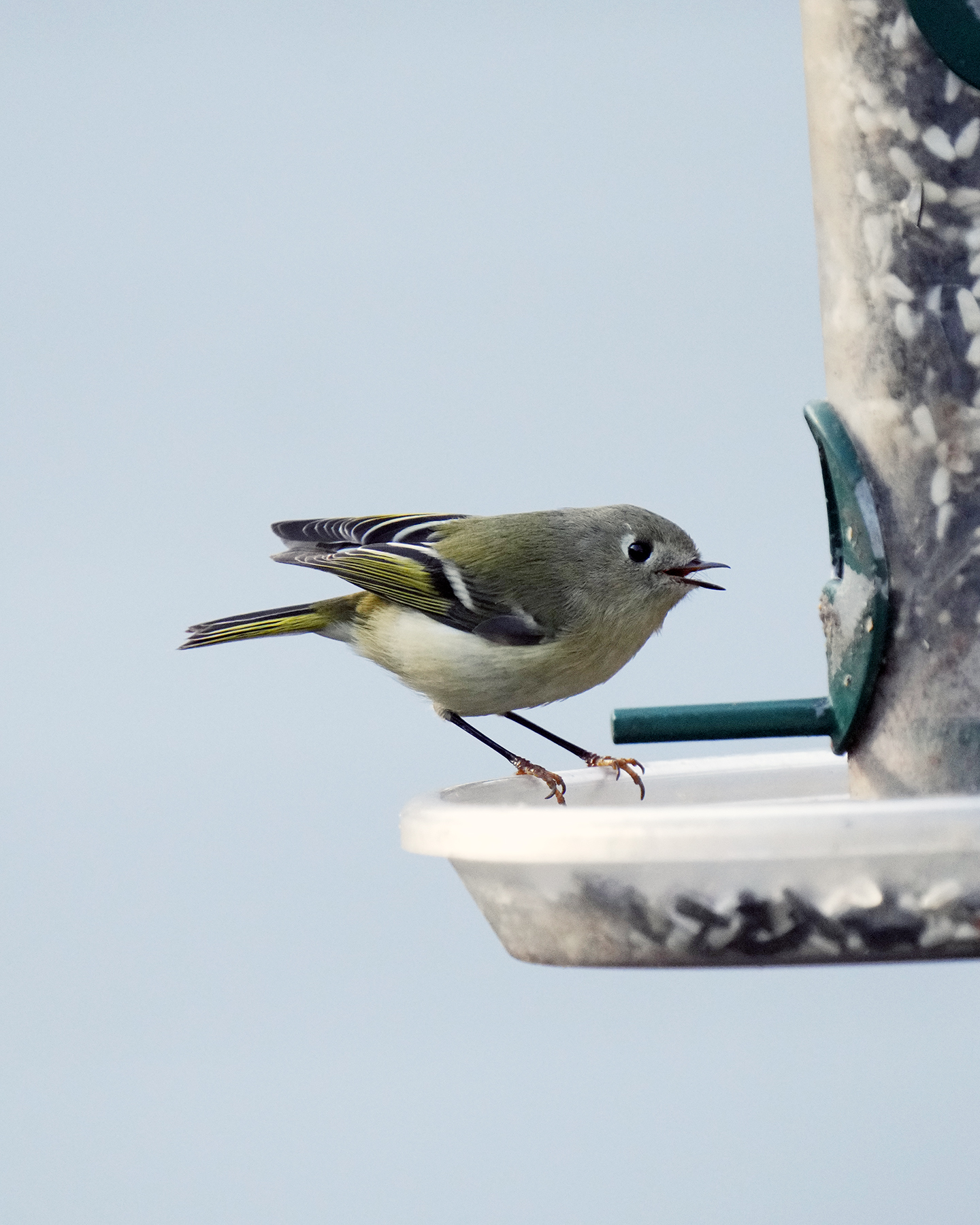 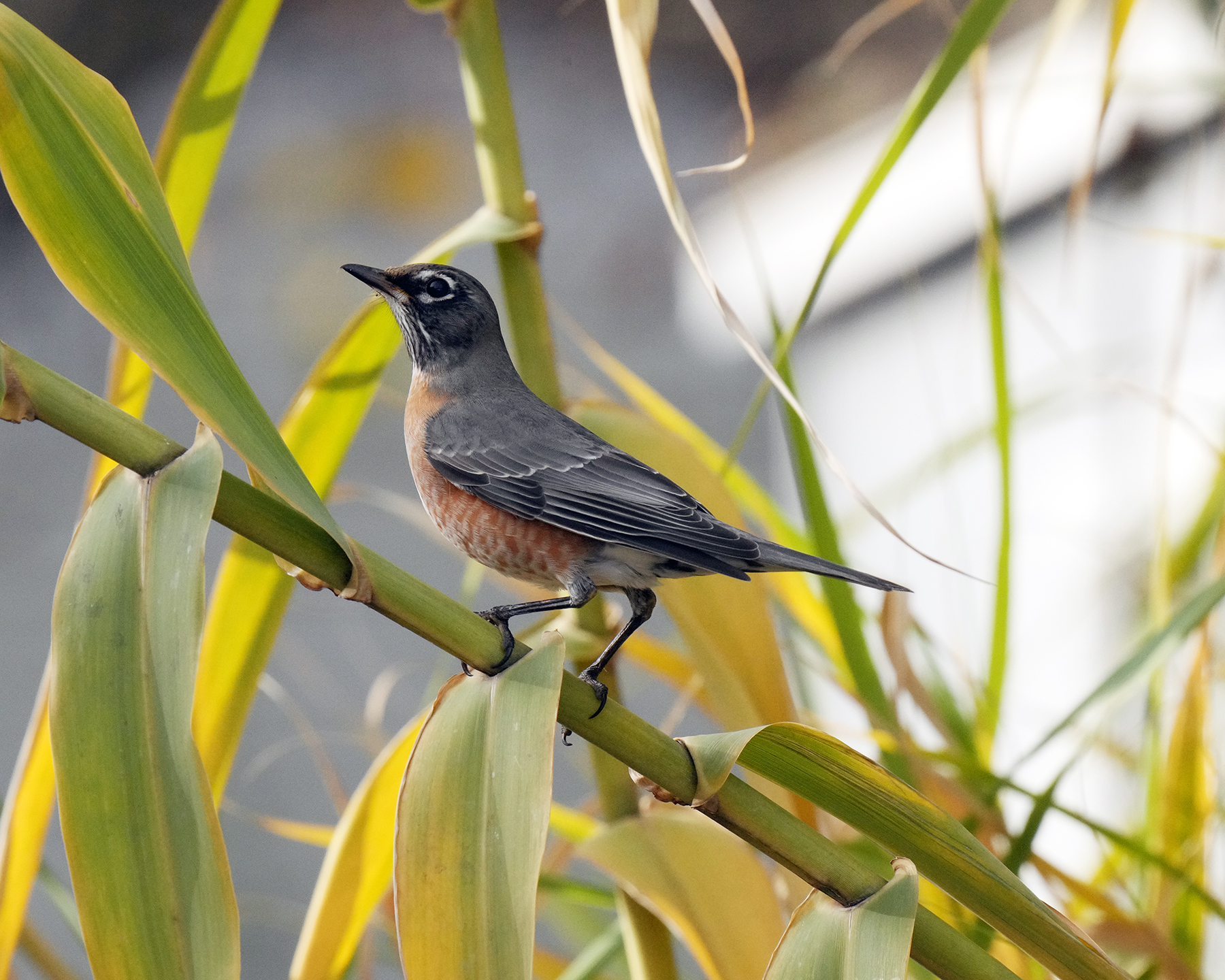 White-throated sparrow (Zonotrichia albicollis) waiting for traffic at the feeders to thin out on a cold morning. 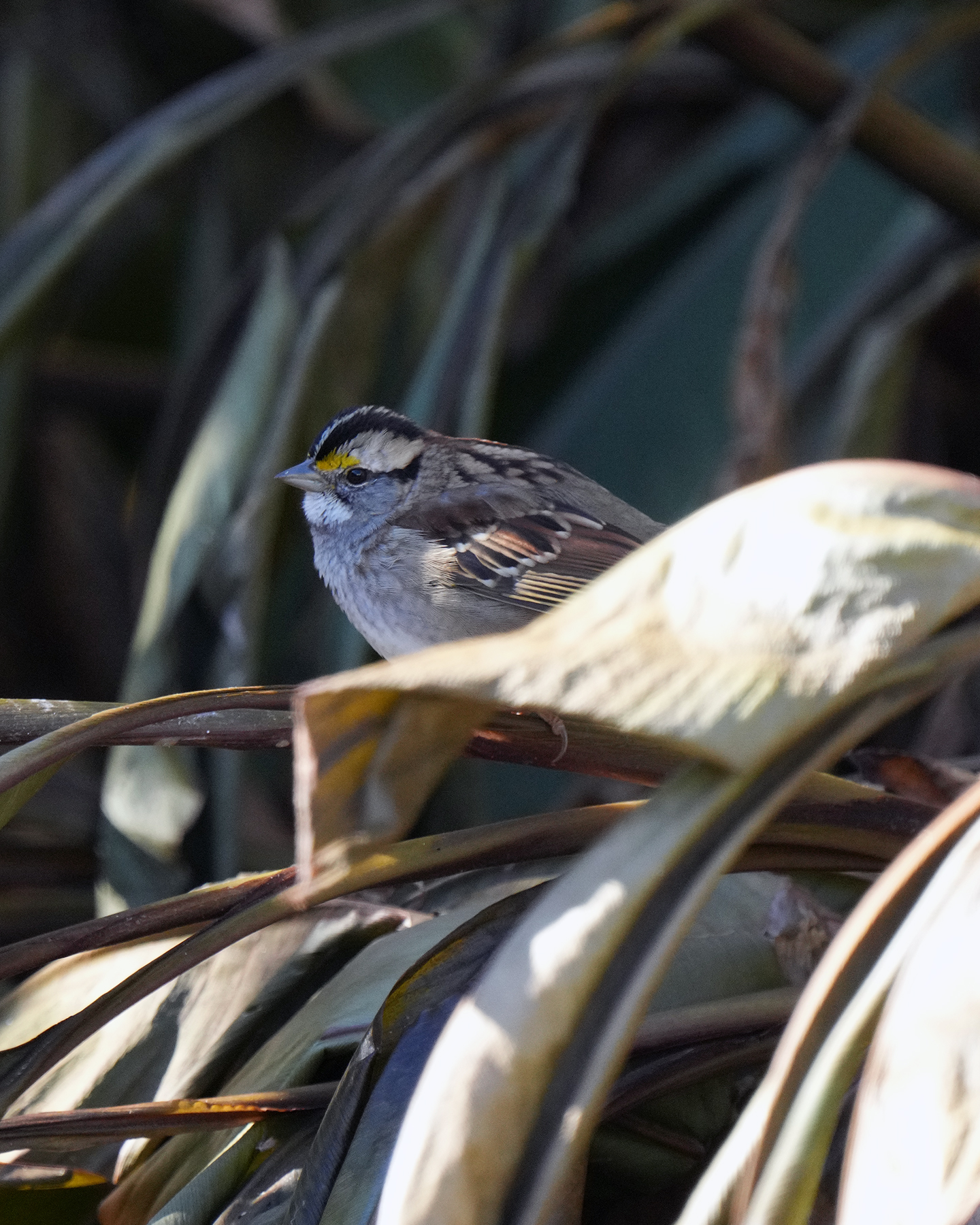 Dark-eyed Junco (Junco hyemalis) I’m just beginning to see these birds in the yard. They are fairly common in the more wooded areas around Forest Hill and Pony Pasture parks. 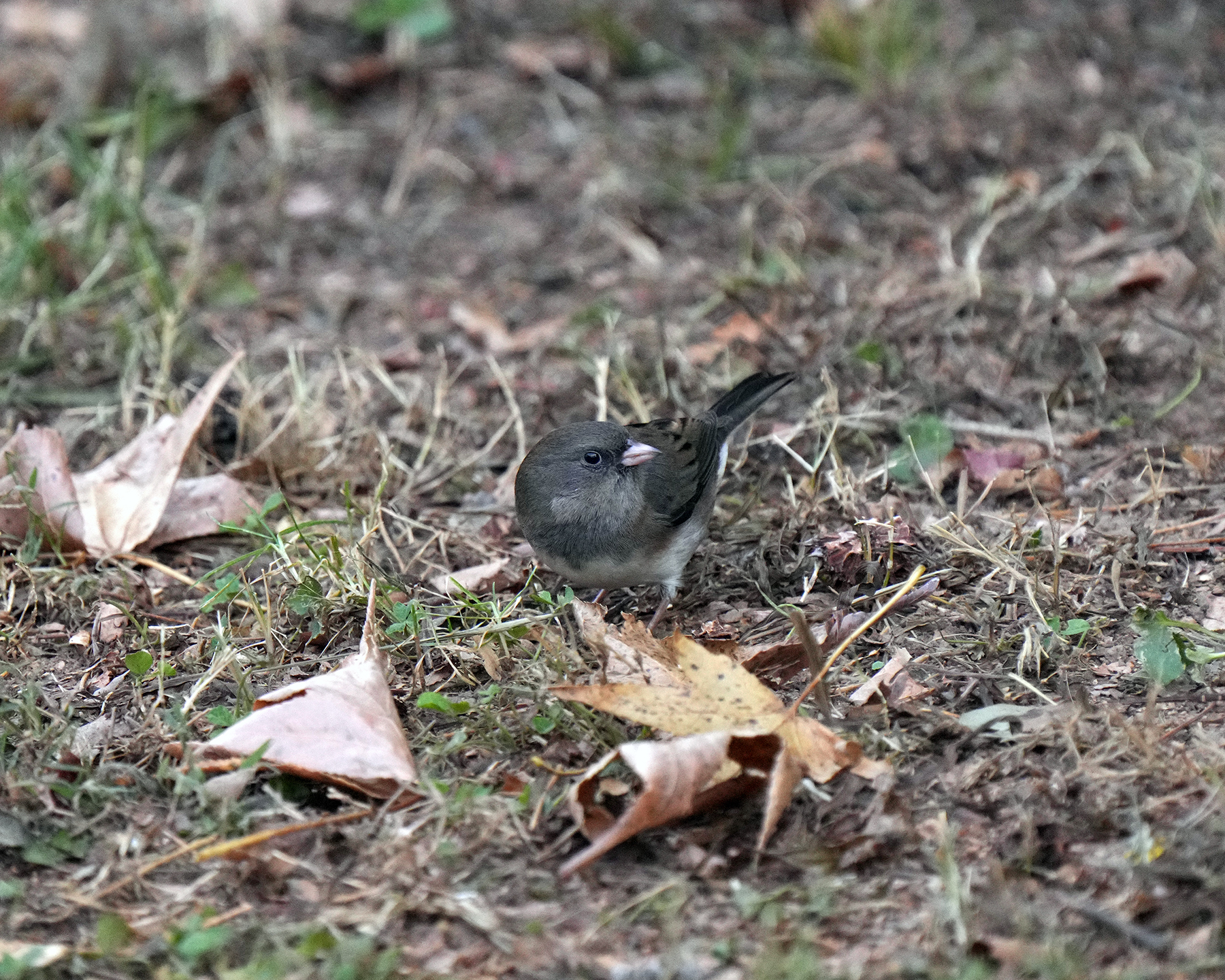 Tufted titmouse (Baeolophus bicolor) Another hit and run feeder. This one has snagged a peanut and is about to fly off with it. 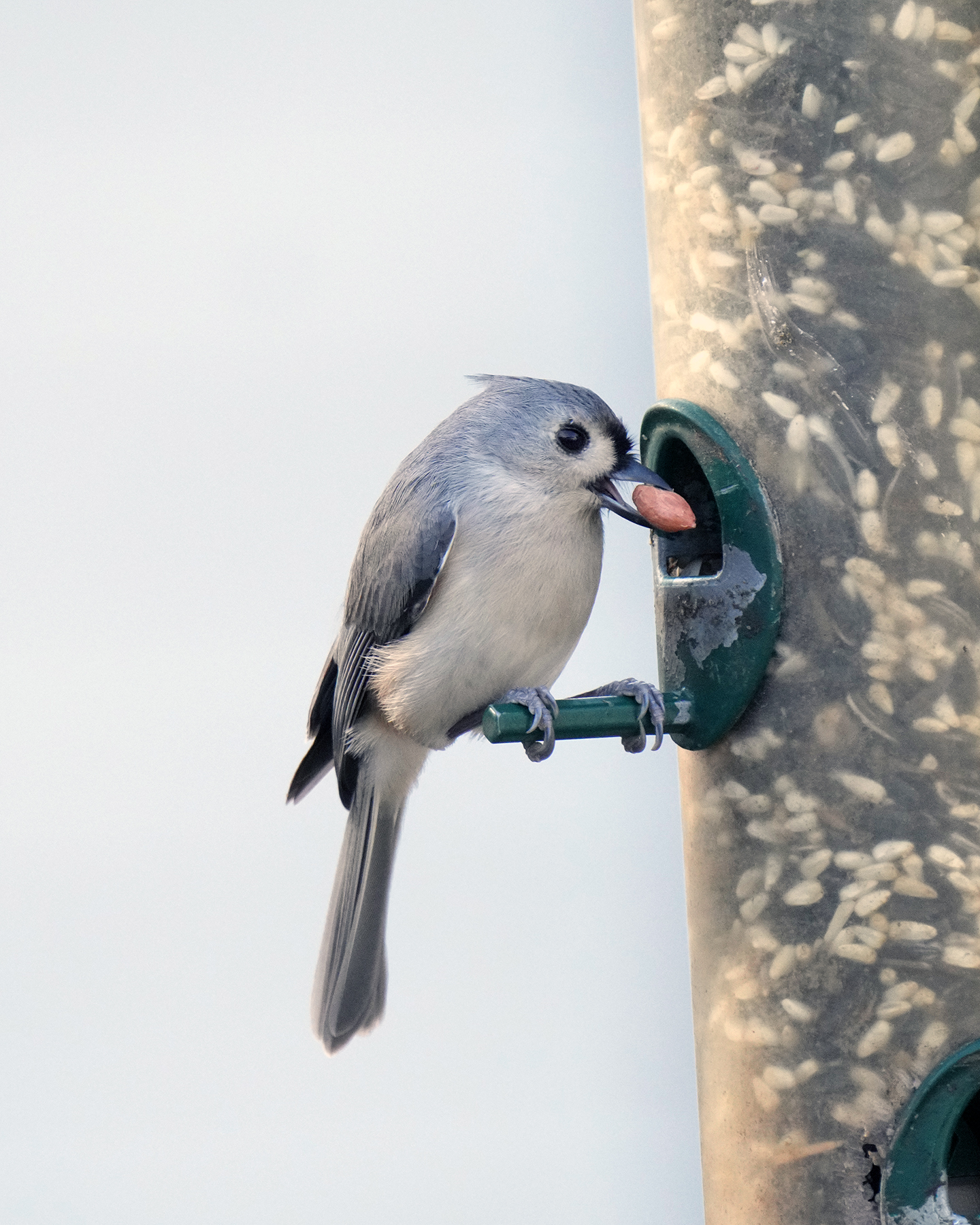 Female red-winged blackbird waiting her turn at the bird bath. 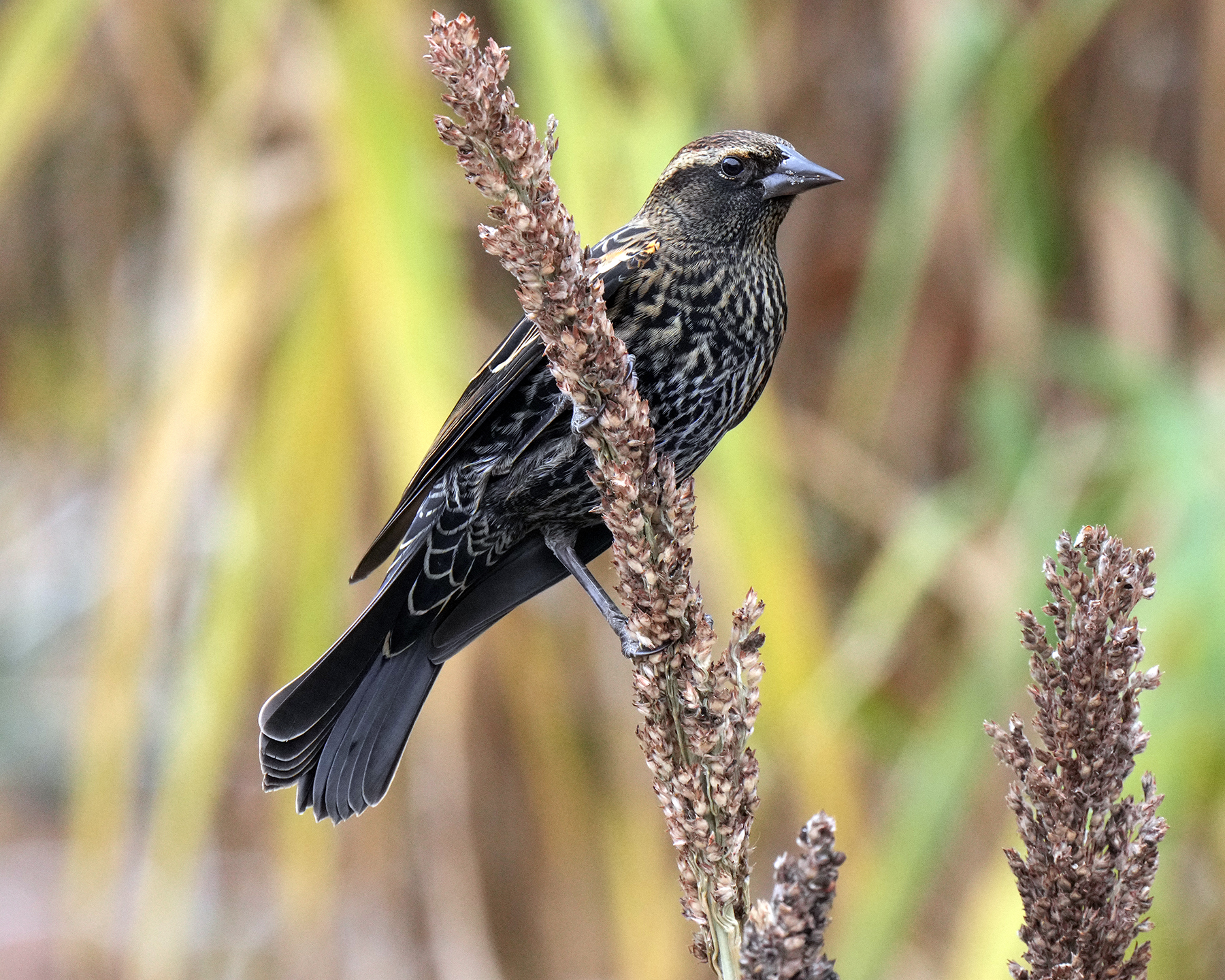 Male and female red-winged blackbirds. Despite the cold, the bird bath seems to be more popular now with the crew than it was during the warmer months. Not as much bathing as taking long drinks from it. The bird bath gets washed and new water added every day. 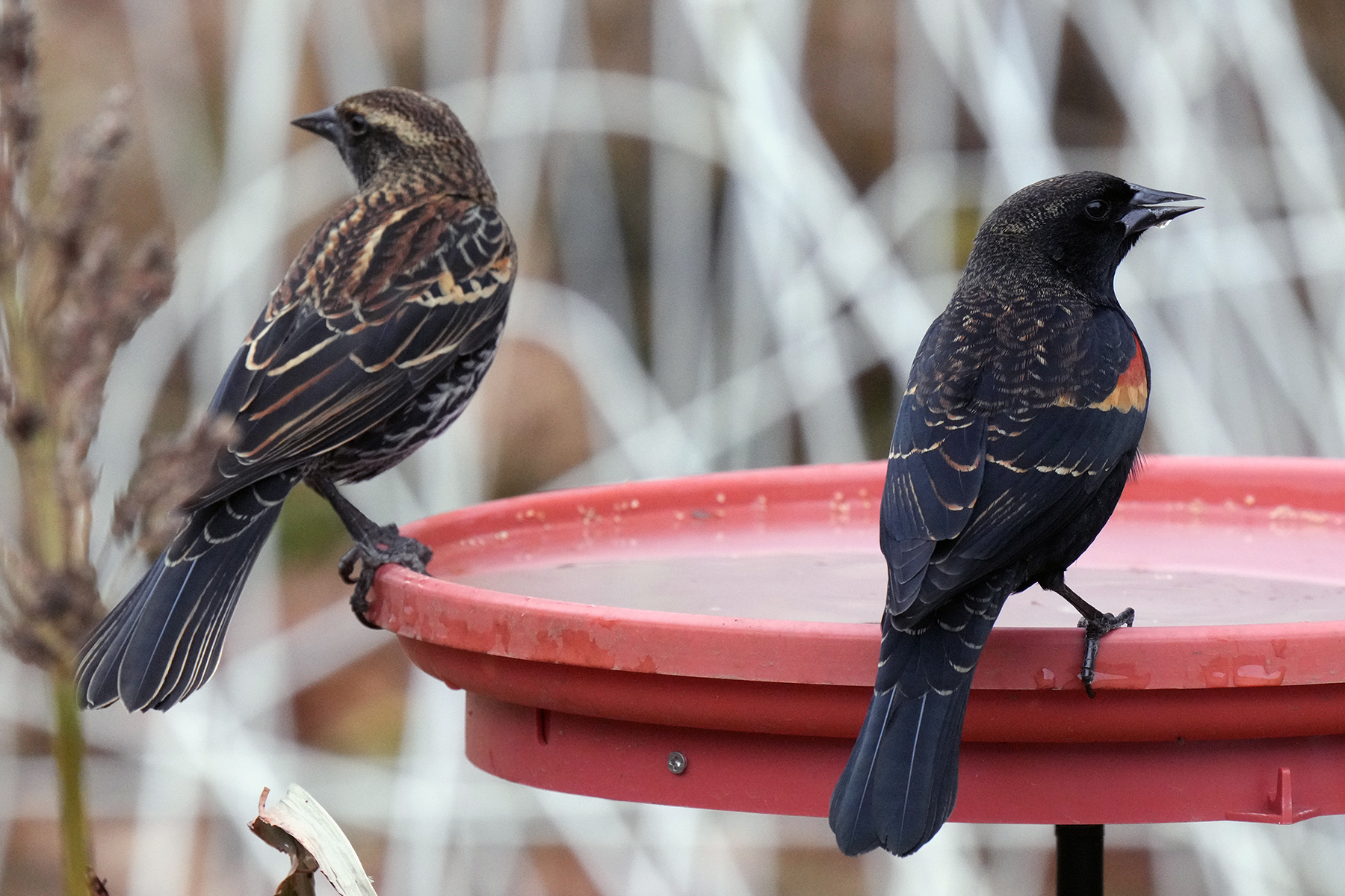 Mourning dove (Zenaida macroura) On an especially cold morning, this dove seems a bit puzzled at its sudden ability to walk on water. 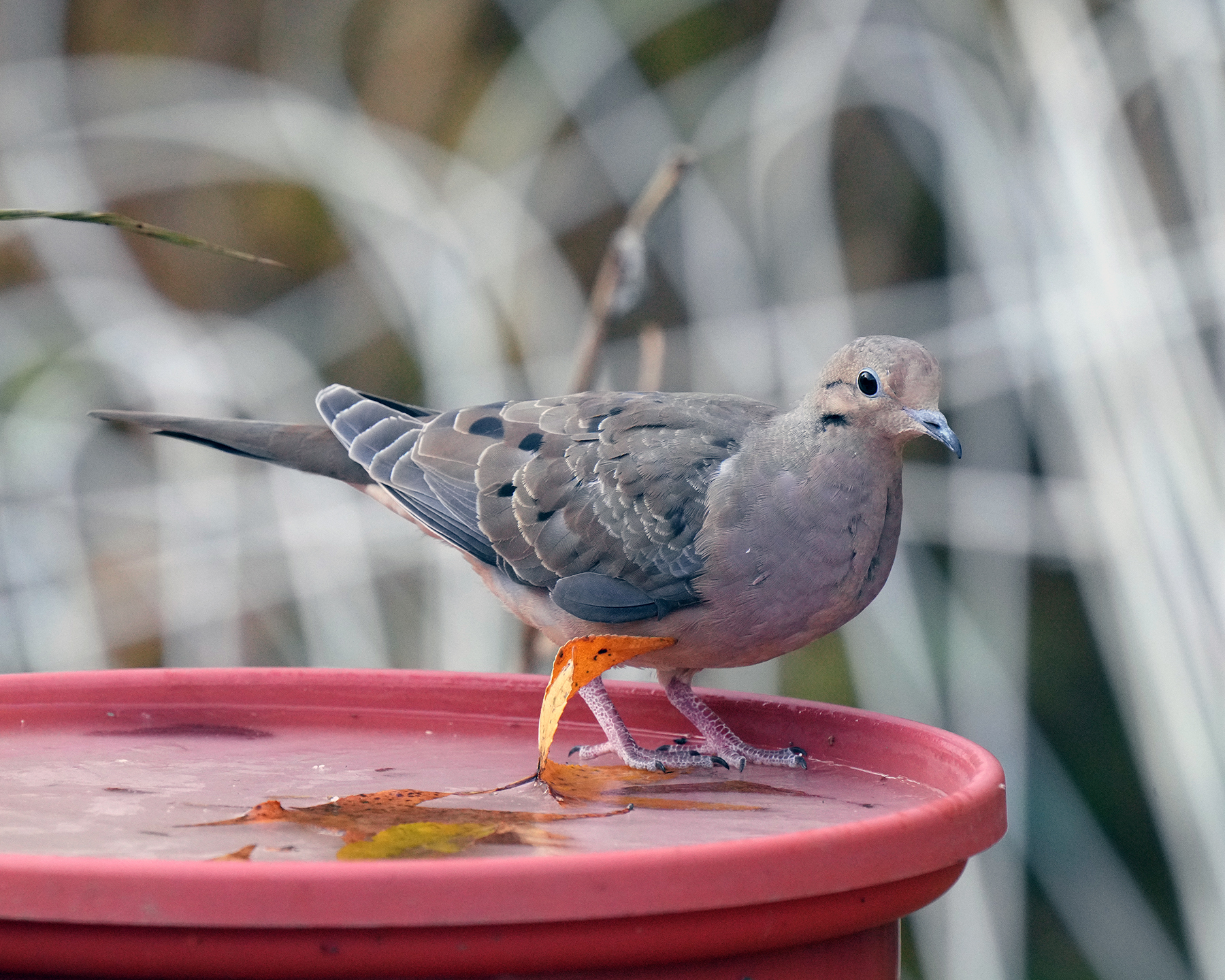 Northern Mockingbird (Mimus polyglottos) Probably the least common bird in the yard, although there is a huge flock of them living in the trees a few blocks away. 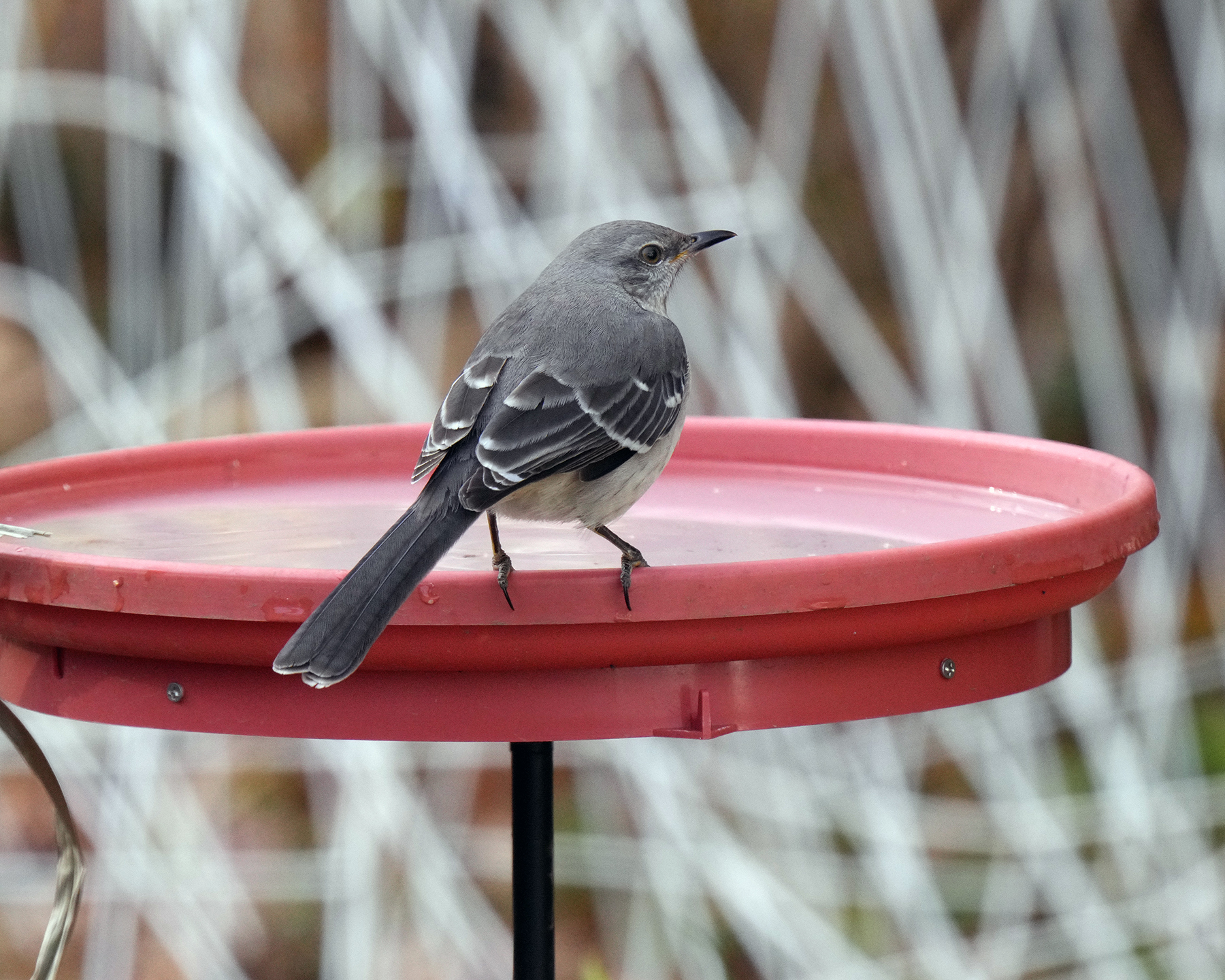 Robins. This is not the biggest group I have seen drinking at the bird bath. 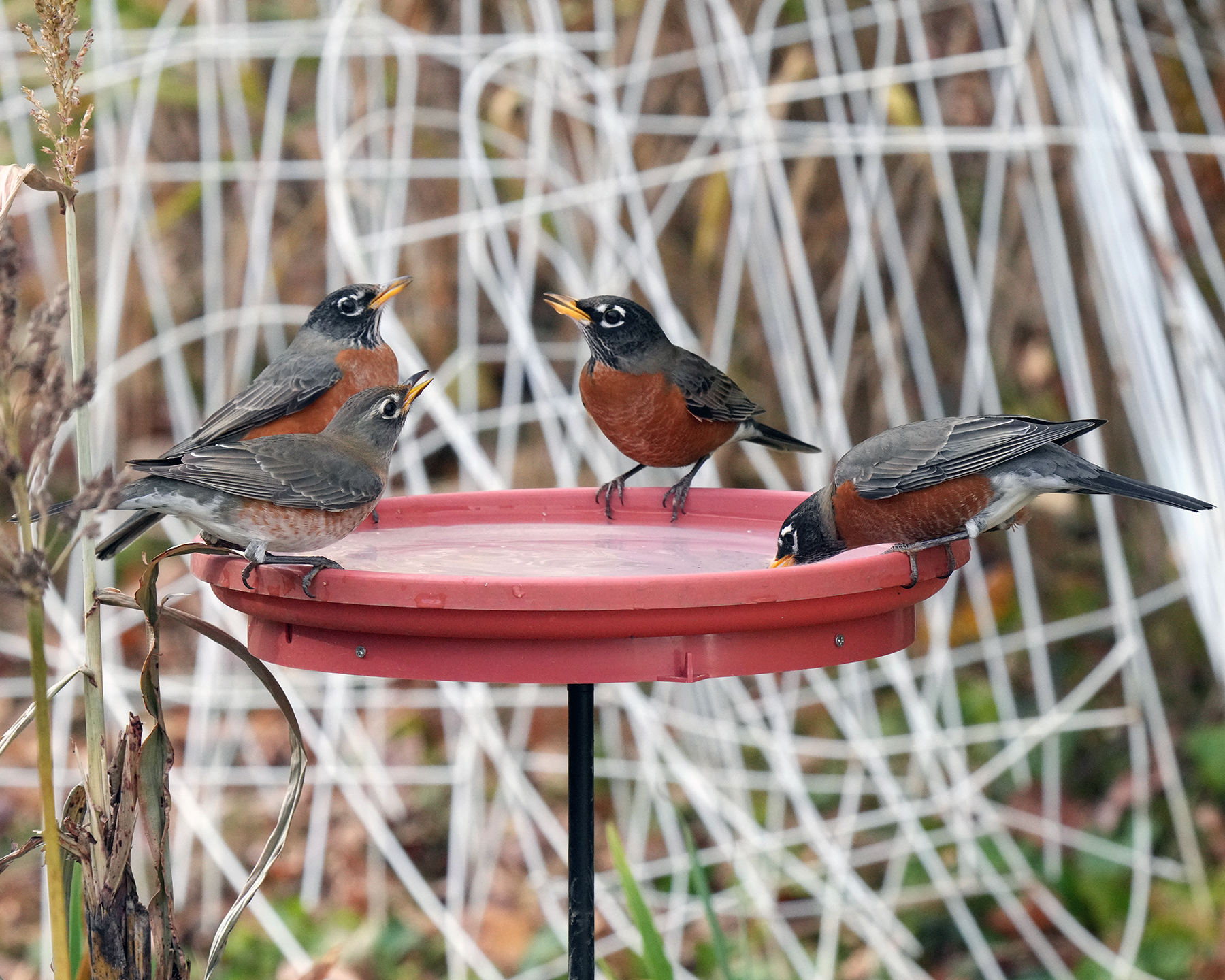 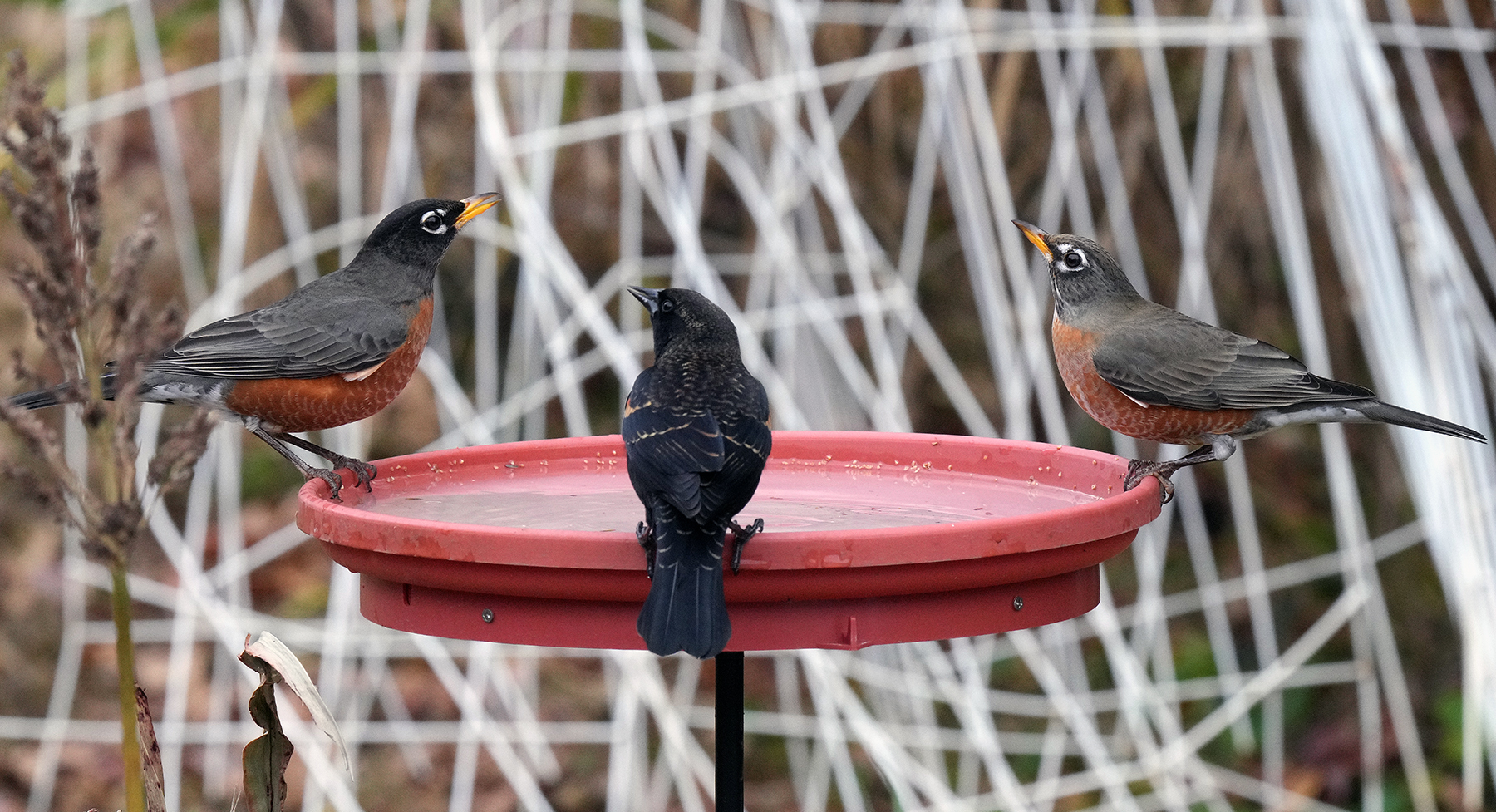 There are the occasional squabbles among the robins though. The blackbird ignores them and continues drinking. 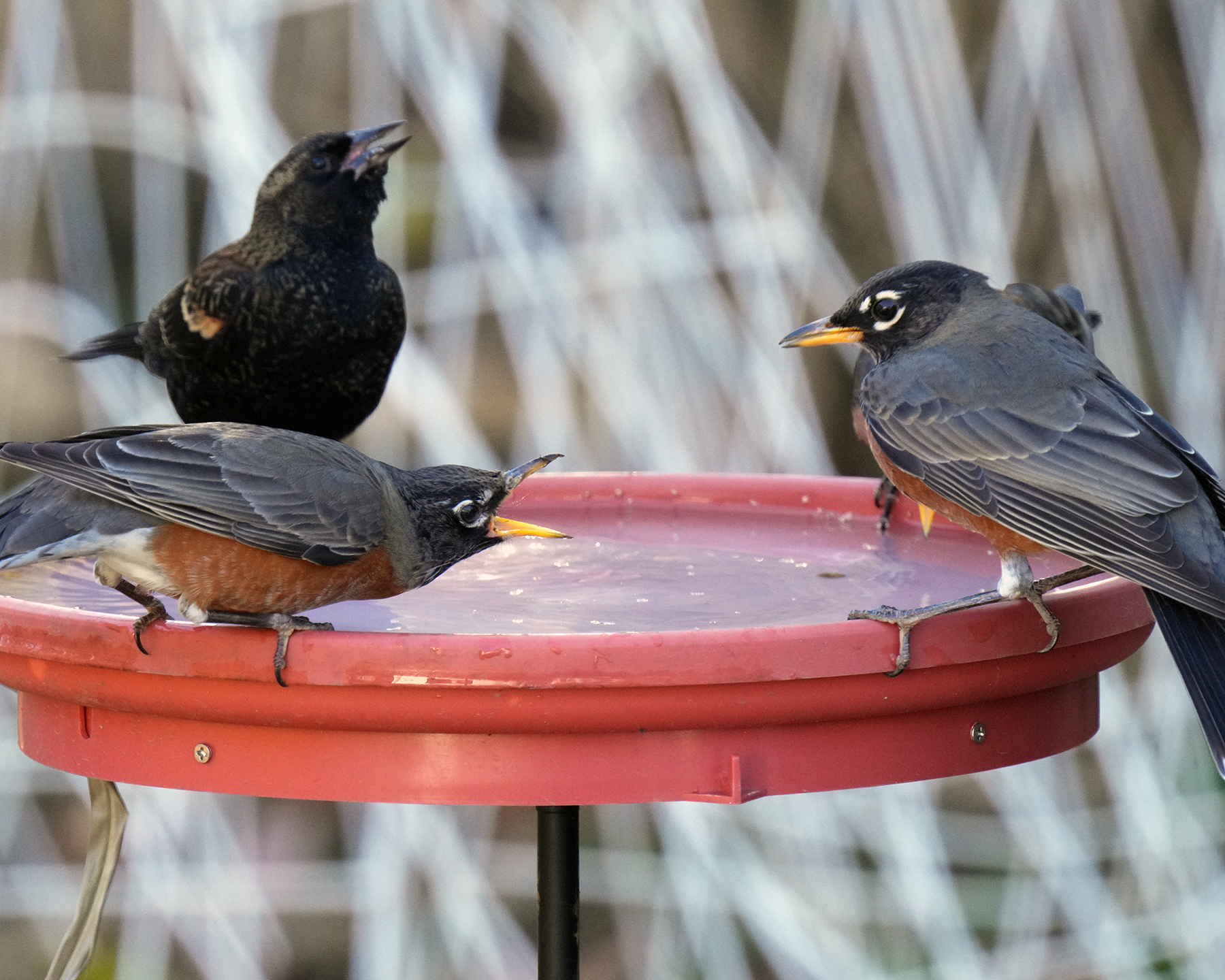