Today the Washington Post put up online a review I wrote a while back on Kathryn Paige Harden‘s new book, The Genetic Lottery: Why DNA Matters for Social Equality. Click on screenshot to read my take, or make a judicious inquiry if you can’t access it.

Harden is a behavioral geneticist and Professor of Psychology at the University of Texas at Austin. You may remember that The New Yorker had a long profile of her a short while ago, and in it was this statement by her grad school mentor Eric Turkheimer:

In Bozeman, Harden seemed anxious that she had not heard from Turkheimer about her book. It took him a long time to get around to reading it, he told me, in part because of the ways their ideas have diverged in recent years, but when he finally did he wrote her an e-mail that said, “I really do think the book is great—in fact I think it will be instantly recognized as the most important book about behavior genetics that has ever been written. You should get ready to be very famous.”

Turkheimer has beefs with some of Harden’s ideas, but I simply had to read a new book about genetics that was likely to make its author very famous. And so I got the book and read it, and the Washington Post asked me to review it. Click below or go for that judicious inquiry. 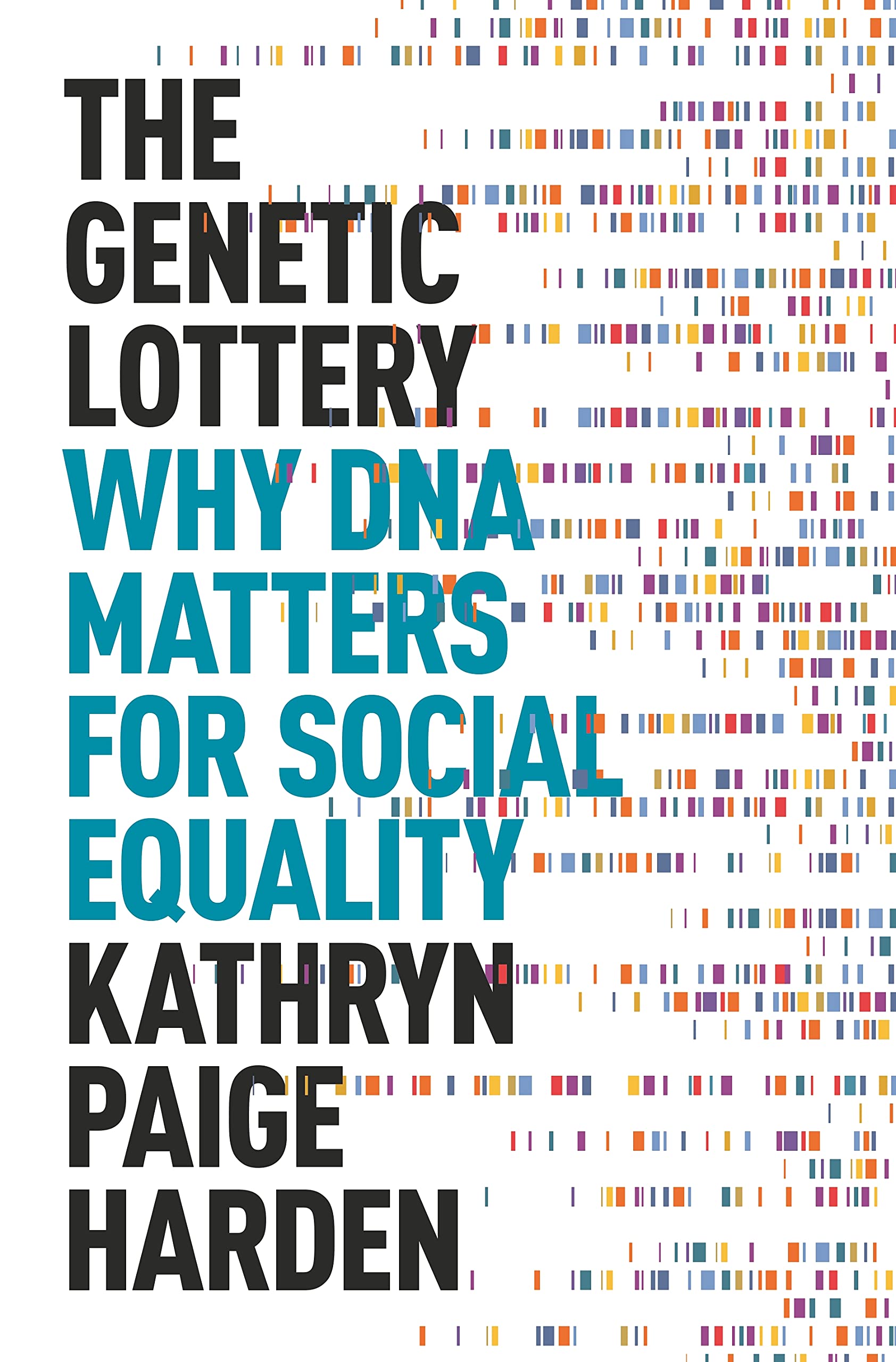 As you see, my review is mixed. Her explanation of genetics and the use of “genome wide association studies” (GWAS)—a way of determining the expected value of a phenotypic trait from sequencing an individual’s genome—is excellent. She’s a good writer. The problem with the book is that she tries very hard, despite being somewhat of a genetic determinist who sees most human variation as having a sizable component of genetic underpinning, to appeal to the Progressive Left. For Harden is “woke”, as they say, and she’s aware that the other side, conservatives, would love to hear the sizable contribution to the variation of IQ of attributable to variation in people’s genes (it’s about 40-60%). There are large contributions of genetic variation to many other human traits as well.  But Harden carefully explains, correctly, that genetics is not destiny and that even a high genetic component to variation of a trait doesn’t mean that this variation can’t be flattened or equalized (I use myopia and glasses as an example).

But she’s still left with the problem of reconciling genetic inequality with societal equity—in particular how to treat children in school whose variation in academic achievement has a sizable genetic component. And here, in the prescriptive part of the book, she comes a cropper. She offers no plausible solutions about how one can actually use GWAS scores (I explain them in my review) to level the playing field for low achieving students, including minorities like blacks and Hispanics. (She doesn’t favor “tracking” students as she thinks that only perpetuates inequality.) My own conclusion is that, at present, we have no way of connecting GWAS scores to ways of improving education. It’s even worse because we know the genetic contributors of academic achievement only in European populations, and they could differ, as Harden emphasizes, in other populations. My conclusion:

I happen to share much of Harden’s ideology, and I wish her well. As I noted earlier, both the right and the left will find much to object to in this book. The resulting fracas might have been useful had she achieved what she set out to do — establish the fact of genetic unfairness and develop prescriptions to overcome it — yet she does not deliver on her second goal. Harden’s book is a thought-provoking read but in the end demonstrates only the incredible difficulty of using empirical data, both genetic and environmental, to level the educational playing field.

I want to add one thing here that was left out of my review for lack of space. Harden feels that we must rely on genetics to create equality/equity because one’s genetic endowment is a matter of “luck”:—the combination of genes you happen to inherit from your parents.  And Harden claims that she, and many others, feel it’s especially unfair for people to gain advantages simply because they’ve been genetically “lucky”. The implication is that there are things beyond “luck”, like an individual’s dedication and labor, that are a matter of “choice.”

This I find bogus, because, as a determinist, the “luck of your genes” is just as determined as “the luck of your environment” that also helps you achieve. Having the right for high IQ is “luck” in one sense, in that it’s not predictable, but so is the environment you’re born in and experience, which you also don’t choose. Harden actually recognizes this problem (p. 200):

And, in fact, that’s the way it is. Harden has punted here. It doesn’t matter if you believe in “compatibilist” free will, because the philosophers who do are still determinists (or naturalists). And if you’re a determinist, then genetics is no more important than environment in its reliance on “luck” (i.e., unpredictability). It is just as unfair for someone to succeed because they had a good environment (and not necessarily good genes) than if they had good genes alone. Everything is determined—save the results of fundamental quantum unpredictability—which means that everybody’s fate is always matter of “luck” (unpredictable results of the laws of physics). Therefore, genetic and environmental influences are equally “unfair.” It is a major flaw of the book that Harden fails to take this seriously, but rather avoids it.

That’s all I want to add. The book is worth reading for its lucid genetic explanations, but I don’t think many hard-thinking readers will be convinced of her program to use genetic “inequality” to achieve social justice, though I agree that we need to do way better with schooling. Before you quibble about what I’ve said, though, read my review.