Top of the morning to you on this Tuesday, October 26, 2021: National Pumpkin Day.  Eat pie but don’t drink pumpkin lattes. From IndyStar:

A grande pumpkin spice latte with 2 percent milk and whipped cream is 380 calories, according to Starbucks’ website. This includes 14 grams of fat, 52 gram of carbs and 50 grams of sugar. Not bad, but not great either.

This is a dessert pretending to be coffee. A piece of pumpkin pie with whipped cream is 529 calories, but you aren’t pretending that you’re avoiding dessert when you eat it.

Here I am eating chicken fried steak in Austin in 2005. The portions are not small—this is, after all, Texas. Note the quart Mason jar of sweet tea. A salad lurks behind the jar. 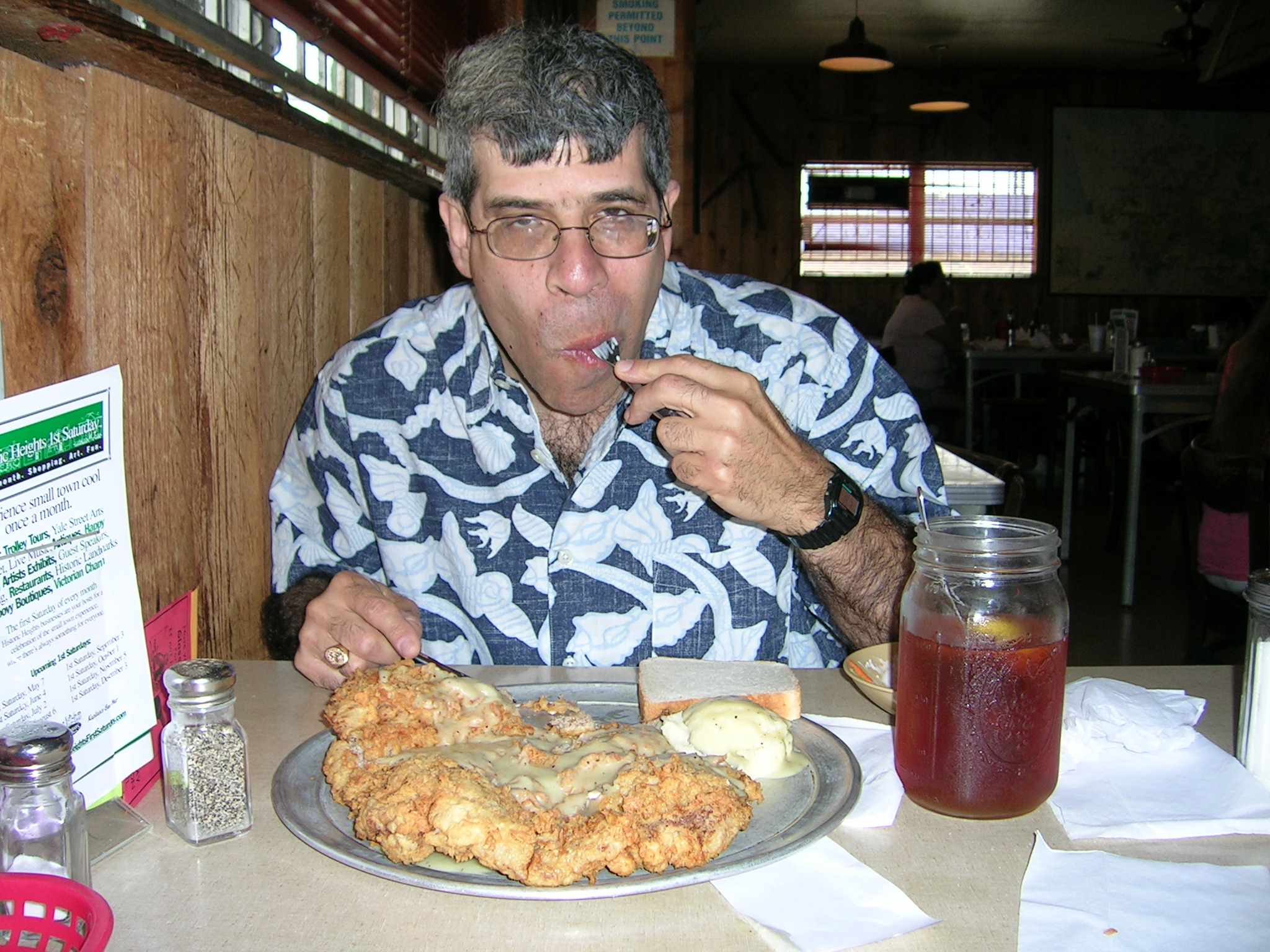 The weather here has been blustery, cold, and rainy, but we also have our moments of sun. Here’s one from yesterday evening, looking downtown from Hyde Park: 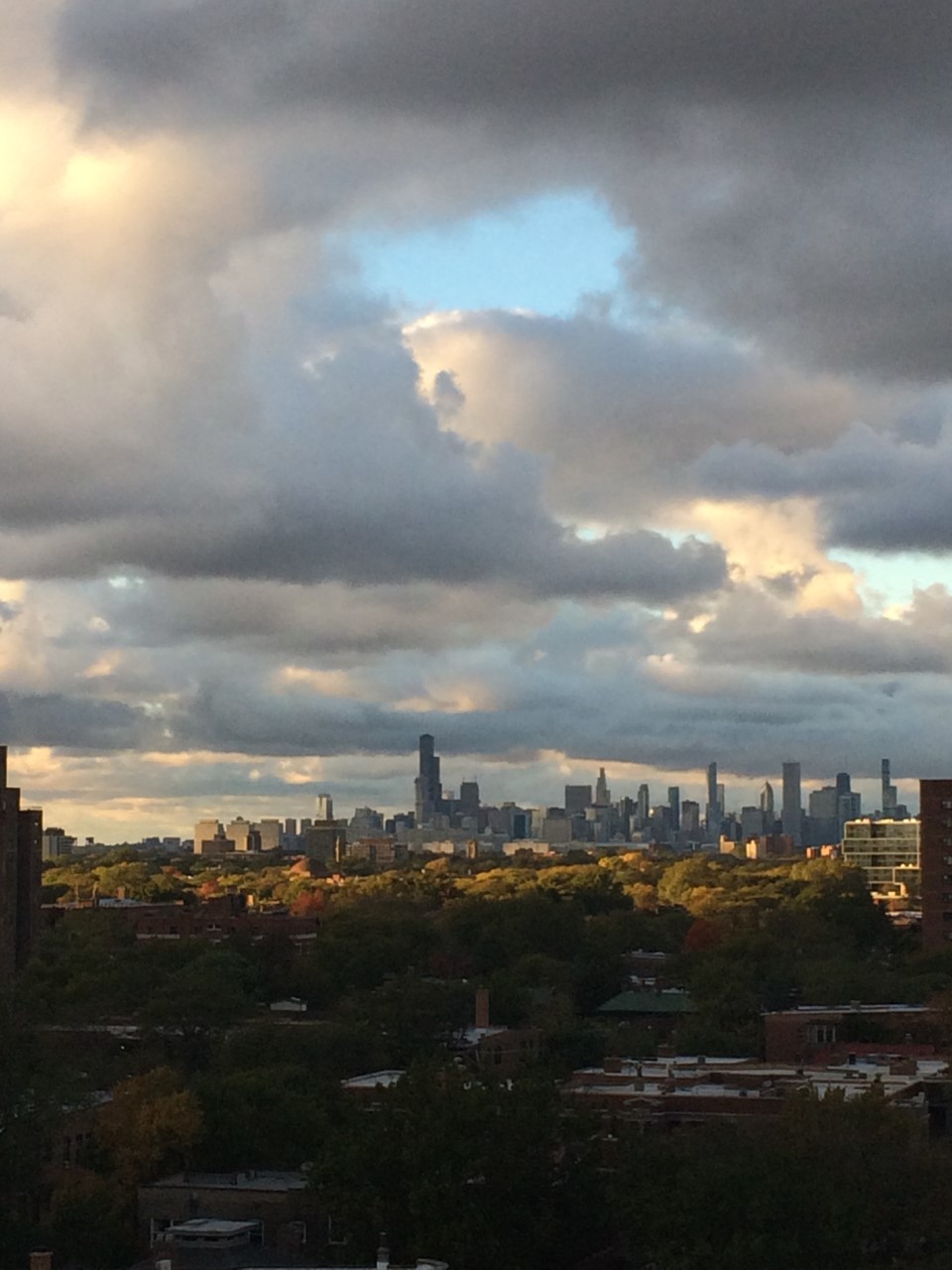 *Yesterday the U.S. Supreme court agreed to hear its first gun case in more than ten years. And it’s a doozy: the court agreed to decide whether New York State can require permits for “concealed carry” outside the home. I wasn’t aware that concealed carry wasn’t regulated everywhere, but it turns out that only eight states (New York, California, Delaware, Hawaii, Maryland, Massachusetts, New Jersey and Rhode Island) have restrictions on the practice, some quite stringent. The Supremes are set to hear the case next fall, but any betting what they’ll rule? CONCEALED CARRY EVERWHERE; NO PERMITS NEEDED!

*Yesterday a coup in the beleaguered country of Sudan overthrew the government, which was in the process of transitioning to democracy from dictatorship and a previous military rule, and once again installed military rule The United States immediately withheld $700 million in aid from Sudan.

*Biden’s $3.5 trillion social safety-net spending bill has been whittled down to about half that now, thanks to two renegade Democratic Senators. Biden is still holding to his plan to finance the bill by taxing only the very wealthy (those earning more than $400,000 per year), but conservative op-ed writer Henry Olsen at the Washington Post says that Biden’s plans, which apparently rely on taxing unrealized capital gains, is “an unworkable and arguably unconstitutional mess that could harm everyone.”

*The late Pablo Escobar, Colombian drug king, collected exotic animals, including illegally imported hippos that he released on his ranch. The orignal four have now multiplied to between 65 and 80 animals, which Colombia says need to be killed or sterilized (sterilization has already begun, but I pity the people who have to do it!) as the animals threaten both people and biodiversity. A suit was filed in a U.S. court to block the killing/sterilization, which I don’t really understand, but a U.S. judge ruled that the “cocaine hippos” were “interested persons” who had legal rights in the U.S. This is a first—giving hippos right as “persons”—and heartens animal-rights advocated in the U.S., but Columbia isn’t at all obliged to follow the rulings of a U.S. court. Some lawyer please explain this!

*As of this morning, here are the results of yesterday’s poll about whether Elizabeth Holmes of ex-Theranos will see jail time for her wire fraud charges. It’s 4 to 1 in favor of jail, but a lot of people have no opinion:

*There’s a groundswell of sentiment from the young urging greater visibility for ducks and other waterfowl. The Onion explains (click on screenshot; h/t Alexis):

Speaking at a morning press conference just before nap time, the nation’s top toddlers implored policymakers to do everything in their power to boost the aquatic birds’ presence. The prominent tots told reporters that increasing the number of ducks in their line of sight would dramatically improve their ability to point and wave at nearby ducks.

“For years, ducks and our ability to view them readily has been crucial to our continued happiness and well-being, and so it follows that we must see more ducks,” said 3-year-old Cody Eads, president of the Toddler Coalition for Increased Duck Visibility, delivering a stirring address to reporters and fellow duck proponents. “We like ducks, and we like looking at ducks. We want to see yellow ducks, green ducks, and brown ducks.”

One caveat: DO NOT ever feed bread to ducks! It’s bad for them! (Yes, I know The Onion is a spoof site.)

Stuff that happened on October 26 includes:

By order of General Piccolomini, Skopje was set on fire, and the conflagration lasted two days (Oct. 26 and 27); great many houses and shops were destroyed, but the worst damage was in the Jewish quarter of the town, where almost all the dwelling-houses, two synagogues and the Jewish school were destroyed.

Yahweh got his revenge.

Here’s a 3.5 minute video telling everything you know about the Continental Congress, though the narrator’s voice is annoying:

Here’s a clip of the gunfight from the 1993 movie “Tombstone”. The YouTube notes:

Wyatt Earp (Kurt Russell) and his brothers, Morgan (Bill Paxton) and Virgil (Sam Elliott), have left their gunslinger ways behind them to settle down and start a business in the town of Tombstone, Ariz. While they aren’t looking to find trouble, trouble soon finds them when they become targets of the ruthless Cowboy gang. Now, together with Wyatt’s best friend, Doc Holliday (Val Kilmer), the brothers pick up their guns once more to restore order to a lawless land.

But the Wikipedia entry says that the actual gunfight lasted about 30 seconds and only three people were killed. I count a two-minute fight with nine people killed.  Caveat emptor.

Maalin (below, with the disease) hadn’t been vaccinated, but he made a full recovery, only to die in 2013 of malaria. aged 58. WHO did a fantastic job of contact tracing and vaccination after Maalin developed symptoms, and that was the end of smallpox. I believe that one or two other people later died from contracting the disease from strains kept in the laboratory. 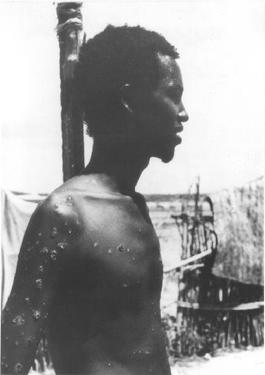 Hinde and Fisher were the first to document the spread of a novel behavior in birds: tits opening milk bottles left on doorsteps and drinking the cream. Here’s a very short video of this social learning, complete with commentary by scientists:

Whenever I mention Conroy (who also wrote The Great Santini), I have to show the last scene of “The Prince of Tides”, which gets me every time. The coach (Nick Nolte), married to a woman played by Blythe Danner, goes to New York from Charleston to deal with his mentally ill sister, and has a brief affair with her psychiatrist, Dr. Lowenstein (played by Barbra Streisand). Tempted to run away with the shrink, he decides to return to his wife, but can’t forget “the woman up North.” This is, I believe taken word for word from the novel. 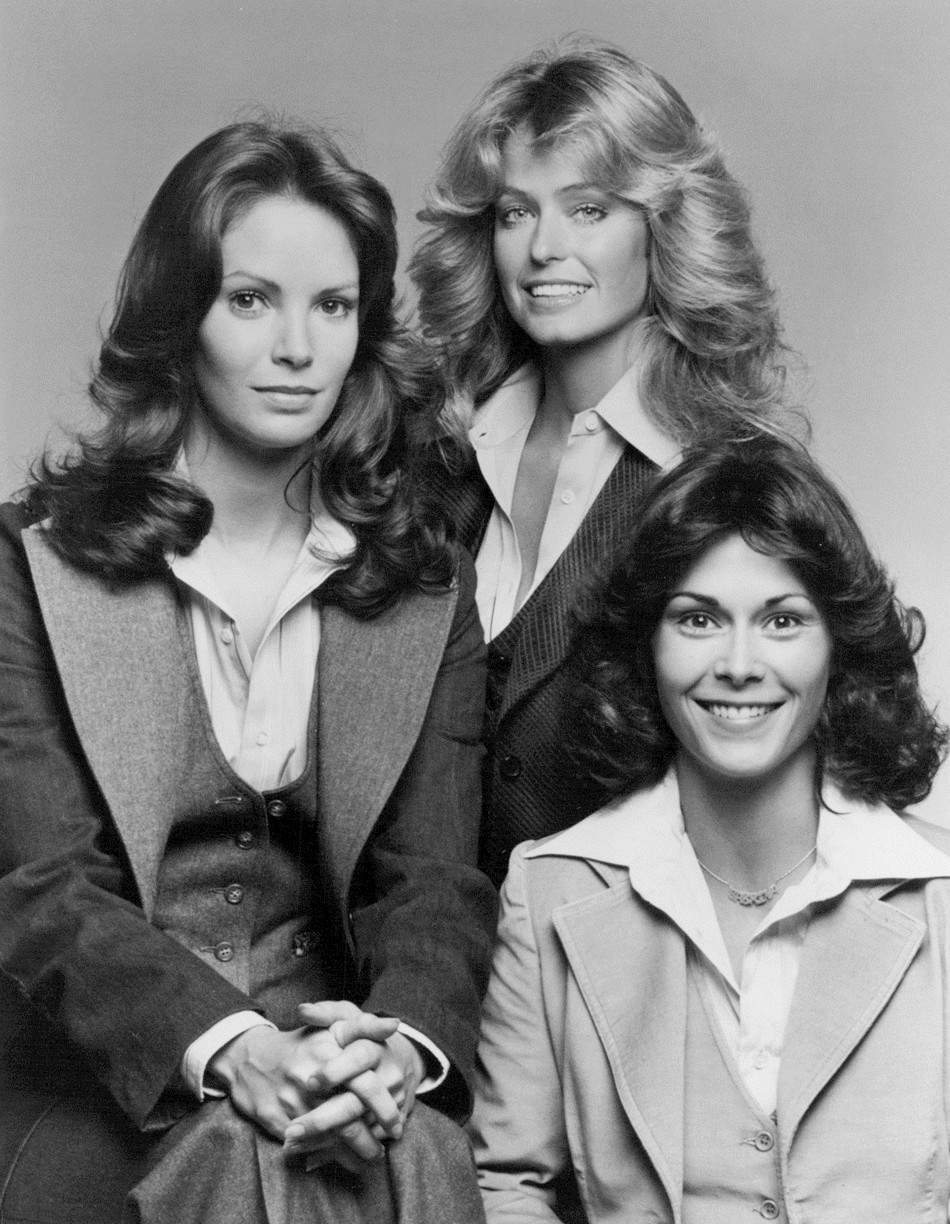 Those mowed down by the Grim Reaper on October 26 include:

A coin in the British Museum shows Alfred: 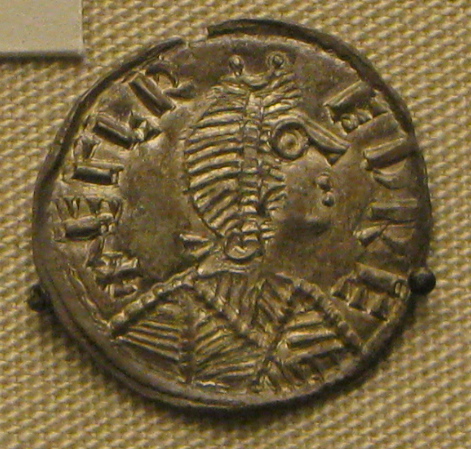 McDaniel, who played “Mammy” in “Gone With the Wind”, was the first African-American to win an Oscar—for Best Supporting Actress. Here’s her award. Note that she says she hopes to be a “credit to my race”, an encomium that, thankfully, is outmoded.

Zorba the Greek, by Kazantzakis, was a book that changed my life (well, sort of). When I was in Heraklion, Crete in 1972, I visited his grave (below; picture from Wikipedia). The Greek inscription says words that could have been spoken by Zorba.

Kazantzakis also translated Darwin’s On the Origin of Species into Greek. 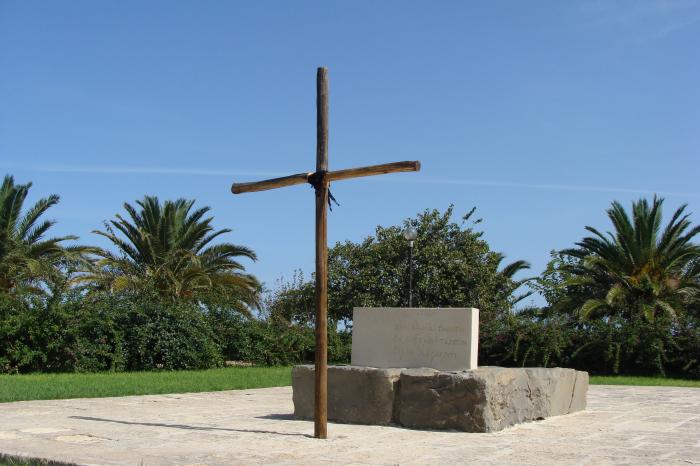 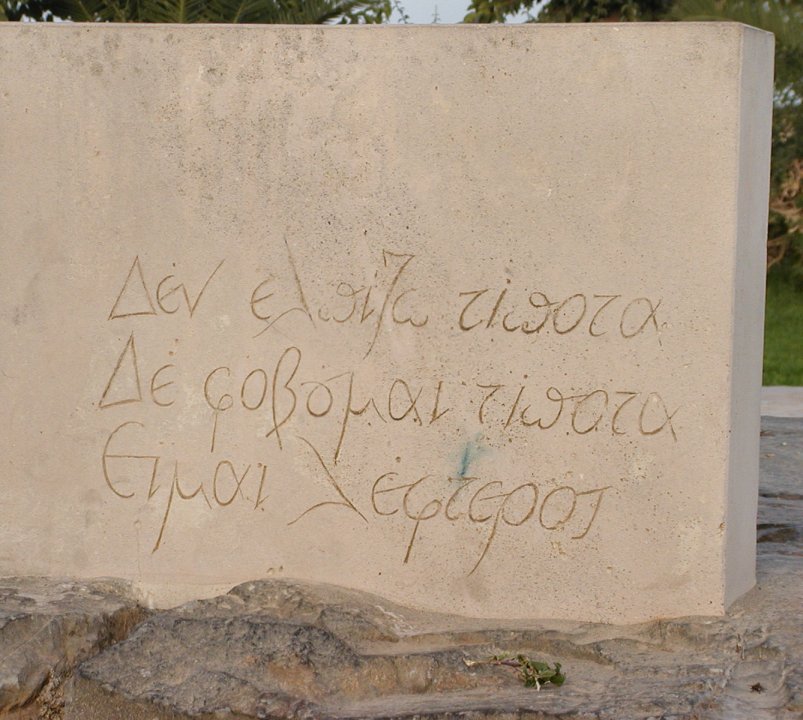 You may remember Scholz from the movie “Chariots of Fire”. From Wikipedia, about the 1924 Olympics in Paris.

[Scholz] lived up to the expectations in the 200 m, but was beaten to the gold in the 100 m by Britain’s Harold Abrahams. The 100 m race, and the 400 m race won by Eric Liddell, are depicted in the movie Chariots of Fire, which was released in 1981 – five years before Scholz’s death at the age of 89. He was played in the film by actor Brad Davis.

Scholz lived to see the movie and even appeared in a commercial about it. Here’s the real Scholz in 1928 and the 1984 commercial, which starts at 1:01 when Scholz chats with Ben Cross, who played Harold Abraham in the movie. 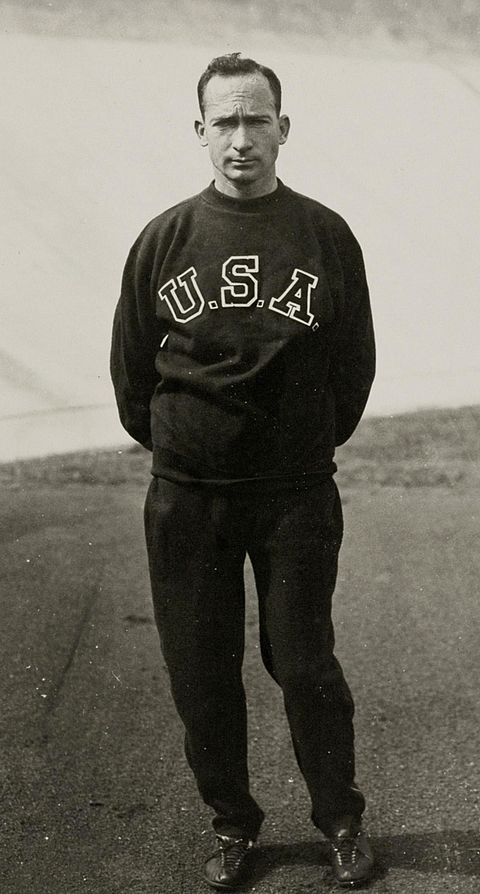 Meanwhile in Dobrzyn, Szaron and Hili are deep in conversation. I believe they are making fun of d*gs.

Hili: Have you ever seen a cat who lifts its paw to pee on a tree?
Szaron: No.
Hili: Neither have I. 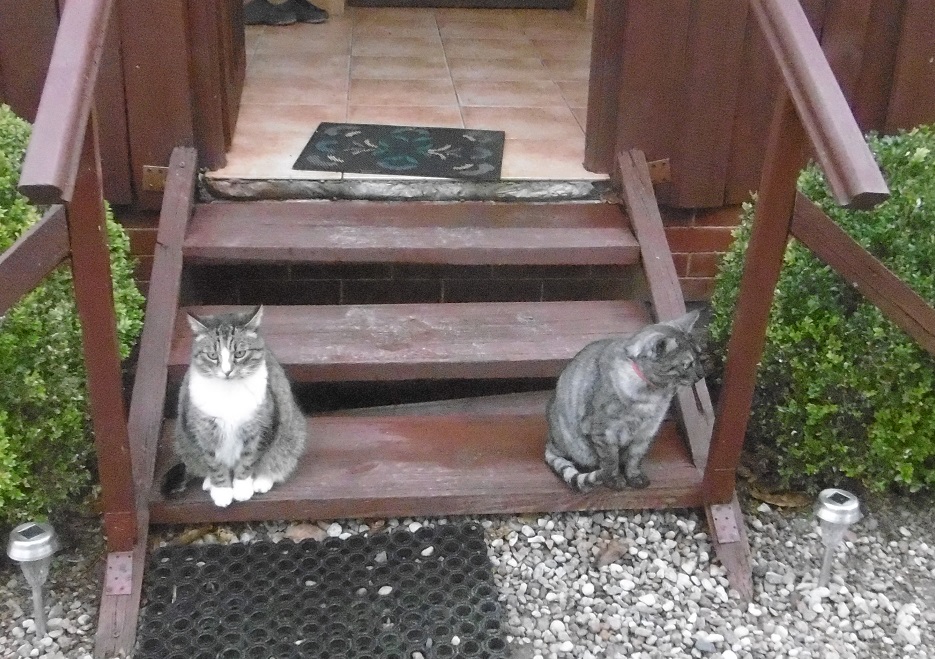 Frpm Sweater Heater on Facebook. If that’s a pint of Landlord, I’d strangle the duck. (Not really; I’d still drink the beer.) This is a house duck as evidenced by its diaper. 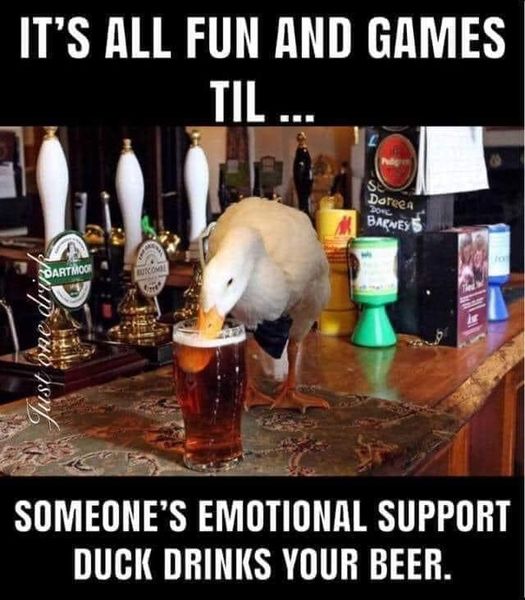 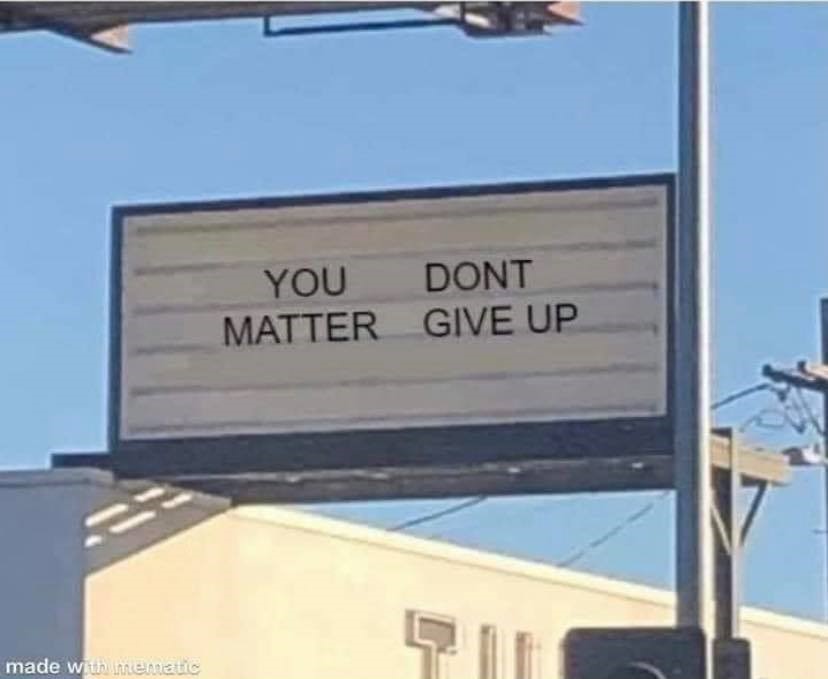 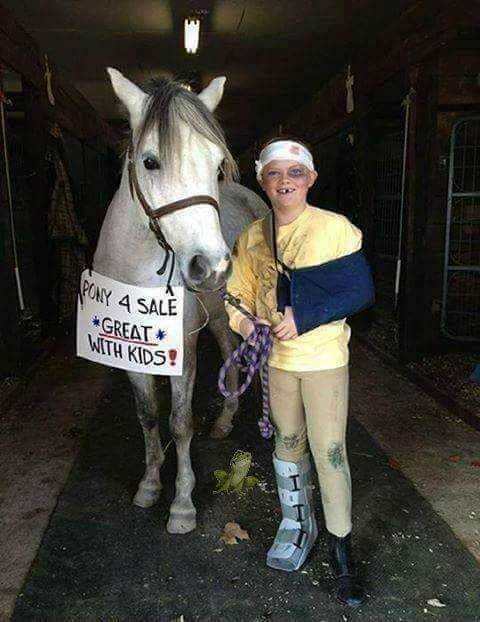 Remember the 2019-2020 protests in Iran when the government murdered many protestors? Here Masih  gets testimony from a mother whose son was killed in front of her.

1-Pouya Bakhtiari from Tehran is undoubtedly the most well-known face of November 2019's #IranProtests. He was killed in front of his mother's eyes while protesting for justice. His parents have been devastated by his loss.

From Barry, who considers this the solution to the “missing sock mystery”. BUT it doesn’t work this way: when your clothes come out of the dryer, one sock is missing. These cats aren’t anywhere near a dryer. To avoid the missing sock, toss an old extra sock into the dryer with your laundry to propitiate the Sock God.

We thought it was an unsolved mystery. But the true story about missing socks is now known.

Tweets from Matthew. Here, the daughter of the famed geneticist H. J. Muller gets shown around the Bloomington Drosophila stock center at Indiana University. Muller, fiercely smart and clever, was a difficult person at times, and he couldn’t even secure a permanent academic job until after he won the Nobel Prize!

What an honor to show Helen Muller around the BDSC this week. Helen is the daughter of Hermann Muller; pioneer Drosophilist and 1946 Nobel Laureate. You know balancer chromosomes? Well, he described those and much, MUCH more. https://t.co/Z4imozbbcb pic.twitter.com/dvnTkz8lUm

Be sure to enlarge this photo of Mars pieced together from shots taken by the Curiosity Rover:

…and the view from @MarsCuriosity just keeps getting better and better… This is a mosaic of images taken earlier *today*… Image Credit: NASA/JPL-Caltech/S Atkinson pic.twitter.com/vKysIdeqbY

A beautiful murmuration and a short article on bird evolution you should read. (Note that not everyone thinks birds evolved from dinosaurs.)

It's incredible to see what dinosaurs have become. pic.twitter.com/7uugRBZe0r

A tide of pumice:

The sea turns dark grey with pumice, pebbles of volcanic rock with such low density that they float. They say this is coming from an undersea volcano south of Iwo Jima in the Ogasawara Islands, an eruption two months ago and 1400km away. pic.twitter.com/9EanpQqXny

What a tidy little spider: look at the care she takes not to soil the car!

I had never thought about spider poop until I caught this huge jumping spider ACTIVELY POOPING! Now it's all I think about.🕷️💩#FieldworkSurprises pic.twitter.com/pZX3rxVBtN