We continue with the last of the Tree Swallow feeding photos from Emilio d’Alise. I reprise his introduction below (indented), and you can enlarge his photos by clicking on them.

As I mentioned, the birdhouse is sized for Bluebirds, which are smaller birds, so the typical Tree Swallows brood of 5-7 makes for a pretty tight fit just before they fledge. Early on, the adults will enter the nest to feed the chicks.

On most feedings, a fair portion of the adult’s head goes inside the beak of the chick (both close their eyelids during contact) to ensure the meal is not lost. Still, occasionally, a few bugs fall out before the chick has a good grasp of it, probably because various parts of the bug may be stuck to the adult’s plumage. 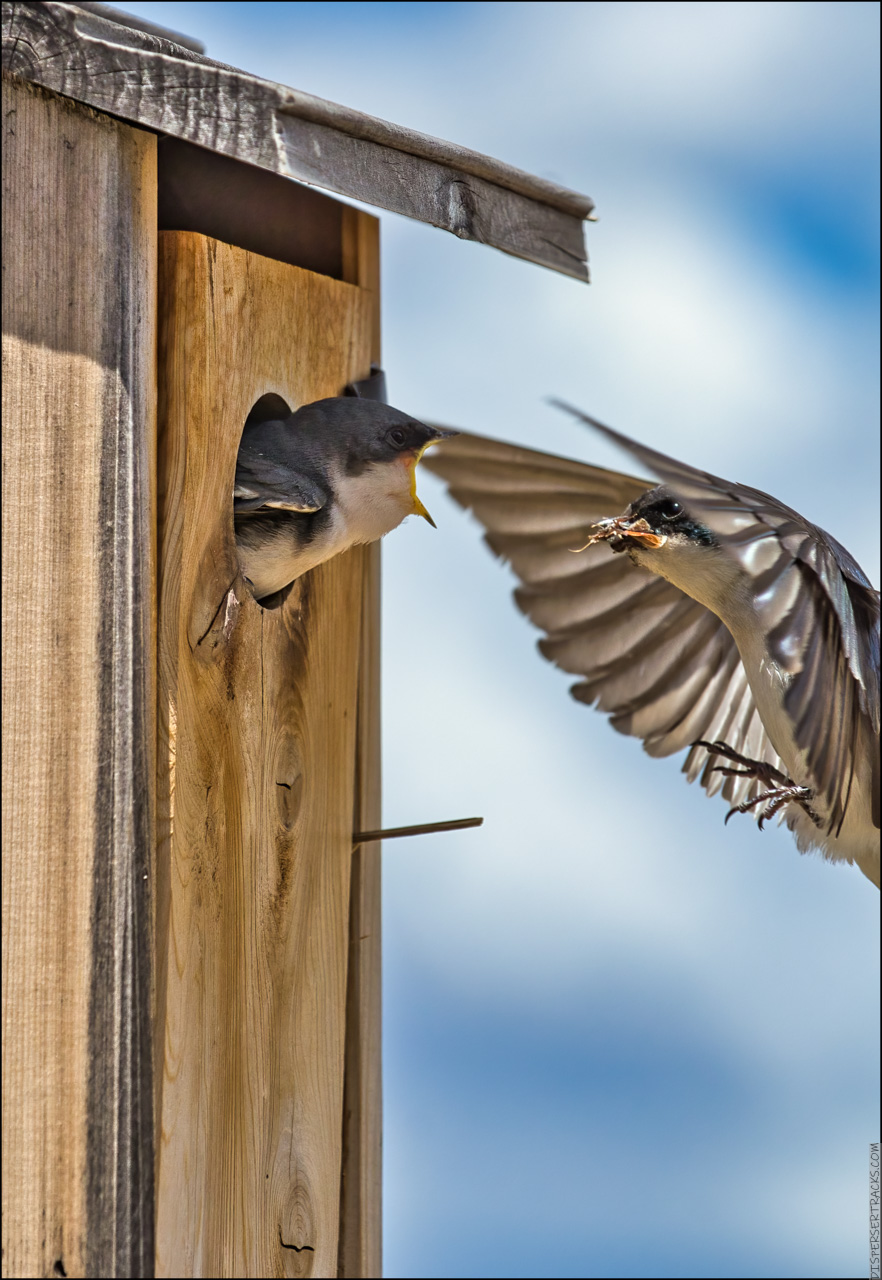 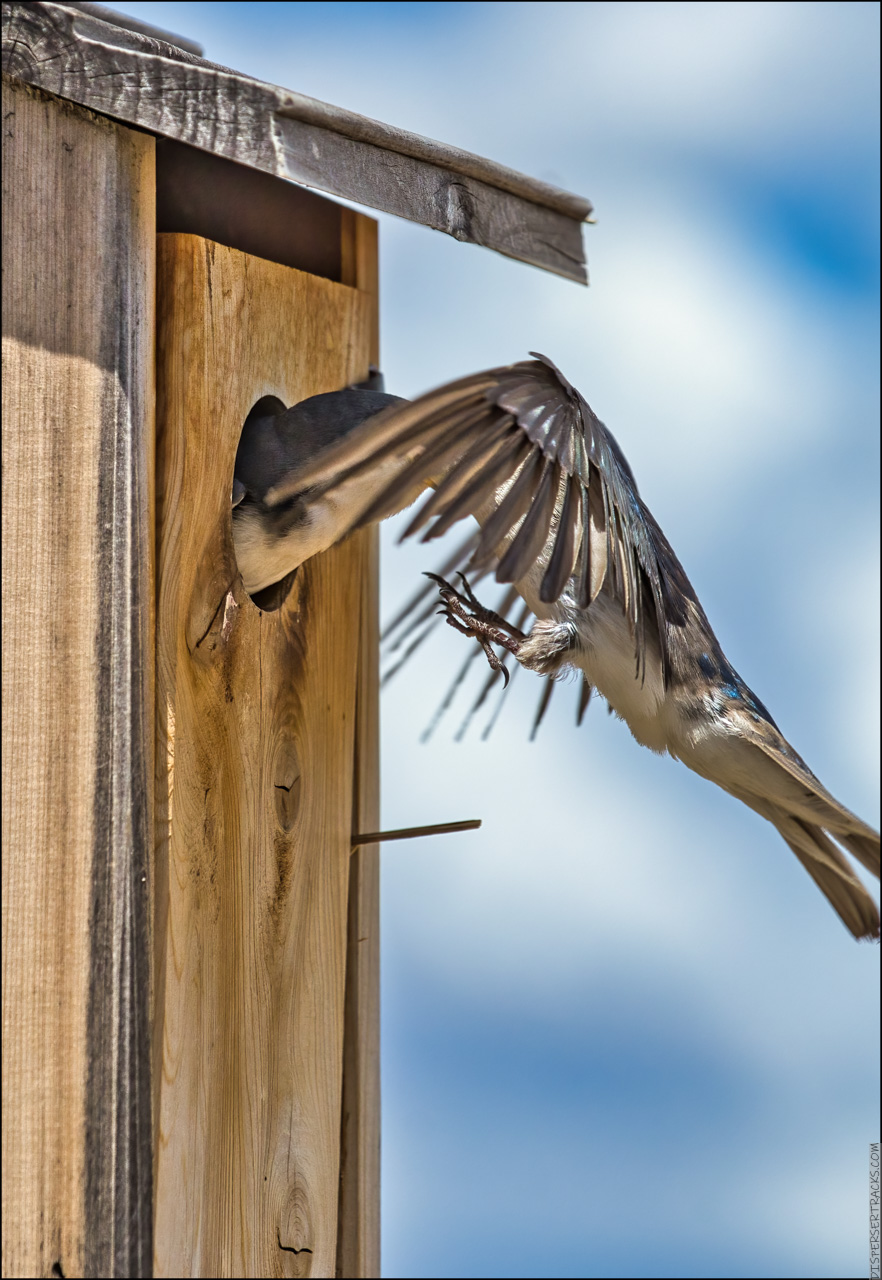 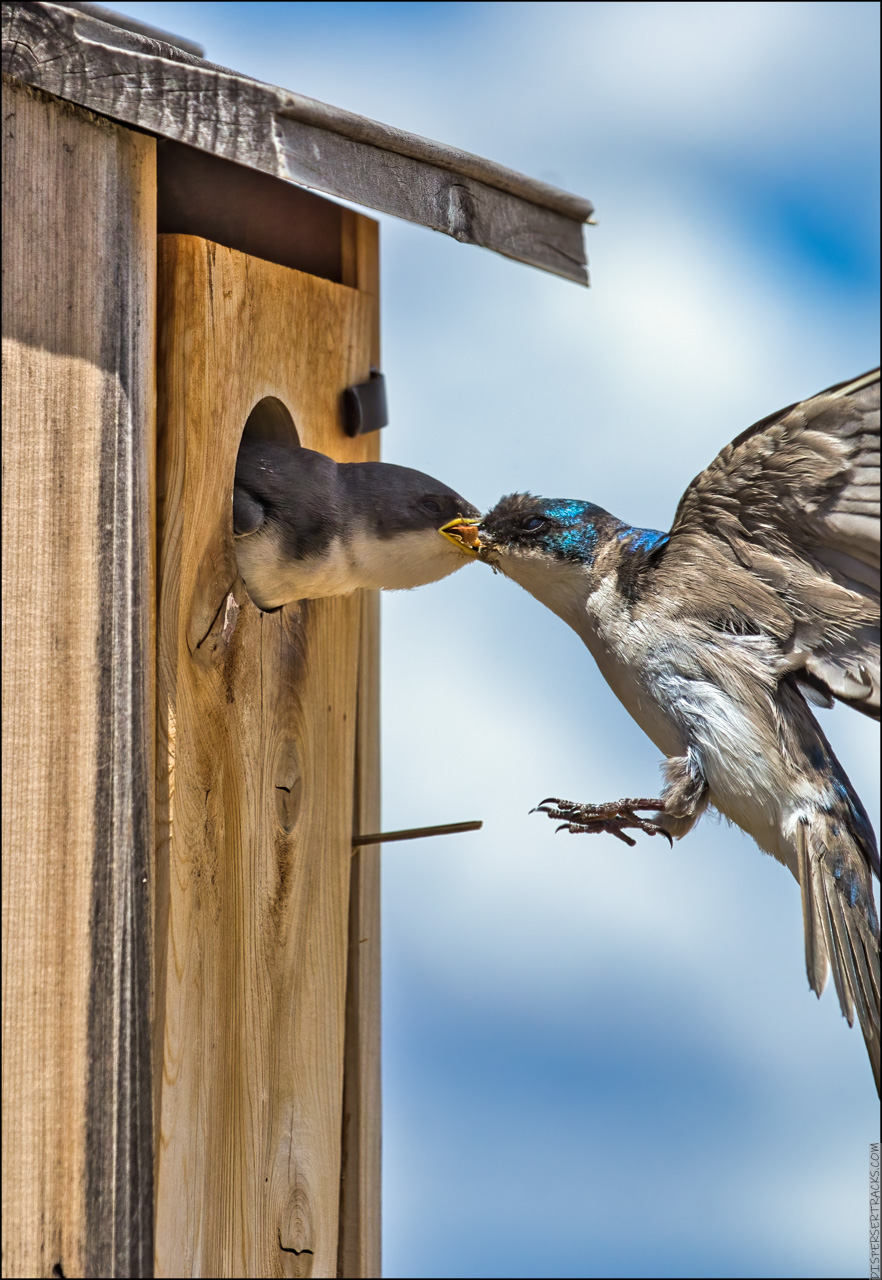 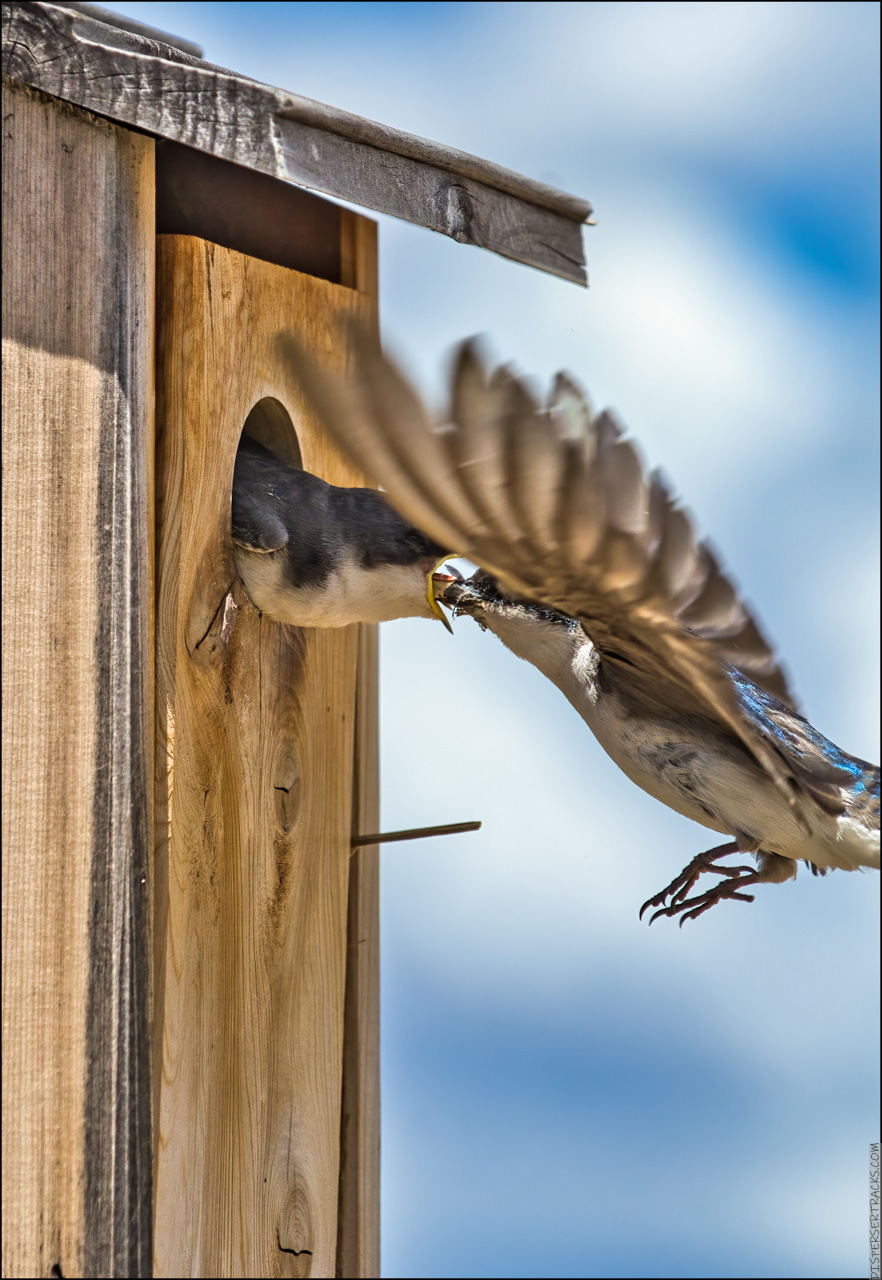 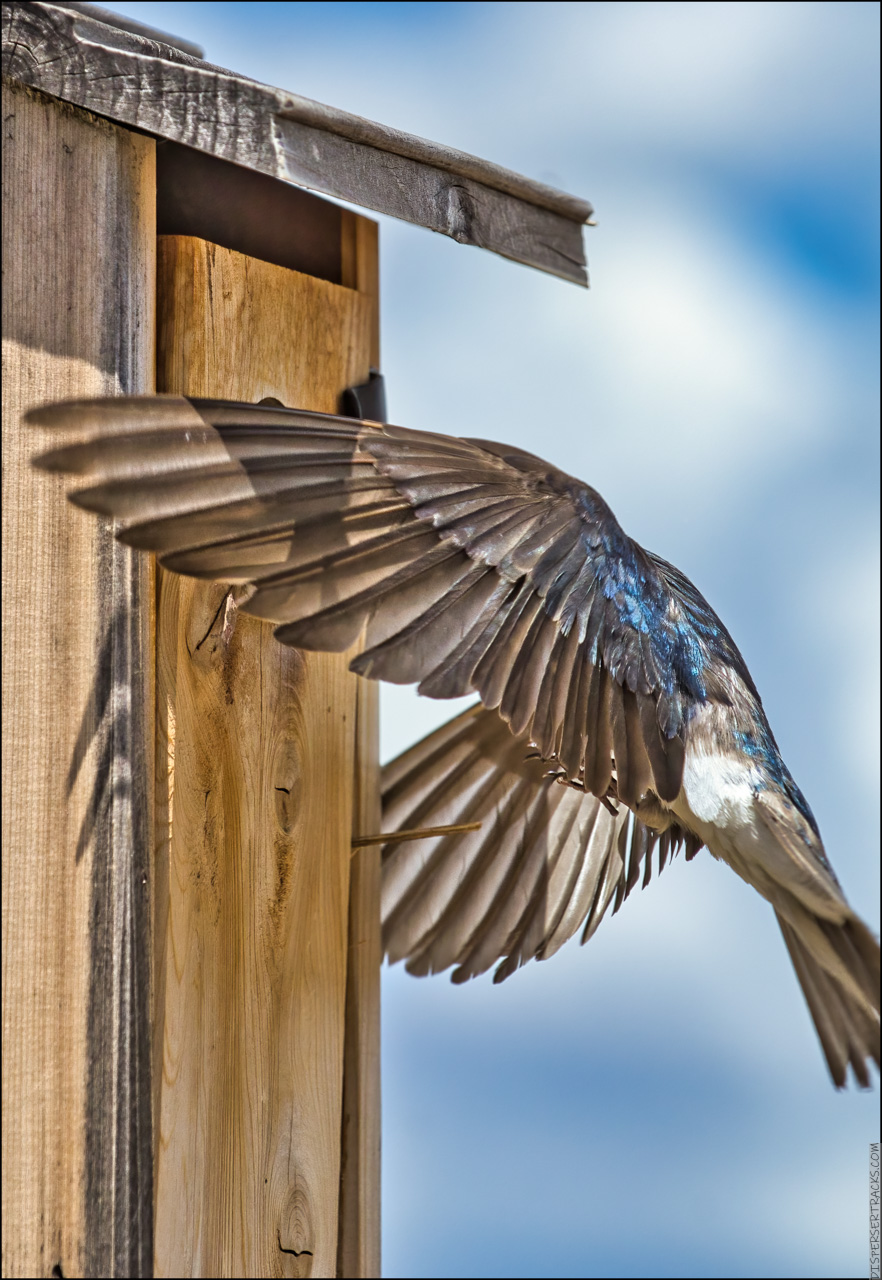 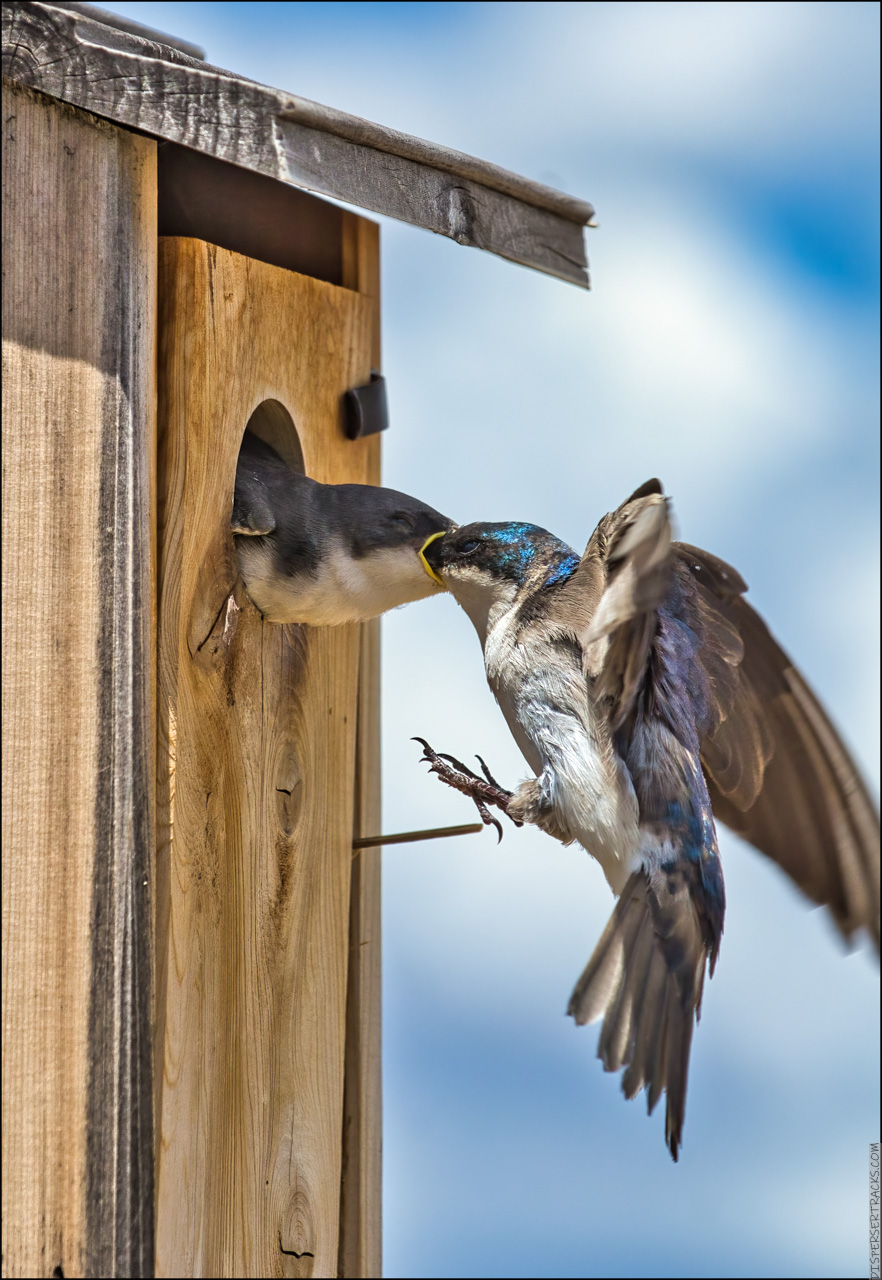 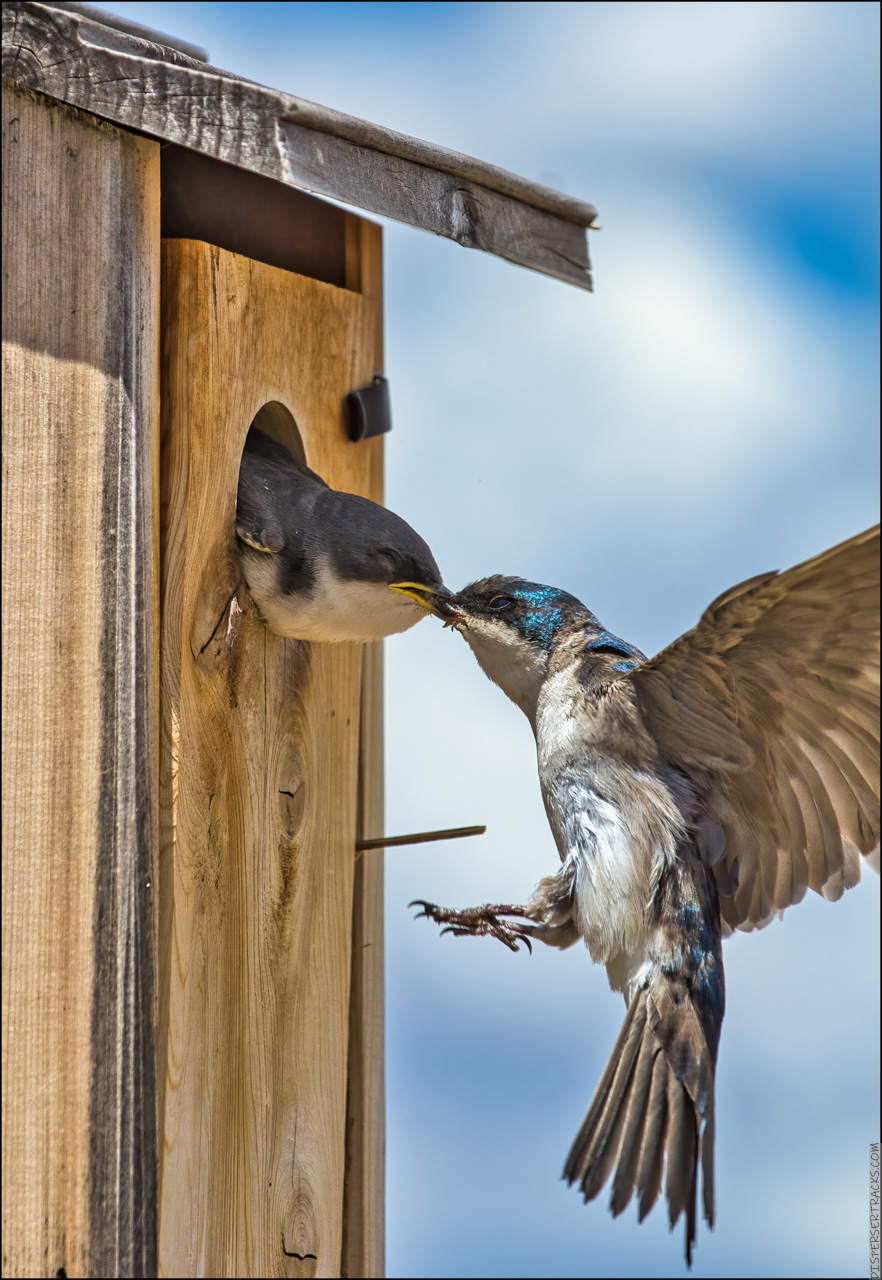 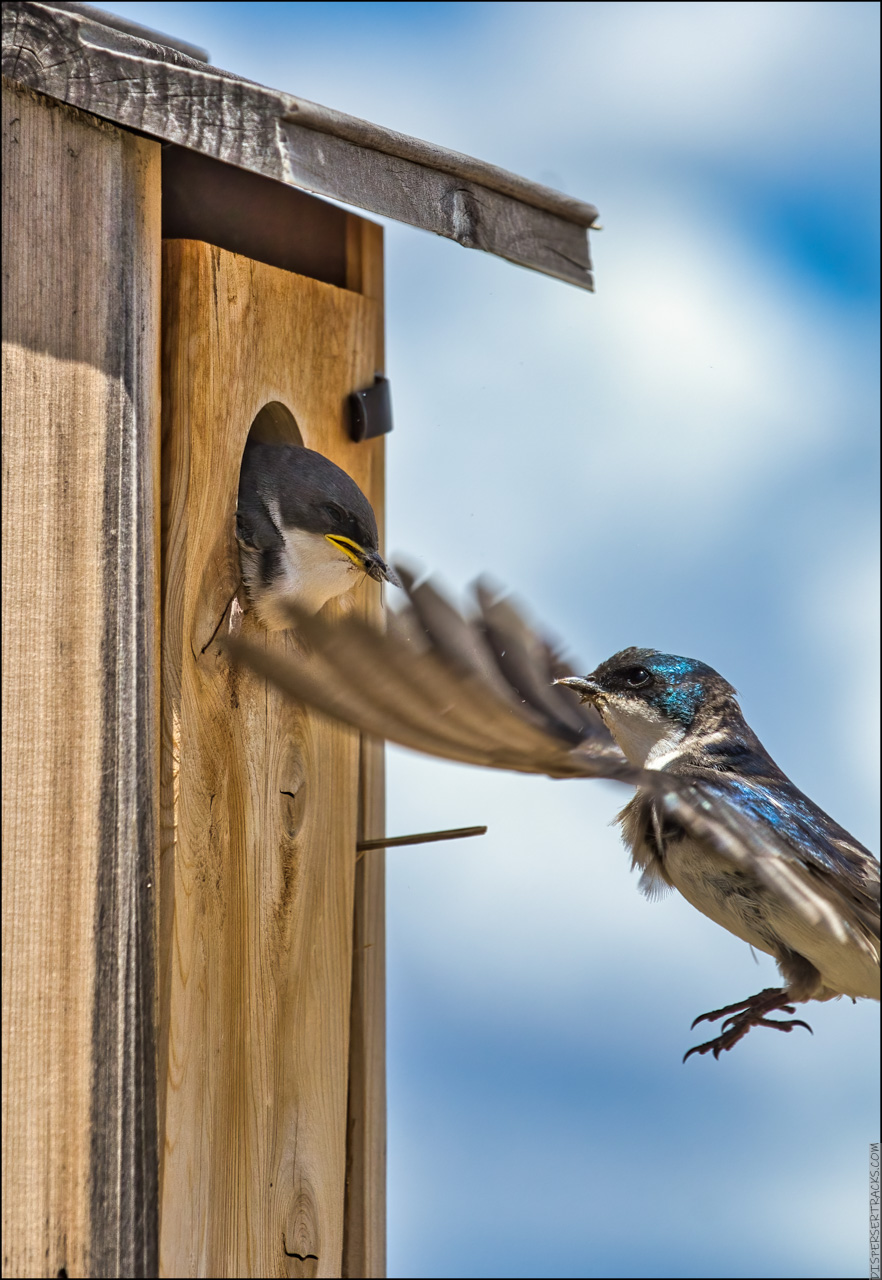 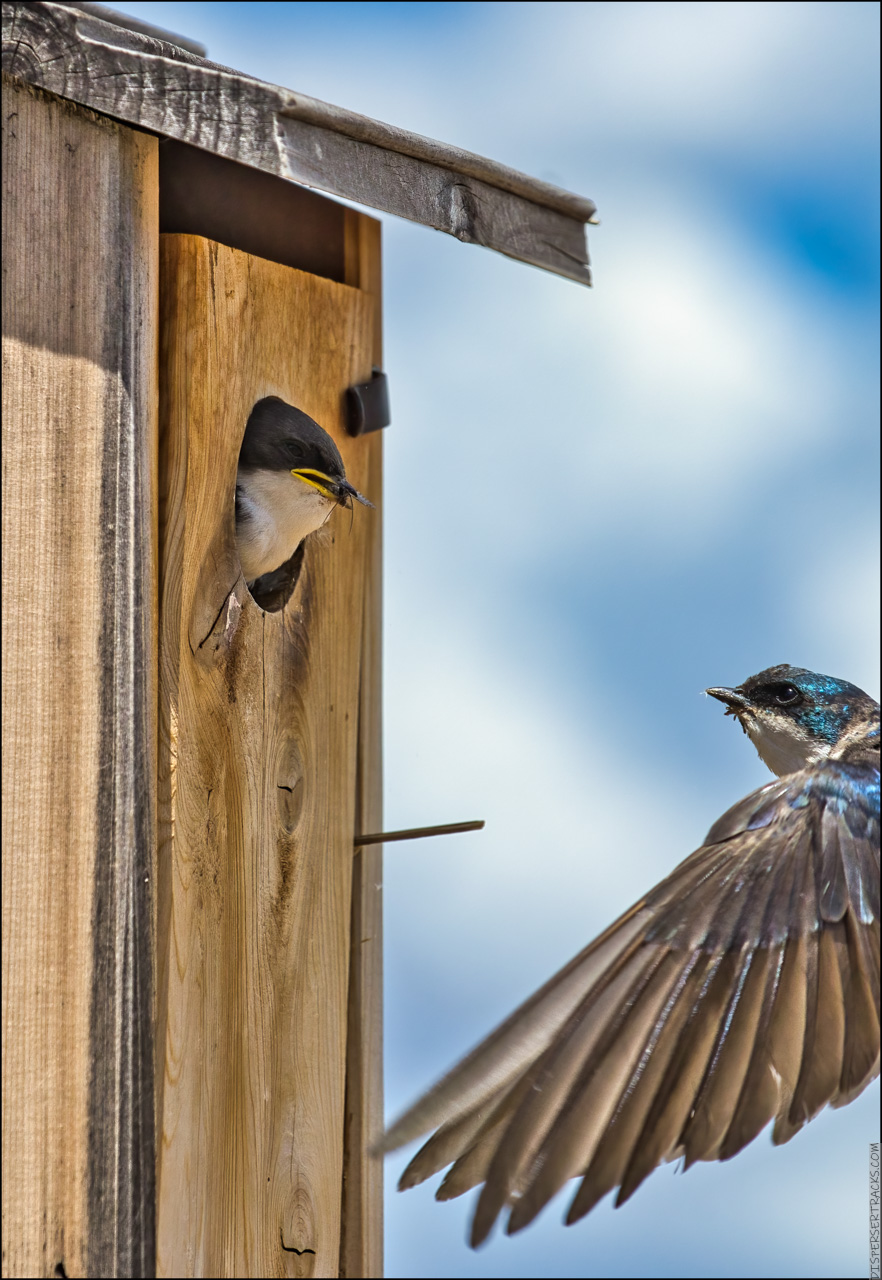