Welcome to the end of the nominal work week: Friday, October 22, 2021. The big news that, barring a medical mishap, I should be getting the stitches in my hand removed at 9 a.m. I’ll report back with photos. Posting may be light today.  Today’s special food celebration is National Nut Day. Nuts are good for you! 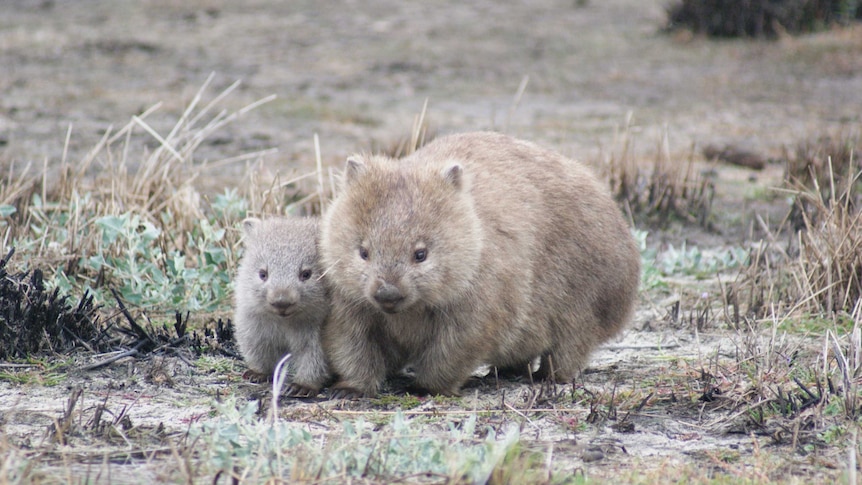 Remember that there are three species of wombats, and all of them produce poop that comes out in cubes: *As expected, the House voted yesterday to hold Steve Bannon in contempt of Congress. There was a squabble as chowderheaded Republican congresspeople still tried to claim that the Presidential election was stolen:

The vote of 229 to 202, mostly along party lines, came after Mr. Bannon refused to comply with a subpoena from the House select committee investigating the riot, declining to provide the panel with documents and testimony. The action sent the matter to the Justice Department, which now must decide whether to prosecute Mr. Bannon and potentially set off a prolonged legal fight.

But what was clear on Thursday in the debate before the vote was that nine months after the deadliest attack on the Capitol in two centuries, most Republicans remained bent on whitewashing, ignoring or even validating the mob violence on Jan. 6 in Mr. Trump’s name, based on his lie of election fraud.

If Merrick Garland decides to prosecute Bannon, he’ll face a possible fine of $1,000 to $100,000 and jail time between a month and a year.

*The BBC reports that a 25-year-old man named Ali Harbi Ali, of Somalian descent, has been charged with the murder of Tory MP Sir David Amess, who was stabbed to death while meeting with his constituents. It appears to be religiously inspired terrorism:

Nick Price, from the Crown Prosecution Service, said: “We will submit to the court that this murder has a terrorist connection, namely that it had both religious and ideological motivations.”

*The 400 Mawozo gang, which kidnapped 16 American and one Canadian missionary in Haiti last week, is now threatening to kill them unless the random is paid. As the Associated Press reports,

The leader of the 400 Mawozo gang that police say is holding 17 members of a kidnapped missionary group is seen in a video released Thursday saying he will kill them if he doesn’t get what he’s demanding.

The video posted on social media shows Wilson Joseph dressed in a blue suit, carrying a blue hat and wearing a large cross around his neck.

“I swear by thunder that if I don’t get what I’m asking for, I will put a bullet in the heads of these Americans,” he said in the video.’

That group includes five children. Let’s hope the FBI (which is on the ground in Haiti) finds them before Wilson Joseph fulfills his pledge.

*The Gabby Petito/Brian Laundrie case is almost put to rest, as remains found in a nature reserve in Florida have been identified from dental records as those of Laundrie, a “person of interest” in Petito’s murder. Apparently Laundrie’s remains were badly decomposed because his body was in water, which may make it hard to determine if he killed himself or died in some other way. It also precluded the use of fingerprints to ID the body.

*The 95 year old regent of the UK, Queen Elizabeth II, spent Wednesday night in the hospital for reasons disclosed only as “preliminary medical checks.” The announcement came from Buckingham Palace after she canceled a Wednesday visit to Northern Ireland (she’s remarkably busy for someone of such an age!):

In a statement on Thursday night, Buckingham Palace said: “Following medical advice to rest for a few days, the Queen attended hospital on Wednesday afternoon for some preliminary investigations, returning to Windsor Castle at lunchtime today, and remains in good spirits.”

*A U.S. government initiative to negotiate the prices of prescription drugs—one of the main contributors to the ridiculously expensive healthcare in the U.S.—has been in the works for several decades, embraced by, among others, Democratic Presidents, Nancy Pelosi, and even Donald Trump. But nothing’s happened, and the initiative appears to be on the skids again. The NYT reports that this initiative may be omitted from a House domestic-policy agenda by some of the usual suspects, and by that I mean Democrats:

Senior Democrats insist that they have not given up the push to grant Medicare broad powers to negotiate lower drug prices as part of a once-ambitious climate change and social safety net bill that is slowly shrinking in scope. They know that the loss of the provision, promoted by President Biden on the campaign trail and in the White House, could be a particularly embarrassing defeat for the package, since it has been central to Democratic congressional campaigns for nearly three decades.

“Senate Democrats understand that after all the pledges, you’ve got to deliver,” said Senator Ron Wyden of Oregon, the chairman of the Finance Committee.

. . . . But with at least three House Democrats opposing the toughest version of the measure, and at least one Senate Democrat, Kyrsten Sinema of Arizona, against it, government negotiating power appears almost certain to be curtailed, if not jettisoned. The loss would be akin to Republicans’ failure under Mr. Trump to repeal the Affordable Care Act, after solemn pledges for eight years to dismantle the health law “root and branch.”

It’s just NEGOTIATION at this stage. Why would anyone oppose it?

*Jack the Cat has had a wee setback in the healing process. As his staff reports:

Jack has been bothering his wrist wounds, making them bleed, so back to the Cone of Shame. [Photo below, also showing the pins holding together the bones in his paw.] 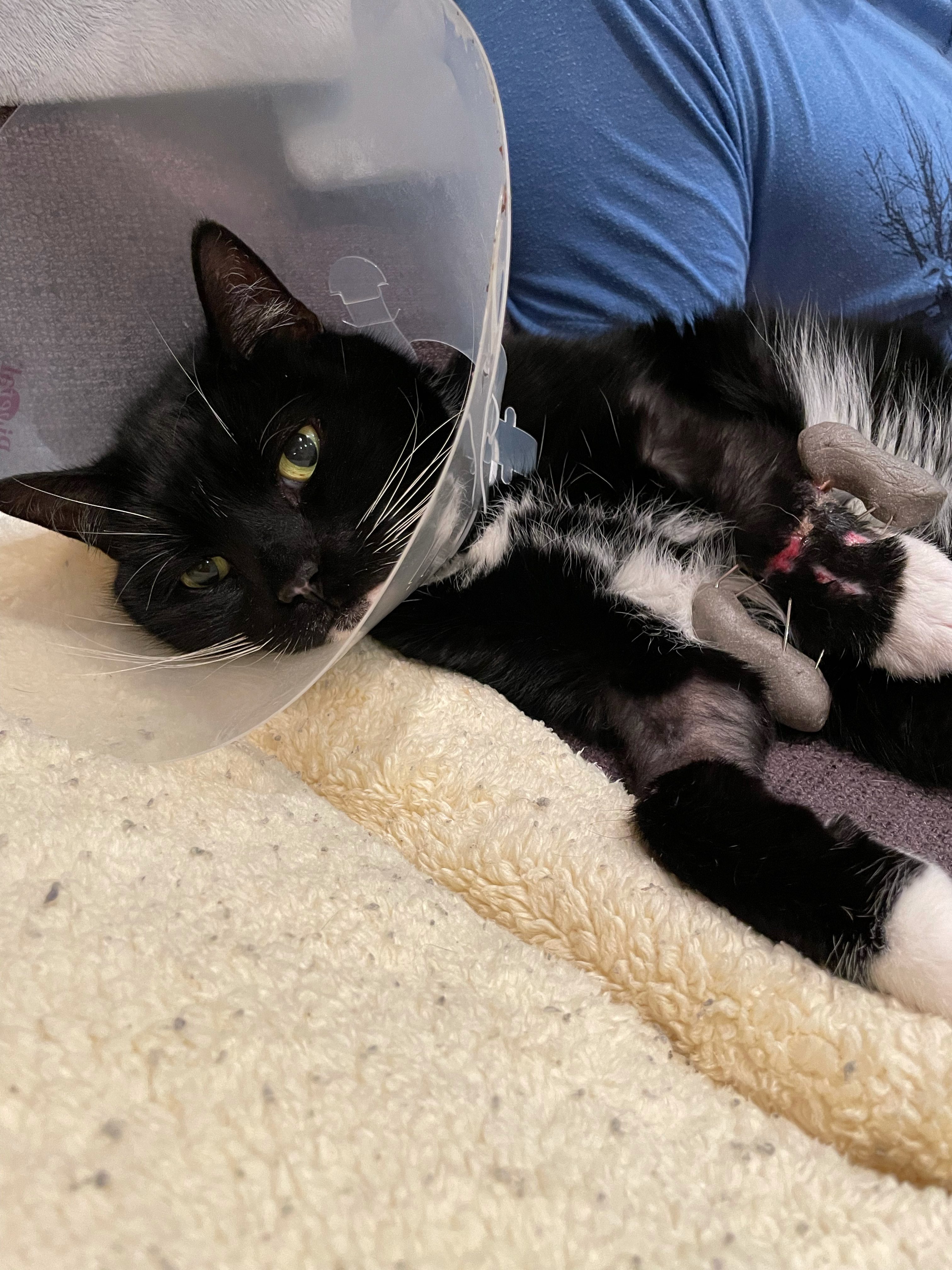 Stuff that happened on October 22 includes:

Here’s part of the Creed emphasizing the dual nature of Jesus:

Garnerin connect the “parachute” (with a basket, see below) to a hot-air balloon, and then severed the rope connected his device to the balloon. His basket swung back and forth and he was a bit banged up, but landed in the Parc Monceau and survived!

Here’s the original building at 1411 Broadway: 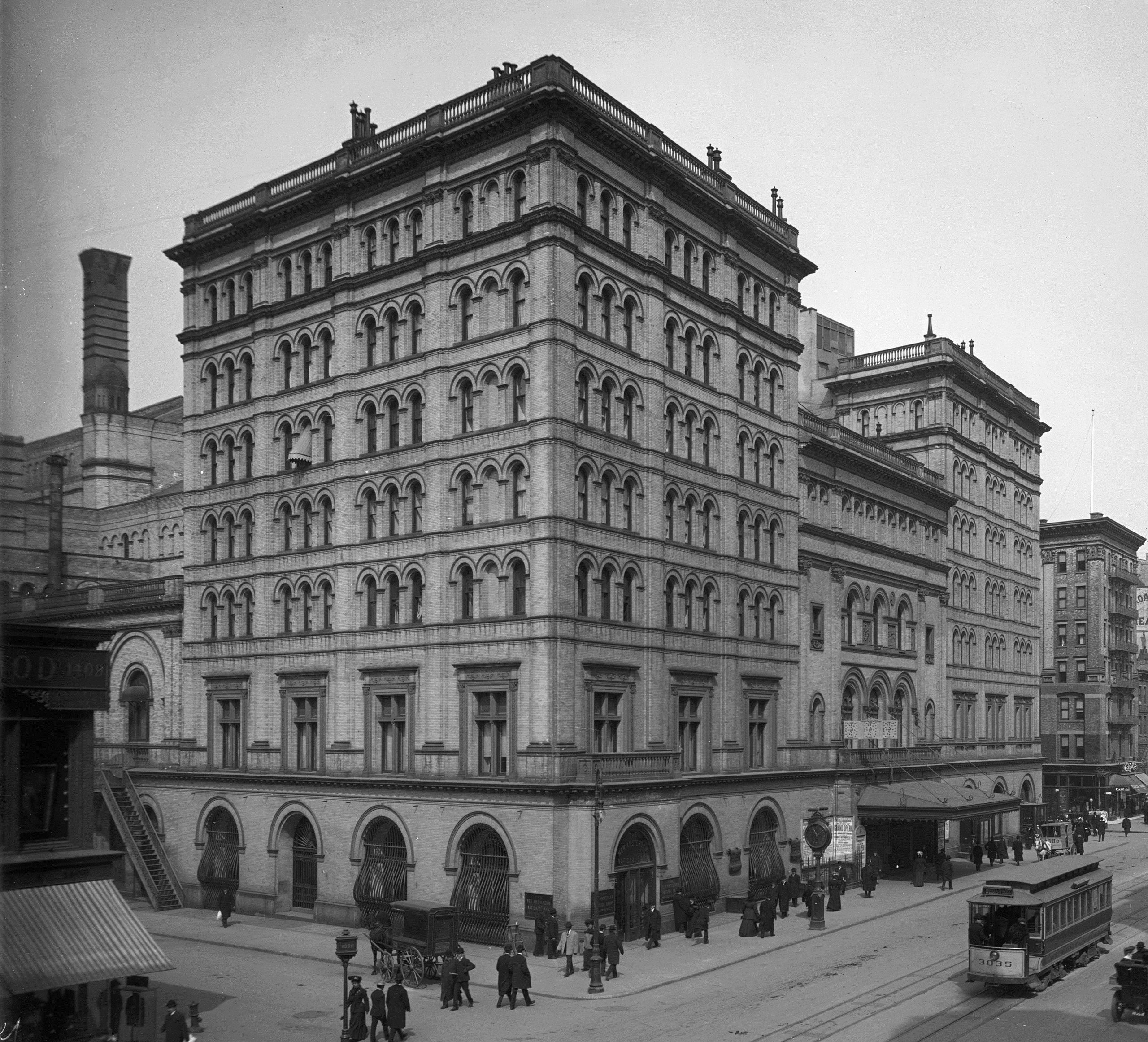 Here’s Philomena (remember her?) at Greenwich; she displays the meridian line at 1:28:

Here’s Floyd in his coffin. His pocket watch was found to have ten notches, one for each person he killed: 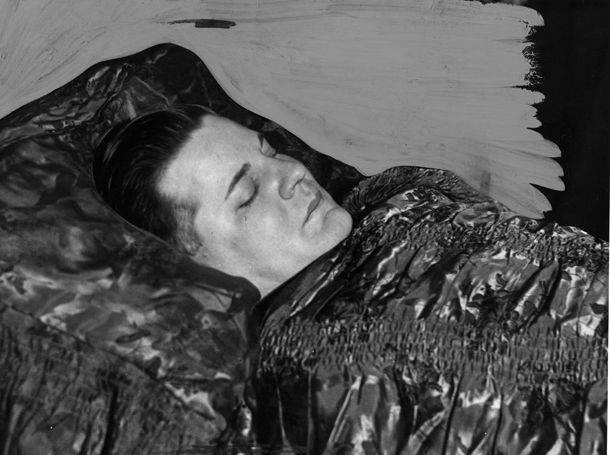 Why? The Nobel organization itself tells us:

The 59-year-old author Jean-Paul Sartre declined the Nobel Prize in Literature, which he was awarded in October 1964. He said he always refused official distinctions and did not want to be “institutionalised”. M. Sartre was interviewed by journalists outside the Paris flat of his friend Simone de Beauvoir, authoress and playwright. He also told the press he rejected the Nobel Prize for fear that it would limit the impact of his writing. He also expressed regrets that circumstances had given his decision “the appearance of a scandal”.

Sartre was the first awardee to voluntarily reject the Literature Prize, though Boris Pasternak was ordered by the Soviet to refuse the Prize when he was the awardee in 1958.

You can see the video of that interview at the link above, though there’s no sound.

Here’s Liszt, four months before his death, photographed by Nadar. He had some warts. 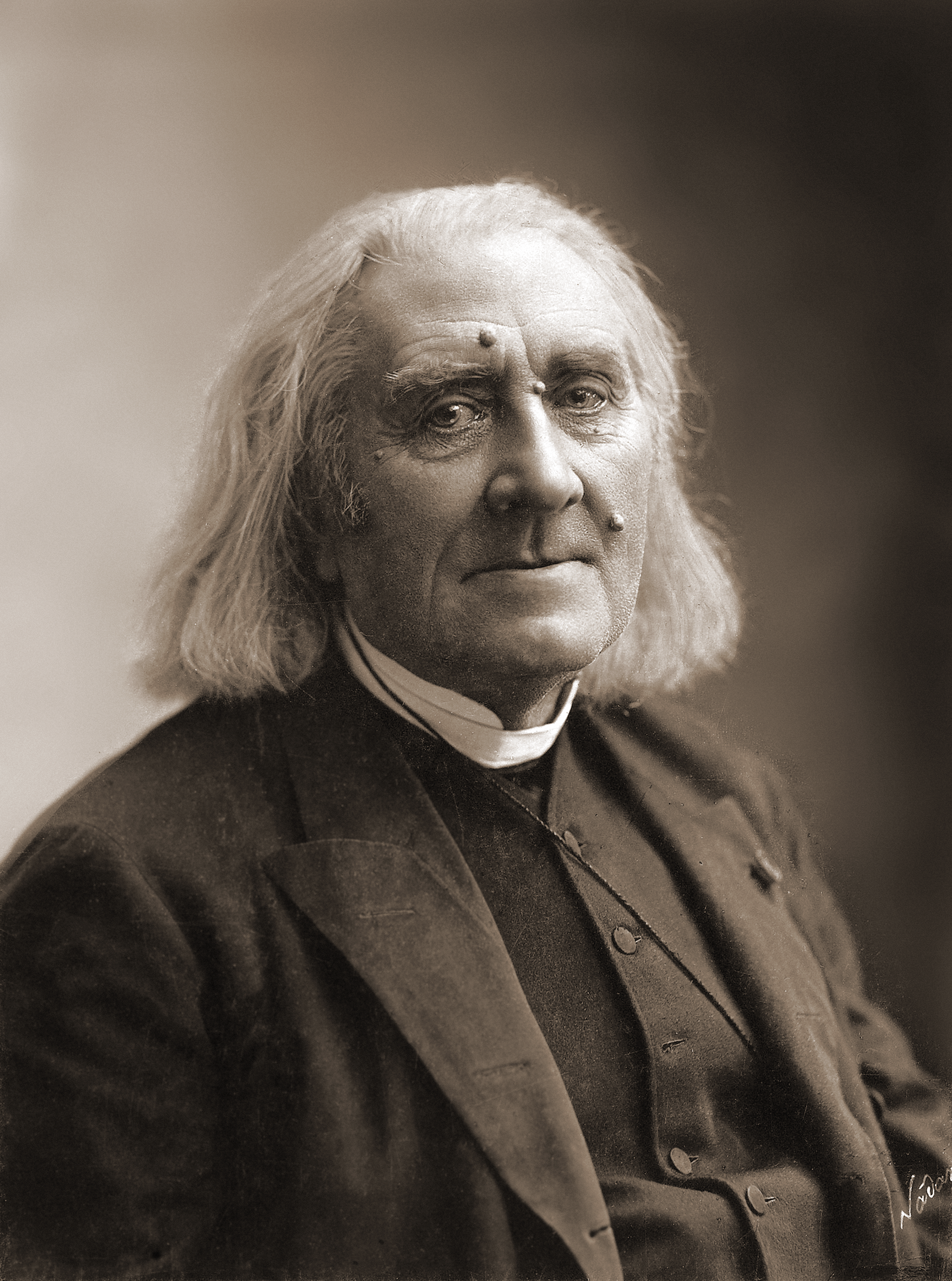 Douglas, known as “Bosie”, was famous for having a gay relationship with Oscar Wilde, which eventually led to Wilde’s downfall. Here they are in May, 1883 (Douglas is seated): 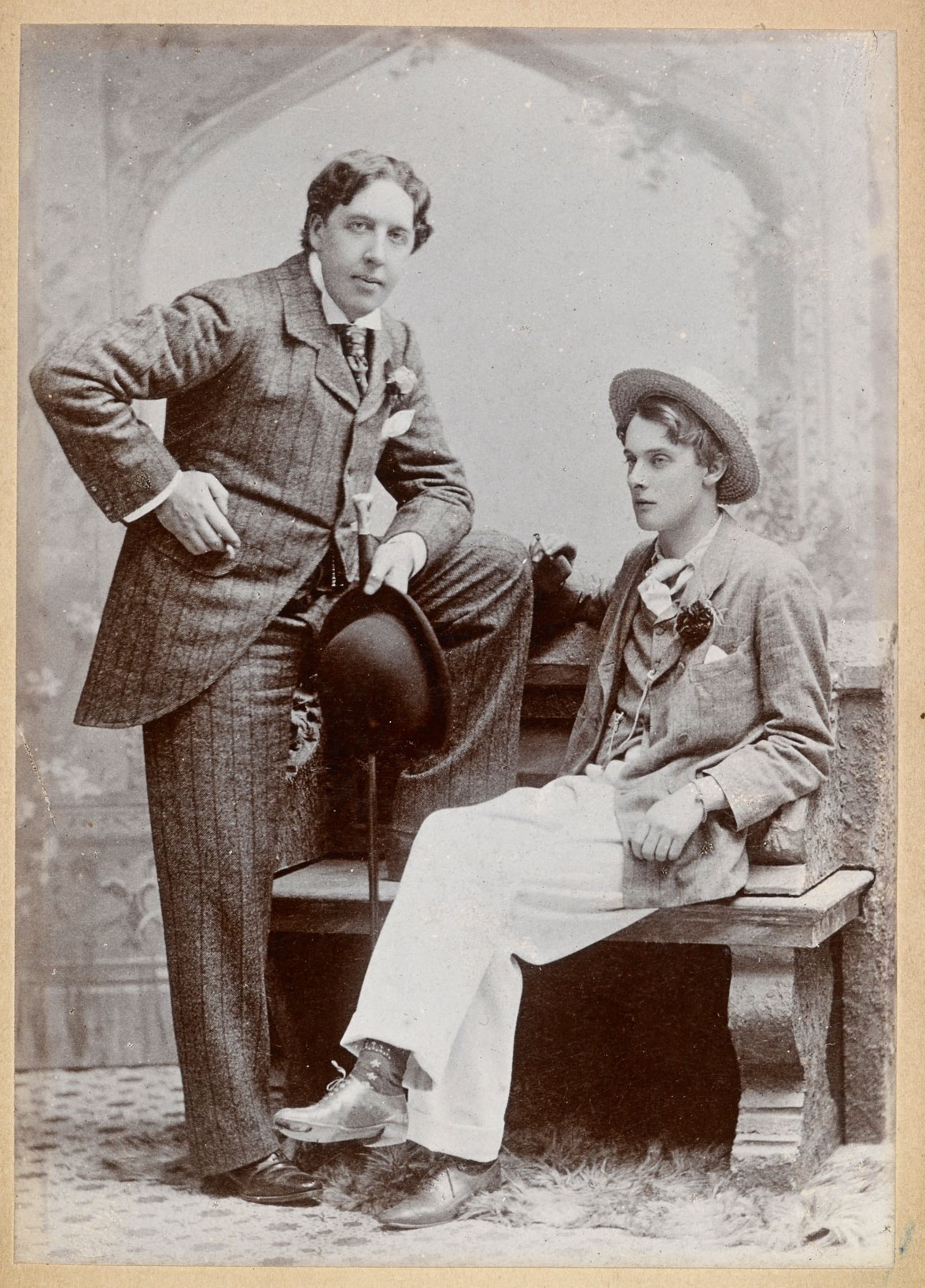 Reed, a Communist activist, is one of only three Americans honored by being interred in the Kremlin (in a mass grave); the other two are C. E. Ruthenberg, the founder of Communist Party USA and Bill Haywood, a founding member and leader of the Industrial Workers of the World. He’s portrayed in the movie “Reds” by Warren Beatty.Here’s the grave marker, with Reed being the second name. He died of spotted typhus in Moscow. 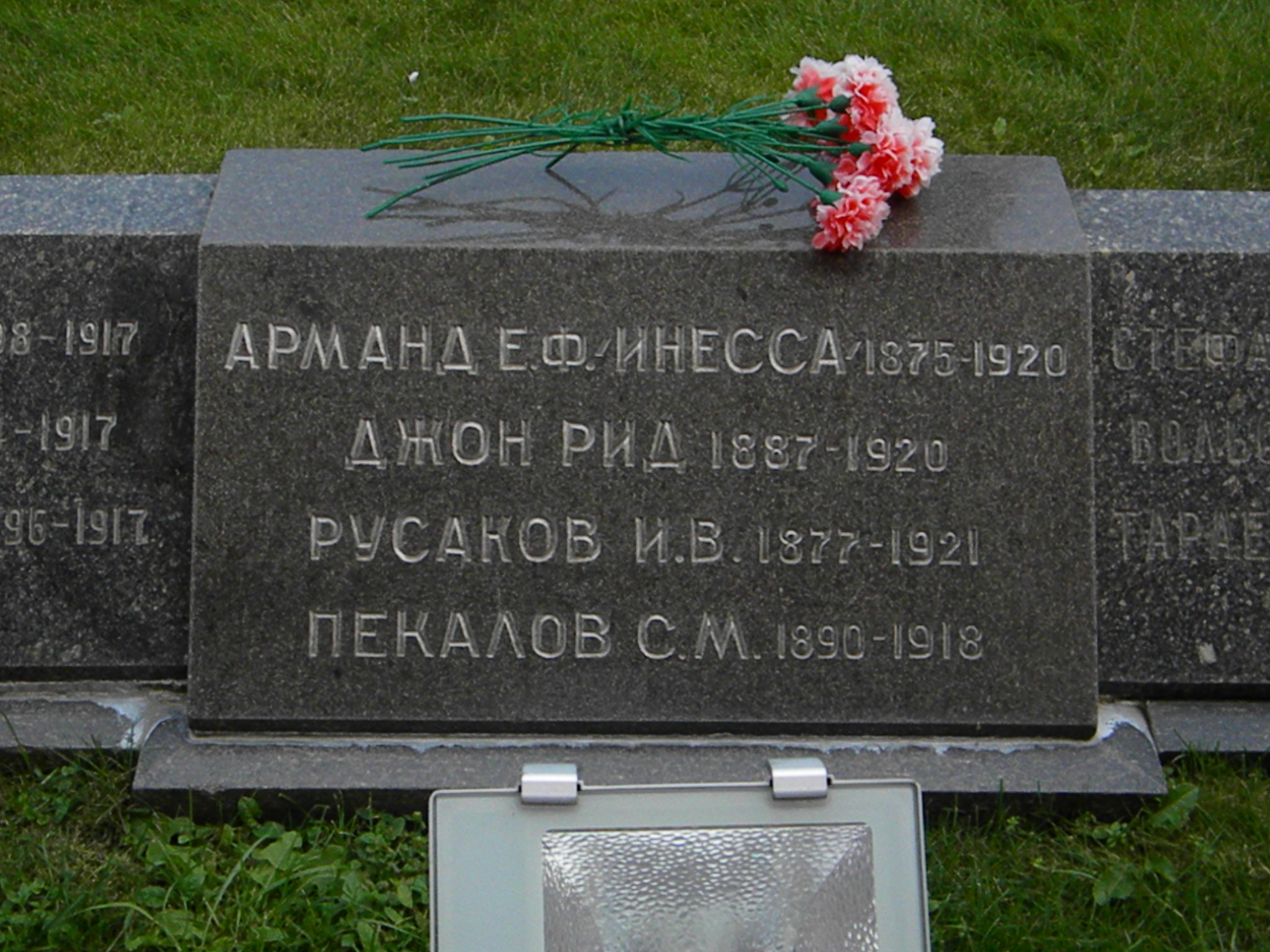 His birth name was Jerome Lester Horwitz, and here’s his grave in Los Angeles (he died of a stroke at only 48): 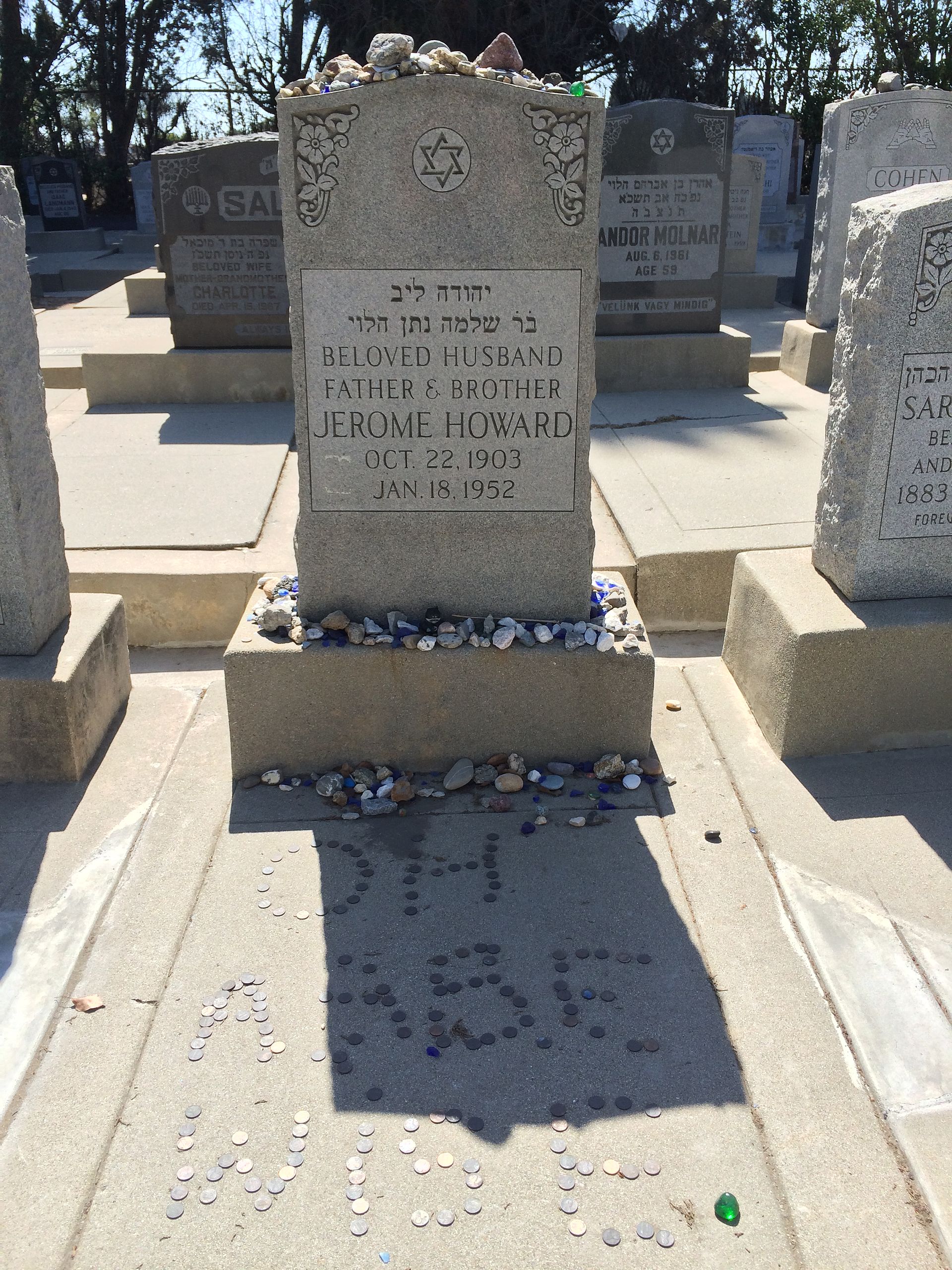 Annette was The Beautiful Mouseketeer, who made many of us kids feel the first stirrings of amour. Here she is at 14 on the Mickey Mouse Club: 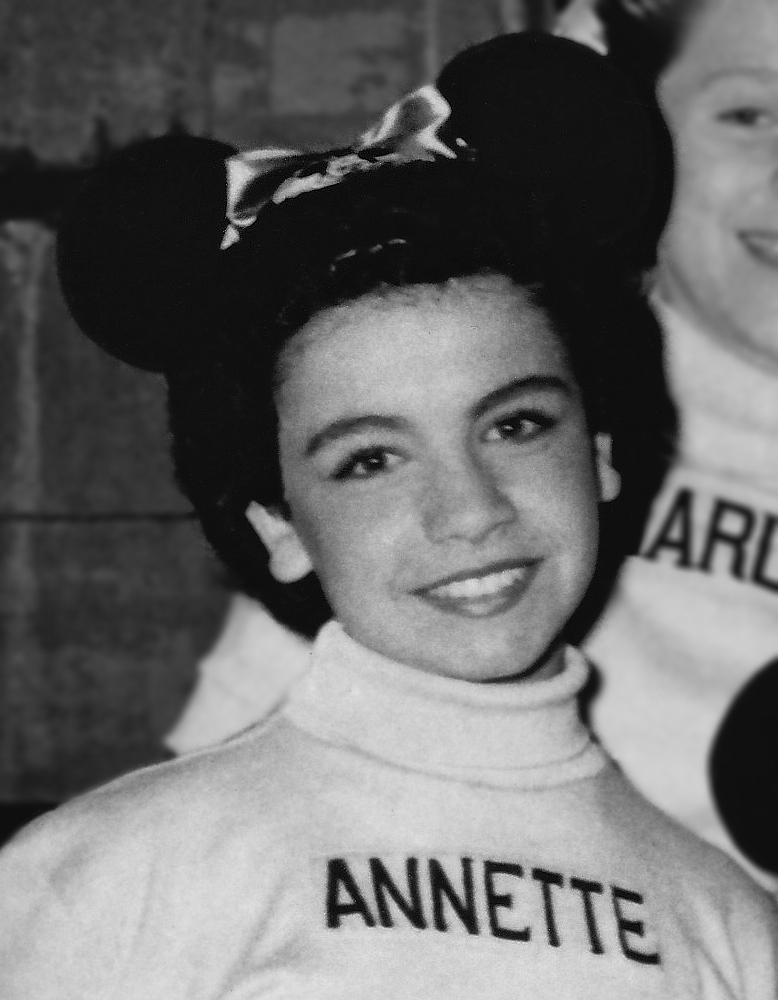 Deepak is 75 today, but has told us that he will not die! He has real diamonds in his glasses: 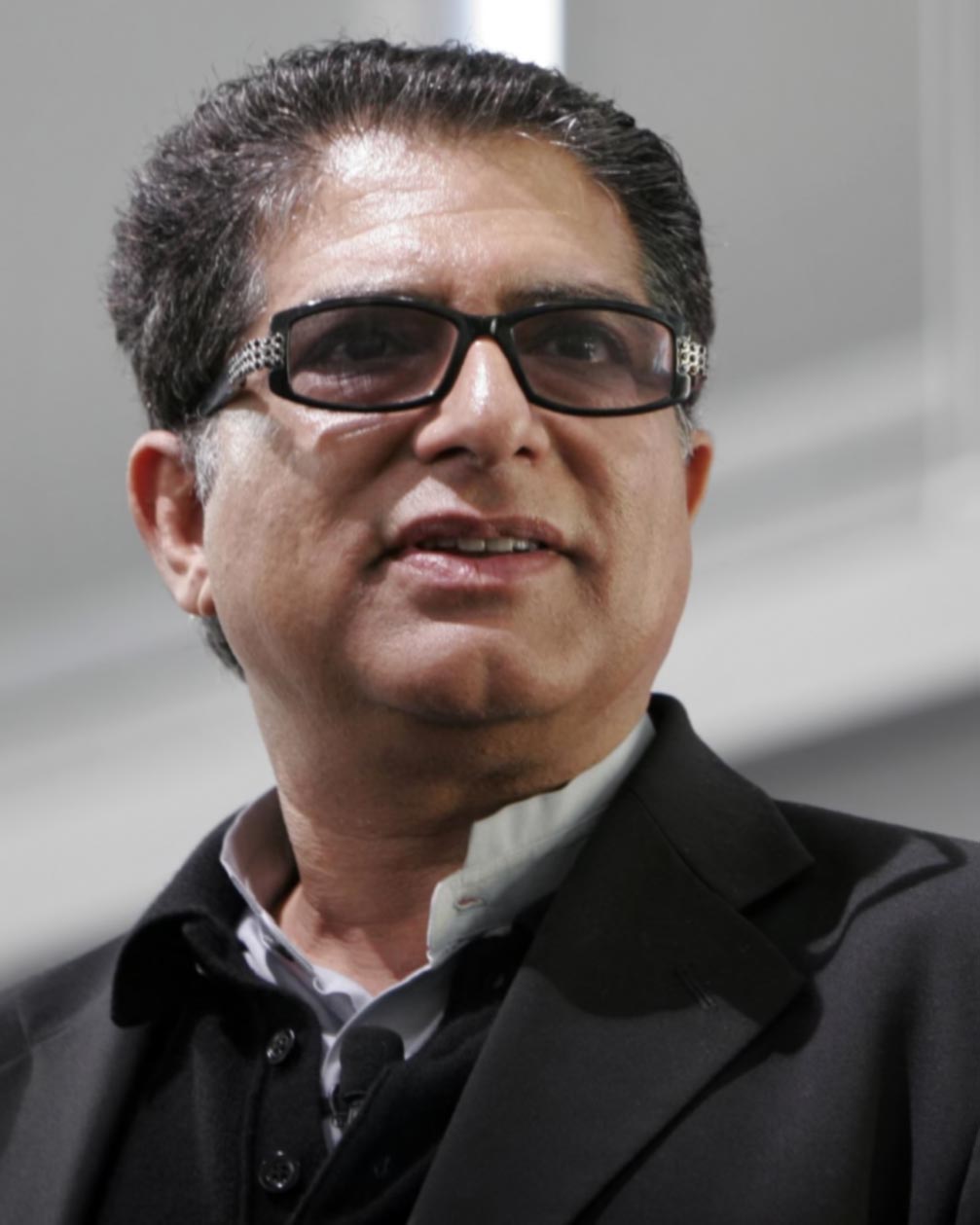 Those who were vetted by St. Peter on October 22 include:

I’ve always thought that there’s something lacking in my taste in art because Cezanne’s work doesn’t move me at all as it does most cognoscenti. (I always thought his repute came more from his place as the premier Postimpressionist rather than from the quality of his work. So sue me!) The one below (“Bathers”) isn’t bad, but he’s no Van Gogh. . . . 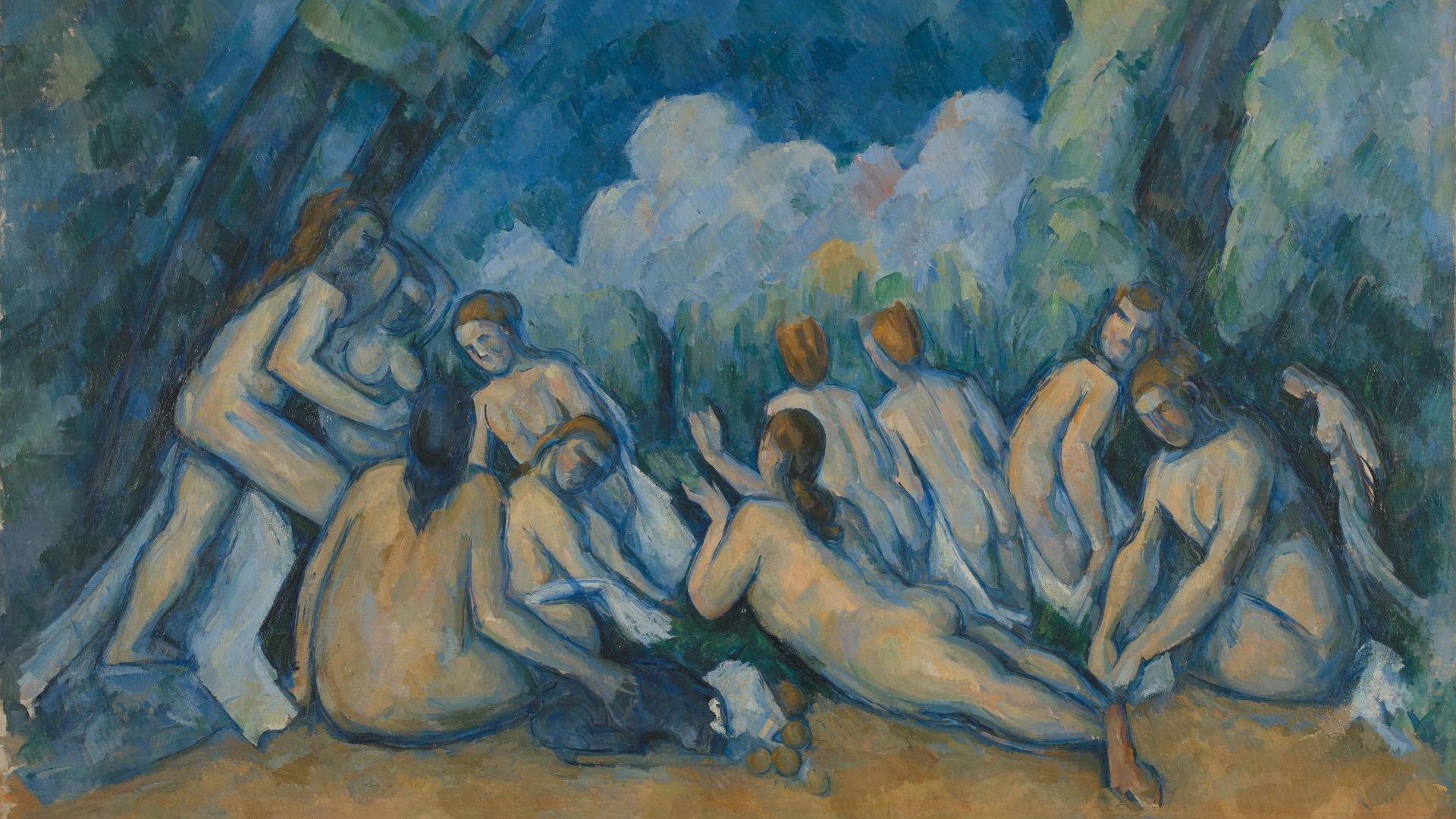 Meanwhile in Dobrzyn, Andrzej and Malgorzata had all their windows replaced yesterday, so I was puzzled by today’s dialogue. Malgorzata responded:

The dialogue was written a day before replacement. Our (and your readers don’t know about our window replacement). And Andrzej is paraphrasing a very old joke from the time of our youth (it was an in-joke, for Poles over 70 only):

A young couple with their toddler son are camping at the lake. The boy gets terribly dirty. The husband says to his wife: “Do we wash him or make a new one?”

Hili: I’m wondering.
A: What about?
Hili: Whether you are going to wash this window or rather replace it? 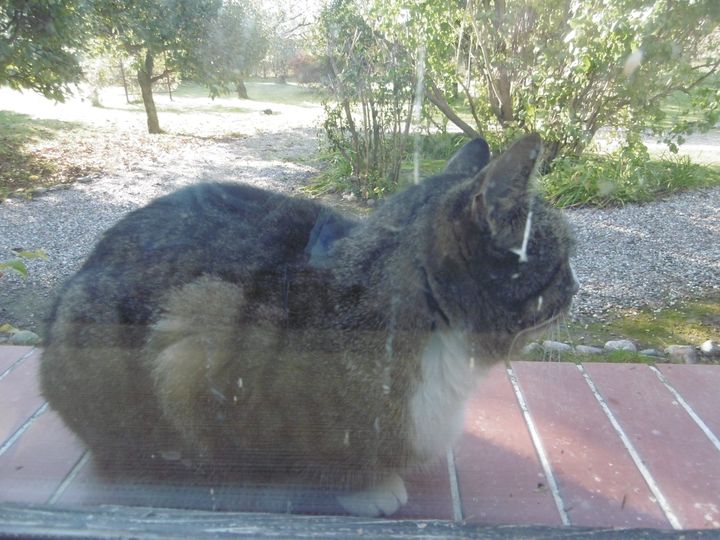 From Bruce, a grim prognosis (where’s the apostrophe in the caption?): 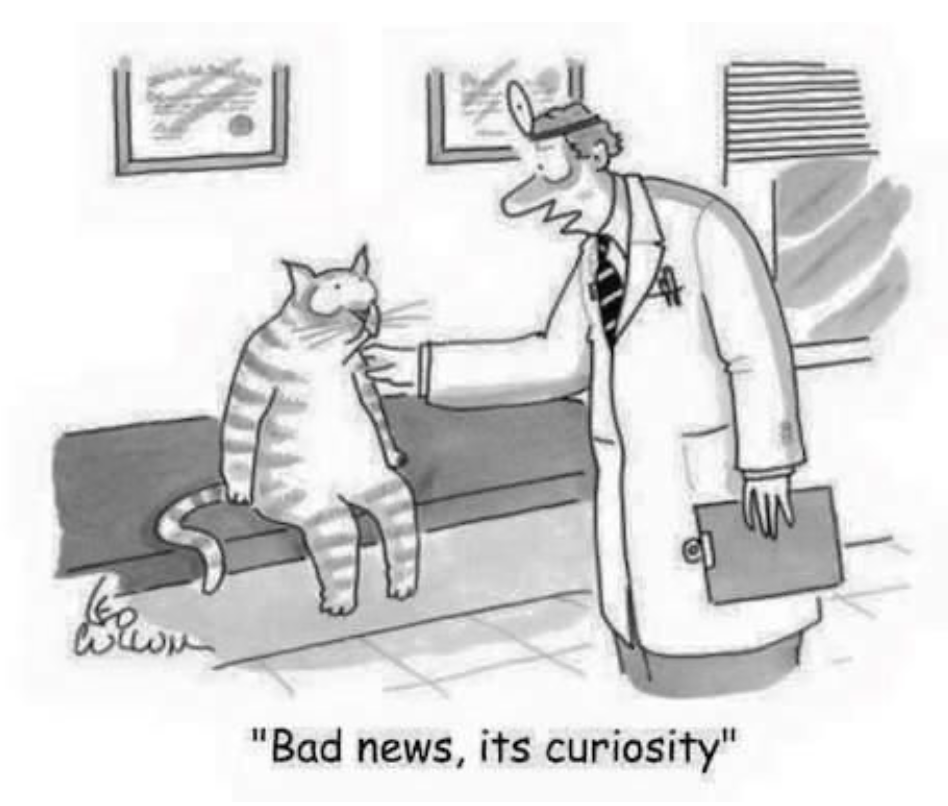 From Stash Krod, and this is a nefarious trick. It took me a minute to figure this out:

Speaking of tricks rather than treats, read Stephen sent this: 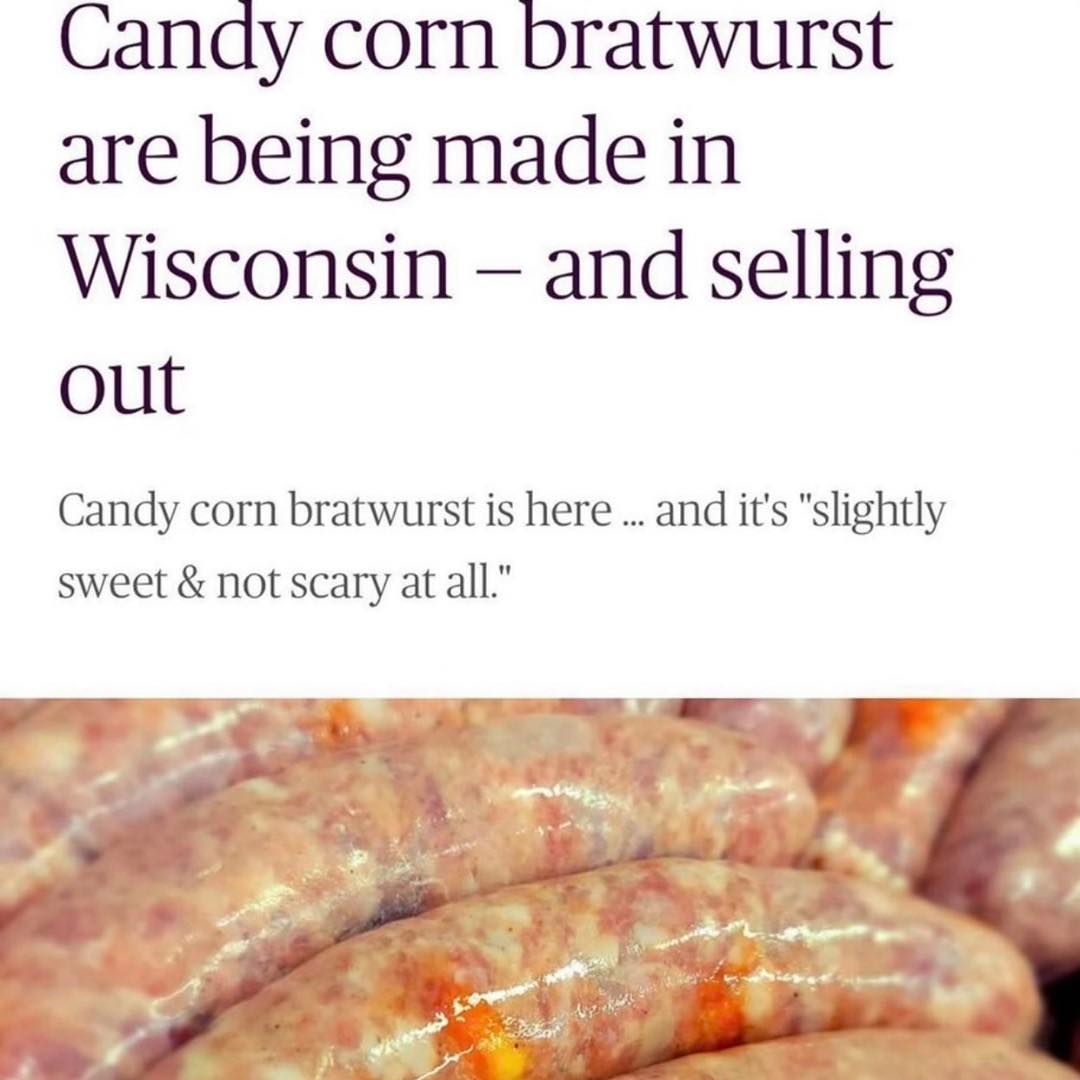 From Titania. Apparently one of the Netflix protestors who picketed the company grabbed a Chappelle supporter’s placard, broke it, handed the stick back to the protestor, and then beefed that the Chappelle supporter had a weapon. Well, that’s what I heard, but I can’t verify it. If you have a tweet with that video, please email it to me or put it in the comments

Dave Chappelle fans are so dangerous.

This one was carrying a deadly weapon disguised as a placard.

Thankfully, these brave progressives were at hand to peacefully smash it up and reveal his violent intentions.#BeKind #LoveWins #RepentMotherfucker pic.twitter.com/q1lydLf5sk

From Ken, who calls this “stranger than fiction”. Indeed! The world would be a boring place without loons like this:

Rachel Hamm, a GOP candidate for secretary of state in California, claims that she had a dream that someone was going to break into her house and murder her. She brags that she prayed it away and instead her neighbor, who was a witch, was murdered. pic.twitter.com/Q6mB3xmLmD

From Simon, who saw this at 3 a.m. on Twitter when he couldn’t sleep. Early morning perusal of Twitter, he says, is apparently a bad idea. Kristol does have a good sense of humor, though.

Tweets from Matthew. Look at this adorable orphaned Tawny Frogmouth. It looks like a cotton ball with a gaping maw!

Today’s #NationalBirdWeek star come from our partners at @BonorongTAS. This tiny Tawny Frogmouth chick arrived at the Wildlife Hospital at only a few days old and needed some expert care to prepare for adulthood without his parents. pic.twitter.com/71jZOU0YvW

What an appreciative audience!

Turkeys have a wicked sense of humor.. pic.twitter.com/yOkjfY83NK

This innocuous planthopper is almost certainly mimicking a jumping spider. Have a look at salticids.

Derbid Planthopper (Rhotana sp., Rhotanini, Derbidae)
These tiny planthoppers are included in a complex of arthropods who, by virtue of their wing markings and postures, are believed to be mimicking jumping spiders (Salticidae).https://t.co/mGb8xntRhS#insect #China #Yunnan pic.twitter.com/Q4EeqZNPpW

Even tiny kittens have wicked points (five of their six ends are pointed):

A rare sight (I think Matthew is feeling sentimental today):