Please send in your wildlife photos, as well as two photos (cat and paw) of your polydactylous cat for a special feature. (Be sure to give the number of toes.)

Today’s contribution is from reader Paul Edelman, a professor of Mathematics and Law (!) at Vanderbilt University. Paul’s notes are indented, and you can enlarge his photos by clicking on them.

We live about 3 miles from downtown Nashville in a housing development built on an old golf course in 1993.  They managed to keep a lot of the water and some of the old trees so we actually get some interesting migrating birds settling in for a short stay on their way south. The trees seem to be infested with caterpillars and so the birds are able to refuel before the next leg of their journey.  These pictures (all taken with a Nikon D-500 camera and Nikkor 500mm f5.6 lens) were all taken in the neighborhood. 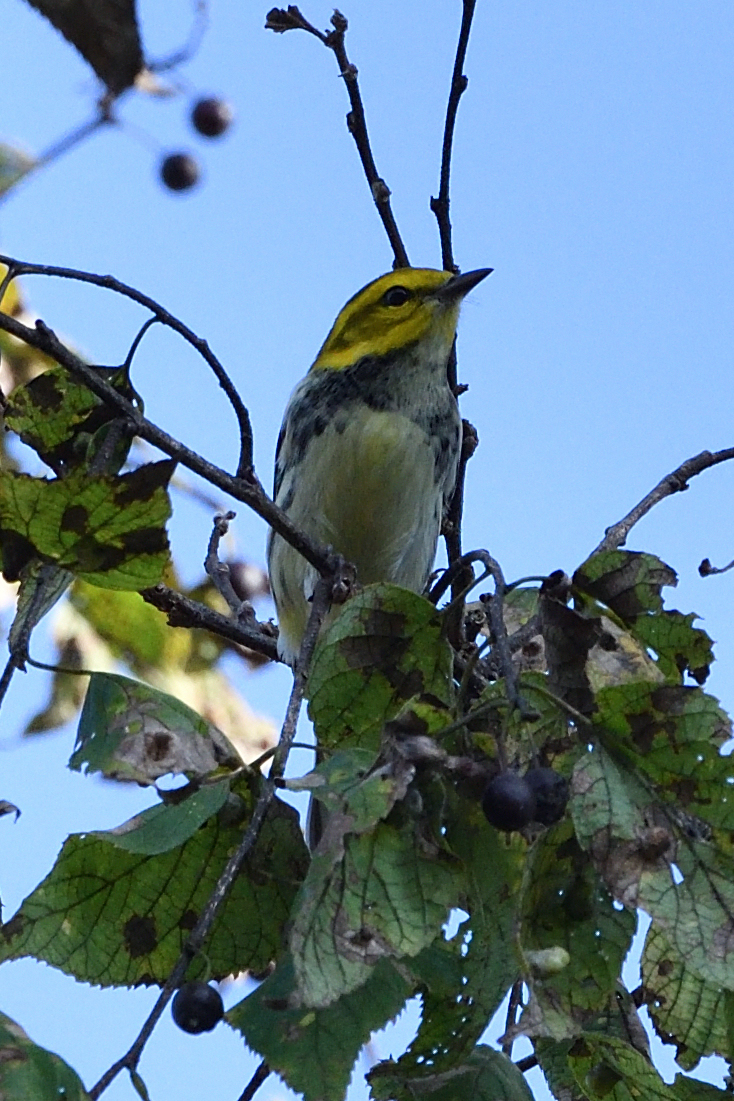 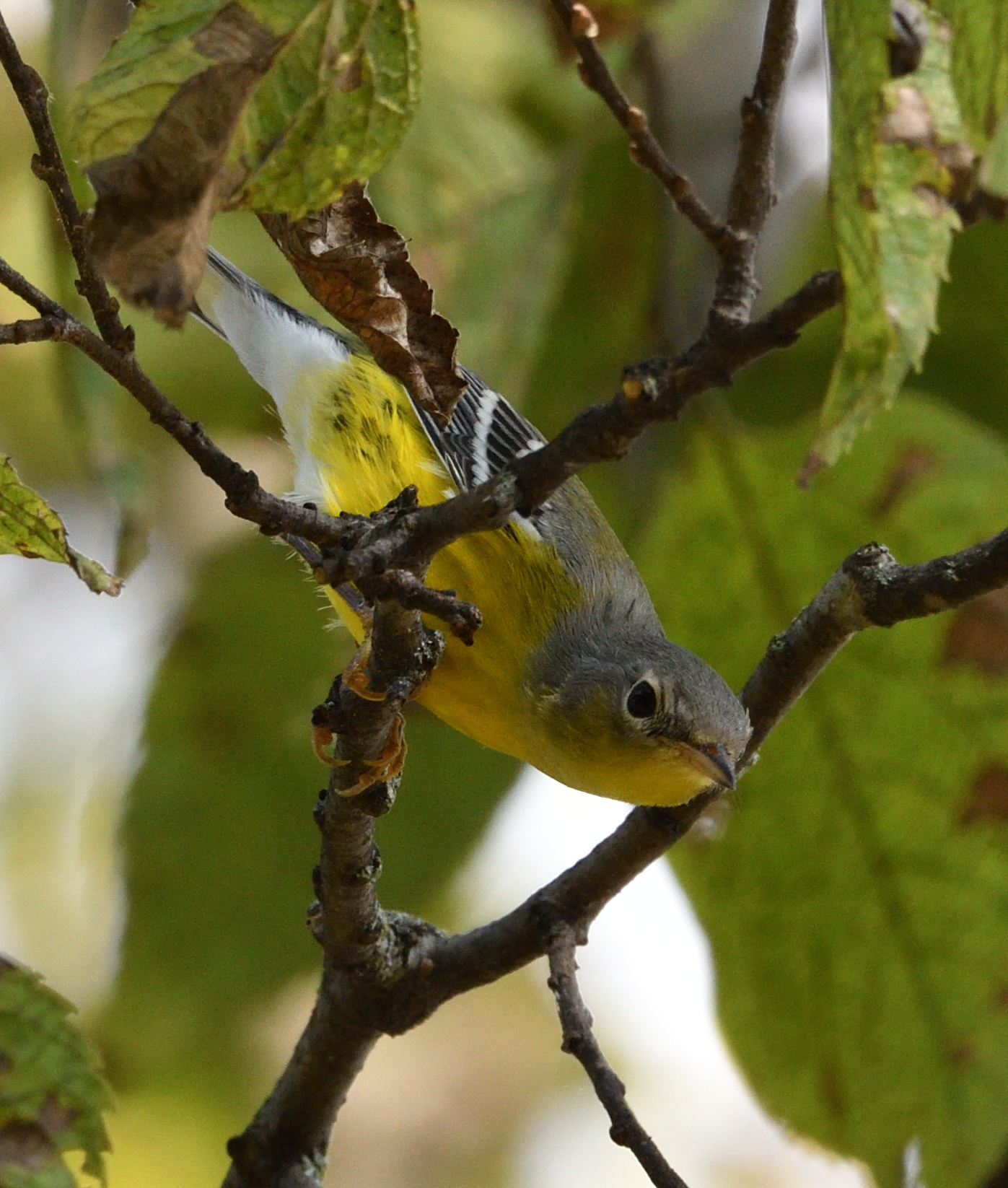 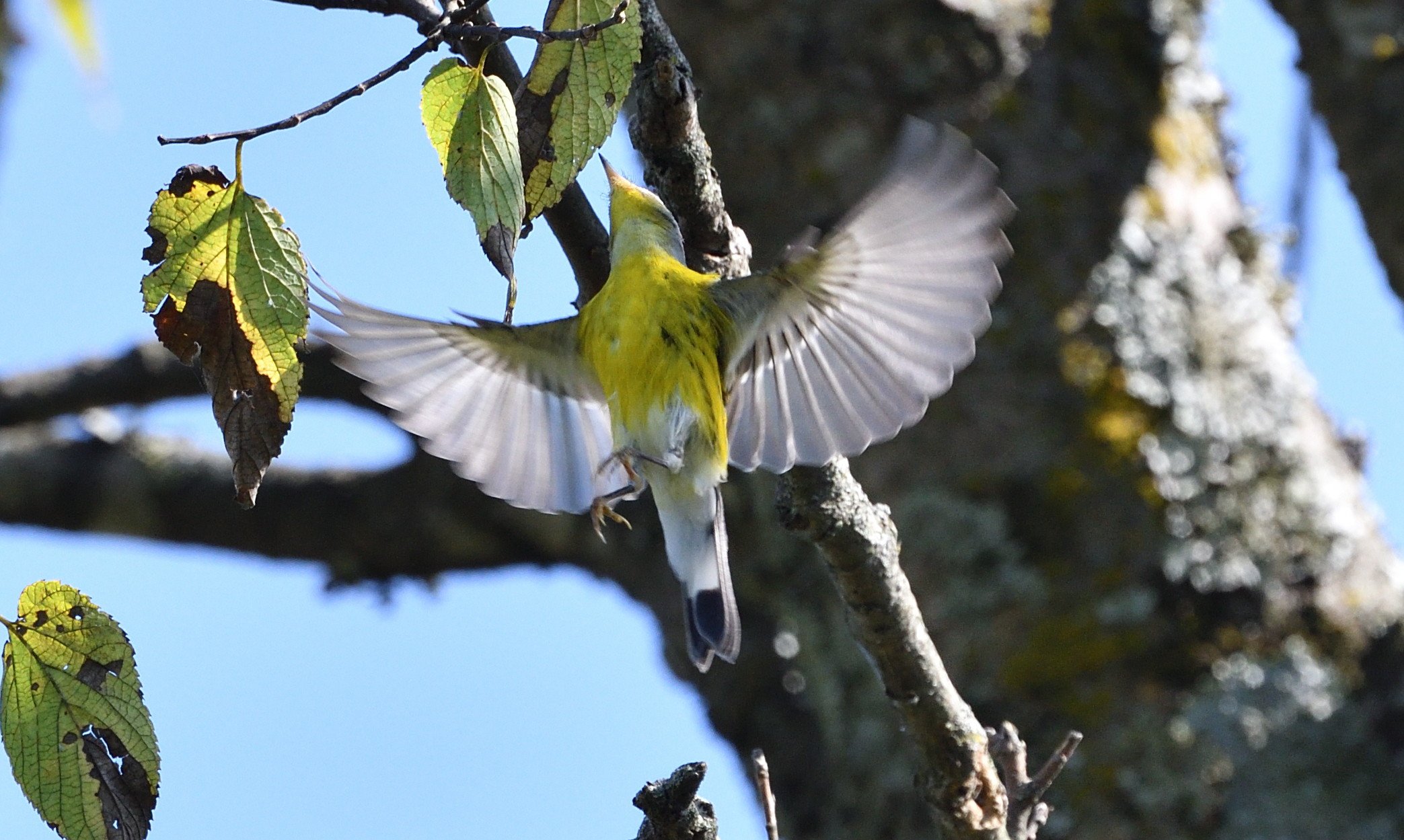 I’ve also seen some Tennessee warblers (Vermivora peregrina) and one lonely northern parula (Parula americana).  But while craning my neck in search of warblers I sometimes come upon other birds of interest. 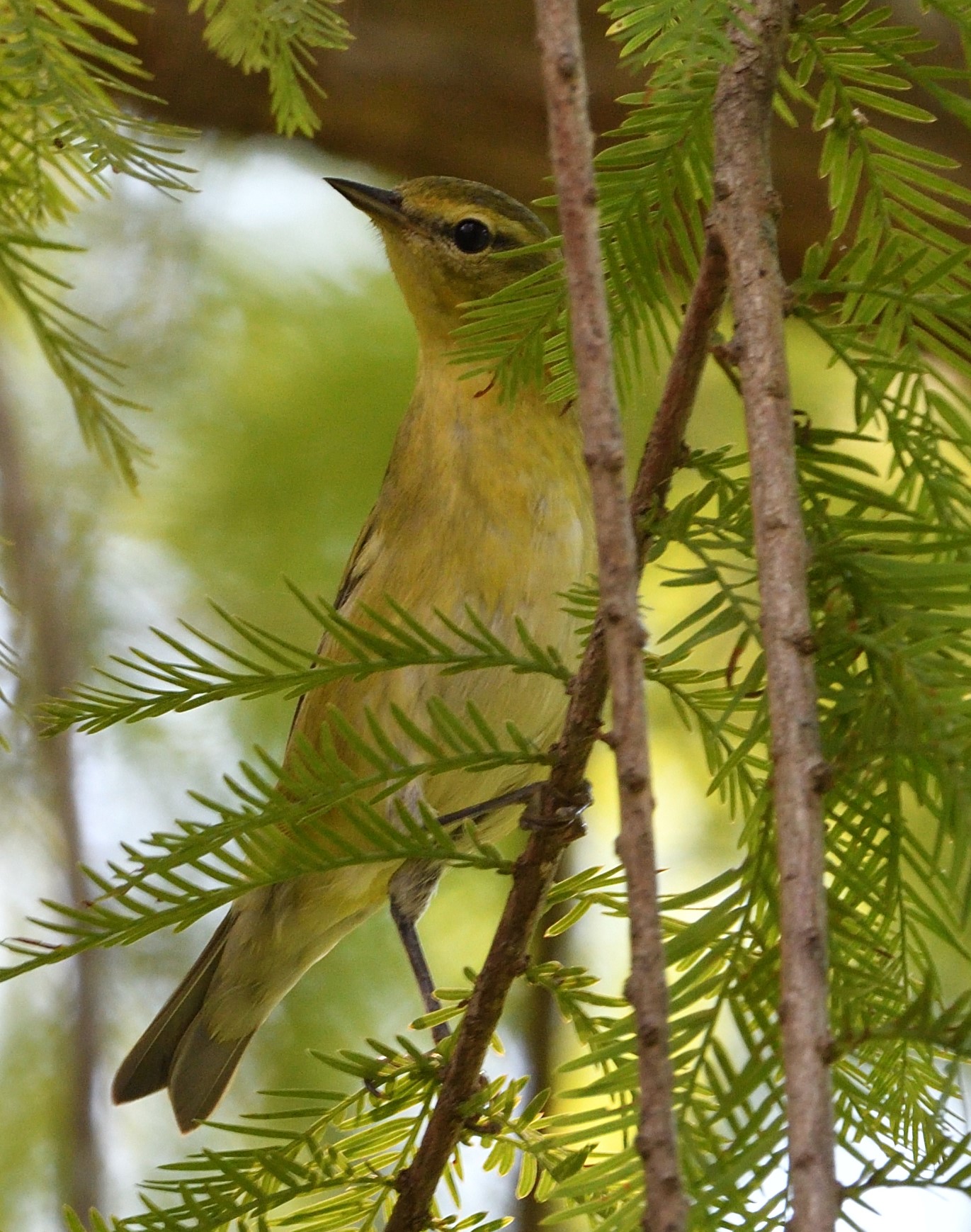 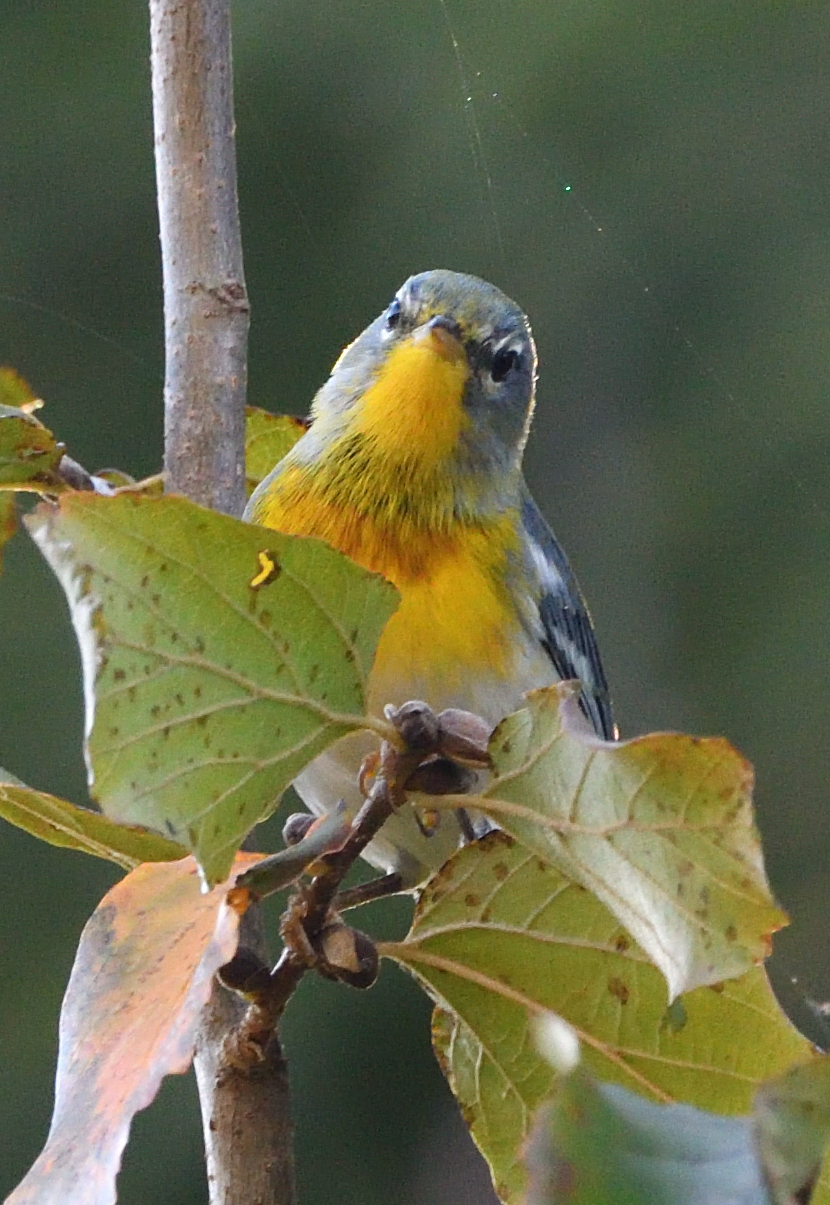 Here is  an eastern wood-peewee (Contopus virens) that flew in and perched on a dead tree limb.  Of course I could be wrong about the identification since many of these flycatchers look alike, especially in the fall. 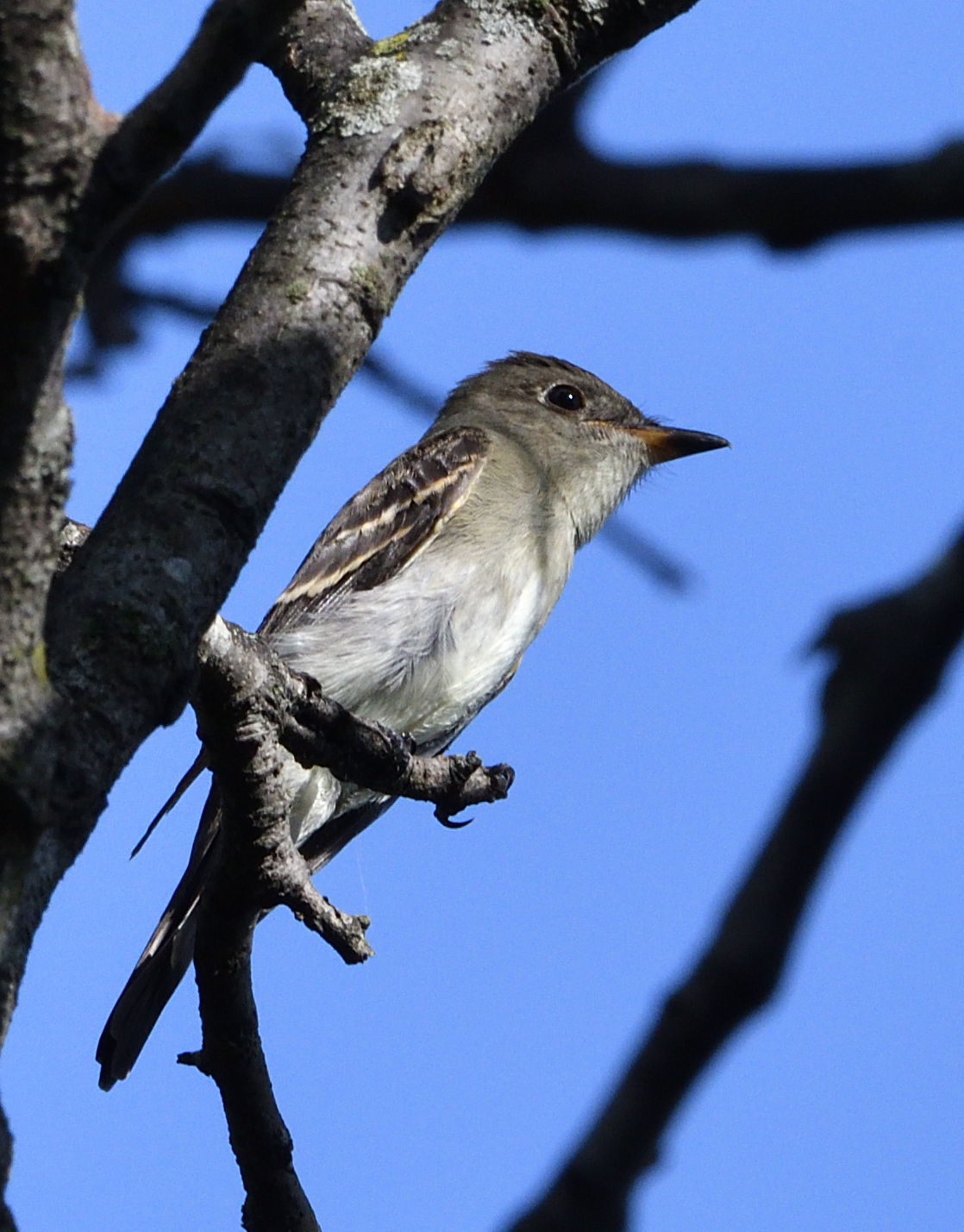 Finally, I thought your readers might find the duck that you and I have discussed off-line of interest.  It was swimming all alone in the drainage pond.   My son thinks it might suffer from leucism, a genetic mutation that affects the plumage.  You suggested it was a wild hybrid of a mallard with a white Pekin.  Your readers can take a vote to settle the dispute!

JAC: This is surely a male mallard (Anas platyrhynchos), but I don’t really know where the colors come from. If it was leucism, I’d think the head would be green. You tell me! 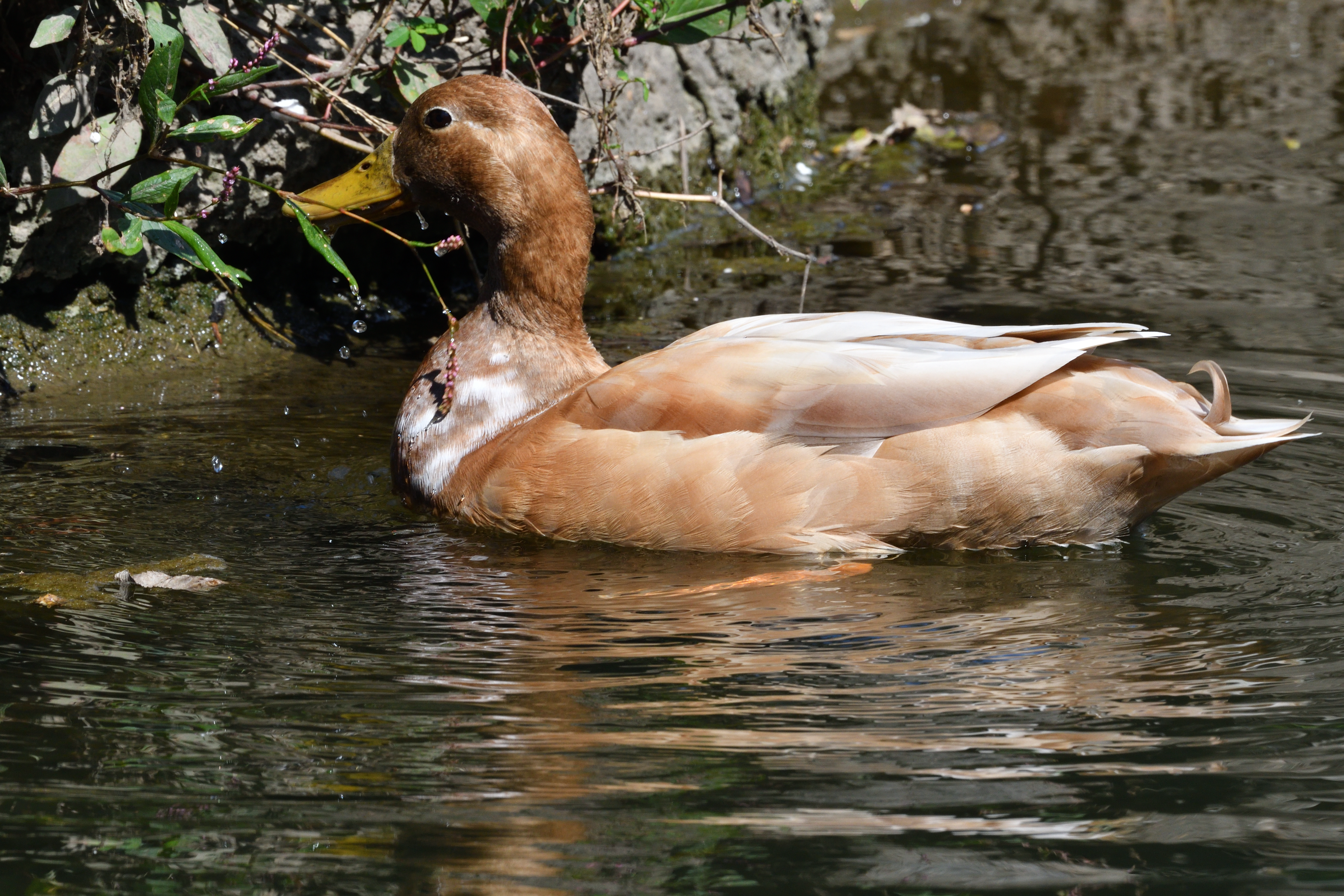