I have a queue of photos, so if you haven’t seen yours yet, please be patient. And of course I can always use more.

Today’s photos are by Tony Eales from Queensland. His captions and IDs are indented, and you can enlarge his photos by clicking on them.

I’m headed to the outback next week so with luck I’ll have some cool things to share when I get back. For now I have a grab bag of reasonably recent shots of this and that.

I’ll start with a new mimic for me. This is one of several jewel beetles that mimic the presumably very unpalatable lycid beetles. This is the most widespread species being found in every mainland state of Australia, mainly across the southern half: Castiarina rufipennis. 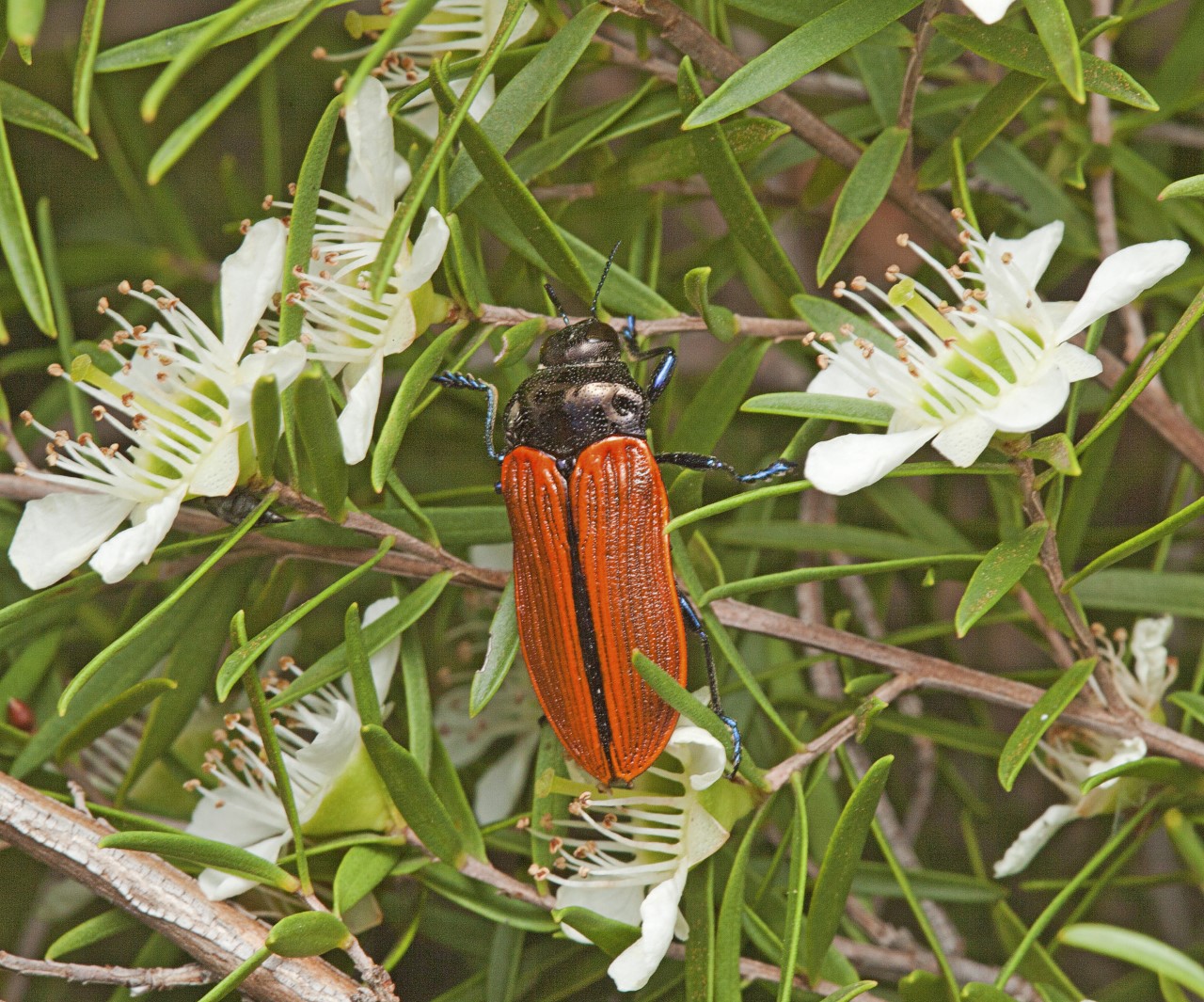 And is the model, Porrostoma rhipidius. Very common in spring. 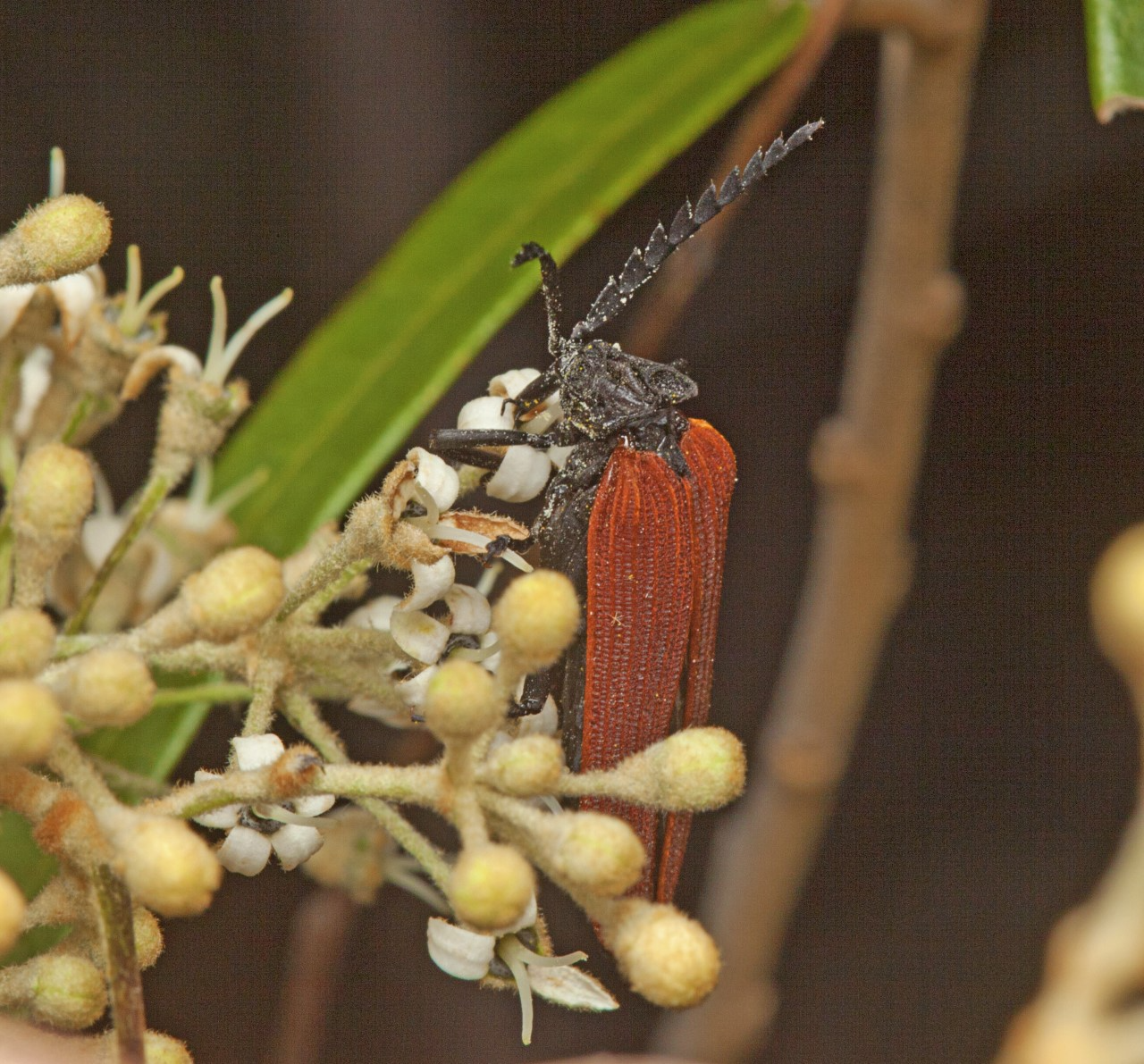 These are tiny Monomorium sp. known as Timid Ants. But they’re struggling mightily with this seed. 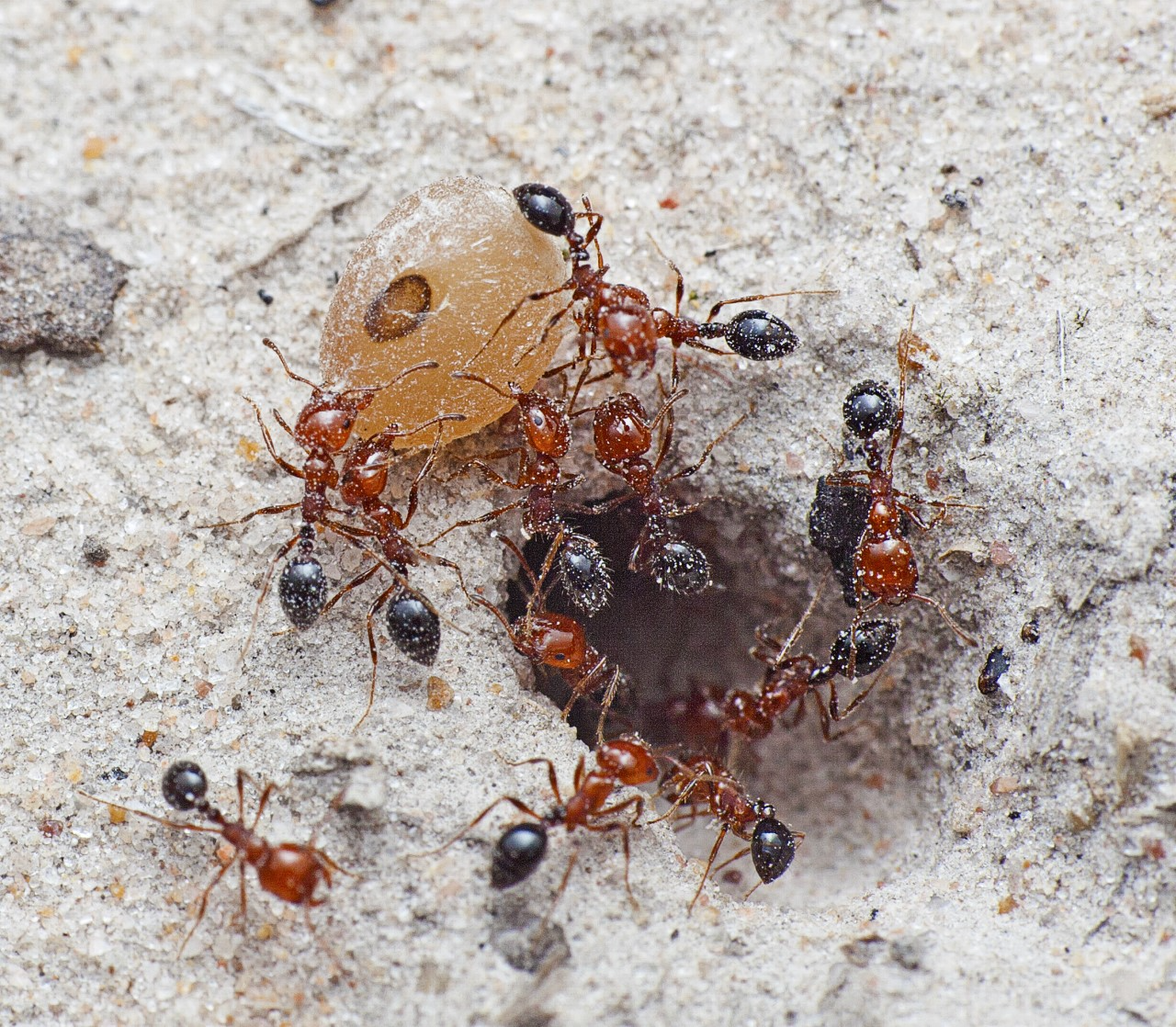 One of our common species of fish that lives in both brackish and fresh water. Pseudomugil signifer Pacific Blue Eye. They are a popular aquarium fish here and a member of the colourful family of Gondwanan and mostly Sahulian freshwater fish Melanotaeniidae, known commonly as Rainbowfish. Unfortunately, these blue-eyes are being driven out by the imported Gambusia mosquitofish. These Central American fish are livebearing and eat the scattered eggs of rainbowfish like Blue eyes as well as occupying the same niche. 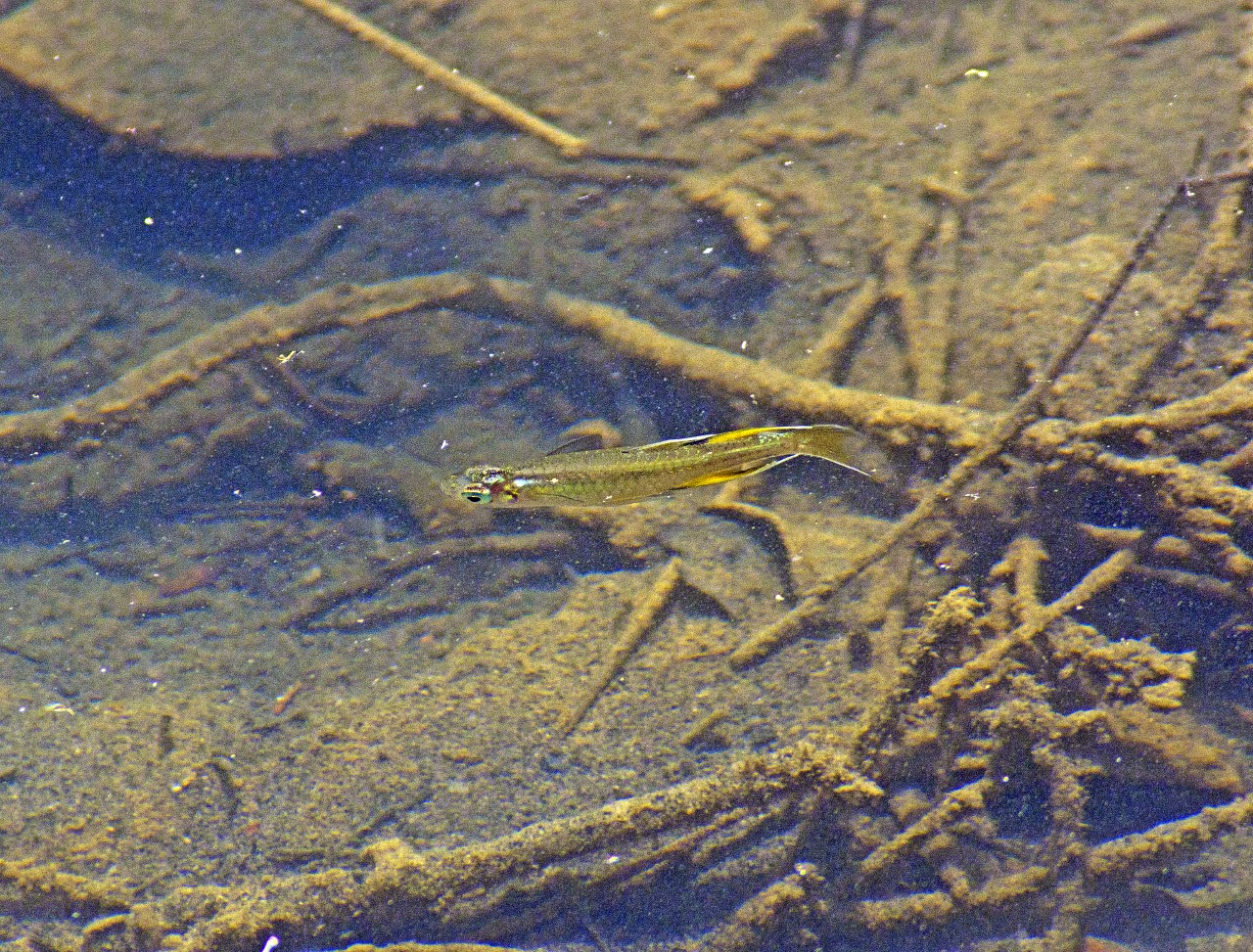 As everyone should know by now, I love spiders. However, I’m also fascinated by the fungi that prey on them. This is probably Gibellula sp. 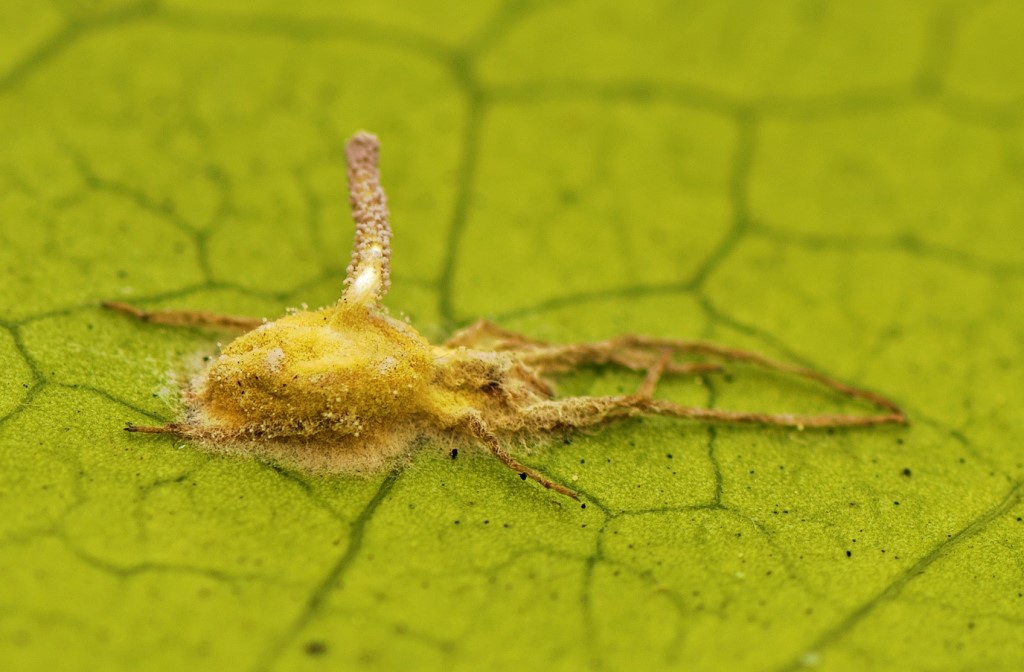 Finally, an orchid I’ve seen plenty of times in the rainforest near me but never caught flowering before. It is an epiphyte, Plectorrhiza tridentata, the Common Tangle Orchid. 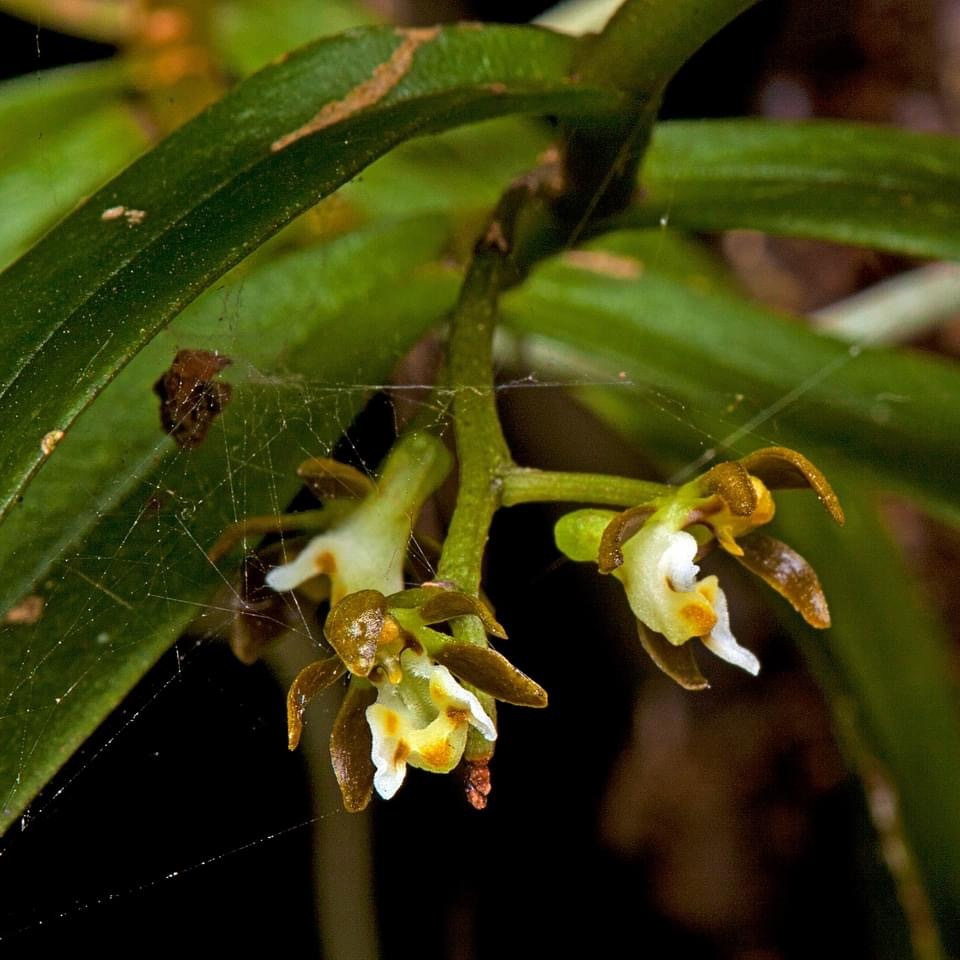