Yes, I know that ivermectin is used against human lice, rosacea, and worms, and is safe when used properly. And it’s also used against worms in horses, though the veterinary formula appears to differ from the human drug, so those people who buy and swallow animal ivermectin are just dumb.

What I do not know, because the data are unclear, is whether ivermectin is a palliative or preventive of Covid-19. Some studies say that, but none of the studies published so far adhere to the gold standards of drug testing: double-blind randomized tests with very large sample sizes, carried out over a decent length of time. If you look at the FDA link to existing studies below, you’ll see that only one study used a placebo, and only a couple used “standard care”, (i.e. neither vaccination nor drug given).  Most studies appear to be retrospective analyses of ivermectin treatments without controls, and those are worthless.

Because of this, the FDA has definitely warned against ivermectin’s use against covid (and gives a link to existing tests). FDA says this:

Here’s What you Need to Know about Ivermectin.

It also notes that ivermectin, though safe when taken as directed by itself, can interact negatively with other drugs taken by humans.

And here’s one other thing I don’t know for sure, but strongly suspect: if you have a choice of getting vaccinated with any of the major vaccines, and not taking ivermectin, versus another choice of not getting vaccinated but taking ivermectin, your chances of illness and death will be higher if you choose the latter, and that includes possible side effects of both treatments. I don’t think there’s been a controlled study of this, but we’ll have the data some day.

Sure, it’s possible that ivermectin may have some useful effects against Covid-19, preventing or mitigating its symptoms. But we can’t say that with confidence until the results of large studies in progress are completed. They’re not, so those who tell you to take ivermectin and avoid “dangerous” vaccinations are, insofar as they’re influencing anyone, putting lives at risk.

A new letter by five researchers in Nature Medicine (below) examines the studies combined in meta-analyses that purport to show the efficacy of ivermectin for Covid-19. The researchers find flaws in some of them that are so serious that they probably invalidate the conclusions. Click on the screenshot to read for free: 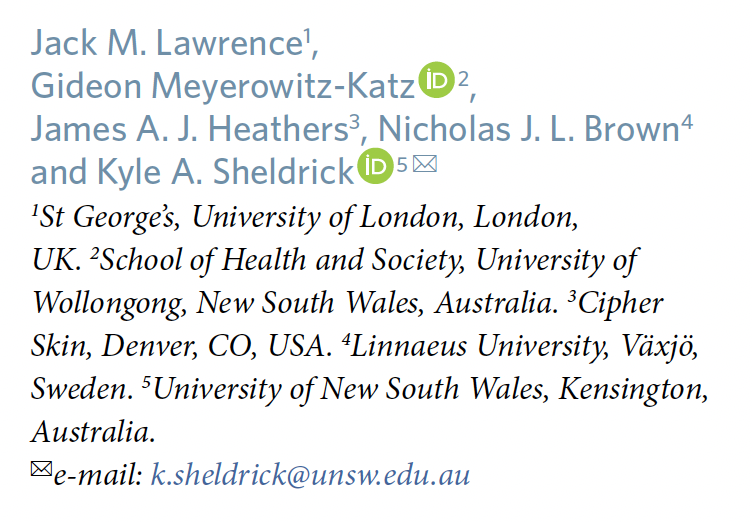 I’ve left out the references, but you can see them in the original letter. Here’s the gist of the author’s conclusions:

Research into the use of ivermectin (a drug that has an established safety and efficacy record in many parasitic diseases) for the treatment and/or prophylaxis of COVID-19 has illustrated this problem [relying on “high volumes of recent, often unpublished trial data of variable quality”] well. Recently, we described flaws in one randomized control trial of ivermectin, the results of which represented more than 10% of the overall effect in at least two major meta-analyses. We described several irregularities in the data that could not be consistent with them being experimentally derived. That study has now been withdrawn by the preprint server on which it was hosted. We also raised concerns about unexpected stratification across baseline variables in another randomized controlled trial for ivermectin, which were highly suggestive of randomization failure. We have requested data from the authors but, as of 6 September 2021, have not yet received a response. This second ivermectin study has now been published, and there is still no response from the authors in a request for data.

It is highly unethical for scientists to withhold published data from other researchers! The letter continues:

The authors of one recently published meta-analysis of ivermectin for COVID-19 have publicly stated that they will now reanalyze and republish their now-retracted meta-analysis and will no longer include either of the two papers just mentioned. As these two papers were the only studies included in that meta-analysis to demonstrate an independently significant reduction in mortality, the revision will probably show no mortality benefit for ivermectin.

Several other studies that claim a clinical benefit for ivermectin are similarly fraught, and contain impossible numbers in their results, unexplainable mismatches between trial registry updates and published patient demographics, purported timelines that are not consistent with the veracity of the data collection, and substantial methodological weaknesses. We expect further studies supporting ivermectin to be withdrawn over the coming months.

Since the above primary studies were published, many hundreds of thousands of patients have been dosed with ivermectin, relying on an evidence base that has substantially evaporated under close scrutiny.

All I know is that I wouldn’t take ivermectin without FDA or CDC approval, and if you’re doing so in lieu of getting vaccinated, you’re foolish.

Most, if not all, of the flaws described above would have been immediately detected if meta-analyses were performed on an individual patient data (IPD) basis. In particular, irregularities such as extreme terminal digit bias and the duplication of blocks of patient records would have been both obvious and immediately interrogable from raw data if provided.

We recommend that meta-analysts who study interventions for COVID-19 should request and personally review IPD in all cases, even if IPD synthesis techniques are not used. In a similar vein, all clinical trials published on COVID-19 should immediately follow best-practice guidelines and upload anonymized IPD so that this type of analysis can occur. Any study for which authors are not able or not willing to provide suitably anonymized IPD should be considered at high risk of bias for incomplete reporting and/or excluded entirely from meta-syntheses.

Hurdles to the release of IPD from clinical trials are well described, and generally addressable with careful anonymization and integration of data sharing plans at the ethical approval stage of trial planning.

We recognize that this is a change to long-accepted practice and is substantially more rigorous than the standards that are typically currently applied, but we believe that what has happened in the case of ivermectin justifies our proposal: a poorly scrutinized evidence base supported the administration of millions of doses of a potentially ineffective drug globally, and yet when this evidence was subjected to a very basic numerical scrutiny it collapsed in a matter of weeks. This research has created undue confidence in the use of ivermectin as a prophylactic or treatment for COVID-19, has usurped other research agendas, and probably resulted in inappropriate treatment or substandard care of patients.

Meta-analyses, of course, usually combine the results of different studies of a treatment to arrive at an overall conclusion, while IPD uses each patient across many studies as an individual datum to get an overall conclusion. I haven’t investigated the niceties of this analysis, but you can go here or here to see how it’s done.  I am not necessarily recommending this type of analysis, as I haven’t studied it, and those combined patients could also represent data that is dubious but undetectably so. I would therefore still recommend a large number of random, double-blind tests of ivermectin, each including large samples of patients as well as a control group given a placebo.

In the meantime, don’t listen to the neigh-sayers about vaccines. If you don’t have medical contraindications, get your jabs! (This is my recommendation as a doctor, though the wrong kind of doctor.)