I have returned, and I hope that some of you have accumulated wildlife photos to send me for the cache. Now is the time!

Today’s contribution of spider photos is from Tony Eales of Queensland. His notes and IDs are indented, and you can enlarge the photos by clicking on them.

Spider guru Dr Robert Raven, Head of Terrestrial Biodiversity & Senior Curator of Chelicerata at the Queensland Museum, has been telling me for some time now that the way to survey for spiders is to leave your diesel engine running for a while, and the spiders will come crawling out of the surroundings like hypnotised zombies. I had tried this a few times with little success, but recently I tried it on some sandy loam in coastal heath near Bundaberg, Queensland, and it worked beyond my wildest expectations.

Big spiders, little spiders, huntsmans and jumpers and especially ground spiders all came out toward the car. As did a lot of native cockroaches. And at one site the engine vibrations seemed to induce a bunch of spiders to compulsively climb a small tree near the car. I can’t wait to try it again.

Here’s a small sample of some of the things that came running to the siren call of the diesel engine.

One of the larger spiders to come out (around 20mm) and an unusual one. Asadipus sp. There are only seven observations of this genus on iNaturalist. It comes from an Australasian family Lamponidae which has the undeserved reputation of giving necrotic bites, though there is no solid evidence for this idea. 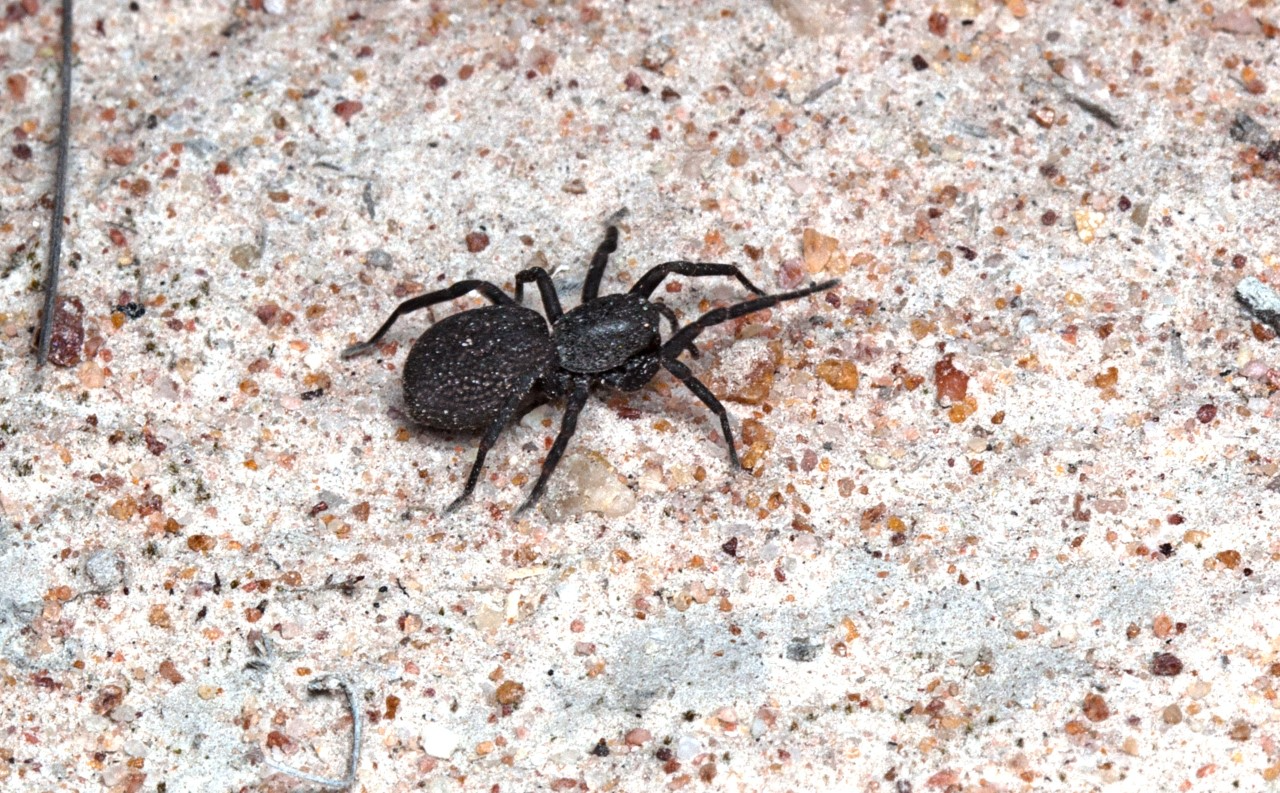 This little guy is probably Epicharitus sp or something related. This genus of striking black and white spiders belongs to the family Gnaphosidae. This is a varied cosmopolitan family known rather unhelpfully as Ground Spiders. [JAC: Wikipedia notes that “Epicharitus is a monotypic genus of Australian ground spiders containing the single species, Epicharitus leucosemus.”, so that may be the species.] 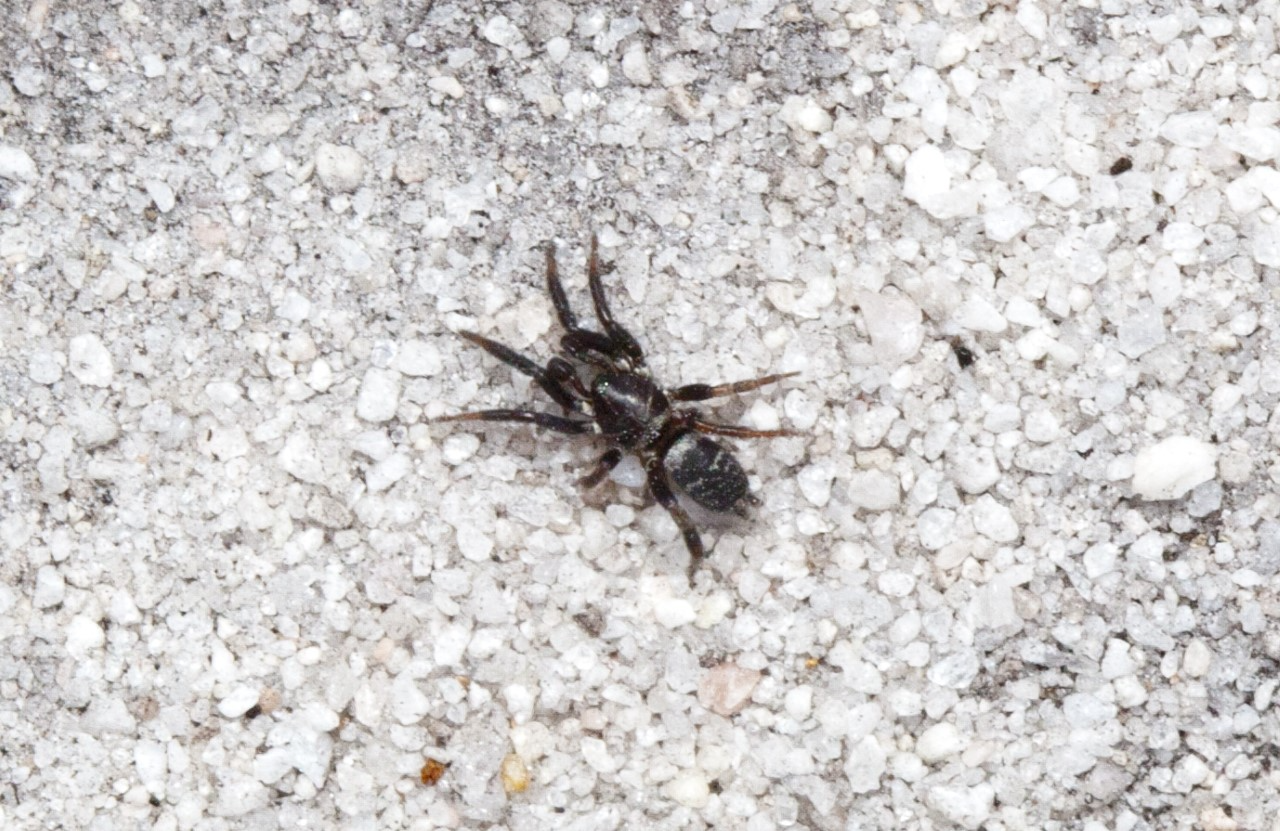 This one is Mituliodon tarantulinus, also knowns as the Little Tarantula even though it’s not remotely related to tarantulas. It’s in the family Miturgidae with the ominous common name of Prowling Spiders. 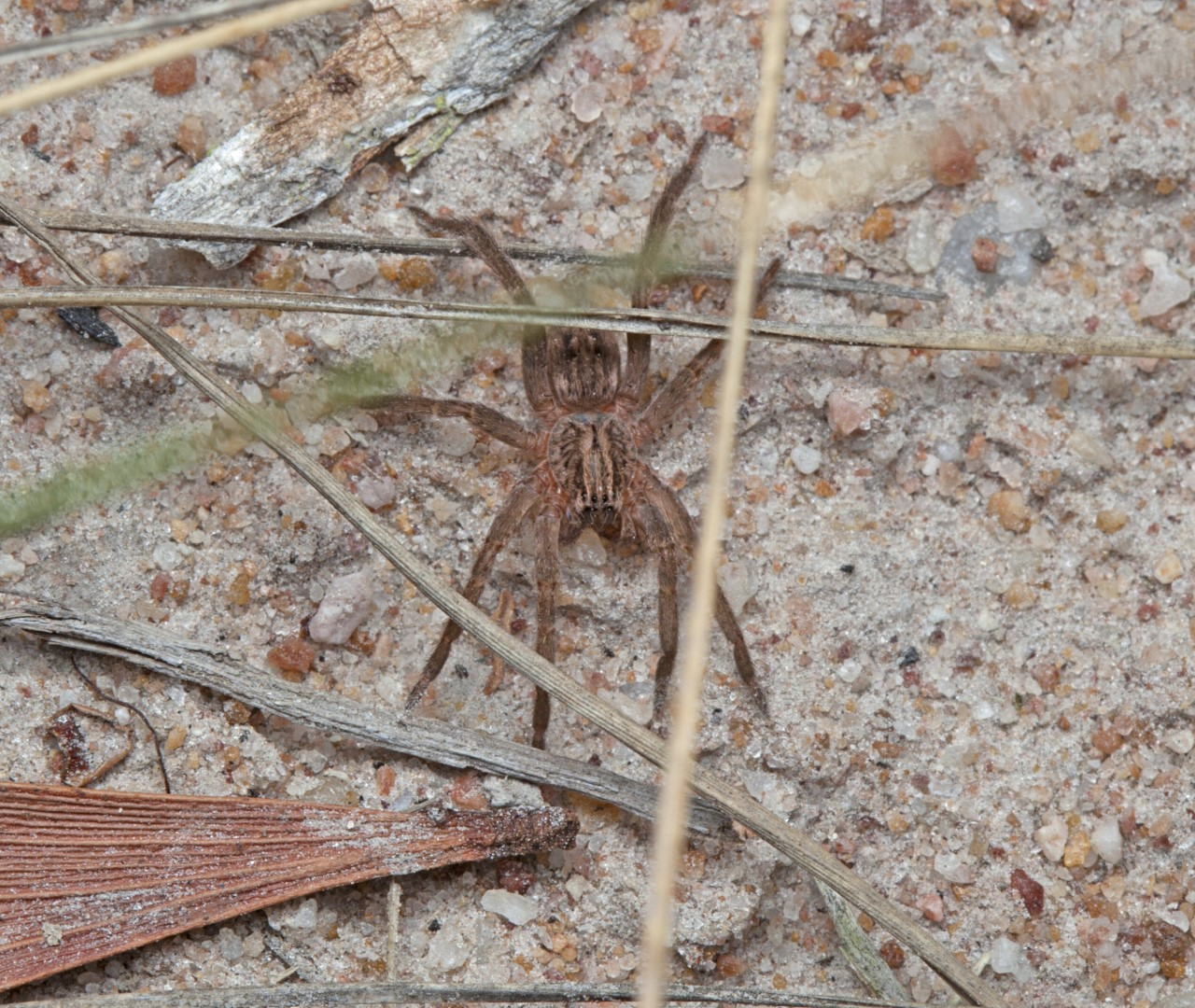 This is a juvenile wolf spider (Lycosidae). As it’s so young, it’s hard to guess at the ID. Quite pretty, though. 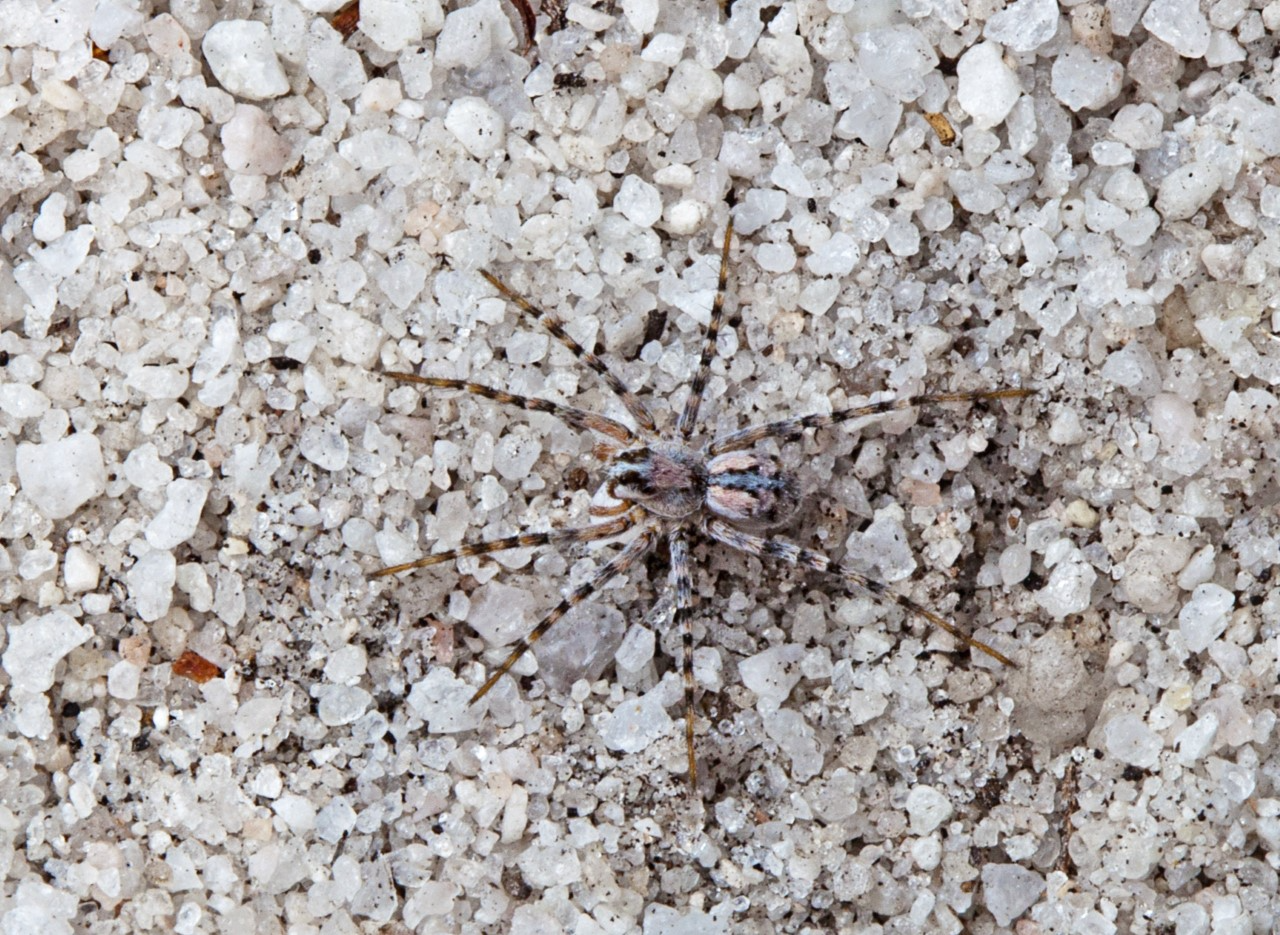 By far the most common family attracted to the car were members of the family Zodaridae AKA Ant Spiders. This one is Habronestes hunti and the next two are ones I have yet to get an ID for. 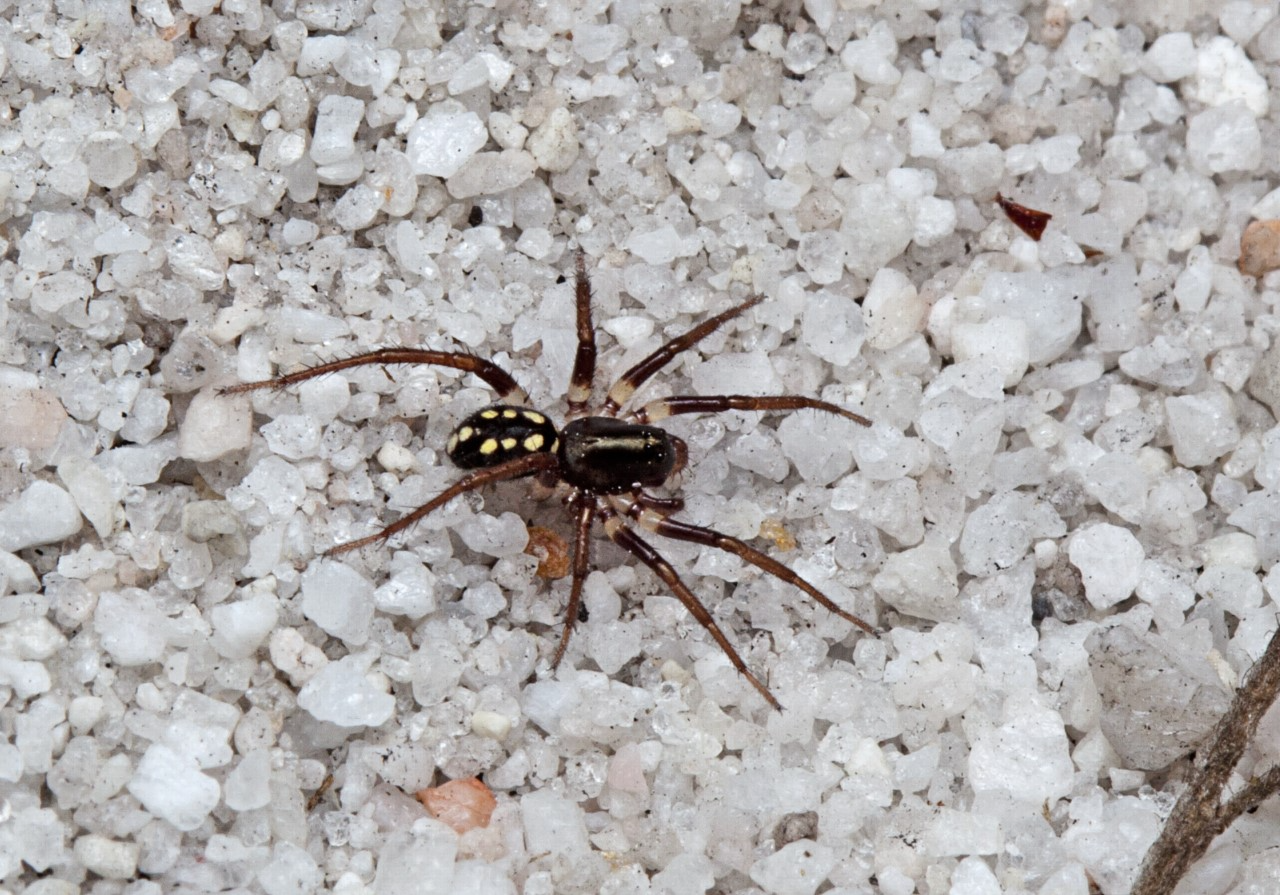 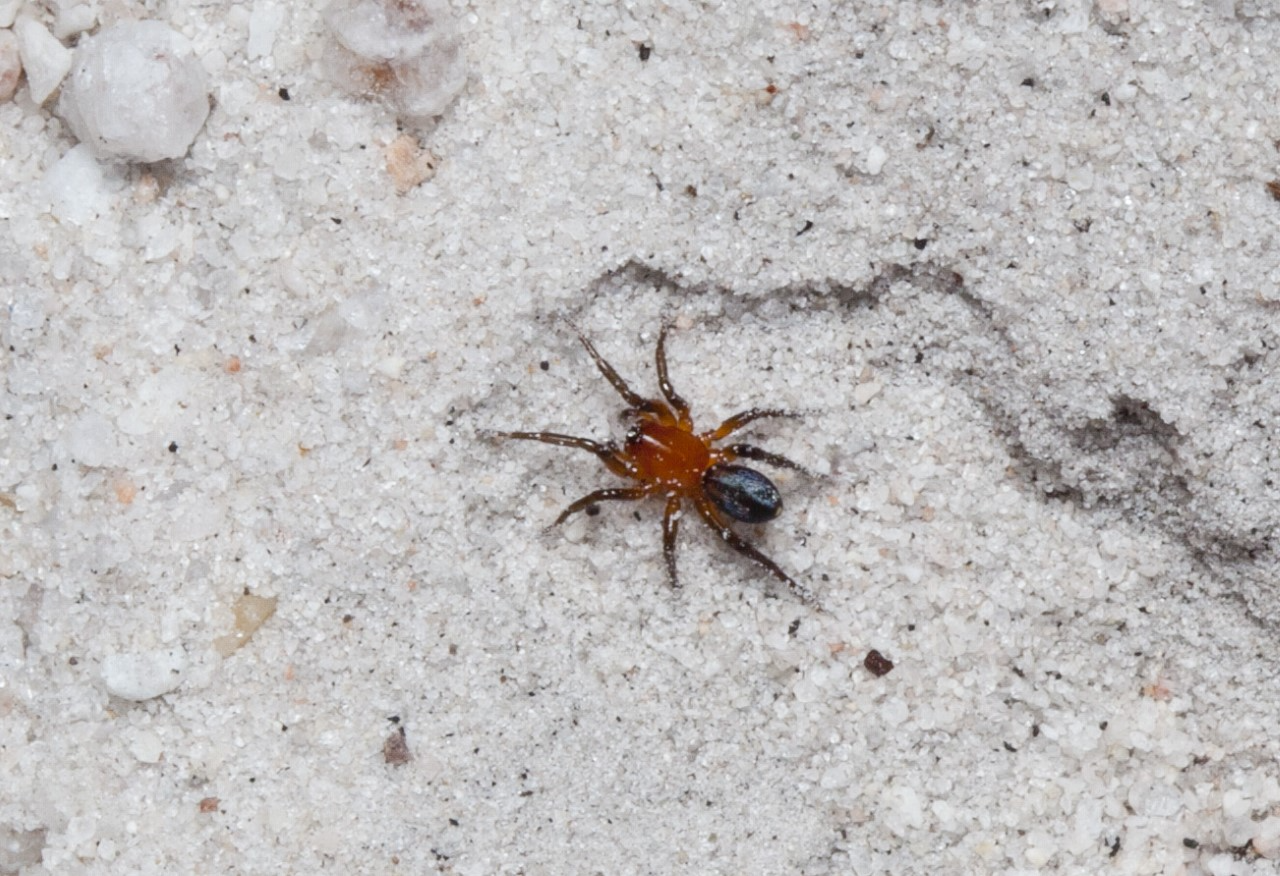 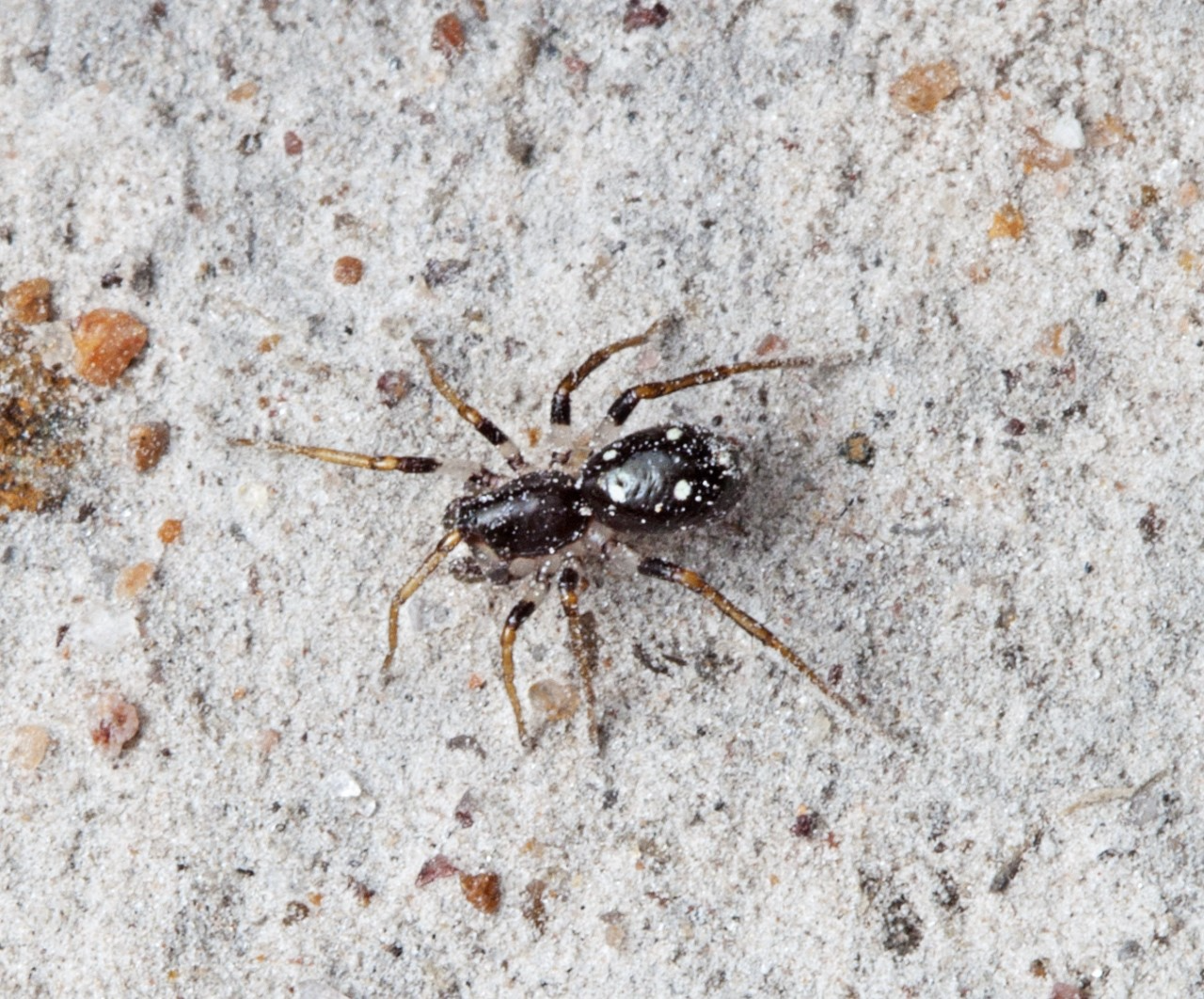 And lastly a couple of the spiders that climbed the small tree in response to the engine vibrations. Hamataliwa sp from the Lynx Spider family Oxyopidae. 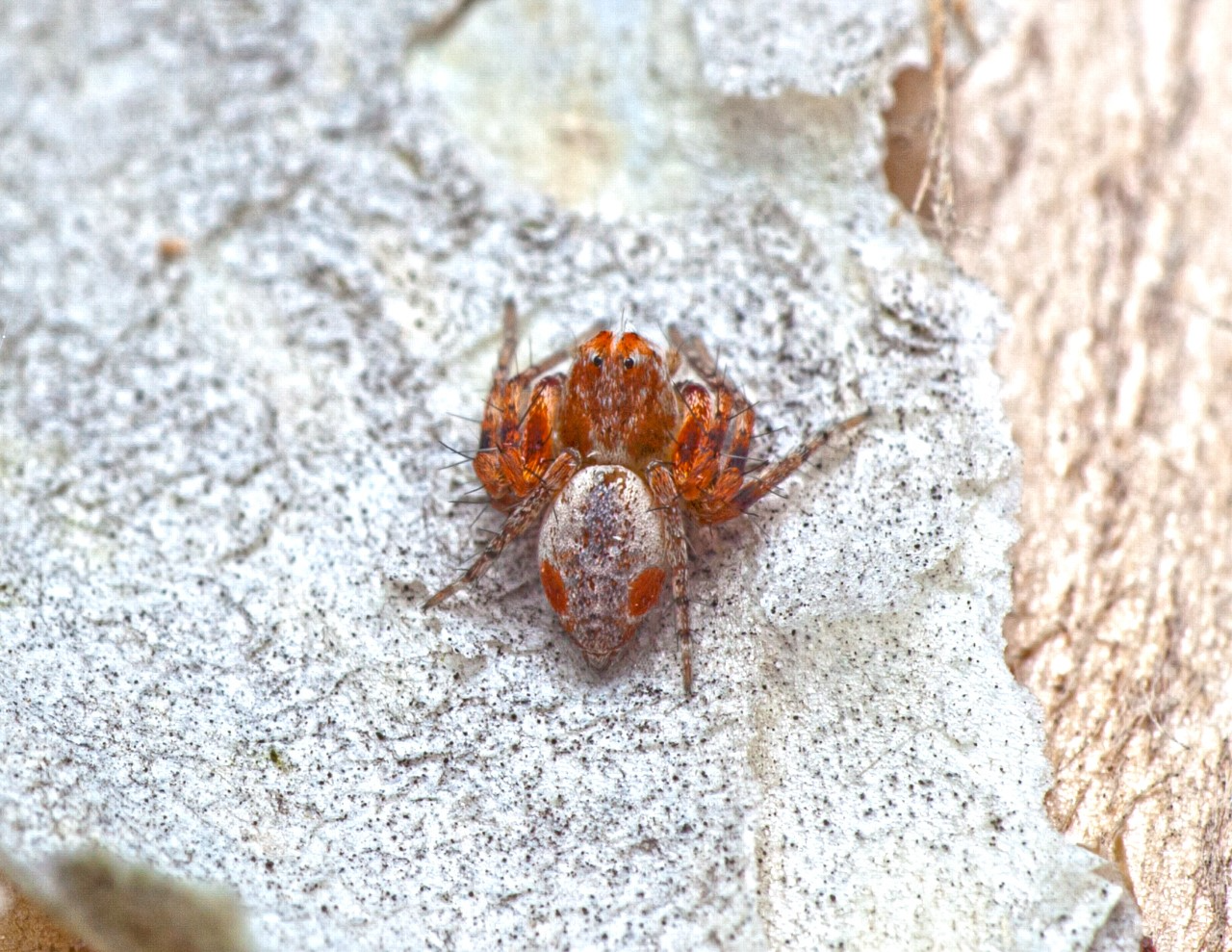 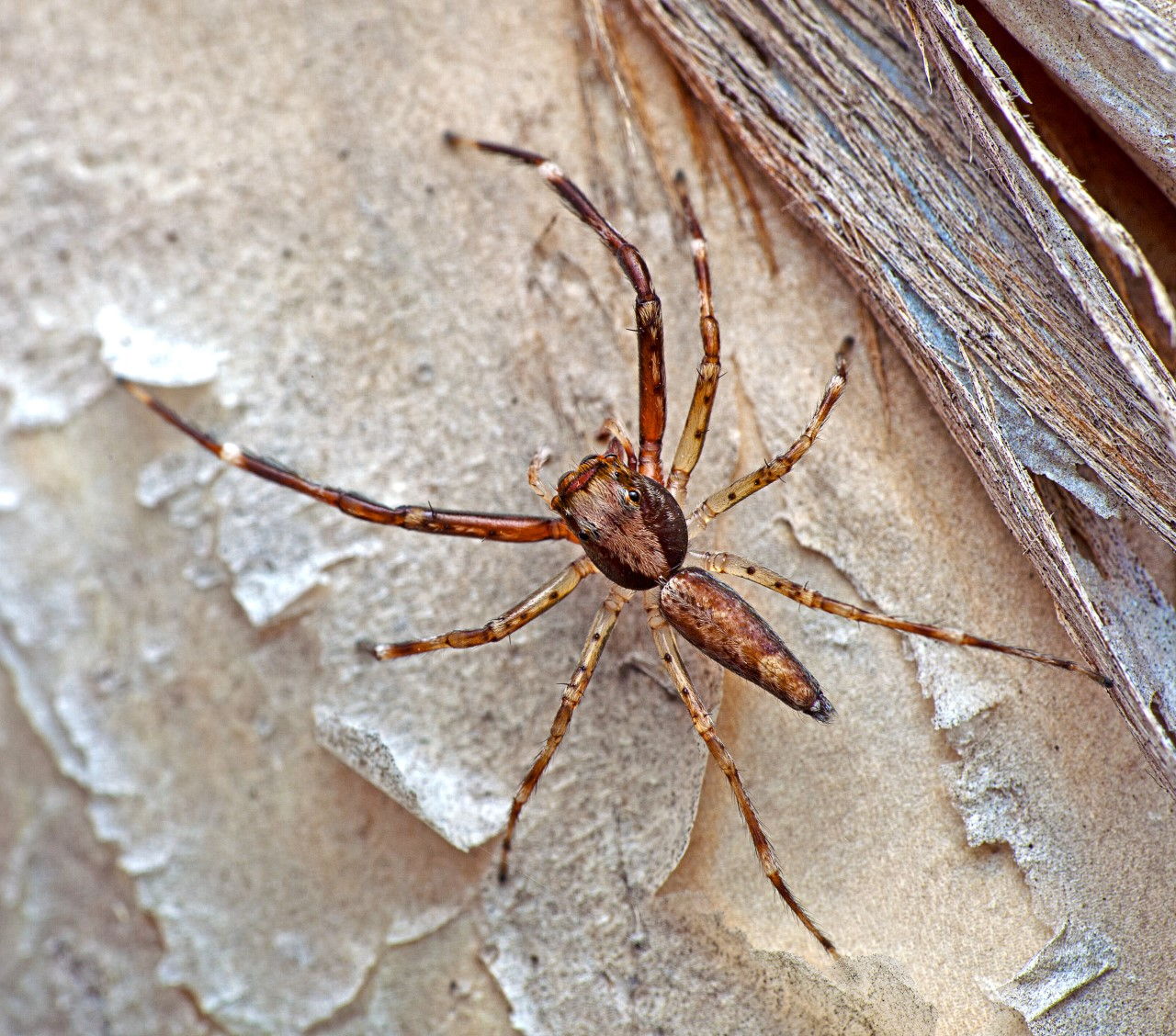