Today’s Sunday, and so we have a themed bird post from biologist John Avise. I particularly like this one as the birds are so interesting. John’s comments and IDs are indented, and you can enlarge the photos by clicking on them.

Thanks to the five or six readers who sent me nice photos, which will keep us going for a while. Without further ado, Dr. Avise:

All For the Love of Acorns

The Acorn Woodpecker (Melanerpes formicivorus) is aptly named because its life revolves around its mainstay food: acorns.  These gregarious birds live in small colonies that construct and defend “granaries”.  A granary is a tree into which the birds drill hundreds or thousands of holes into which they stuff harvested acorns for later consumption.  As the acorns dry and shrivel over time, the birds continually remove and place them into smaller holes so that they remain securely in storage for future use.  A granary tree is thus an extremely valuable resource that may even be “inherited” across multiple generations of Acorn Woodpeckers.  These birds also tend to nest communally with two or more females and several males sometimes sharing a nest.  This species also displays “helpers at the nest” which typically are offspring of earlier broods that remain to help rear nestlings in subsequent clutches. 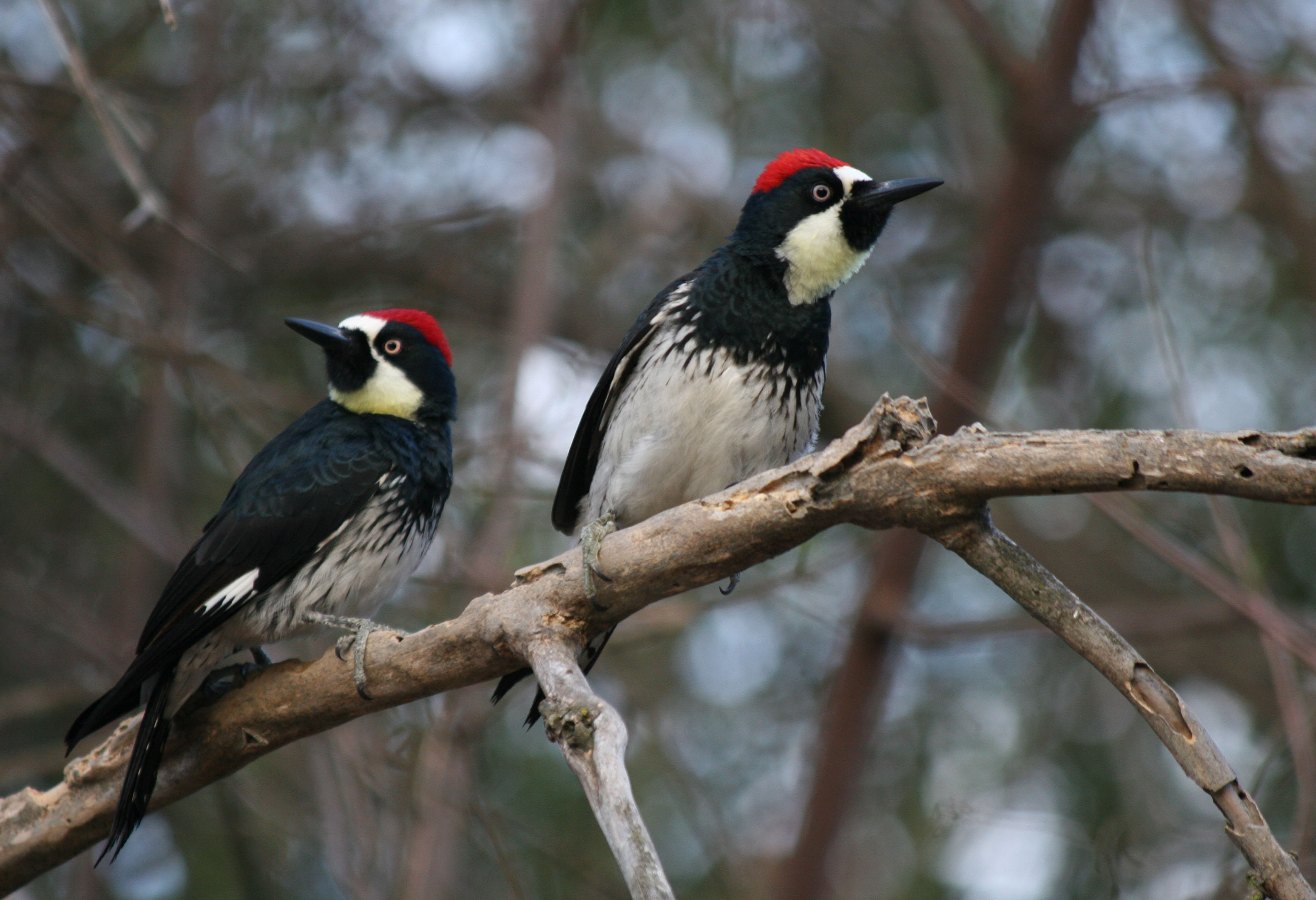 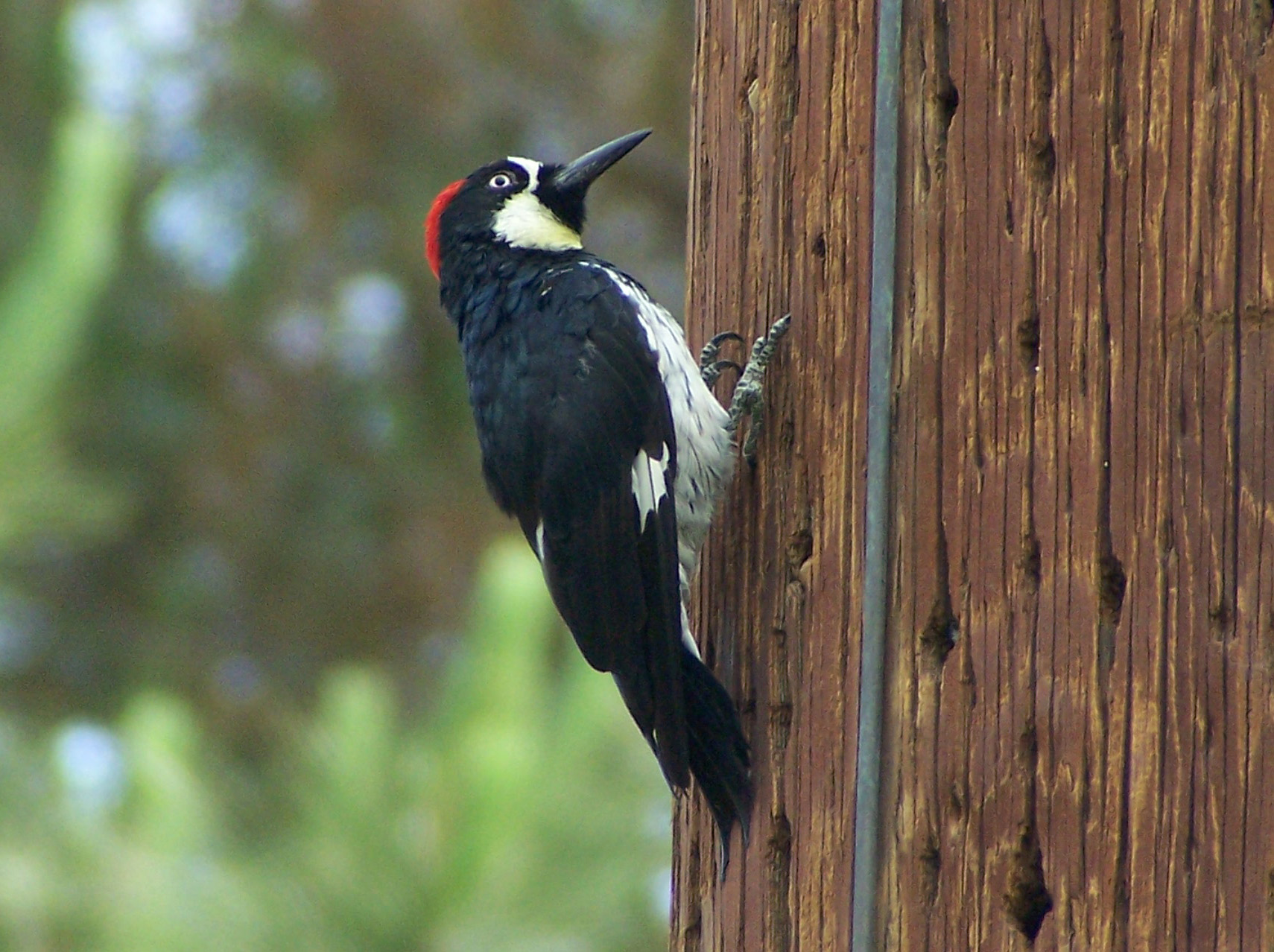 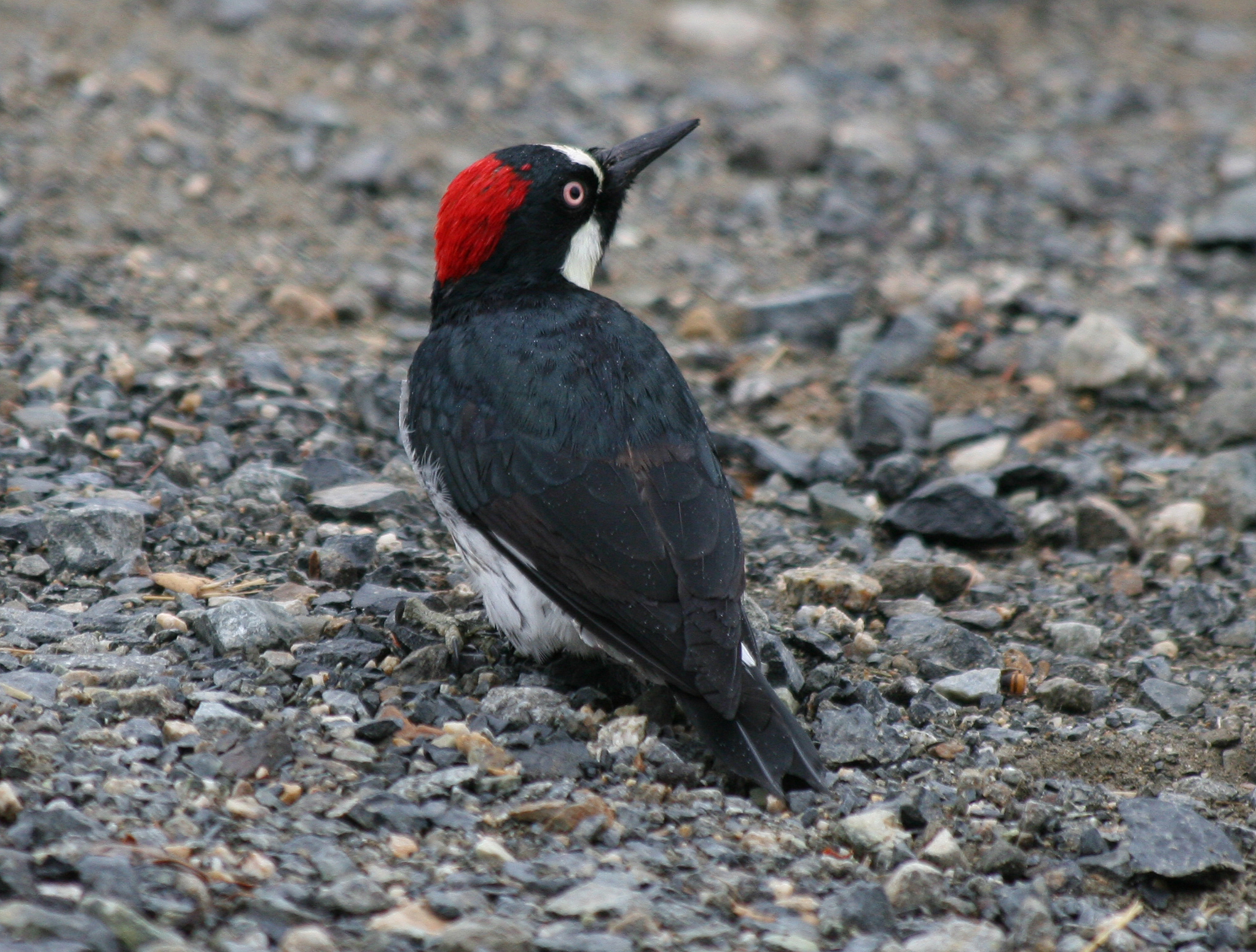 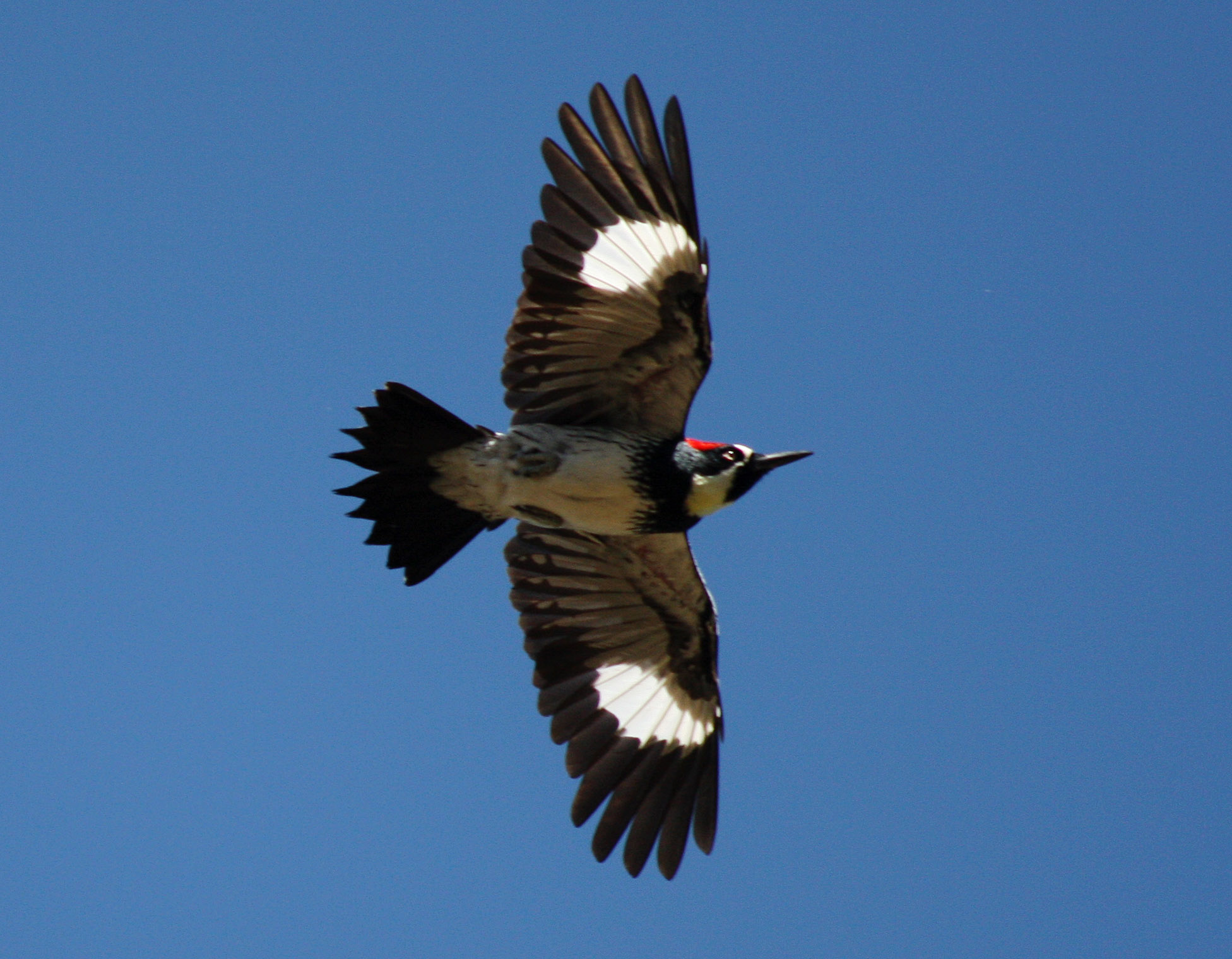 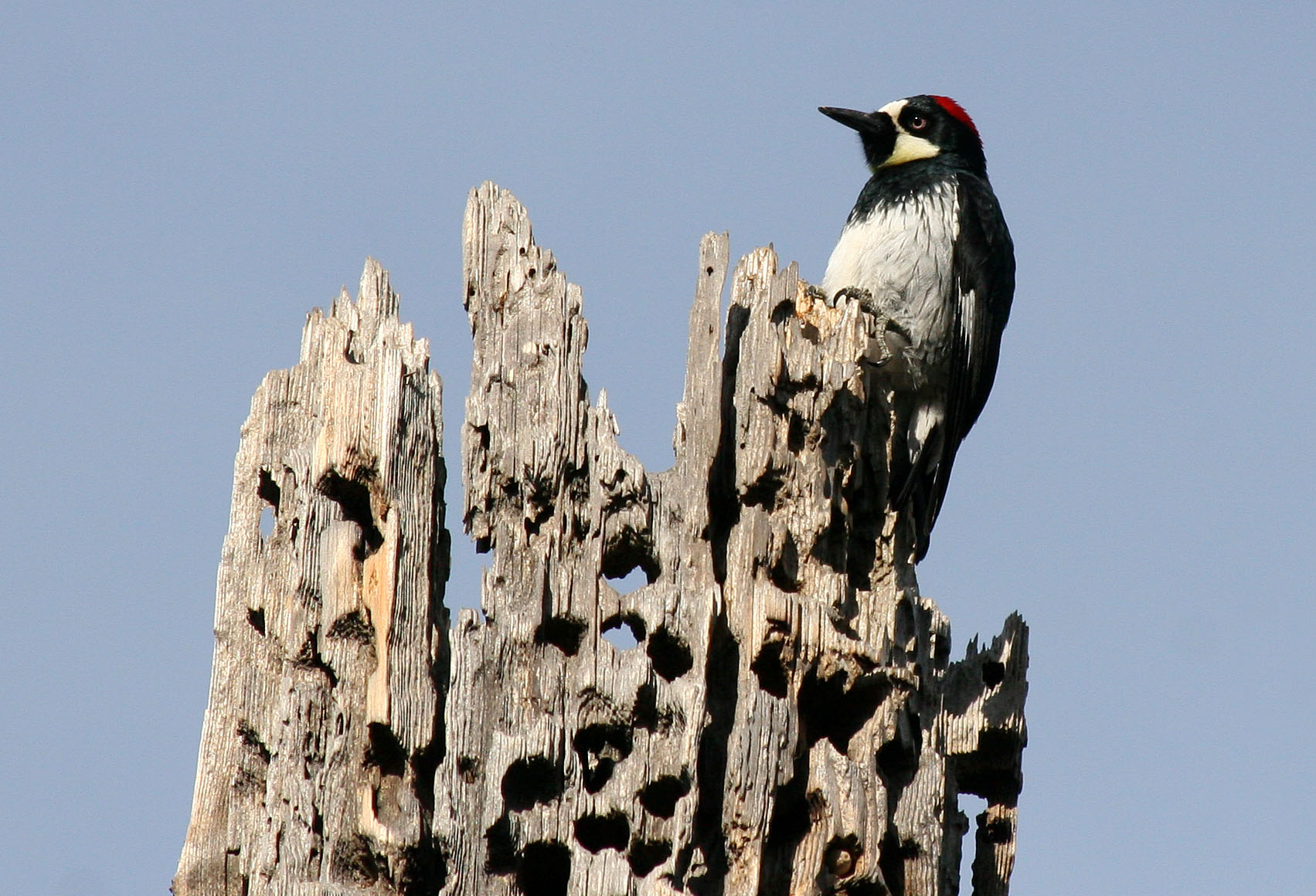 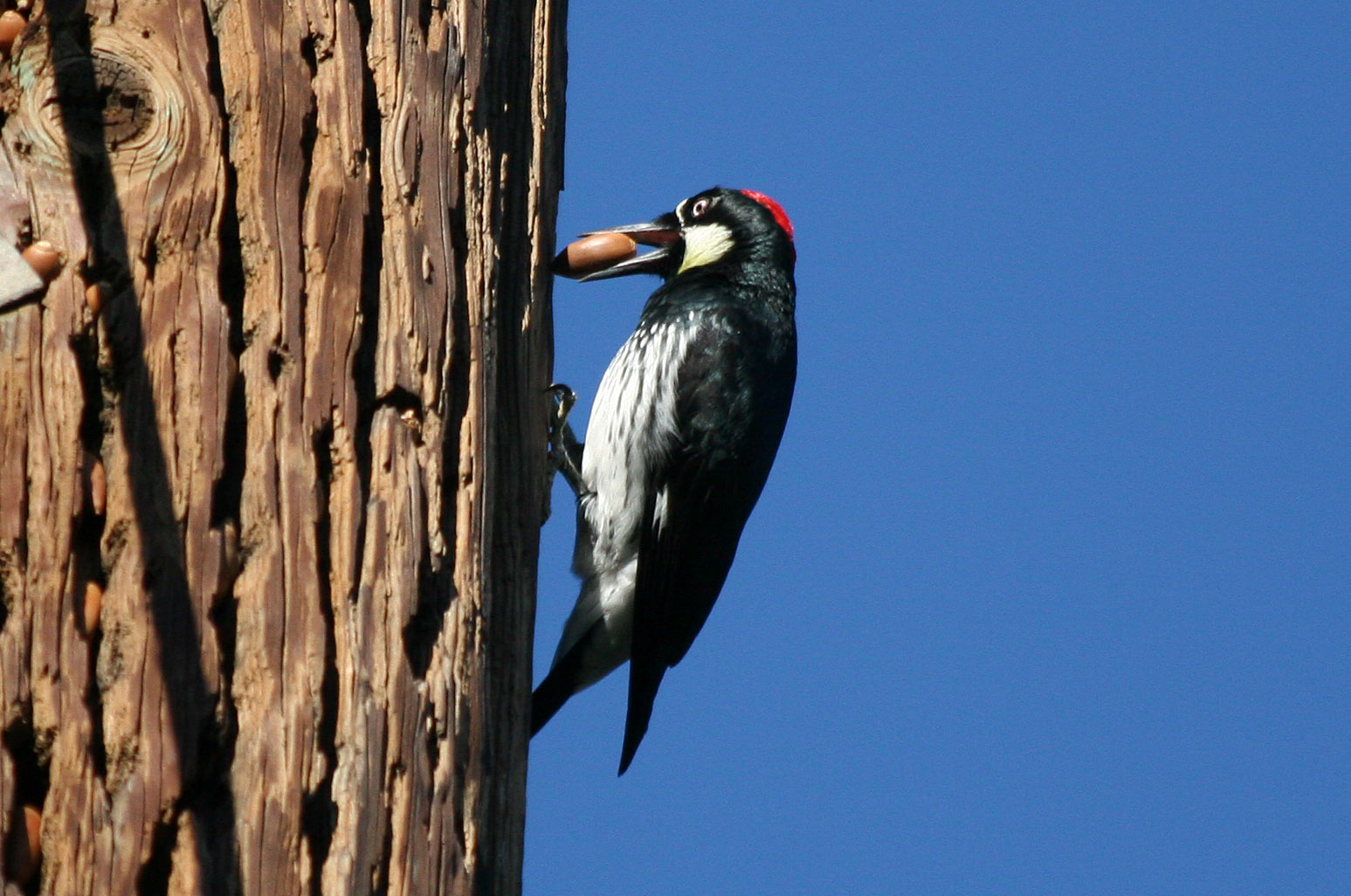 They also may use a telephone pole as a granary:

They also catch and eat insects on the wing: 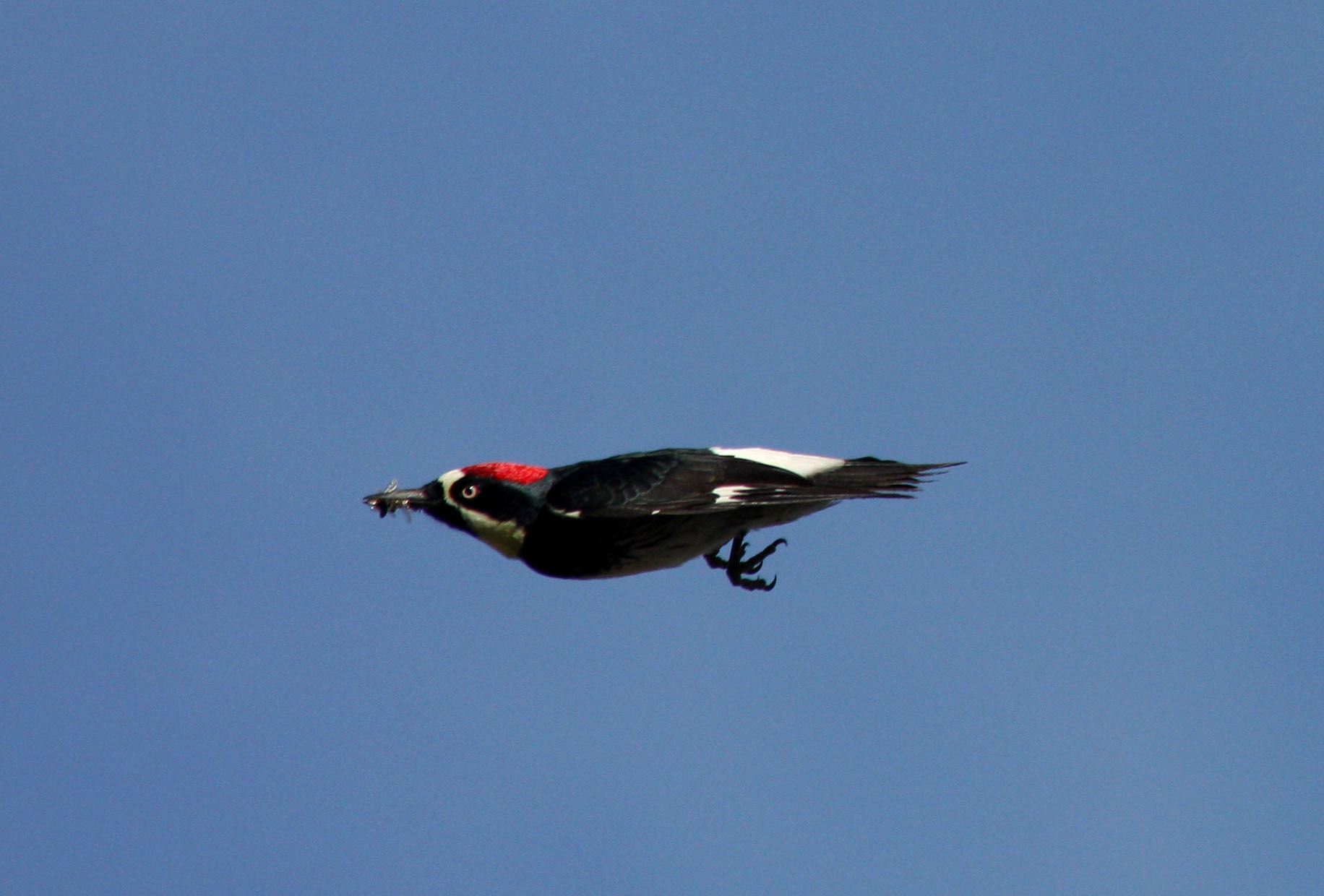 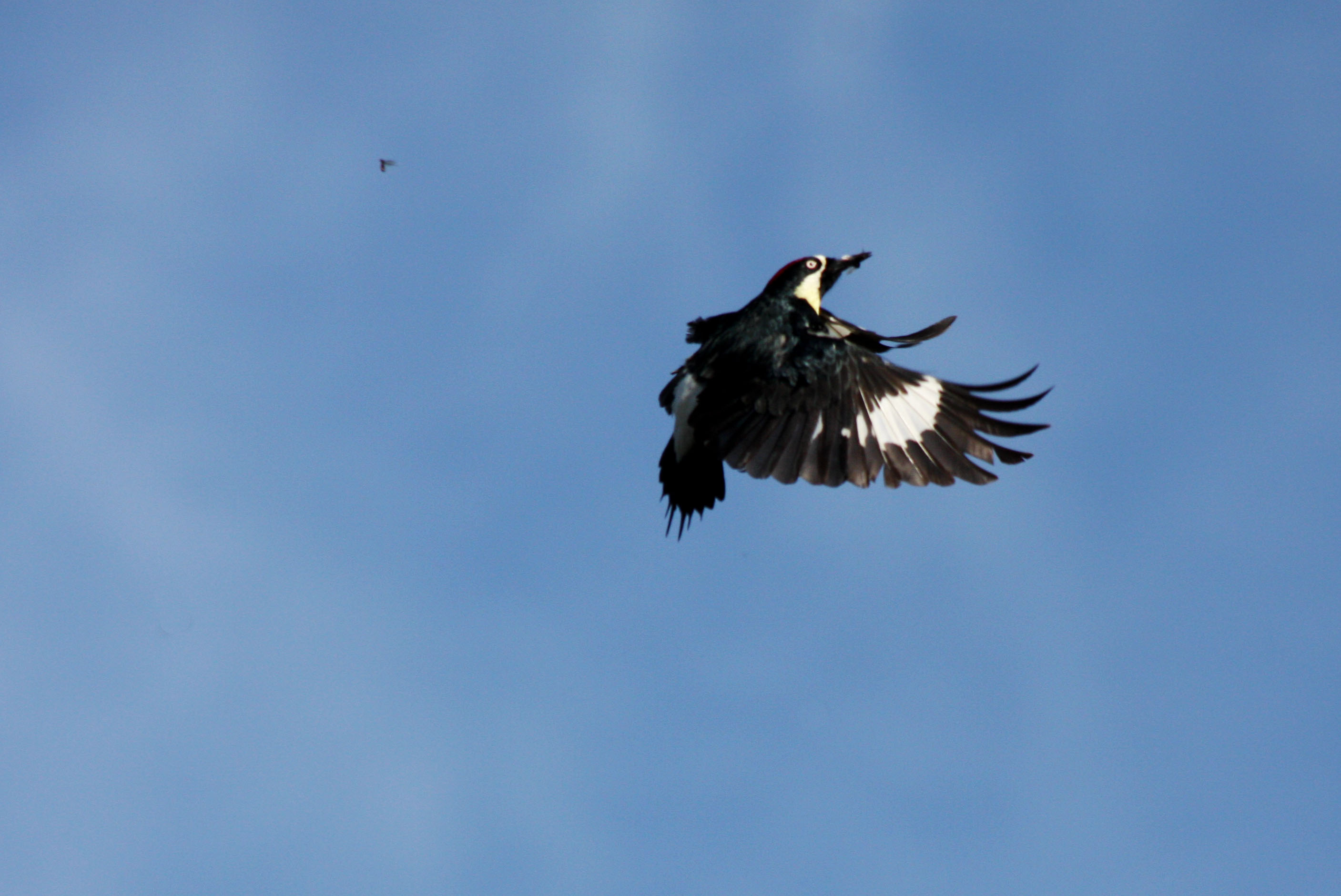