Please send in your photos; I beseech thee. If you don’t know where to send them, clicking on “research interests” at the upper-right-hand corner will yield an email address. I believe I have about five days’ worth of photos left, and then this feature will die a horrible death.

We have a “spot the” picture and several bird photos from UC Davis biologist Susan Harrison. Her captions are indented, and you can enlarge the photos by clicking on them.

Q:  How many birds are in this photo? It is of the Common Pauraque (Nyctidromus albicollis, Caprimulgidae);  Taken April 26 of this year at Estero Llano Grande State Park, Weslaco, TX.

The answer is at the bottom of this post 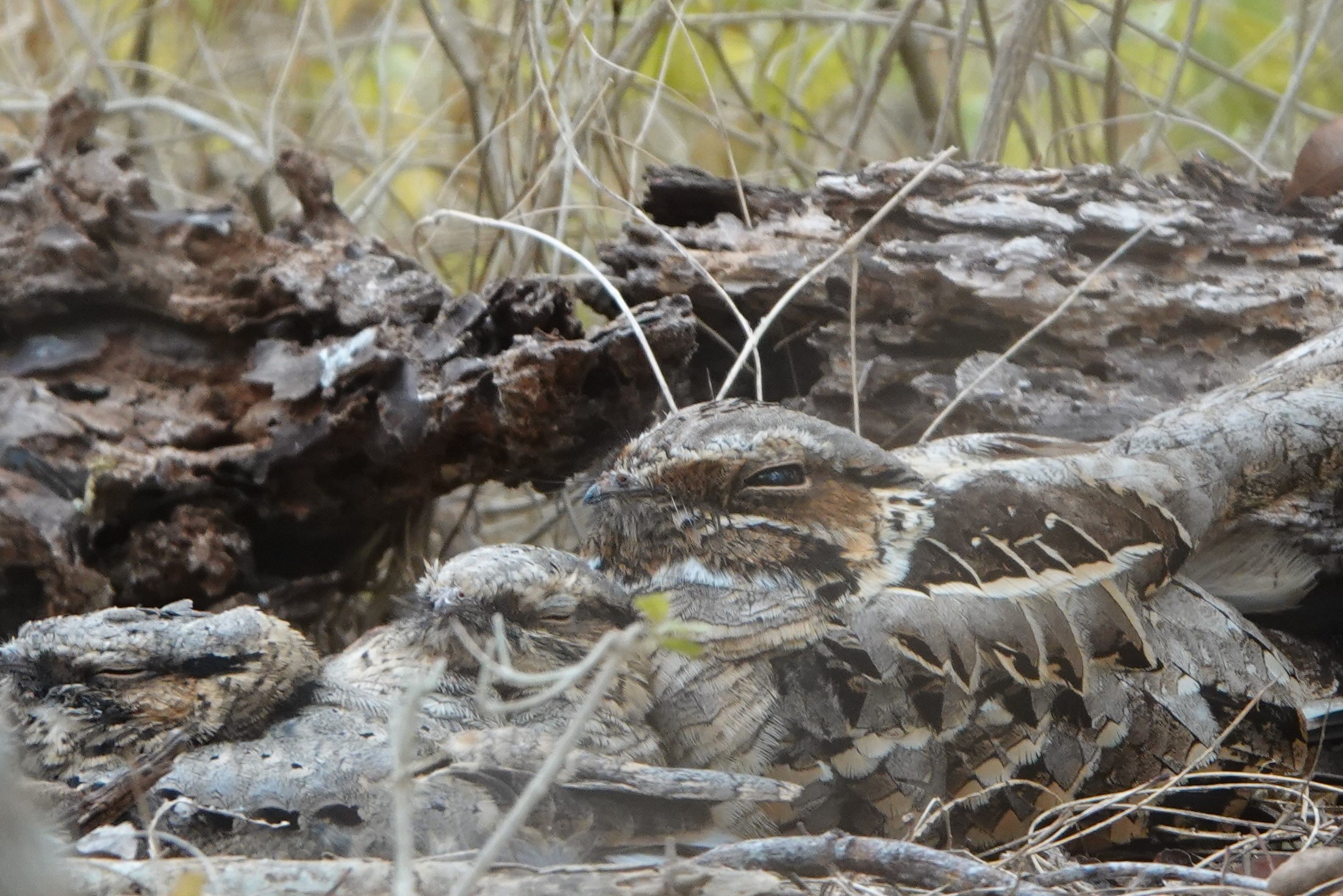 From allaboutbirds.org:  “A widespread nightjar throughout the American tropics, the Common Pauraque reaches the United States only in very southern Texas.   Cool facts:  Although the legs of a Common Pauraque are so small as to be nearly impossible to see under normal conditions, the pauraque can leap half a meter off the ground to catch low-flying insects, and it has been observed running on the ground during foraging.”

The Pauraque’s less cryptic relatives in the Caprimulgidae (goatsucker, poorwill, nightjar) family include this Common Nighthawk, chilling out on a hot day in the same region (Chordeiles minor, South Padre Island, TX, April 29, 2021). 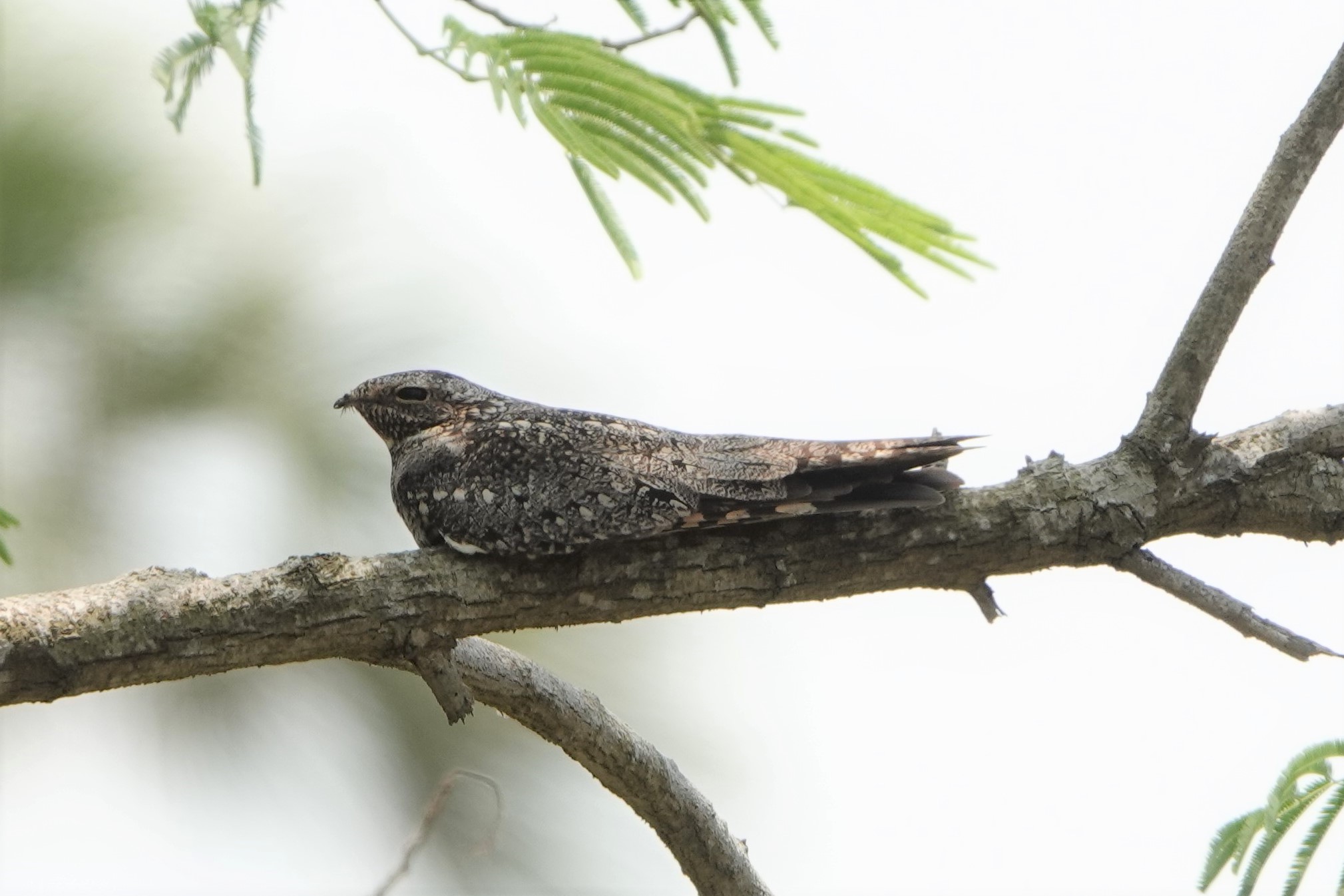 A Common Nighthawk in flight, diving and making its distinctive roaring noise:[Steens Mountain, OR, June 11, 2021]

The odd familial name evidently arose because “superstitious goat-herds in ancient Greece saw night birds fluttering open-mouthed around their livestock and believed the birds came out at dark to drink milk from the mammals’ teats.”   (nwf.org/Magazines/National-Wildlife/1998/Goatsuckers-Get-Some-Respect) 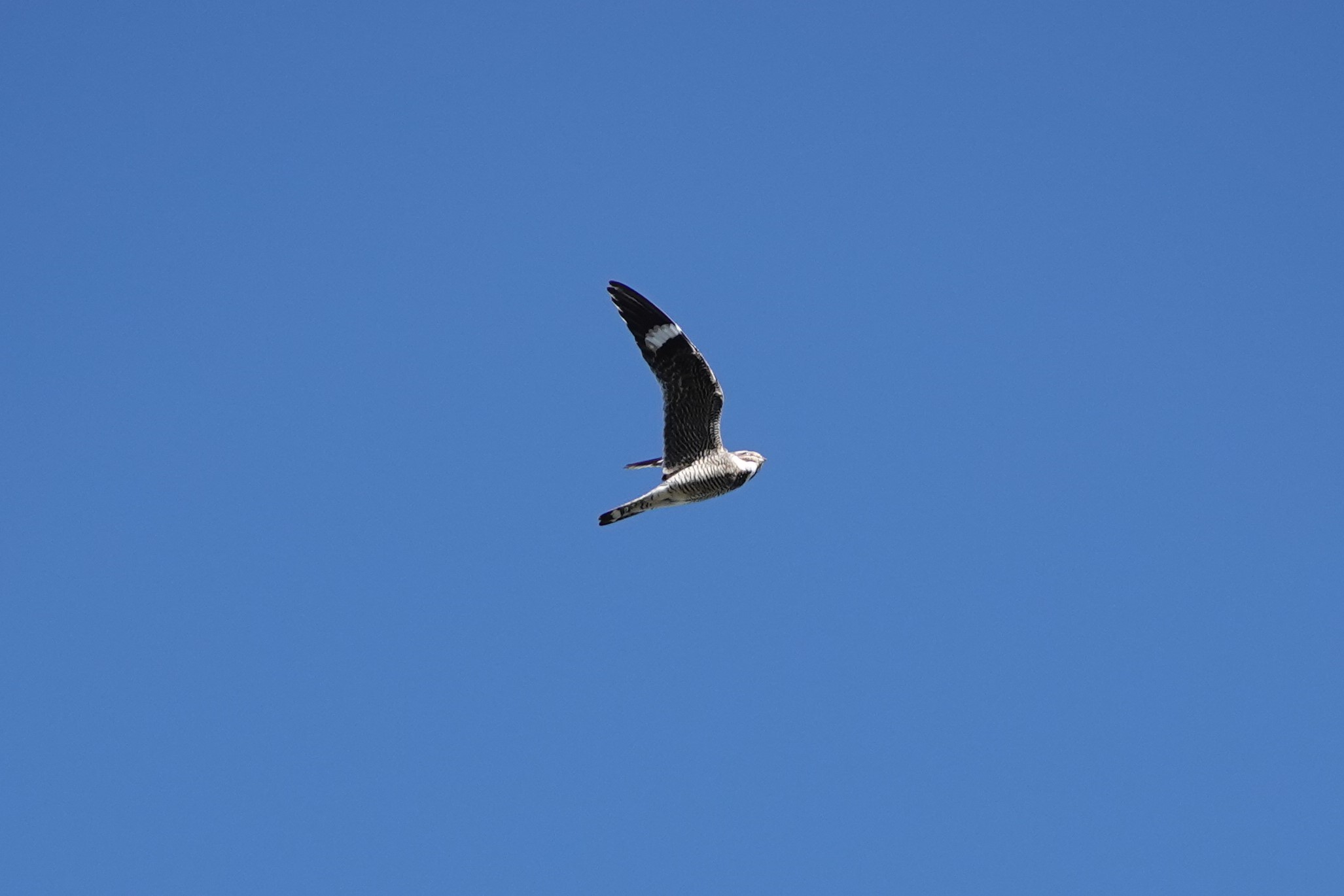 Answer to the bird question: Three  birds– one mom and two chicks