Send those photos in, please! We’re running low. Before we start, can anyone identify this raptor that perched over Botany Pond yesterday? The ducks were upset, quacked, and then formed a pack in the pond and remained very still. I took a photo, but it was hard because the bird was high up in a tree above the pond. So far we’ve never had a raptor attack a duck or duckling, but the adults still get freaked out when they see one. 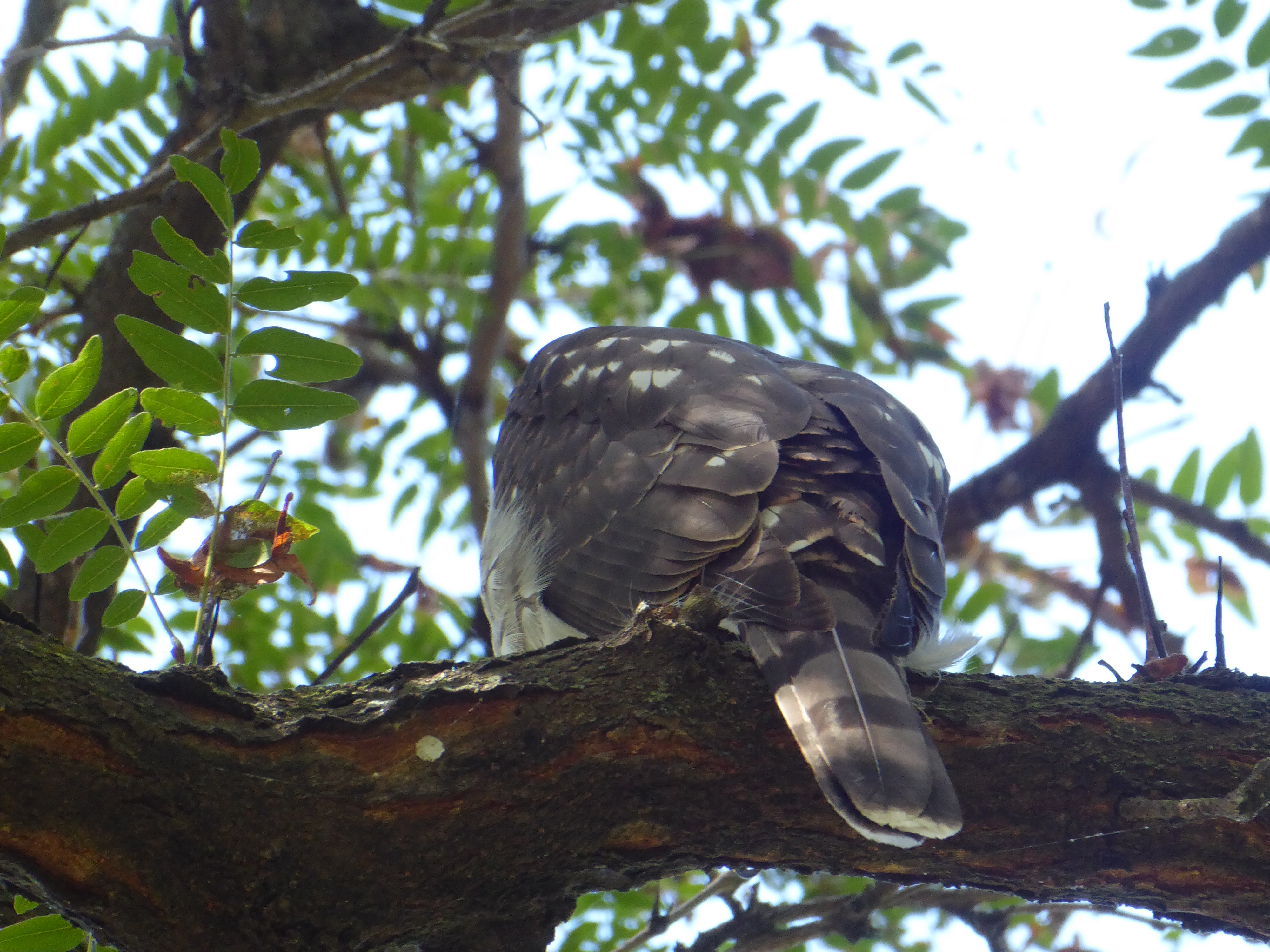 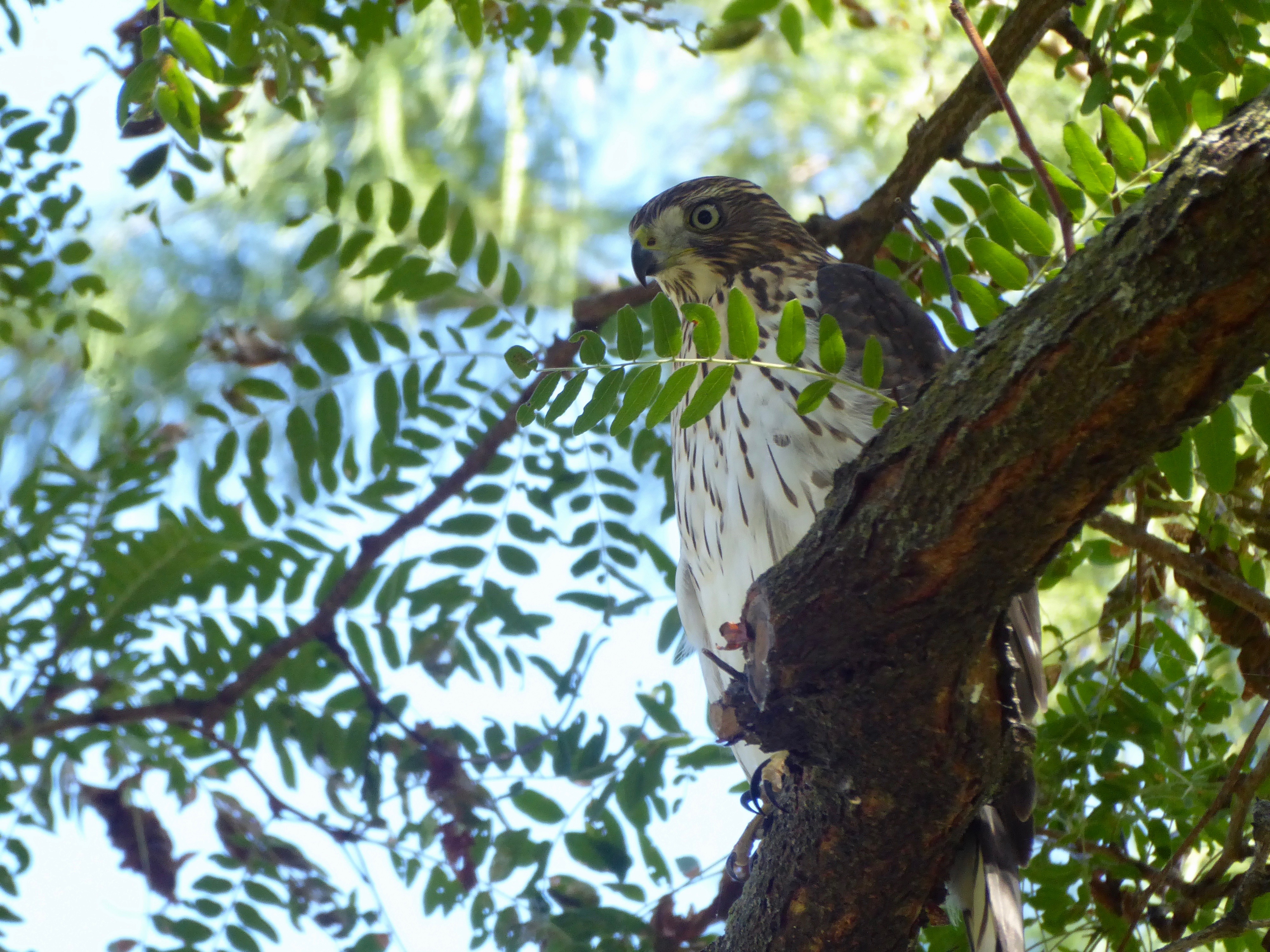 Today we have a melange of California photos from Joe Dickinson. Joe’s captions are indented, and you can enlarge the photos by clicking on them.

These are from a recent trip to the Tomales Bay/Point Reyes area.

We were visited this time by a turkey vulture (Cathartes aura).  I believe the sunning of wings has to do with reducing parasite load, rather than drying the wings as cormorants do. 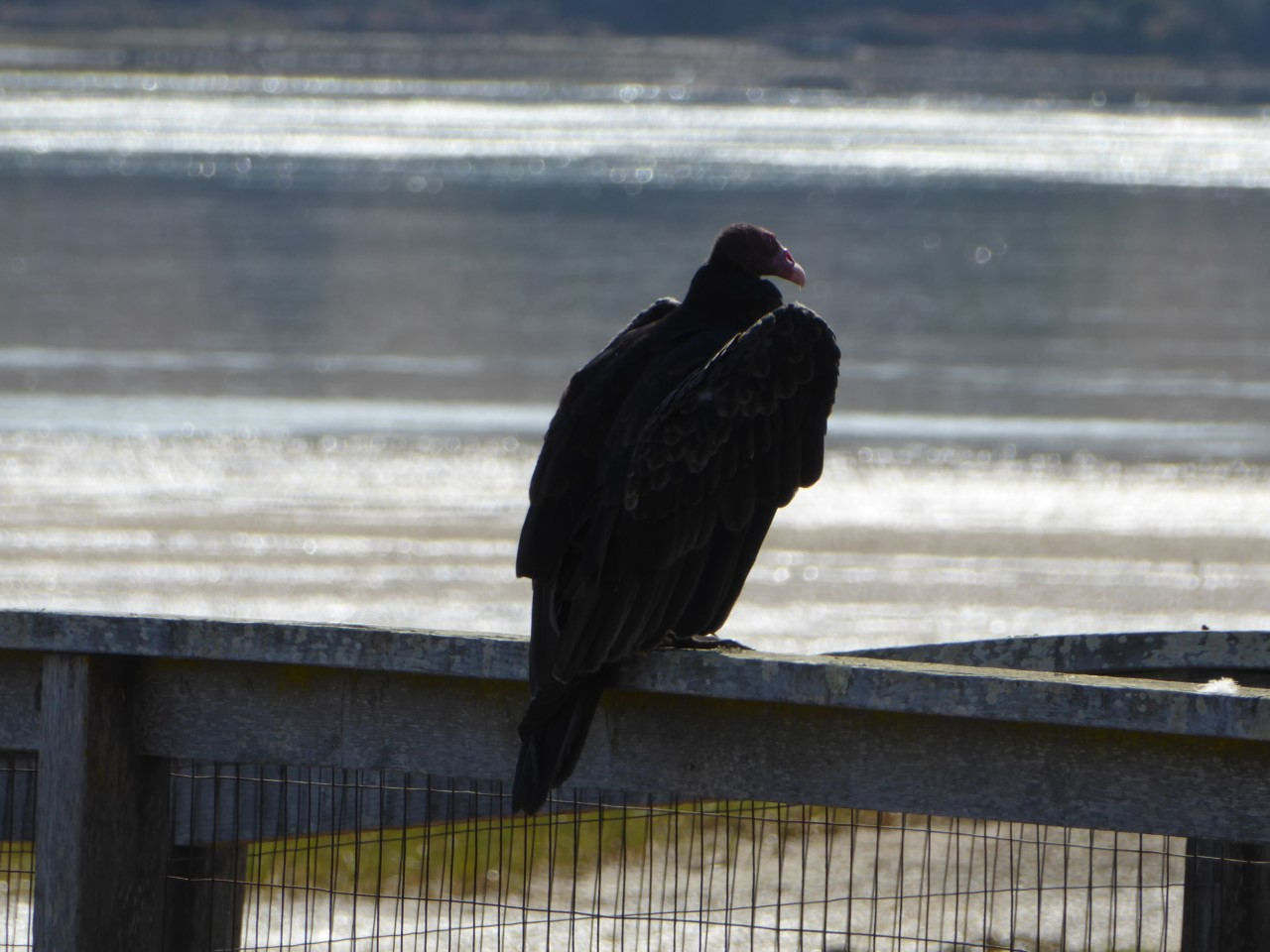 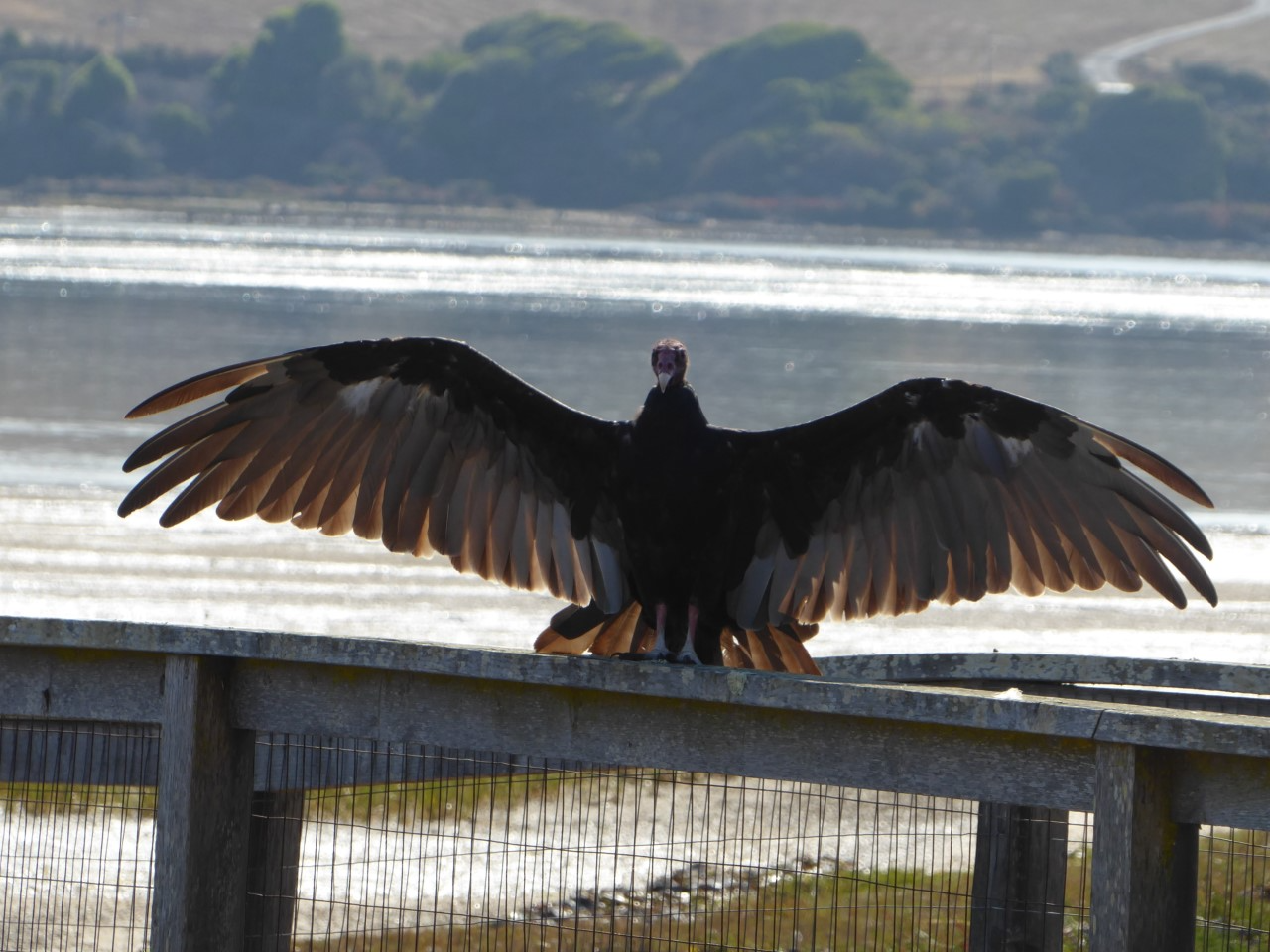 These photos of a fishing shack give some sense of the range of tides. 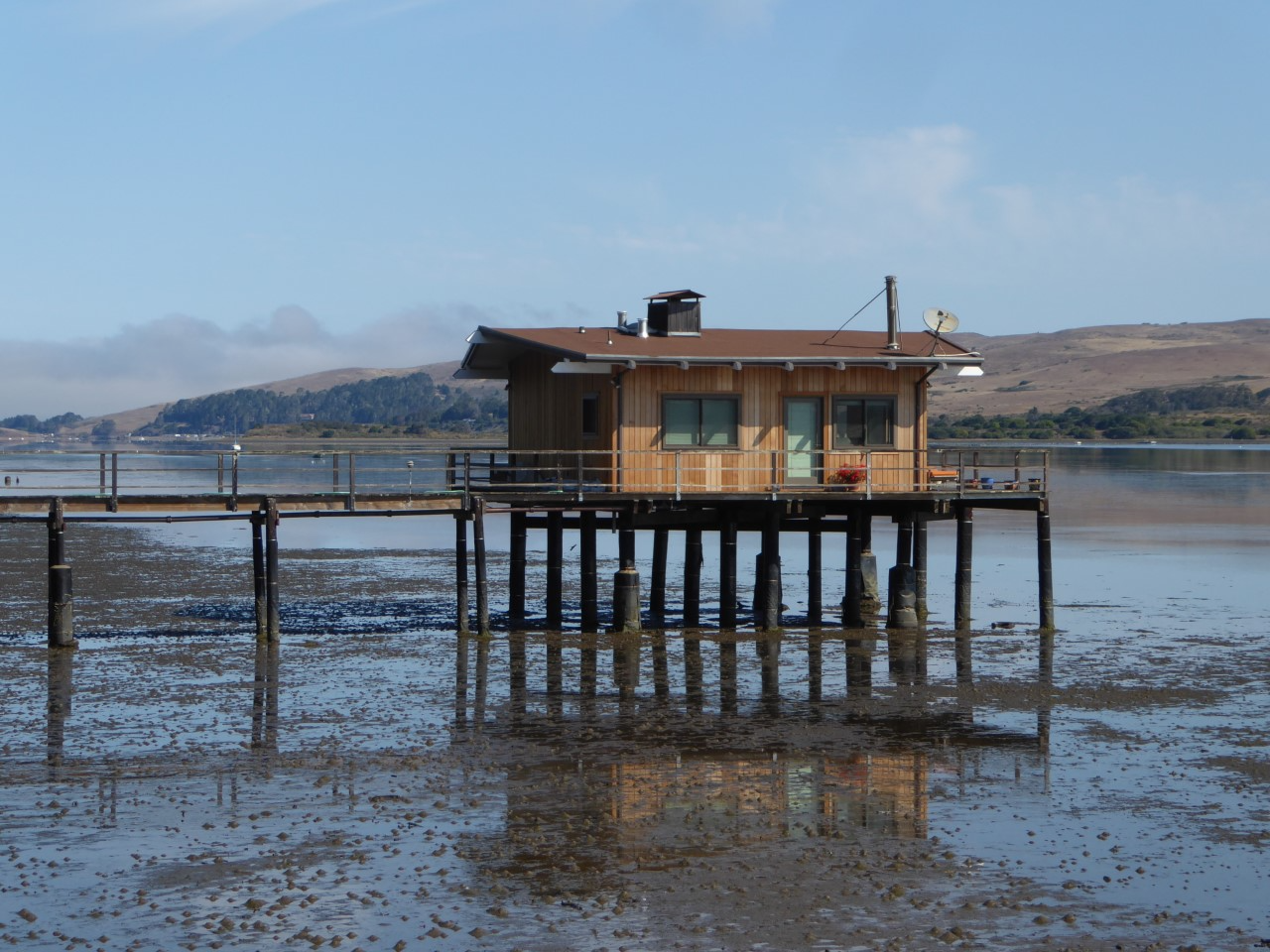 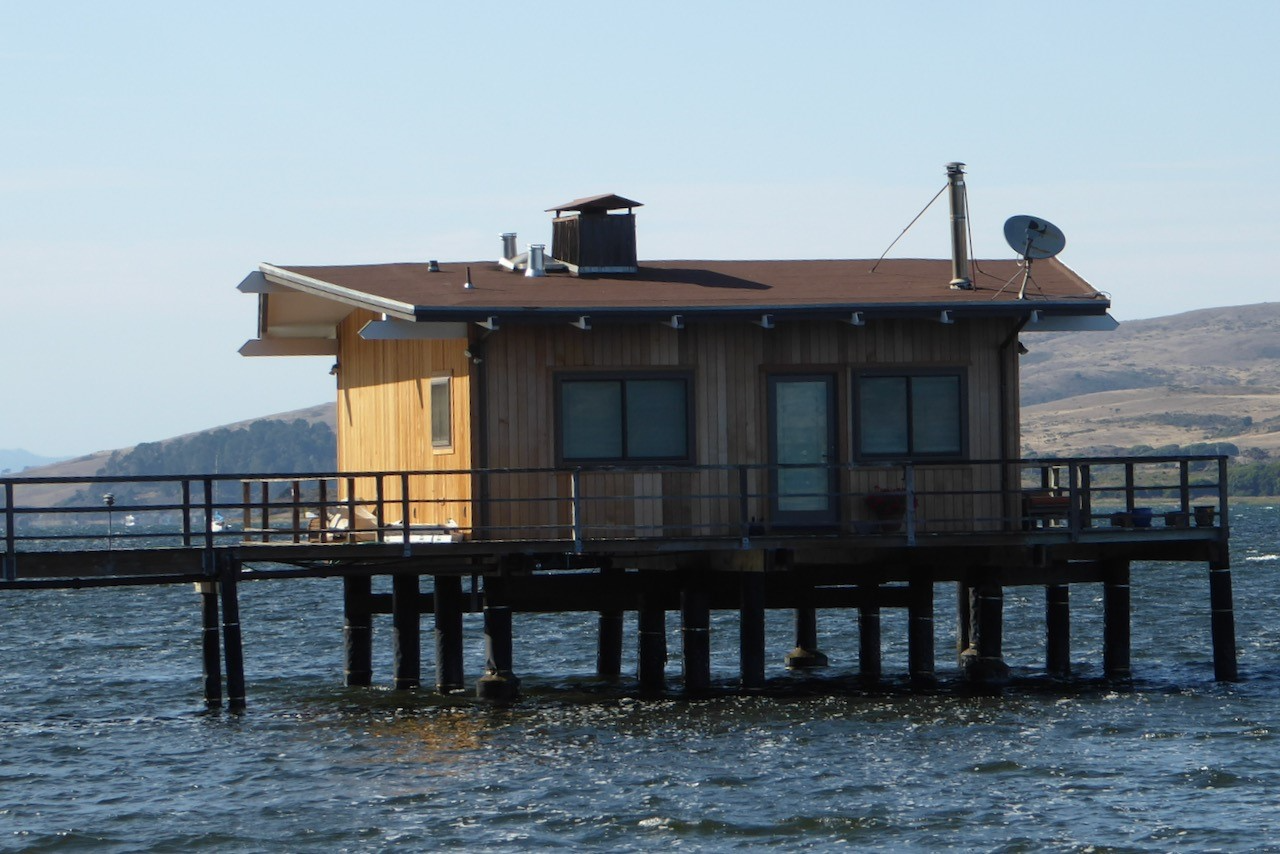 Nearby is the Point Reyes National Elk refuge with a nice population of Tule Elk (Cervus canadensis). 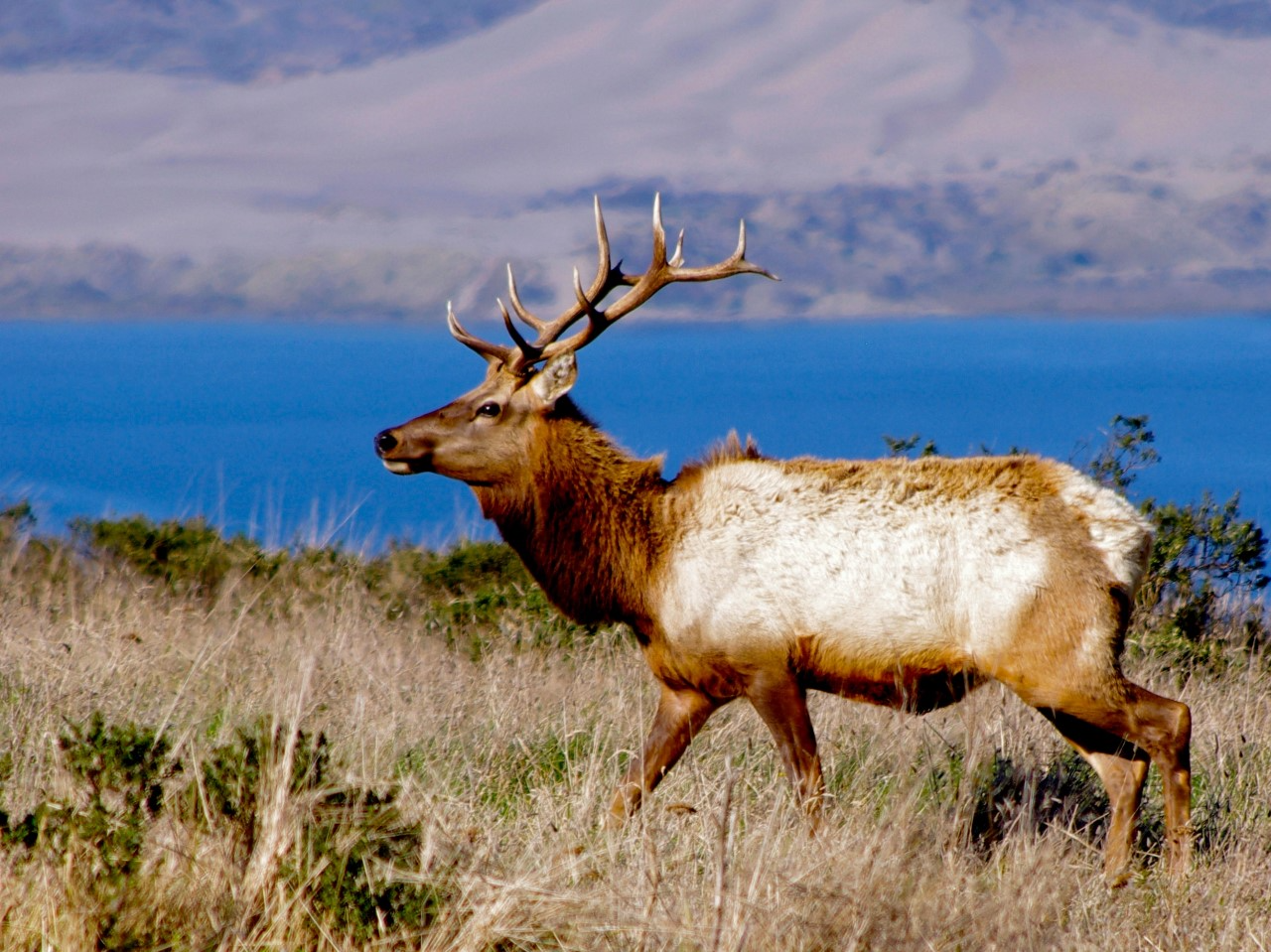 Mule deer (Odocoileus hemionus) also are found within the refuge as well as elsewhere on Point Reyes. 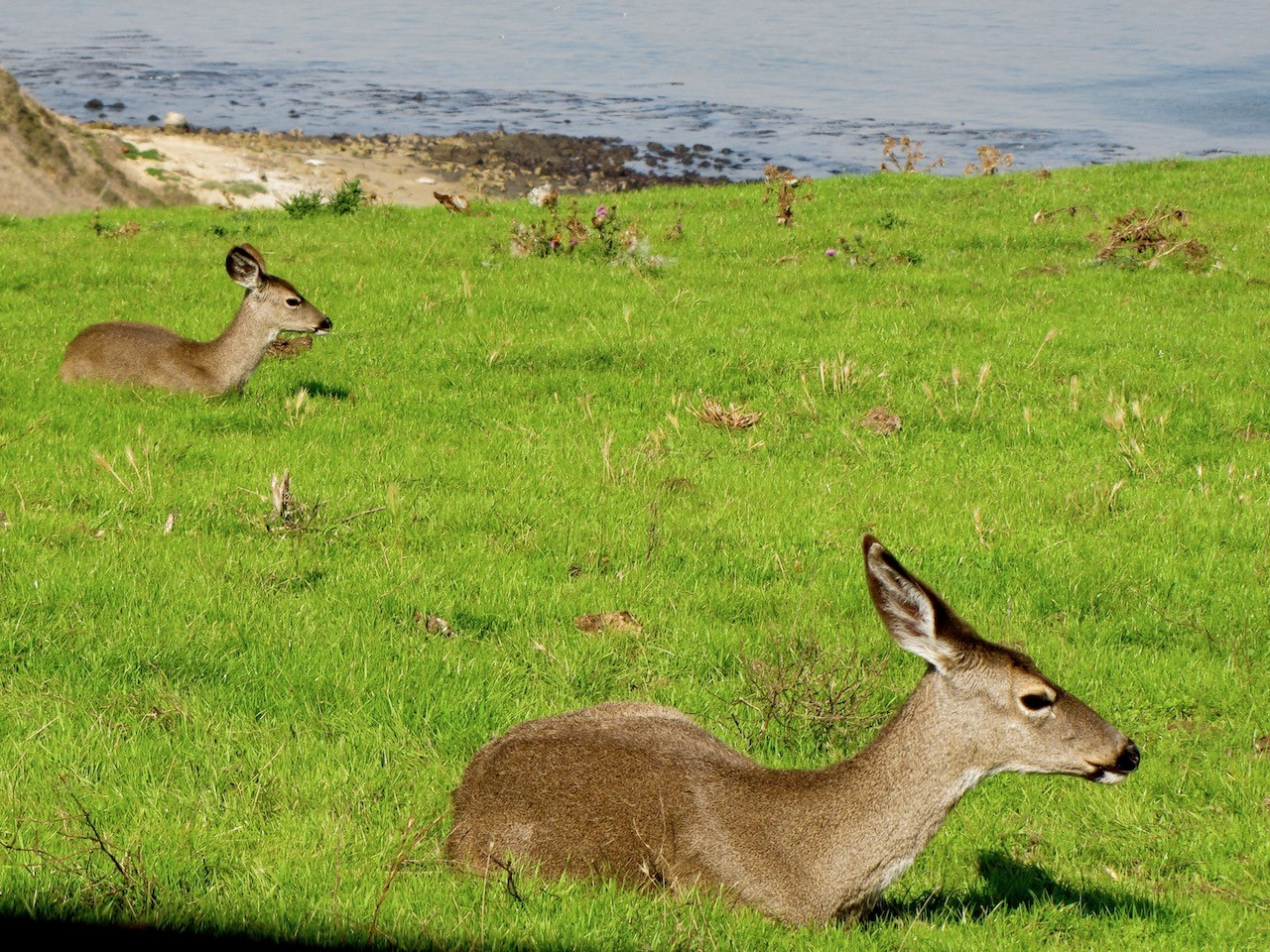 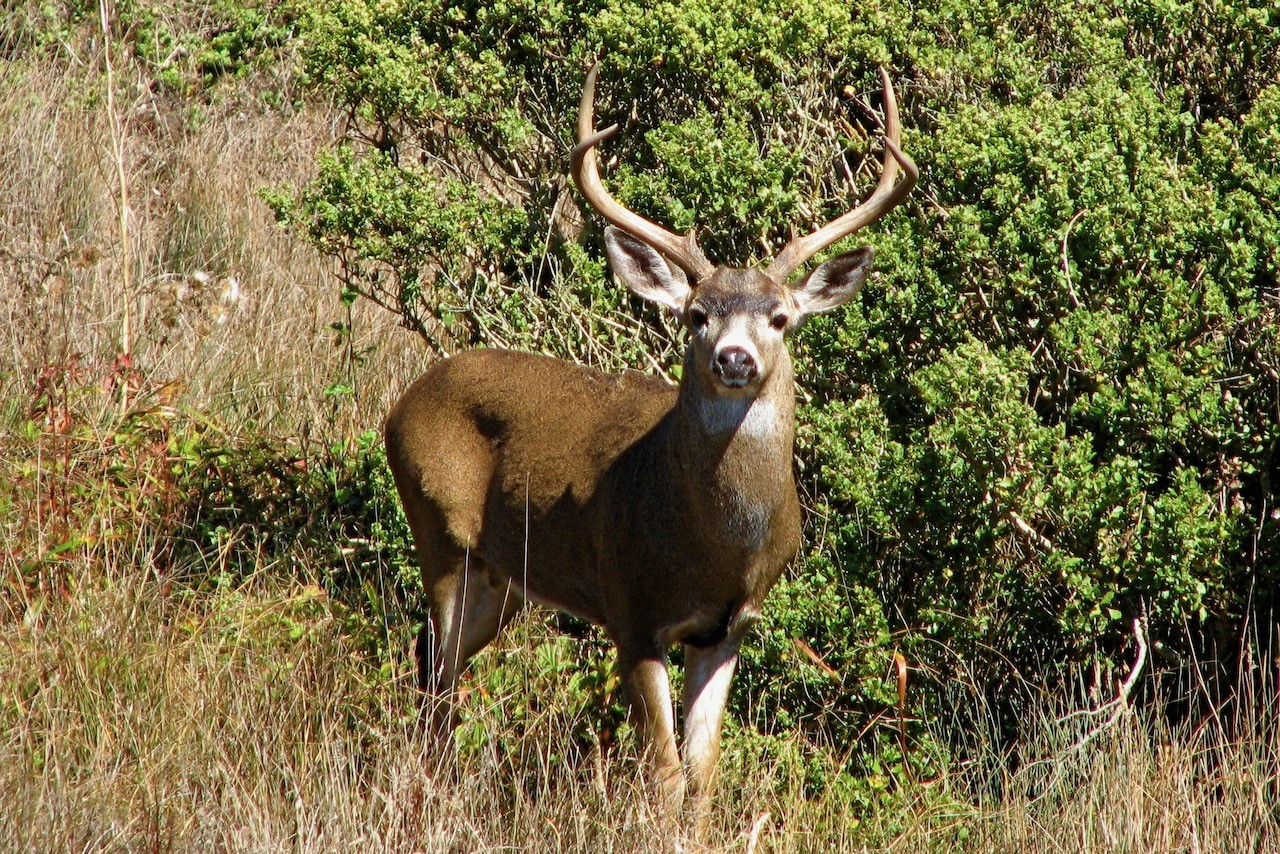 This moon jelly (probably genus Aurelia) actually is at a cabin on the other side of the bay where stayed a few years ago. 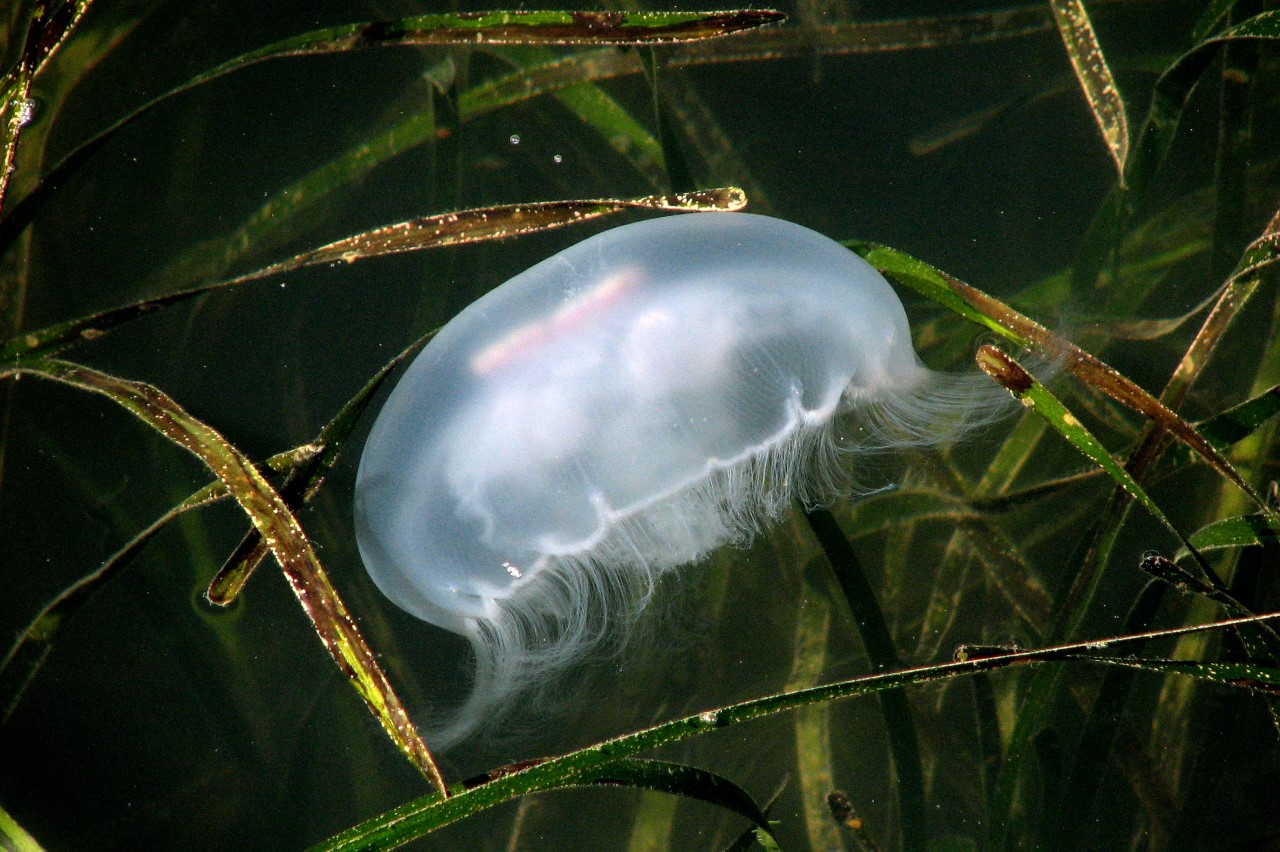 Nearby is the Marshall Store, home of the best BBQ oysters on the planet. 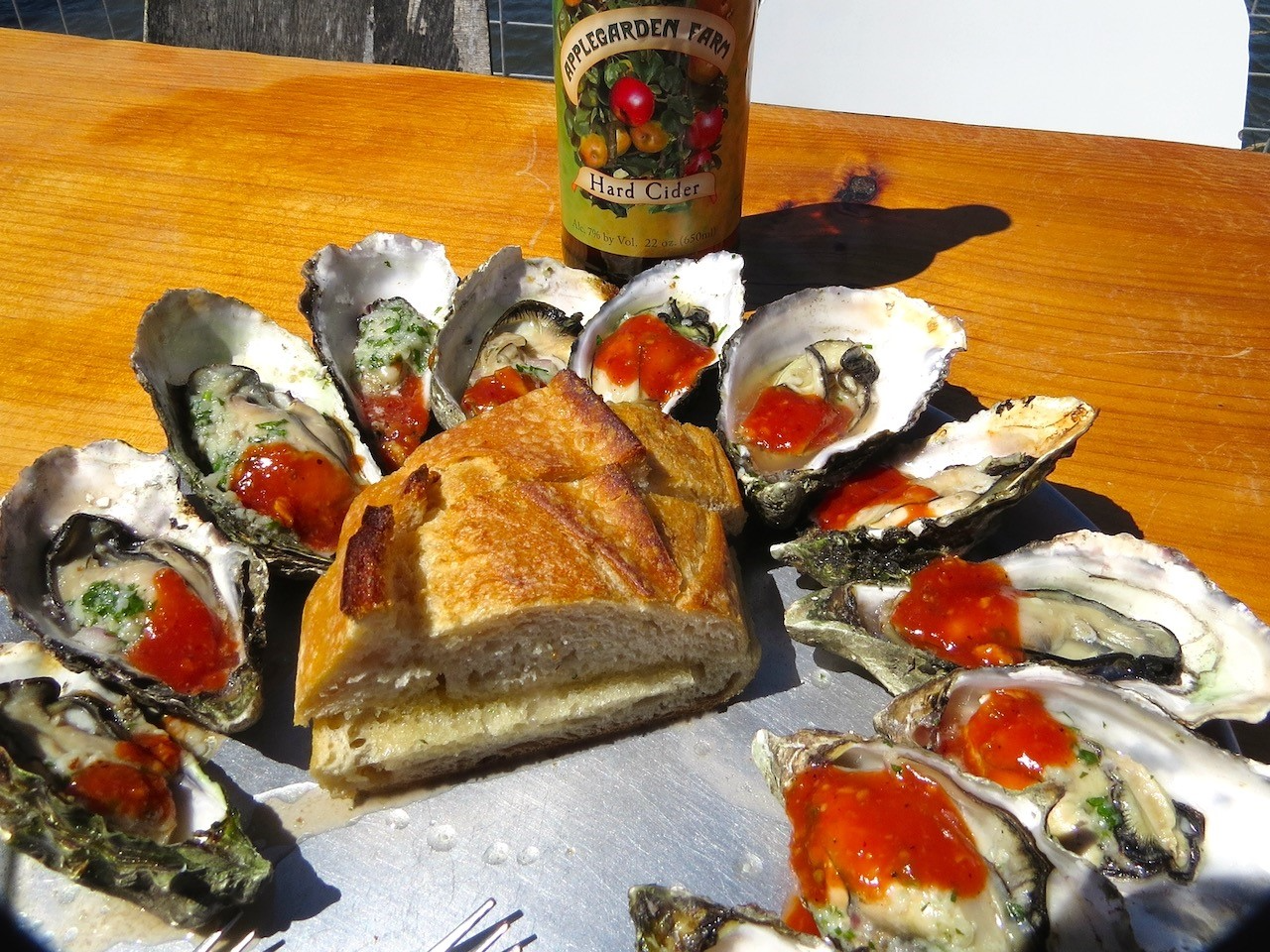 I call this the “Entropy Boat”.  We have watched it slowly decay over the years. 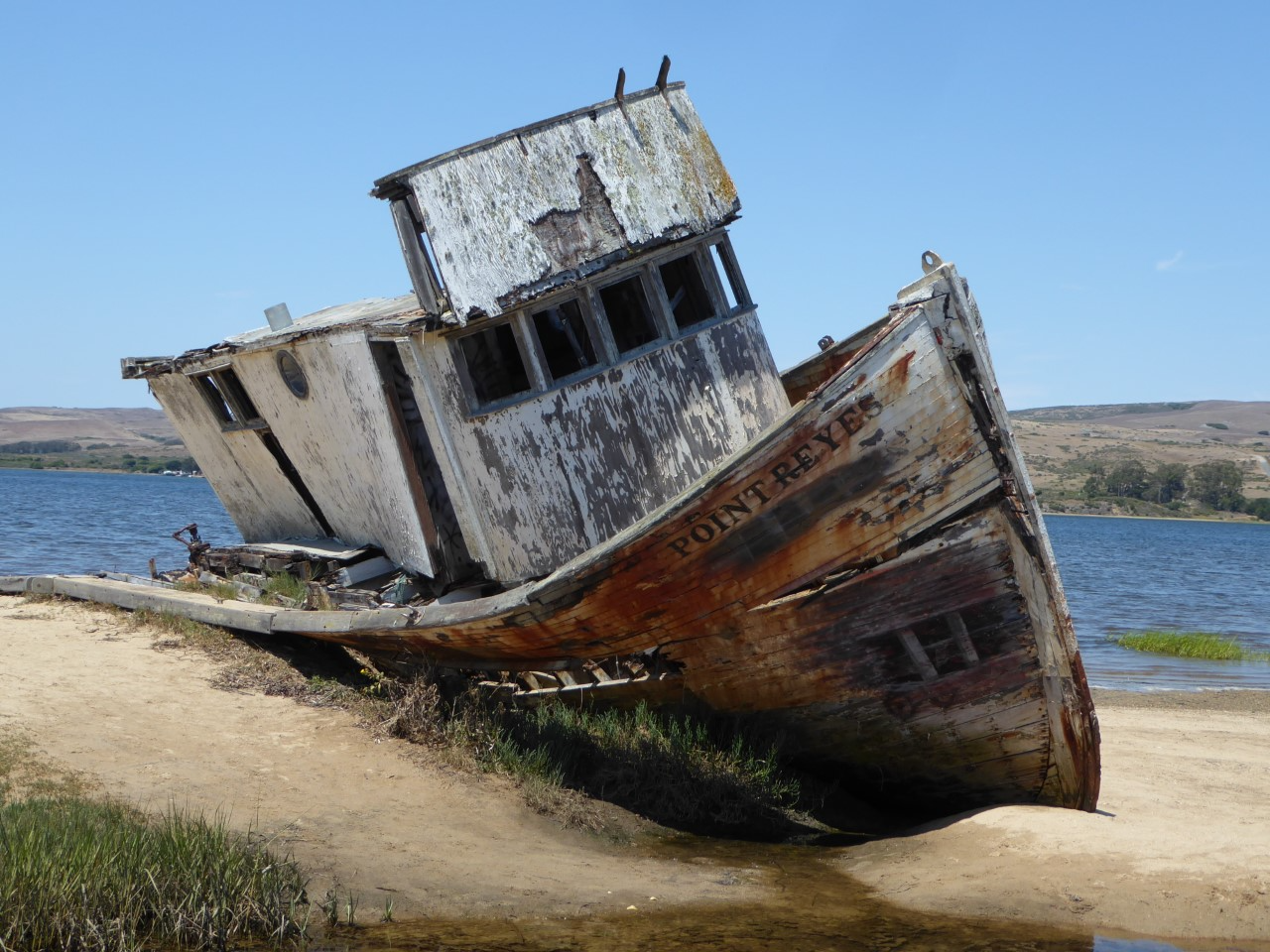 There is a very nice walk to Kehoe Beach with this freshwater lagoon alongside. 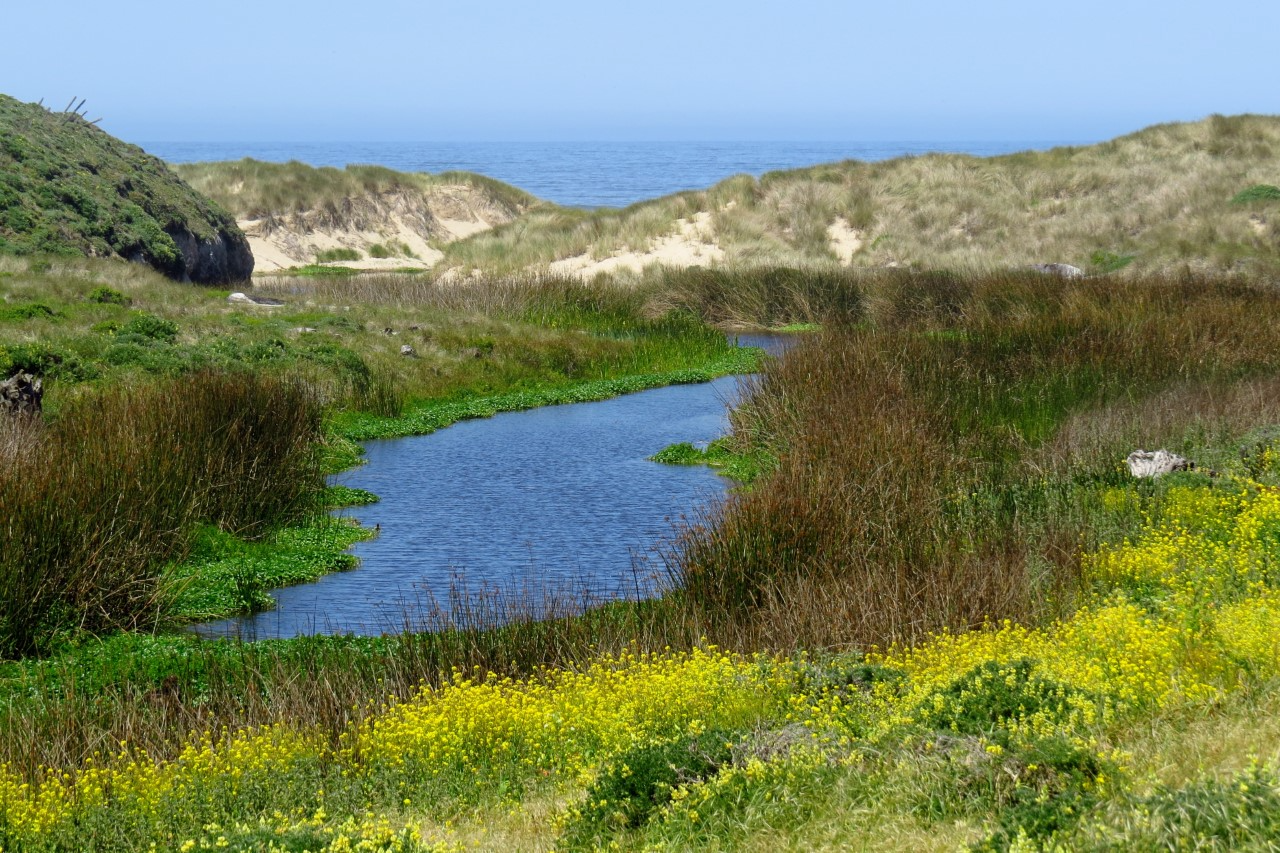