After polishing off Cormac McCarthy’s The Road—a post-apocalyptic novel permeated with McCarthy’s inimitable prose (and I recommend the book very highly)—I need to keep reading, as there’s still no place interesting outside the U.S. that’s safe or accessible for travel.  I thus took three books out of the library to keep me busy for a while.

Occasionally I get a hankering to read every Booker Prize winner since they started awarding the prize in 1969.  So far I’ve read only seven (Midnight’s Children was my favorite), so there’s a long way to go. The reason I want to do this is that there are too many fiction books to read, and few reliable guides; but I’ve enjoyed every Booker Prize novel I’ve ever read. So I picked out two more.

The first one, below, is by an author with whom I have a love-hate relationship. Naipaul can write like a dream—A House for Mr. Biswas is an all-time classic—but he can be splenetic and downright patronizing, as when he writes about his visits to India (he was actually from Trinidad of Indian ancestry). I hoped that this one, his only Booker winner, would be as good as Biswas. It’s a good book, but doesn’t come up to that standard. It is in fact a very weird novel, consisting of three disconnected tales, about Indians who move to the U.S., about Trinidadians who move to London, and about Brits who move to Africa.  I suppose the connection between the stories is revealed by the title. I’m only 2/3 of the way through, but so far it looks as if the “theme” is that people who move to find freedom only find more enslavement. The third tale is by far the best, a classic, “on the road” story about a gay white Brit and a woman bent on adultery with a different man, who take a long drive in an African country experiencing revolution. I’d recommend the book, but if you haven’t read Naipaul, go to Biswas first. Truly, I’m not yet sure why this one won the Booker, but I’m not yet through. 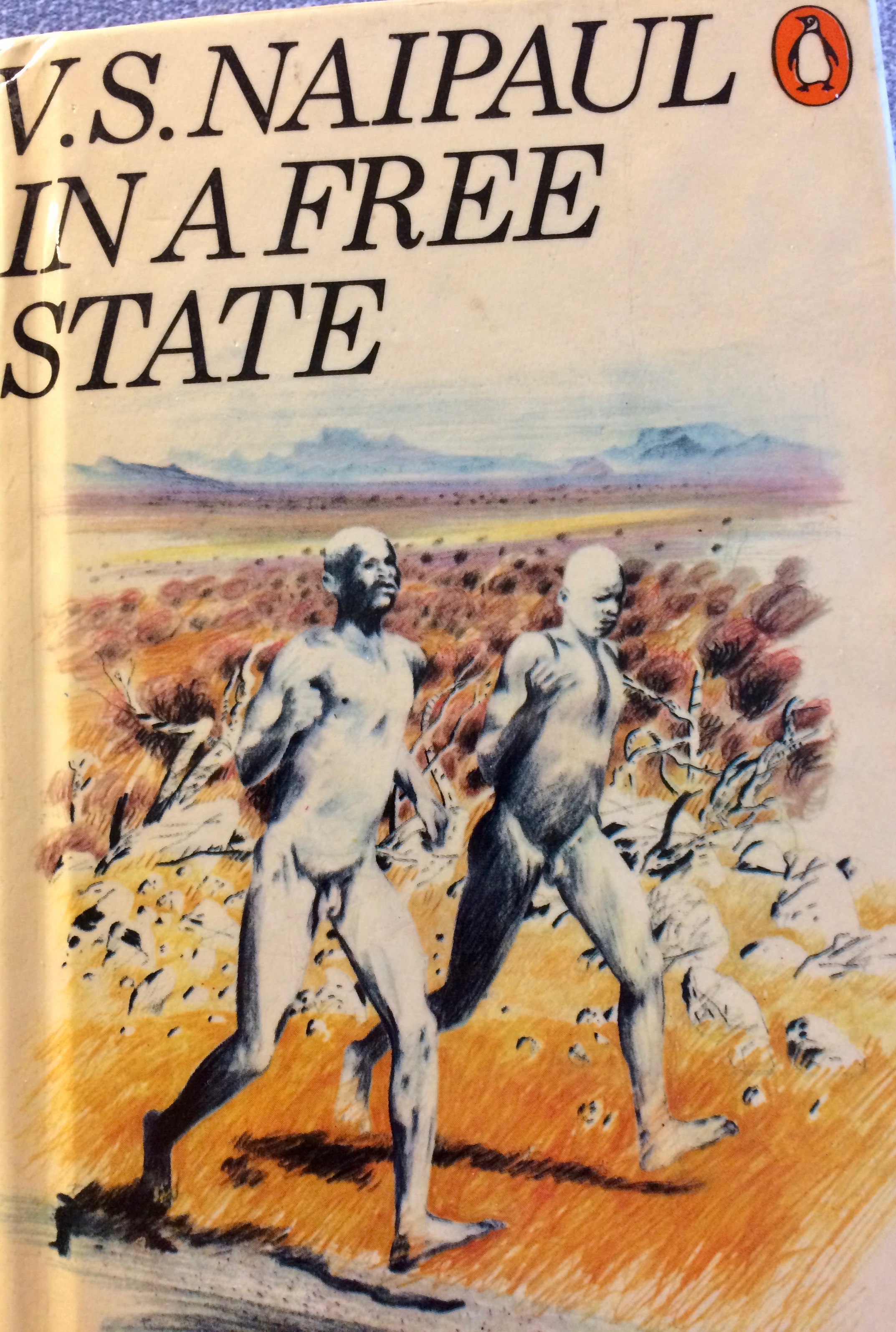 I haven’t started the book below yet, published in 1973 and a Booker winner that year, but I’m a sucker for novels about India, as I love the country. Ergo, Midnight’s Children as my favorite Booker Winner, and I also love The Raj Quartet and A Passage to India. I also love novels by Indian expats like Jhumpa Lahiri or inpats like Arundhati Roy.  The book below attracted me because of the plot summary and blurbs on Wikipedia:

Inspired by events such as the sieges of Cawnapore (Kanpur) and Lucknow, the book details the siege of a fictional Indian town, Krishnapur, during the Indian Rebellion of 1857 from the perspective of the British residents. The main characters find themselves subject to the increasing strictures and deprivation of the siege, which reverses the “normal” structure of life where Europeans govern Asian subjects. The book portrays an India under the control of the East India Company, as was the case in 1857. The absurdity of the class system in a town no one can leave becomes a source of comic invention, though the text is serious in intent and tone.

. . .Walter Clemons in Newsweek on 21 October 1974 said it was “a work of wit, lively historical reconstruction and imaginative intensity.”

On 2 September 1973 Julian Symons wrote in The Sunday Times that Farrell is “one of the half-dozen British writers under forty whose work should be read by anybody inclined to think that no interesting novels are being written today.” 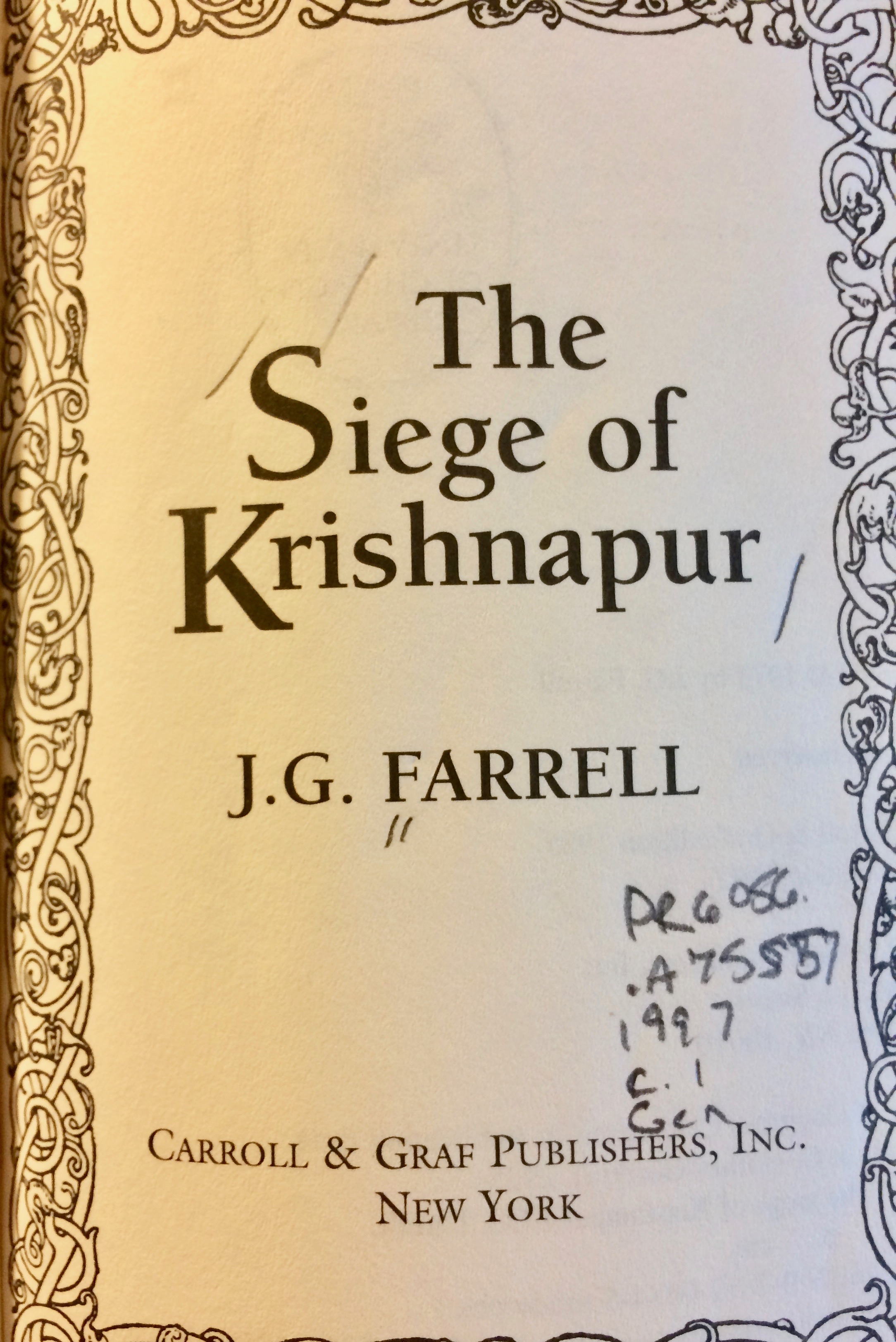 I came to this book by an unusual route. (It’s not a Booker winner.) I was listening to a song on YouTube suggested by a reader: Karen Carpenter’s version of “Don’t Cry for Me Argentina“, and then got hooked into the YouTube suggestion of Madonna singing the same song” from the movie version of “Evita“.  Since I heard that, and several other versions, I realized that I know very little about Eva Peron despite the huge role she played (and still plays) in the history of Argentina. So I needed to fill that lacuna, and this book appeared to be the biography that was recommended most often. (It also appears to be the one that inspired the musical.)

The Evita legend freaks me out, as it’s played on a foreign stage, and involves a poor woman who hits the big time, using her fame as an actress, a beauty, and Juan Peron’s wife to do good for the poor. But her motivations may be more than altruistic, or so suggest the lyrics of Lloyd-Webber/Rice song—a pastiche of trite emotions and self-aggrandizement set to a beautiful tune. I need to find out how much of Evita was empathy and how much was self promotion. Regardless, her story, her death at 33 from uterine cancer, and the preservation of her body (Juan Peron used to put it on the dinner table as he ate), is just plain weird, and I want to know about it. And I want to know what she did to make her more beloved of her people than was her husband. 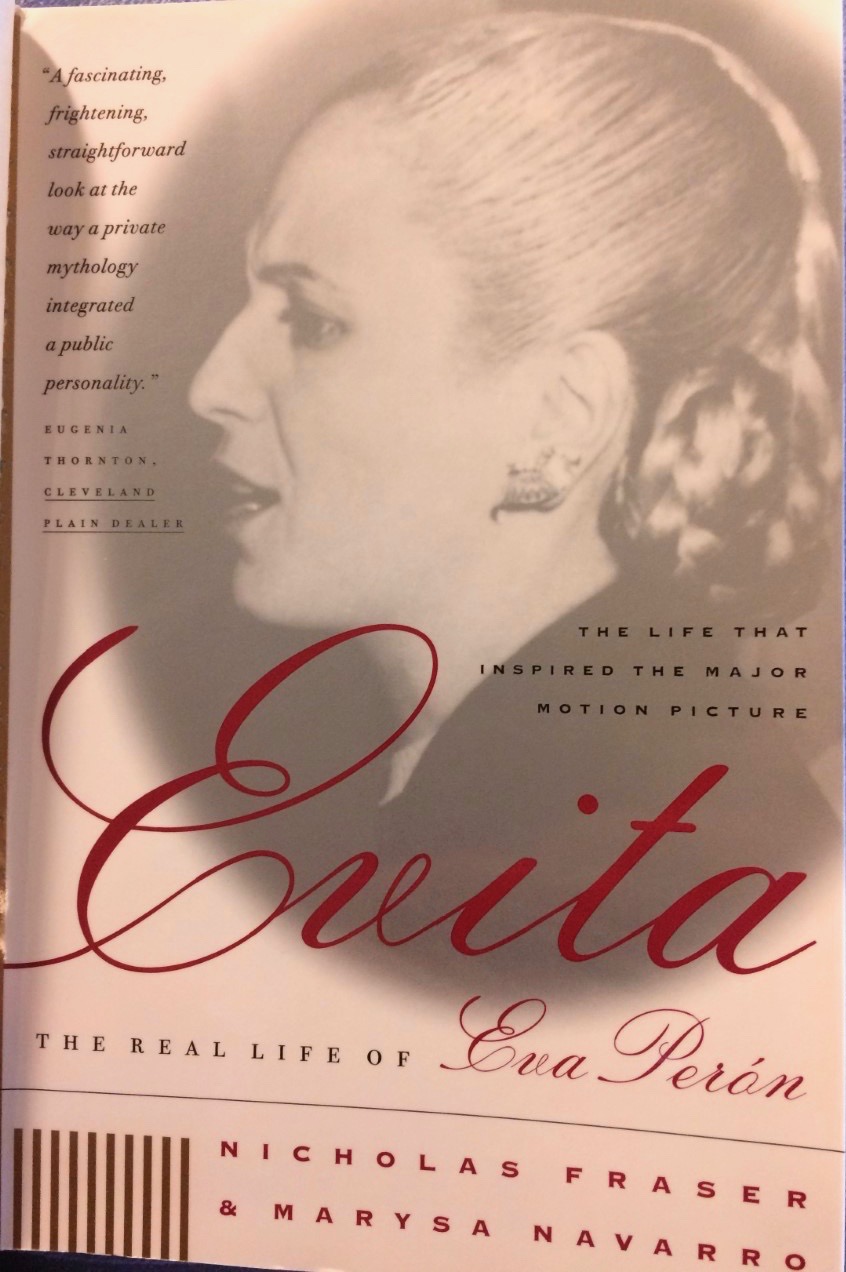 A brief but informative biography:

Here’s Eva Peron’s state funeral in 1952—an unusual ceremony for the wife of a President. But she was adored by the “common people’ of Argentina. The video has no sound, but doesn’t need any.

A rare video of Eva Peron being interviewed:

And to see a popular post on my favorite 20 books of the last 200 years (along with those chosen by my friend Tim), go here.

This, of course, is my call for you to recommend books you’re reading or have read recently, as I often find my own material from readers’ suggestions. Please comment below.

90 thoughts on “What we’re reading now”