Yesterday I wrote about an unbelievably weird paper in the Elsevier journal Ethics, Medicine and Public Health. It reports a survey on Facebook and Twitter by three European scientists, curious about which saints respondents thought were the best ones to pray to for those who get Covid. This wasn’t just a survey of Catholic opinion, but was presented almost as a crowdsourced guide about which saints to call upon should you get the virus. The title is below, but presents only bits of the paper, and I couldn’t access the full thing because our library doesn’t get that journal. To see the snippets, click below: 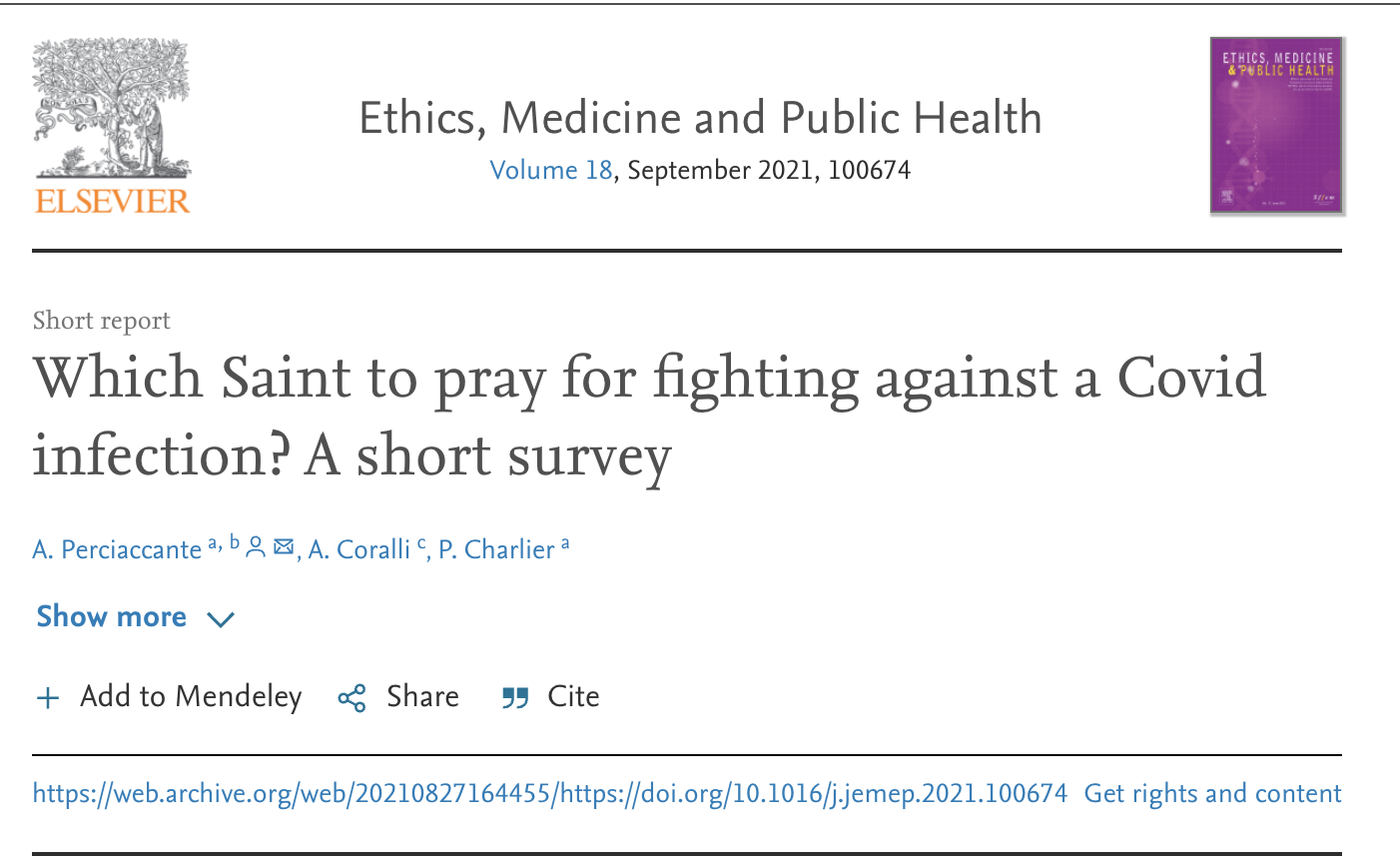 Further, trying to ascertain if this paper was real by looking on the journal’s website (yes, it’s real), I also found that there was a “comment”, which I automatically assumed was a critical letter. (Click on screenshot below to see the site, but again, it’s paywalled): 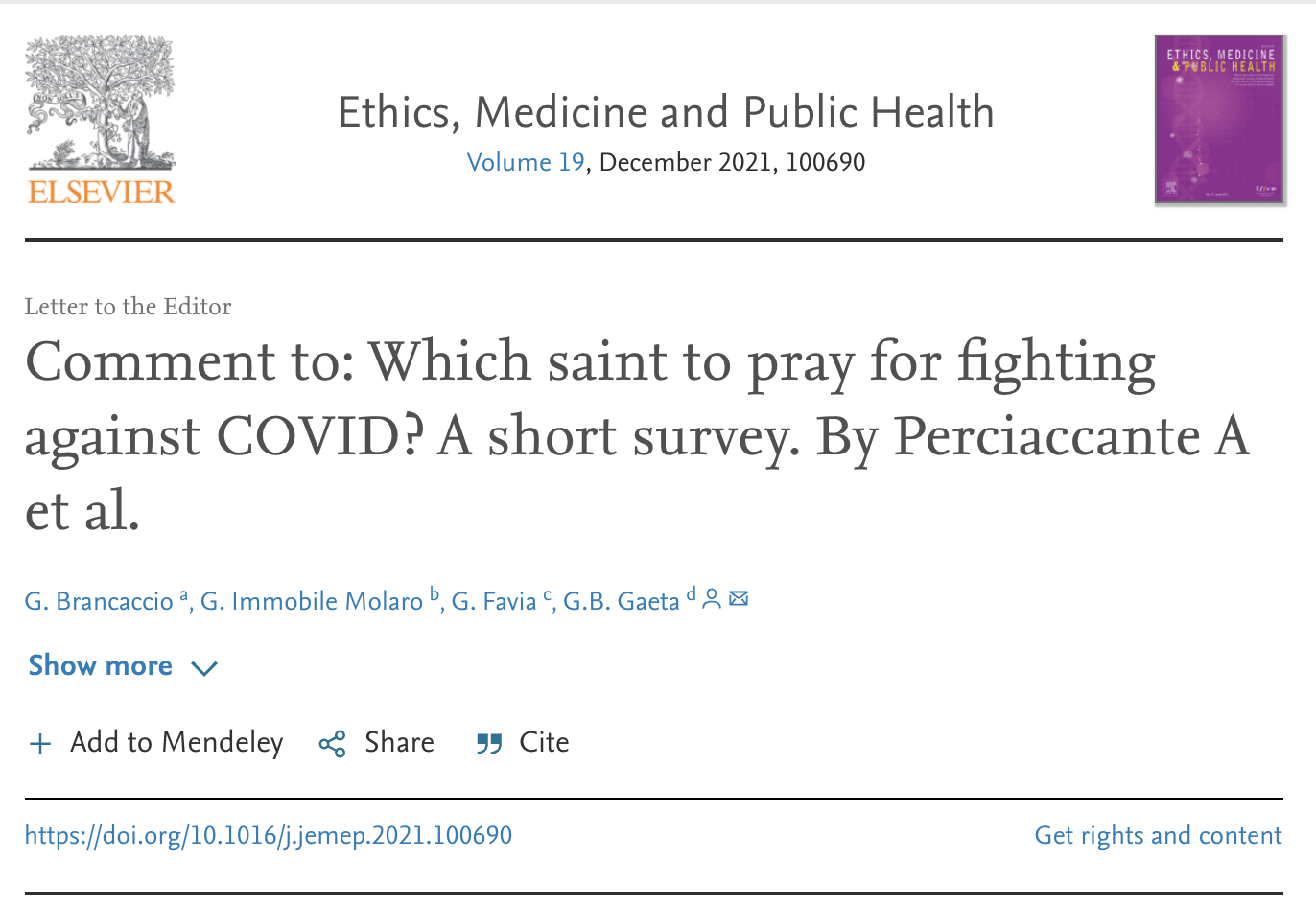 Now, however, several kind readers have gotten hold of both the entire original paper and the reply, which you might be able to see via judicious inquiry. The short original paper is as bad as I suspected from the snippet, and the letter is completely weird, as it praises the original paper and then suggests that the authors left out one important saint. San Gennaro, known to Catholics as St. Januarius. (You might recall that the young Godfather murders Don Fanucci during the San Gennaro festival in New York City, with the fireworks masking the gunshots.)

First, the original paper. The authors surveyed, over just four days, followers on Twitter and Facebook. They asked the following question (it’s not really a question; this paper badly needs editing for English):

“Which saint you would pray for fighting against a Covid infection?”

They asked 15,840 people (92% from Europe) and got 1158 responses. There’s no information on the sex, age, or cultural background of the respondents.  Here are the answers: 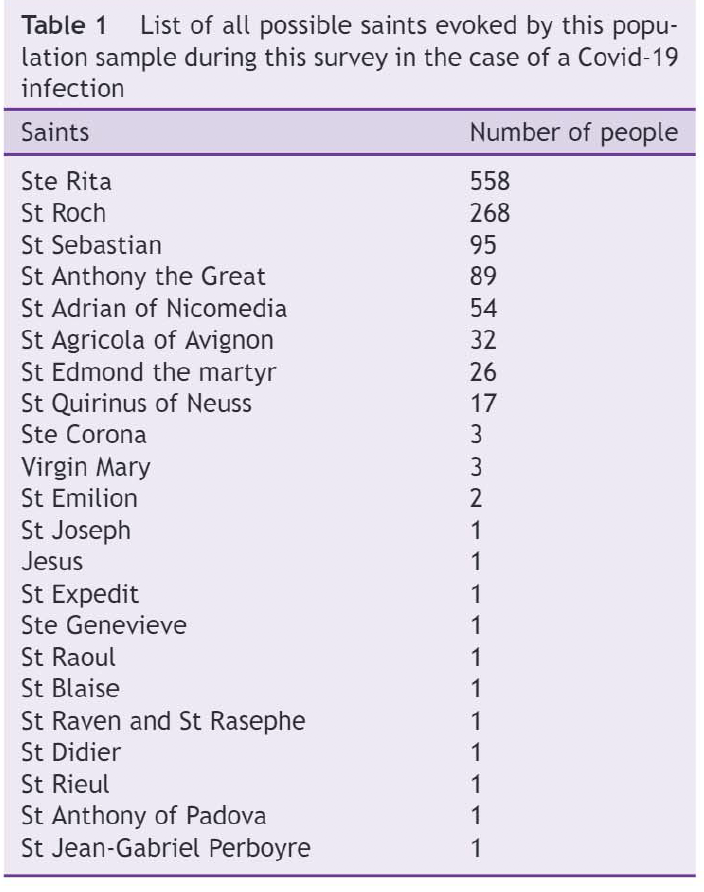 St. Rita is said to practice self-mortification, had a difficult marriage, and “is considered patron saint of lost causes.” The next two, Saints Roch and Sebastian, are seen as protectors from the plague. The authors go on to discuss the saints not only as if they were real, but as if the miracles they were said to perform were real! An example (I can’t copy from the pdfs so am giving screenshots). 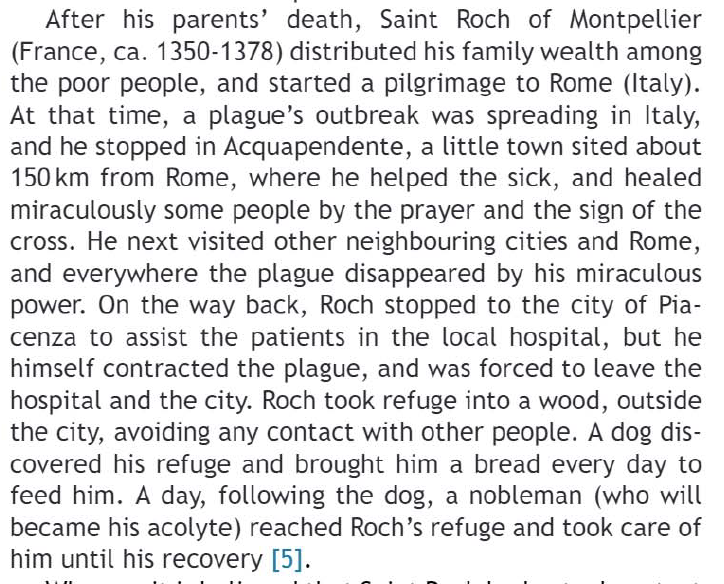 And here’s the paper’s summary, which certainly lends credibility to my guess that the authors do think this list will help people get over the virus. You could argue that it’s just a sociological report of what Catholics think, but I suspect there’s more behind it. 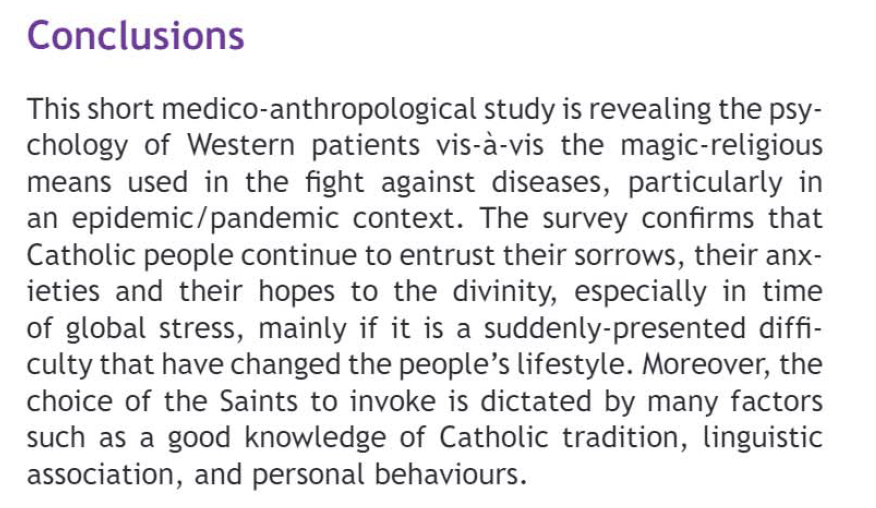 As for the “letter,” it’s not a critique, but praises the “brilliant” paper of Perciaccante et al. and then adds that the authors missed an important saint—perhaps because some regions of Italy that worship St. Gennaro (e.g., Naples) weren’t included in the survey. They end by saying that there are conflicting results about whether prayer “works” in curing disease, but that it does make people feel psychologically better. Here’s the whole thing, written by three Italian researchers: 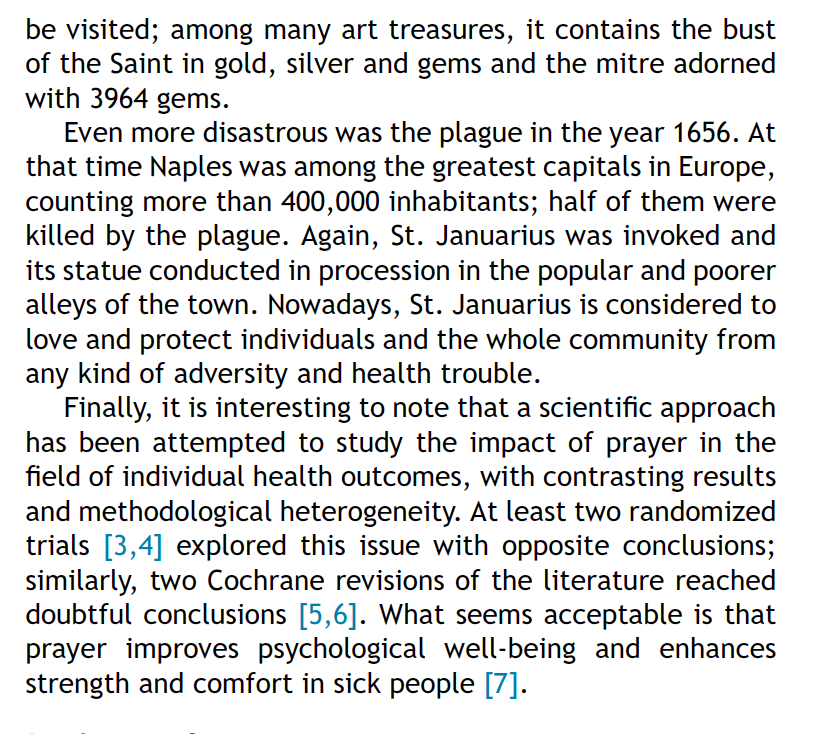 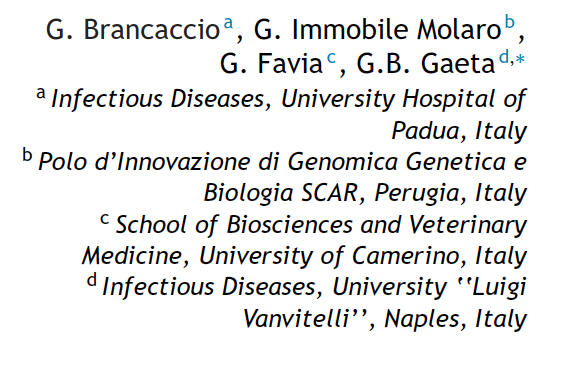 Note that the miraculous liquefaction of St. Januarius’s blood is taken for granted as a real miracle. (See here for naturalistic explanations.)

Two papers are cited (#3 and 4) that, say Brancaccio et al., show conflicting effects of remote intercessory prayer on the outcome of coronary patients. The first coronary care paper is well known, and found no effect (in fact, there was one negative effect of remote intercessory prayer on healing). The second, which I just scanned, appears to give marginal positive results, with the probability that the “improved” effect of prayer could be due to chance alone being 4% (lower than 5% is considered significant, but the authors did not correct for using multiple indices of healing, which one would normally do using a Bonferroni test). The effect of prayer, even accepting their wonky probability, is very small.

Regardless, even if researchers are going to waste their time trawling for marginally significant effects of prayer on healing, do they need to also investigate which saints should be prayed to? What is the patron saint of heart issues? Did the intercessory prayers evoke that individual, or were the prayers generic? The paper doesn’t say, so apparently the selected “pray-er” was just given the first name of the patient and told to go to town.

Given the possibility that prayer promotes favorable medical outcomes, I’m surprised that doctors and scientists aren’t doing tons of research on this important issue. I wonder why.

17 thoughts on “The full paper on which saints to pray to when you’ve got Covid, and a laudatory reply”