Keep those photos coming in, folks (or, as it’s spelled now—for reasons that elude me—”folx”).

Today we have one of my favorite arthropods, jumping spiders. The photos come from Tony Eales of Queensland, whose notes are indented. Click on the photos to enlarge them.

Just a quick one to celebrate the fact I photographed my first Maratus volans. 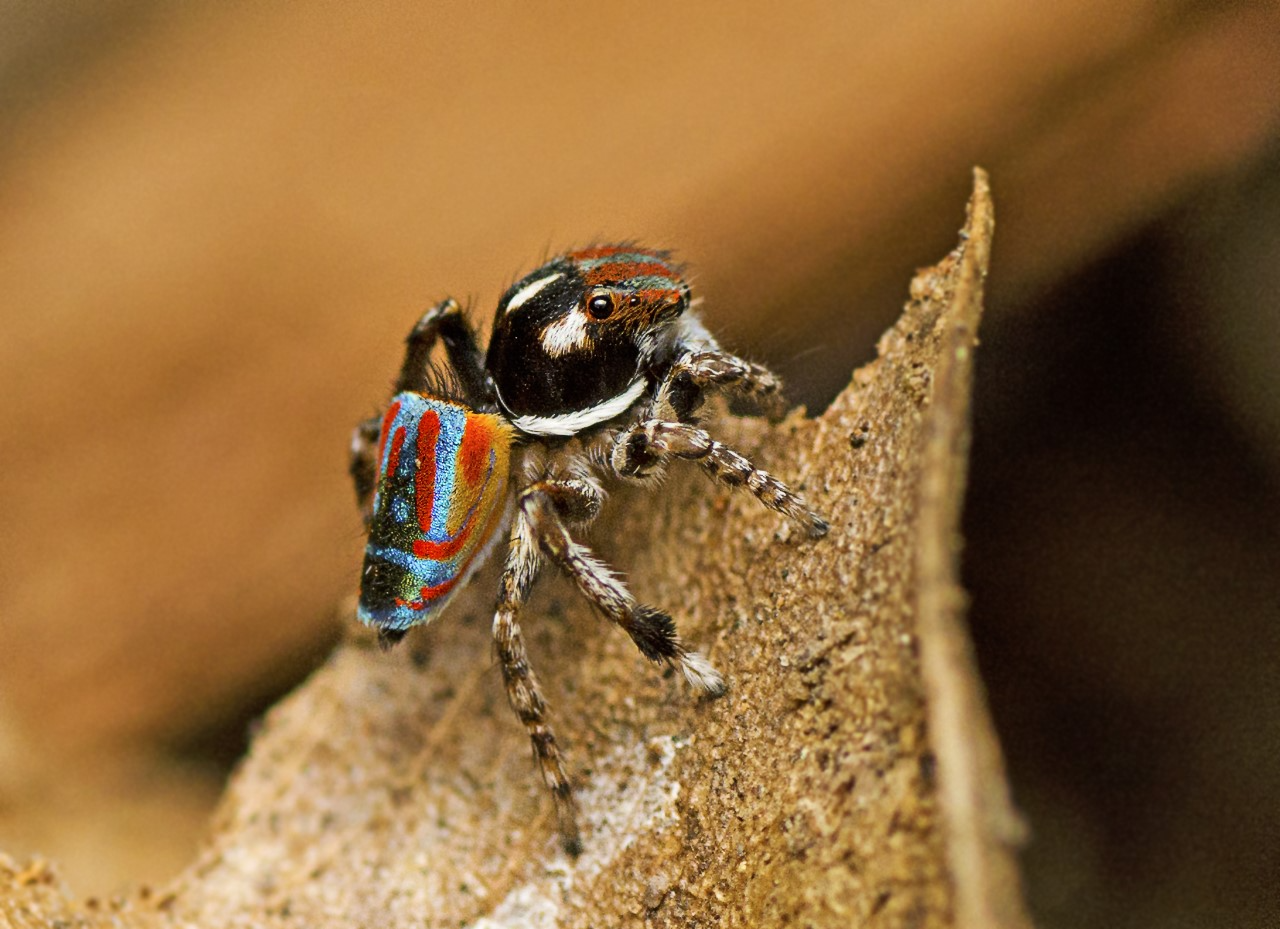 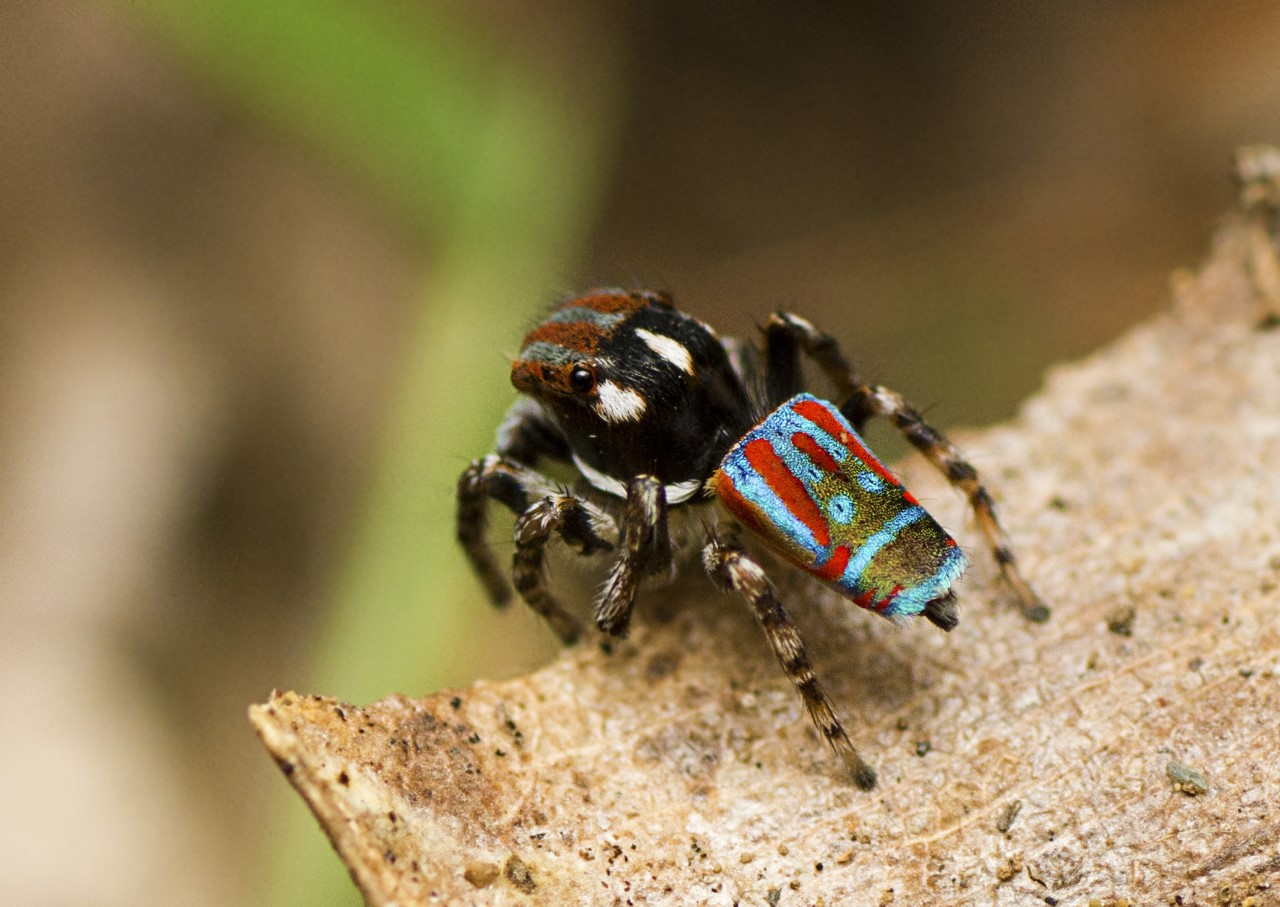 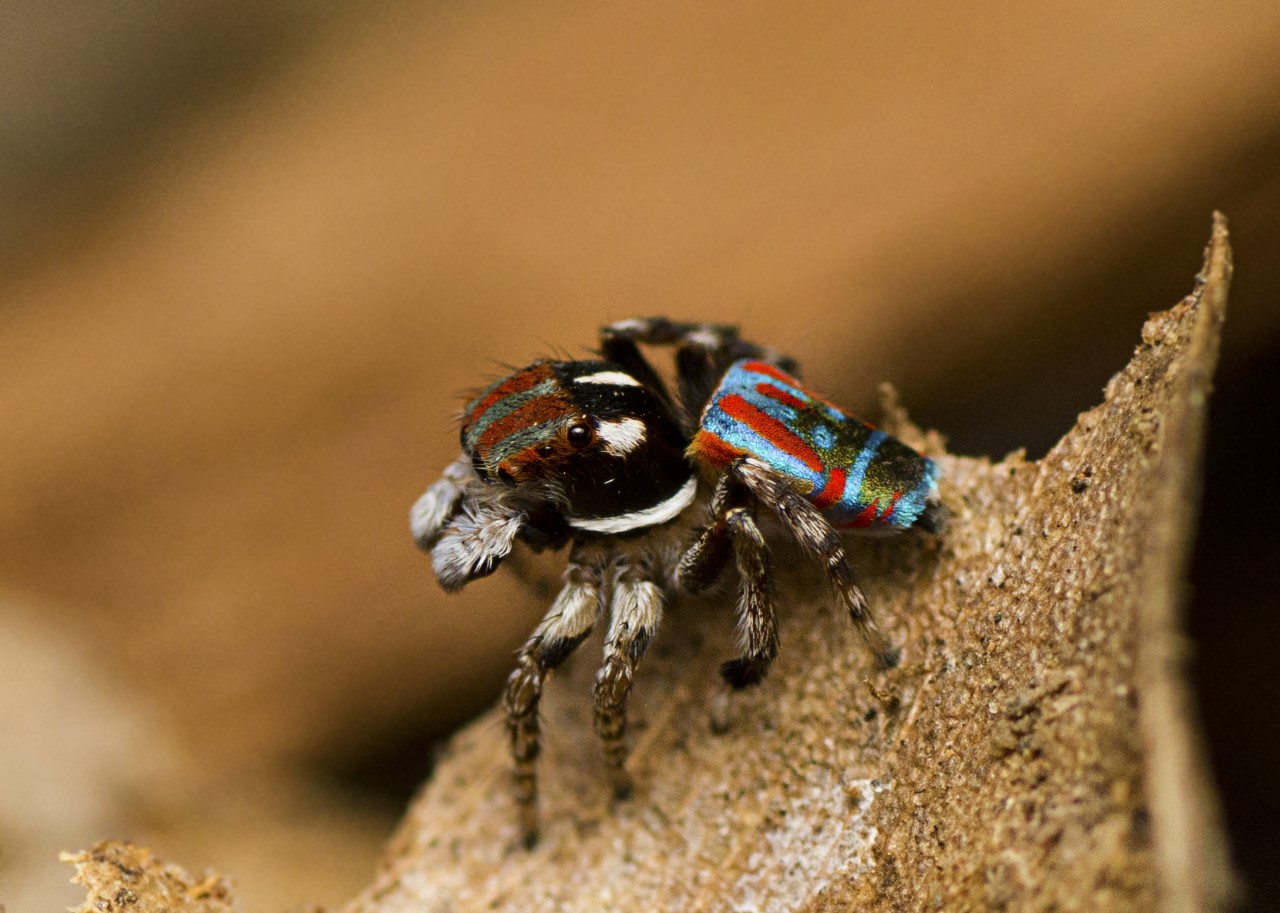 The is THE classic Peacock Jumping Spider, widespread along the south-eastern seaboard of Australia. They are also one of the most colourful, but that can be relative in a genus with so many colourful species. Next things to tick off are photographs of a male displaying and to photograph the other local species, Maratus ottoi. A friend of mine has spent 6 years trying to get a photograph of M. ottoi displaying and finally got a beautiful shot last weekend.

Much to the disgust of many of my Peacock Jumping Spider obsessed friends, two common and fairly dowdy jumping spiders have been shifted from genus Hypoblemum to the Peacock Spider genus Maratus. This had the effect of instantly upping lots of people’s peacock spider counts from zero to two. There has been much wailing and gnashing of teeth amongst the purists. I present my photos of these two new members of the elite genus. I think they are quite nice. 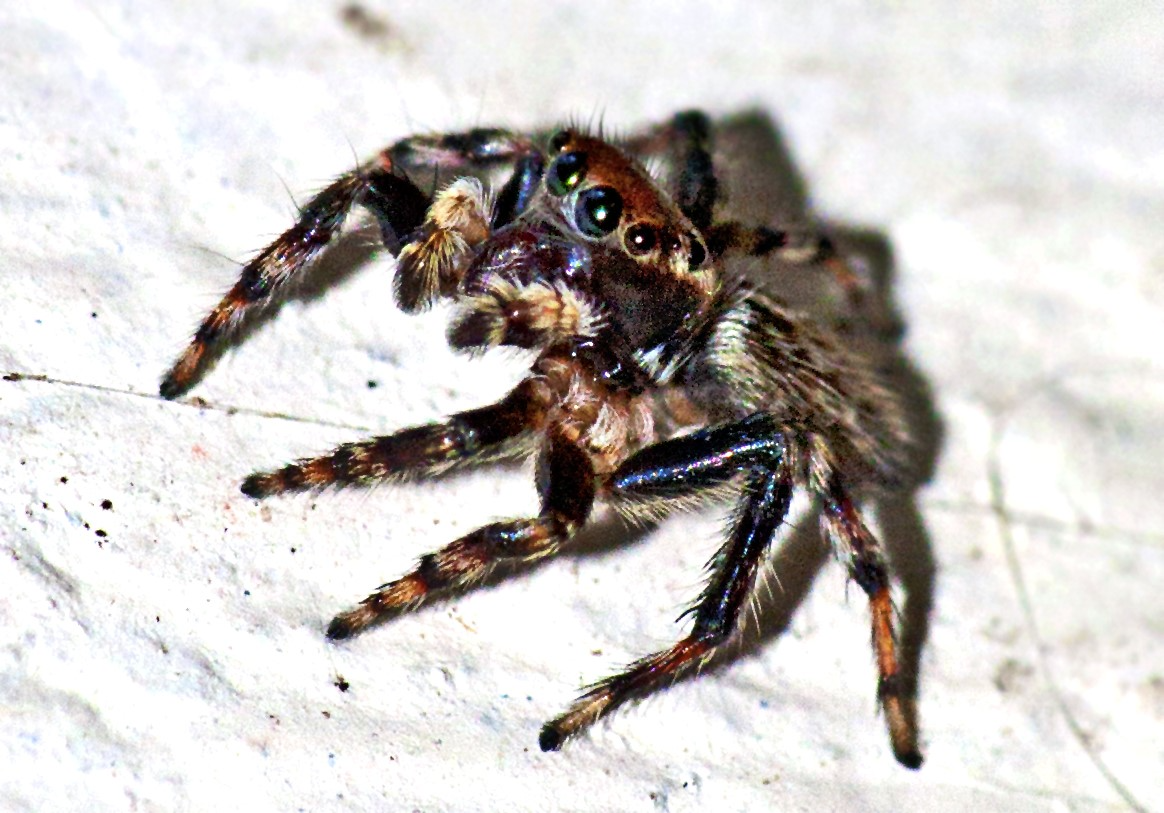 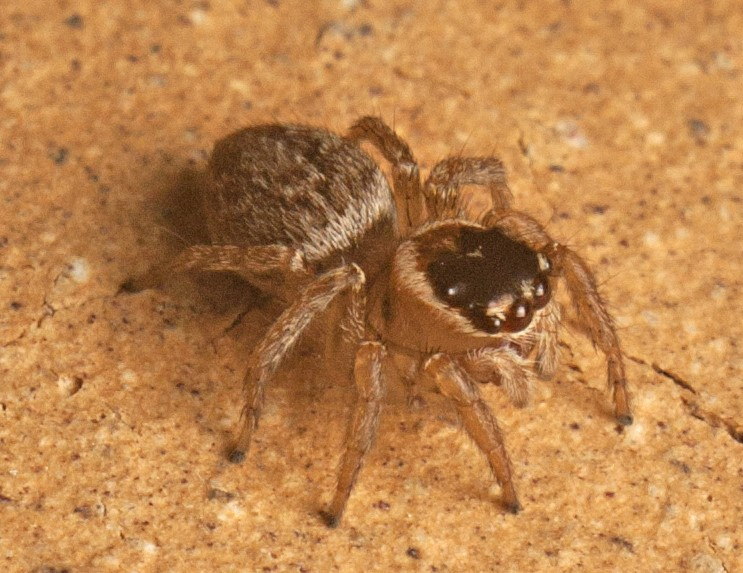 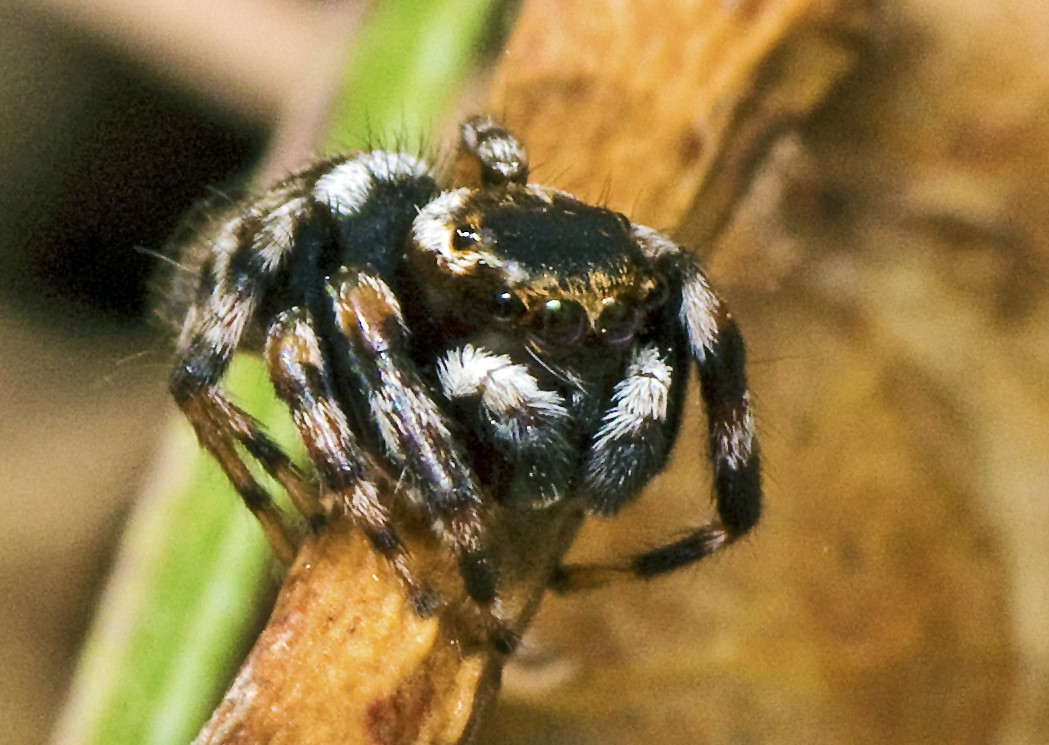 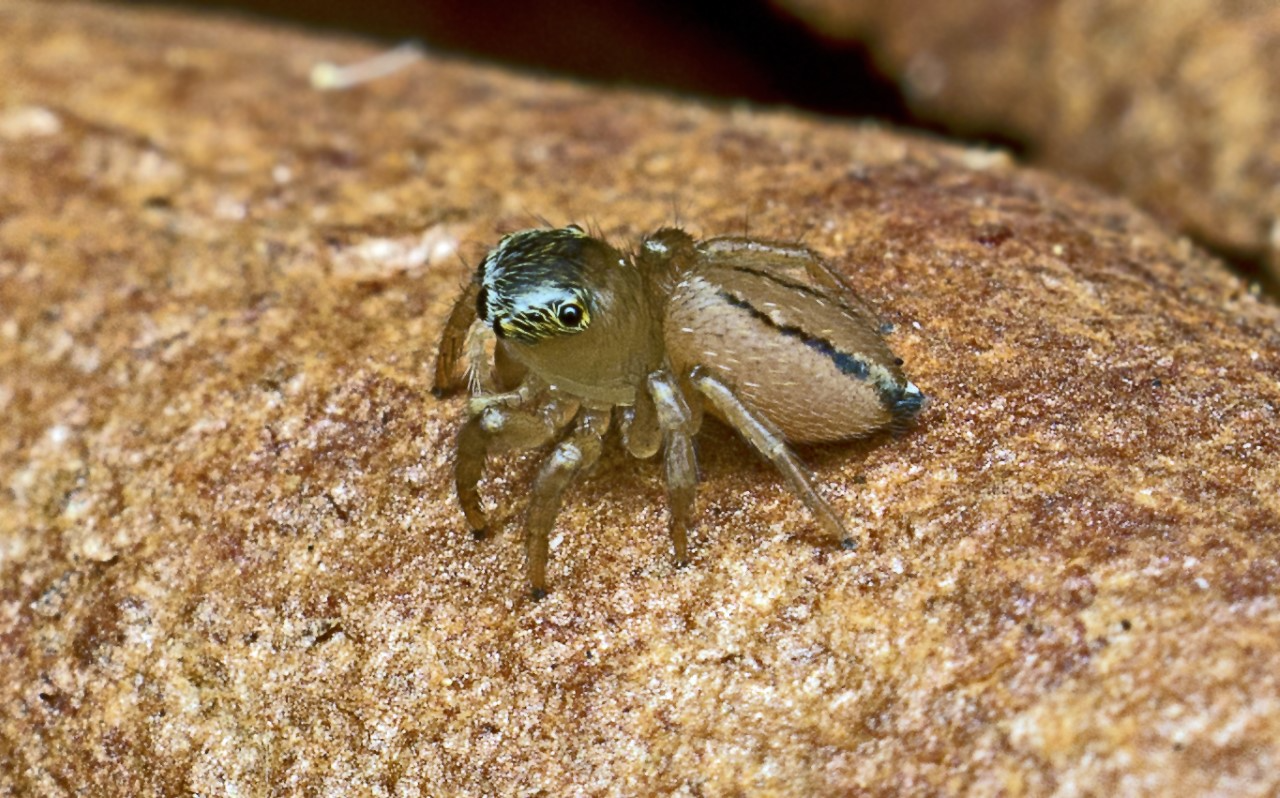