Last Friday I posted the tweet below, and suggested that because reader and biologist Lou Jost works in Ecuador and Peru, where this toucan lives, he might have seen one. (Lou works at a field station in Ecuador.) Indeed he had: he’d even filmed one and painted one of its relatives. Here’s Lou’s contribution (his words are indented, and you can enlarge the photos by clicking on them).

Can you see where the Plate-billed Mountain Toucan gets its name? The species’ distinguishing trait is the raised rectangular yellow “plate” near the base of the bill. It lives in humid montane forests along parts of the western Andes Mountains. pic.twitter.com/W929KEUgDl

A few days ago Jerry posted a photograph of a beautiful toucan, so colorful that he asked whether the colors were real. The bird was the Plate-billed Mountain-Toucan, Andigena laminirostris, native to the western Andes of Ecuador and Colombia. I can vouch for the fact that the bird really is as beautiful as that photo showed. It is a common bird in good-quality cloud forest here in Ecuador, and we have them in two of our reserves.

One afternoon while I was showing some visitors our birds, one of these toucans flew low over the road in front of the car and landed in a roadside tree in perfect light. I told the car to stop and we stayed there watching, photographing, and videoing this magnificent bird for half an hour. Even though we had all seen this species many times before, there was something special about the perfect light, the close distance, and the absolute lack of fear or concern in the bird, and the way it posed for us at every possible angle. Two of the people in the car were Bob Ridgely, author of the Birds of Ecuador field guide, and veteran Ecuadorian ornithologist  Pancho Sornoza. As we were all watching the bird, Pancho said “Bob, this is the best bird sighting I’ve ever had in all my life”. This from a guy who had spent his whole life watching birds in Ecuador.

Lou is also an artist and did a painting or a related species::

Here is my painting of another Ecuadorian member of the same genus, the Gray-breasted Mountain-Toucan, Andigena hypoglauca. This species lives at much higher elevations than the Plate-billed Mountain-Toucan, and only on the eastern side of the Andes. It is one of my favorite birds. These toucans mostly eat fruit, but their long bills also facilitate reaching into hole nests of other birds and eating their eggs or young. Some toucans of a different genus are even known to kill and eat monkeys! 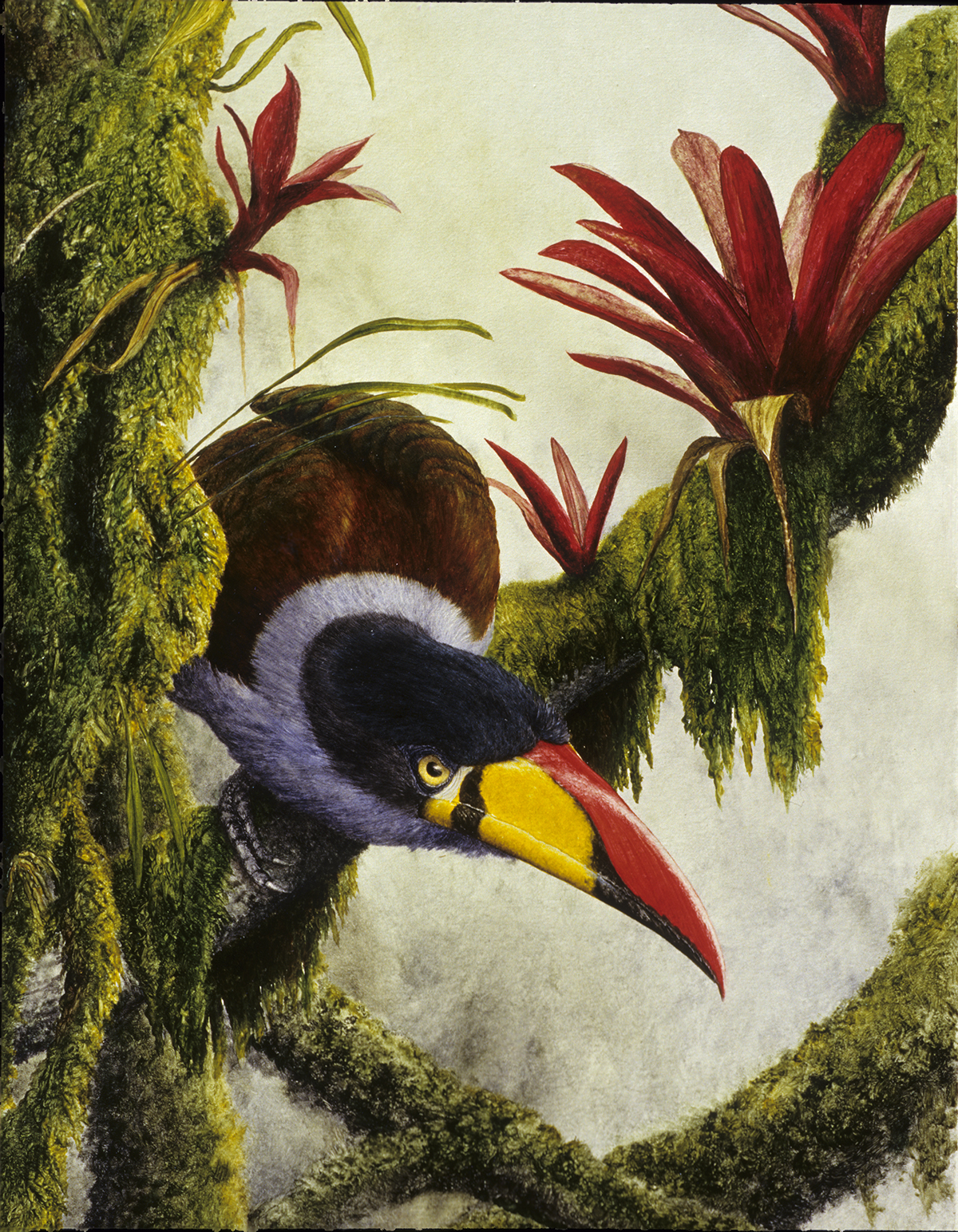 24 thoughts on “Readers’ wildlife photos (and video and painting)”