Today’s photos come from Jamie Blilie, though the notes were written by his father James. Click on the photos to enlarge them.  And send in your wildlife/street/landscape photos, please!

Here’s another lot from our wildlife photographer, my son Jamie, age 17.  He captured these in about 10 minutes on the pond behind our house, yesterday afternoon (12-Jul-2021).  We are in Ramsey County, outside St. Paul, Minnesota. We have amazing wildlife (our bird list seen from the house fills three columns on letter-sized paper, single spaced) even though we are only 20 minutes by road from both downtown Minneapolis and downtown St. Paul).

My wife and I were enjoying our back deck after lunch and suddenly there were three otters (Lontra canadensis) swimming around, cavorting (as otters do – it must be fun to be an otter), and hunting vigorously.  We saw them eating many small fish.  We’ve seen single otters in the pond before, but never three at once.  I guess that they are mother and two young offspring.

We called Jamie out and he got some good photos.  (Otters move fast and they are mostly under water.)

First the otters.  One swimming away from our shore, one looking back at us, and one on the far side, munching an unlucky fish: I think a Black Bullhead (Ameiurus melas).  This end of our pond has been alive with hunters:  Herons, Belted Kingfishers (Megaceryle alcyon), Ospreys (Pandion haliaetus; they nest in the park on the other side of the pond every summer), and Norther Pike (Esox lucius; of which Jamie has caught (and released) many this summer) 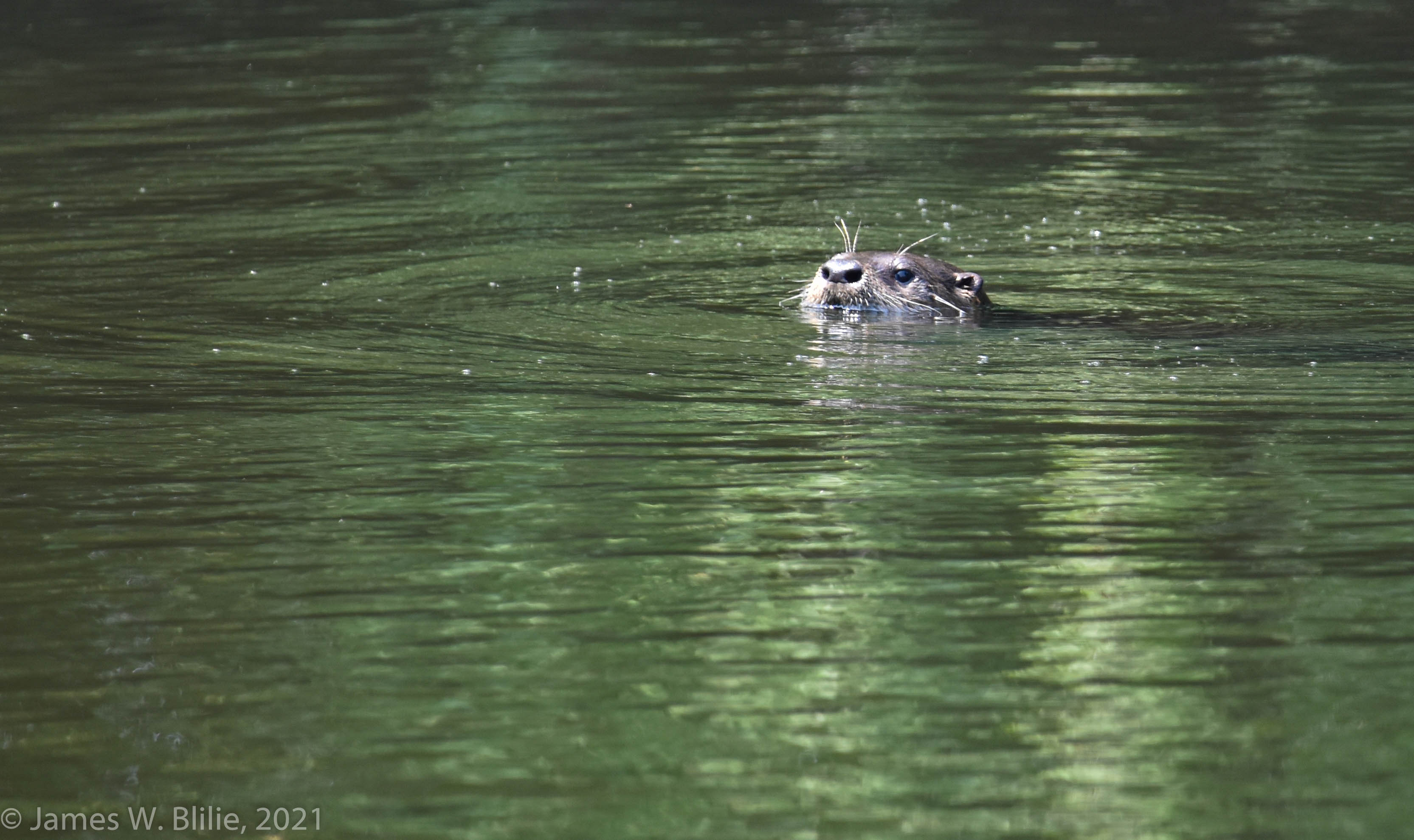 Next a shot of our resident Muskrat (Ondatra zibethicus), who is sitting very still and flattened to the ground just at the edge of the water until the otters leave!  His burrow is very nearby, just underwater on that far bank. 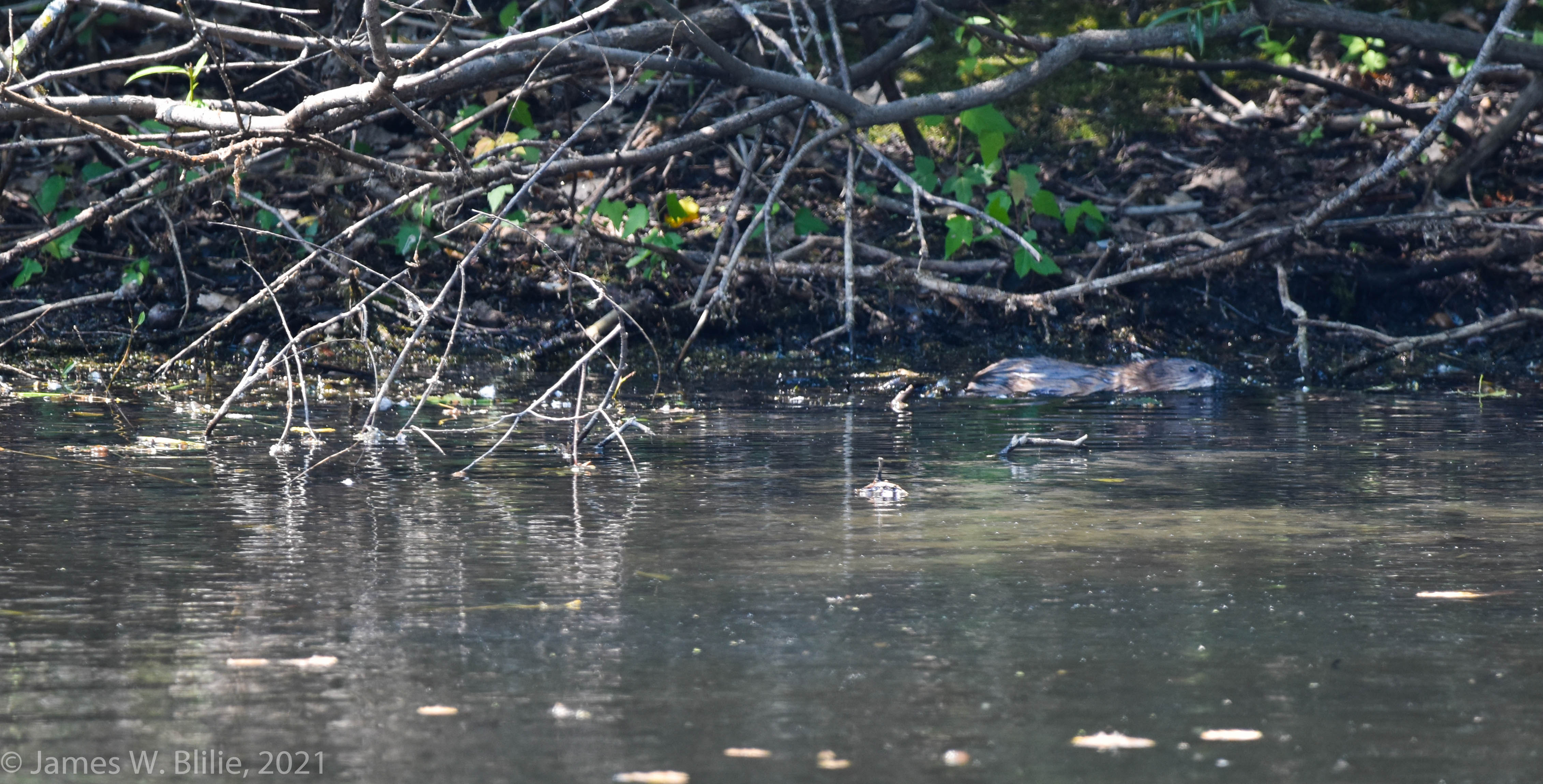 Next, two shots of a Green Heron (Butorides virescens), one with his crest raised high.  These nest in the trees along the pond and seem to bring off a successful brood (I’m sure a series of pairs) every year.  (I think these were from the same day; but not 100% sure.)

Finally, a proud mother Mallard (Anas platyrhynchos), guarding her second (or third?) brood of the summer. She stood guard over them as the walked around the edge of the pond, just at the water line, busily munching up something they really liked, perhaps insects.  They walked about 100 or so yards as we watched them.  Hungry little ducklings!