But today we have a nice set of insect photos (and one spider shot) by Alan Clark from Liverpool, England. His captions are indented and you can enlarge his photos by clicking on them.

I have lived here nearly 40 years, but I have never seen the first three species before this summer.

Swollen-Thighed Beetle, Oedemera nobilis. Only the males have those impressive thighs. 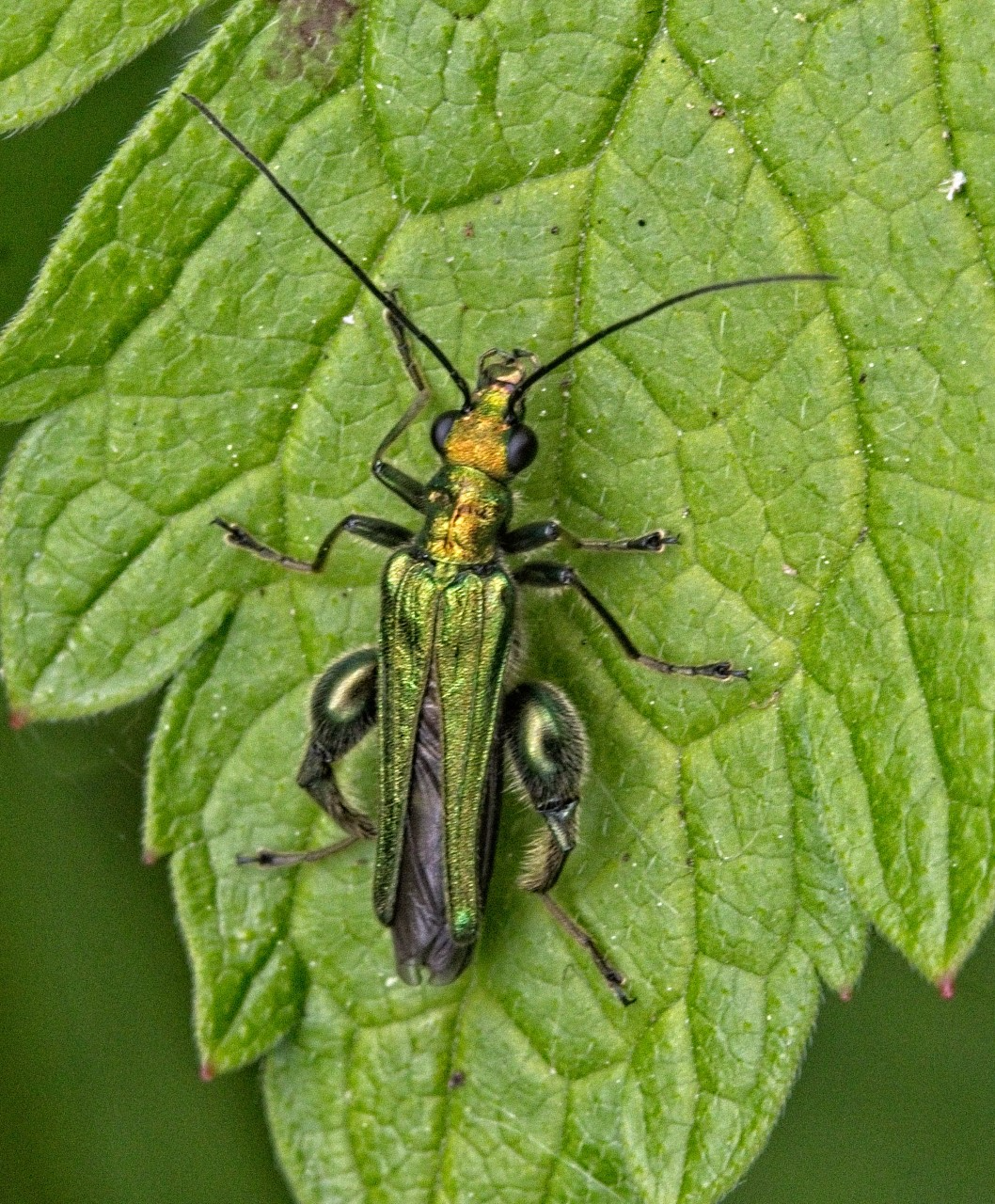 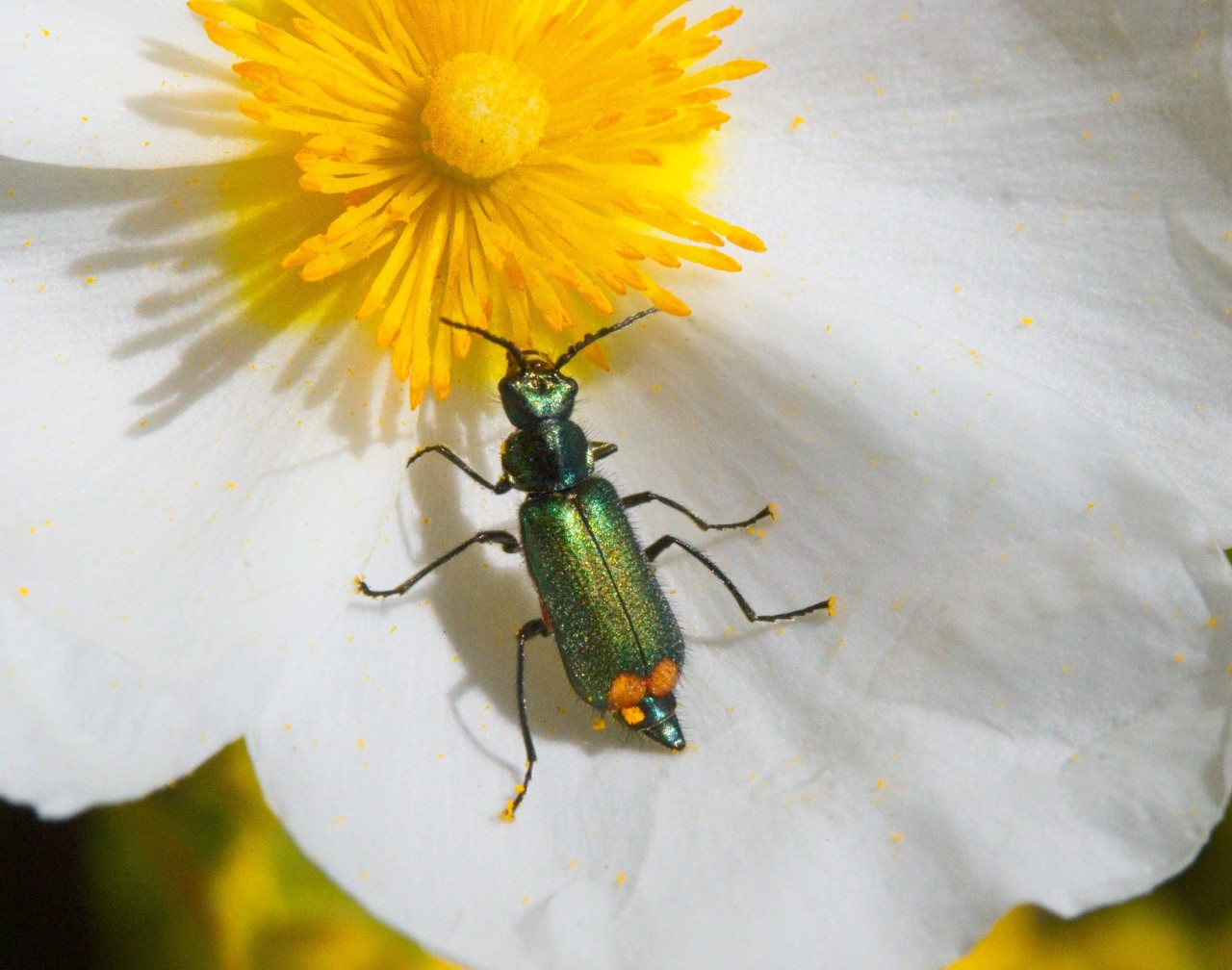 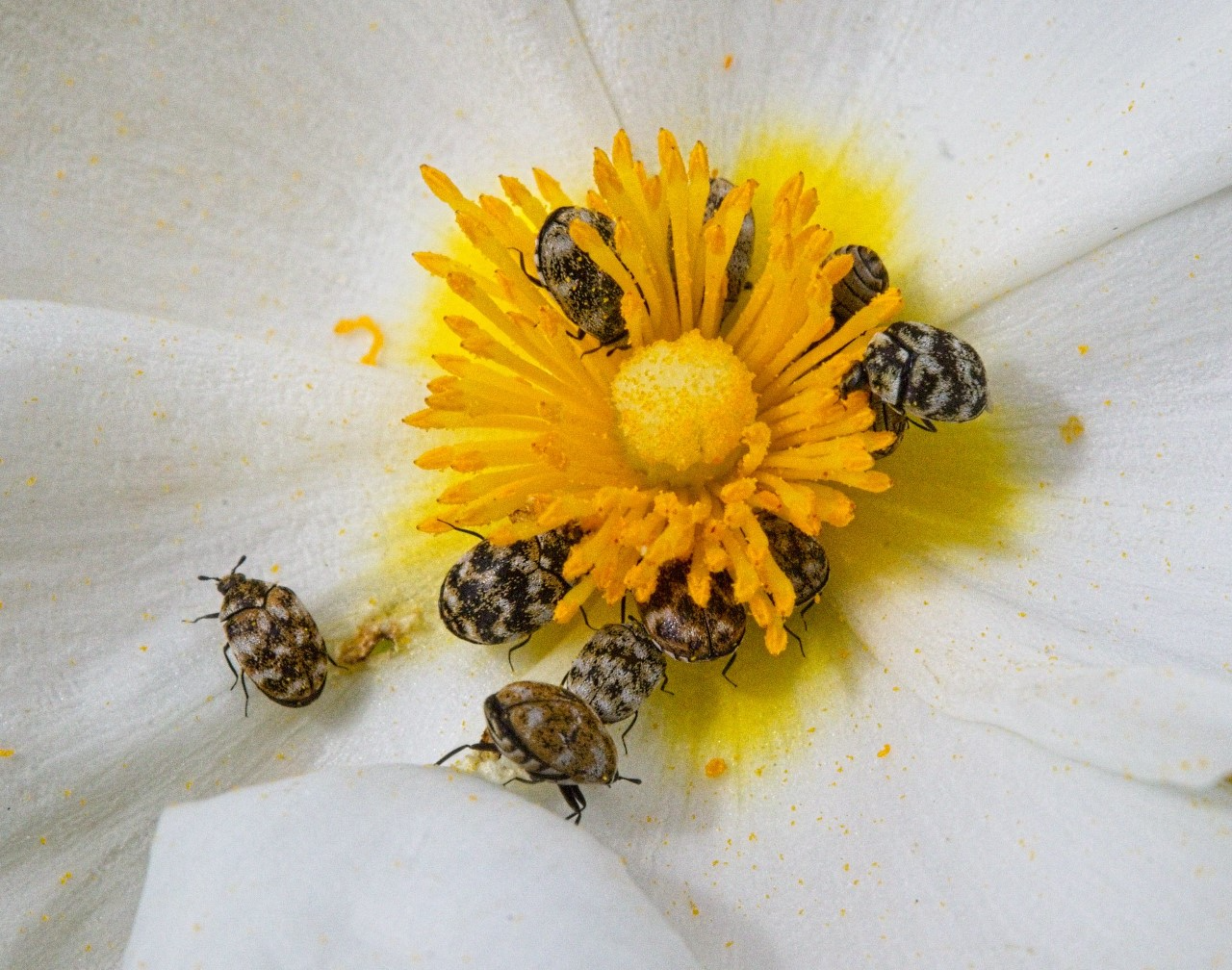 This photo of Painted Lady Butterflies, Vanessa cardui, on Buddleja davidii, [the butterfly bush] is a composite made from the best of over 50 photos, most of which were inevitably out of focus. I was amused by the show-off bee in the bottom right corner! 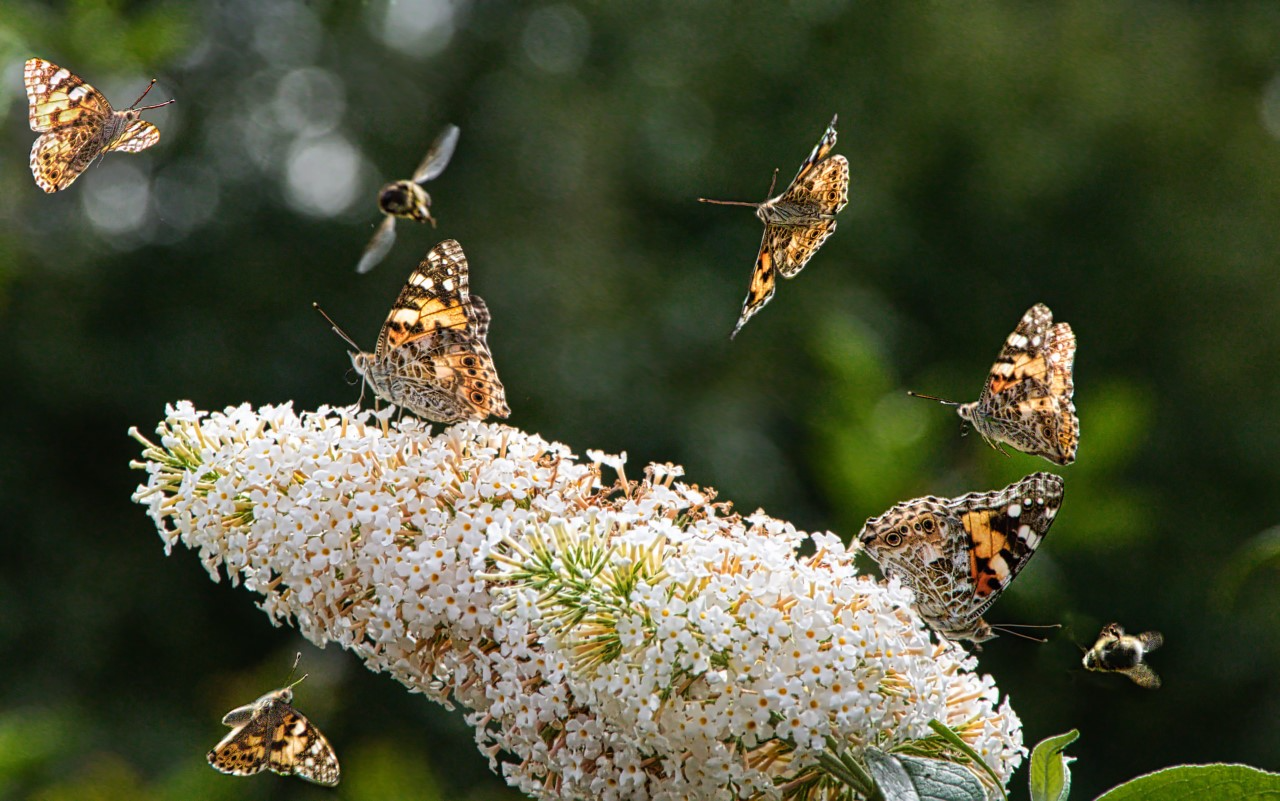 A Marmalade Hoverfly, Episyrphus balteatus. Four images were stacked together to give better depth of field. 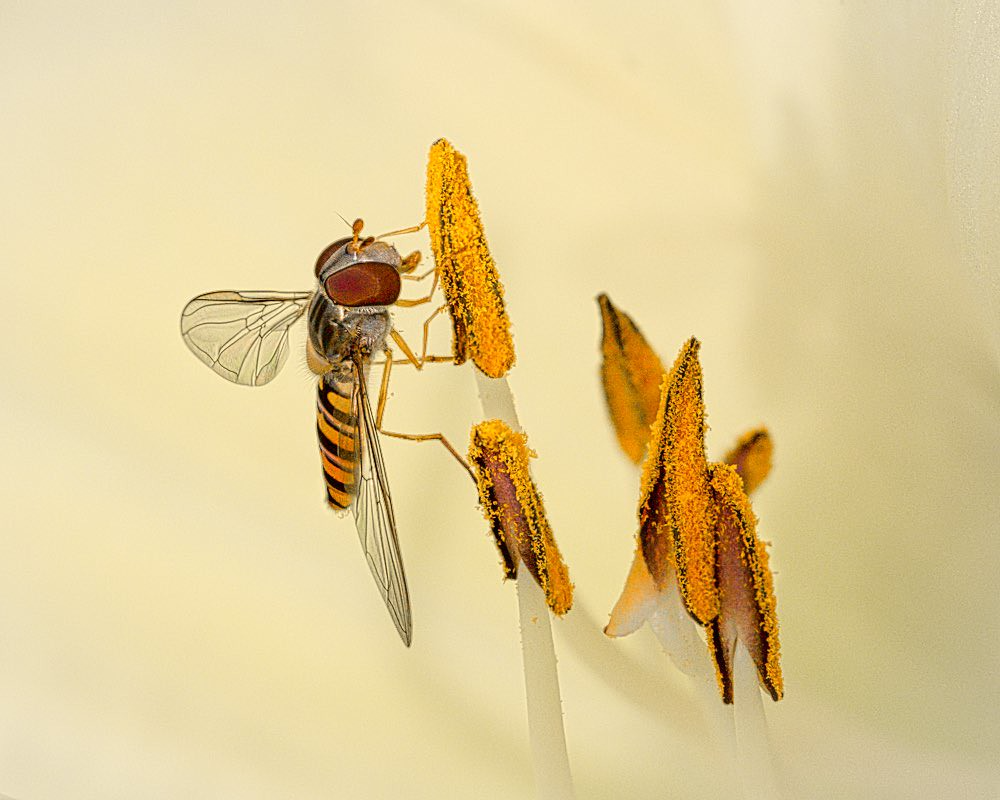 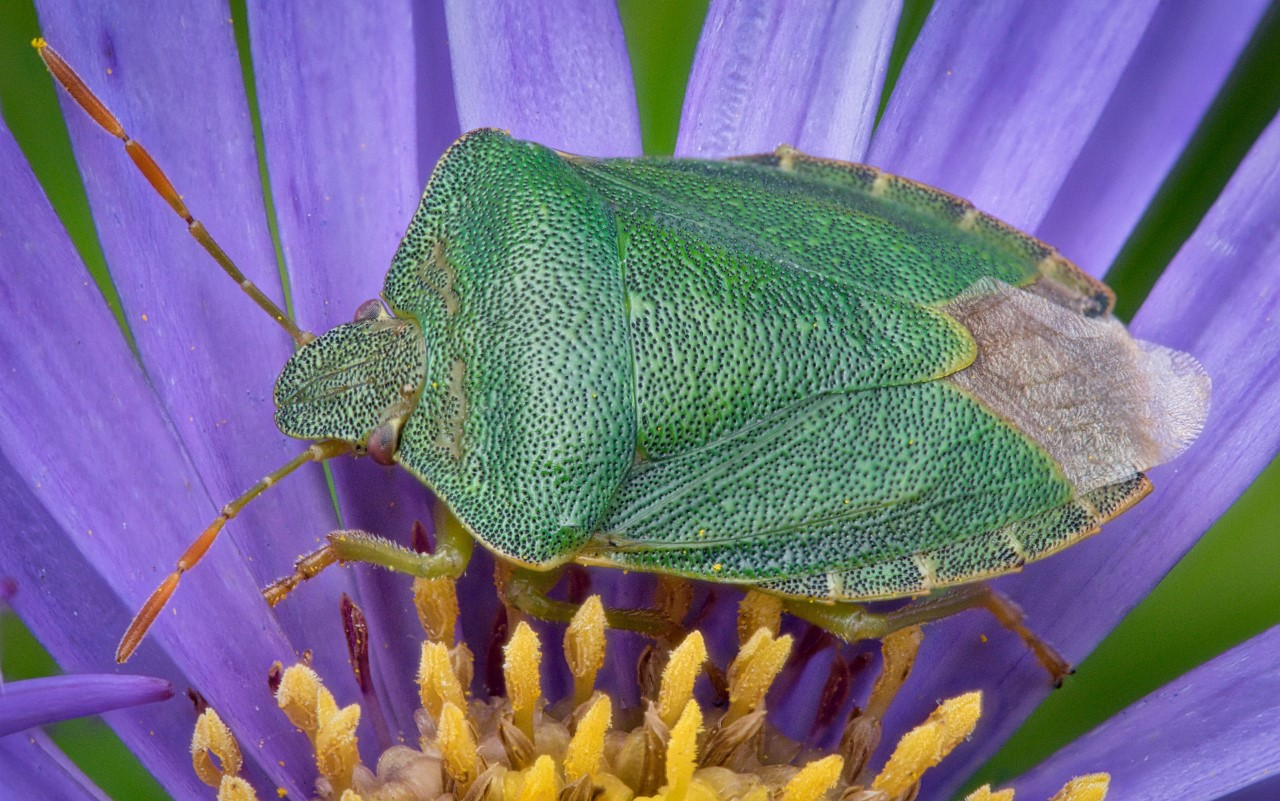 Another Hoverfly, Syrphus ribesii, with Cephalaria gigantea [the Giant Scabious]: 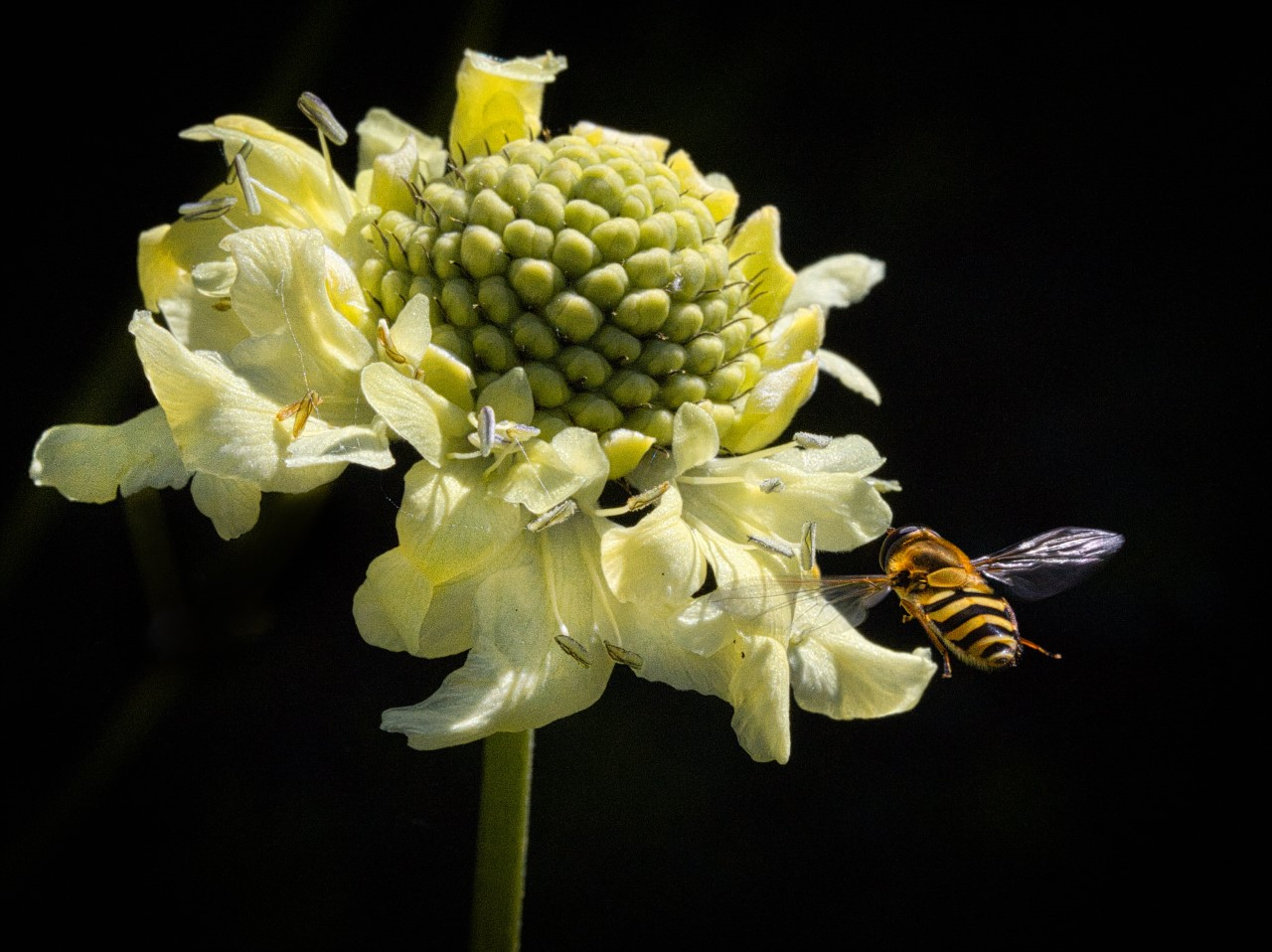 And finally some adorable newly hatched spiderlings on my wheelie bin, Araneus diadematus, the European Garden Spider. They are very different from the adults. 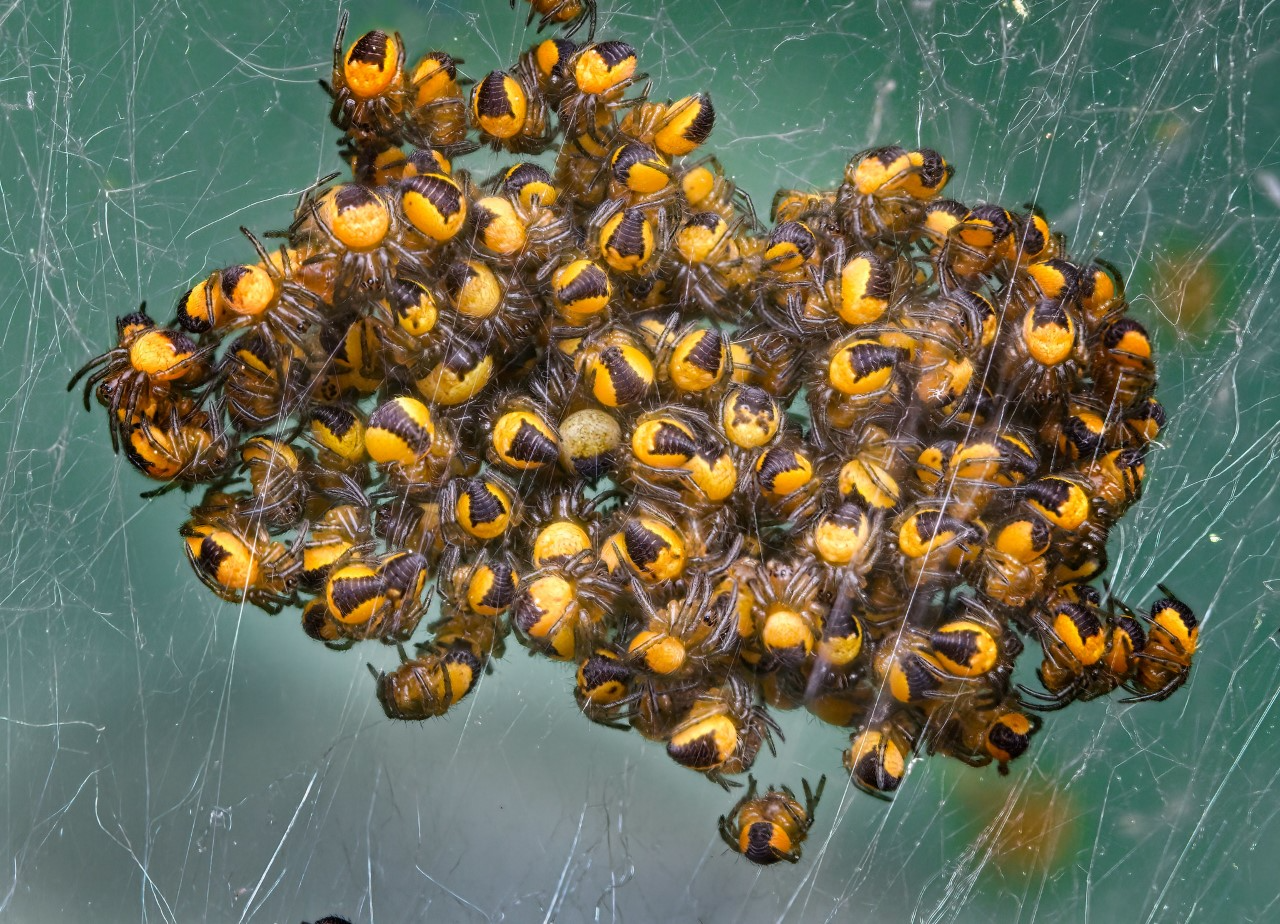 JAC: I’ve put a picture of the adults below (taken from Wikipedia): first a female, then a male: 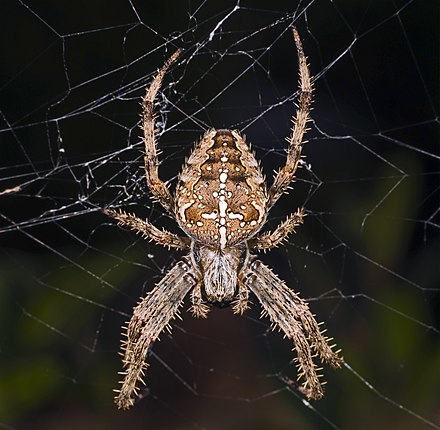 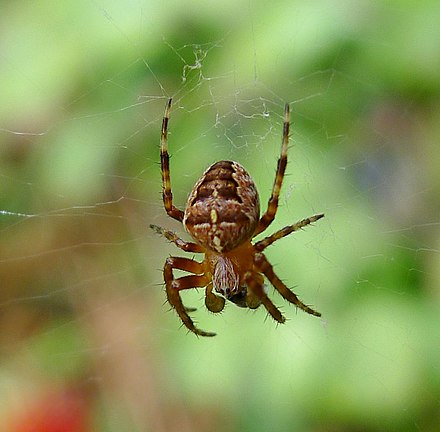