From Mathew Inman’s The Oatmeal we get “10 ways to befriend a misanthropic cat“. Many of you will recognize the techniques. I’ll show a few of the ten ways. 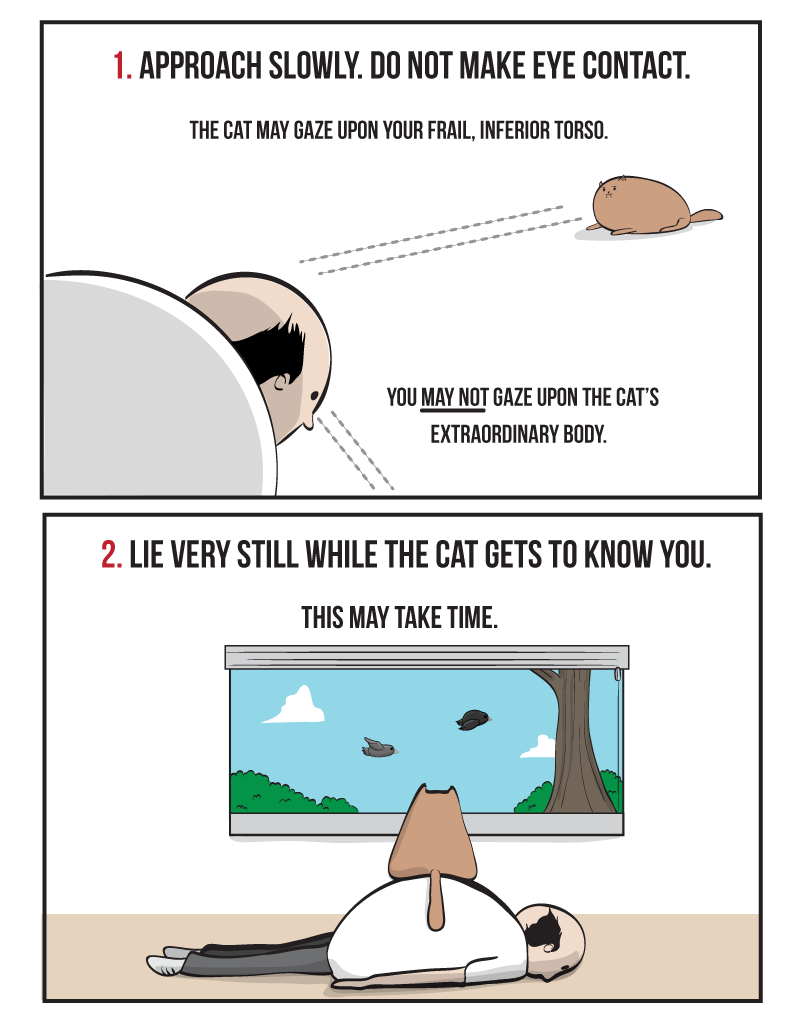 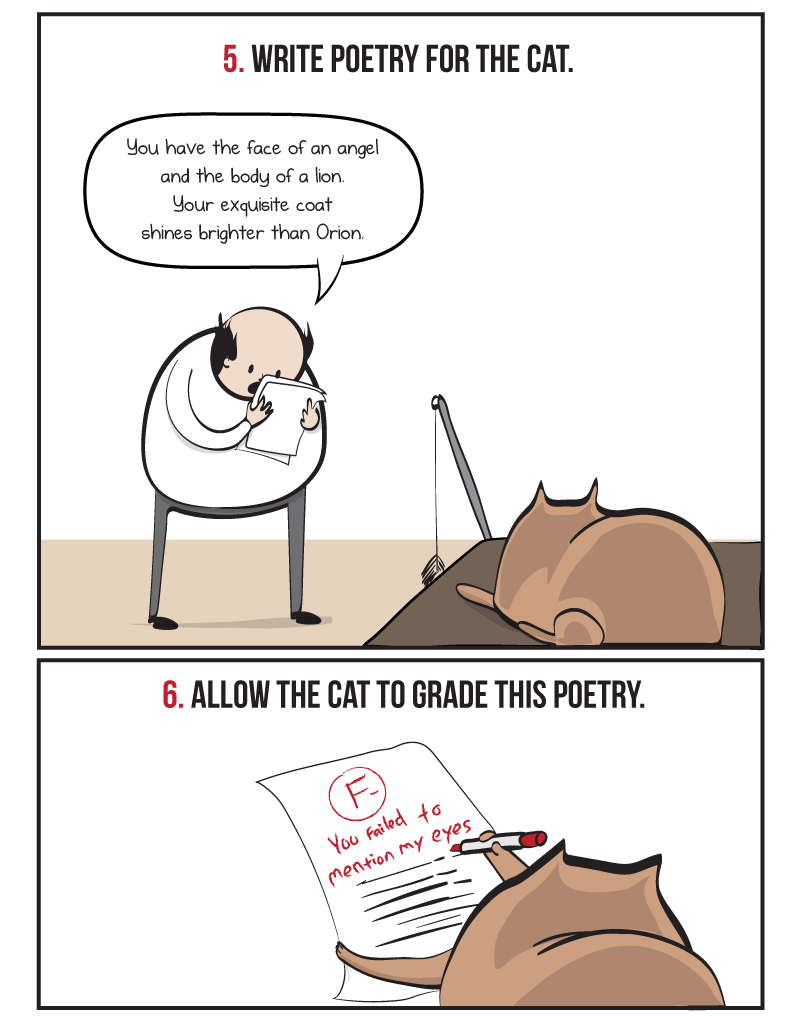 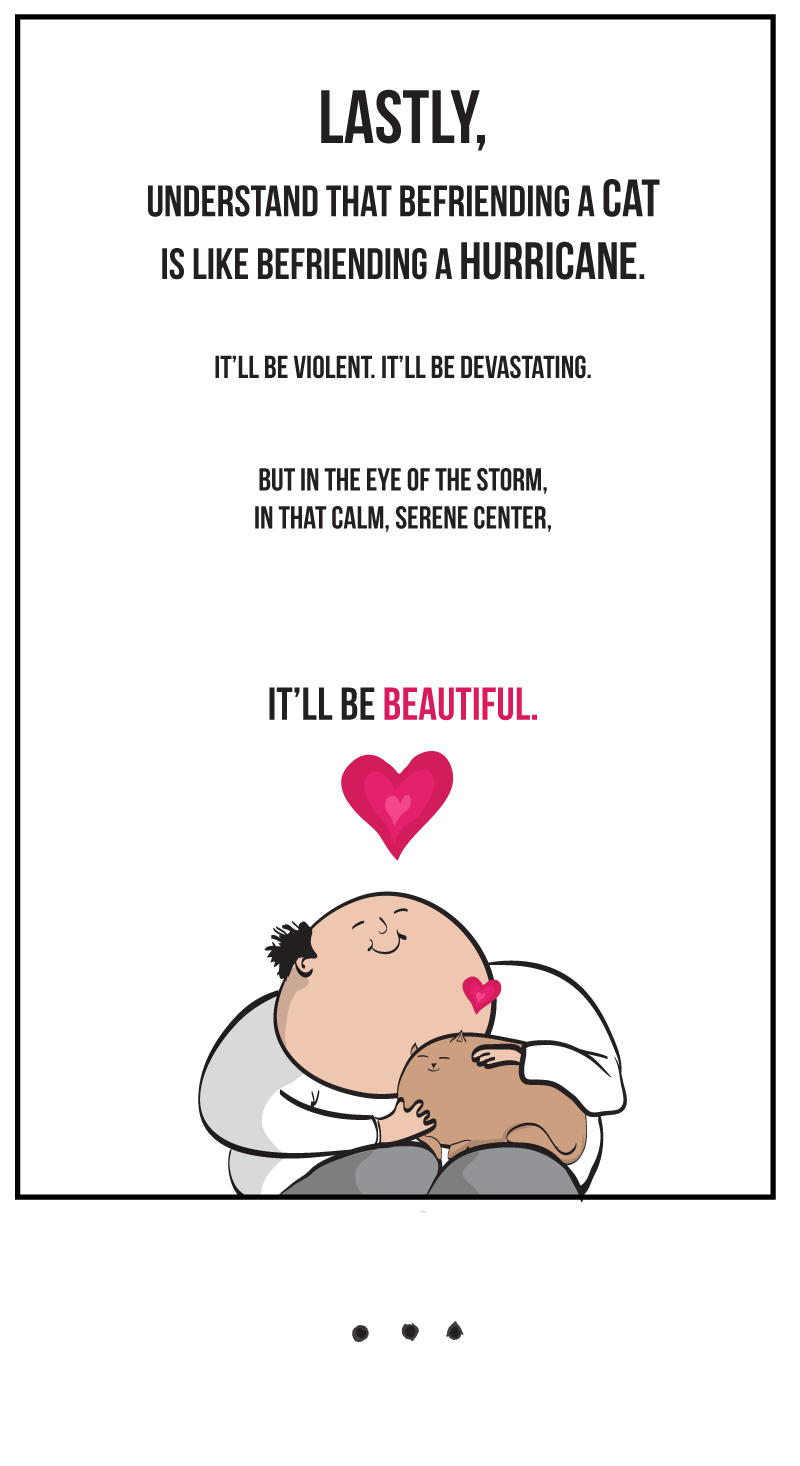 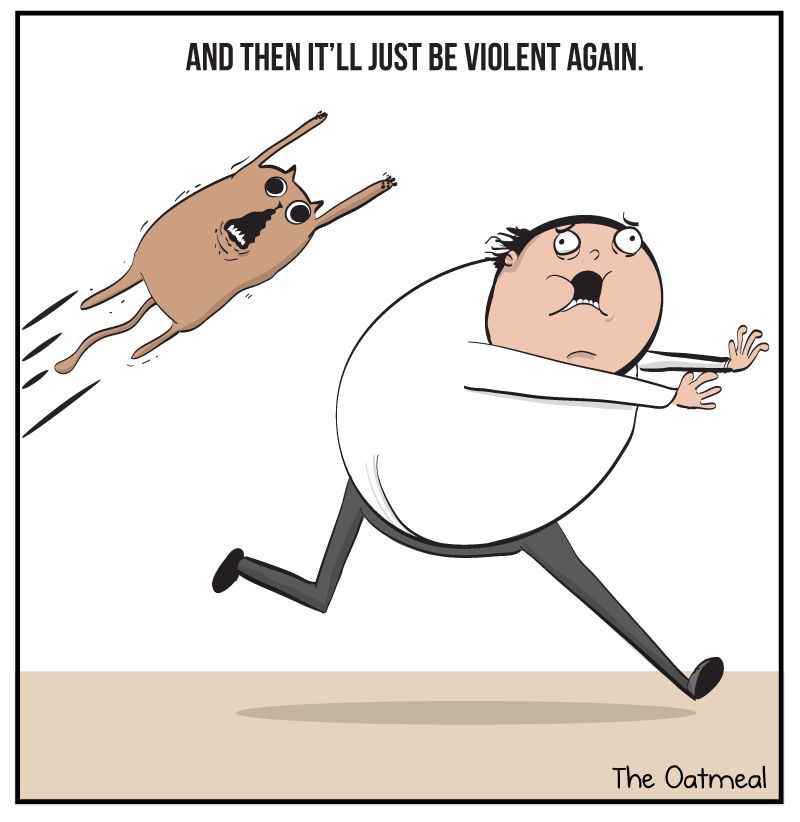 Ernie is a three-legged cat in Vallejo, California with an Instagram account called @erniezjourney. Here’s a photo:

But Ernie got in trouble according to this post on ABC 7 News in the Bay Area (click on screenshot):

Ernie is no ordinary feline. The feral cat has more than 8,000 followers on social media under the account @erniezjourney. He came into the lives of Irene Wong and her father Joe Zwetsloot of Vallejo when they found Ernie purring underneath their parked car. . . .

Ernie paw was badly injured, and so they had to amputate his leg.  But then Ernie found himself in Instagram Jail:

. . . .At the beginning of the pandemic, Wong decided she would launch an Instagram account just for Ernie. Then, almost a year later, she thought it would be fun to list Ernie’s birthday on his account.

“I thought, ‘Oh, it would be cute to put his birthday in his setting so that when people look at his account, they would see when his birthday is,'” she said. That was a mistake.

Irene launched a #FreeErnie campaign. She pleaded and pleaded, but nothing seemed to work. Through it all, Ernie seemed to love the attention.

“He’s like a baby too. He’s very needy. He needs people,” Zwetsloot said.

So they got the television station involved, and, after 36 days of banning, Ernie was released:

. . . Wong contacted 7 On Your Side. We contacted Instagram and even Facebook, the parent company. A few days later, Ernie got out of Instagram jail. The company admitted its mistake, saying, “It was a false positive which lead to their account being disabled. The account owner is back to posting normally.”

Ernie is now back mugging for the camera for his 8,000 plus followers

Durian, which you can buy fresh in Southeast Asia, is the world’s stinkiest fruit: it smells and tastes like a combination of onions and smelly feet. But many people love it! I tried it in Singapore and absolutely couldn’t stand it, but my friend’s mom wolfed it down. It’s so odiferous that in Singapore you’re not allowed to carry it on public transportation.

It turns out that cats recognize its odious qualities too.

Here’s a video of cats smellin durian for the first time. They are reacting properly, and several of them gag.

This is what the fruit looks like when you buy it and then open it. There are many cultivars (two are shown in the second picture): 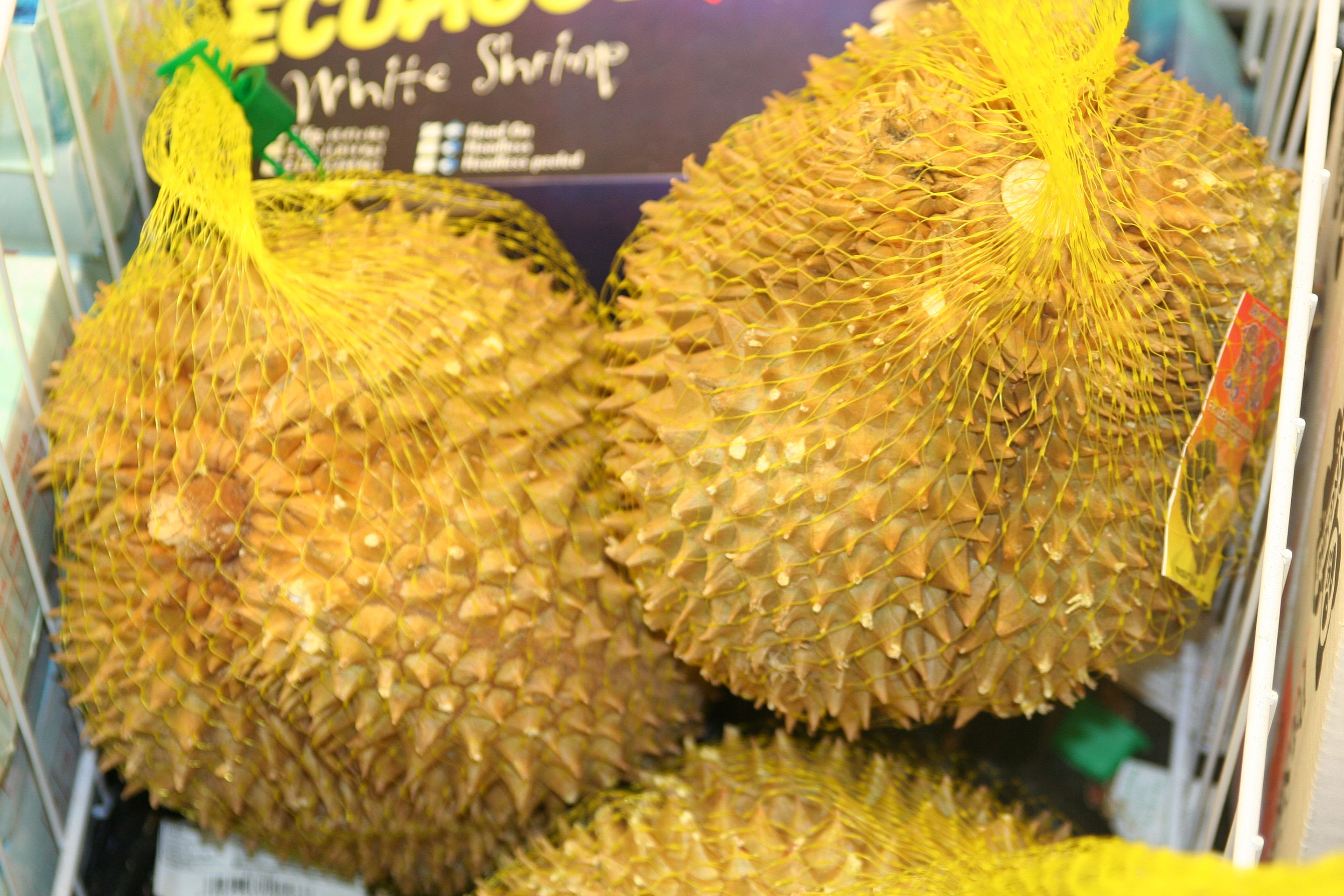 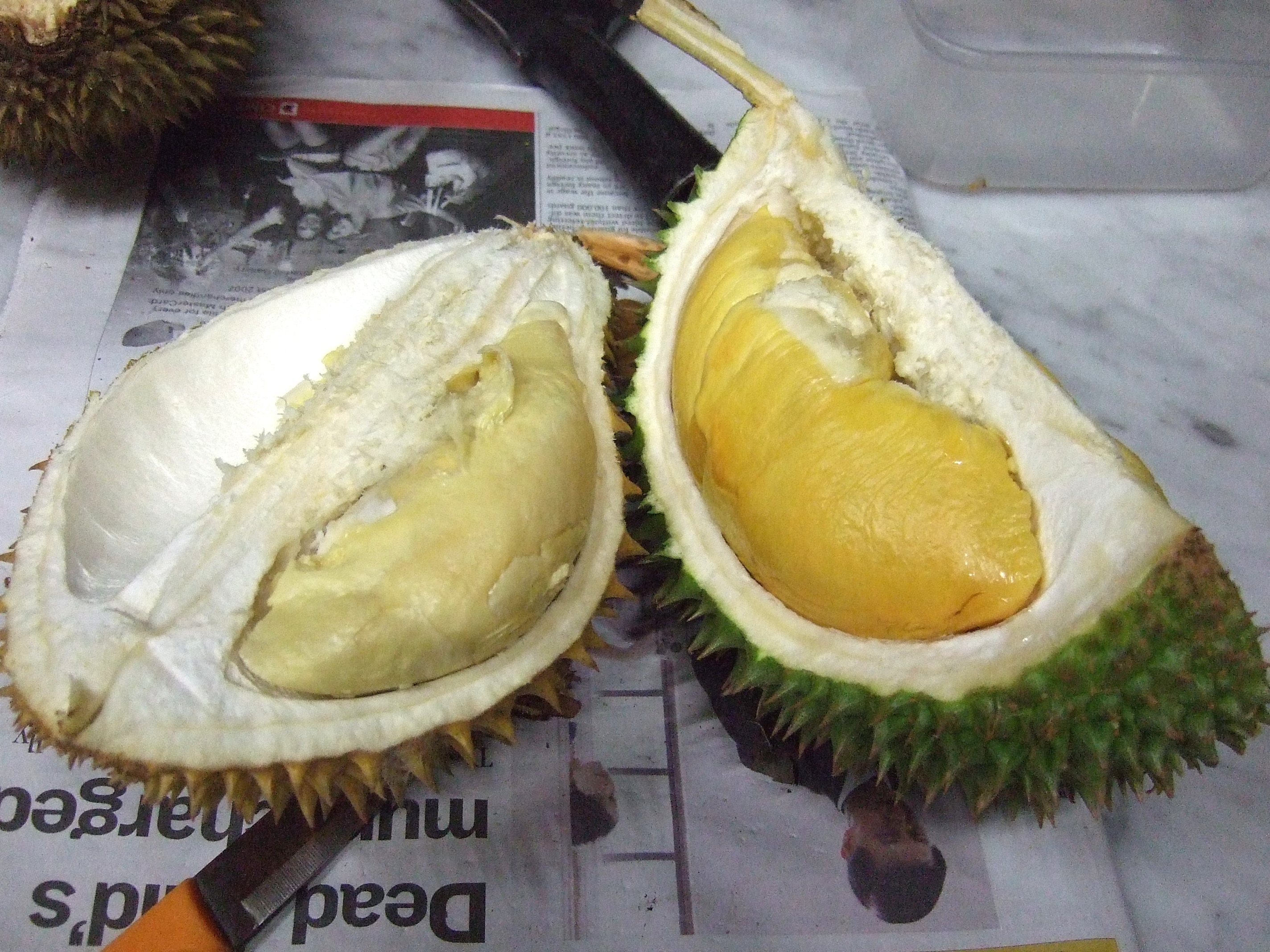 Lagniappe (from reader Terrance): a Chevy Truck commercial featuring Walter the Adventurous cat. He even fetches a stick from the water!  The YouTube notes:

Meet a truck guy whose best friend isn’t a dog — it’s a cat. Onlookers are amazed by this cat who acts just like a dog, but this Silverado owner thinks that his Multi-Flex Tailgate — with six different configurations — is way more amazing.

14 thoughts on “Caturday felid trifecta: How to befriend a misanthropic cat; Instagram “influencer” cat banned for being too young; cats smell durian fruit for the first time; and lagniappe”