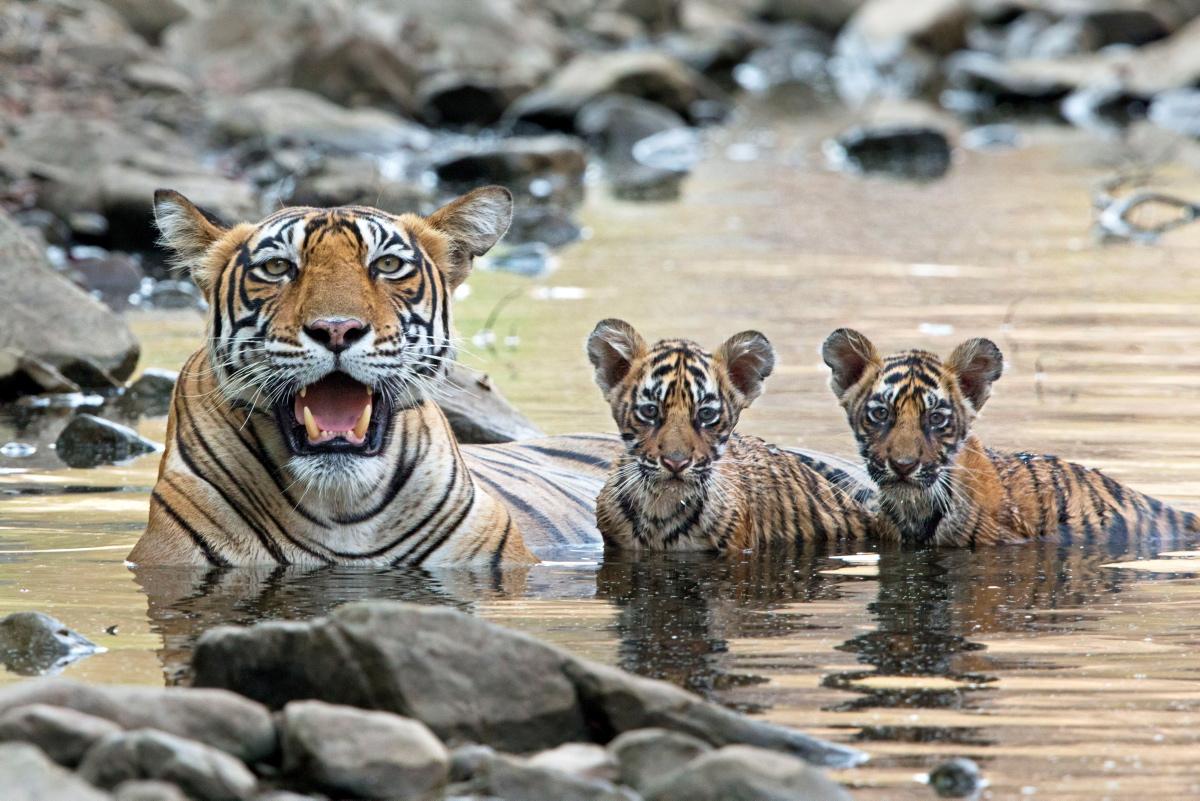 There might be hope yet for Biden’s $1 trillion infrastructure bill. Yesterday the Senate voted 67 to 32 (that means 17 Republicans joined the Dems) to take up the bill. Could it be that, at least in this case, Biden’s promises of bipartisanship will materialize?

And Biden is scheduled to announce today that all Federal workers will either have to be vaccinated or submit themselves to regular Covid tests, masking, social distance, and travel restrictions. What an uproar will ensue! But he’s right.

To culturally improve its younger generation, France gave every 18 year old in the country a smartphone app called Culture Pass, which entitles each recipient to get, for free, 300 euros ($354 U.S.) worth of cultural items like these:

Teenagers can buy physical goods from bookstores, record shops and arts supply or instrument stores. They can purchase tickets to movie showings, plays, concerts or museum exhibits. And they can sign up for dance, painting or drawing classes.

The app, good for two years, cost 80 million Euros this year, and is likely to double next year. That’s a lot of dosh. So what are the kids buying?

Answer: Mostly manga (Japanese style comics). As the NYT reports, 75% of the money used since May has been for books, and two-thirds of that are manga books, or about 50% of all the money used. You can buy video games so long as they’re made in France and aren’t violent.  Good idea or bad? In my view, a waste of dosh, though it will be really helpful for some kids. There’s got to be a better way to introduce young people to “higher” culture.

In a world beset with problems, a moral philosopher from Chile has written this op-ed in The New York Times (click on screenshot):

Why would be bad/immoral for watching? Because, says author Sasha Mudd, a moral philosopher from Chile, we’re complicit in being entertained by an Olympics rife with badness:

The Olympic Games in Tokyo have been even more fraught than usual with ethical issues. Alarm over the rising number of Covid-19 cases and the Games’ deep unpopularity with Japanese people sit atop perennial concerns about corruption, cheating, the abuse of athletes and the environmental impact of mounting such an enormous event. These problems have fueled debate, hand wringing and even demands to end the Olympics altogether.

Mudd concludes that while we are indeed complicit in these harms, it’s still okay to watch the Olympics:

In an unjust world, there is often no way to act without harming or being complicit in harm. But just because all complicity is bad does not mean that it is always morally criticizable. This is especially true in modern societies, where mass consumption links us in global networks, telegraphing both harm and benefit on a vast scale. Making it one’s goal to avoid all complicity sets the bar impossibly high, demanding a life of radical asceticism.

I think philosophers are running out of things to worry about. . .

Bruce Grant was my undergraduate advisor at William and Mary, an energetic and charismatic young professor who set me on the road of evolutionary genetics. Now that he’s retired, written a new book on his speciality, the classic story of the evolution of melanism (darkening color over evolutionary time) in the peppered moth Biston betularia. Melanism evolved as industrial pollution killed off lichens on British trees and darkened them, making the typical light-colored moth visible to birds. Predation then led to preferential survival and reproduction of the once-rare dark “morph” over the easily-spotted light “peppered” morph. This was the classic study of “evolution in action” that used to be in all the textbooks. Bruce and I had some altercations about this because I found some problems in the early experimental work on melanism by Bernard Kettlewell. But later work in England, combined with Bruce Grant’s observation of a parallel rise (and fall) of melanic forms in North America, also correlated with the rise and fall of pollution, however, convinced me that the classic story is right.

Click on the link below to see the book on Amazon. It gets very positive reviews from many people I know, including Matthew Cobb and my ex-Ph.D. student Mohamed Noor. 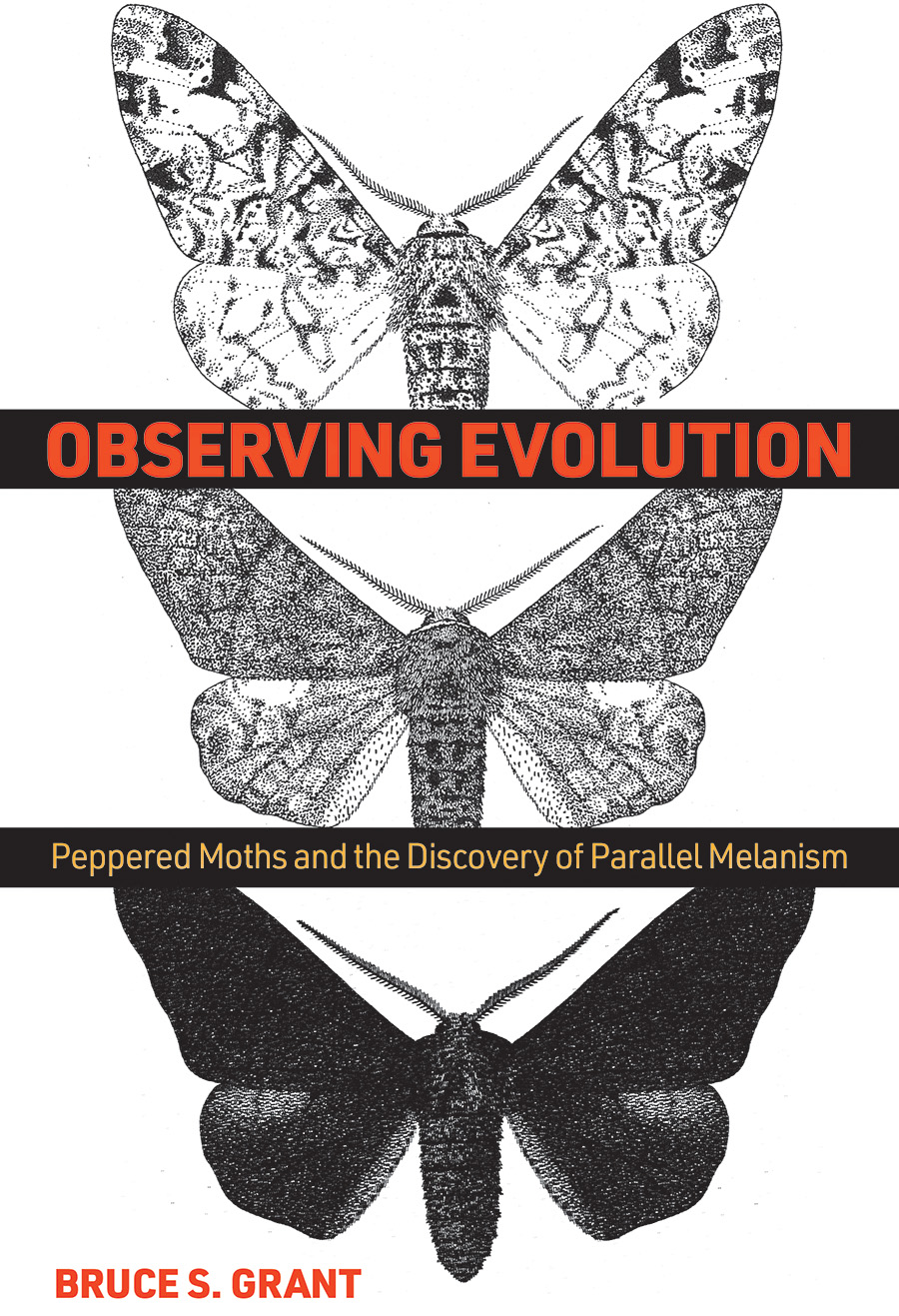 After 10 months of absence, a missing duck named Sally was reunited with her staff in Queensland. Sally disappeared during a storm, but her presence was noted on social media by residents 30 km away. After two attempts at rescue, the staff finally succeeded: Sally was rescued and reunited with her sister Henry (a hen). The thing is, the duck just below appears to be a muscovy, but, as shown in the other two pictures in the article, Sally is a Pekin (a domesticated white mallard that’s a different species). What gives?

Sally from the ABC News headline:

But another picture of Sally does not show the duck above:

Well, something’s screwed up. At any rate, did Sally recognize her owners? An academic weighs in:

Professor of Biology Glen Chilton is a specialist in Ornithology at James Cook University.

He said it was likely that Sally recognised her owners.

“There’s 10,000 species of birds in the world and some of them are just as stupid as mud.

“Some of them of course are very, very clever … and ducks are somewhere in the middle.

That’s damning with faint praise. After all, a duck is perfectly adapted for being a duck, not a parrot. If ducks needed to be smarter, they’d evolve more intelligence. And can parrots swim and dive? (h/t: Peter)

Stuff that happened on July 29 includes:

Of course James VI didn’t really rule while he was an infant—four people ruled in his stead—but he took over in 1583, when he was 17, and ruled until his death in 1625.

After Fresnel, the wave theory of light dominated, but of course now we know that light can act as both a wave and a particle, as the double-slit experiment tells us.

Here’s Belle, who was arrested six times but never spent a day in prison: 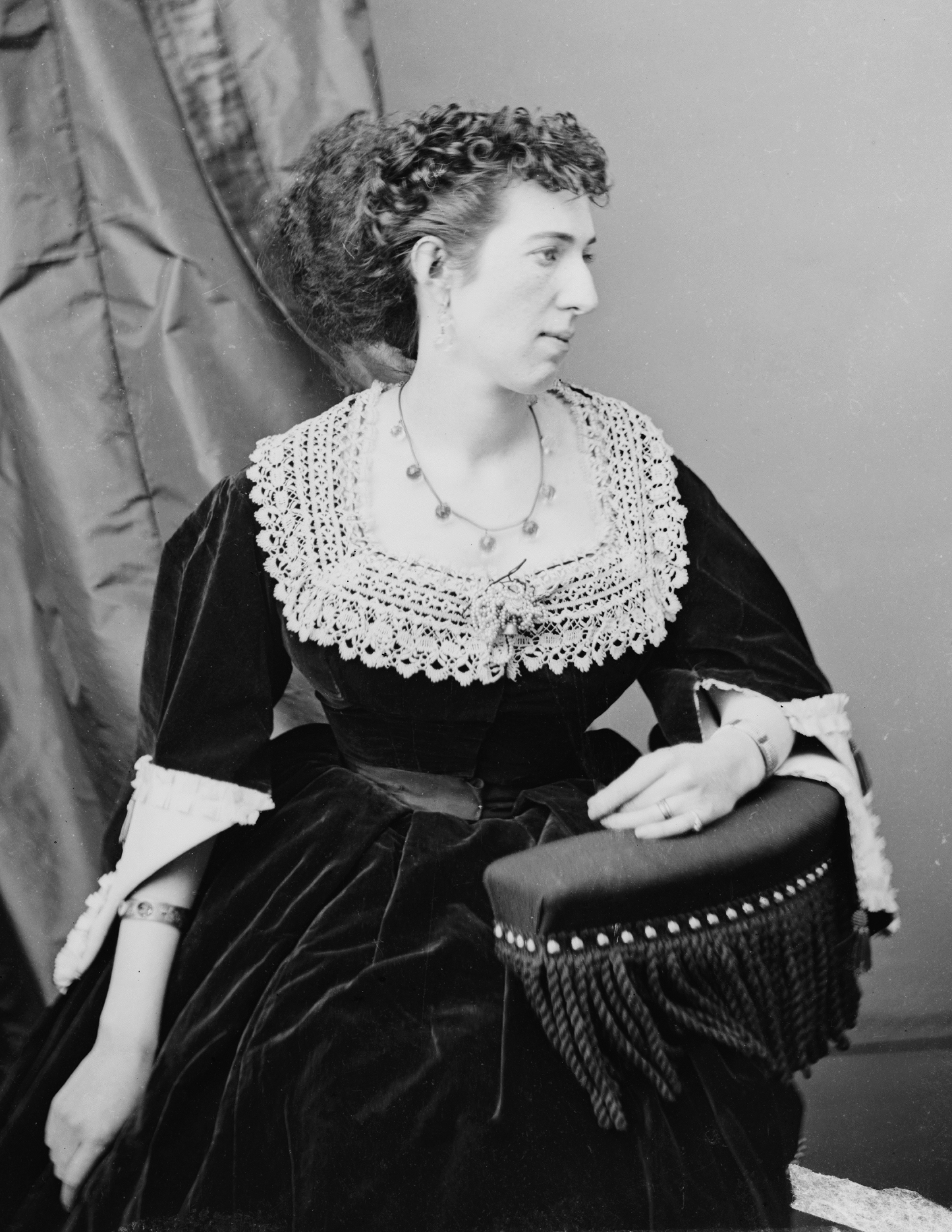 Here’s a 9½-minute video of that ill-fated union. What pomp!

After six years of construction, it was opened in 1994. Here are the two boreholes meeting in the middle: 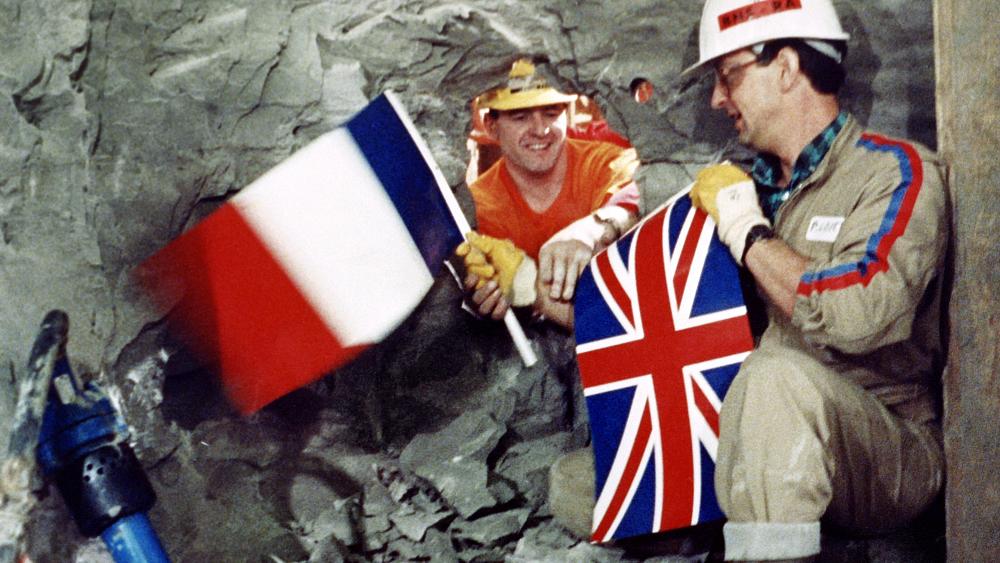 Marquis created one of the best series of stories I read as a kid: the “Archie and Mehitabel” series, with Archie being a typing cockroach, too light to press the shift key (ergo no caps), and Mehitabel a female alley cat who reminisced about her wild early life (“there’s still a dance in the old dame yet”). I wonder if anybody still reads these wonderful poems/stories. Here’s the pair: 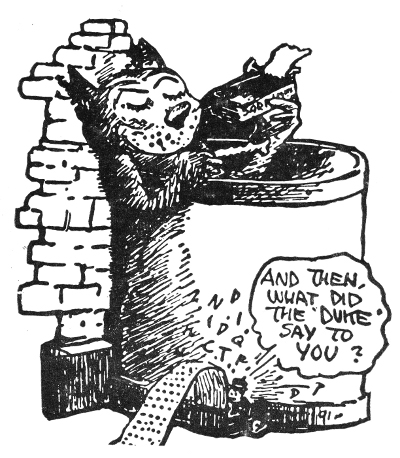 Bow was the original “It Girl“, so named because she starred in a 1927 silent movie called “It” (1927); here are some scenes set to a song written by Harry Reaser “She’s Got It”. Bow, a sex symbol of the first magnitude, was one of the models for the cartoon character Betty Boop.

Christian, who died of tuberculosis at only 25, was an immensely talented jazz guitar player who found fame as a member of Benny Goodman’s band. Here’s an example of his playing, which really founded the modern use of amplified guitar in jazz—”Swing to Bop” (1941).

Those who returned to dust on July 29 include:

van Gogh is surely in my top five artists of all time. I’ve tried to see every van Gogh I’ve been near, and can’t name a favorite (though all of them are his late paintings). Here are two. The first, Cypresses, is from 1889: 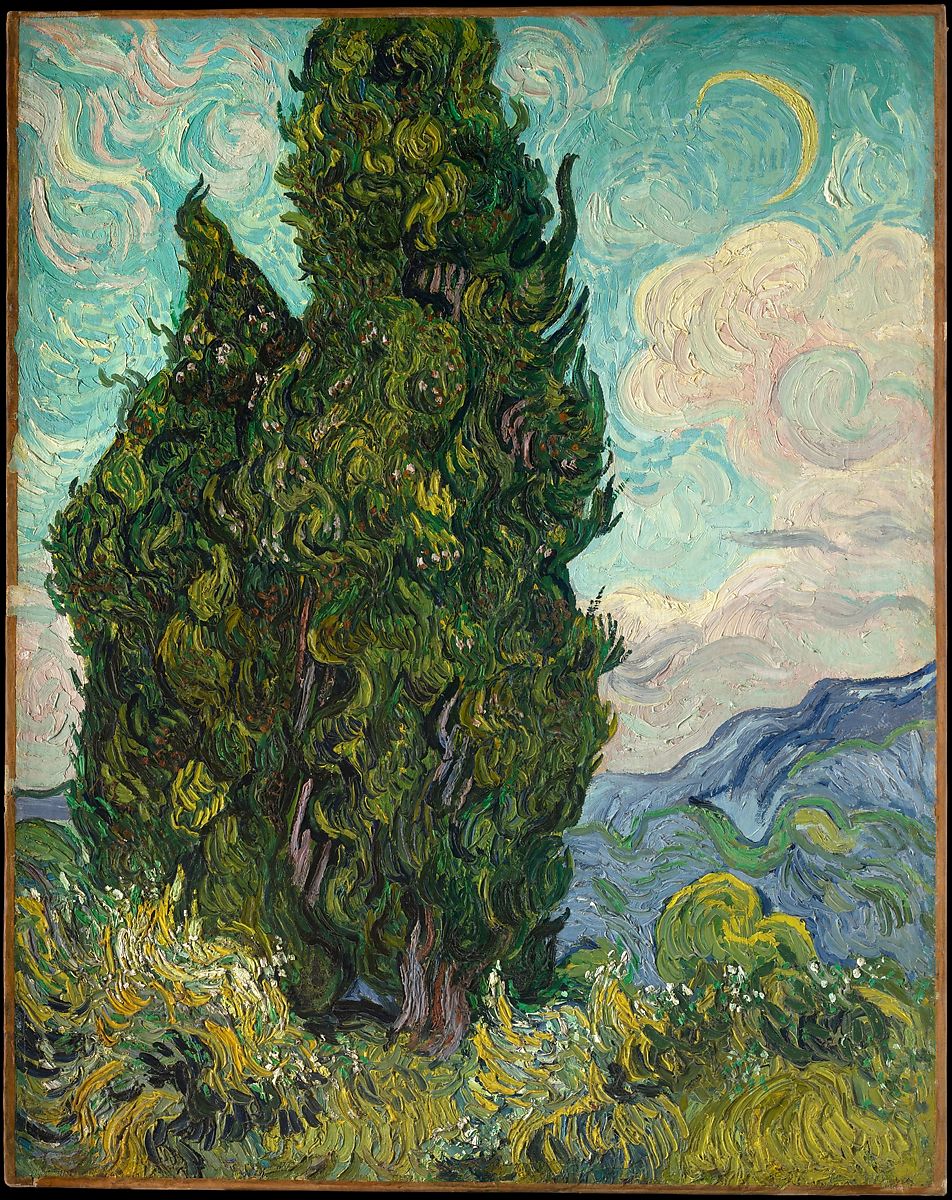 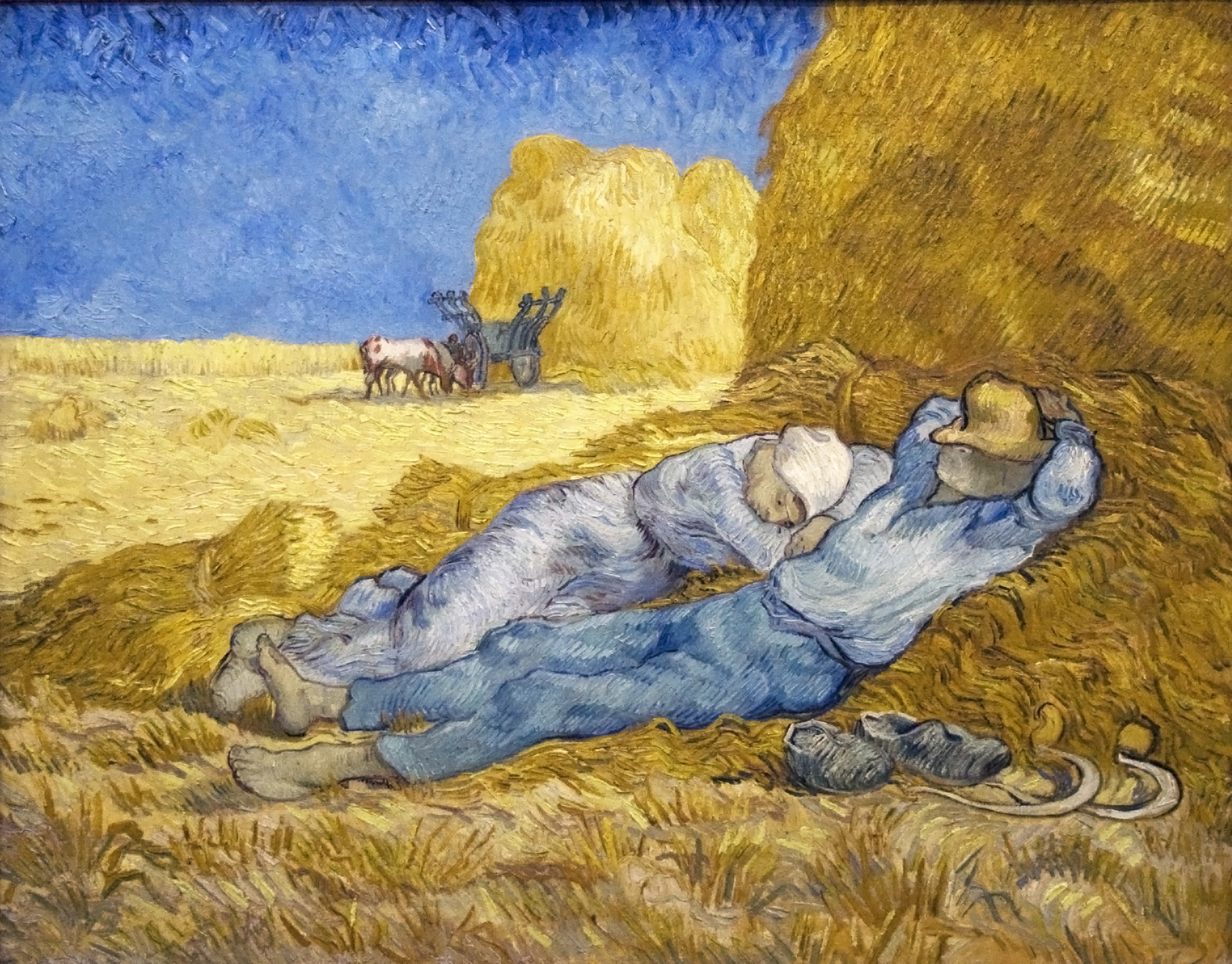 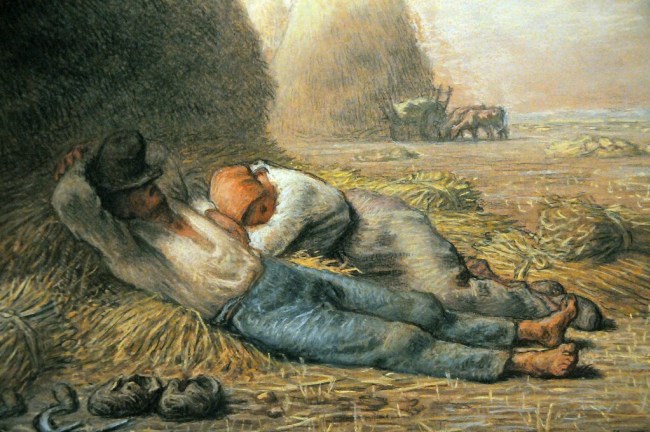 Hodgkin, who did incredibly intricate and clever work using X-ray crystallography to determine the shape of molecules, was honored by headlines like the ones below. Nobel Prize for a wife? Would Francis Crick’s announcement say “Nobel Prize for British husband”? Such were the times. . . 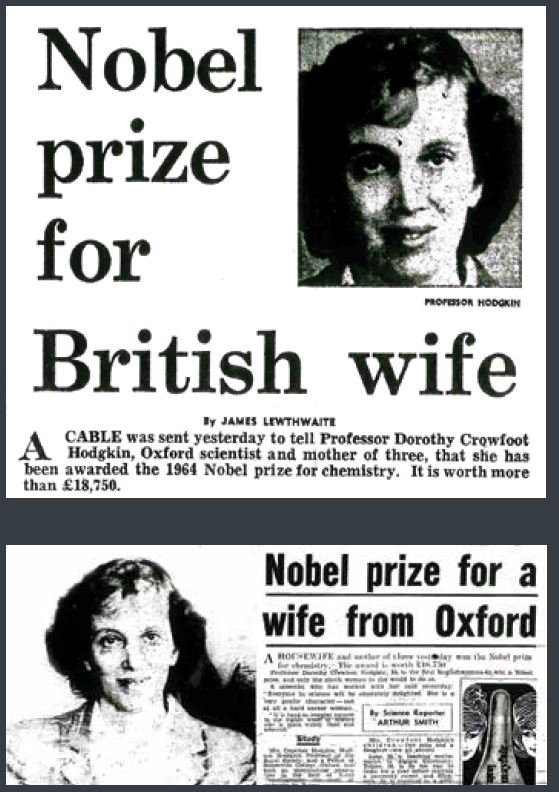 Hili: Have you pondered life going by?
A: No, I leave this subject to cats. 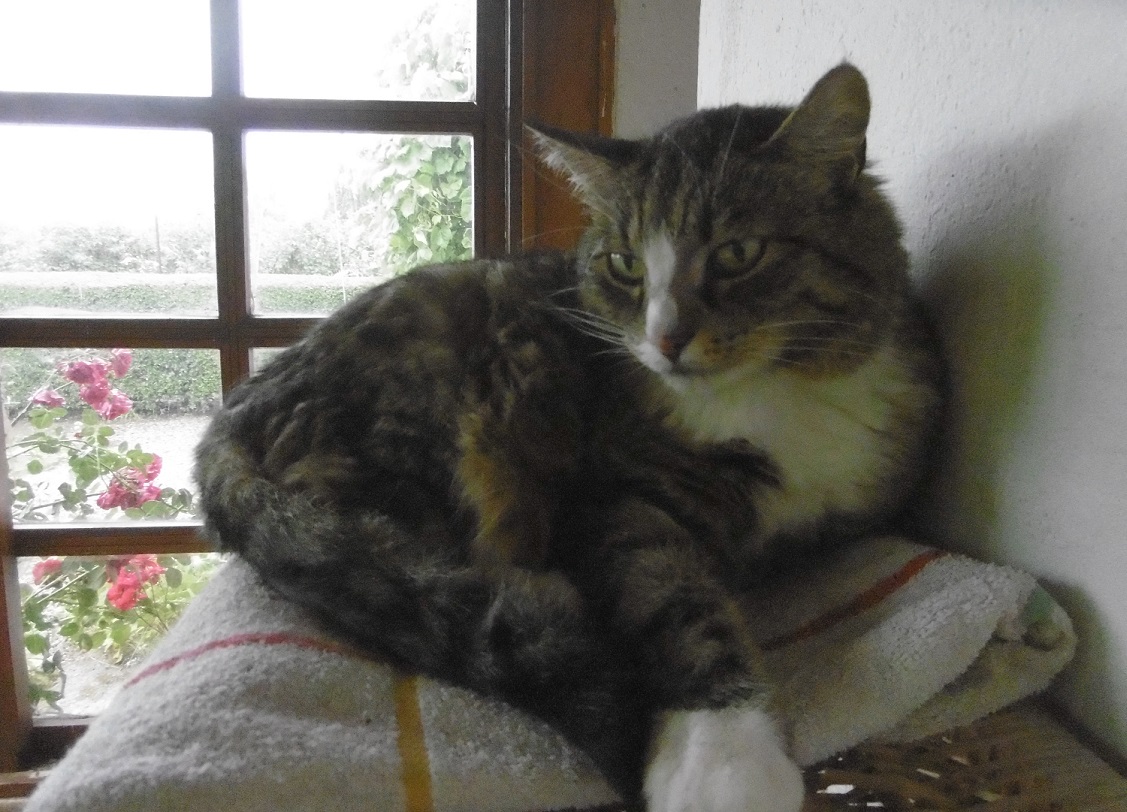 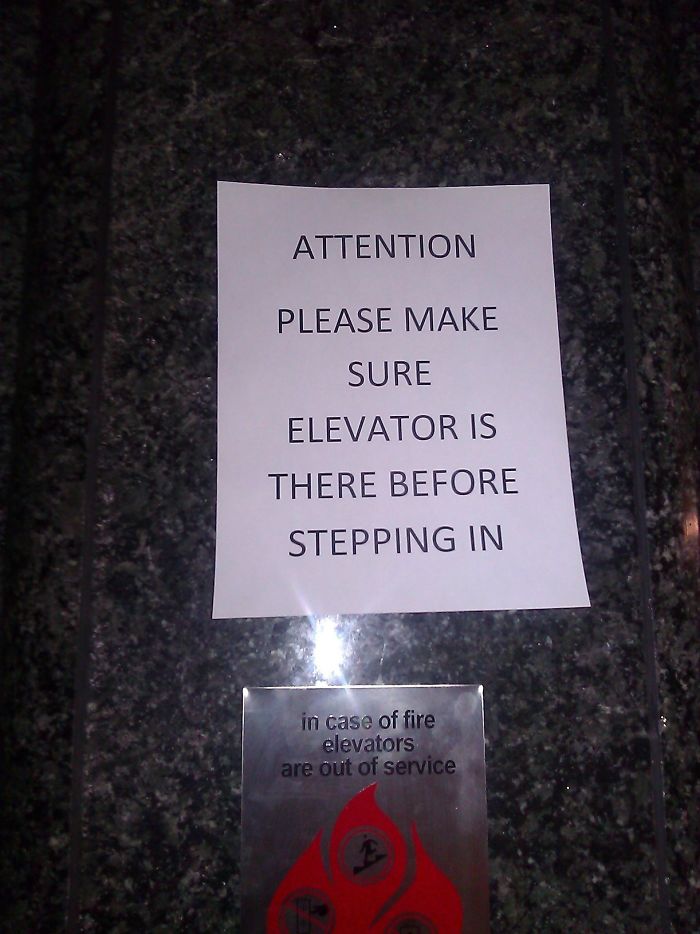 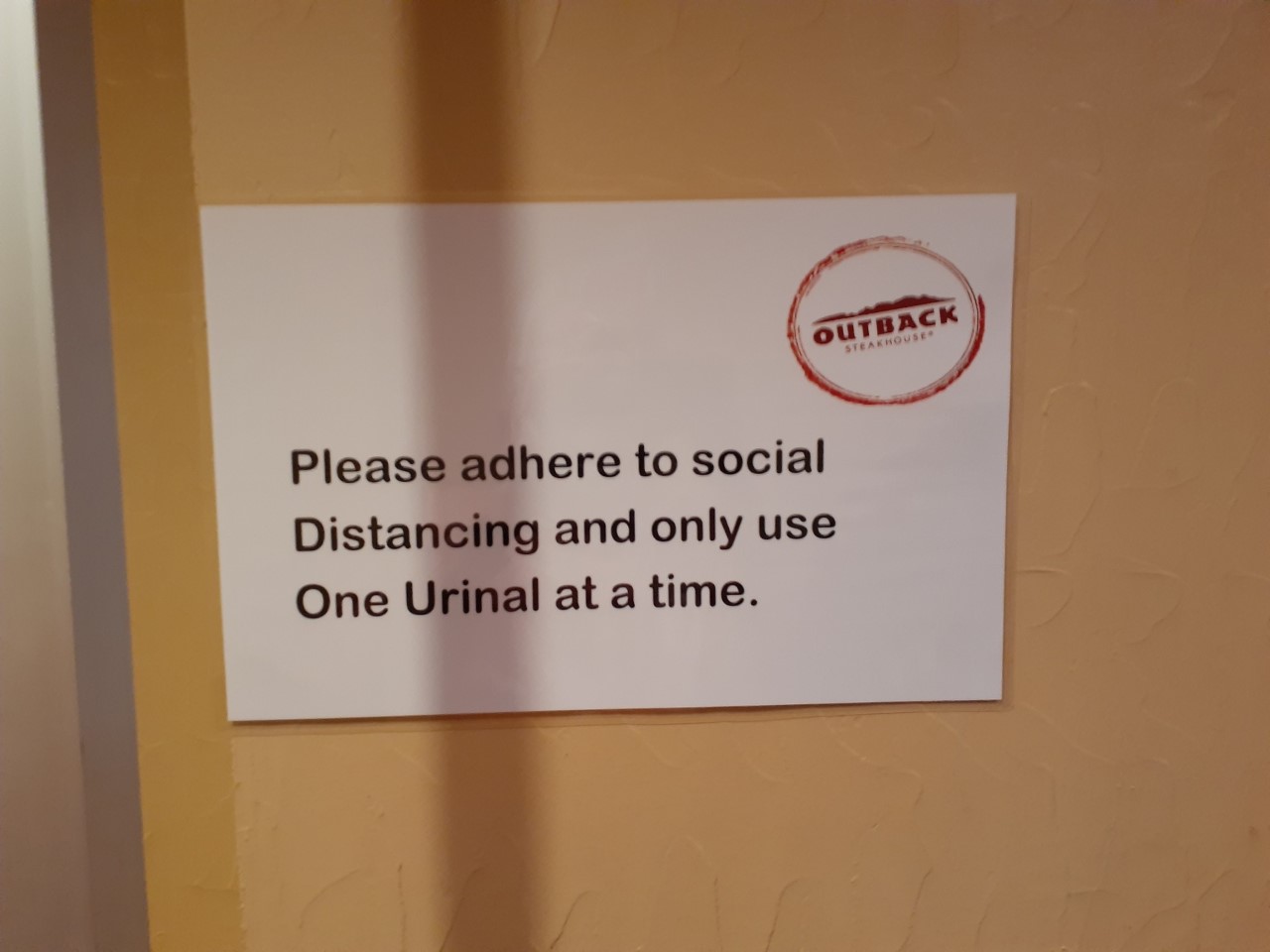 After a long hiatus, Titania McGrath has started tweeting again! Here’s one (I haven’t read the article, but it must be the consonants):

In order to prevent the spread of the coronavirus, it is essential that only foreigners are allowed to speak. pic.twitter.com/VU2PnPh5eQ

A tweet from Barry; sound up to hear the beautiful song.

The Chinese hwamei or melodious laughingthrush is a passerine bird of eastern Asia in the family Leiothrichidae. The name "hwamei" comes from the Chinese 画眉 means "painted eyebrow" referring to the distinctive marking around the bird's eyes. pic.twitter.com/3KwlLi0QAW

From reader Ken. According to CNN:

House Speaker Nancy Pelosi called House Minority Leader Kevin McCarthy a “moron” after being asked by a reporter about his criticism of the Capitol physician’s mask mandate in the House, another sign of the souring relationship between the two House party leaders.

Which led to this exchange, with the Speaker touting science:

Question: Is Kevin McCarthy a moron and if so, why? pic.twitter.com/A26QKCwOHF

Tweets from Matthew. First, knife skills! This guy makes what will be an amazing French fry.

What made this car think it could pass?

The strength of ants is amazing. This one is hauling a huge hoverfly (two tweets):

I just wanted to show a crop from the below tweet as a few people had asked which bit of the hoverfly the ant had attached its self to!

Why did the squirrel do this? (I’m not even sure it touched the bottom step.)