Reader Rick informed me of this news, summarized in the piece below from Not Even Wrong (click on screenshot):  Steven Weinberg, a physicist, writer, and popularizer of science, died yesterday at the age of 88. (In fact, his Wikipedia biography hasn’t yet been updated.) For his work on unifying two of the fundamental forces of nature: electromagnetism and the weak force in nuclei, he was awarded the Nobel Prize in physics along with Sheldon Glashow, and Abdus Salam.

I’ve read several of his books (he was an excellent writer), and of course all of us know his most famous bon mot: “”With or without religion, good people can behave well and bad people can do evil; but for good people to do evil – that takes religion.”  He was a diehard atheist.

Click on the screenshot to read more about him: 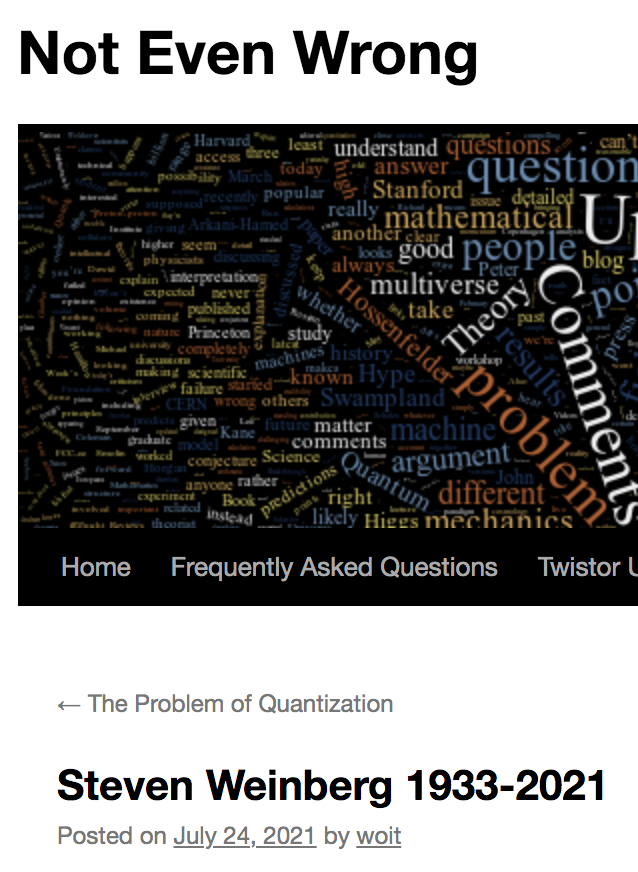 As the obituary above gives you the relevant information about his career, I’ll tell just one story about him. In October, 2012, we were both participants in the small “Moving Naturalism Forward” conference organized by physicist Sean Carroll in Stockbridge, Massachusetts. I sat next to Steve during the two days of the meeting, and watched as he worked out physics equations on a notepad during the talks. When he left the room, and his notes, I asked him if I could have them. He said, “sure”, but I included them as lagniappe in the autographed version of WEIT that he signed and we put up for auction.

Here’s a photo I took of Weinberg and the hard-core materialist Alex Rosenberg at the meeting: 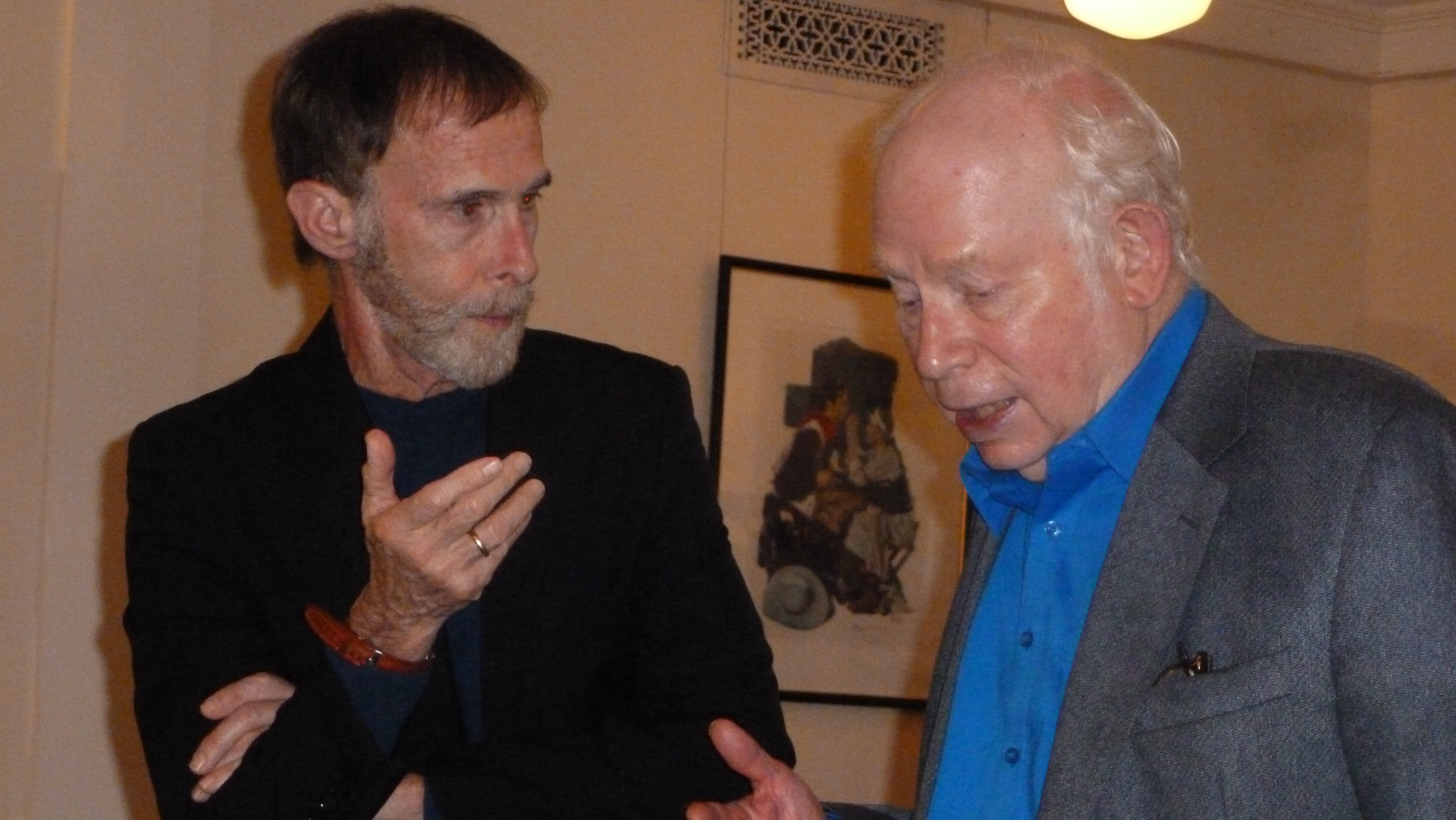 And here’s Weinberg’s signature (circled) in my book, which was illuminated by Kelly Houle and auctioned off for charity for more than $10,000. I’m not sure what that diagram shows, but I am sure that one reader will tell us. 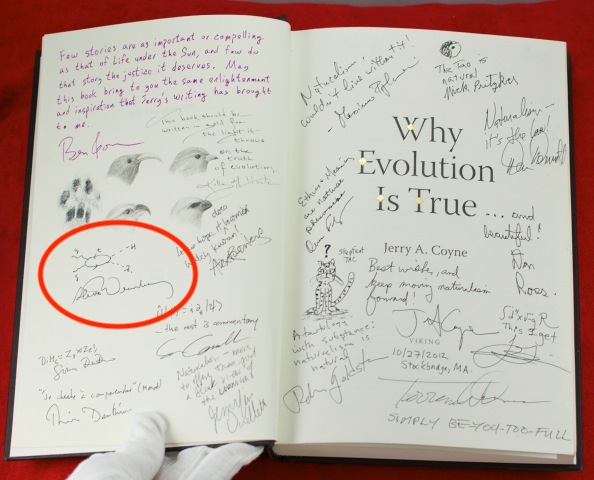 Although I had lunch with Weinberg one day, and remember that it was fun, I can’t recall what we talked about. My Weinberg story is this. At the meeting, Dan Dennett and I gave dueling presentations about free will, with Dan claiming, of course, that we had a form of it—a compatibilist one—while I argued not only that we had no libertarian free will, but also criticized compatibilism. (This led to Dan haranguing me for the entire three-hour drive back on the turnpike from Stockbridge to Boston, which wasn’t covered with snow.)

At any rate, at some point after my talk, Weinberg asked me something like this: “Are you telling me that at any given point in time when I’m making a choice, I could not have chosen otherwise?” I said “Yes.” And he said he didn’t believe that. I was a bit taken aback that an atheist, determinist physicist of the stature of Weinberg could still accept what seems like libertarian free will. But we never got to discuss it further.

We’ve lost another great one—not just a scientist, but a writer, scholar, historian of science, and nice guy.