I knew Matthew was writing a book on genetic engineering, and I knew he was doing a BBC radio series on the upcoming book, but I learned about the show’s first episode, now available, only from a tweet he emitted (below). You can access the 28-minute program, one of three, by clicking on the second screenshot.

The story of the discovery of recombinant DNA as you have never heard it before, with Paul Berg, Janet Mertz, Bob Pollack, Stan Cohen, David Baltimore and others, and featuring music from The Who, Jefferson Airplane and Pink Floyd. https://t.co/0dgpVS3KRR

Click to listen. This first part covers the advent of genetic engineering, and the huge controversy that took place when I was in graduate school. Did recombinant DNA pose serious dangers to the world. Would some engineered organism escape the lab and kill everyone? This didn’t prove to be the case, but at the time the science was at a very early stage. 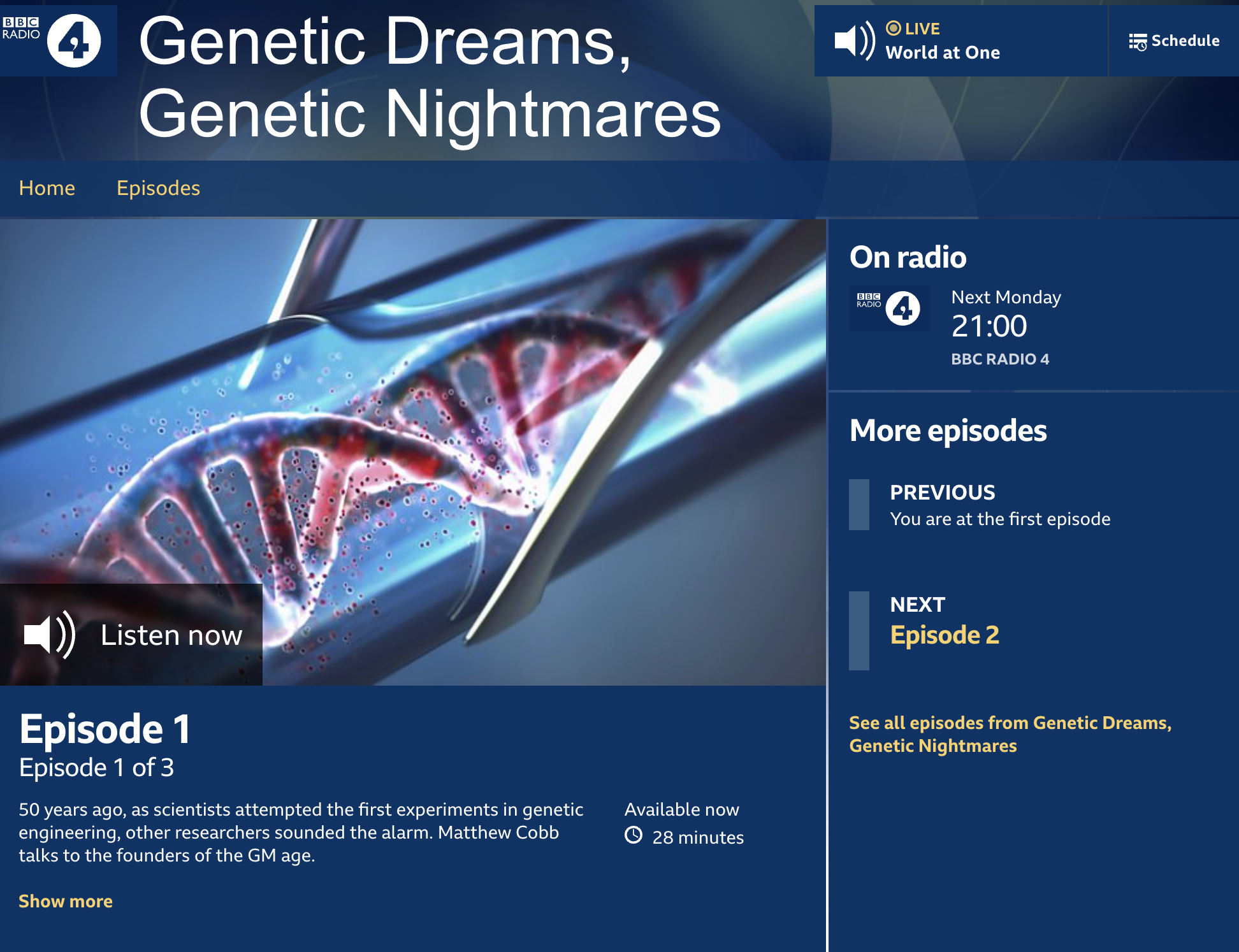