Just a reminder that Jeff Bezos’s “Blue Origin” space launch, designed to reach just beyond the 100km altitude that marks the “edge of space” (62 miles), is planned for this morning.  Liftoff is scheduled for 0900 Eastern U.S. time (0800 Chicago time at the west Texas launch site), with live coverage beginning at 0730 Eastern Time (0630 Chicago time) at the link below.

There will be four people on board: Jeff Bezos, his younger brother, an 82-year-old famous female aviator (Wally Funk), and an 18 year old paying passenger selected in an earlier lottery.

The entire mission will take about 8-10 minutes and is a standard one-stage booster rocket with crew capsule that separates from booster when the booster engines cut out a couple of minutes into the flight. The capsule continues on in a parabolic trajectory to just above the 100km high Karman altitude, giving 4-5 minutes of weightlessness to the crew.  Both vehicles continue trajectories back to Earth with the booster landing upright for re-use and the capsule hitting down on the desert floor close-by under parachutes.  All is done autonomously; there is no pilot.

Be aware that times may change. Bat adds this:

But we have to remember that these are scheduled times for a very complicated process.  Even scheduled airliners run late on occasion. So there is every possibility of a hold in the count or a scrubbed mission. In their April launch which carried out the full mission but sans crew, there were several holds in the countdown.  They do have an escape system for the capsule in case of a booster failure.

Update:  Anne-Marie sent a cartoon that appeared in La Presse, a French-Canadian newspaper this morning. (Serge Chapleau is a famous artist/cartoonist.) Yes, the booster and capsule does look like that. Translation: “Jeff Bezos presenting his souvenir poster of his first space trip.” 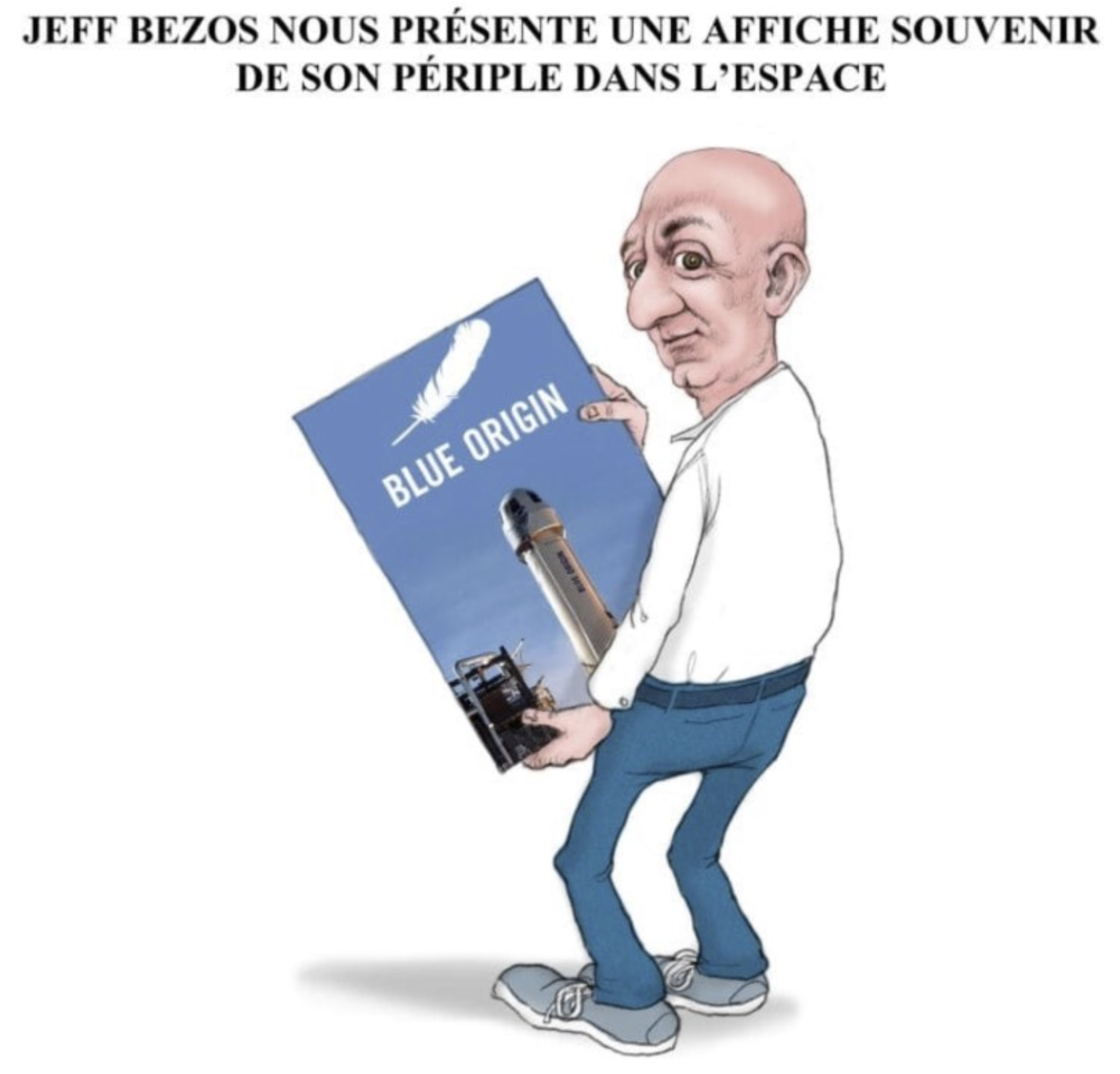