Today’s photos come from young Jamie Blilie, but the captions and IDs (indented) are from his father Jim. Click on the photos to enlarge them.

Here’s another batch from my son, Jamie, the real wildlife photographer in the family. All of these are taken from our yard or within a couple of miles of our house. In the linden tree directly behind our house, (Tilia americana), Jamie captured male and female Northern Cardinals (Cardinalis cardinalis), a Cooper’s Hawk (Accipiter cooperii) – tough job for the camera’s AF! and a Dark-eyed Junco (Junco hyemalis).  Not all at the same time of course.  Cooper’s Hawks are frequent visitors, probably attracted by the heavy bird traffic behind our house.  I have seen Cooper’s Hawks take Robins (Turdus migratorius)and Mourning Doves (Zenaida macroura) over our back yard. 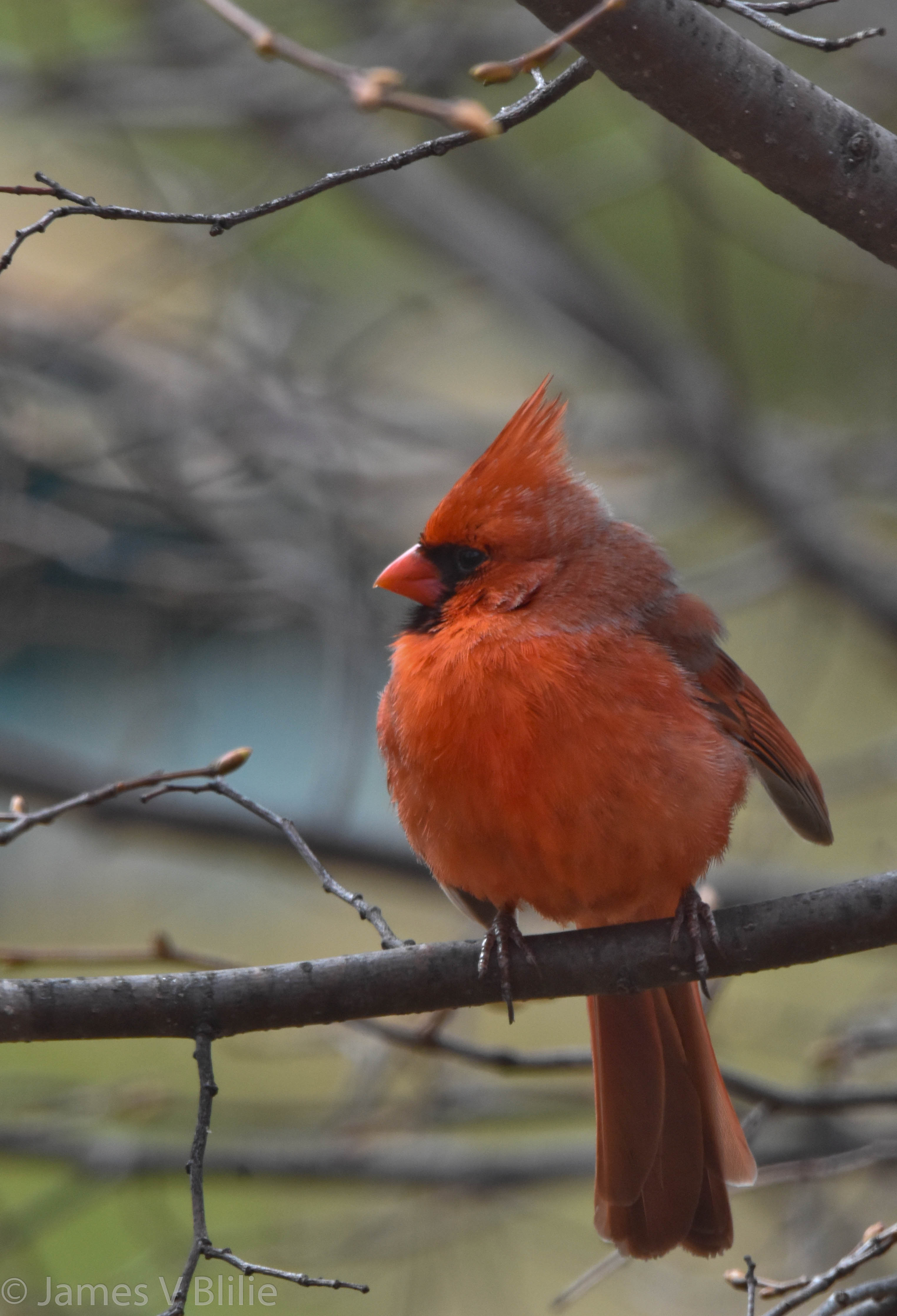 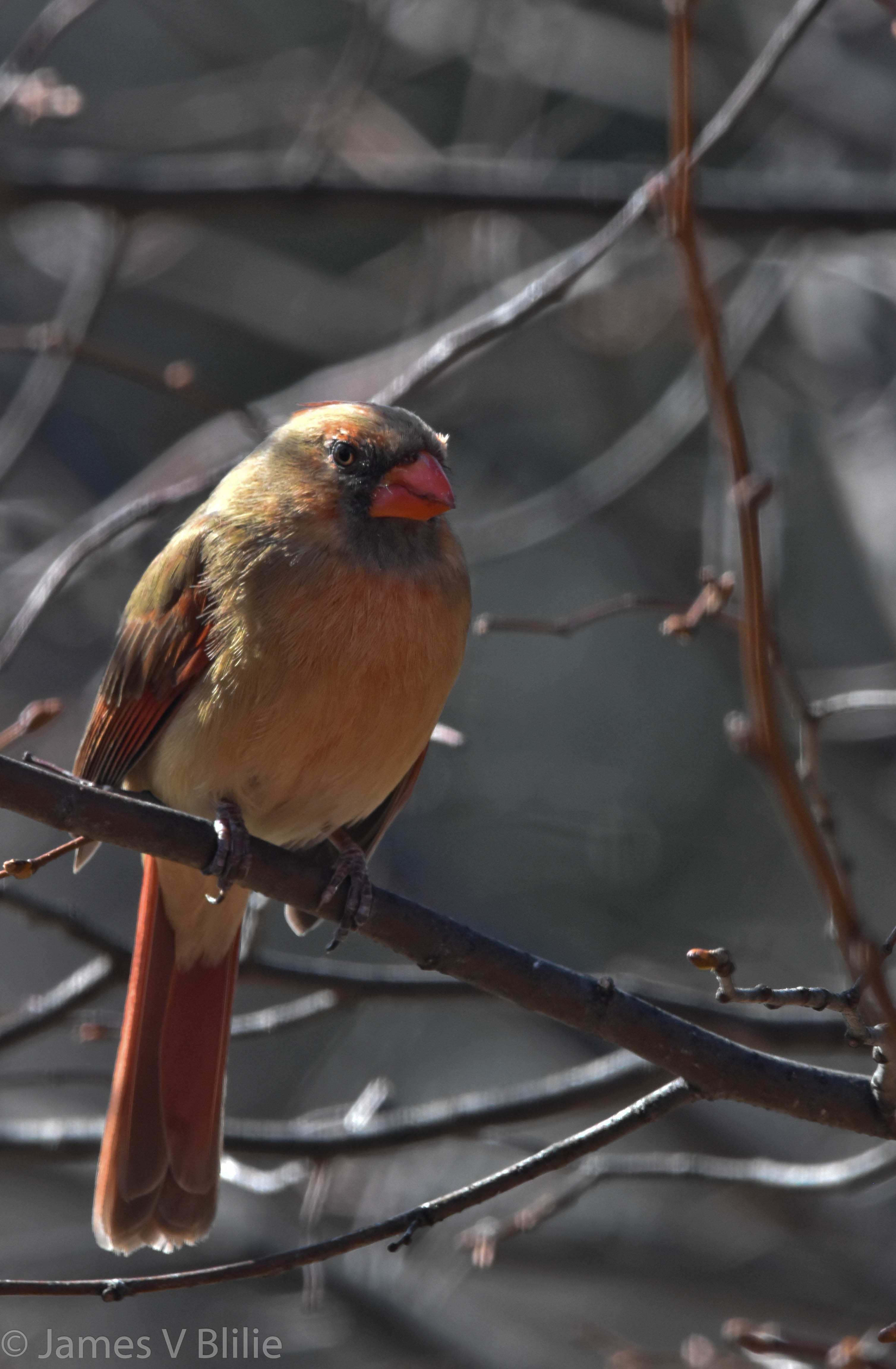 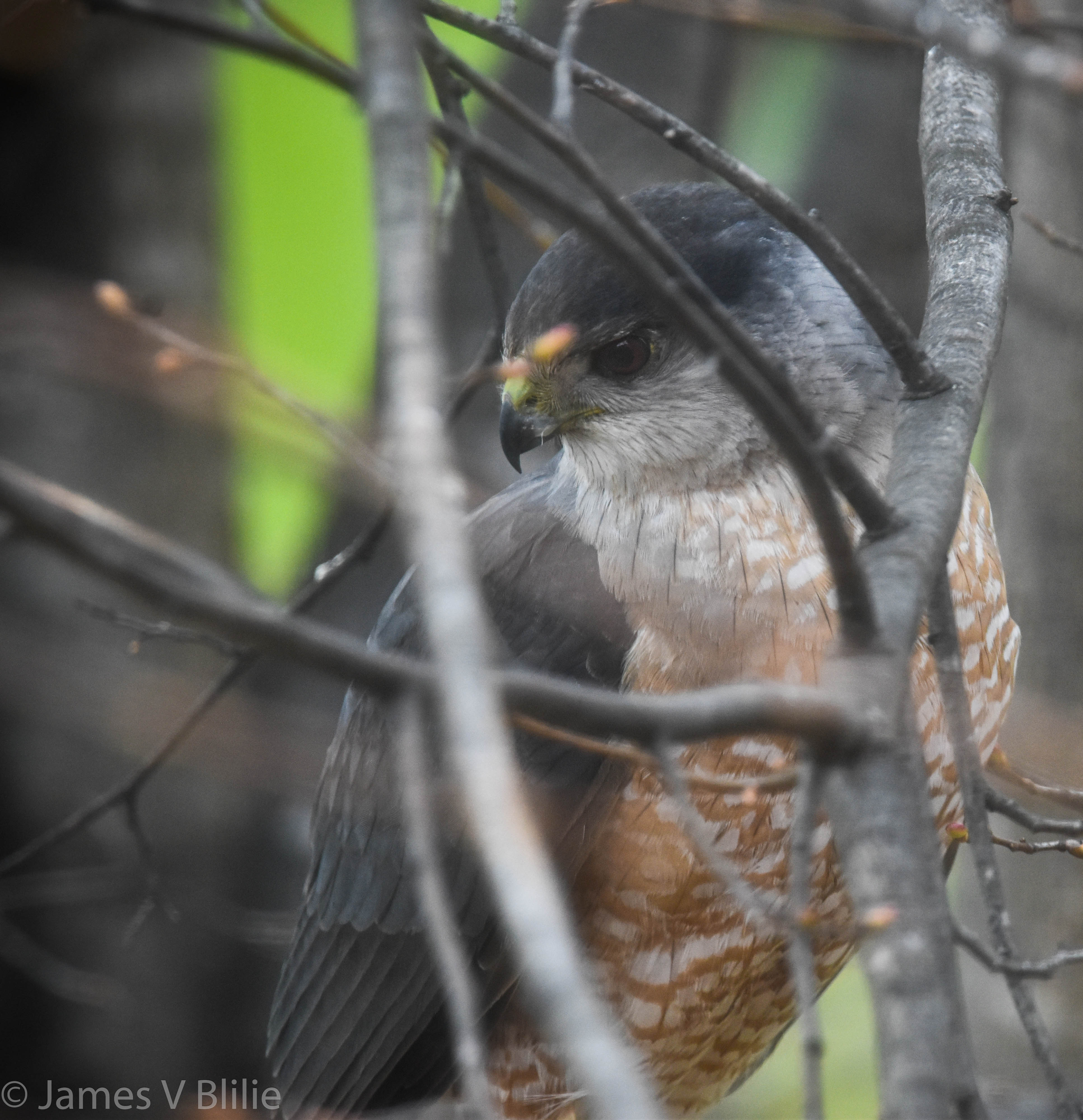 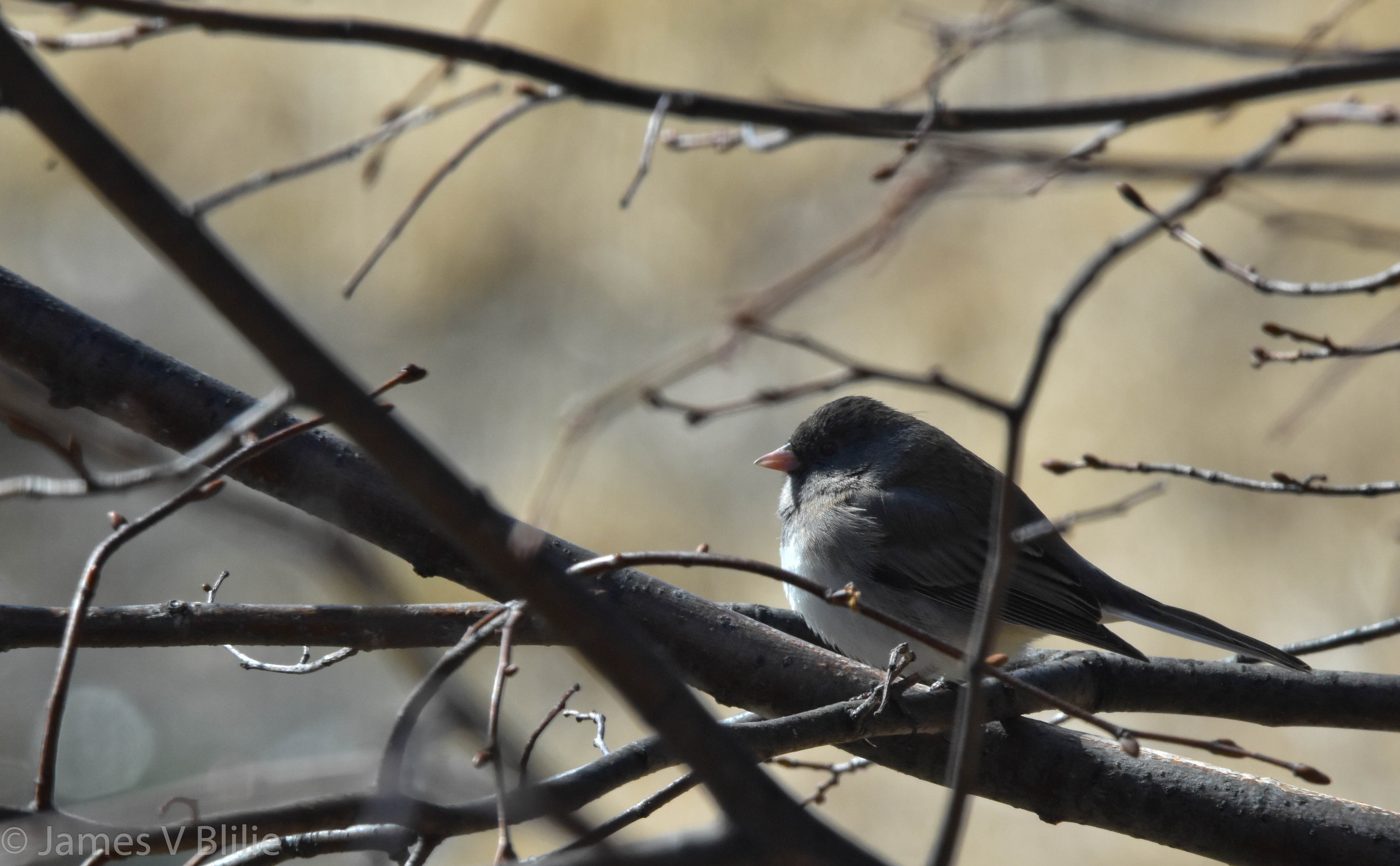 Next, we have a turkey (Meleagris gallopavo), taken in our back yard.  Turkeys have become very numerous and aggressive in our area.  I never saw a (wild) turkey until the 2000s.  They have really made a comeback. 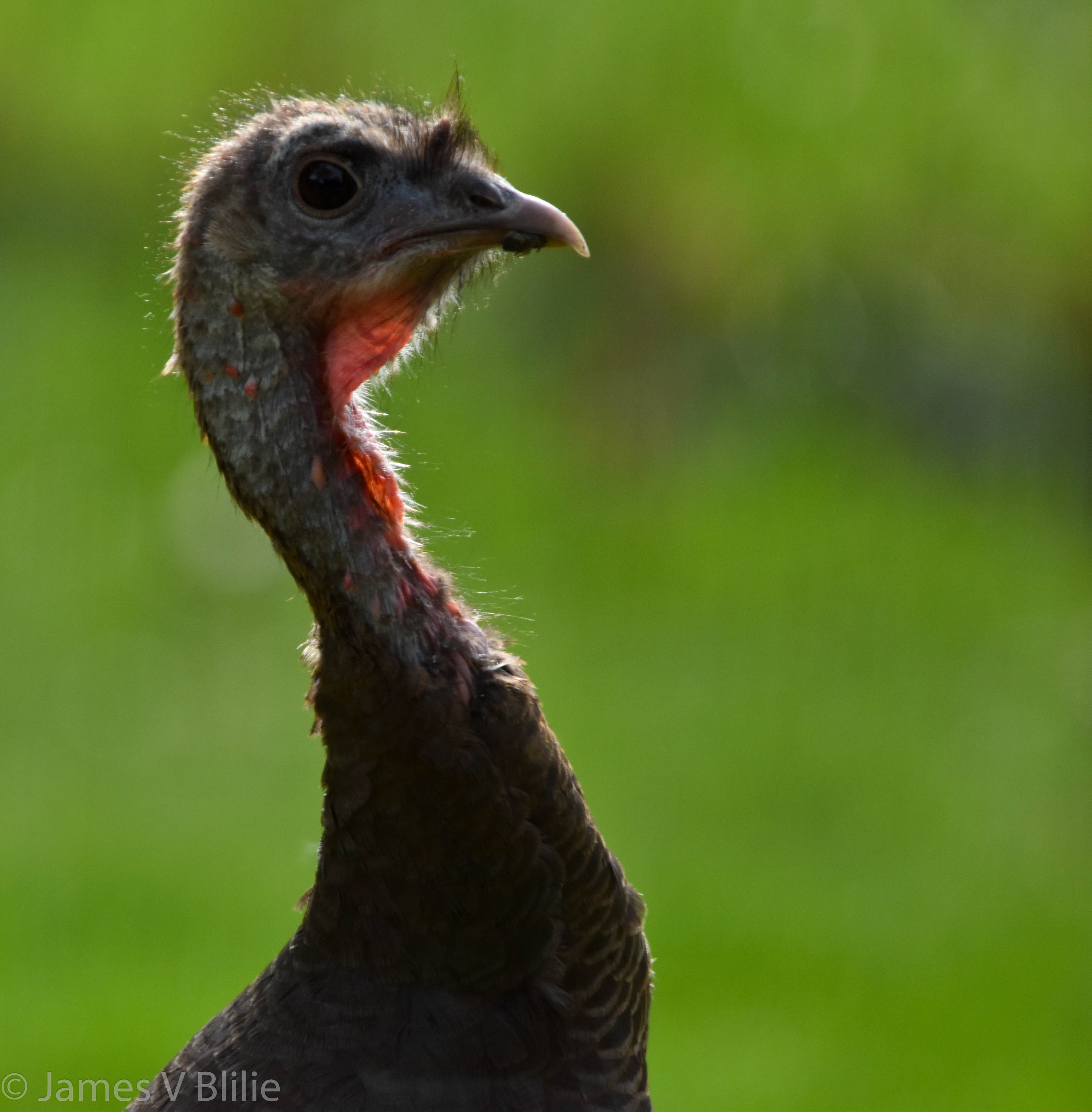 Next is our resident Muskrat (Ondatra zibethicus), taken this spring.  You can still see some hunksof ice on the pond.  We see him motoring around our pond nearly every day. He is a very endearing animal. 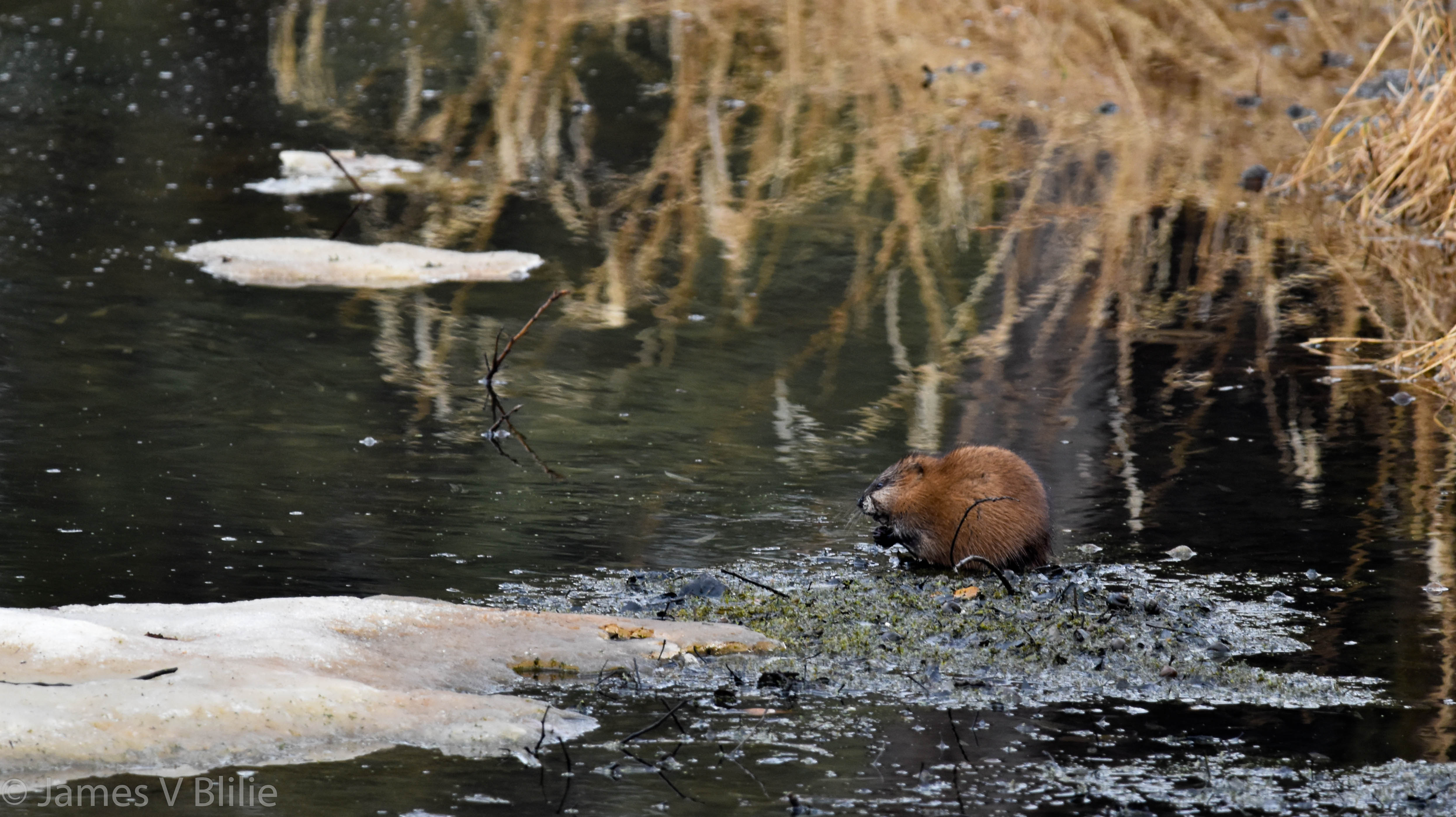 Next are some birds taken at a very nearby lake (Lake Vadnais) where Jamie likes to go fishing in the summer.  First three shots of Common Loons (Gavia immer).  An adult breeding pair and one baby loon.  In one shot, one of the adults is giving the crouching posture, which is sometimes a prelude to the “yodeling” call.  In another of the shots, the two adults are offering food to the baby. 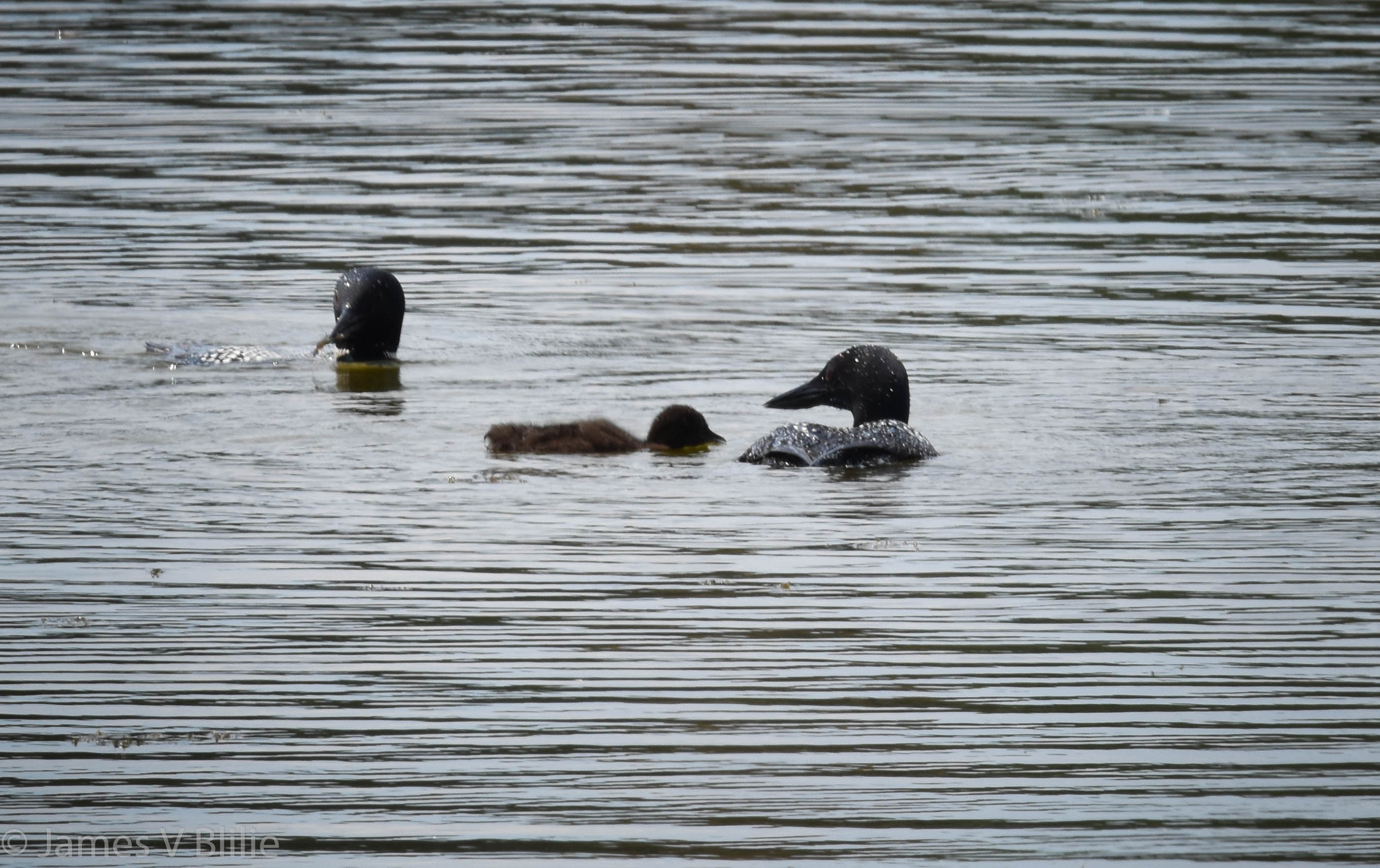 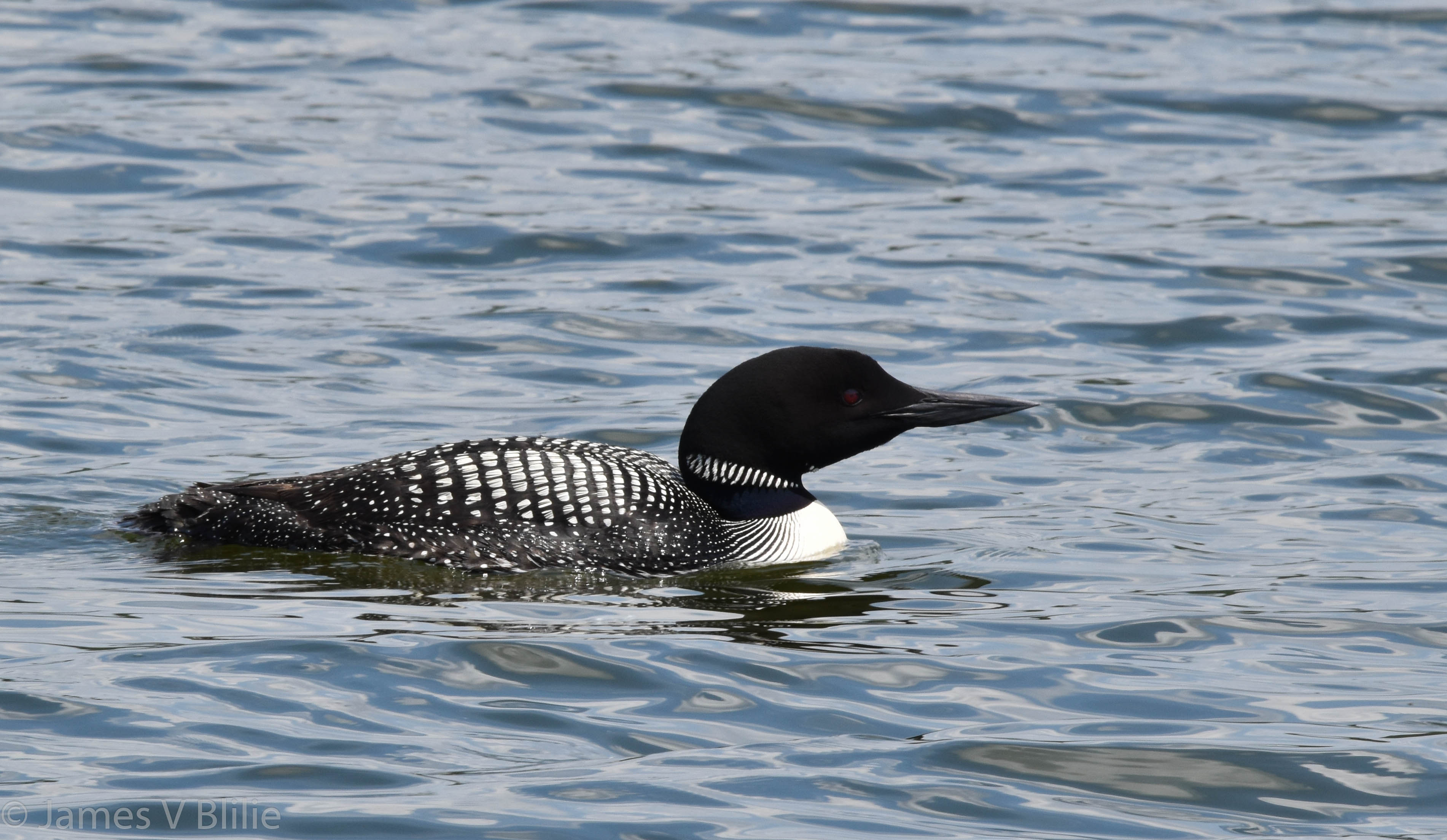 Also at Lake Vadnais, some shots of one of your favorite birds:  Mallards (Anas platyrhynchos). One mother with a nearly-grown brood of youngsters.  In the other shot, a mother providing shade for her duckling. 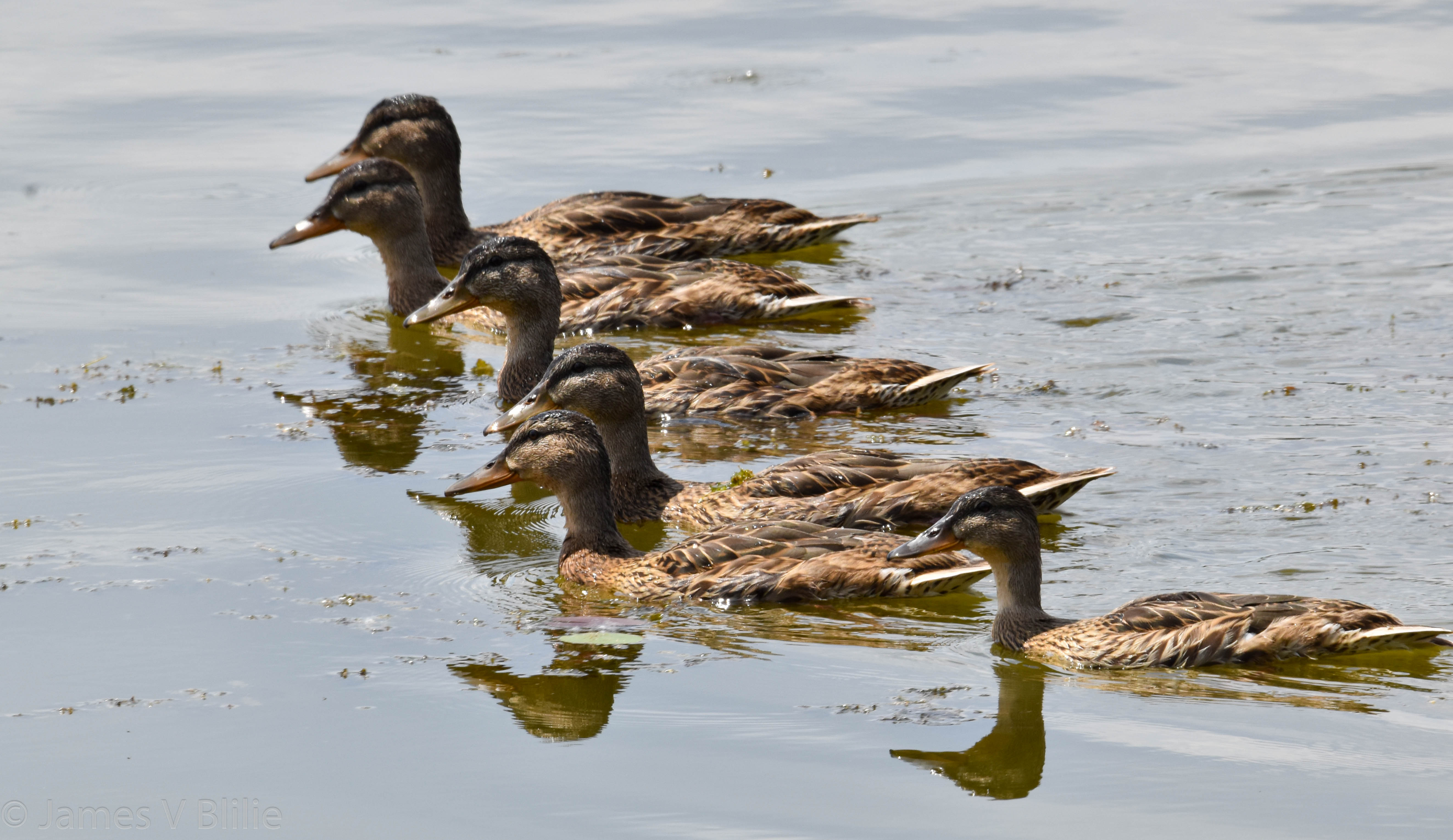 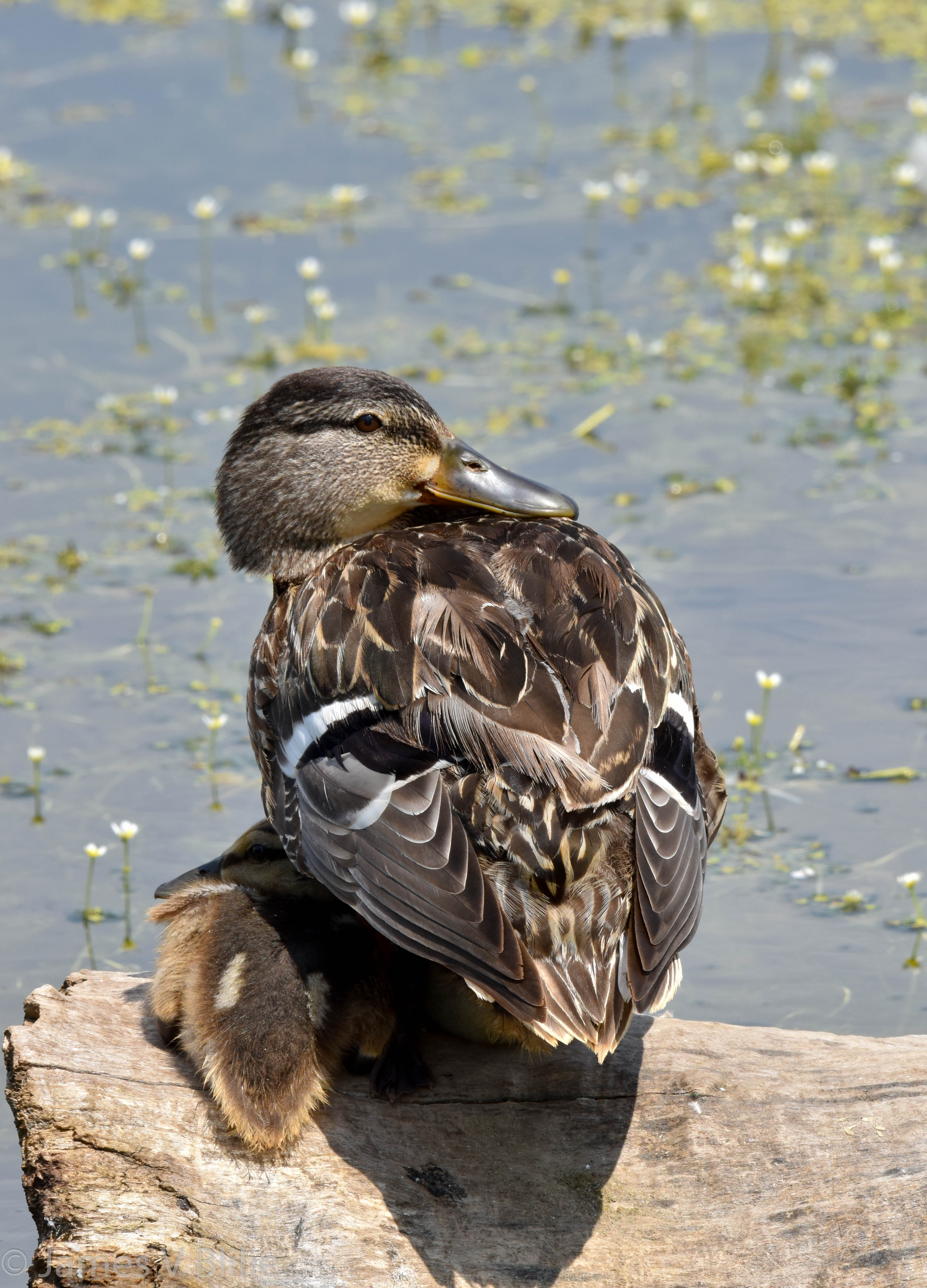 Finally, our home beast Rascal (Felis catus), relaxing in spring sunshine. He is a very old beast, 14 or 15 years.  But still going strong. 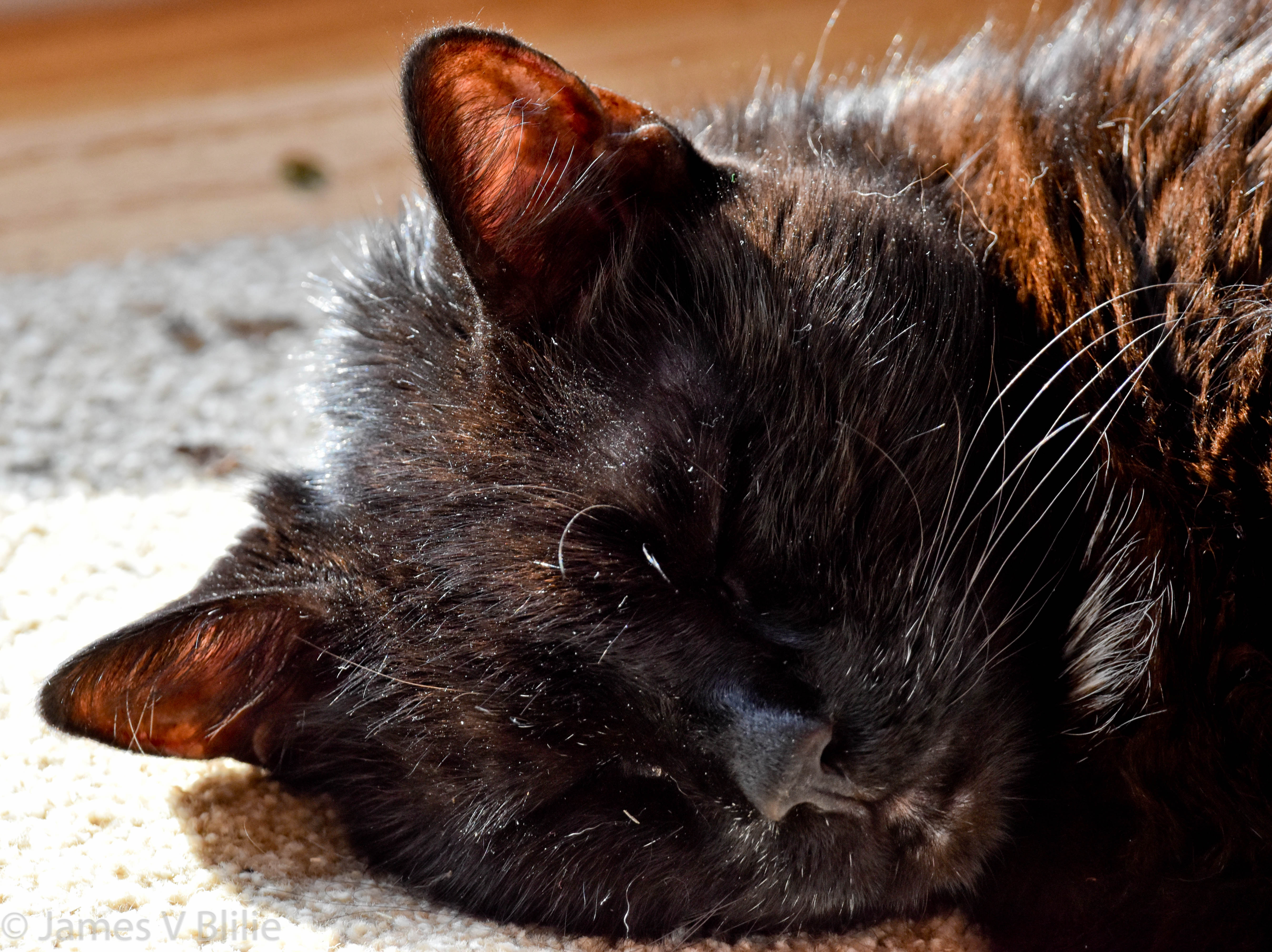