We are in serious trouble with the wildlife photos. I have about six contributions in the tank, but some are singletons or just a few photos. Please send me any good photos you have ASAP. Thanks!

Today we have photos from two contributors. Their captions and IDs are indented, and you can enlarge the photos by clicking on them.

Our first contributor is James Blilie:

I am not the wildlife photographer in the family; but I got this one this morning (this was sent in March). A White-tailed Deer doe (Odocoileus virginianus).  She was casually walking along the edge of the pond behind our house eating willow leaves and other leaves. She was completely unconcerned with my movements 150 feet or so away. 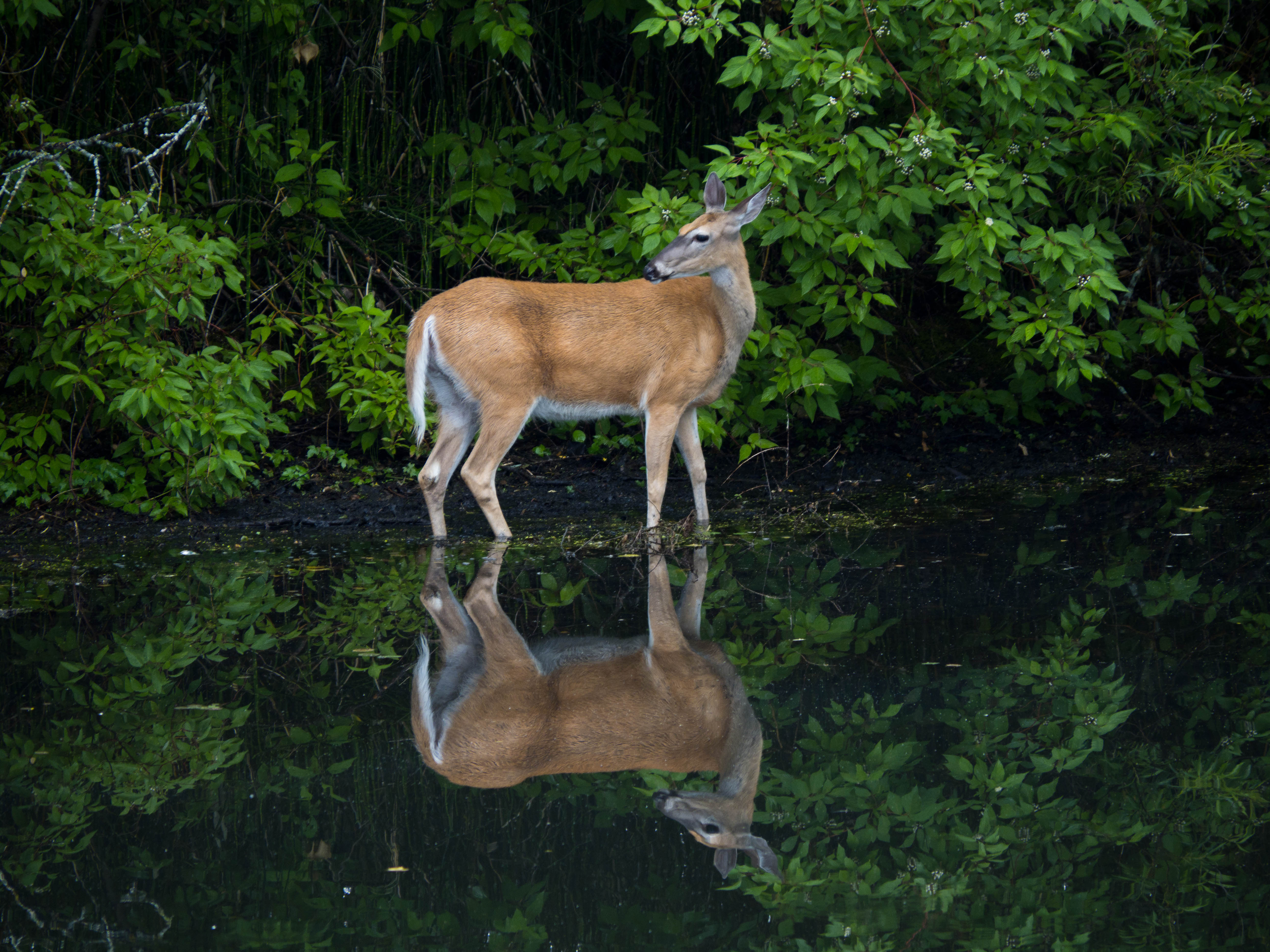 Here is a dragonfly (species unknown) waiting on our Columbine plant for the sun to warm it up. 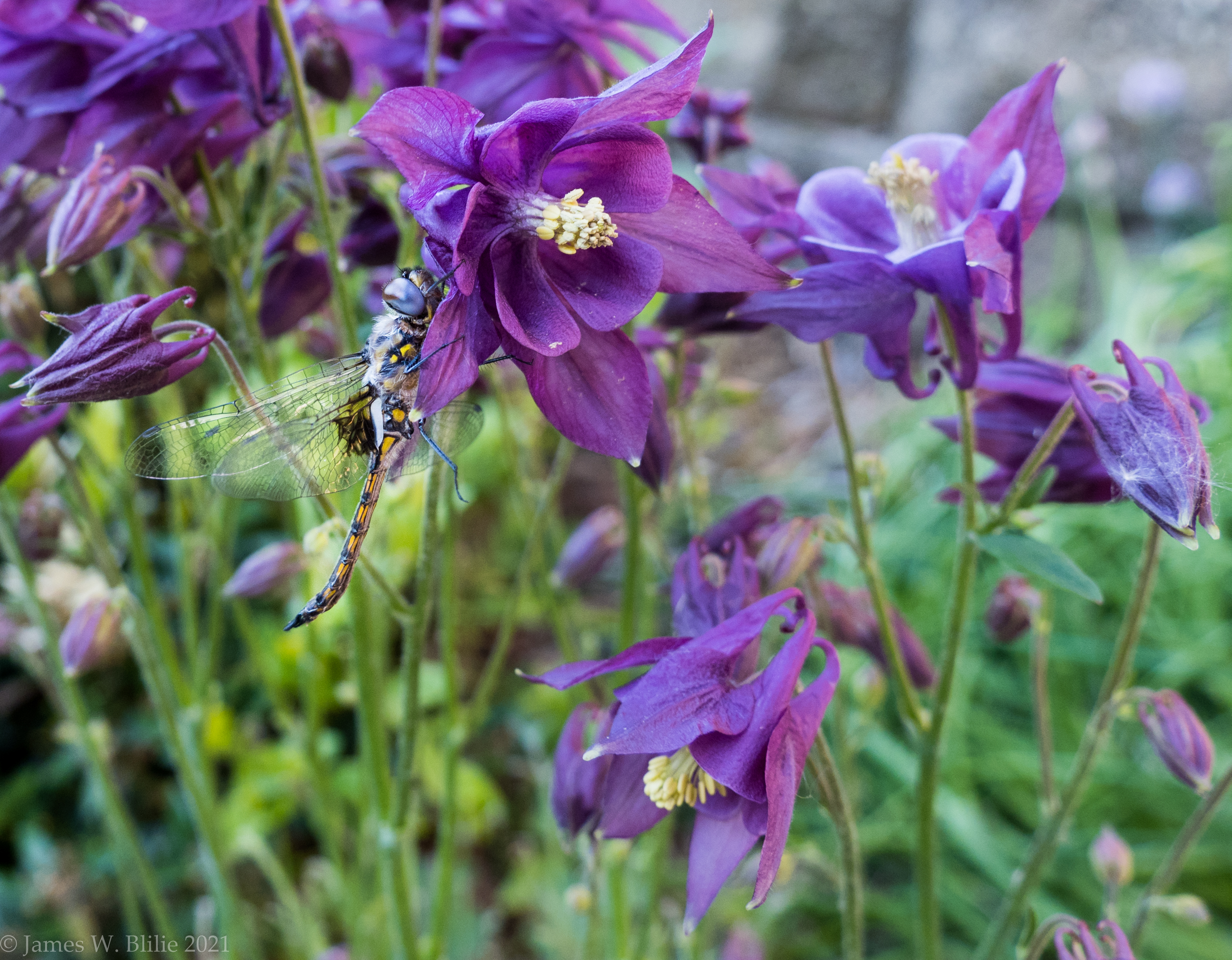 Seven (7) Painted Turtles (Chrysemys picta) on the “Turtle Island” I recently installed (anchored) in out pond behind our house.  This is the third version of Turtle Island I’ve launched (the previous two eventually sank – Minnesota is hard on floating objects). I think I have it down now:  The floats are garden kneeling pads which appear to be polyurethane foam.  Gentle ramps on all sides for easy access.  We enjoy watching the turtles basking in the sun.  We have also seen Spiny Softshell Turtles (Apalone spinifera) in our pond and common Snapping Turtles (Chelydra serpentina) are also very common. 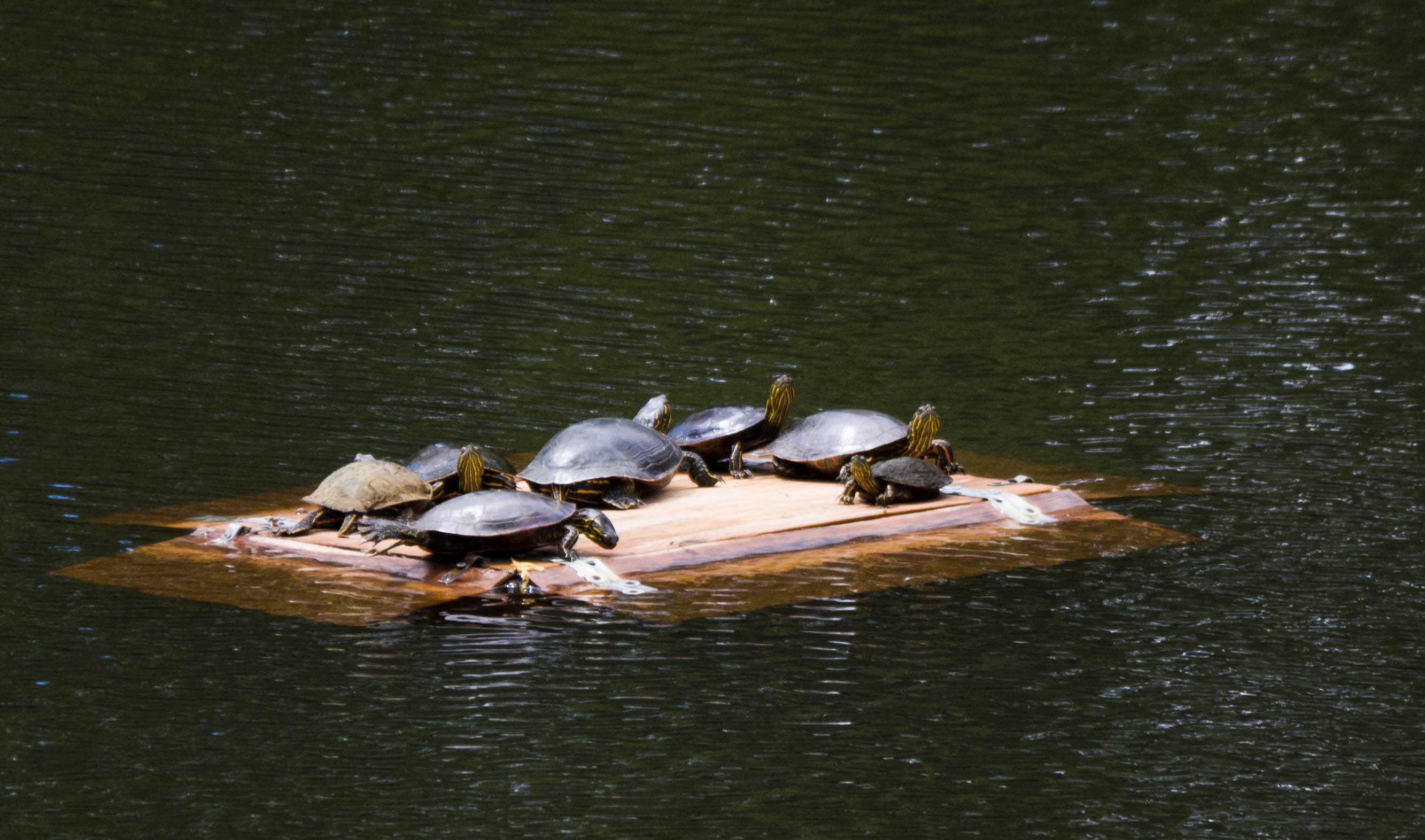 Our second contributor is Art Williams:

Here are some shots of a bedraggled red-shouldered hawk (Buteo lineatus) that frequents the neighborhood. I hear him squawking nearly every morning and finally was able to get some decent photos. He was perched on a frequently visited dead pine tree, holding his left claw in a weird posture. When he took off, you could see his missing tail and flight feathers, as if he’d had a really rough week. I kinda feel for the guy ( I think it’s a male due to the smaller stature), with his sore feet and bedraggled appearance; hits a little too close to home. 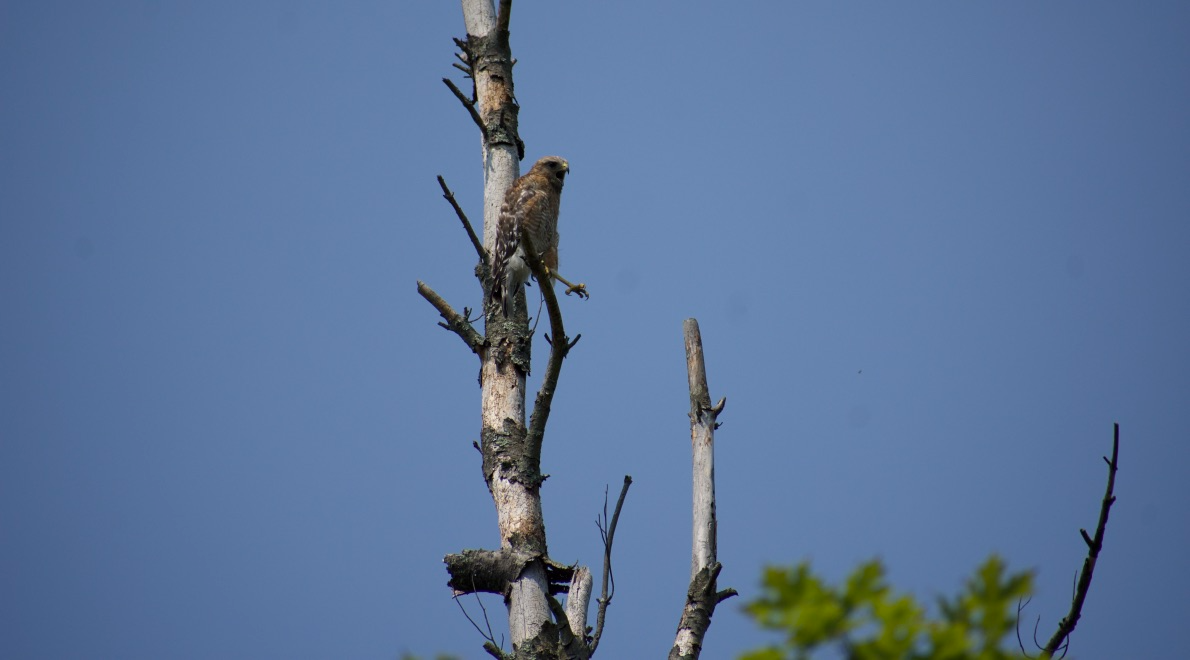 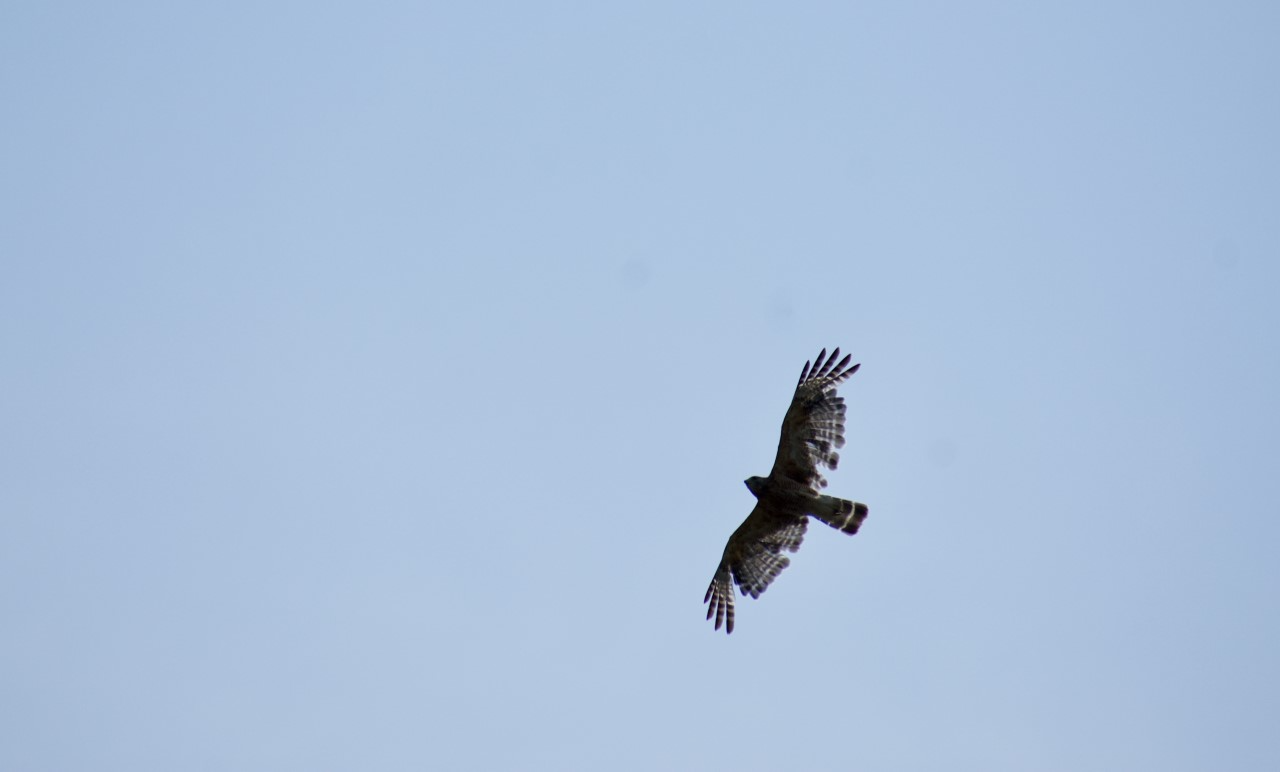 I threw in a random shot of a Northern mockingbird (Minus polyglottos) in flight, leaping from a dense, tangled stage that seemed to amplify her mid-morning glottic reverie. They’re known to be very aggressive, mobbing cats, hawks and even postmen. I wonder if this one was off to harry the hawk. 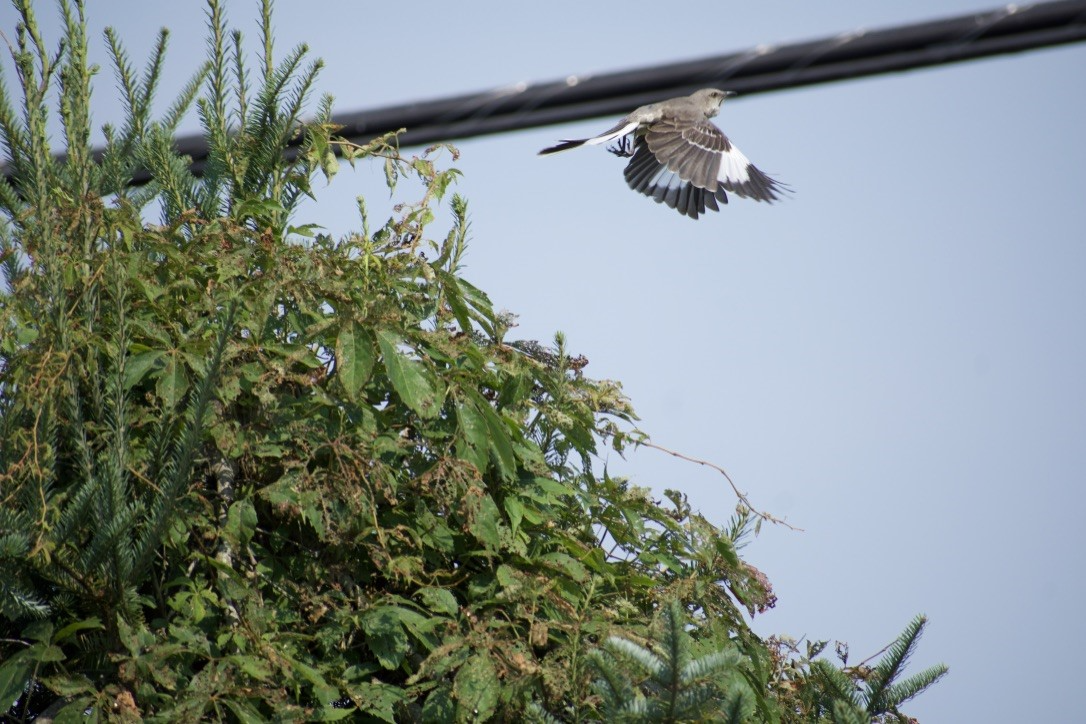 The fawn of a white-tailed deer (Odocoileus virginianus) was left on its own by a hungry doe as is prescribed by their DNA. The little guy curled up in our day lily (Hemerocallis lilioasphodelus) outcropping, beside a well-traveled suburban street, and no one was the wiser. 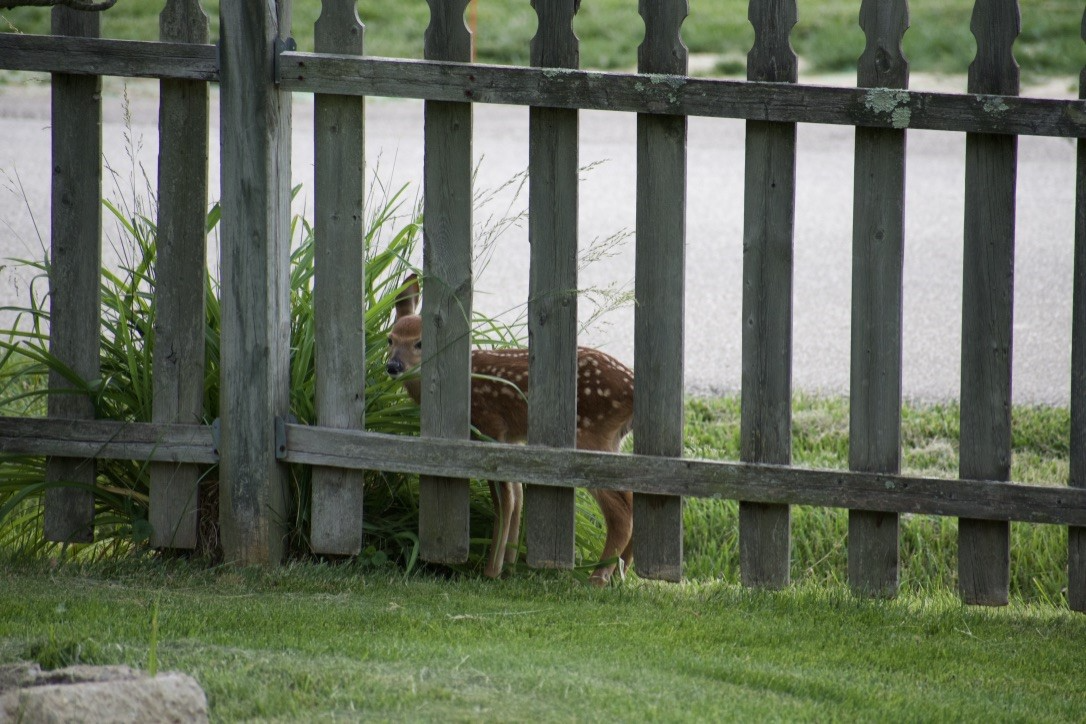 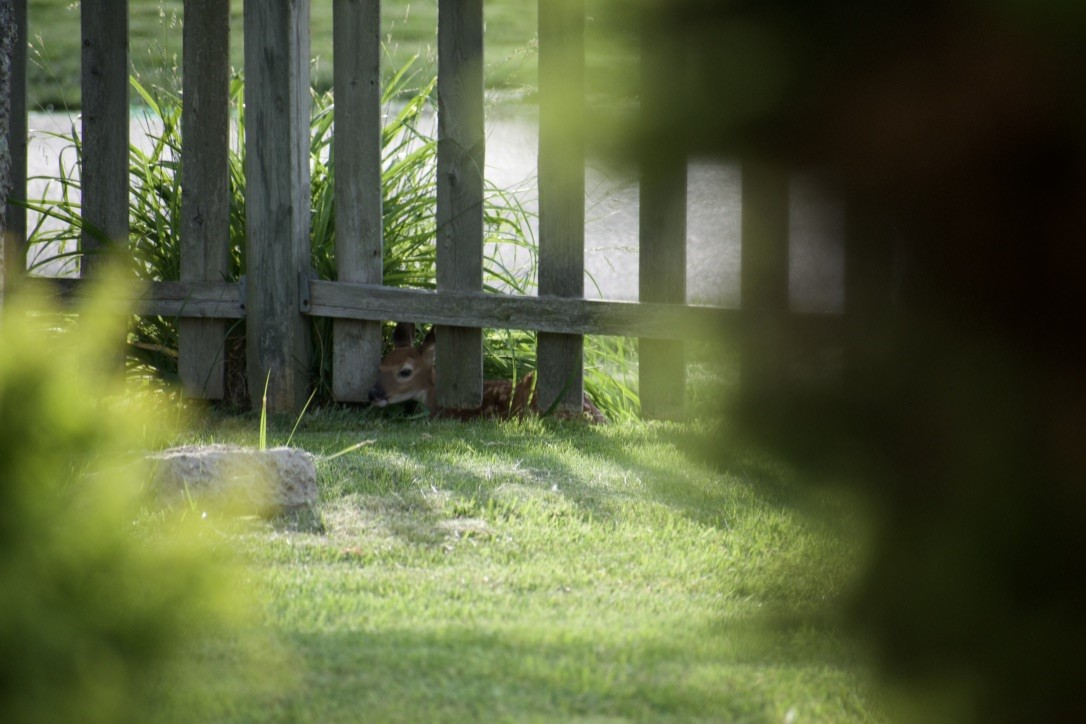